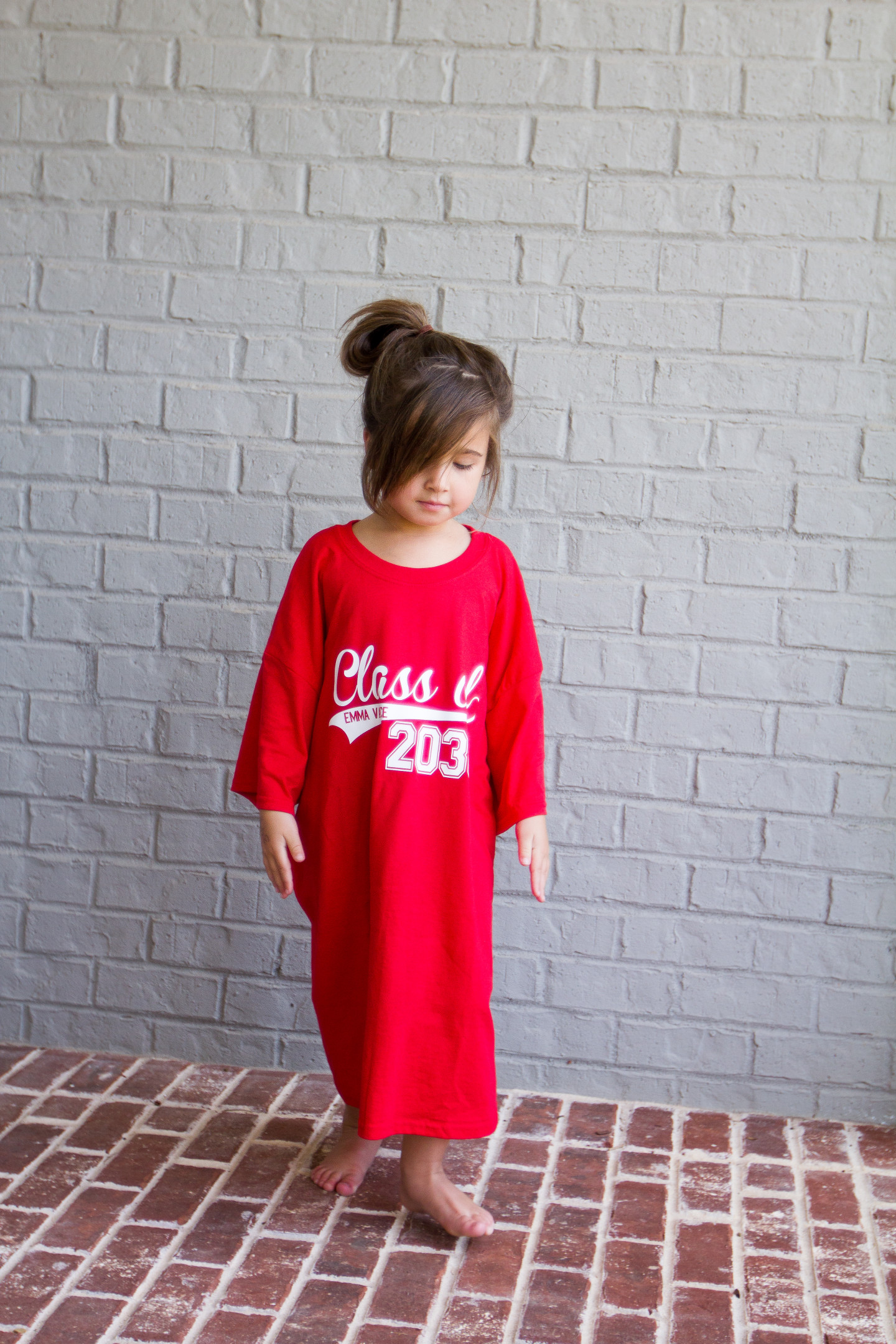 Well, the good news is that we have officially survived the first week of kindergarten!

The past seven days have been filled with newness, change, and adjustment as we figure out this whole elementary school thing. (The BIG challenge will come in a week or so when Cricket goes back to preschool and I’m juggling two school schedules. Yeesh.)

I’ve learned to navigate carpool, which hasn’t been too awful, but does take a while. I can’t quite decide if it’s best to try to sneak in at the last minute (risking having to do the Walk of Shame into the school because I didn’t pick up my child on time) or to get there reallllllly early to be the first car in line. What I do know is that the middle is the worst: all the wait time, none of the put-it-in-park-and-look-at-your-phone. The inch-by-inch drives me BONKERS.

The first day of school’s lunch was big but pretty sad, I have to admit, haha! I ran out of time to go shopping the night before as planned, so I basically scrounged together anything in the pantry and fridge that wasn’t last Halloween’s Tootsie Rolls. I’m just hoping the teachers were too busy to look at anyone’s lunches. Surely I’m not the only one who was in that boat? I’m currently trying to get in a rhythm of packing tomorrow’s lunch as soon as I unpack today’s leftovers. Our mornings are timed out to the minute, and there’s no room for the cutting of strawberries at 6:45. I need that extra two minutes of sleep. ;)

Speaking of mornings, we have slipped easily into waking up early, which I did not expect. We got home from Florida late last Friday night, leaving only two nights to practice early-to-bed-early-to-rise, which made me nervous. But it worked! I will say that Cricket is SO much more cranky waking up at 6 a.m., but we’re just going to have to let her work it out, considering this is going to be her reality until she’s 18. Figure it out, sister!

Uniforms have been fun so far. I was sad about not picking cute, unique outfits for E.V. to wear to school, but I’m realizing via social media that most kids apparently wear a lot of athletic wear in elementary school (or at least that’s what I’m telling myself, haha!) so I’m not as sad about missing out. Plus we do have some mix ‘n match options within our uniform policy, so I’m living it up as much as possible. Oh, the exciting life of a mother!

The hardest thing about this week has been Emma Vance not really wanting to talk about school. I’m just so dang curious! During carpool I’ve got a little bit here and there, but mainly two things are being said on repeat:

1. “It’s boring. We have to walk everywhere and be silent.” Ha! Welcome to adulthood, little one!

2. Lies. Oh, the lies! They crack me up! E.V. has already figured out that she’s my main source of information, so she’s tested out fibbing this week. I’d be mad, but it’s honestly too hilarious to be angry about. The most consistent lies have been about their class pet (which is non-existent). First it was “a turtle that died.” Then it was “a monkey, a white monkey, a snow monkey…named Ms. Bananas, no, Ms. Lines.” Now it’s “a frog that only eats cat food.” See what I mean? HILARIOUS.

I’m going to attempt not to ask many questions this week and see what I get. Play it cool, Talie. Play it cool.

The other hardest adjustment has been feeling like Emma Vance is gone for.ev.er during the day. I get anxious around 1 or so everyday, feeling like she should be home soon. I assume that will fade soon, too.

Friday I was SUPER excited for the weekend (even though Saturday morning Cricket woke up at 6:30 anyway). I had forgotten how wonderful that Fri-yay feeling is when you’re beholden to a normal school schedule. Woo-hoo! Saturday we spent all day at the pool with friends, and then Sunday was Promotion Sunday at church. Cricket is now in a 3/4s class in Waumbaland, and Emma Vance moved up to the elementary school environment, UpStreet. (I’m involved at Waumba, but I’m totally clueless about UpStreet.) And when we picked her up, E.V. gave about ZERO information again, so I’m sensing a theme to growing up. So not fair. ;)

Now it’s time to start all over again in the morning! Cheers to another week of KINDERGARTEN! Only 176 more school days until summer. ;) 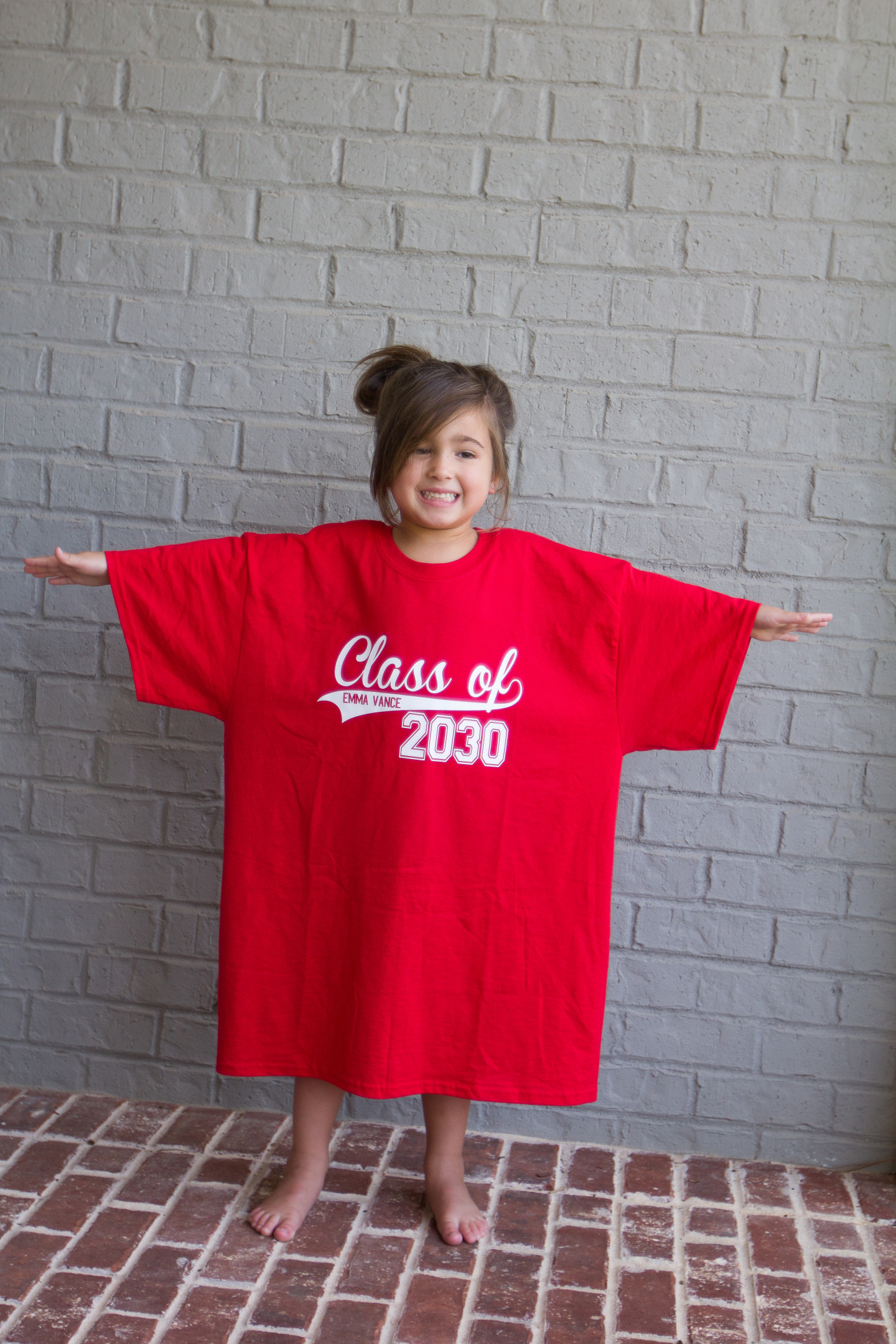 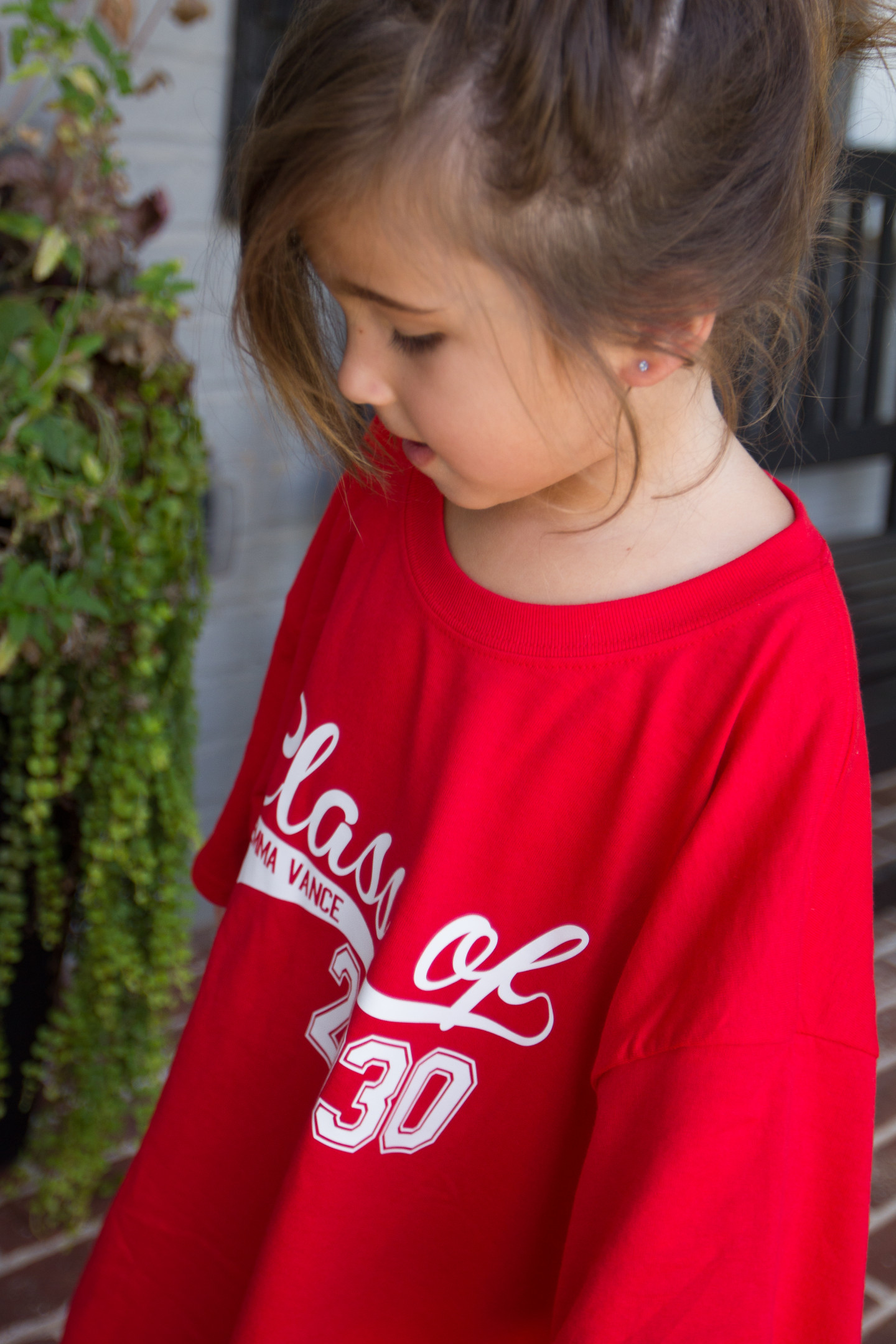 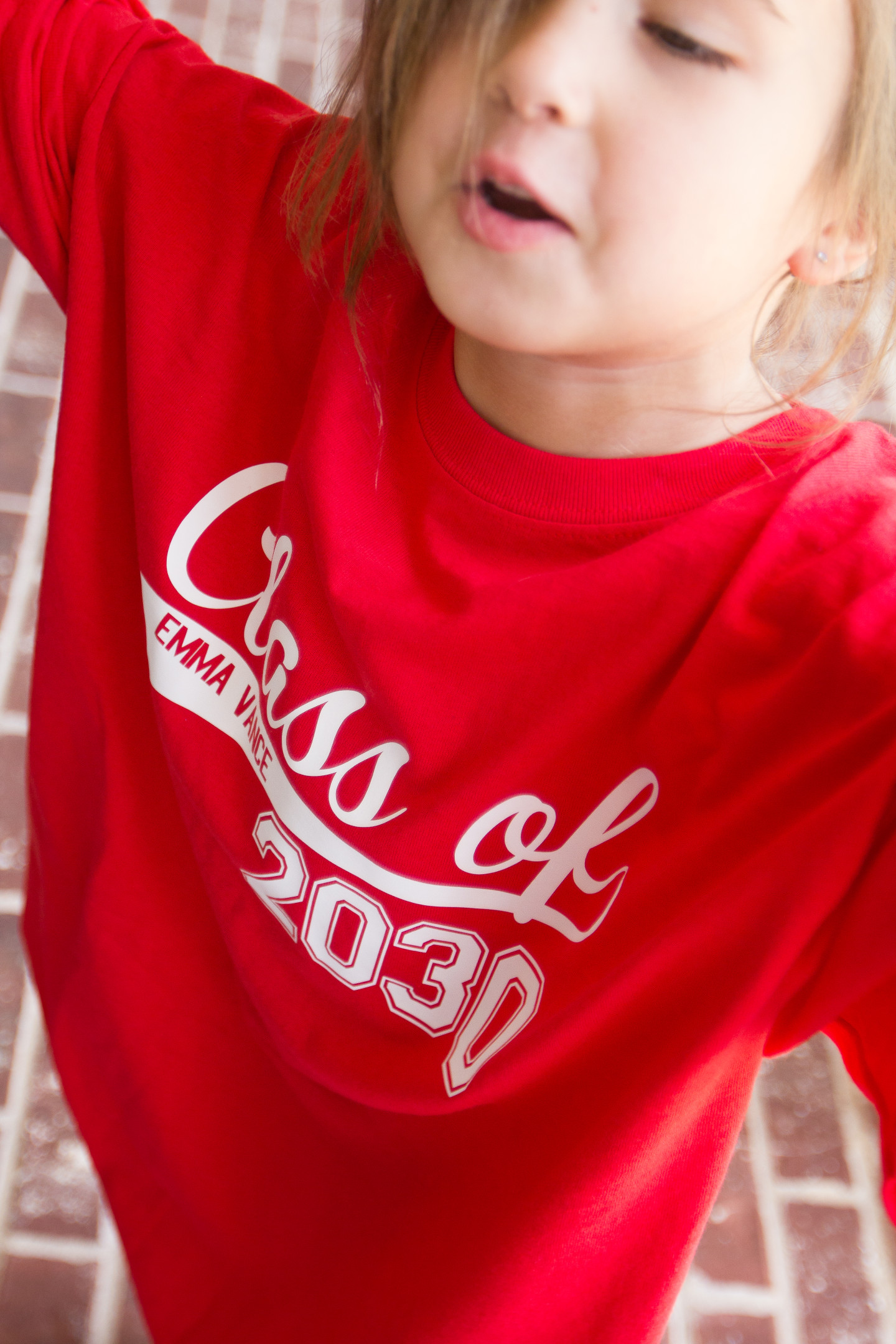 Cricket trying on Big Sister’s uniform (inside out and backwards). She’s so jealous! 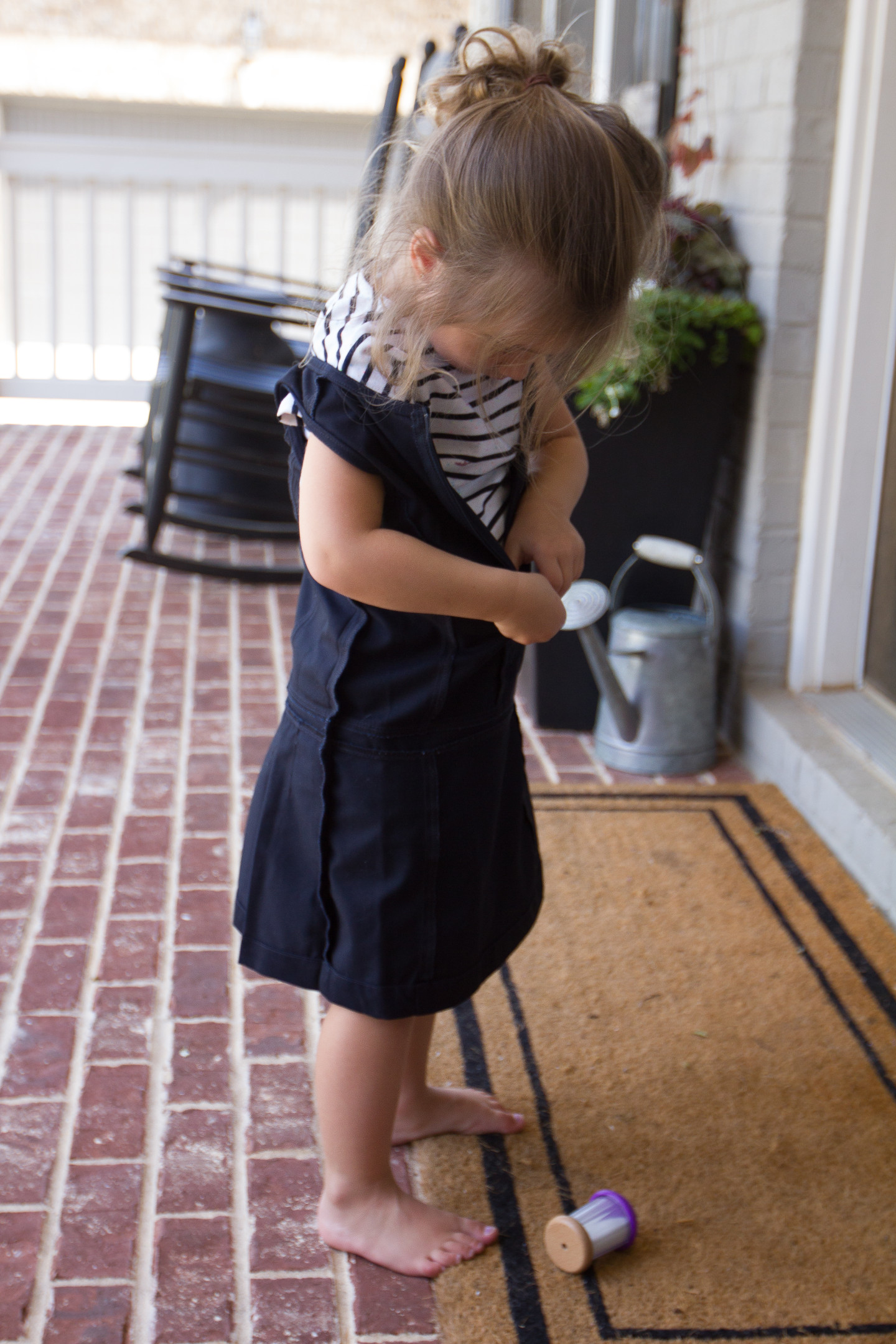 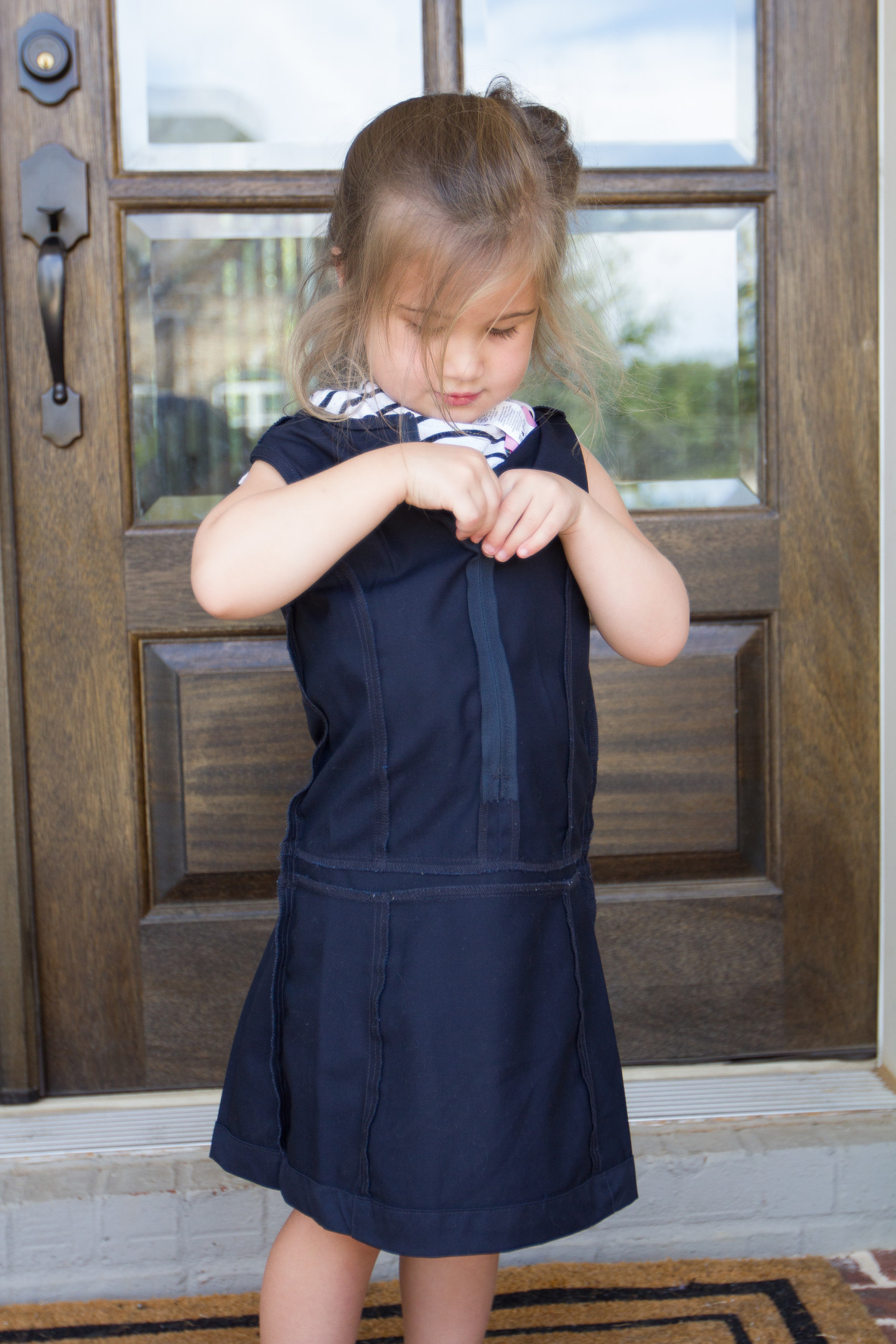 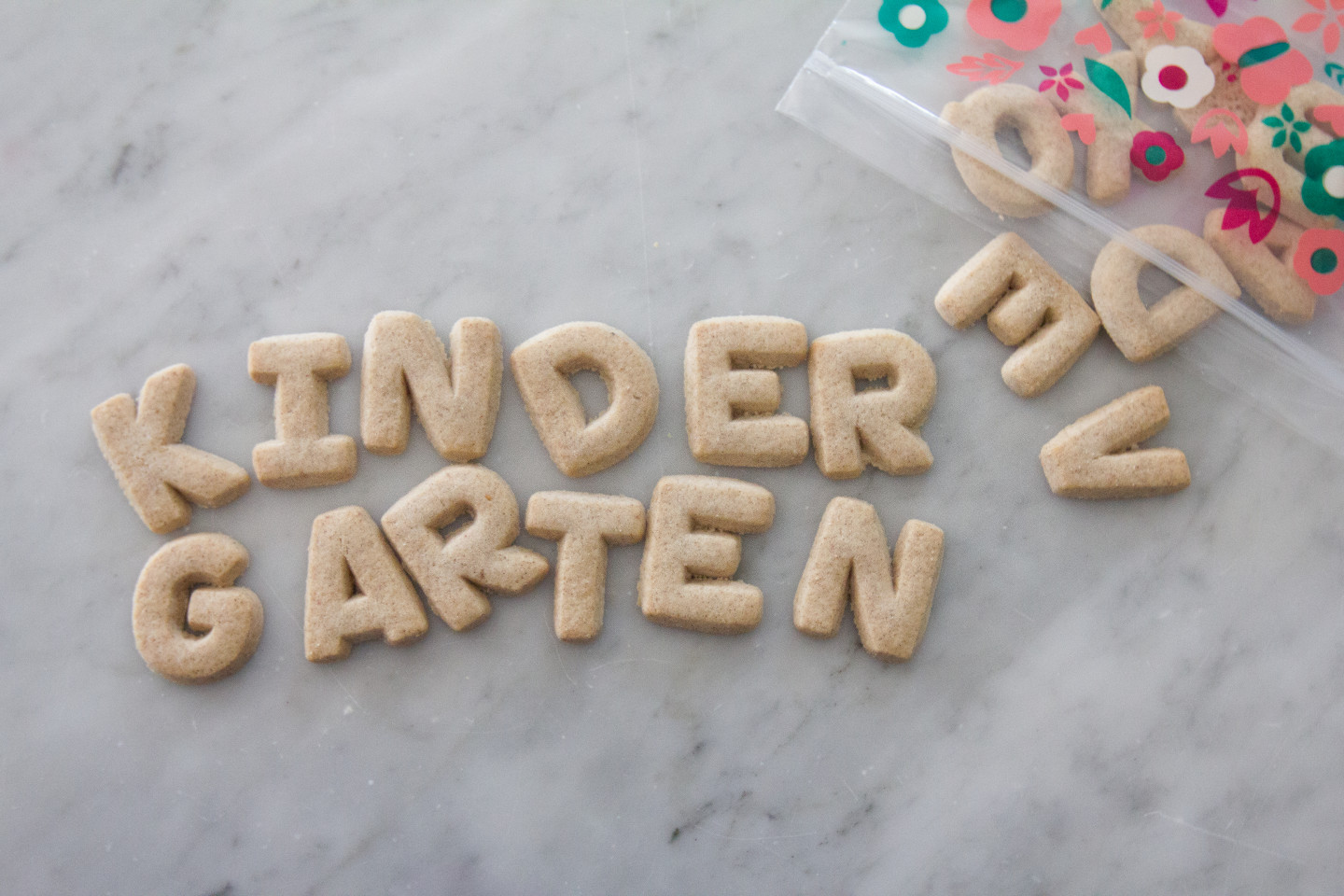 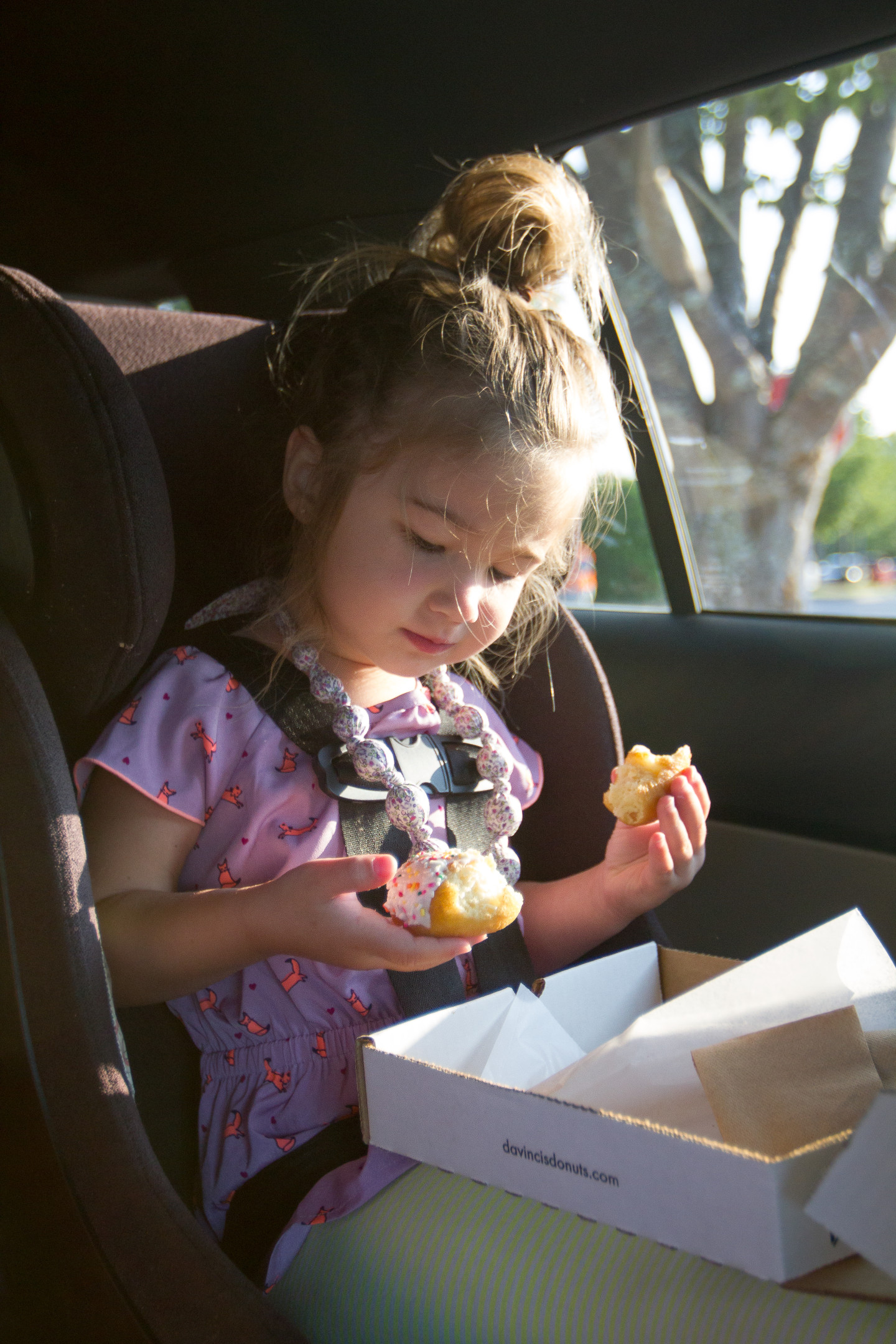 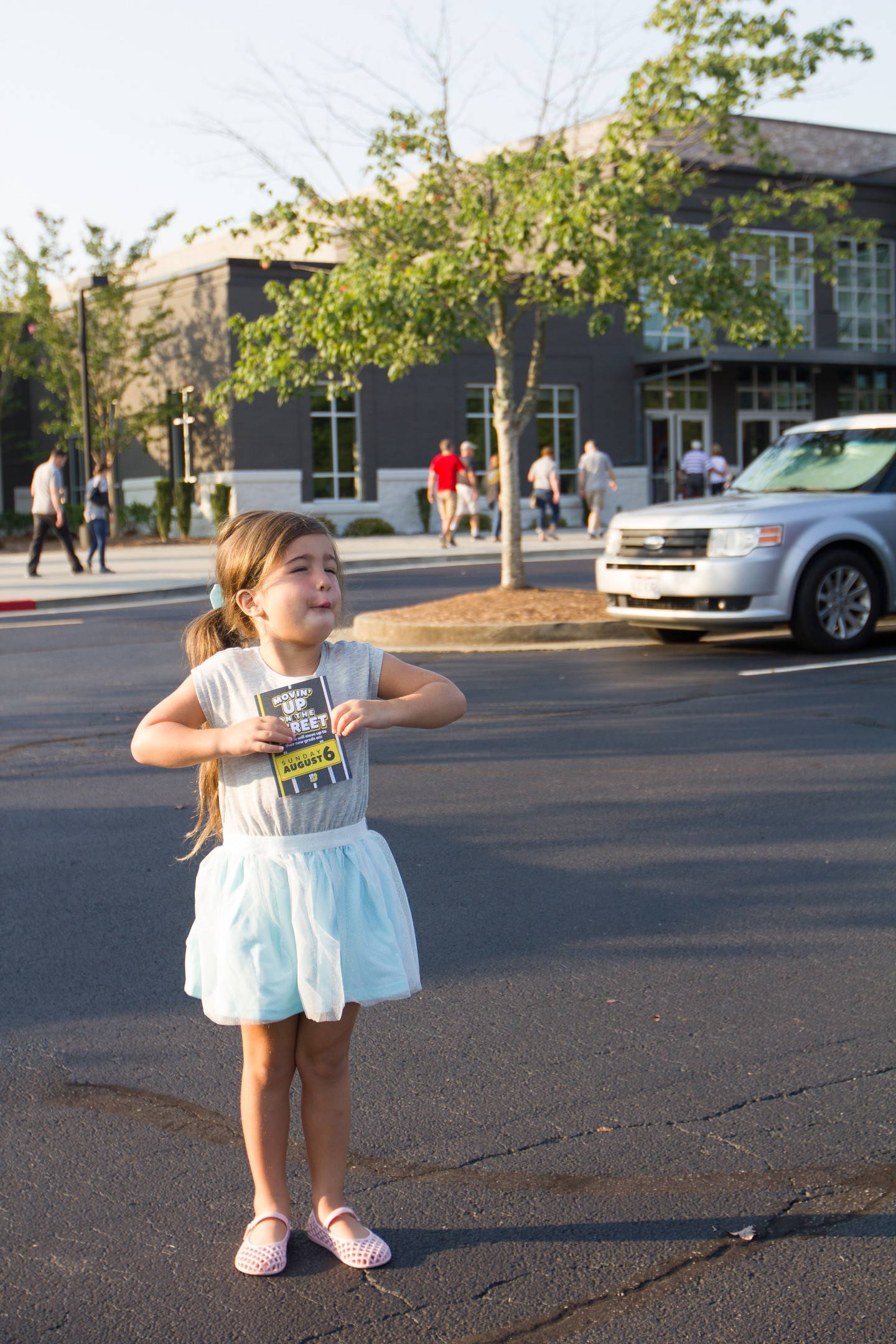 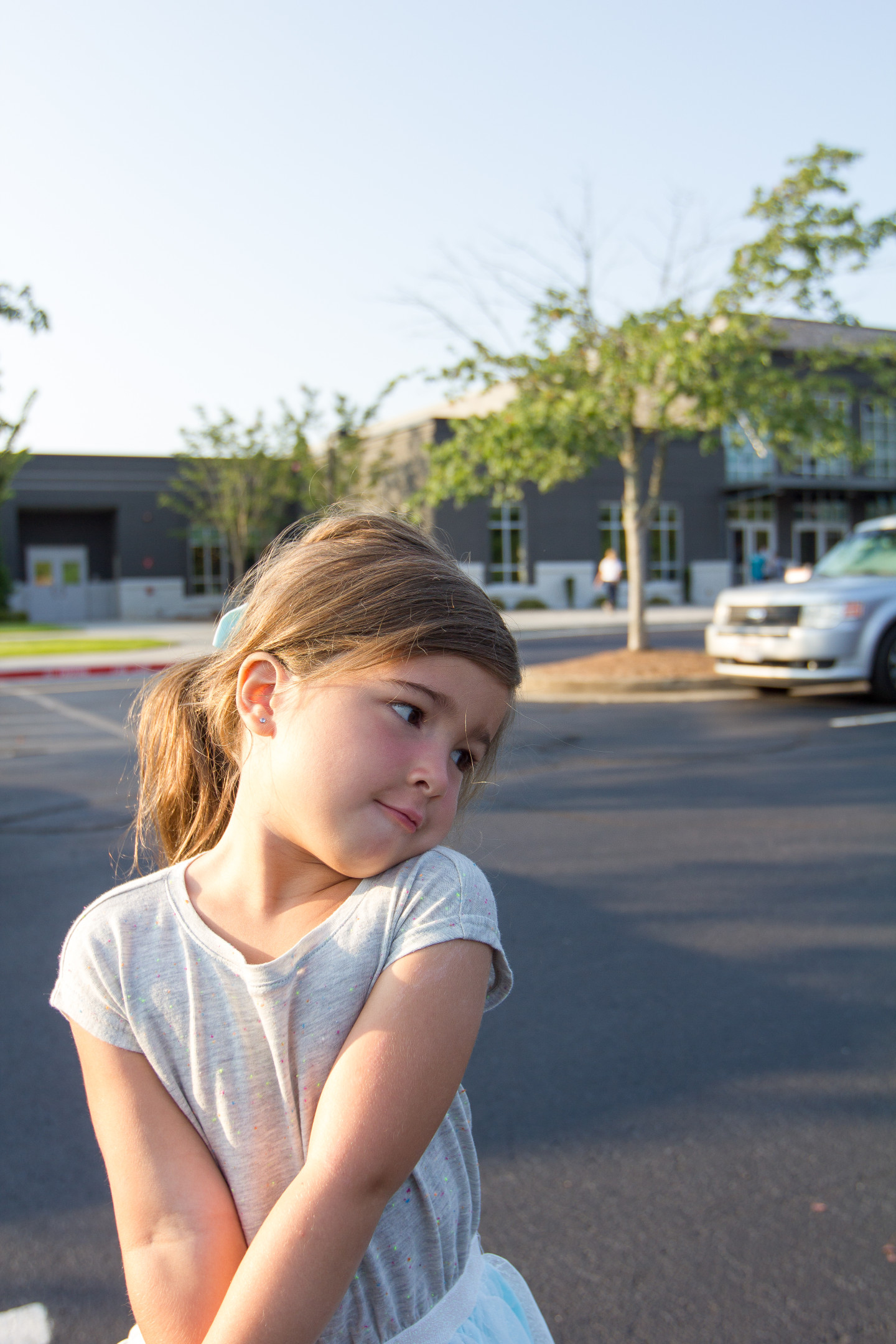 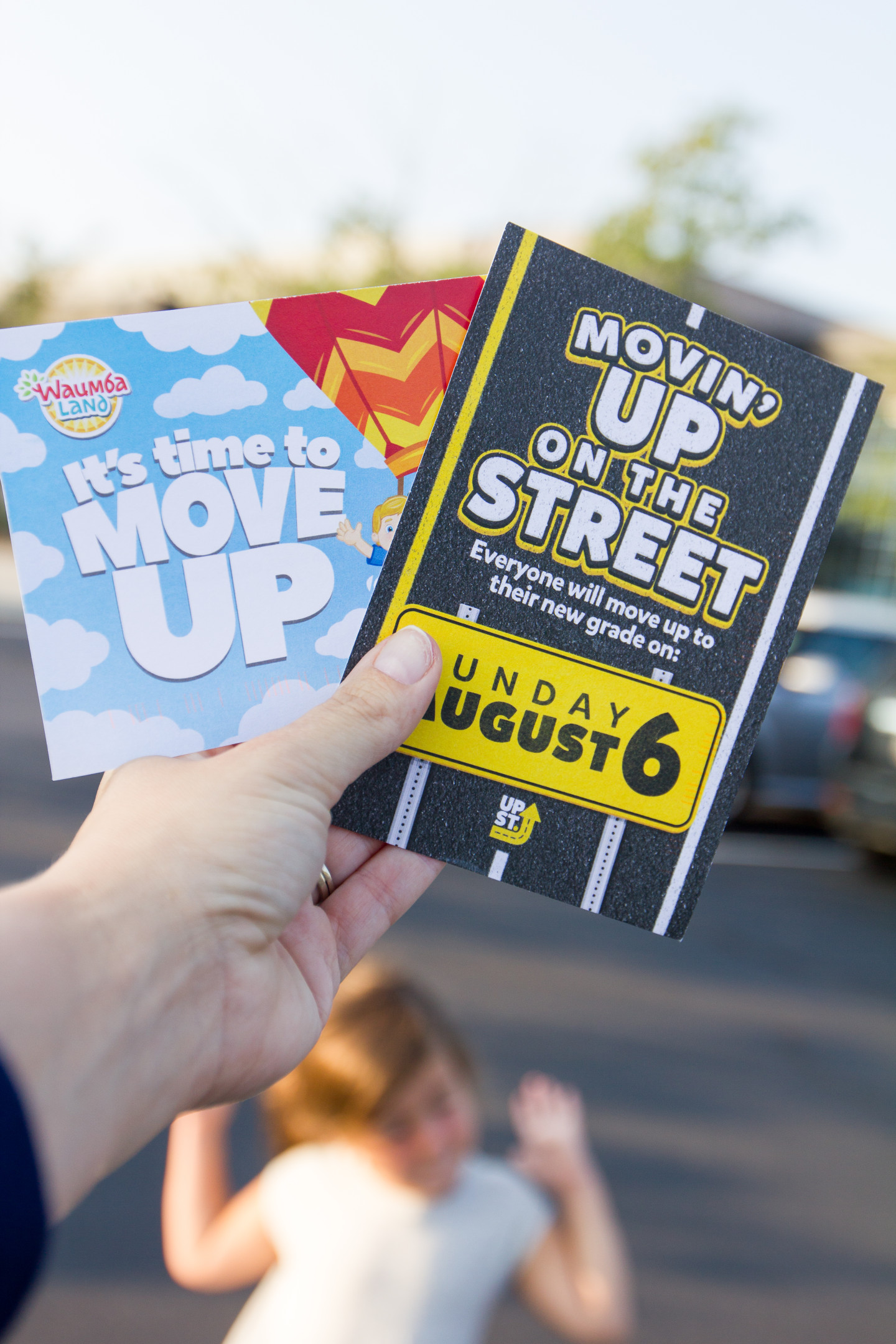 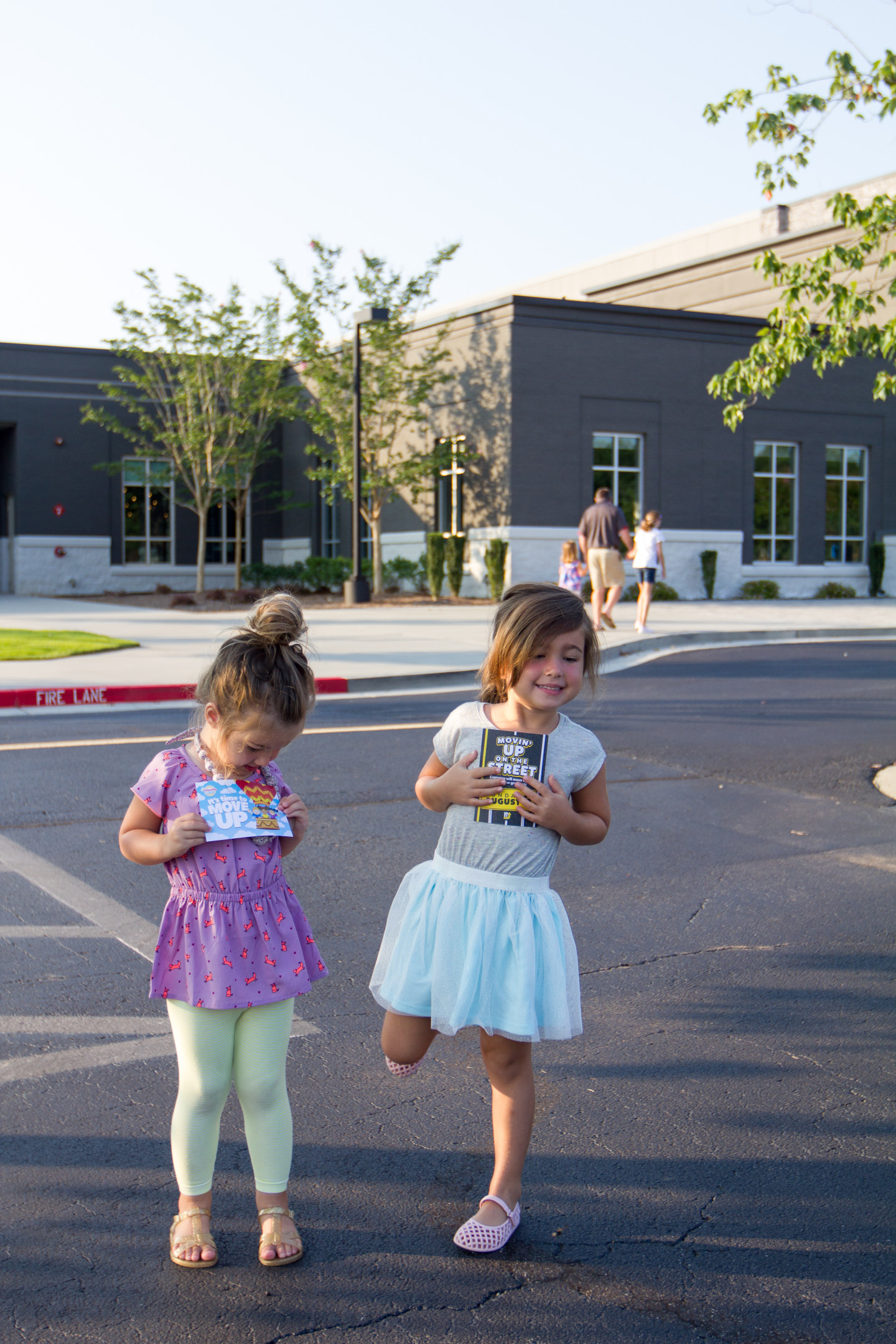 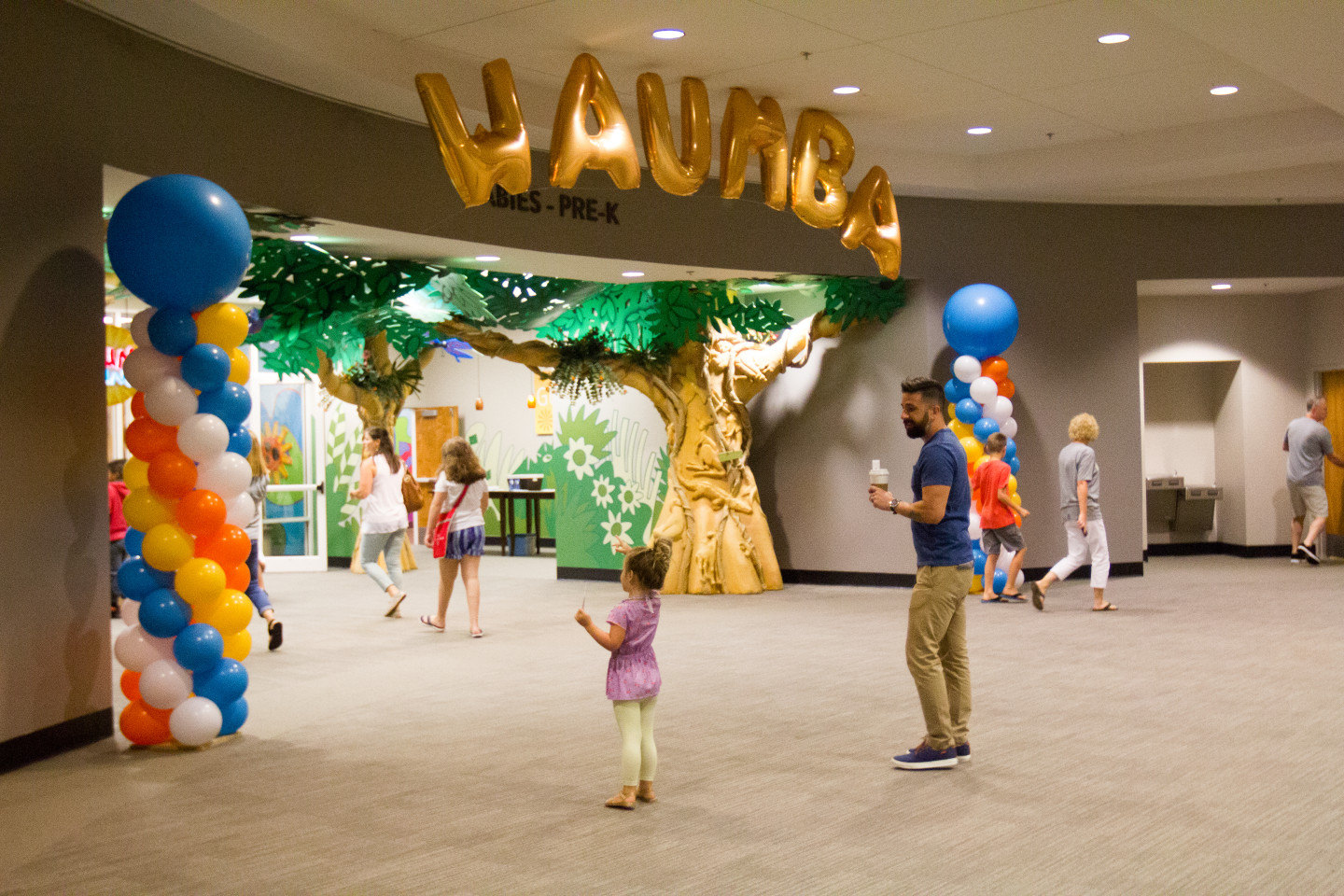 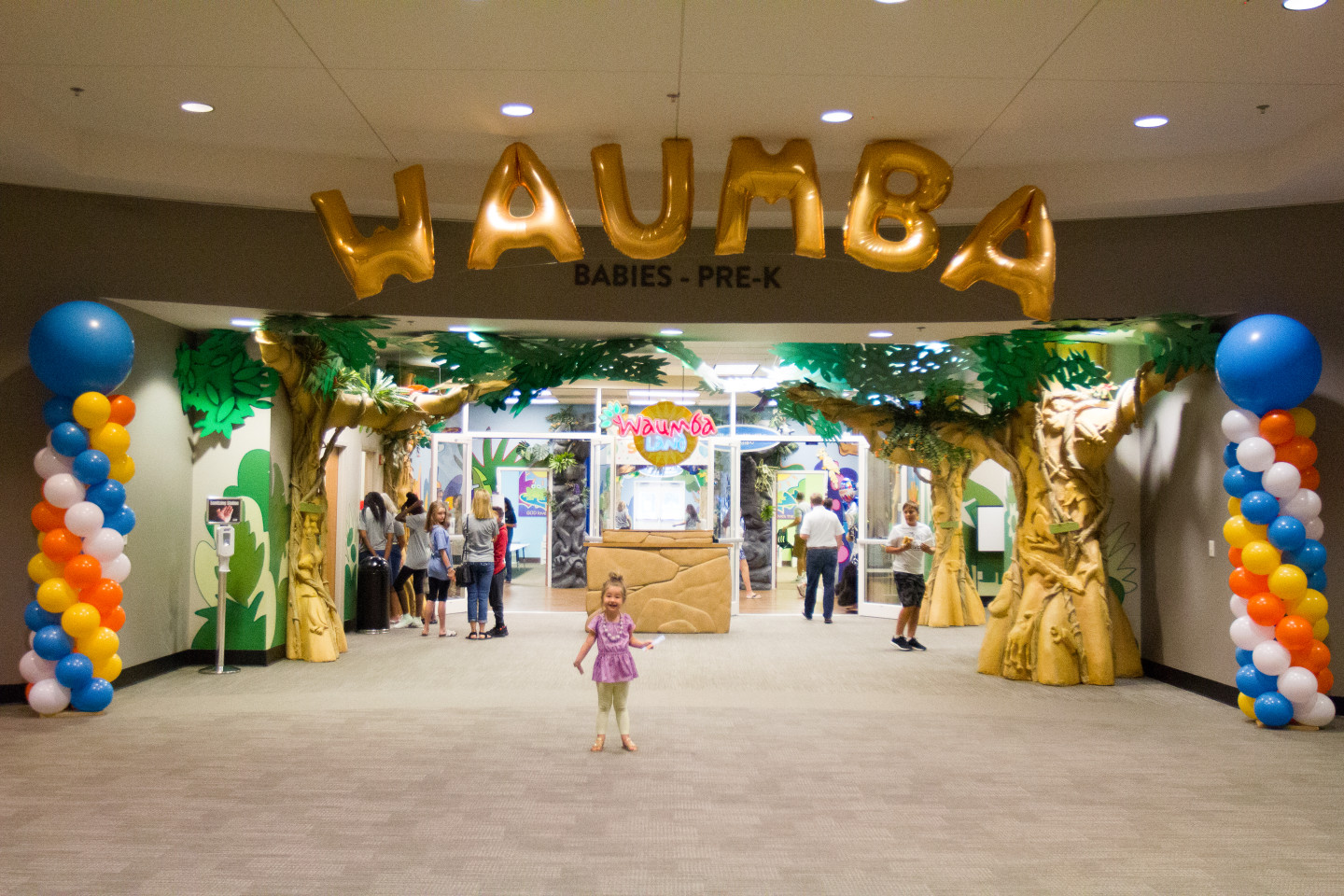 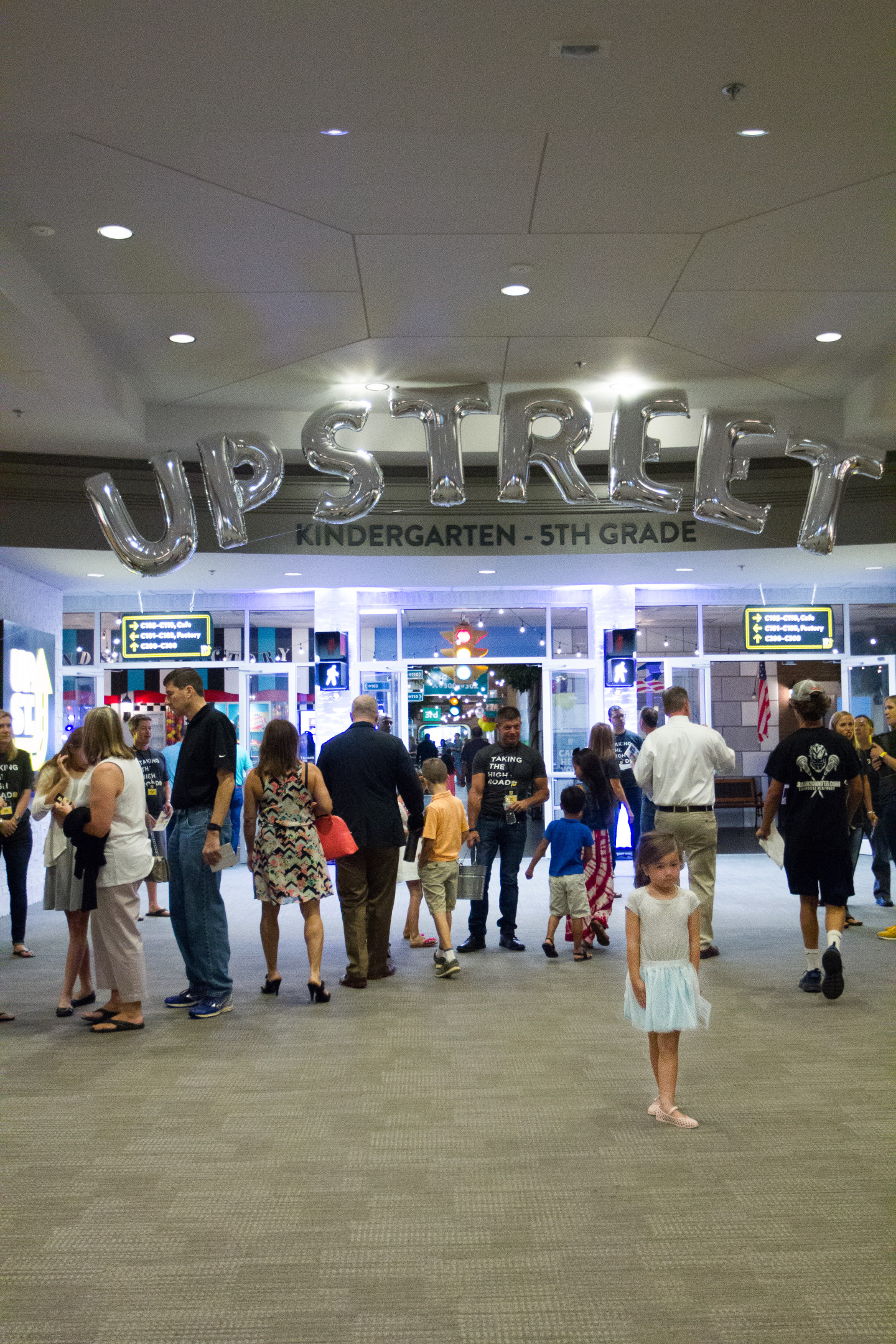 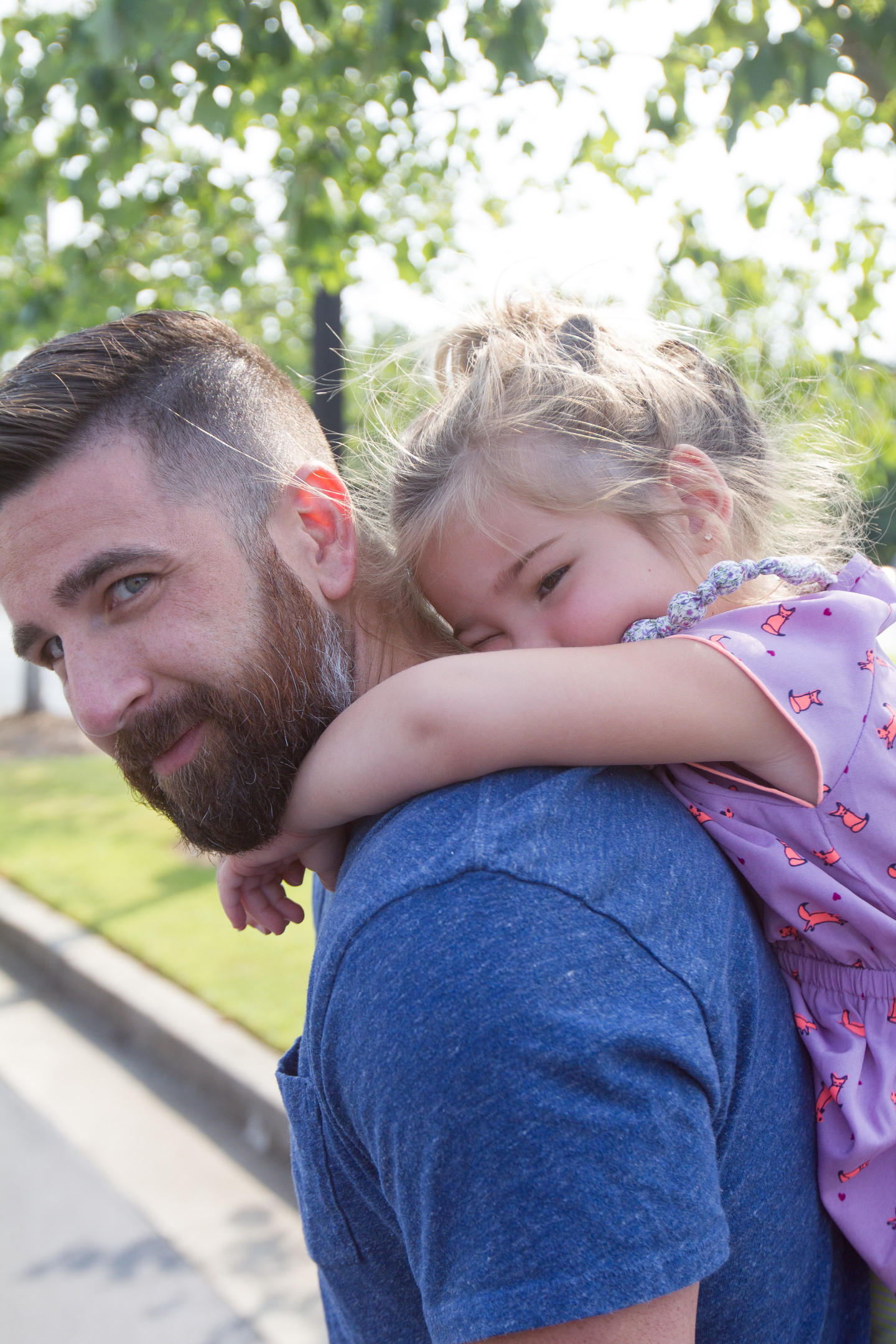