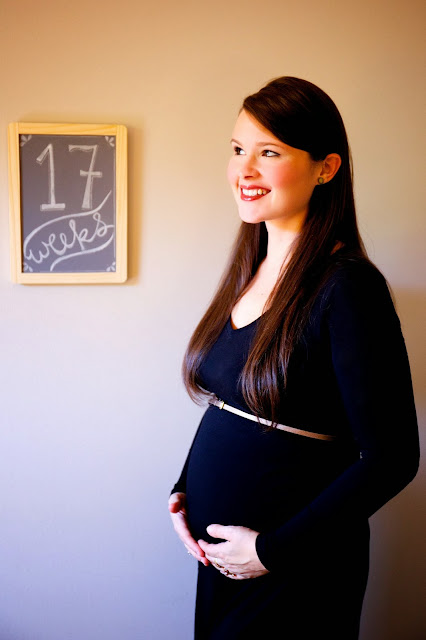 It officially happened this week. I was casually perusing the racks at J.Crew when a saleswoman approached me, sweater in hand. “You might like this; we sell a ton to pregnant women because of the open waist style,” she said as she shoved it into my hands. Oh, okay…I guess I finally look pregnant enough for people to openly comment on it now! I was utterly confused for a moment, though, and took the sweater from her in stunned silence. I then immediately ran over to ask Ryan if he had said anything to the salespeople about my being pregnant, a question that was met with a confused look and frown. That confirmation made it official: Strangers can tell I’m pregnant and not just fat! I suppose I should celebrate that I actually have a baby bump and not just a burrito belly, right? :)