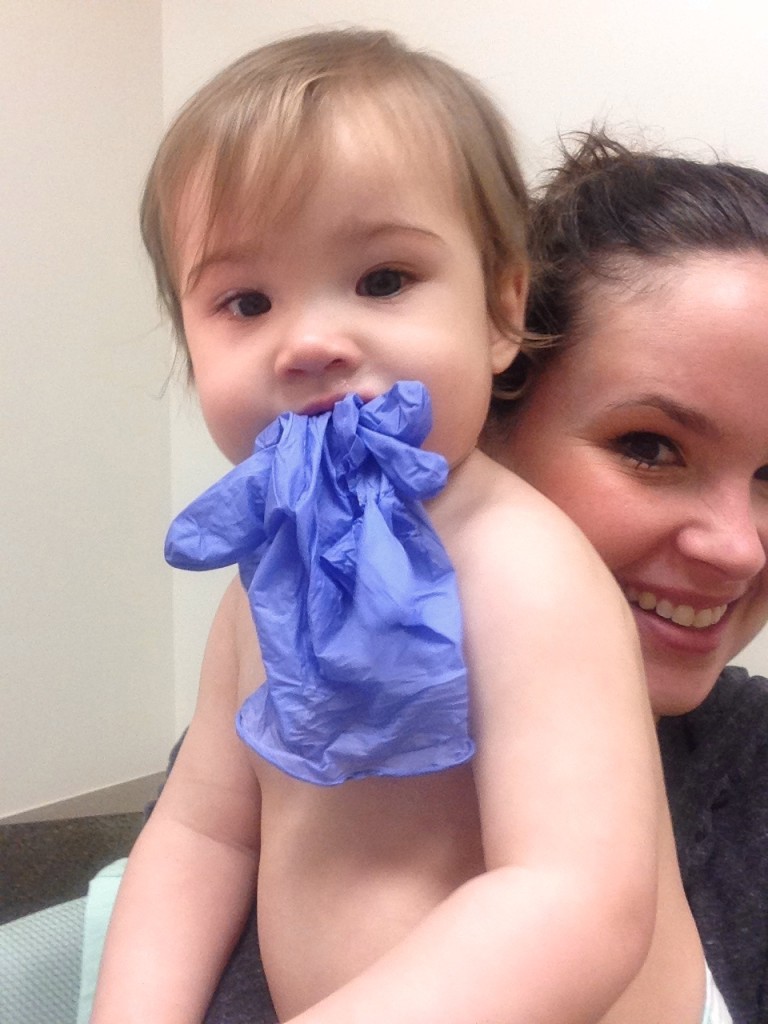 I feel like we’ve been living at the doctor’s office over the past few months. We’ve been so often that the nurses actually made a comment about it the other day, and I blushed a little as I replied, “Well, this time we’re just here for Cricket’s annual check up.” Which was a half-truth. I mean, Cricket was there for a routine exam definitely. E.V.? Well, it was not so routine of a visit for her. A month or so ago she started limping, which caused us concern, so we piggy-backed on Kit’s appointment just to have the doctor take a look at her.

I’m still a bit in shock when I try to cope with the idea that it’s been a whole year since Cricket joined our family, but I suppose one day I’ll manage to come to grips with it all. This appointment was the final “one year” milestone for Cricket, and so it was very bittersweet for me.

As for our actual appointment, it was relatively ordinary — fish tanks were tapped, tongue depressors were played with, havoc was wreaked, stickers were given…you know, the usual. Of course we did have a poop incident (yay for potty training — not), determined that E.V.’s awkward limp isn’t anything of concern (whew) and figured out why Cricket’s been so miserable lately (ear infection), but all of that sounds like a normal day for us around here, haha!

At 12 months old, our sweet Smiles is tall, lean and big-headed. She measured 29.75  inches tall (80th percentile), weighed 20 lbs. (50th percentile) and had a 46.2 cm head (80th percentile). She’s on-track for all of her major developmental milestones — and, most importantly, as happy and as healthy as we could hope for! 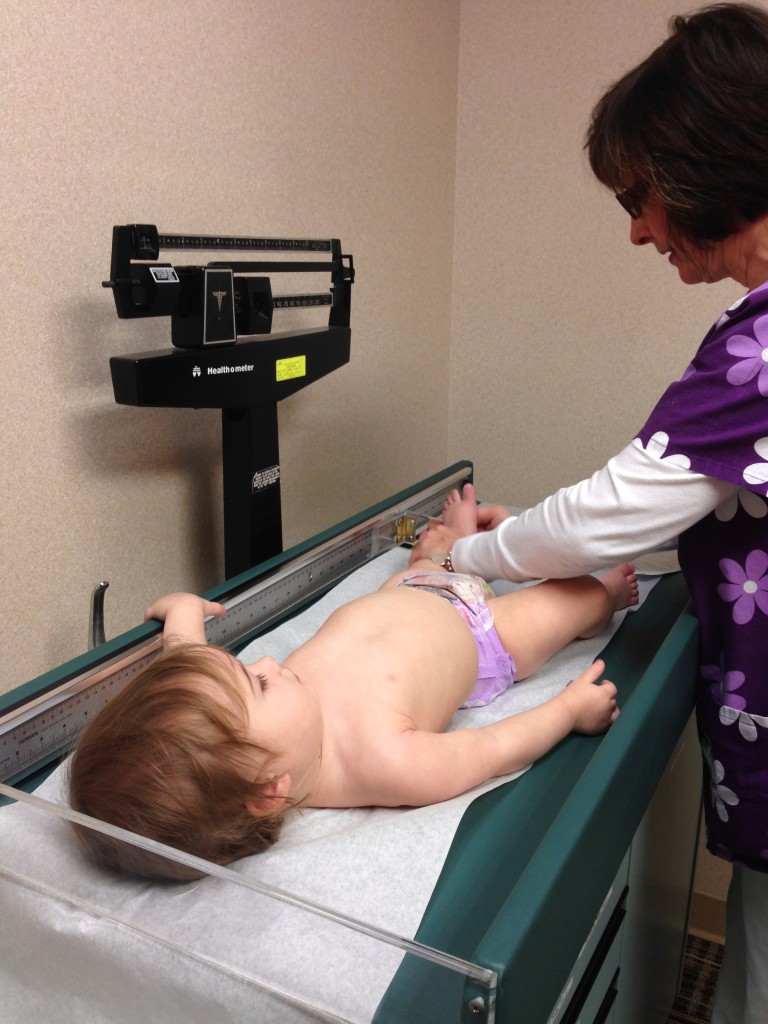 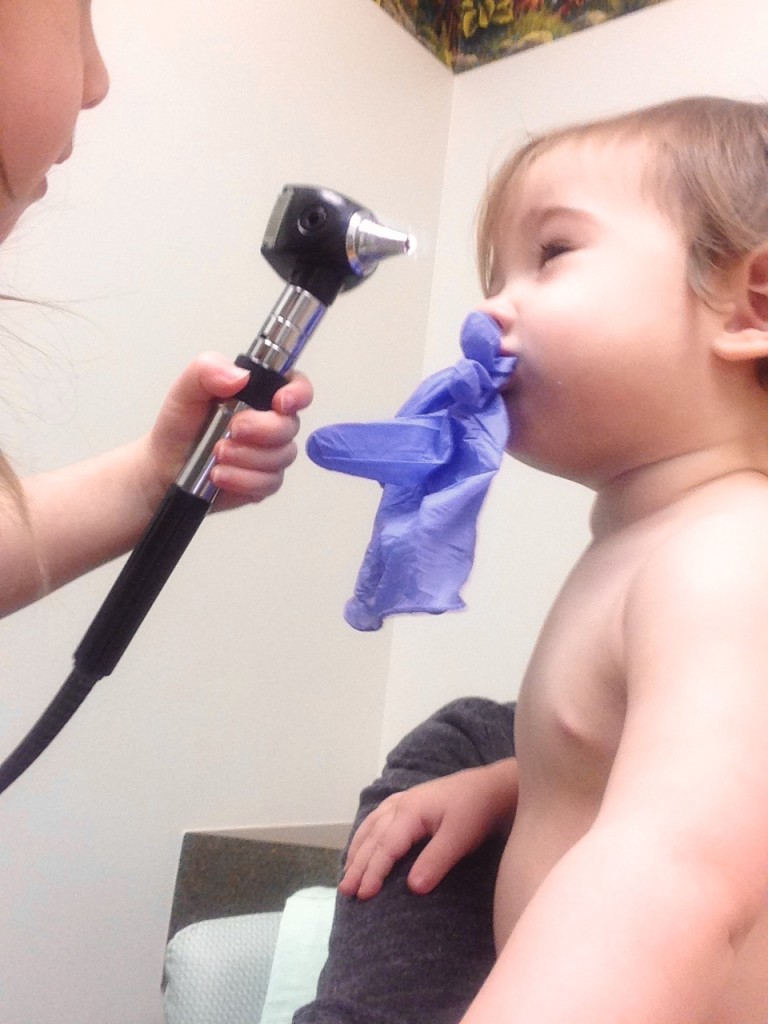