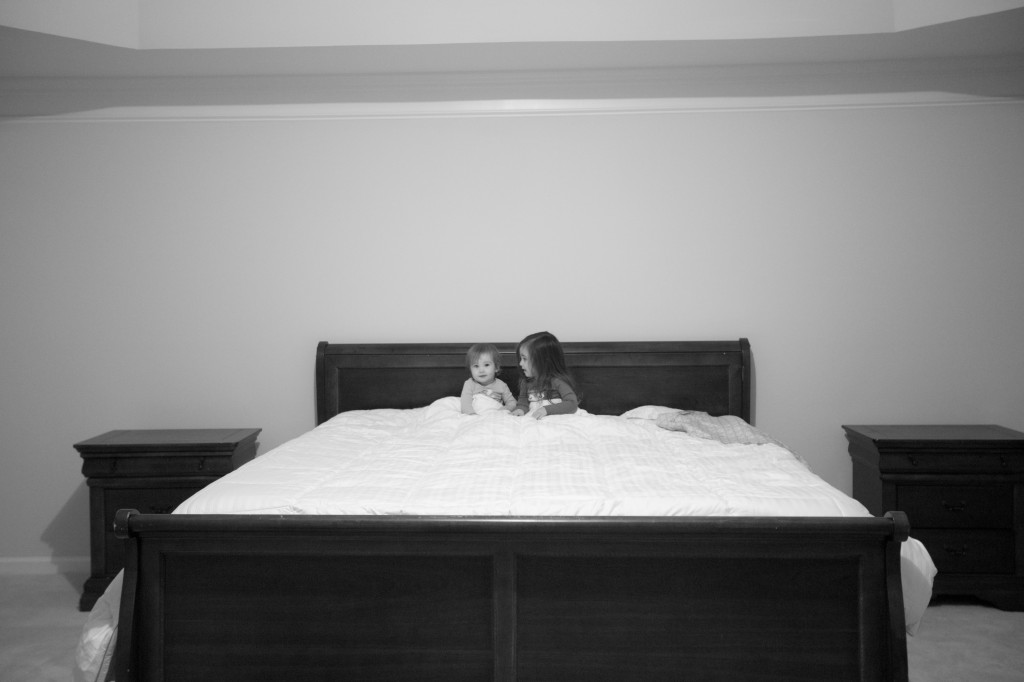 So, I’ll have to post about our actual move later on (considering it’s still not yet over), but last night was our first spent in the new house! YAY!

I hadn’t planned on sleeping in our new home until later this week, but Ryan was eager to start our new live ASAP. Last night was a bit of a camping trip, with one set of clothes, a few towels and some makeshift bedding. E.V. was a wild woman (and Cricket followed in suit), running around like crazy, refusing to settle down easily, and overall just being plain ol’ pumped to be in her forever home. (It was actually quite funny and sweet.) Yesterday was a loooong moving day with no naps for my toddler, so when she finally climbed in her crib and began falling asleep I was relieved…until we realized that her room gets SO MUCH LIGHT. The moonlight was pouring in her windows, lighting up her tiny body in the dark of night. It was beautiful…but totally impractical. Emma Vance stirred and cried several times, and since Amityville was a dungeon, I don’t blame her! She probably thought it was morning each time she awoke, haha! Needless to say, blinds are now the next project on my list. After finishing the move, of course. (Lord help us! Yeesh.)

One night down…a million to go! :) 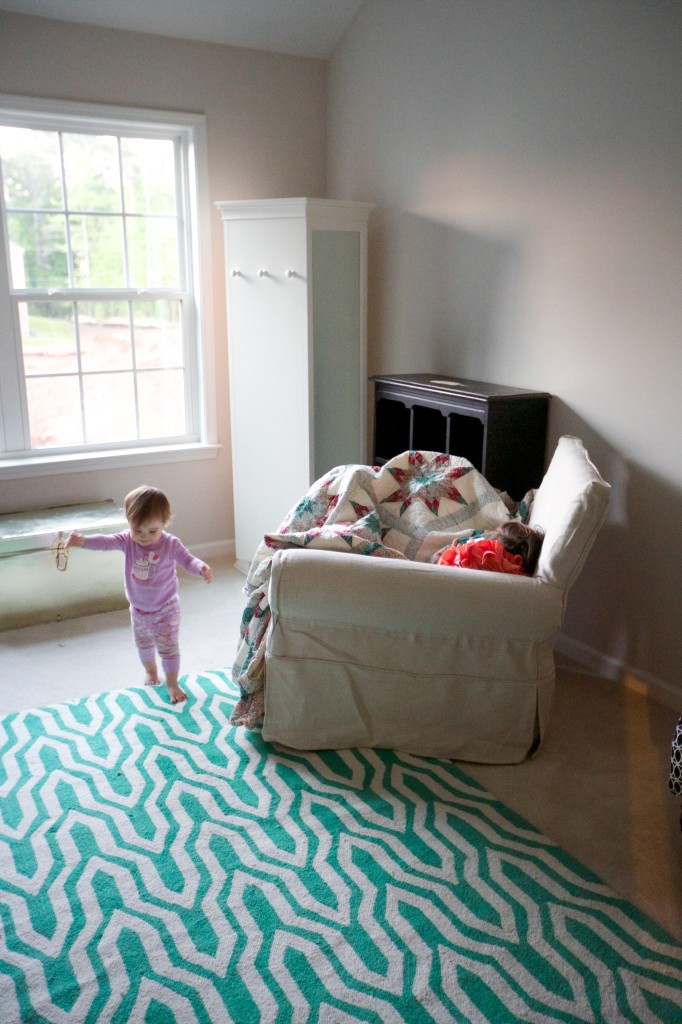 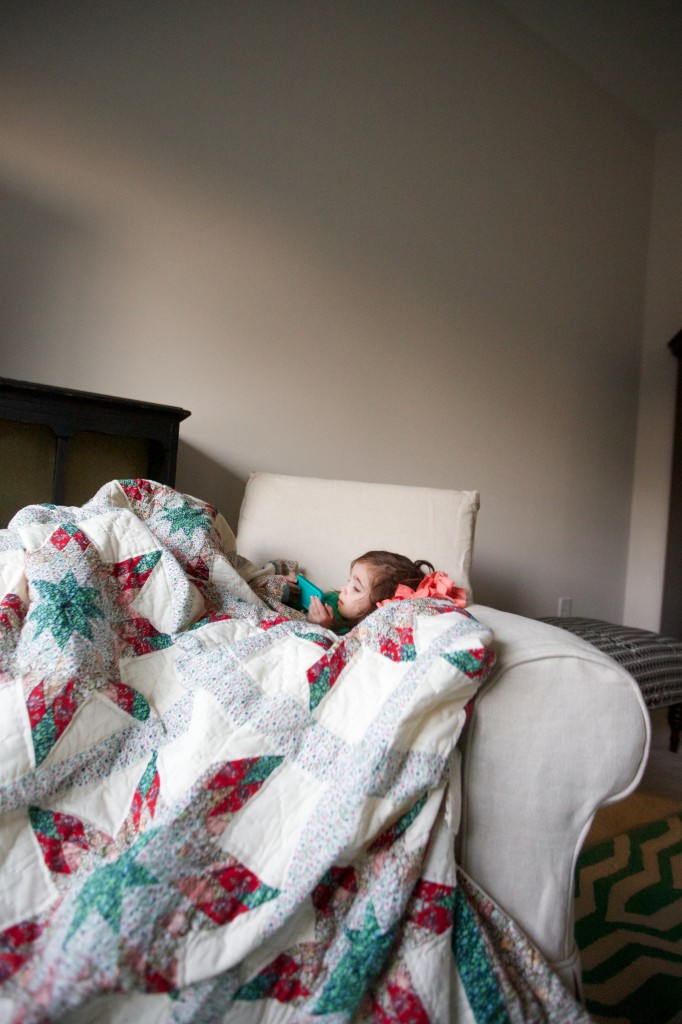 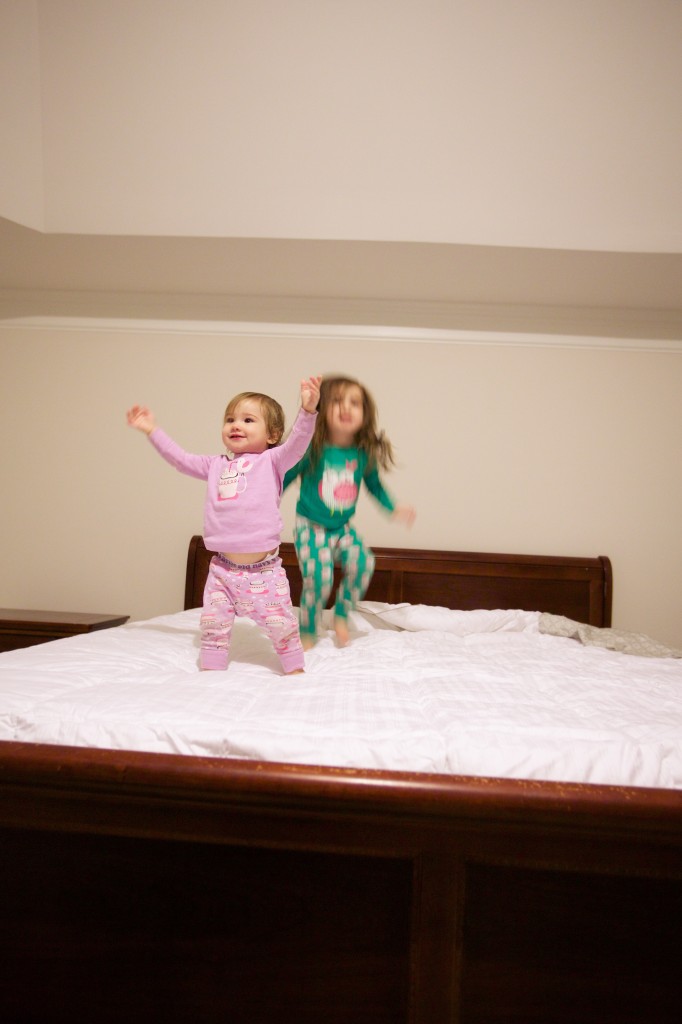