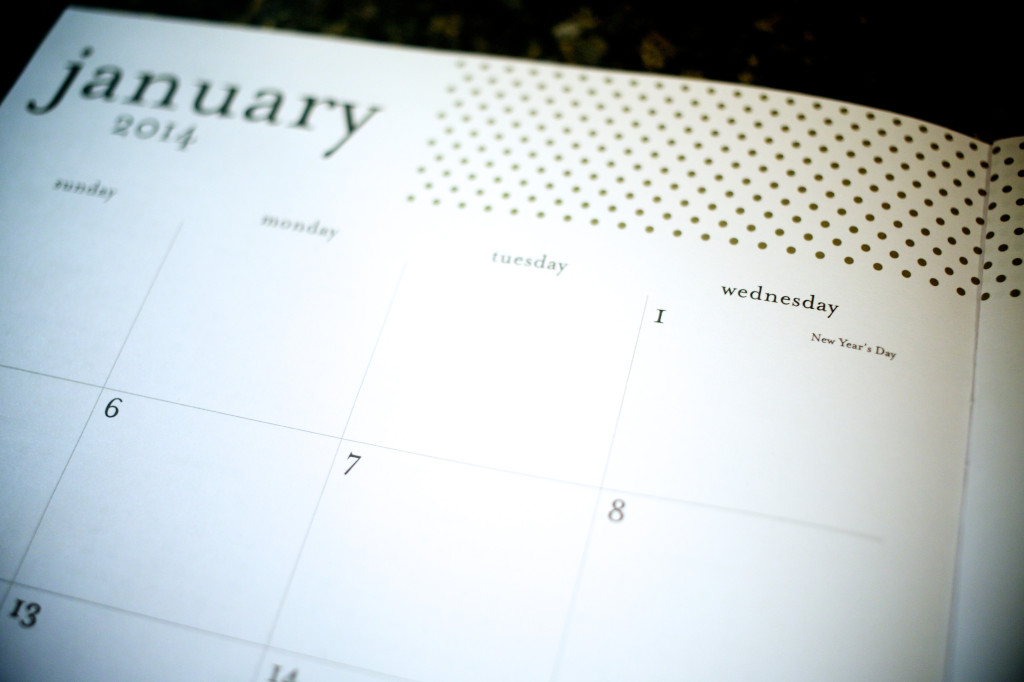 I know you’re probably thinking, “Talie, it’s December 1st today, not January 1st. Shouldn’t you be writing about pine trees and hot chocolate and wrapping presents?” However, if you’ve been following along at all, you’re sure to know that I love New Year’s Resolutions. (Really, I love all types of goal setting; without something tangible to work toward, I feel a bit lost.) There’s something about the world-wide attitude of resetting each January 1st that energizes me. Unlike most people, though, I actually think about my resolutions throughout the year (true story). This quirk of mine probably drives Ryan crazy because come Fourth of July, I’m not only doing a mental evaluation of how many of my goals I’ve reached, but I’m also reminding him of his resolutions. Unfortunately, he’s not quite as excited by goal setting as I am, so talking about things he pondered accomplishing seven months ago isn’t really that interesting of a conversation topic for him; however, he married me knowing full-well that I am who I am, so who’s to blame there? :)

All that being said, this time of year I enjoy sitting down to begin reflecting on how the past year has gone. I don’t like to leave this kind of thought for January 1st; I’d rather move on to new and better things with a clean slate by then. Plus, I find that waiting until January 1st to evaluate old goals and set new ones makes me feel like I’m behind, like I’ve lost precious time that should instead be spent actually working toward those new goals. Typically I’d begin setting my New Year’s resolutions post-Christmas, but I’m feeling particularly excited about 2014, so I’ve decided to spend December really preparing for the upcoming year and, truthfully, getting a head start.

As for last year, I’d give myself a B-, although realistically, most of my 2013 goals are ongoing and never fully complete enough for a true evaluation. One of the tangible resolutions was getting this new blog up, and although technically I accomplished this goal during 2013, I’d intended on launching it in the early fall. (More to come on how this new design came together…that’s for another post.) It seems like a lot of my 2013 resolutions fell into this “accomplished, but not perfectly accomplished” category, which I’m telling myself is okay. (All you other Type A people out there understand completely, and the rest of you can just roll your eyes; permission granted. ;) ) For the rest of my un-accomplished resolutions, well, they’ll be auto-forwarded to my 2014 list. Doesn’t that seem to happen with most of every year’s hopes and goals?

Over the next few weeks, I’ve decided that I’m going to ponder and pray over six specific goals for 2014. In 2013, I had a laundry list of to-dos on my list coupled with a lot of big picture desires, and in 2014 I know I’ll need some more concrete things to work toward. With a new baby (!), a “terrific” two-year old, Ryan’s growing business, (potentially) a big move to a new house and (hopefully) my expanding business all looming in the near future, I know that I have to be realistic about my abilities. You can NOT do it all, Talie. You can NOT do it all. (Actually, in my heart I believe that I can do it all, but I know that it will be at the expense of enjoying life fully, which I’m not willing to sacrifice. Nor am I willing to sacrifice my precious sleep.) I figure that six (or so) resolutions carefully mapped out will give me a goal to reach about every two months, which seems reasonable to me. Over the next month, while we’re all caroling and decking and shopping, I hope that you’ll join me in prepping for the new year. Don’t let it sneak up on you; being prepared is the first step to a successful New Year, and I don’t know about you, but I’m determined for 2014 to be the best year yet. :)