Recently E.V. has been picking up words and phrases super easily, even more easily than ever before. (And we all know how much of a talker she already is!) I consider these verbalizations a good thing — although it’s also brought to my attention something of concern. About a week ago, E.V. randomly said, “Bad girl!” while playing. Hmmm. Of course she gets reprimanded at home (and I assume at school), but we’ve NEVER told her she was a bad girl. My initial reaction was that of horror; it felt like the toddler equivalent of saying the F word! I ignored it the first time I heard it, assuming that perhaps I had misheard her. However, the next day, there it was again.

I began racking my brain, wondering where she picked up the phrase. Clearly it wasn’t from Ryan or me, from her grandparents, from her teachers or from her babysitters. We’re pretty familiar with all of the grown ups in her life, and I trust that they aren’t scolding my child with such a offensive phrase (well, offensive in 20-month old terms). Then it hit me — lately I’ve been taking her to our gym daycare a lot in order to have some time to myself to either walk the treadmill or catch up on design work. Surely the daycare workers aren’t scolding her in an inappropriate way, right?

Then it got worse. E.V. has quite the imagination these days, and beyond playing mommy with her baby dolls, she’s taken to making her animals interact, “reading” to herself and playing dress up with both dolls and dogs alike. It’s amazing to watch her little mind work — except when she reenacted what I assumed was a scene from the gym earlier that day. She told an imaginary person, “Bad girl!” while swatting at the air, yelled, “NO!” and then ran and hid behind a curtain, whispering, “Sorry…”  I almost bawled.

Is it the hormones that are making me a little mama bear-ish? Maybe. But the idea that Emma Vance either witnessed or was a part of that scenario broke my heart. I’m hoping and praying that it was something she saw happen between two kids and NOT something done by one of the workers, but Ryan and I have decided to take a step back from the gym until the new baby arrives and hope that she forgets that horrible, damaging phrase. (And, yes, I know that “bad girl” isn’t the worst thing that she’ll hear in her life, but I’ll be damned if she grows up being told that she’s bad. She is GOOD, and I want her to never doubt that, especially as the result of some punk kid in daycare.) Before we venture back, I’m going to have to make a phone call to ensure that she’s watched extra carefully the first few times I trust her to be in that environment. (Good thing I’m not scared of confrontation. ;) )

Standing in stark contrast to this bump in the gym daycare road, as Ryan and I picked her up from the child center the other day, we got a rare chance to observe our sweet girl amongst the other kids without her noticing us. While we watched, she ran up to a lonely little girl in a wheelchair who was severely handicapped, physically and mentally. Emma Vance gently touched her arm and babbled to her, playing so kindly and without fear or judgement that Ryan and I about melted into puddles on the spot. The other little girl’s dad walked in past us, causing E.V. to turn around and notice us. I wanted so badly to talk to that dad, to encourage him in the journey he’s on, but I’m fairly certain he saw the genuine love, joy and kindness that E.V. shared with his daughter —  and I count that as worth more than a thousand of my words. I mention this little story because it’s the perfect example of what I don’t want Emma Vance to ever doubt about herself: that she is a kind, loving, cheerful, grace-filled child of God. I will do everything within my power to shield her from people and situations and WORDS that attempt to steal any bit of that image of herself, and if that means having a hard, awkward conversation with the gym workers, so be it. Will I come off as the crazy, over-protective mom whom the workers roll their eyes at? Maybe. Actually, most likely. But you know what? I don’t care. Seriously. I couldn’t care less. This is my CHILD, and my reputation and image mean nothing when it comes to giving her the best life possible. Make your snarky remarks; they won’t phase me! Mama bear is on the prowl! ;)

Aaaand here’s some pictures from our fun playing in the rain today, just to brighten up an otherwise sore topic. ;) 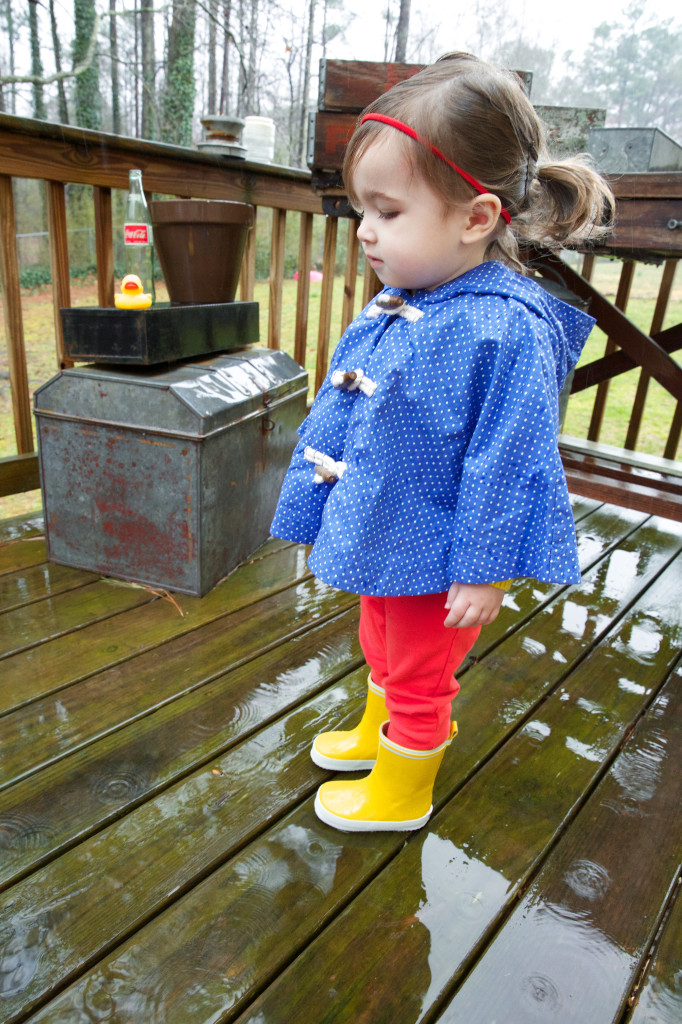 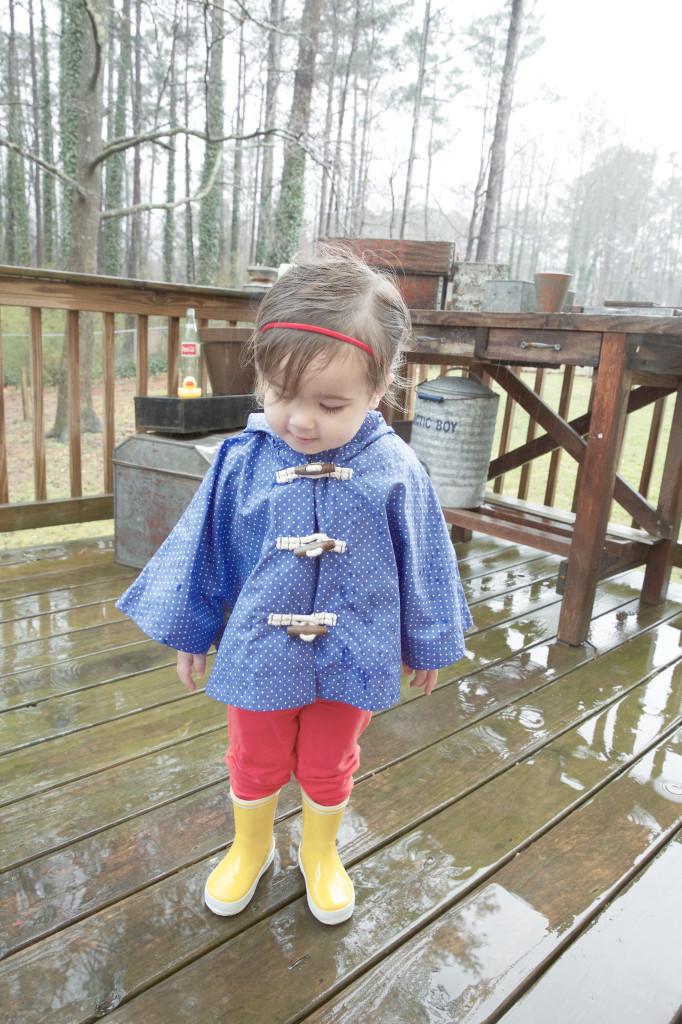 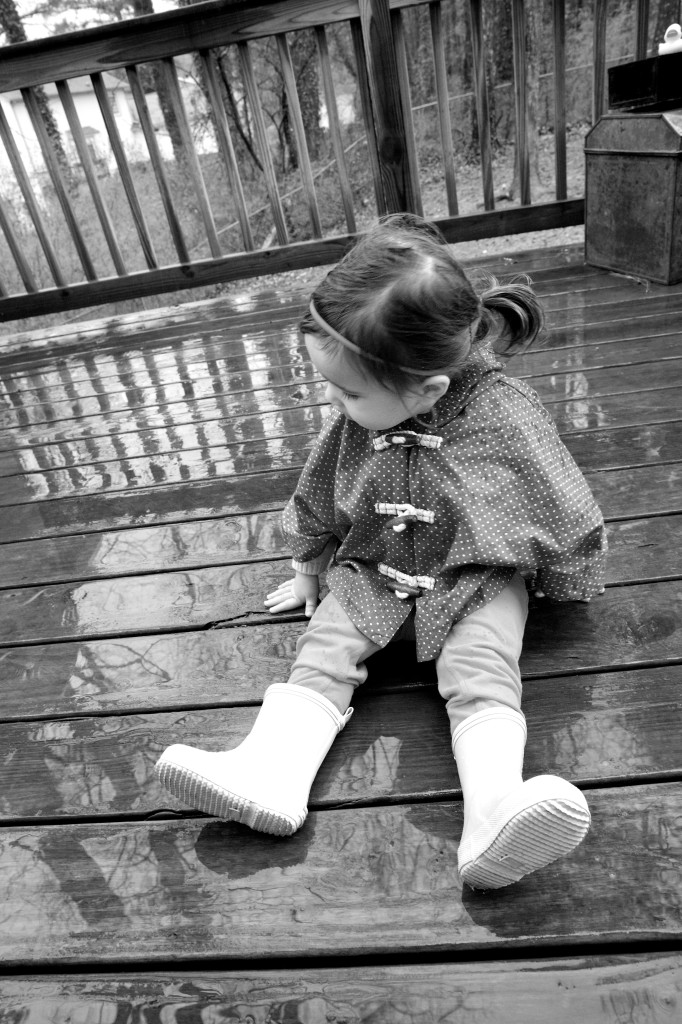 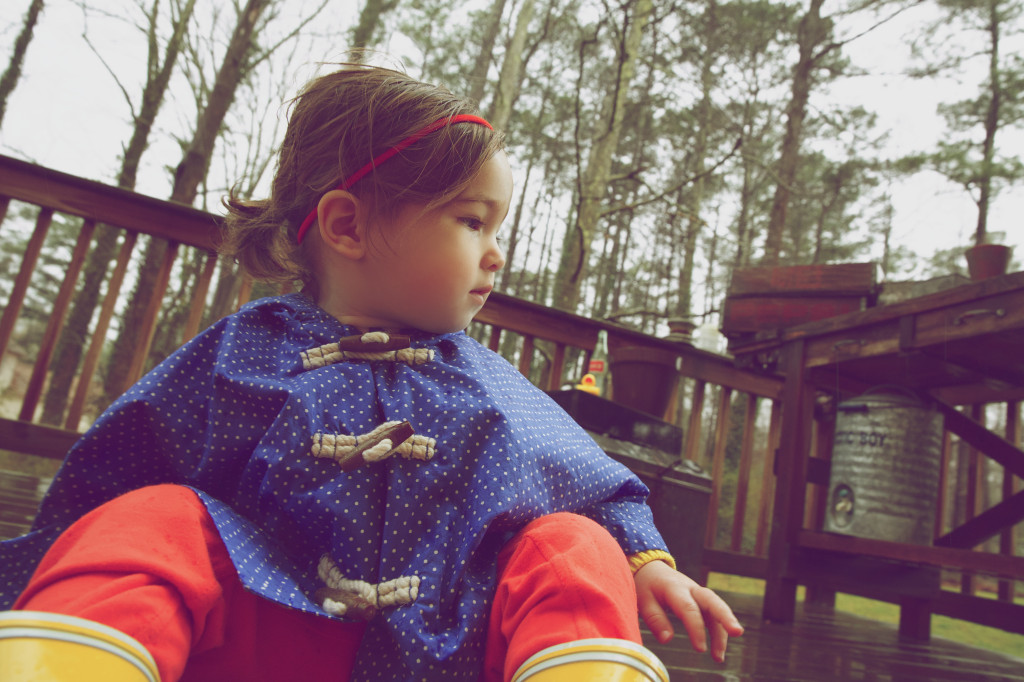 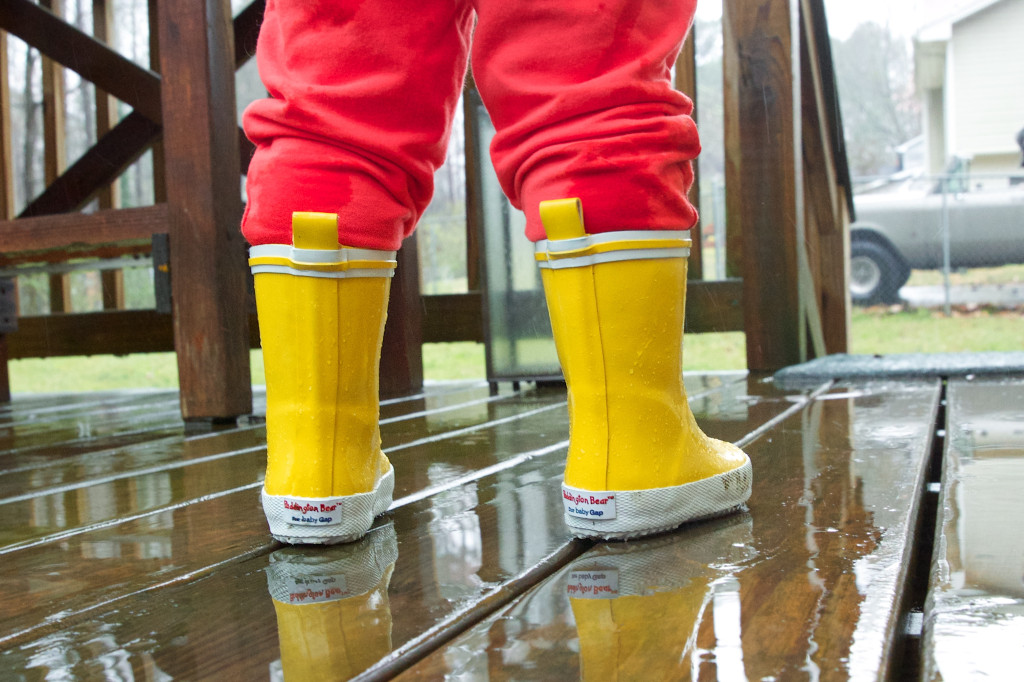 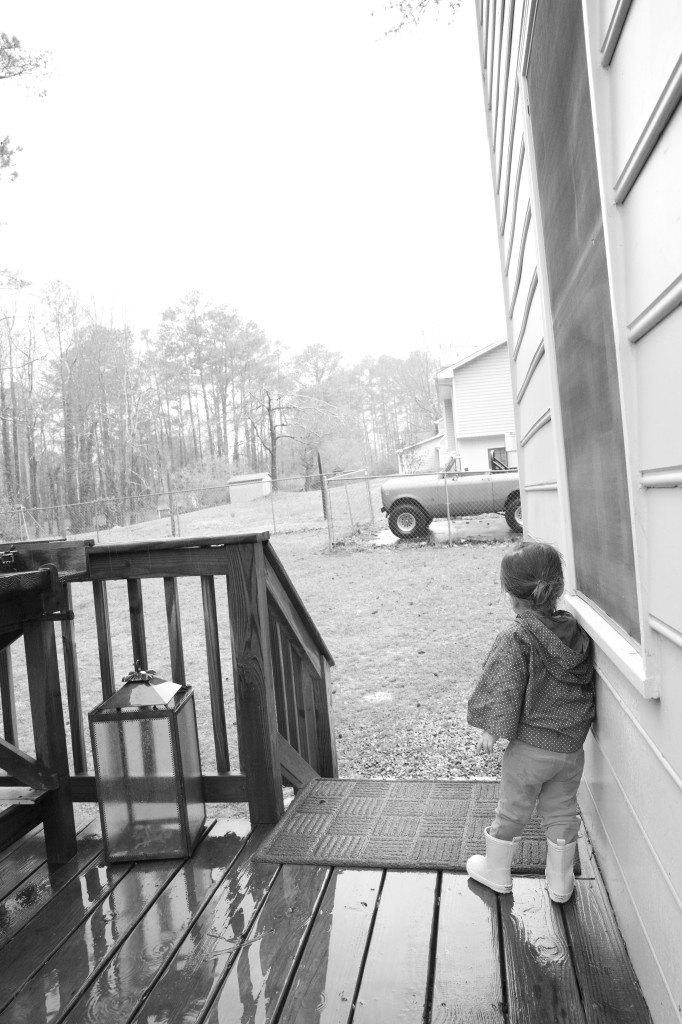 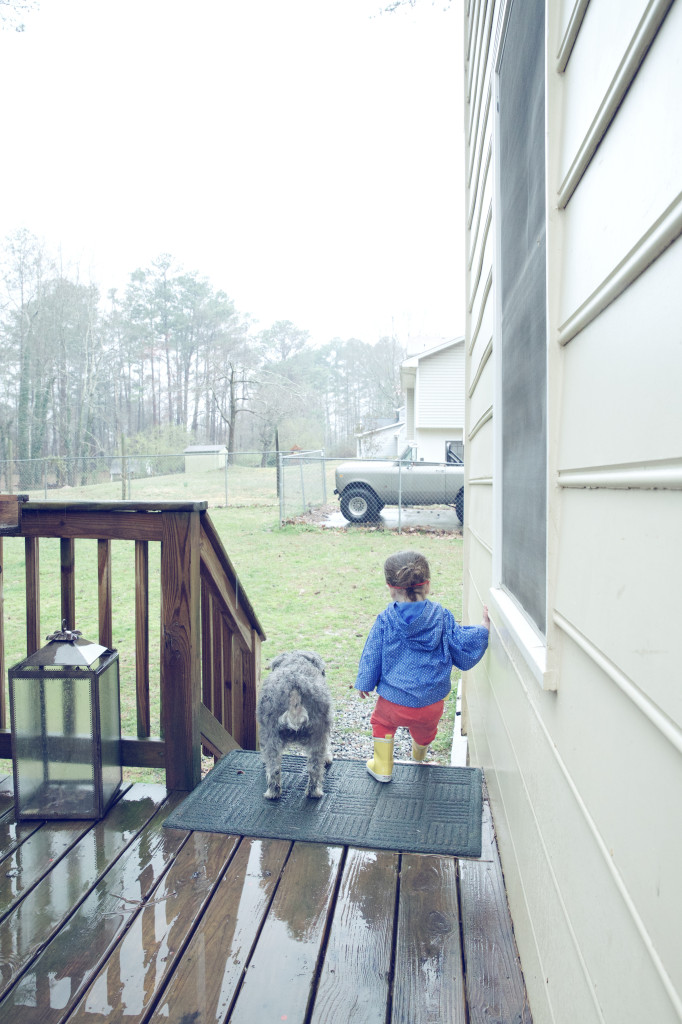 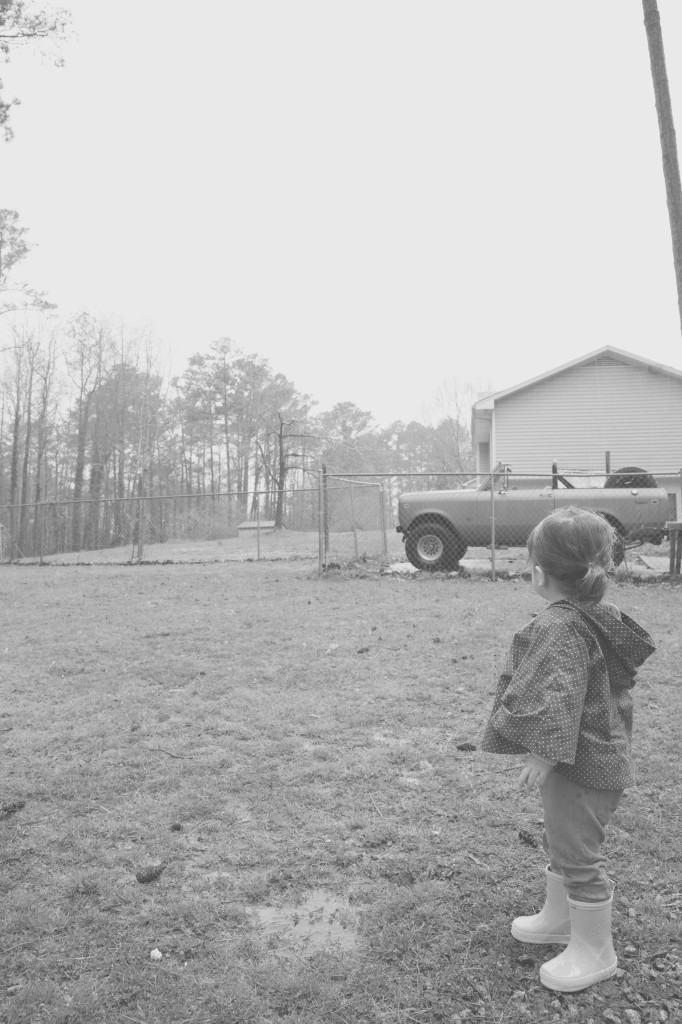 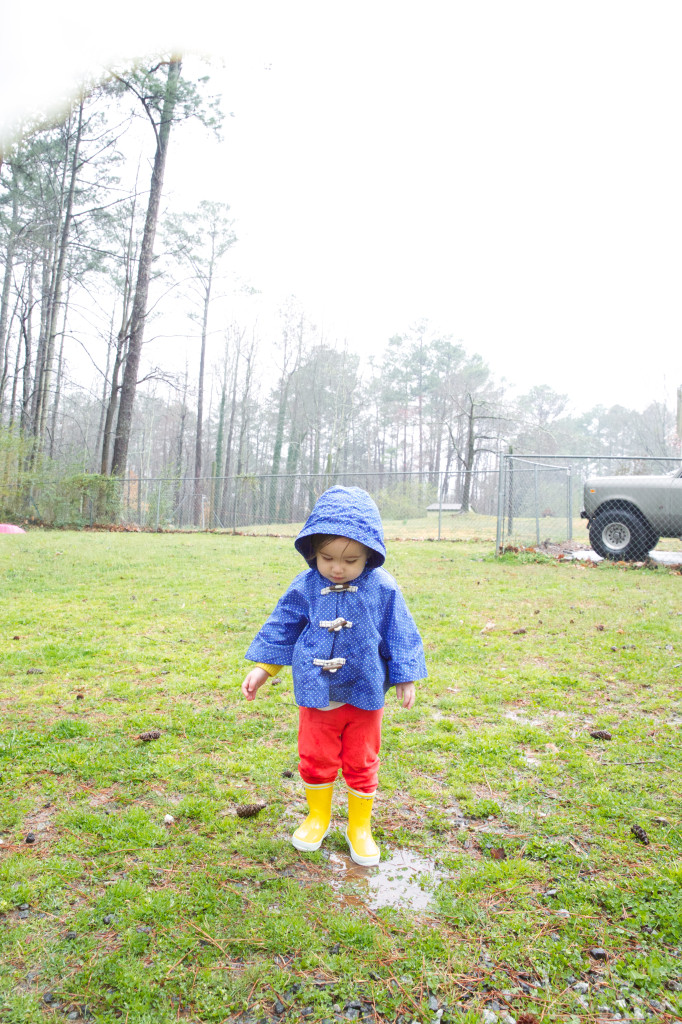 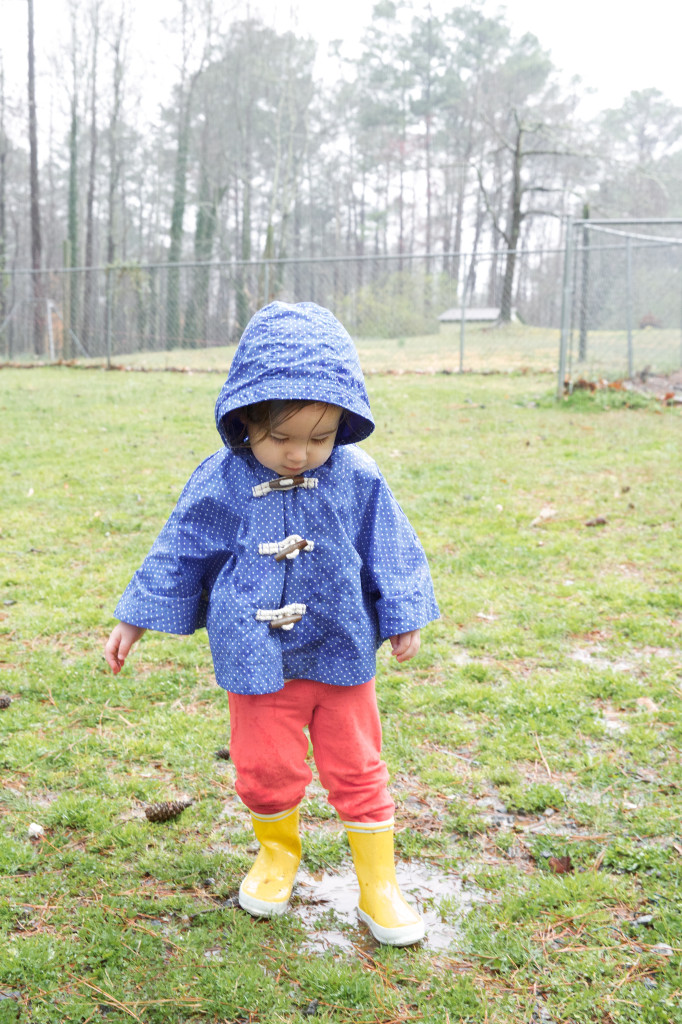 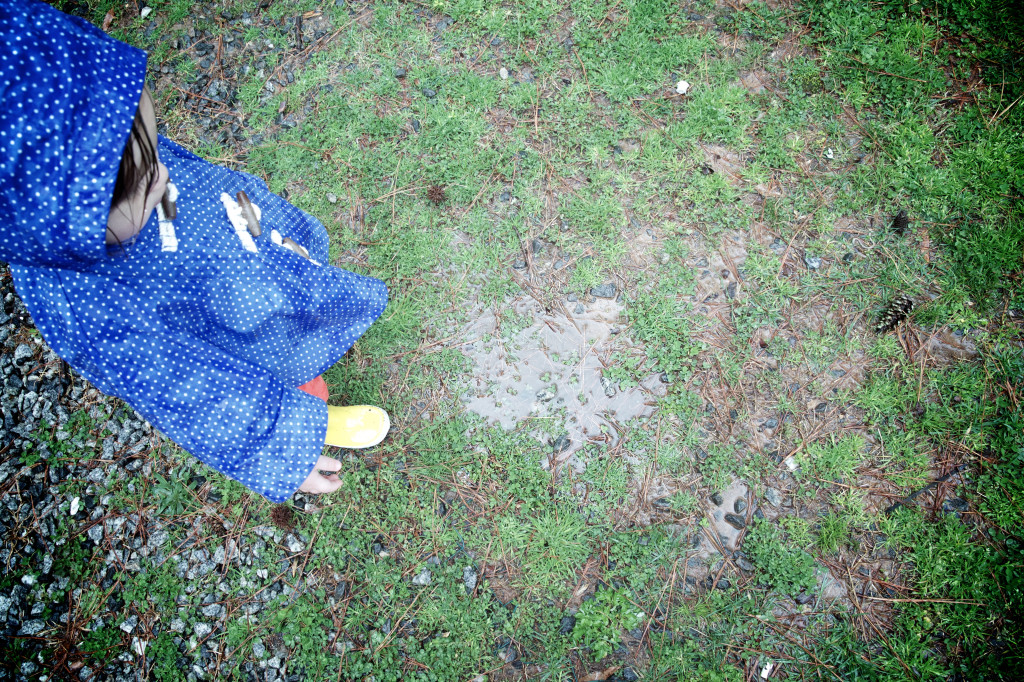 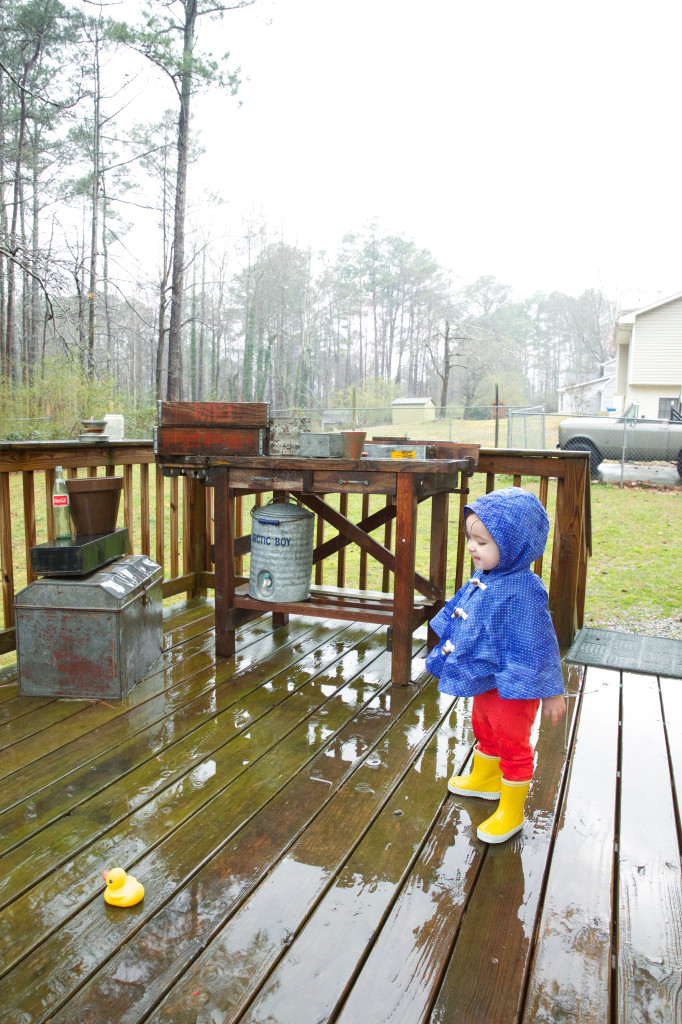 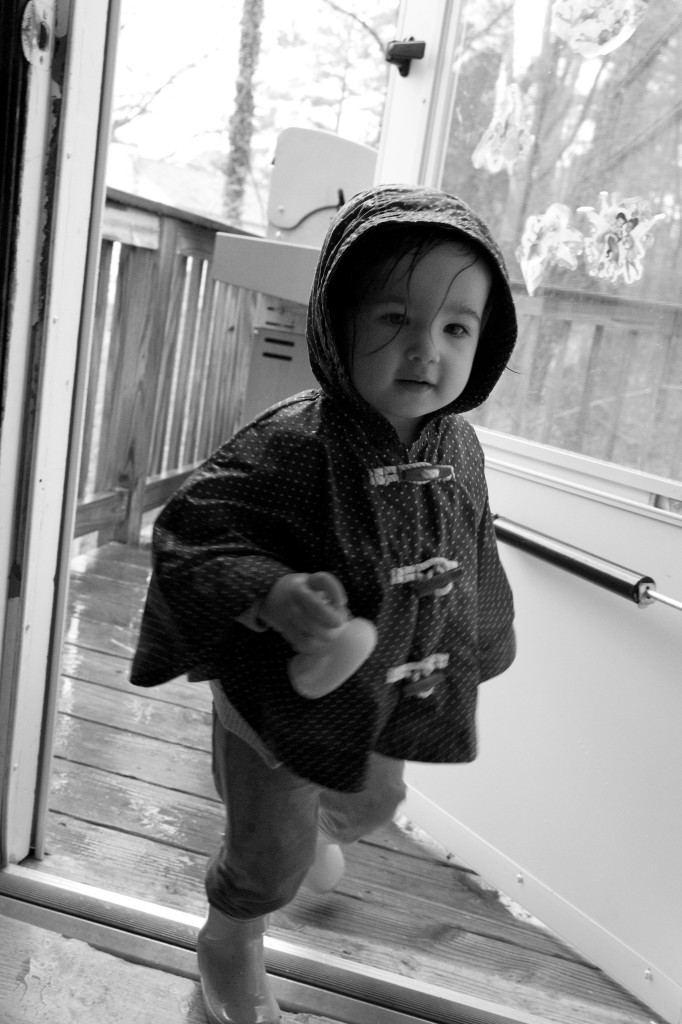