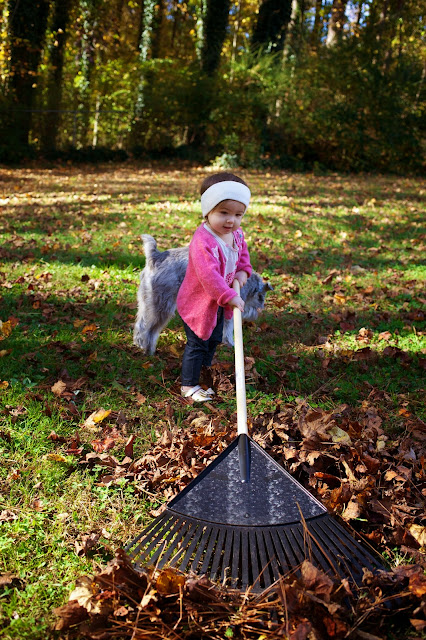 We celebrate our one-year anniversary in Amityville this week, which is both depressing and surprising. When we initially signed our lease, I was certain that we’d buy a house and move before summer came around, but time slipped by too quickly and without our consent. I never thought we’d be here this long–and as of now it seems we’ll be here even longer–and I’m starting to get the blues about it.

Ryan and I always talk about “if Amityville were ours,” meaning what we’d improve and change to make this little house feel more like home, but the reality is that it’s a rental and nothing more. I can decorate and air out and imagine as much as I want, but the truth is that I’m just putting lipstick on a sad, old pig. I’ve resolved to try and focus on the bright side, to think about the things that I actually like about this place and time in our lives. I know that one day I’ll reminisce and grin at these years living in “that old shack I used to refer to as ‘Amityville,'” and as I look forward to looking back, the one thing I think I’ll remember fondly is our overgrown yard.

Our property is actually quite large at almost three full acres and has a creek that runs alongside of it. The official “backyard” is fenced in, but the forest comes right up to the edge of the fence and spills over a bit, giving the impression that chaos is about to take over our home at any given moment. There are trees in abundance, meaning leaves in abundance, and they’ve been a great source of shade and entertainment over the past year. (See how E.V. likes to pretend to rake them up? :) ) The dogs always escape from the back door at full force, barking like maniacs to scare away the inevitable squirrels and birds who creep into Oscar and Olive’s territory while they slumber peacefully indoors, and even after the wildlife has scattered away, Olive likes to give a final bark or two of warning to make sure they don’t try to return.

Emma Vance has gotten a bit of her own freedom in the backyard these days; I let her wander out there on her own, down the porch stairs and into the seemingly-unsupervised yard with her canine buddies. (I, of course, keep a watchful eye on the three of them from the kitchen window.) She likes to pick up rocks (and throw them), chase after Oscar, tumble down the sloped side of the grass and bang on the fence to summon the little Russian girls next door. (“Hey, you! Come play with me!”) Feeling like she’s in control of her whereabouts and activities keeps her more entertained than any toy within Amityville’s walls, and for that I’m thankful for our big ol’ yard.

This week as we cross over the (un)finish line of our one year anniversary and into to the unknown amount of time we’ll remain here, I’ll be dwelling on these small moments spent outside our backdoor in order to get me through the coming months. Although I’d love to have an end in sight, if I can just be present and focus on the highlights of our time here, I think I’ll be able to grin and bear it…at least for a little while longer. :) 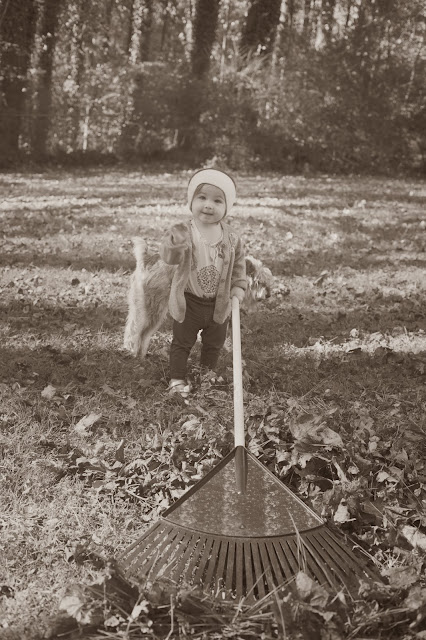 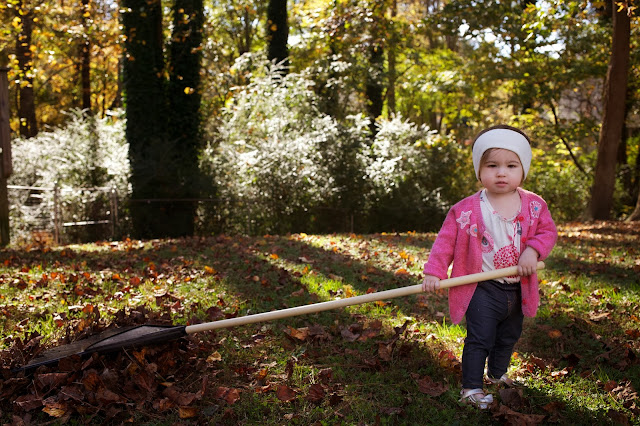 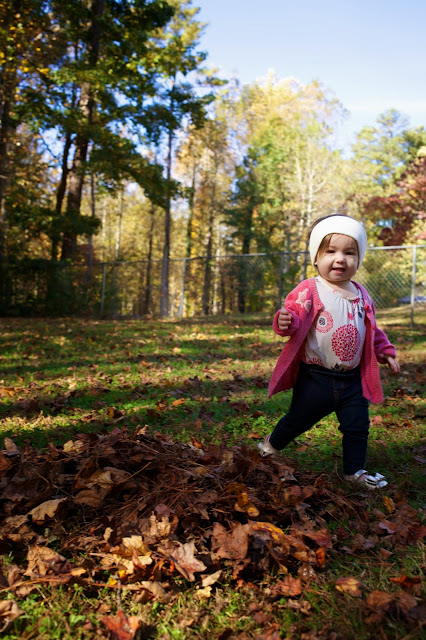 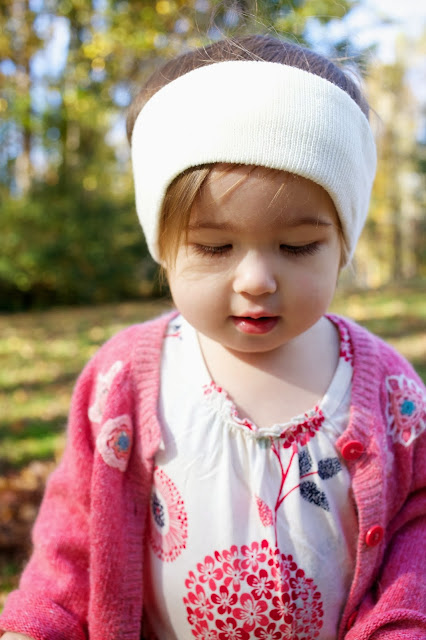 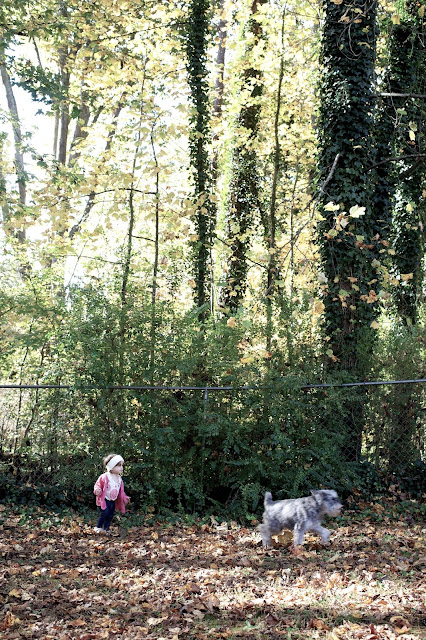 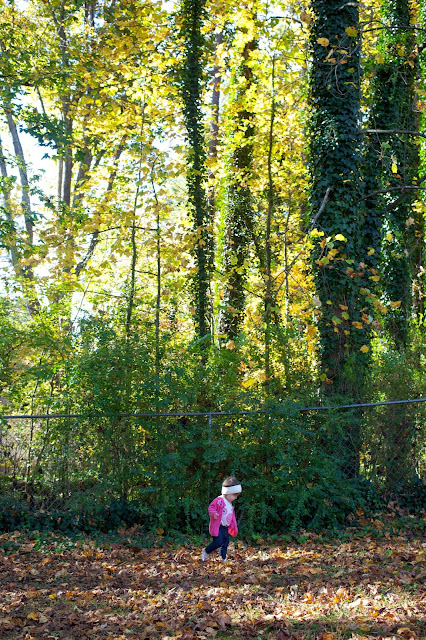 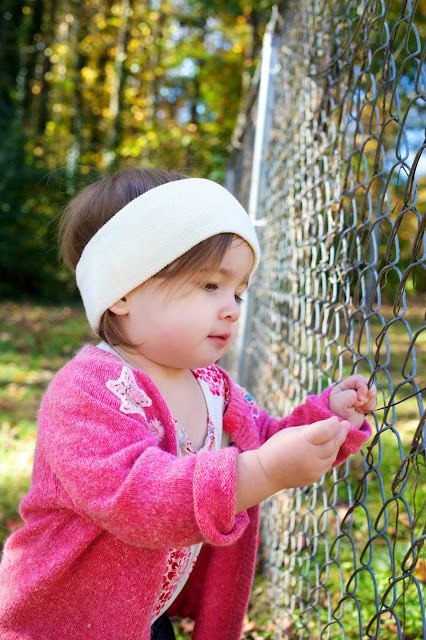 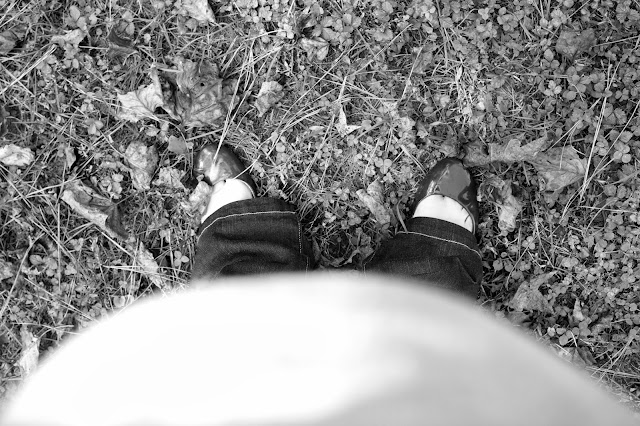