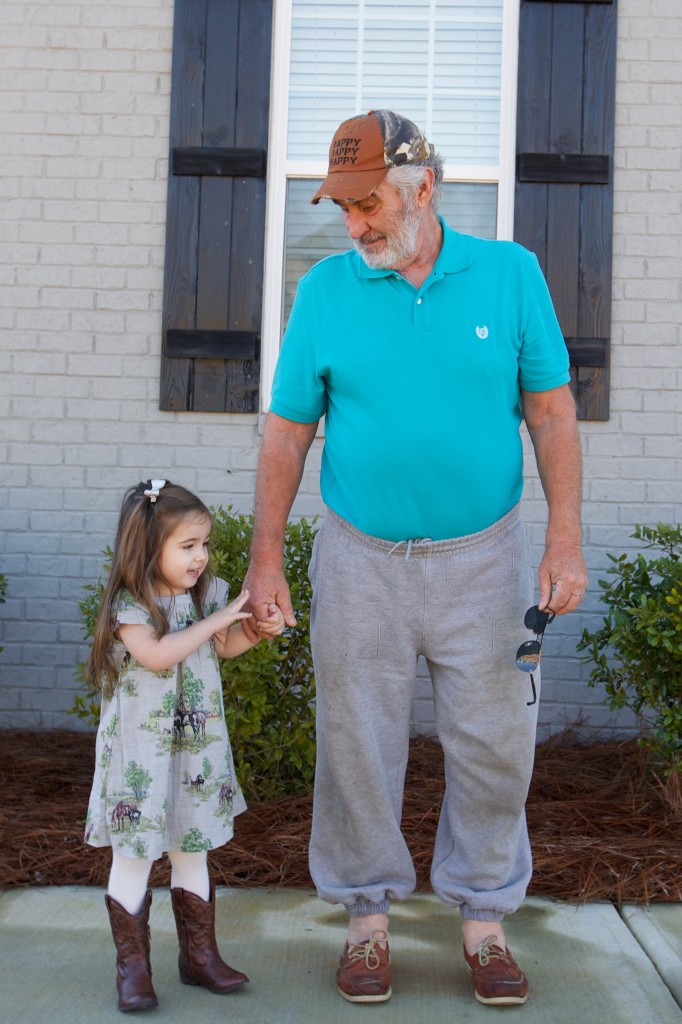 Seeing movies with his grandkids is one of my dad’s “things.” He may not be good with babies, but he’s sure good with children’s movies. When he mentioned that he wanted to take us, I decided to get the girls excited by purchasing them a set of Peanuts figurines, which quickly became a favorite toy around here. It is unfortunate, though, that Cricket’s still working on her enunciation skills, because over the past few weeks she’s taken such a liking to these figurines that she asks for them all the time, wandering around the house whining, “My Peanuts! My Peanuts!” — but of course it doesn’t sound as much like “Peanuts” as it does…well, you can probably guess. (Yikes, haha!) Soon the girls were familiar with the gang, and as the day approached I started telling them that we were going to see Charlie Brown on the big screen with their grandad. They’ve been excited this upcoming event, of course, and so this morning I asked the girls if they were more excited to see Papadon or the movie. Their votes were split. (Cricket is officially my dad’s new favorite, haha! ;) ) At the theater, my dad was finally introduced to the new world of movie watching — of recliners and real food and full bars — but some things were amusingly predictable. (And by “some things” I really mean “Emma Vance ate a shocking amount of popcorn.”) The Peanuts movie was as innocent and as true to its original form as could be, and I definitely recommend it. It was the perfect movie for a 70-year old, gruff old man to take his sweet little granddaughters to see — mostly because they wholeheartedly laughed at all the same moments. Like I said, some things were amusingly predicable. ;) 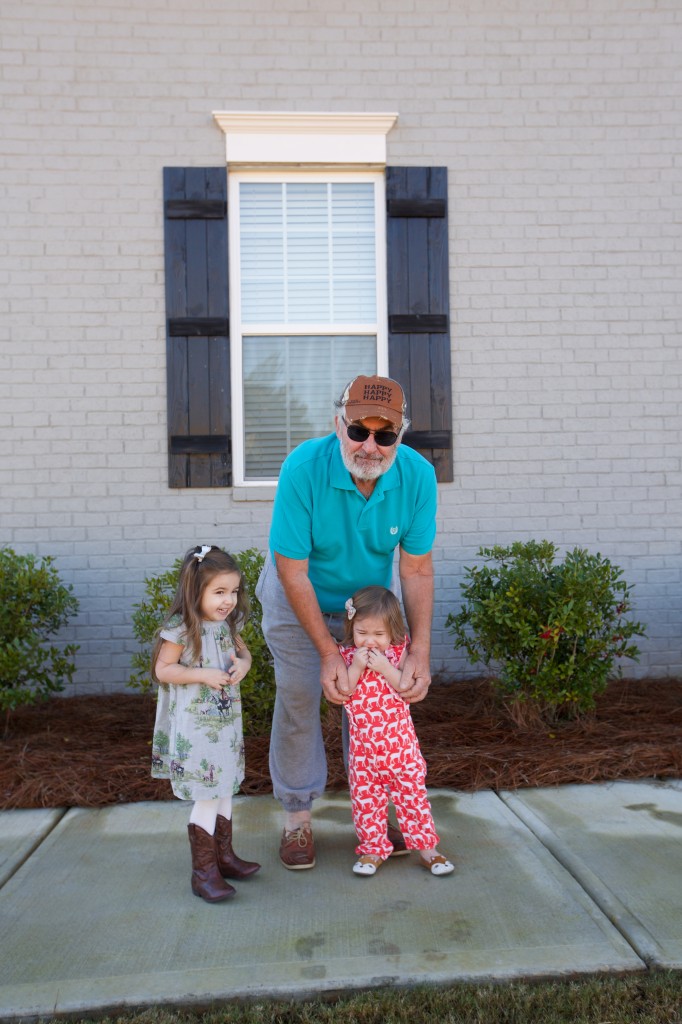 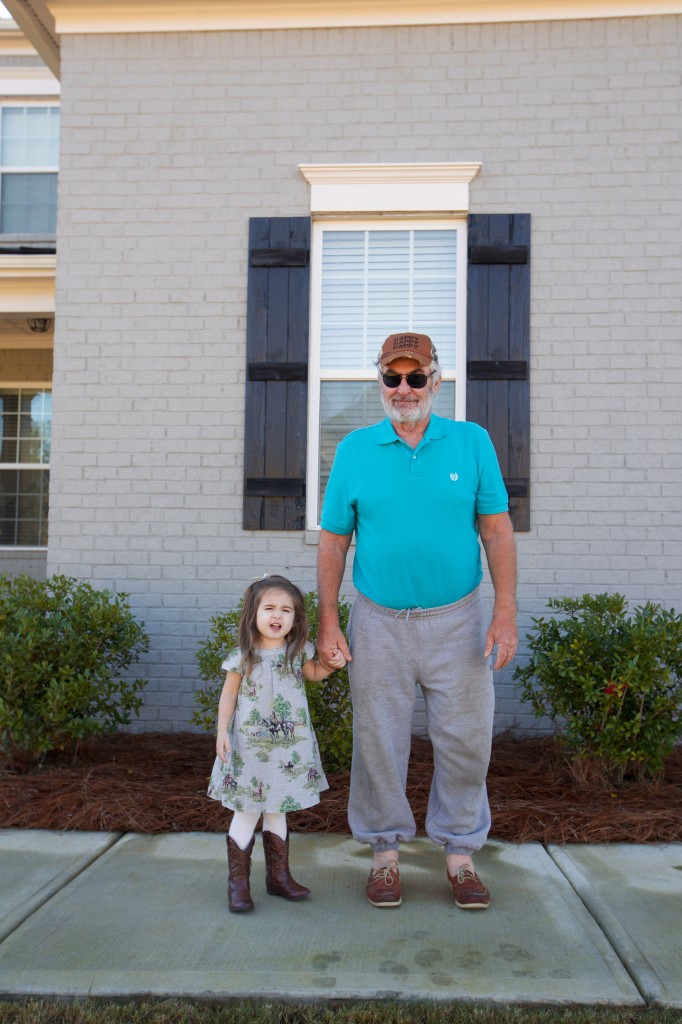 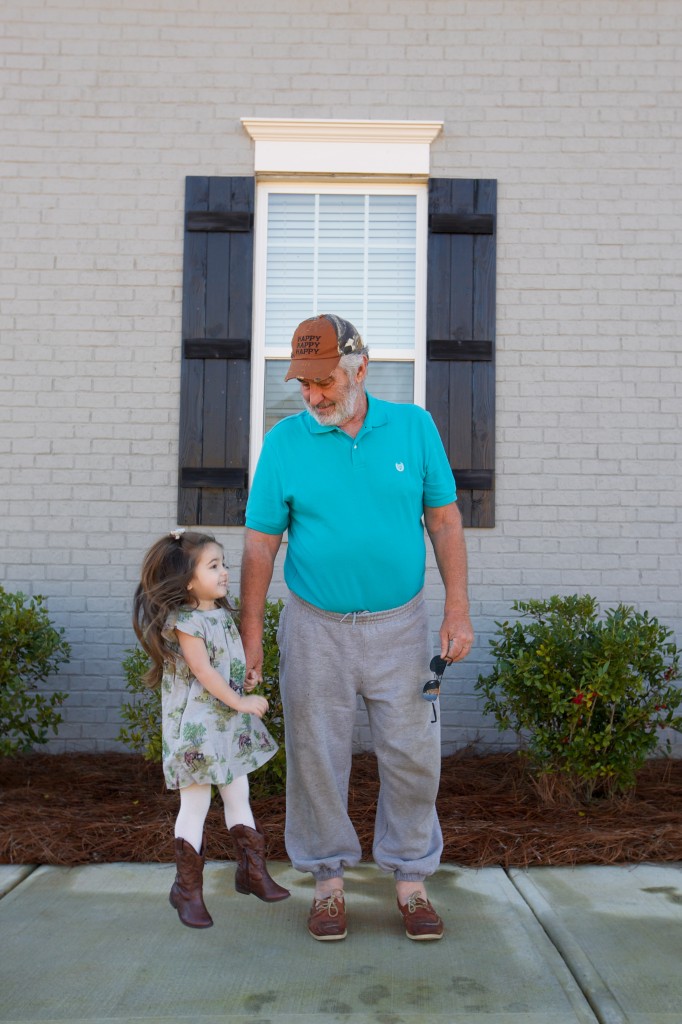 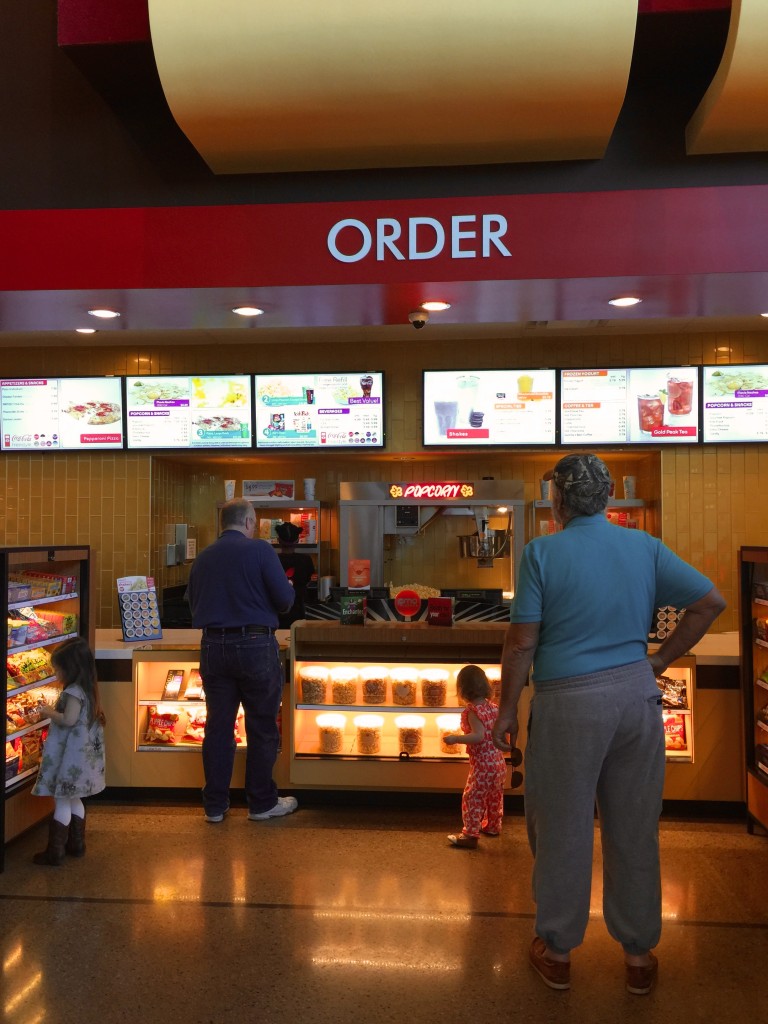 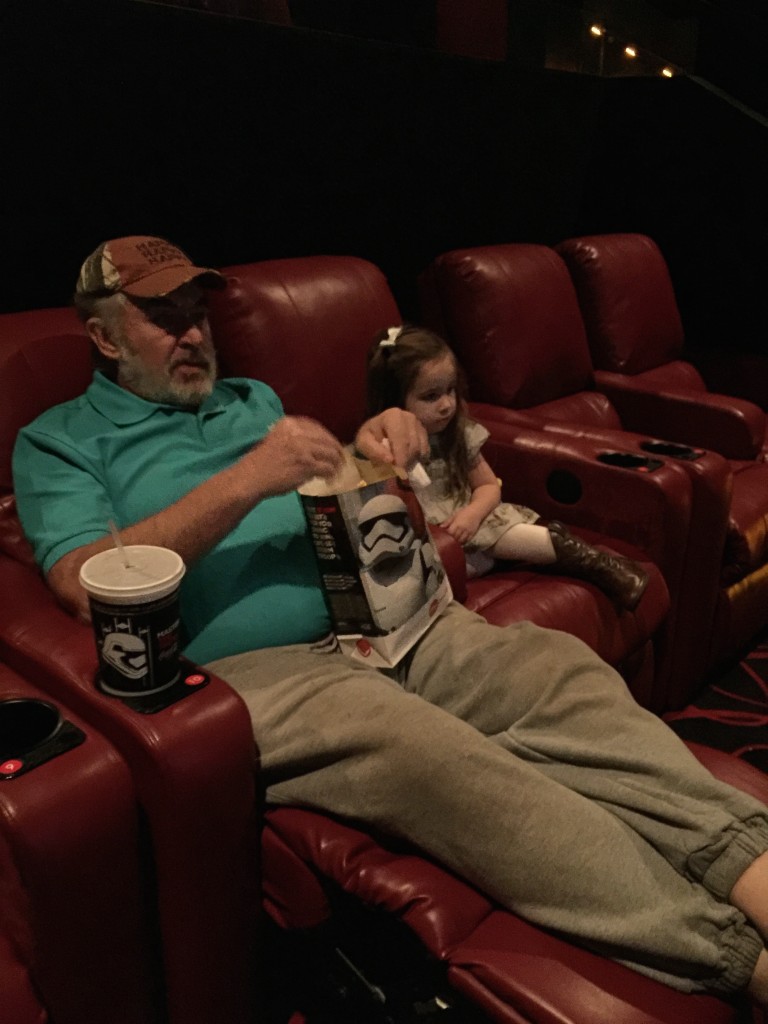 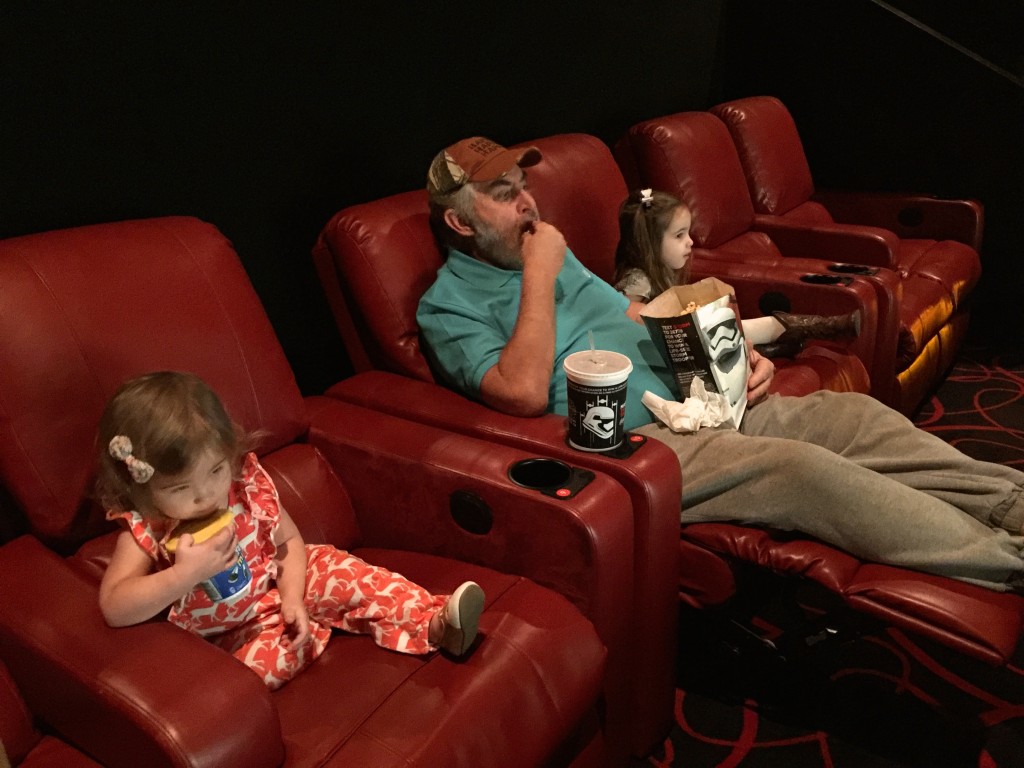 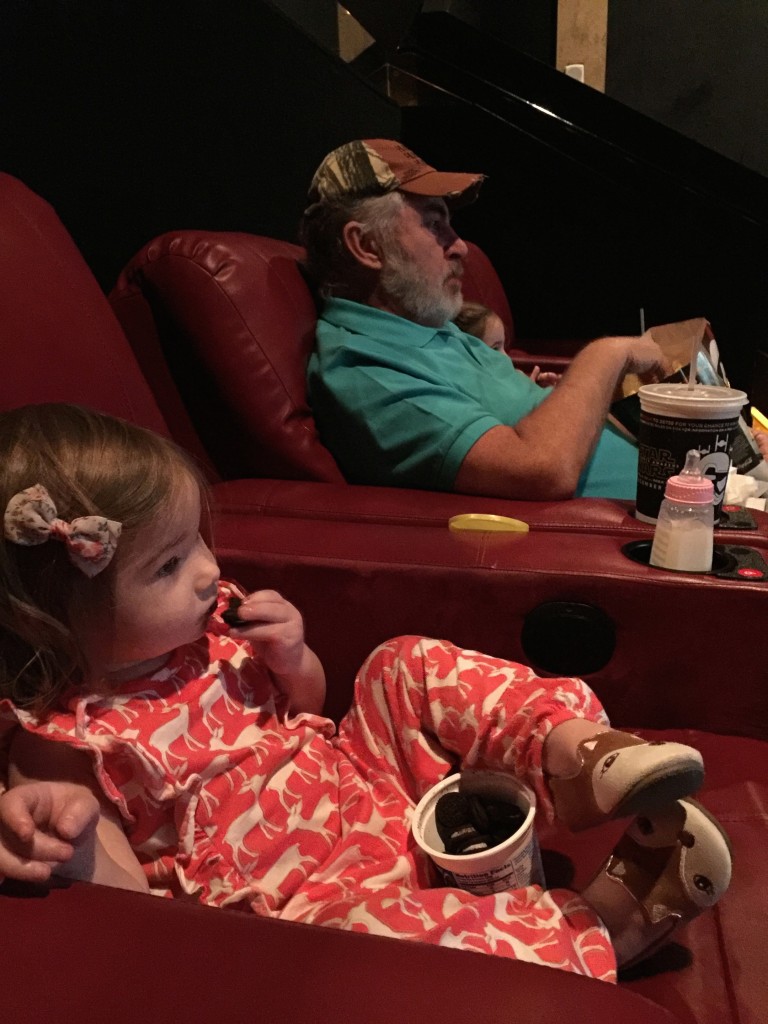