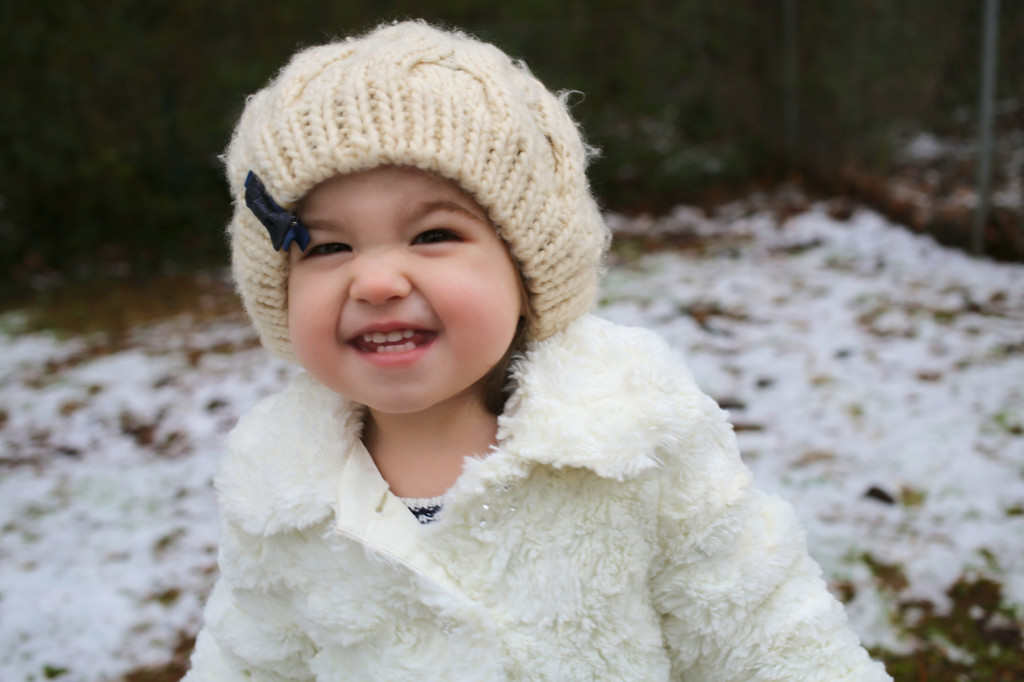 Well, it’s snowing again here in Georgia. In fact, it’s going to be a day or two filled with wintery weather in these parts according to the predictions, which are being taken much more seriously than a few weeks ago! This time around, people are prepared. (I mean PREPARED.) By happenstance Ryan and I did some grocery shopping Monday morning and totally missed the eggs-bread-milk madness that ensued, although it would’ve been fun to see. (We did purposely stop to fill up my gas tank and stock pile some crafts to fight the inevitable boredom.) Based on television coverage and social media, I’d say us Atlantans are looking forward to enjoying this snow storm much more than the last one. :) It’s sure to be a few days filled with no school or work, playing in the winter weather, and making, well, whatever people make with eggs, bread and milk…French toast I suppose?

This morning at Amityville, the storm began as sleet and quickly turned to large, luscious, abundant flakes swirling down from above. It was beautiful! While the snow fell, Emma Vance and I read books by the window, practiced saying “snowman” and watched Elmo (obsessed). We also worked on rearranging E.V.’s room now that the rocker and changing table have officially been moved to the new baby’s nursery, and I began cleaning out too-small clothes and shoes from her closet. While I worked, E.V. discovered blue painter’s tape and subsequently made “shoes” out of it, decorated her new dresser and unrolled it en masse. Mornings are pretty busy around here, so I really wanted to wait until this afternoon before we played outside, which meant there were tears at the back door when the dogs got the privilege of running around in the storm without her. It’s tough being a toddler!

Unfortunately, by the time Emma Vance awoke from her nap, the snow had melted quite a bit. However, we still ran around in the backyard for a while to enjoy the slush. E.V. made “snowballs” by scooping up the snow and slinging it at the dogs, who were happy to be running free. She was sad to come in, but I PROMISED that it would be even snowier tomorrow, so c’mon meteorologists, don’t make me a liar! ;) 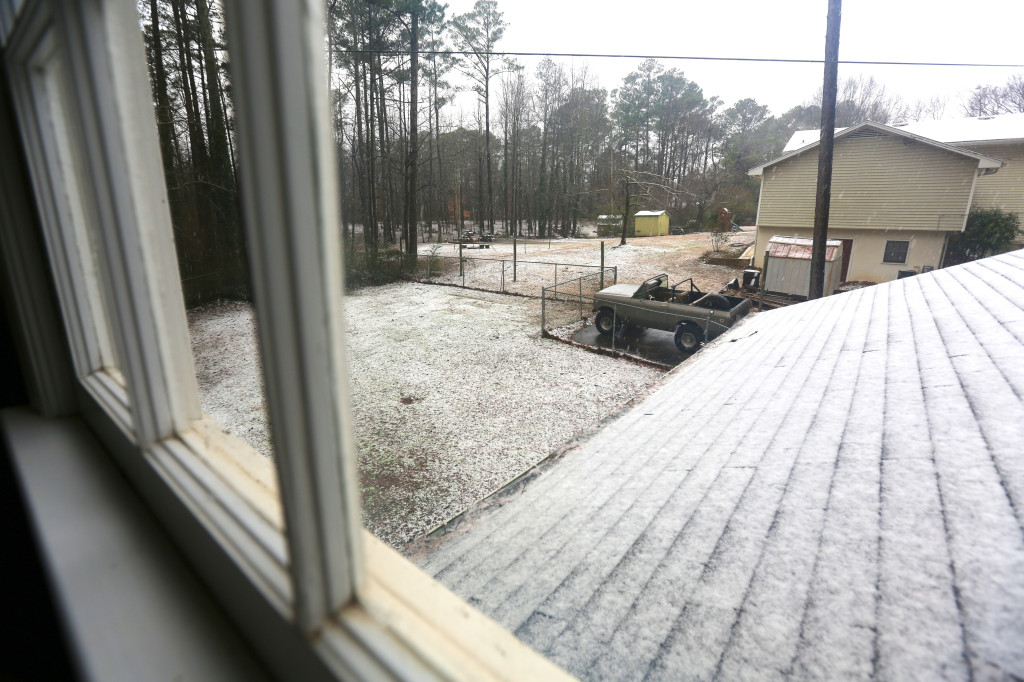 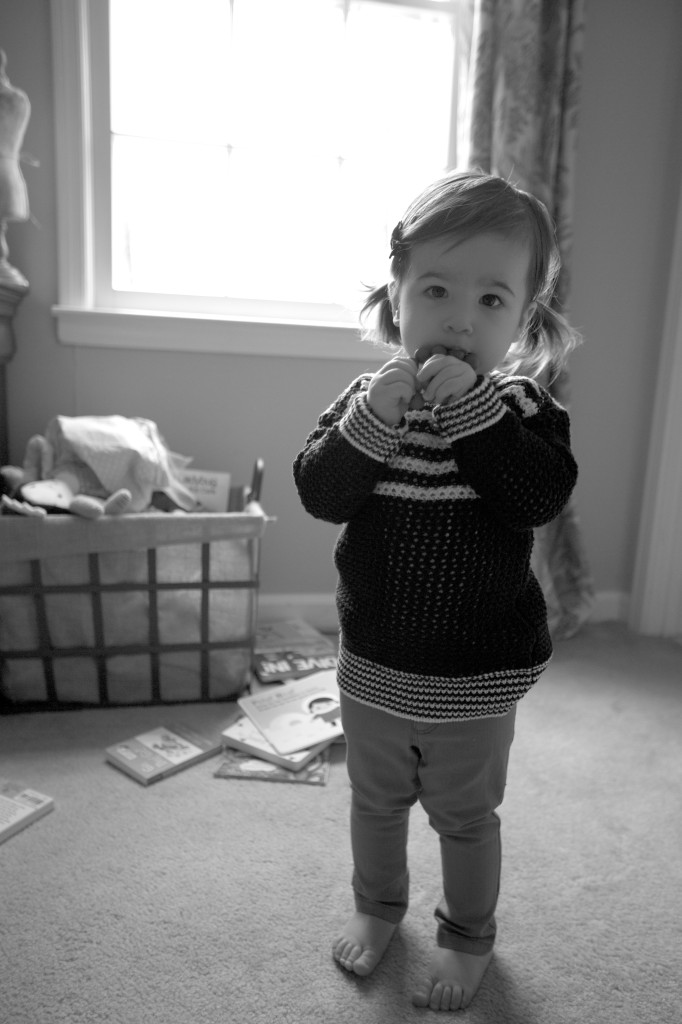 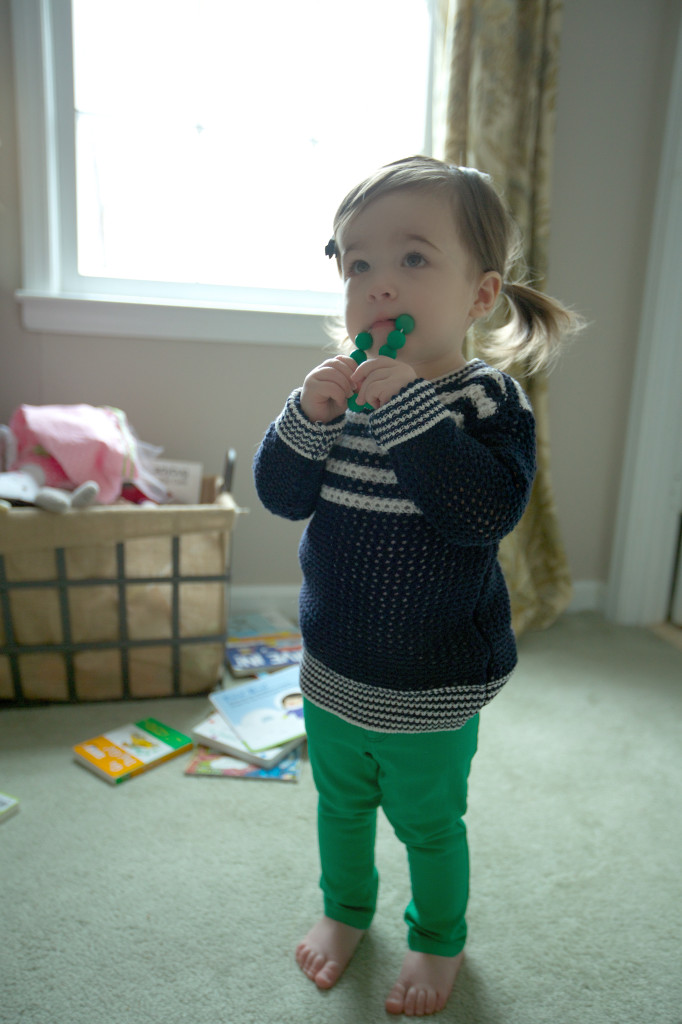 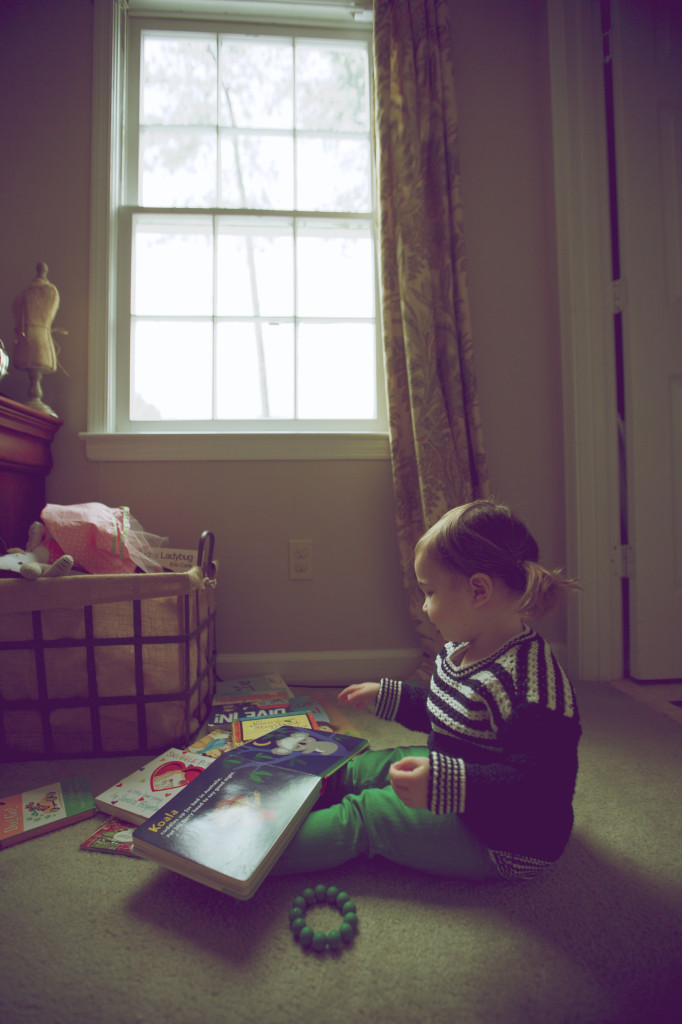 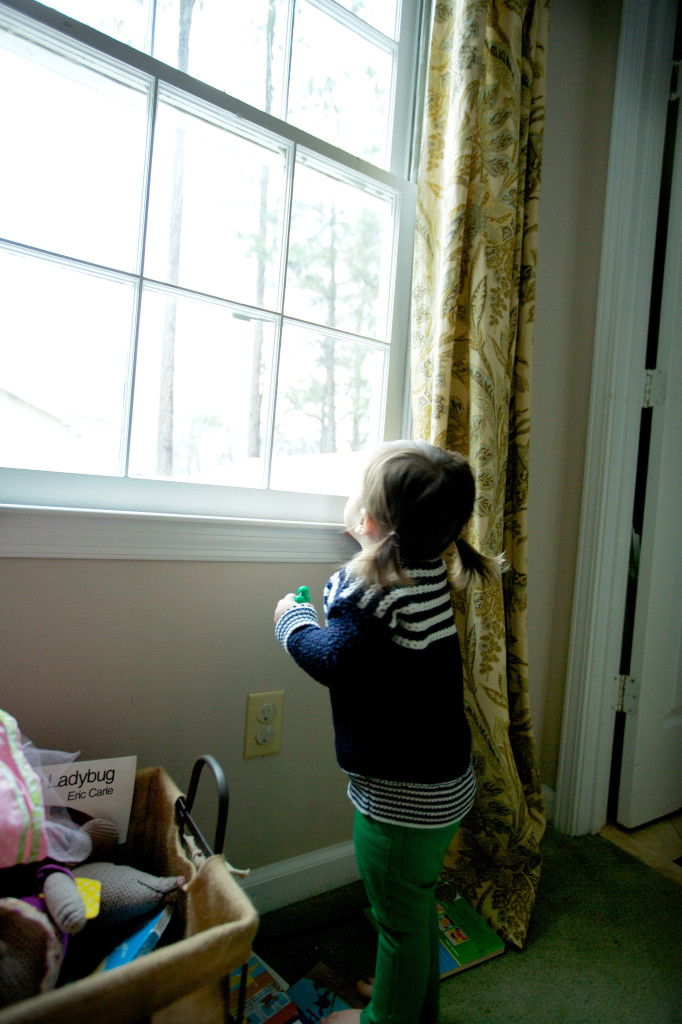 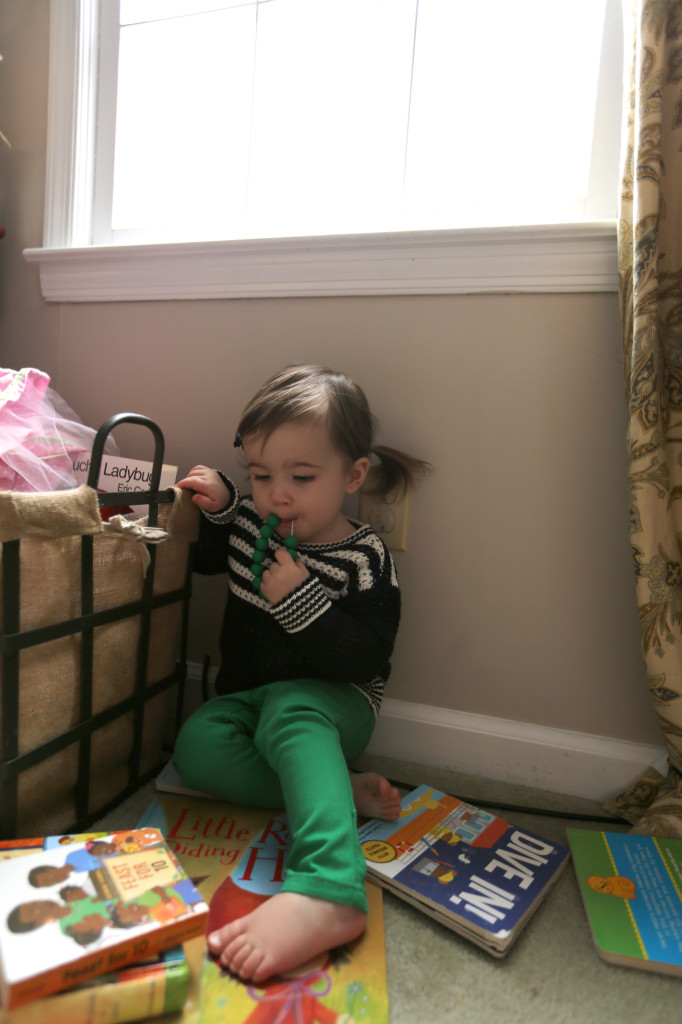 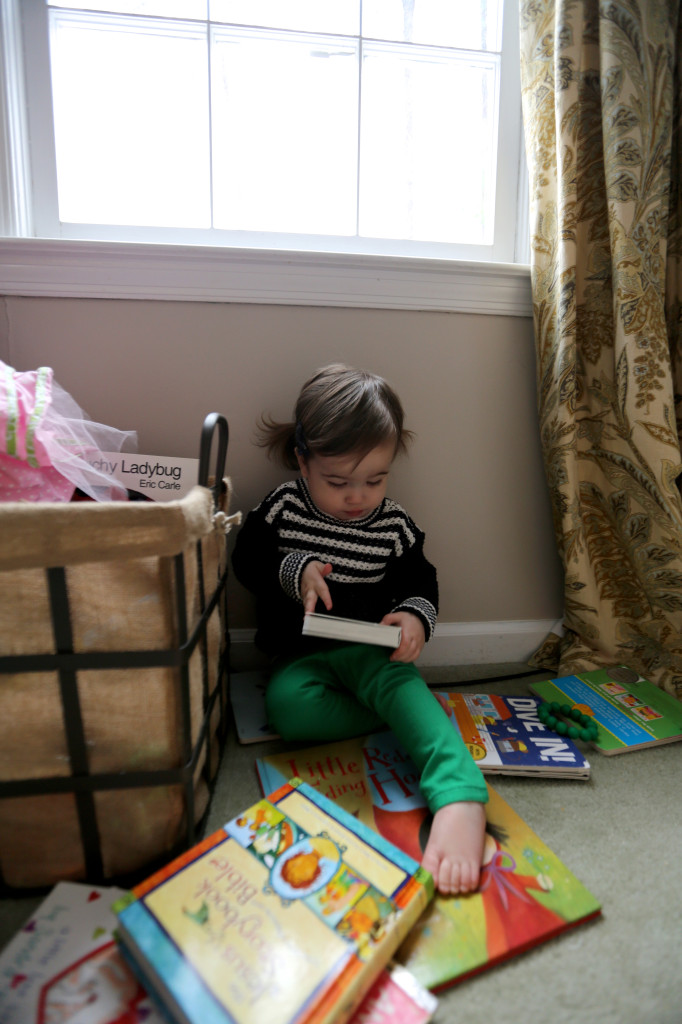 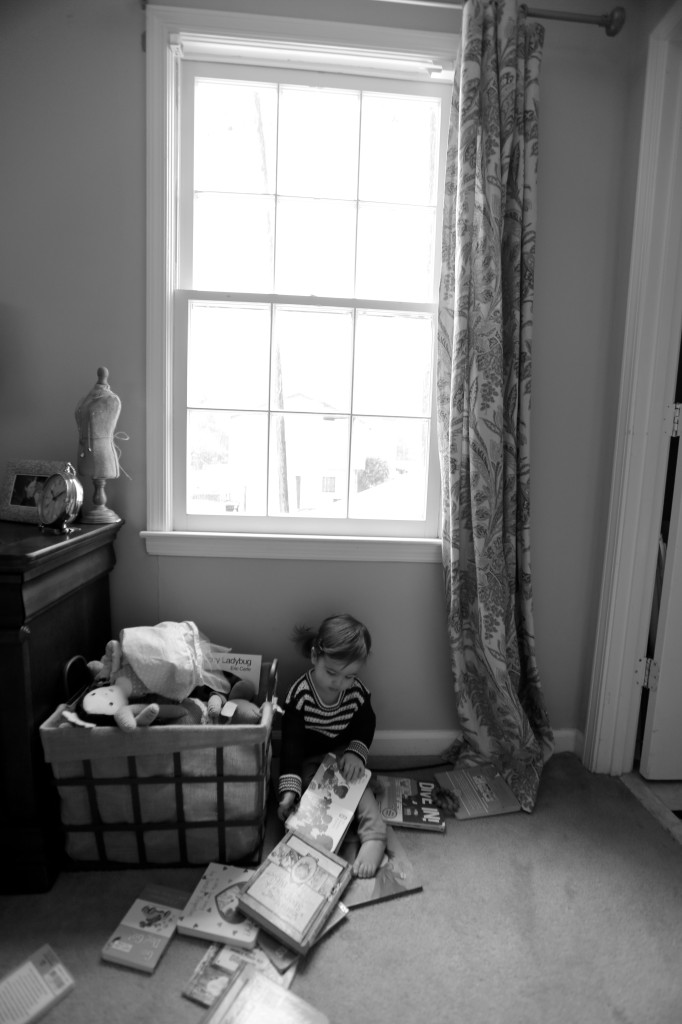 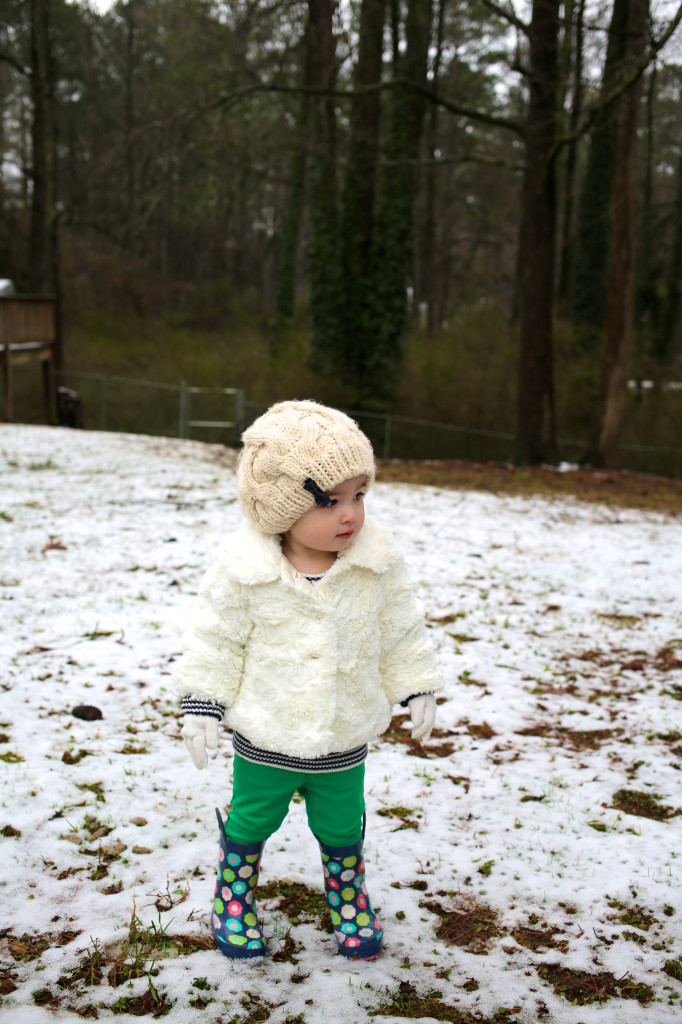 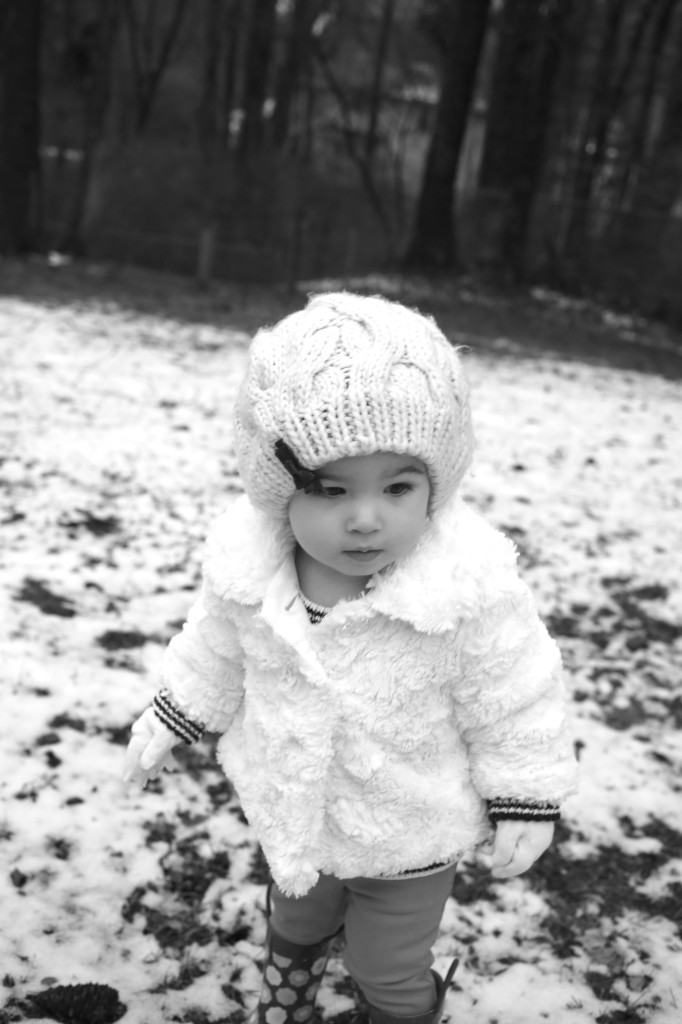 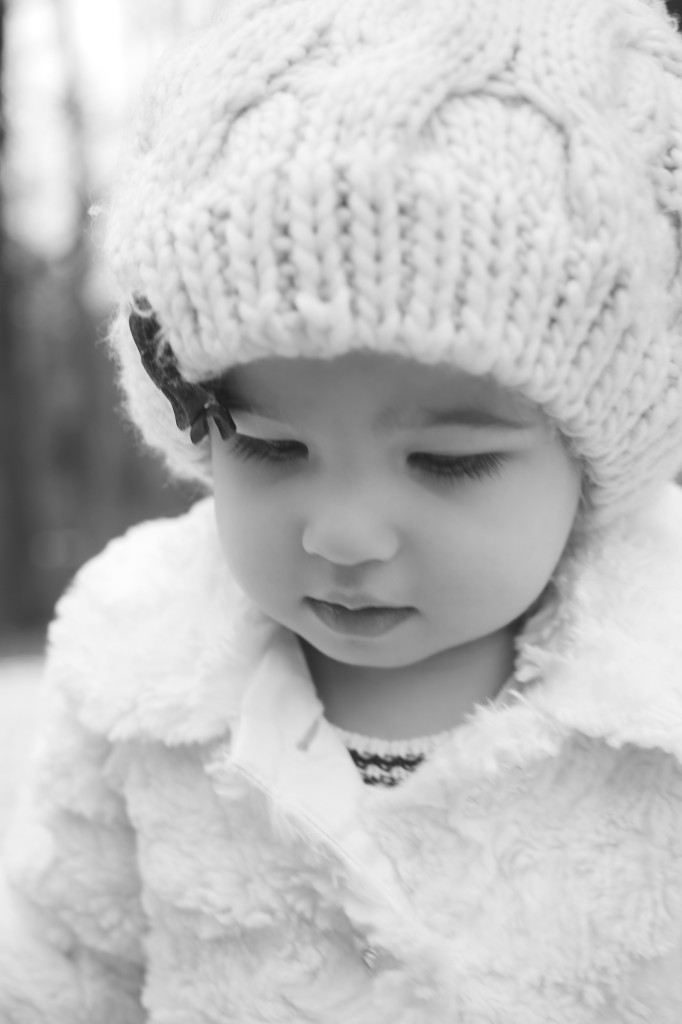 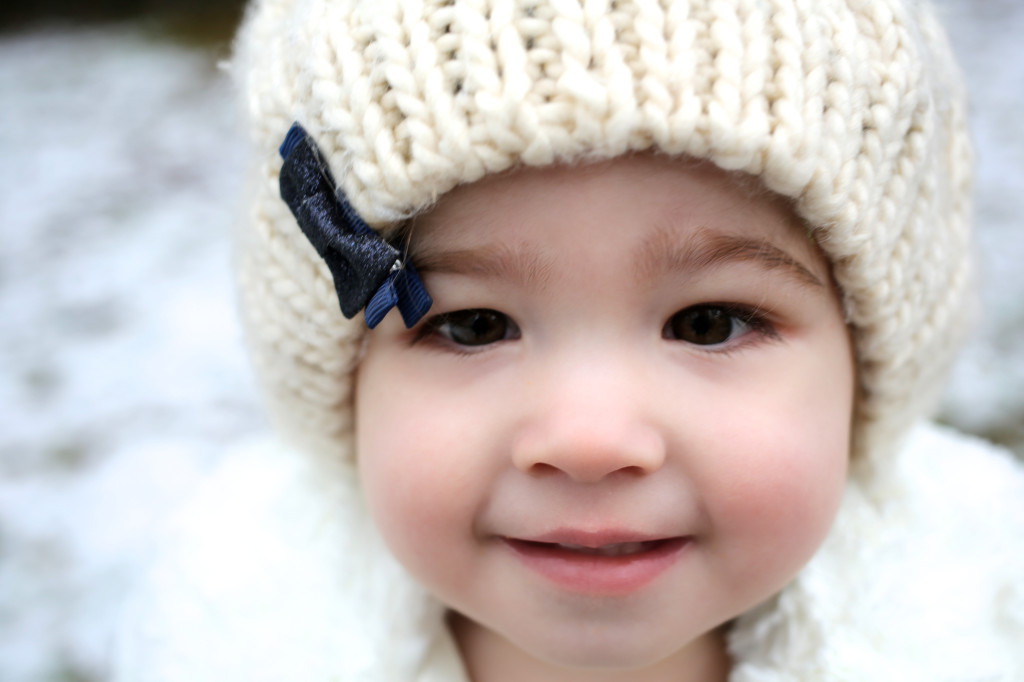 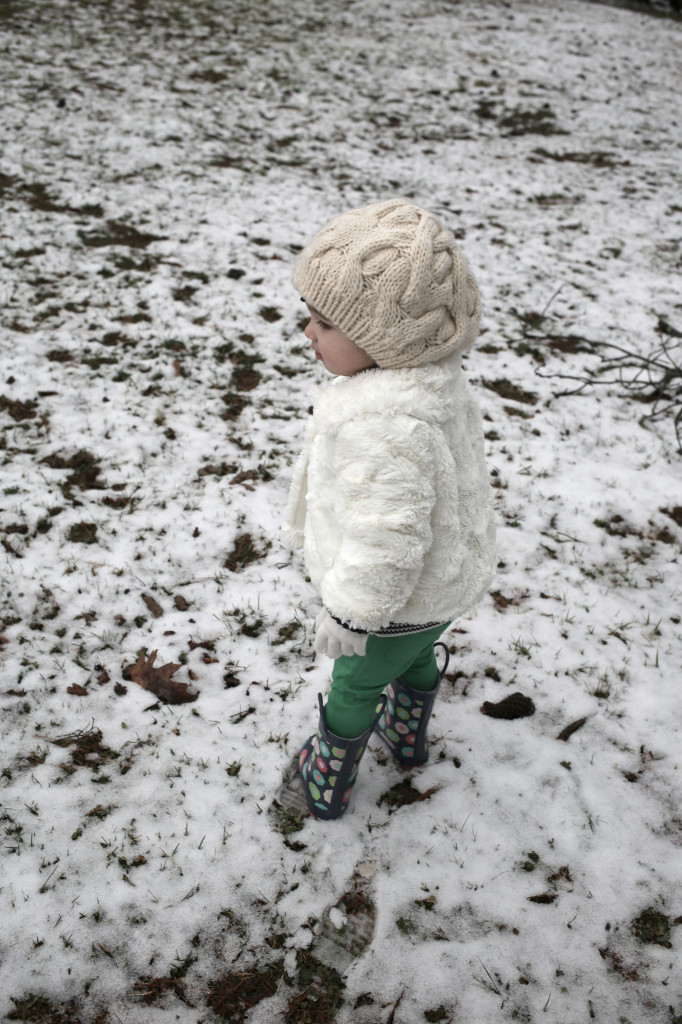 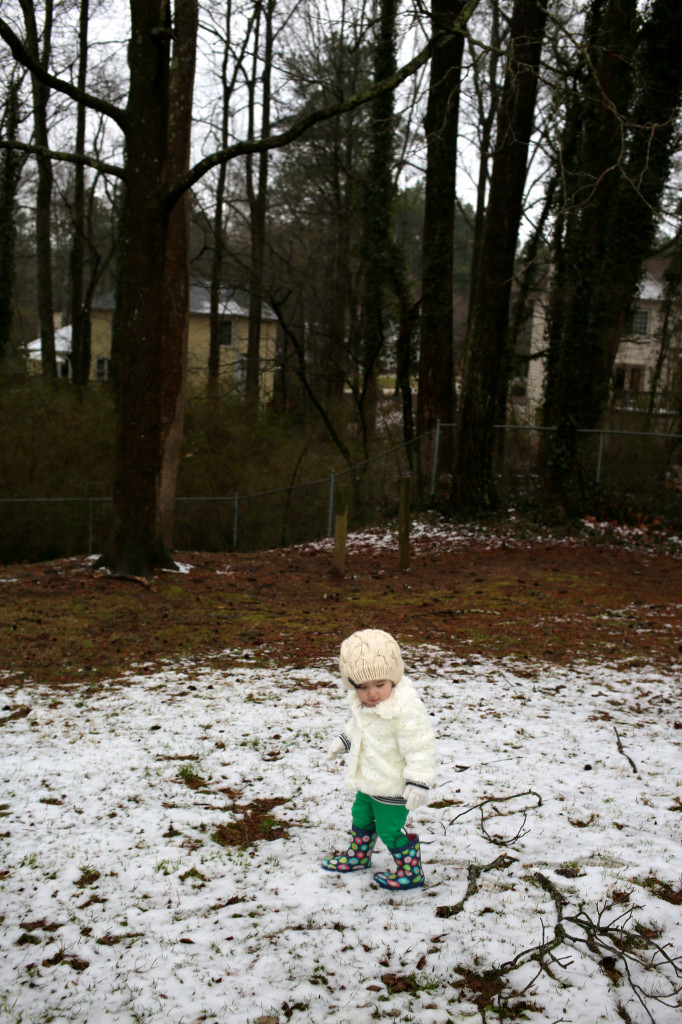 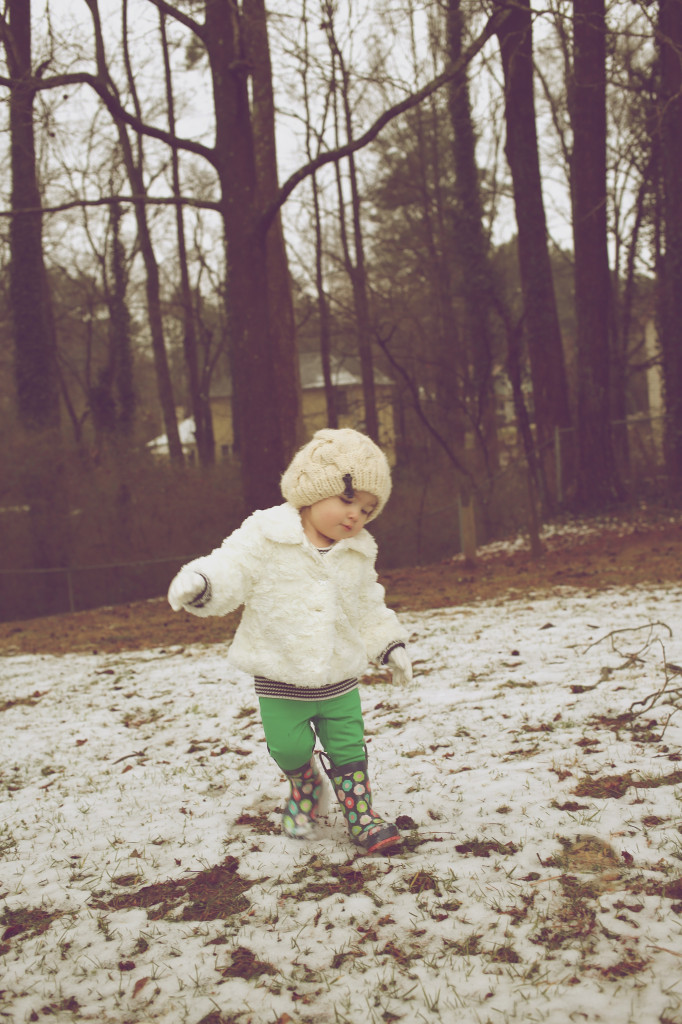 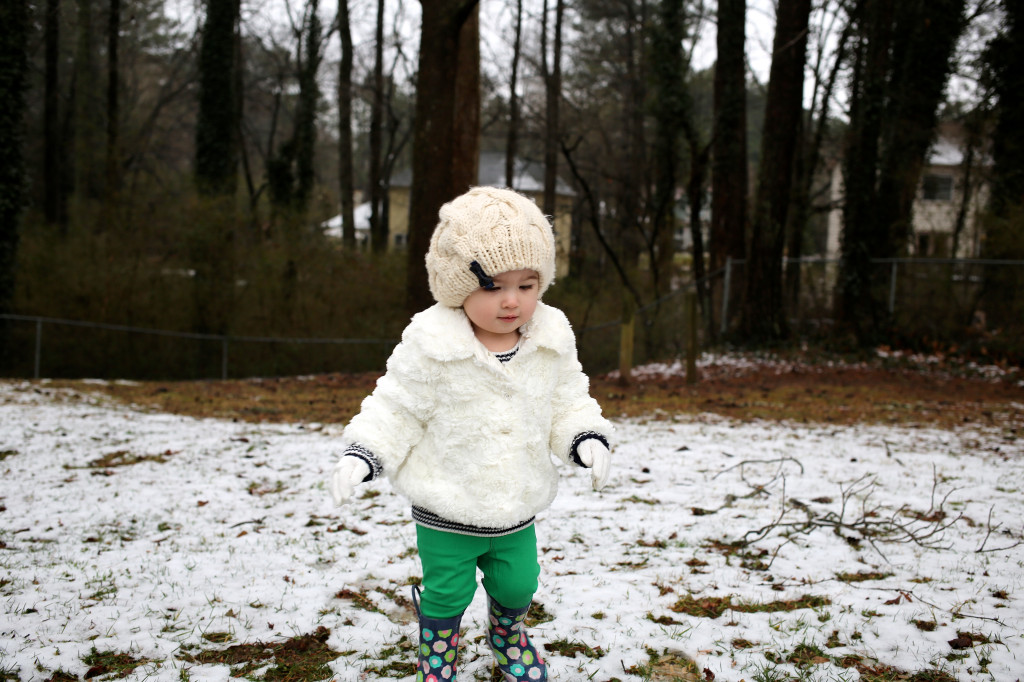 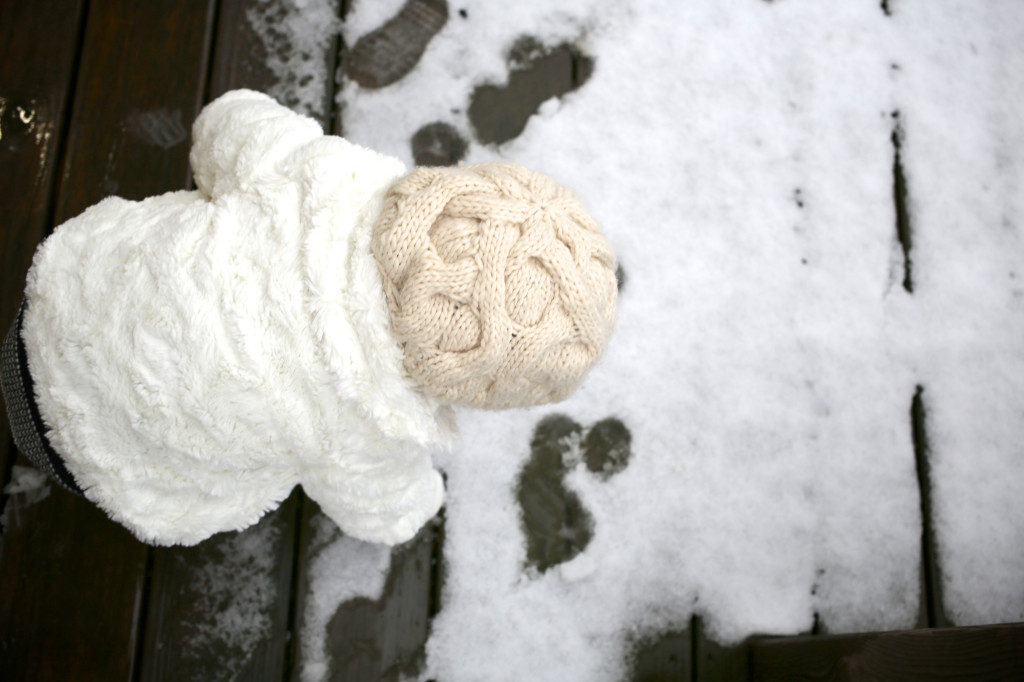 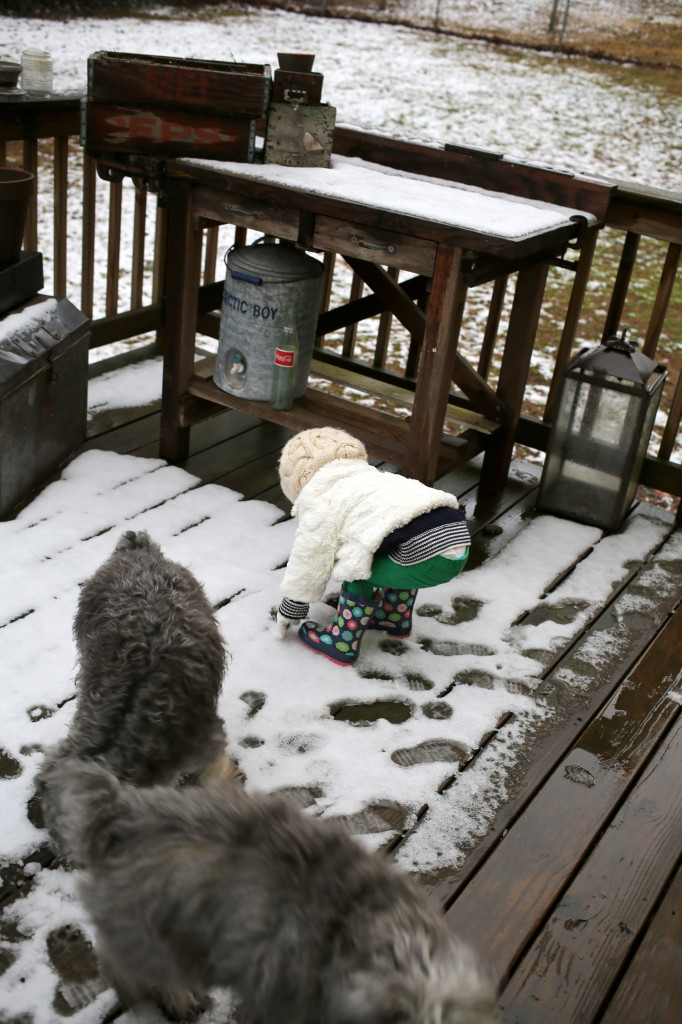 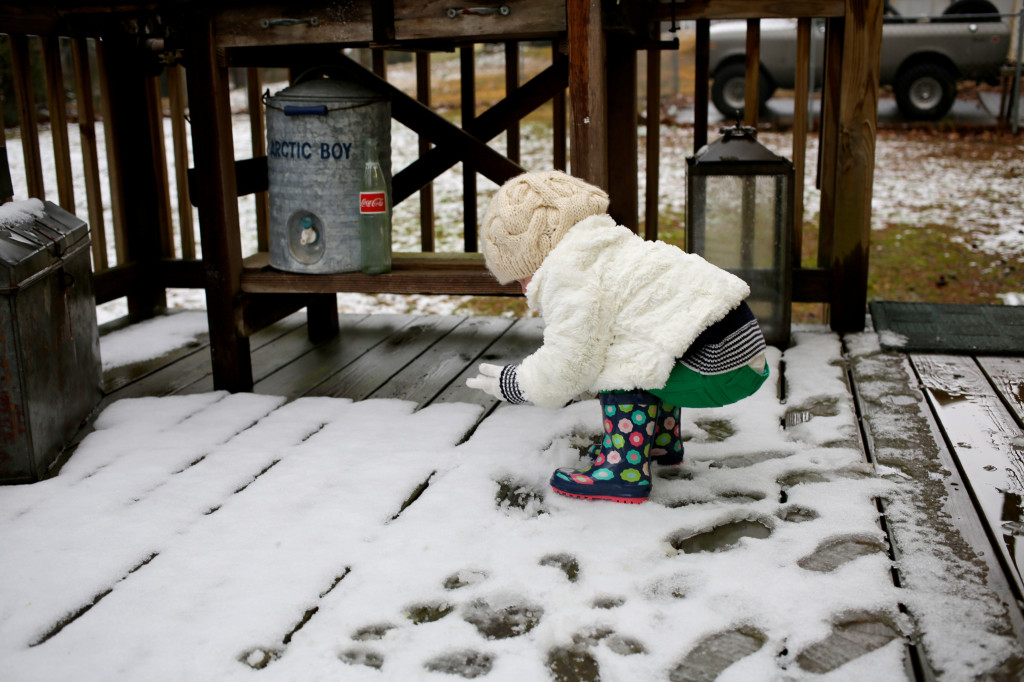