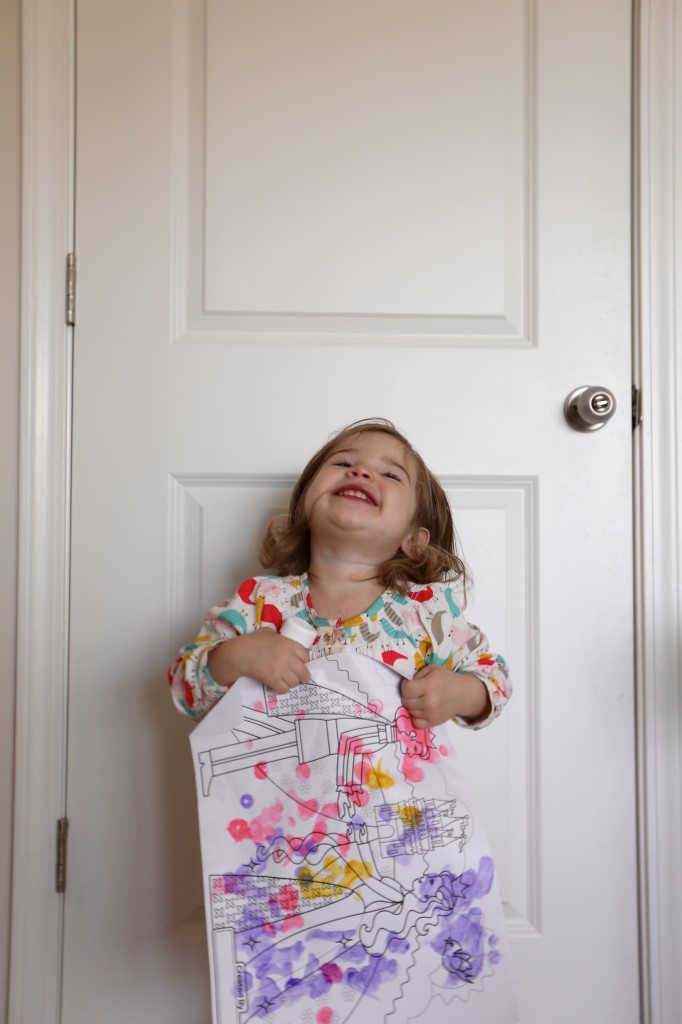 88 / 365: Cricket hams it up as she shows off the artwork she created with dot markers — her new favorite medium. #proudlittleartist 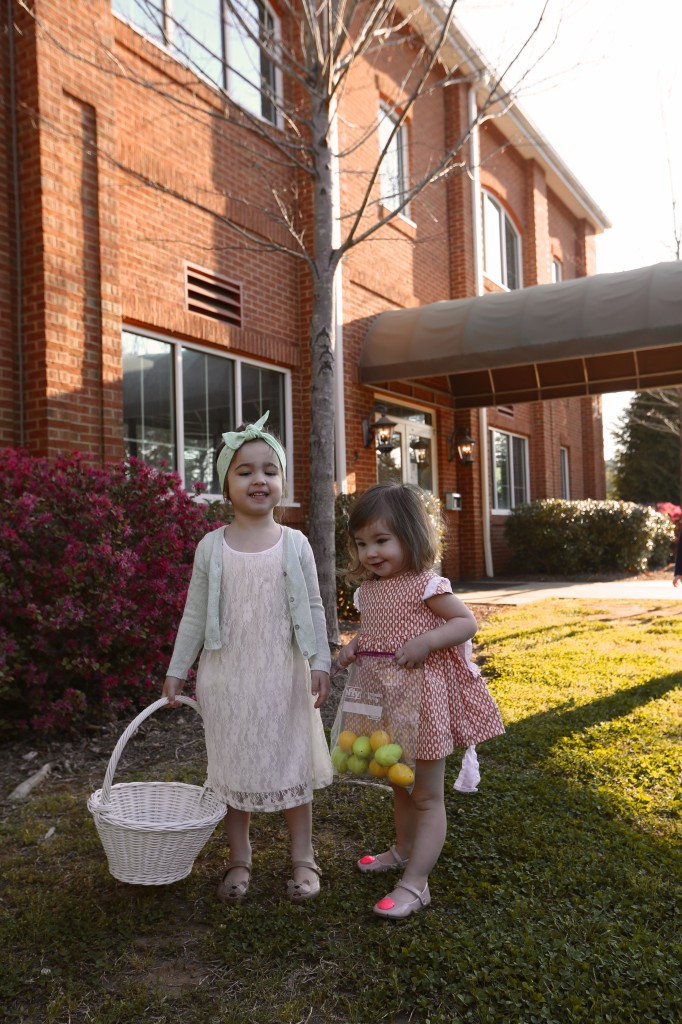 89 / 365: The girls are ready for their preschool egg hunt in a lace dress from Nanny and a handmade dress by Yia Yia! 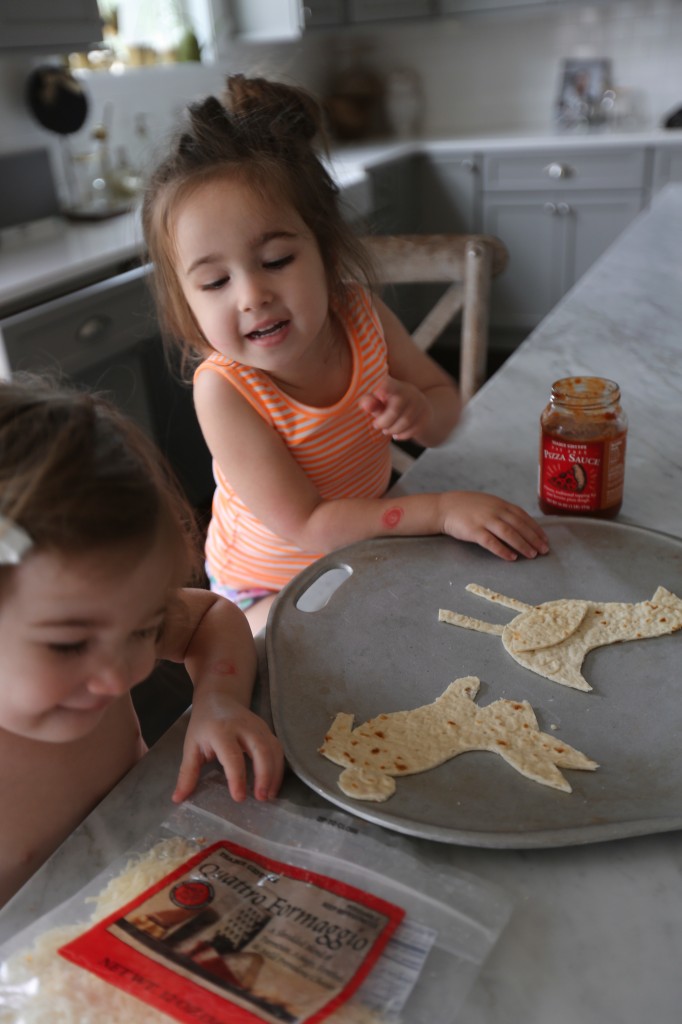 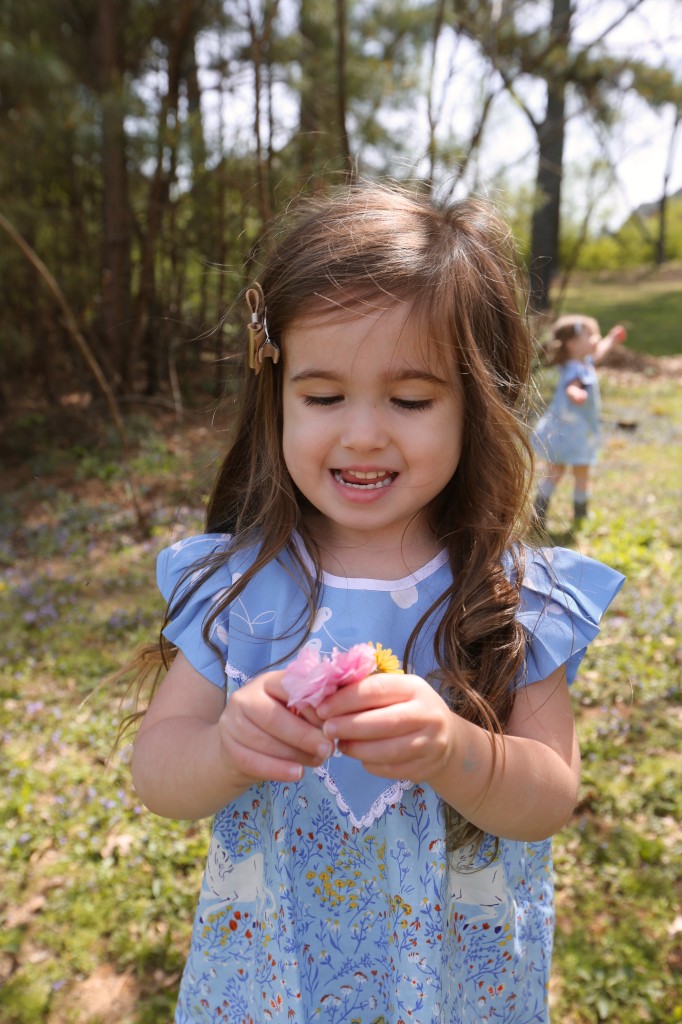 91 / 365: Emma Vance poses for my camera after Picture Day at preschool. Meanwhile Cricket twirls behind her. 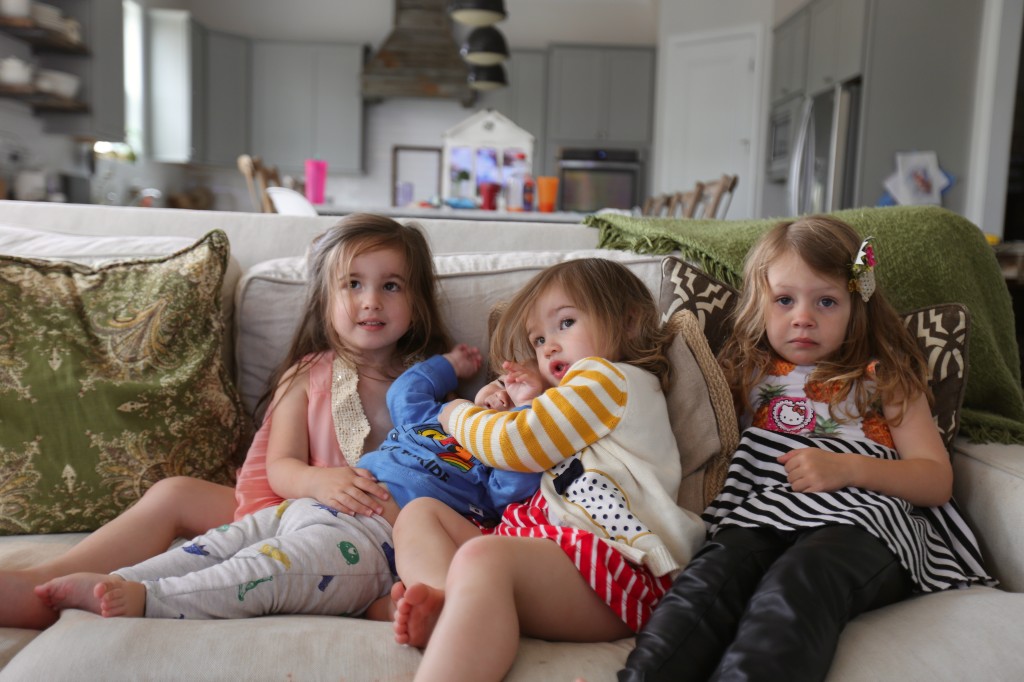 92 / 365: Oh, geez. Emma Vance and Cricket smother, er, I mean HUG their favorite baby boy while snuggled up on the couch with him and his sister Sophie during an otherwise rowdy playdate. (Can you tell that something on the television caught their attention, haha?) 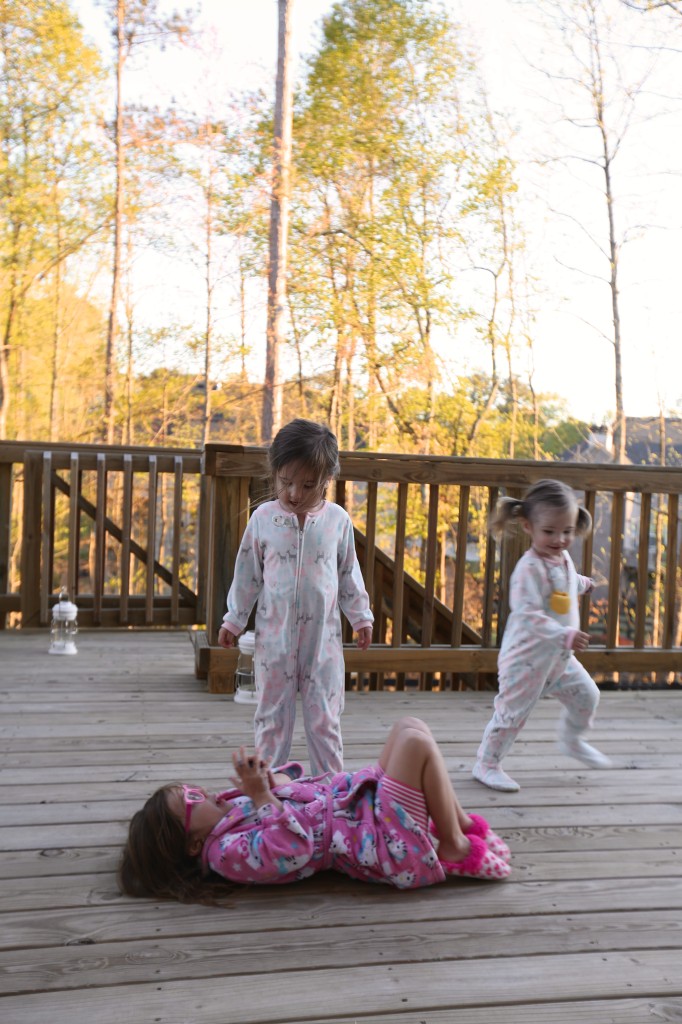 93 / 365: The girls’ older friend teaches them some game called “Dead Man, Dead Man Come Alive,” and they are thrilled to be playing a big girl game (which is basically Duck Duck Goose with counting, and maybe a Lazarus reference, haha?). 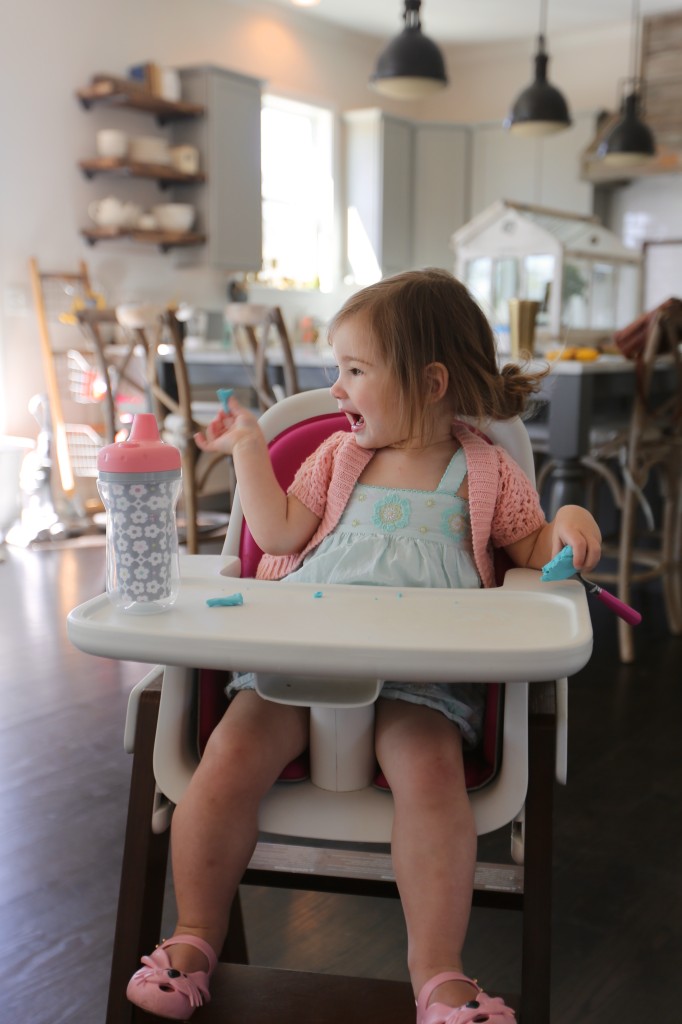