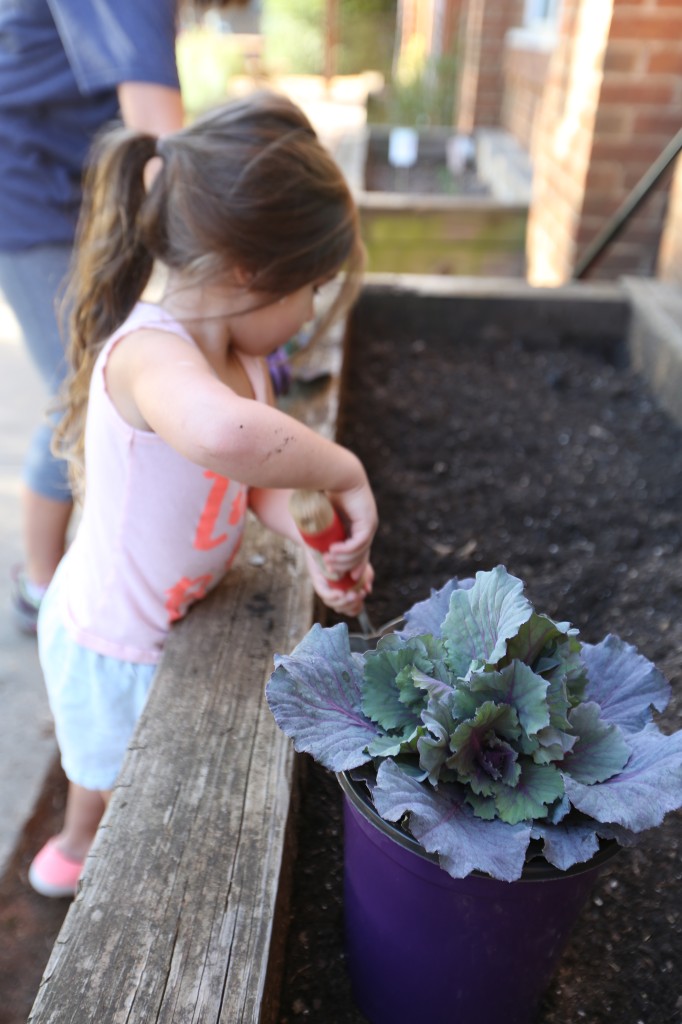 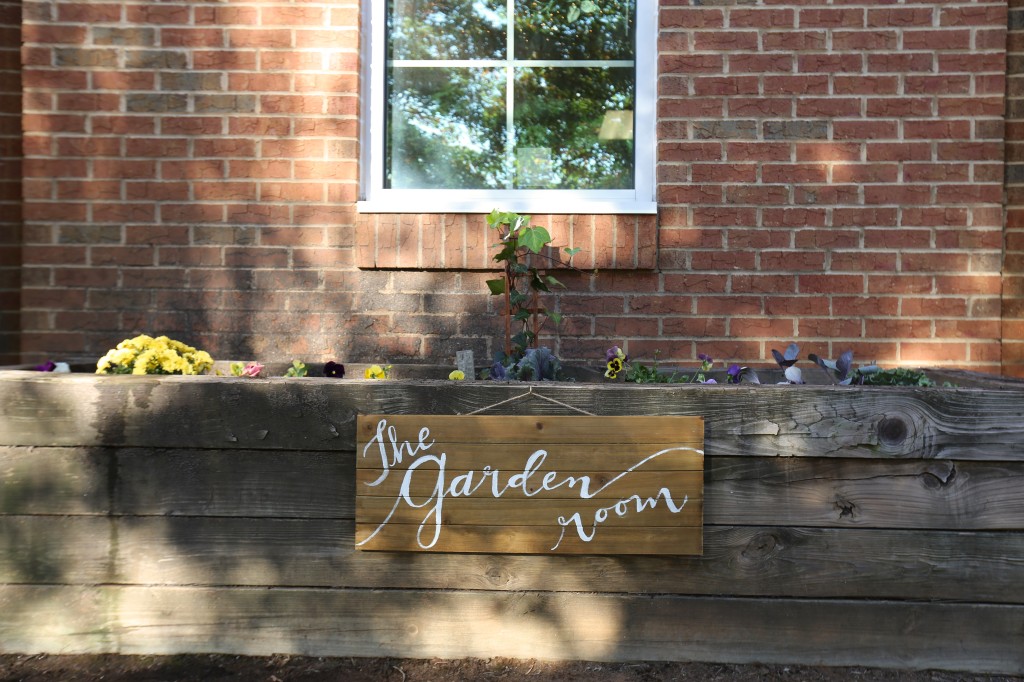 Emma Vance and Cricket go to the same preschool, but since E.V. is older, her class gets out an hour later than Cricket’s. Thus, Cricket and I have been spending a few hours a week on the playground, eating lunch while waiting for E.V.’s dismissal. A couple of weeks ago we were playing when I happened to notice the raised beds around the school. There were vegetable gardens growing and leafy plants sprouting and warnings to not touch in each garden…except for the one right outside Emma Vance’s room. It was filled with weeds and more than a bit ignored.

So I asked her teacher if it belonged to the class. It did, so I volunteered to bring some plants in to spruce it up. (Each classroom in our school has a name and theme, and E.V.’s is “The Garden Room.” What a shame it would be to not have a garden for The Garden Room!) Another mom overheard me, and everything kinda’ snowballed from there into a big gardening activity.

This morning each student brought something to add to the garden, something that would hopefully last through the winter. (We chose a decorative cabbage that was mutated but beautiful and some ivy.) Before school, I pulled up the weeds and added new soil, and then one by one the kids came and dug their little holes, plopped down their plants and lovingly covered them up. It was so fun!

After all was said and done, I think we ended up with the most beautiful bed in the school. By coincidence many people brought purple and yellow flowers, which now seems like a planned garden scape, haha! I even added a sign to mark our class garden as ours. I may be Talie Shove, Plant Assassin, but thankfully these sweet flowers are now in someone else’s care because I can make ’em pretty, but I sure can’t make ’em grow. ;) 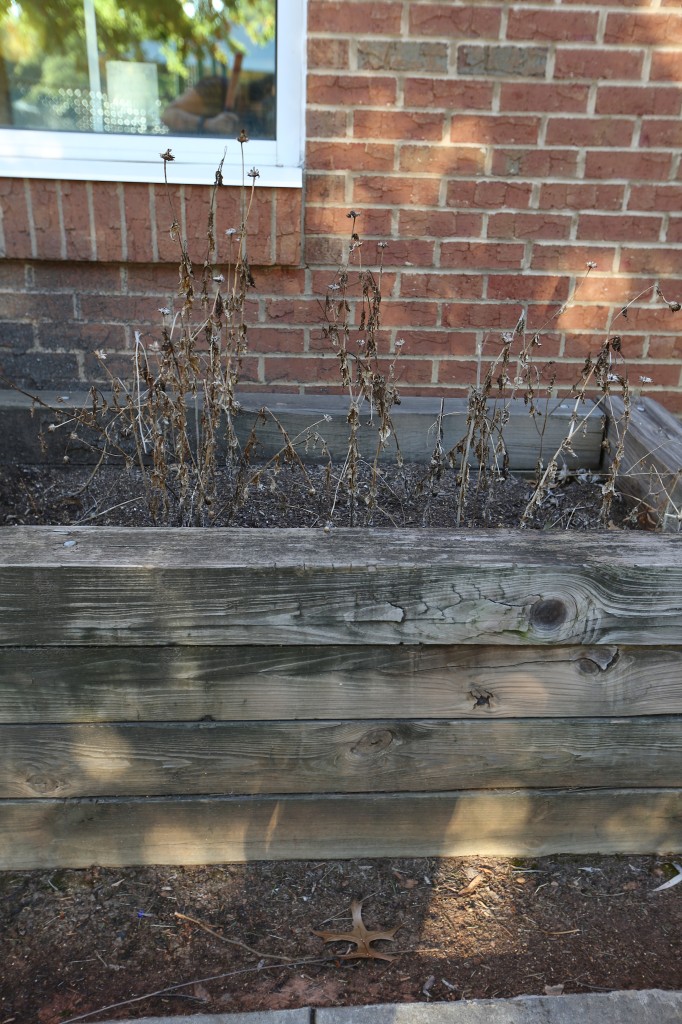 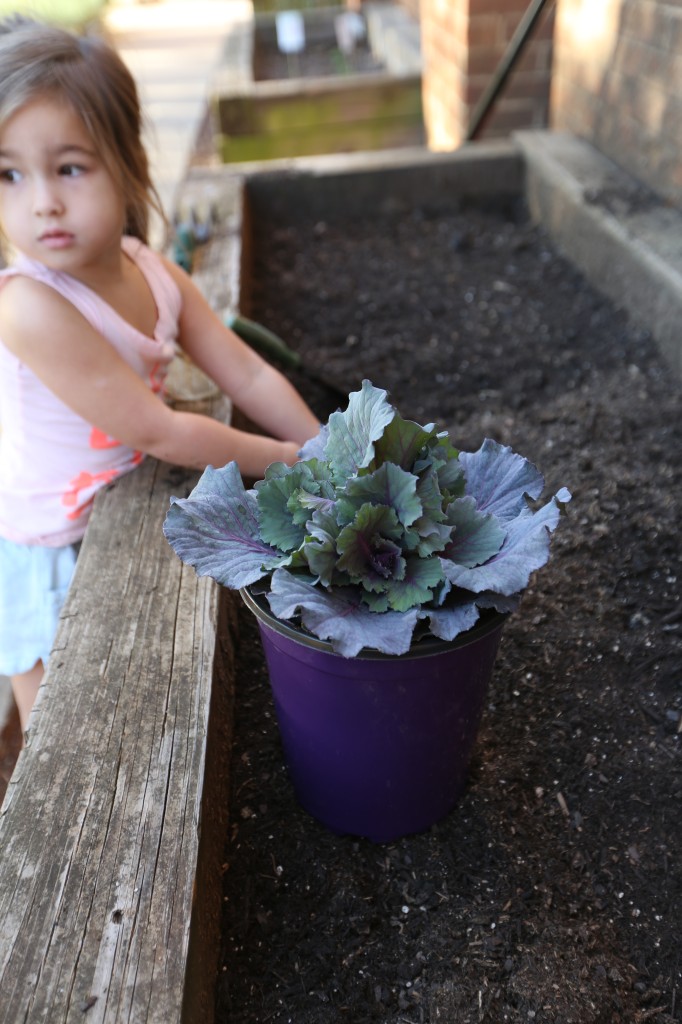 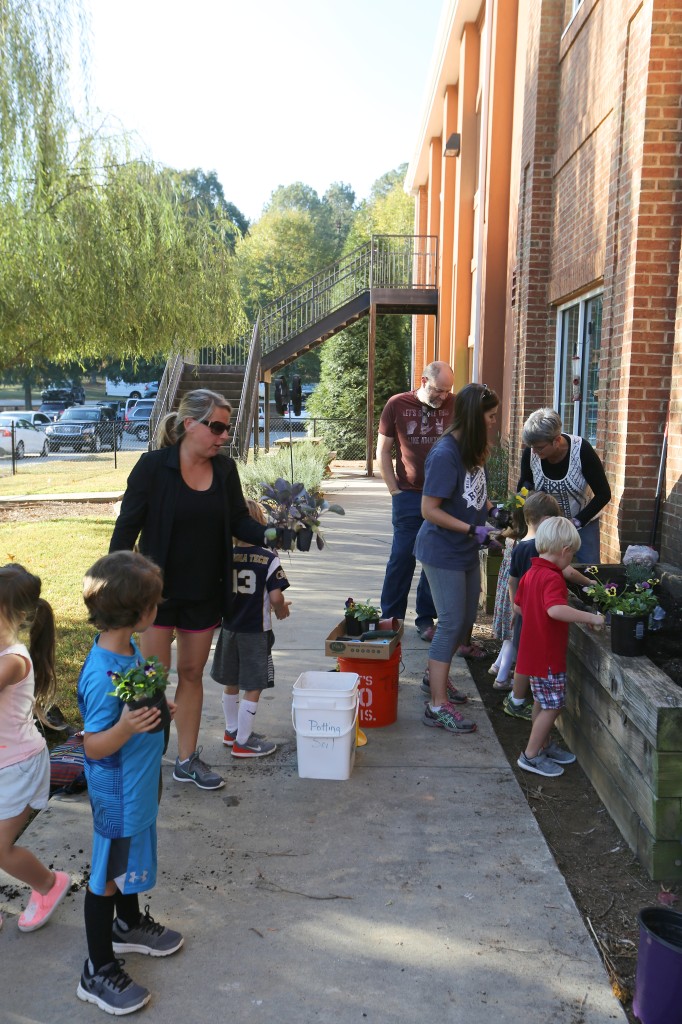 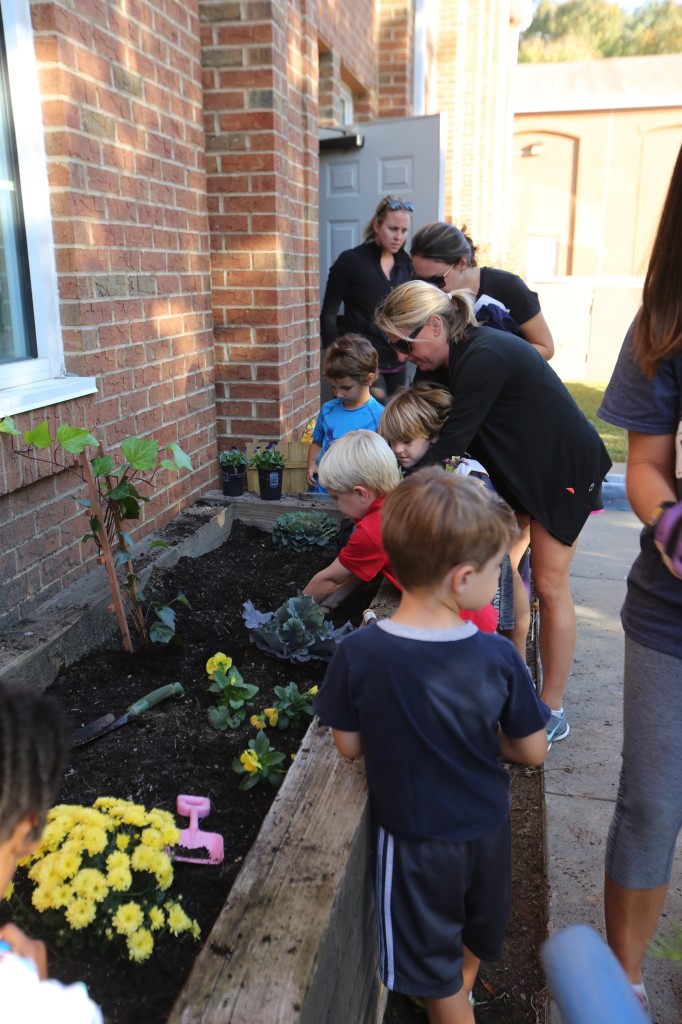 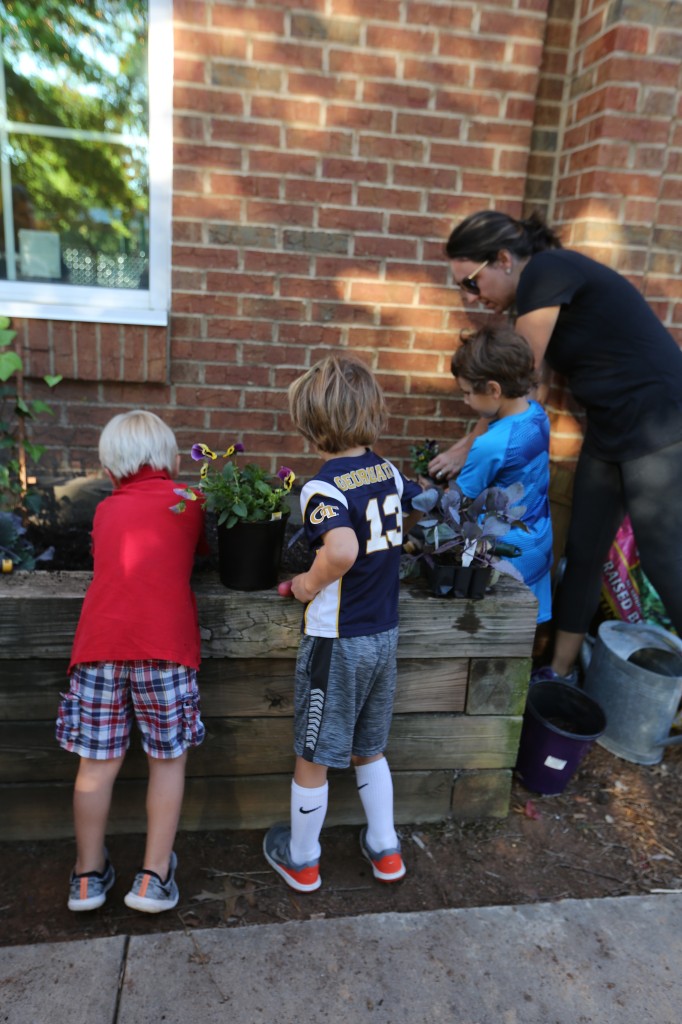 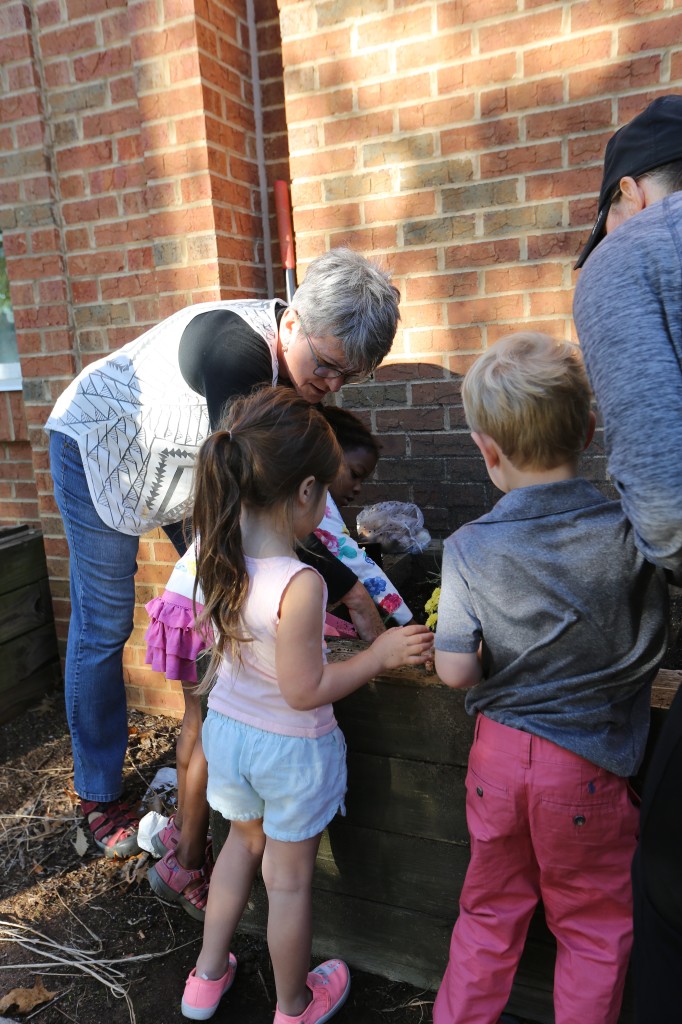 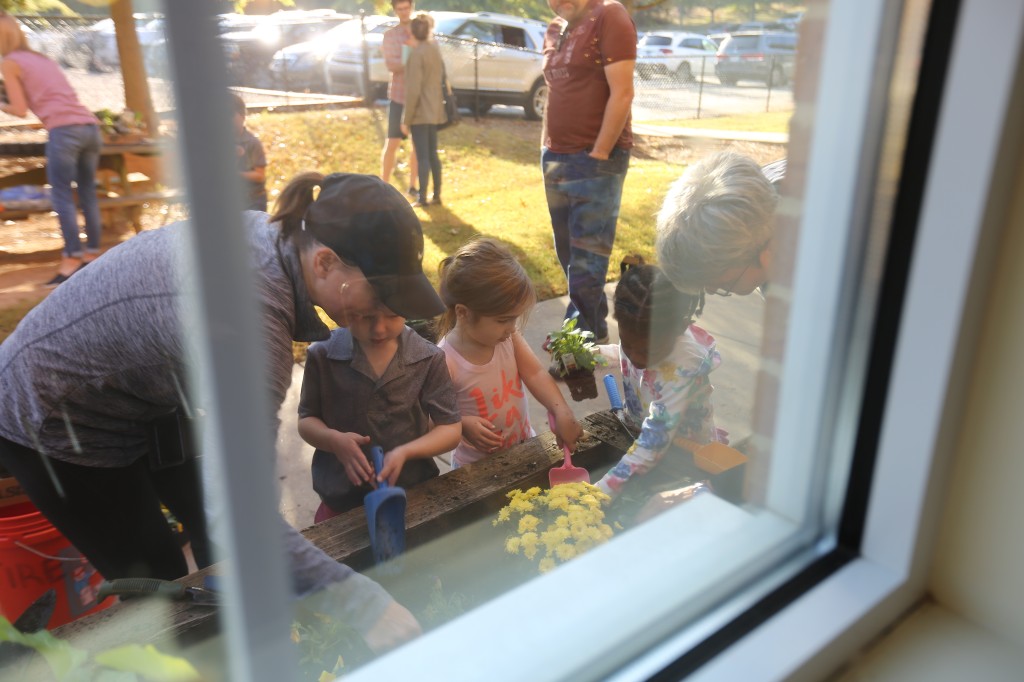 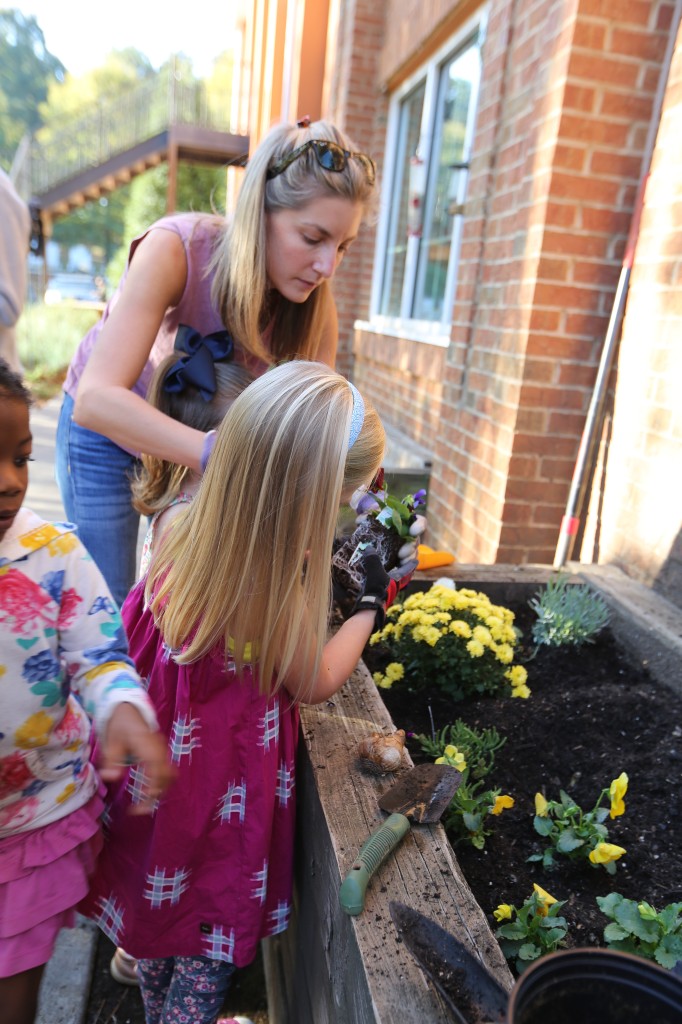 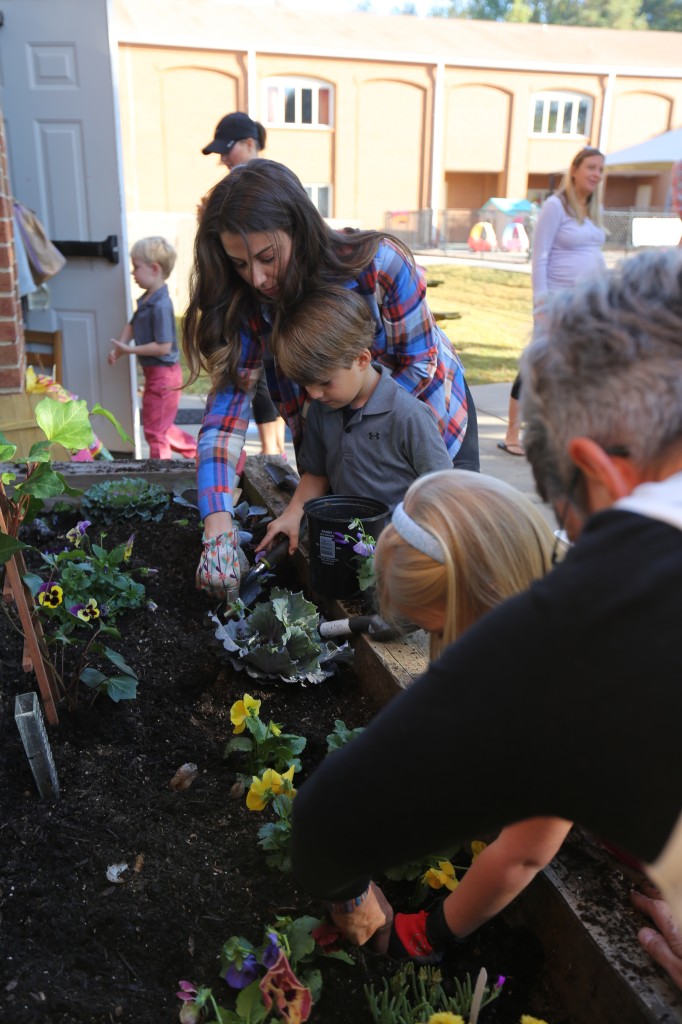 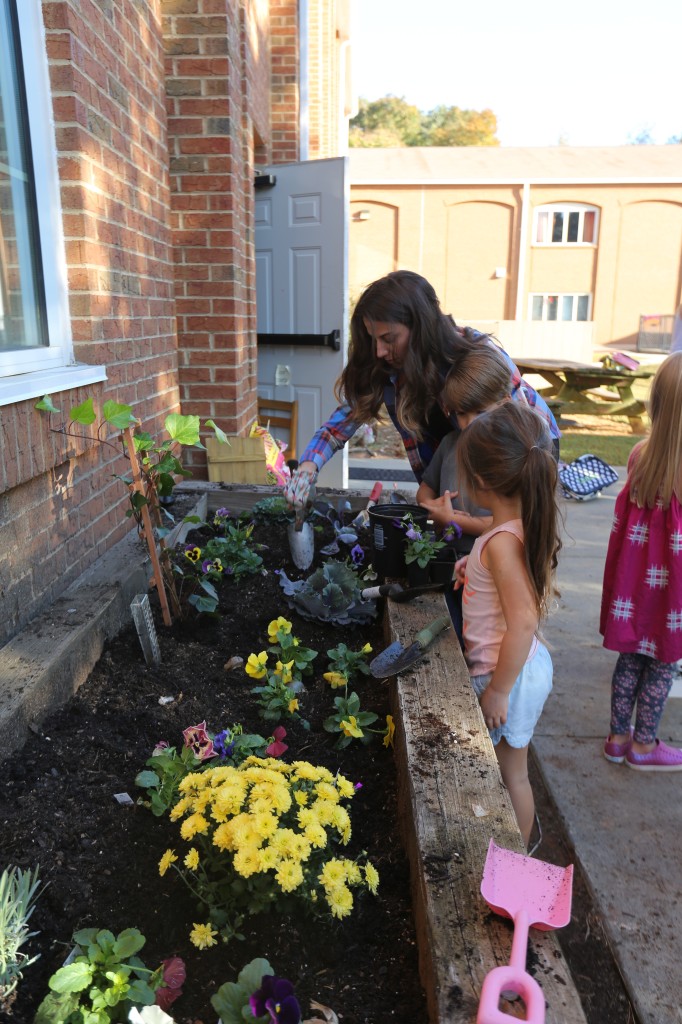 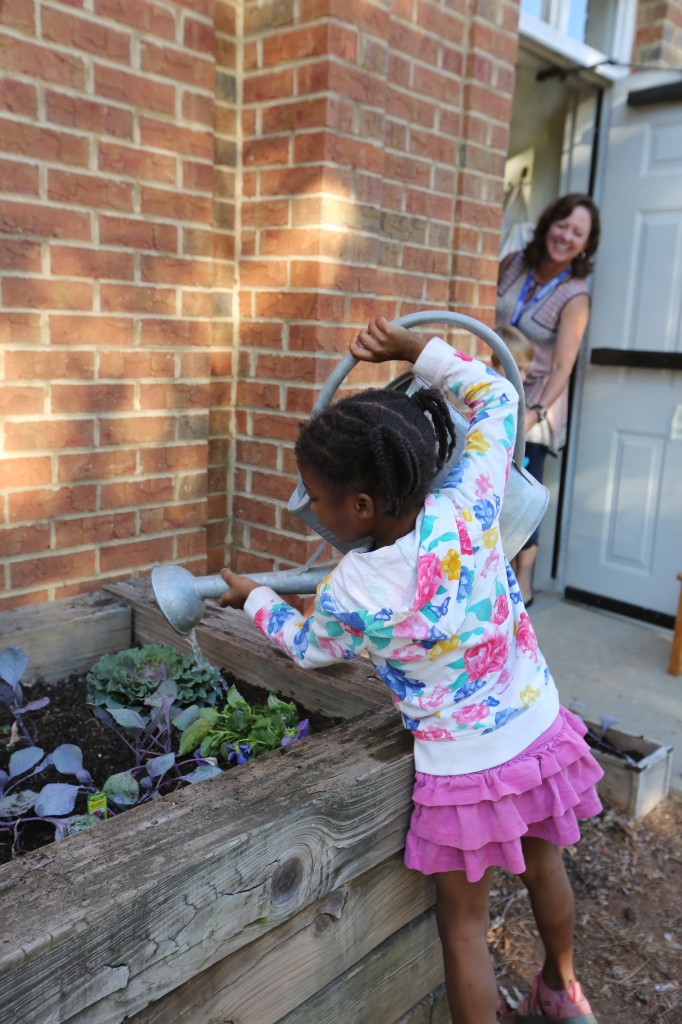 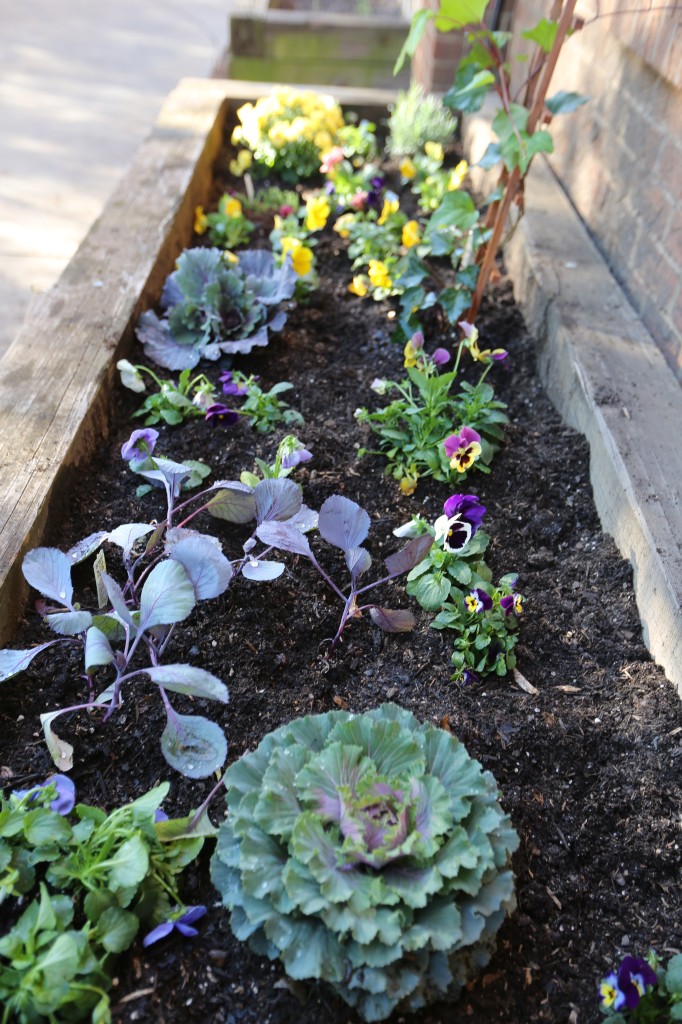 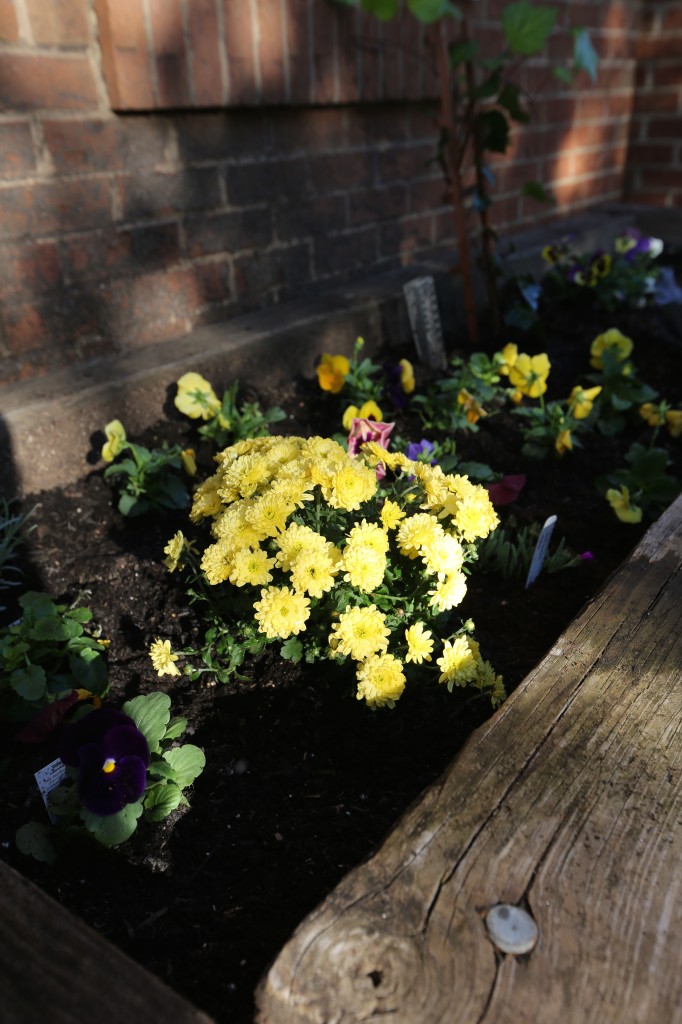 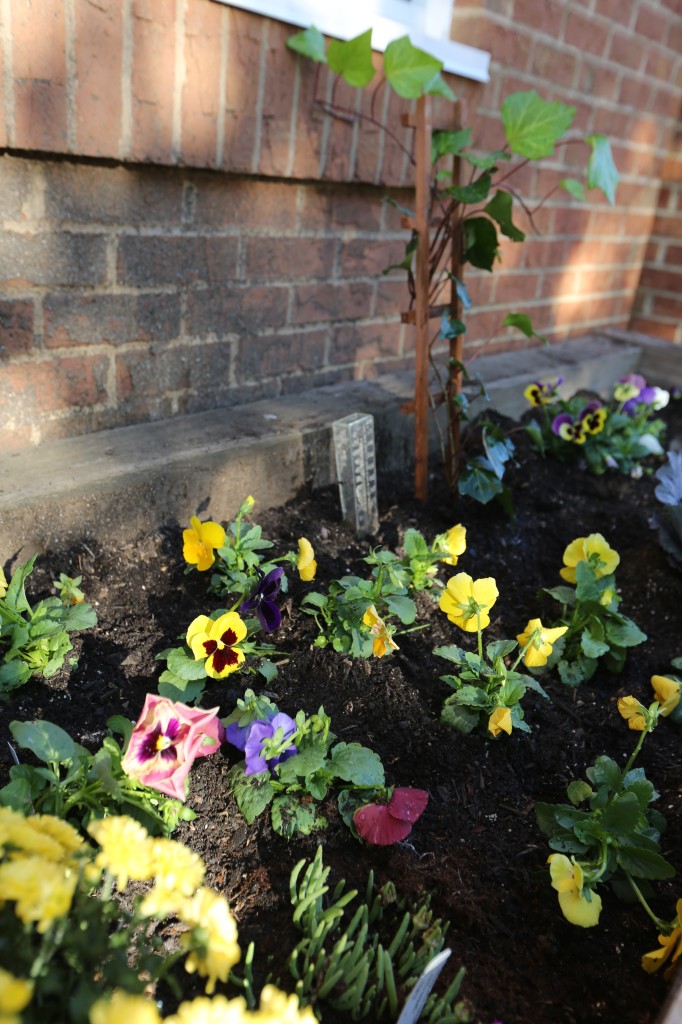 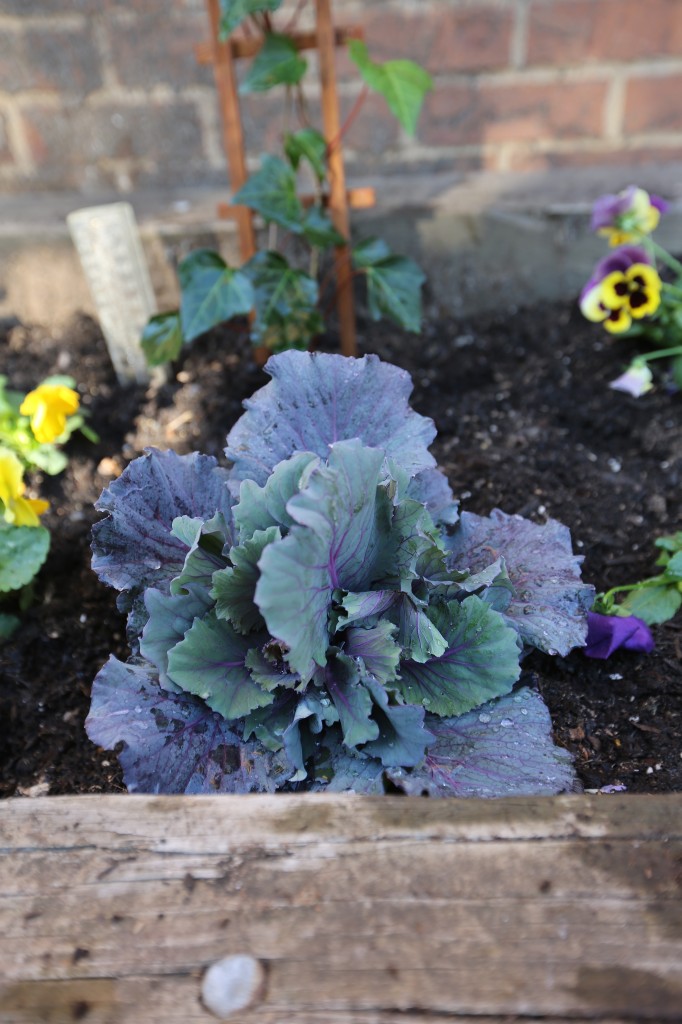 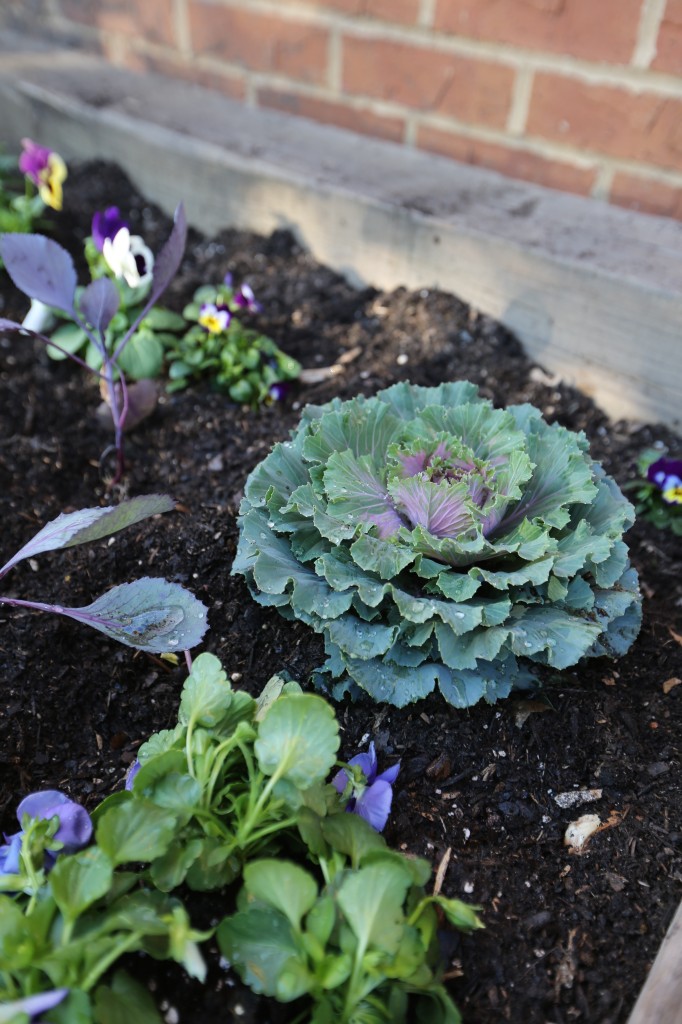 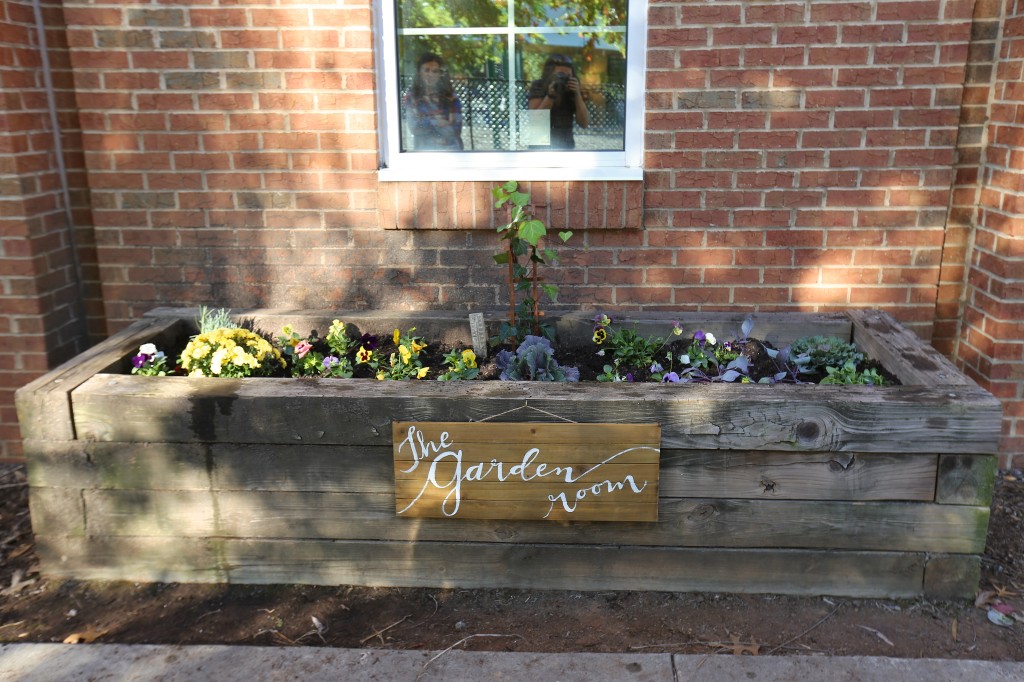