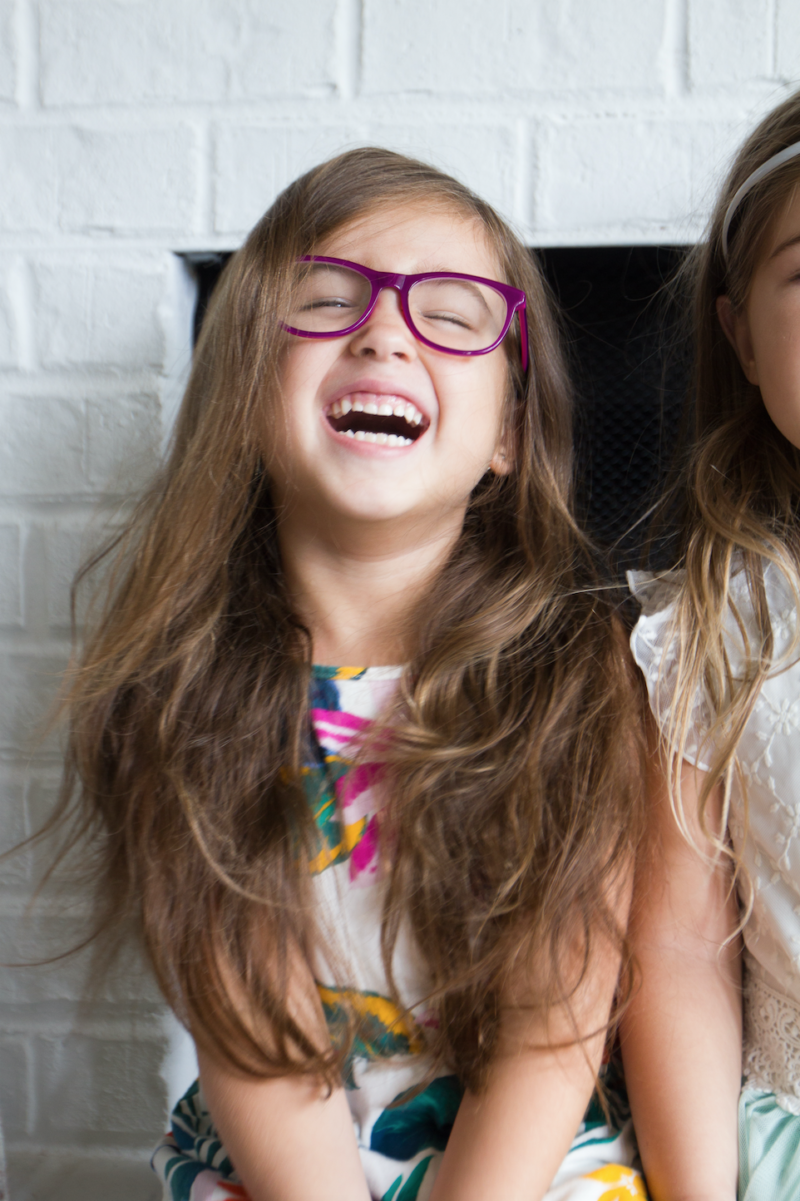 We’ve known since Emma Vance was six months old that she would need glasses (which came as no surprise, considering my crummy vision). We’ve continued to follow up with the eye doctor ever since that initial visit, and a year ago he suggested that it was finally time to get our big kid into some proper glasses.

We initially ordered a Warby Parker box thinking that we’d love to buy her first pair from the company, but (surprisingly) we didn’t care for any of the frames. Then we were kind of at an impasse as to what to order for her…and life happened…and she was doing well in school…and we found ourselves with a first grader, in desperate need of actually addressing her eyesight.

So right before school started I panicked, took her to America’s Best Contacts and Eyeglasses (where I got my first glasses, coincidentally) and got two pairs for $69.99 — woohoo!

She, of course, picked a navy pair (to match her school colors) and a magenta pair (because why not). They’re awesome. She was so proud to walk into school this week with her new style. (Gah, remember when all the cool kids had glasses and retainers? Life sure changes quickly!)

I’m not being pushy as to how often she has to wear them because she’s in that sweet spot where the novelty is fresh and her enthusiasm is endearing. Plus I’ve been calling her “The Professor” all week, which I think tickles her a little bit.

And, as a last note, as you can see below, Cricket is (as usual) utterly jealous of E.V.’s new glasses, officially counting down the days until she gets her own pair “for when I’m in kindergarten.” ;) 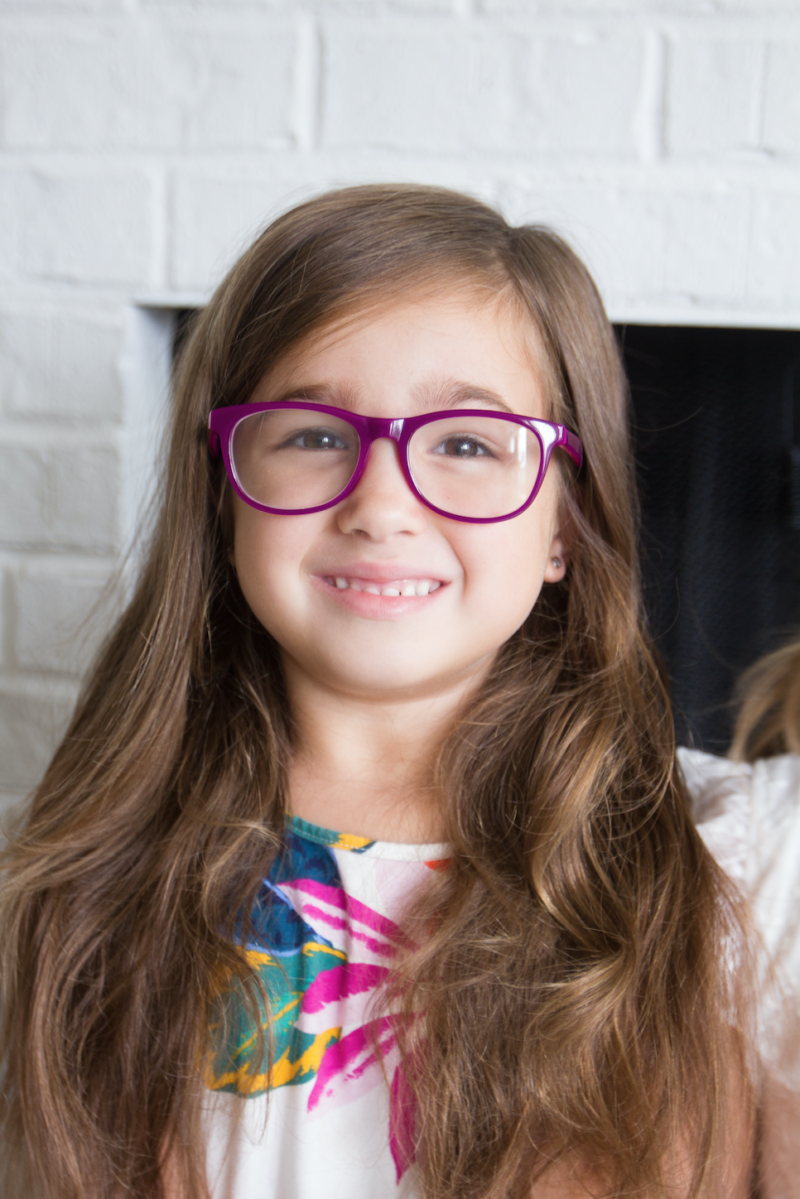 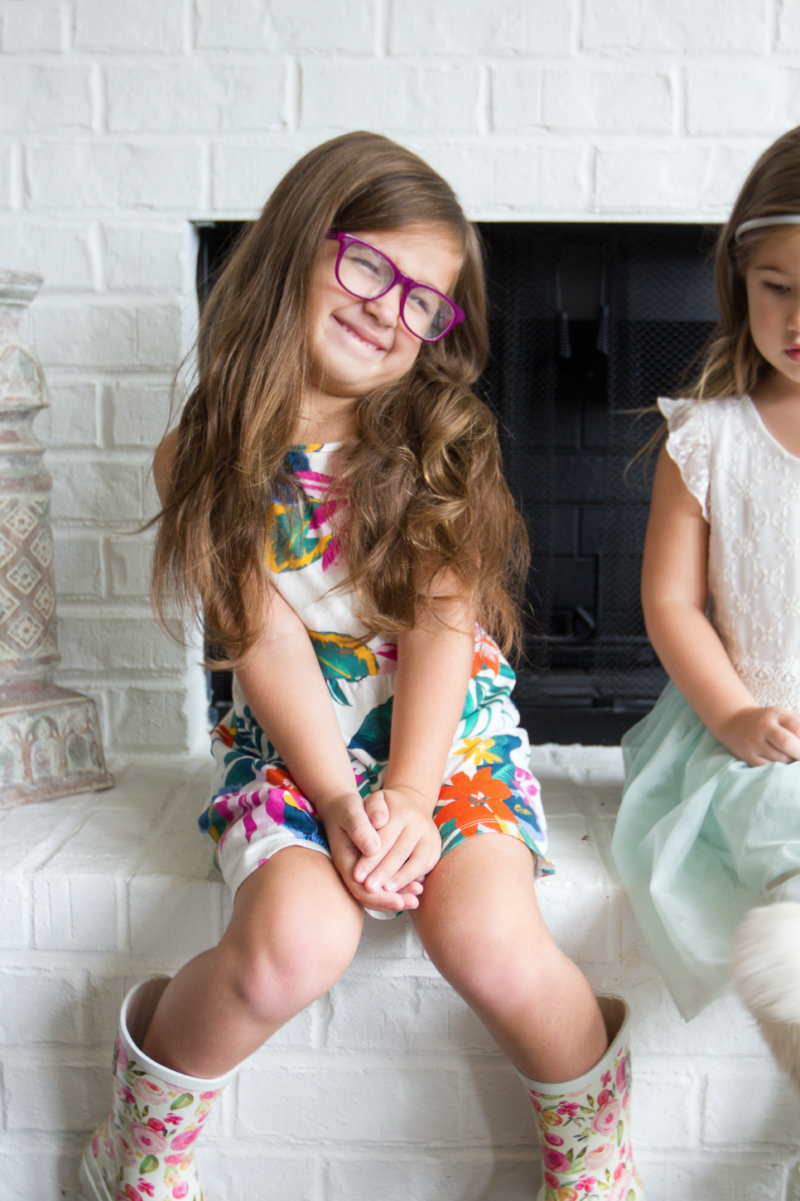 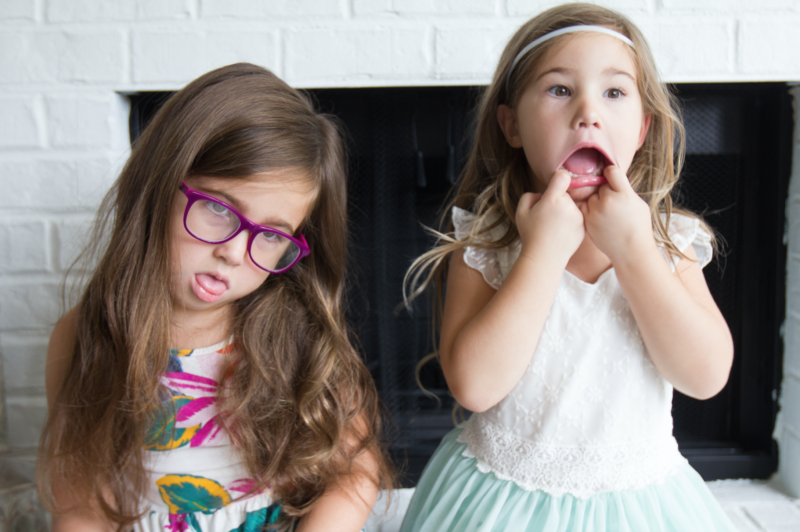 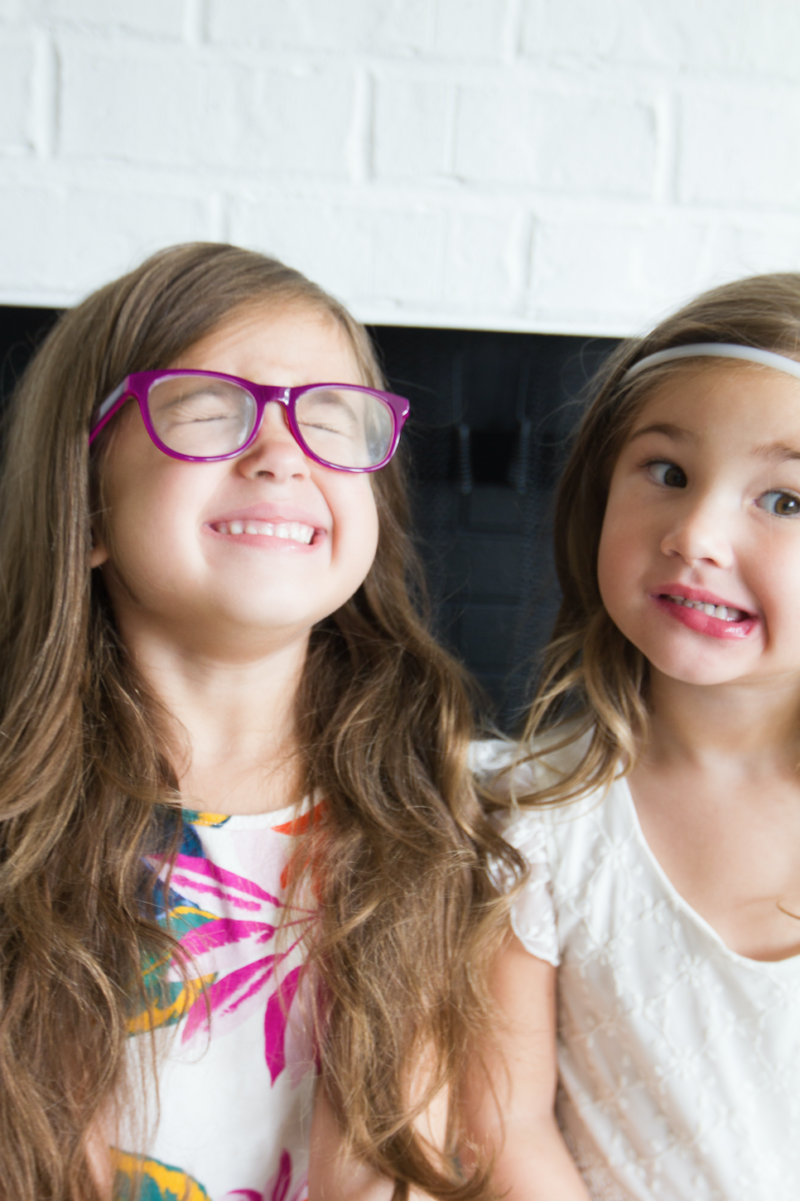 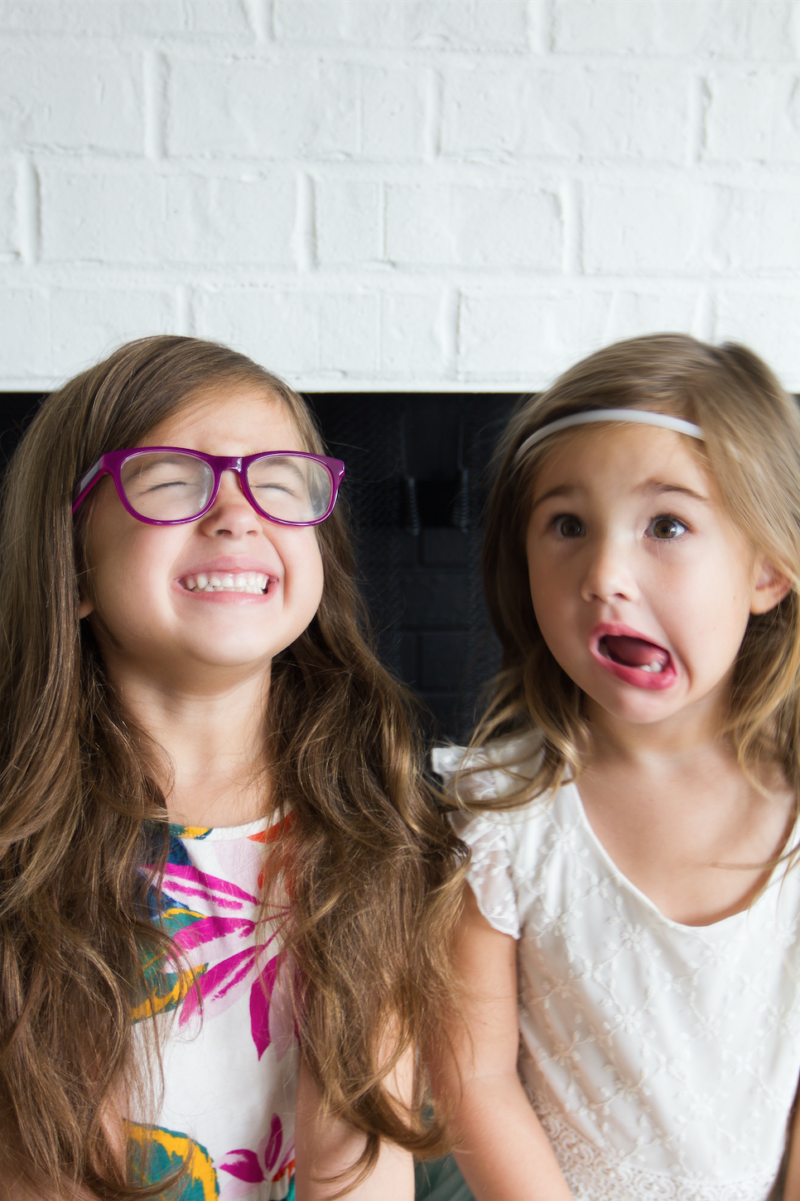 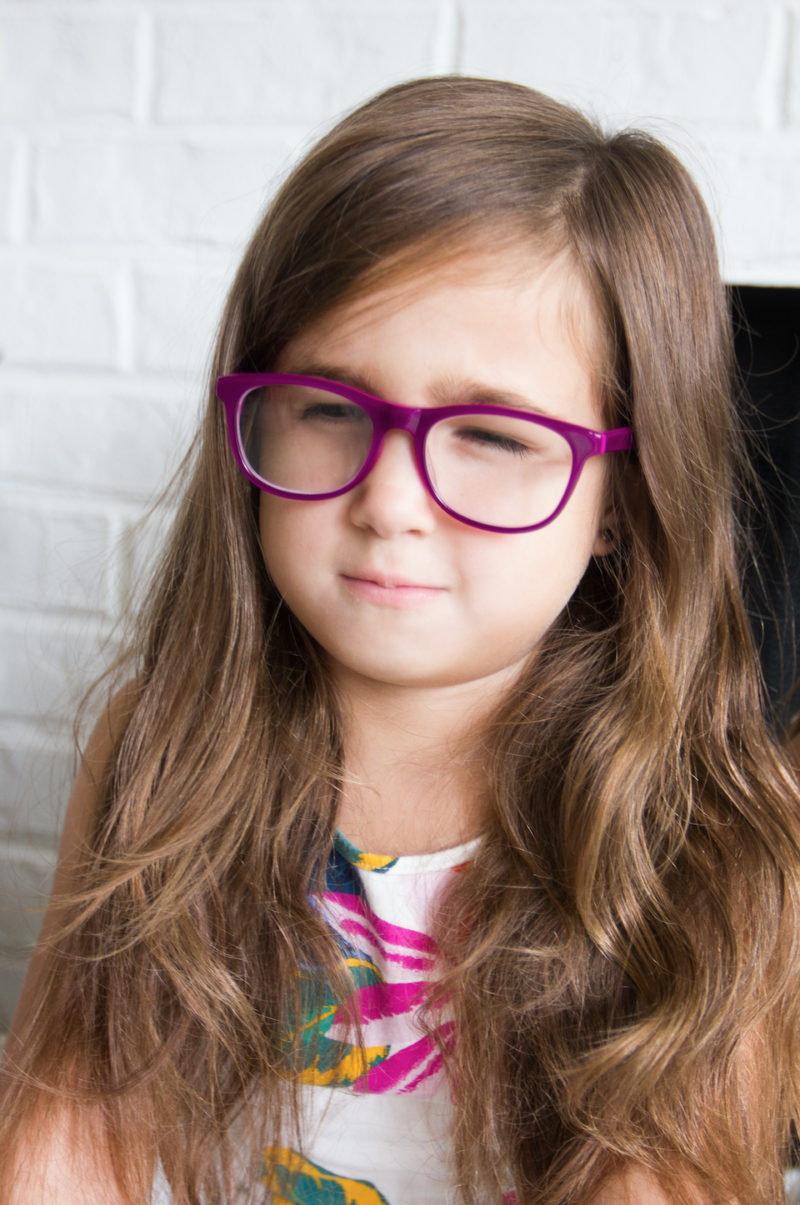 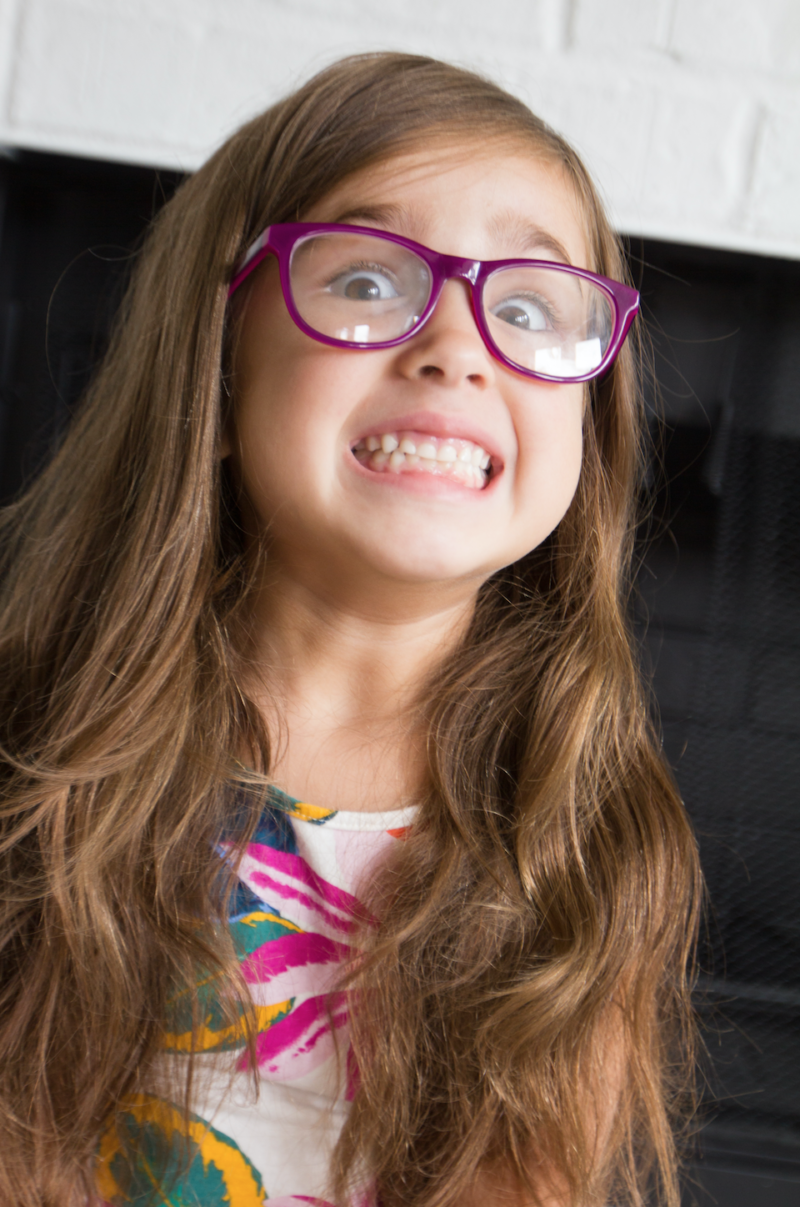 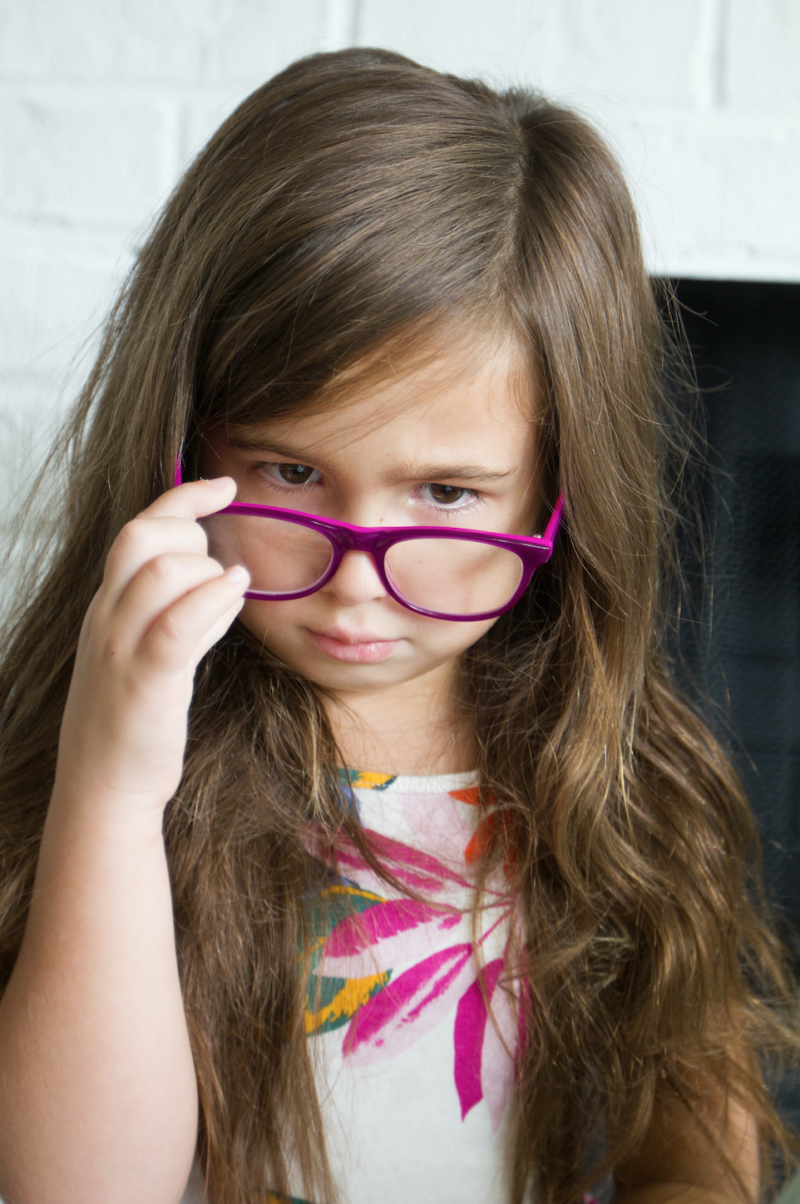