In life, there are “friends,” and then there are “Friends.” Friends are fewer and farther between, more precious than anything earthly, and enduring throughout our different stages of life. In the spring of 2001, two girls who barely knew one another decided to room together in the faraway land of Athens, Georgia, and now, more than a decade later, I can honestly say I’m blessed to call Alli Finlay a true Friend.
After over 10 years of effortless friendship, not only have we grown close ourselves, but Alli and E.V. have, too. In fact, you can imagine my surprise when Emma Vance, during a recent visit from Aunt Alli, announced that she would like a friend to play with–to which Alli promptly responded, “Why of course, E.V.! Let me just whip up a baby girl to be your friend.” And that’s how babies are made, boys and girls.
So it happened, and now Clara Finlay’s arrival is set for January. Yay! Today we got the chance to celebrate the mommy-to-be and little girl, and even though the party itself was super fun, truly it just made me excited for January. Clara has some of the best parents and friends ready and waiting for her on this side, and I personally can’t wait to hold the little lady and introduce her to her future college roommate. :)
Dear Clara,
Hurry up and get here! We want to play with you! I have already prepared a booklet entitled “Being an Awesome Baby and Other Such Nonsense” for you to read. You can read, can’t you? No? What?!? Your mom hasn’t been schooling you from the womb in order to be top of your class? Well, shame on her, and wait until you meet my mom. She’ll make sure you’re on the college prep track. I mean, if we’re going to be roommates one day, then you have to be smart so we can get into the same school. I suppose the best thing I can advise you on for now is to rest up while you’re still in there; we’ve got a LOT to catch up on in January. Until then, make sure to keep your mom up at night with lots of annoying kicks and flips! ;)
Your Friend,
Emma Vance
For Alli’s baby shower, we went with a non-traditional theme. The colors were autumn jewel tones, the decor influenced by a watercolor graphic, and the food seasonally-inspired. We hung out, eating and drinking sangria (of both the preggers-friendly and Talie-friendly varieties), decorated onesies for a “game” (sooo jealous because they turned out ADORABLE), and did the obligatory mass gift opening. It was great to see old friends and meet new ones, including Ava, Alli’s BFF’s daughter. She was hilarious, eager to help us decorate, and full of fun quotes. My favorite? She wrote a card to Alli that said, “You made the best baby ever! Mommy did too.” Uh-mazing. (And I agree on both her points!)
Here’s how the shower went… 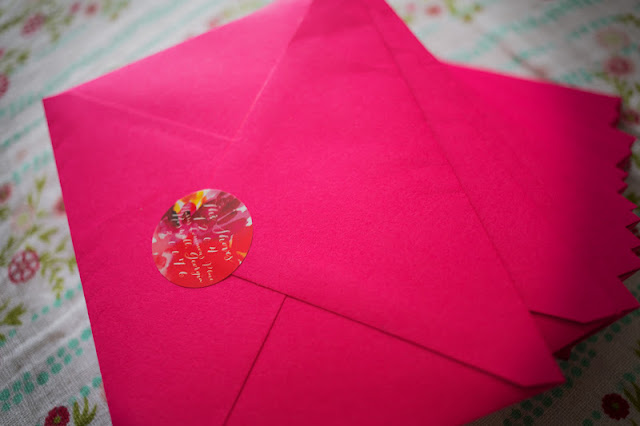 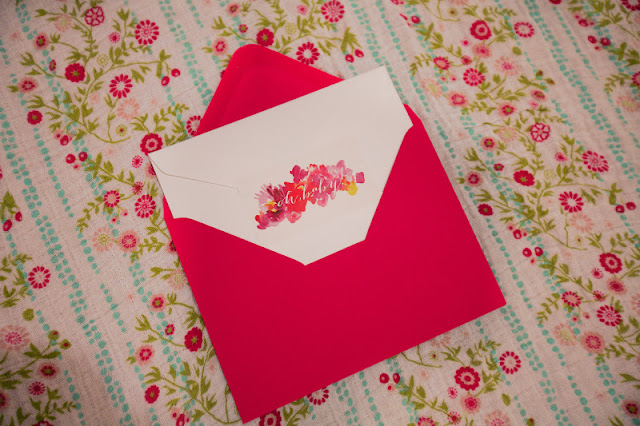 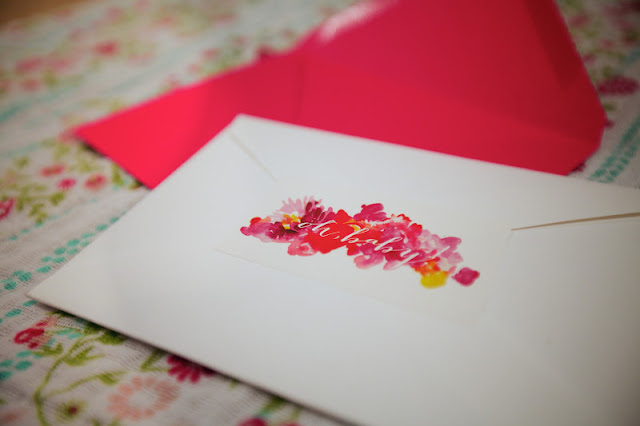 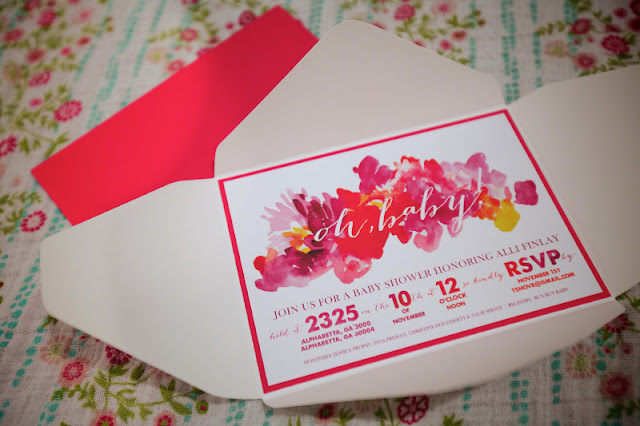 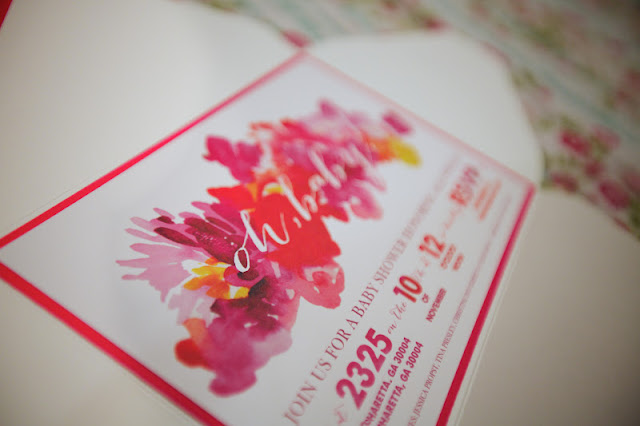 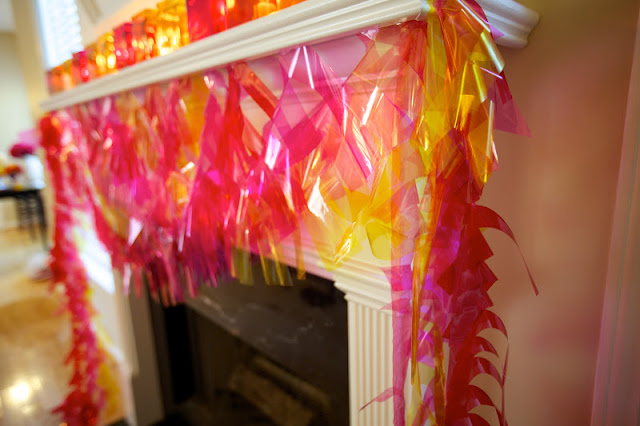 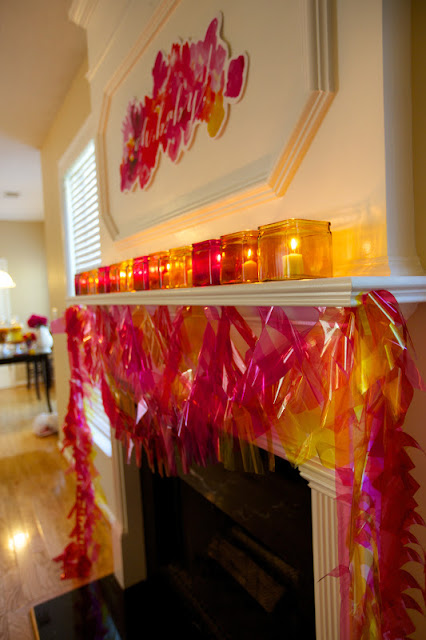 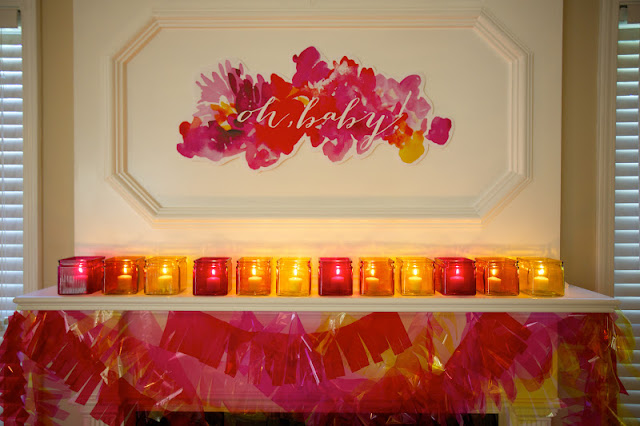 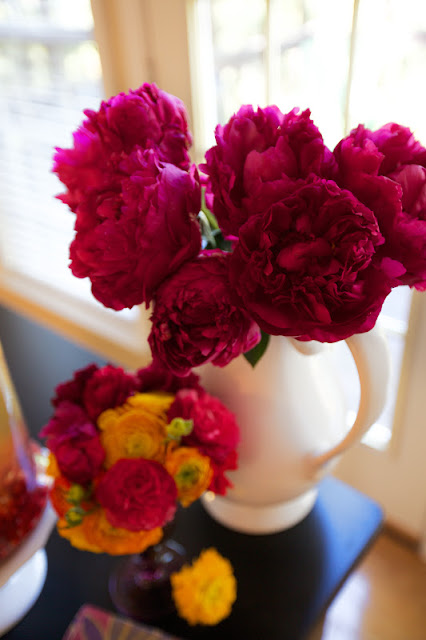 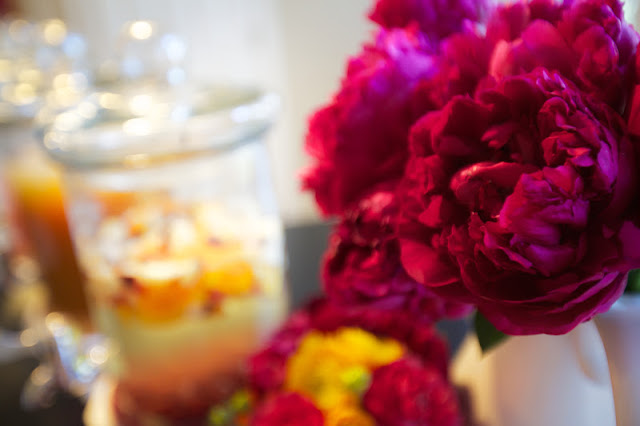 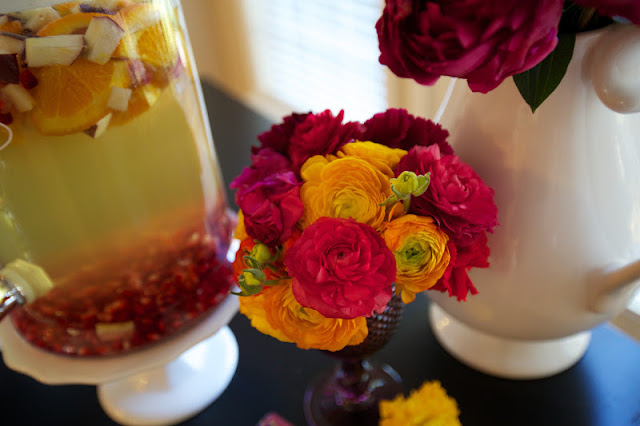 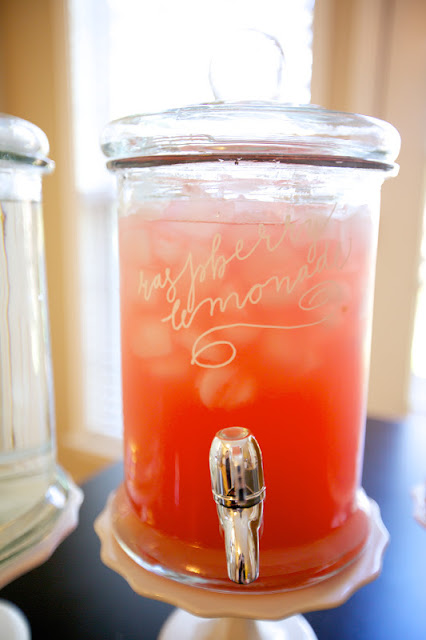 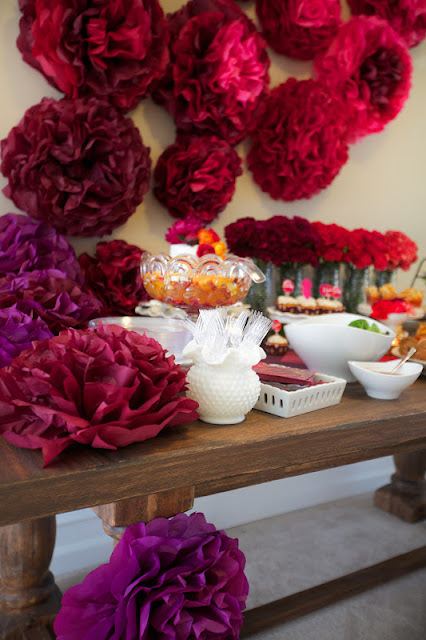 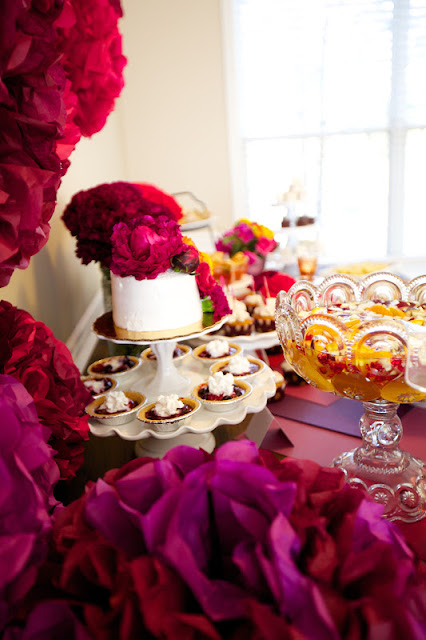 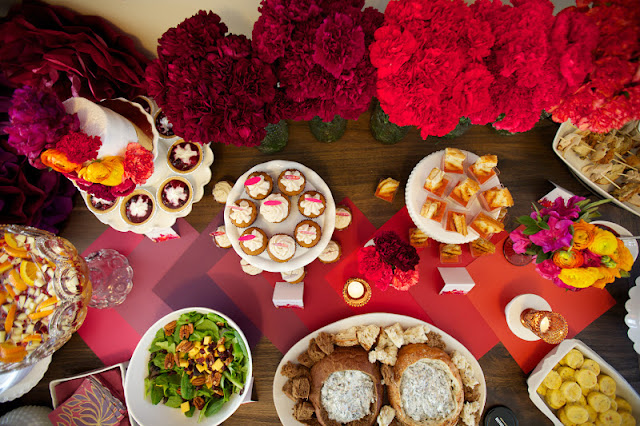 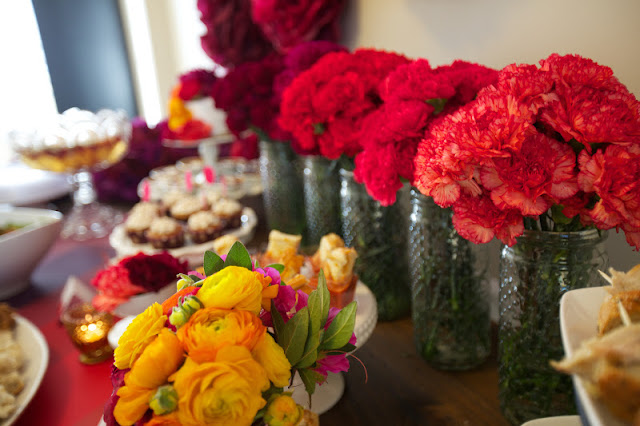 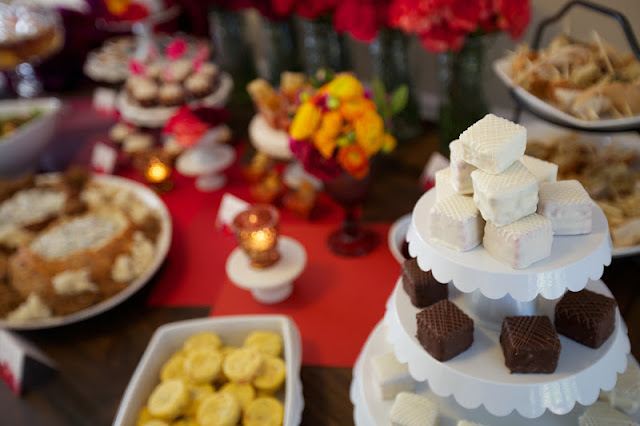 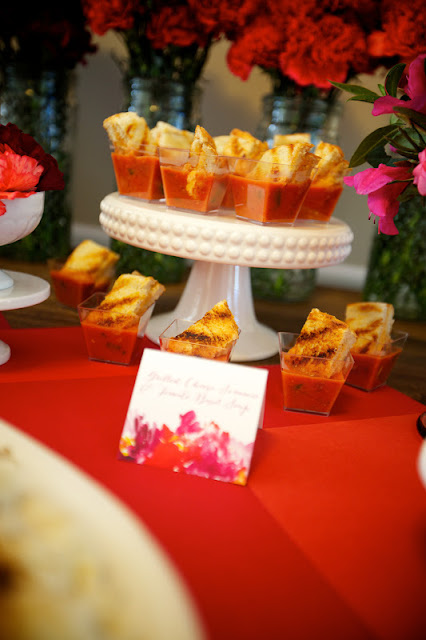 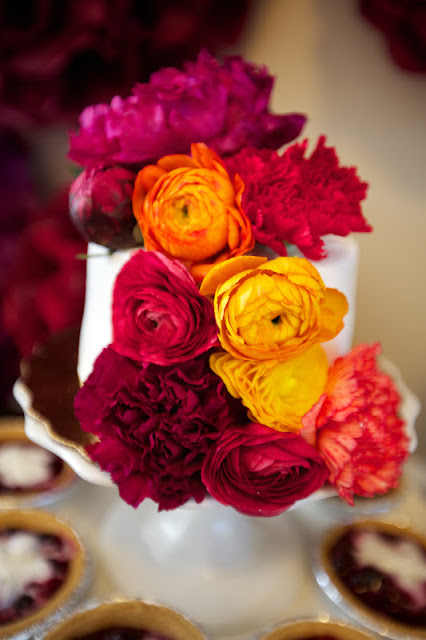 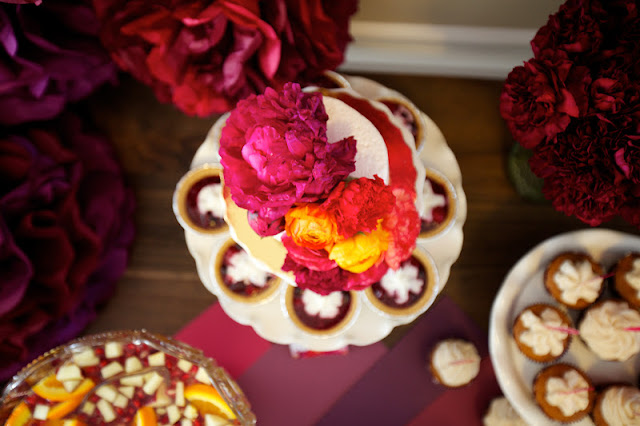