It’s that time again, folks! I know a lot of times people skip the weekly pictures of their growing belly with their second pregnancy, but I’ve enjoyed looking back at my belly pictures with E.V. so much that I decided it was worth the effort.

I had my 16 week appointment yesterday, which came with a bit of a scare and then a delightful surprise. With Emma Vance, we went through a lot of early ultrasounds and blood tests because I was at risk for a genetic problem called NAIT (Neonatal AlloImmune Thrombocytopenia). Thankfully Ryan and I discovered that the combination of our genetics does NOT put us at risk for this disease, so this time around we don’t have to do any tests–which is wonderful but also means this has been a very “quiet” pregnancy. (We’ve had only one ultrasound at 8 weeks and one doppler at 12 weeks, and both appointments were unusually quick based on my previous experience.) Those glances into my belly bring me peace, and without them I’ve been worrisome.

Being realistic, I had no expectation of getting an ultrasound at my 16 week appointment, but when the nurse couldn’t find a heartbeat easily with the doppler, she called in the big guns. (P.S. Having her move that doppler around my belly for a few minutes without success was the WORST feeling in the world!) The nurse was in high spirits, talking and laughing as she searched, but I was screaming inside: Stupid nurse, shut up and listen! Are you giggling out of nervousness or out of casual non-concern? (Because it’s really NOT appropriate!) And then I sent my internal voice to my belly: Seriously, Baby #2, please hold still and beat loudly for a few minutes. And then to where it counts most: God, please let this baby be okay! The few minutes we had to wait for the ultrasound machine was excruciating and loooong (to say the least).

Turns out that everything is fine, that my placenta is just attached toward the front of my tummy, which blocked the doppler. {insert sigh of relief} Emma Vance got to see her little brother or sister, we got to hear the heartbeat, and I was given the gift of seeing that everything seems to be going well in there. The baby is feet down, sitting Indian-style and chillin’. I was so excited to have this unexpected ultrasound (once we learned that everything was okay), but as I left, I realized that I didn’t have a print out. I ran into the doctor in the hallway and asked for it–to which she responded that she didn’t take one! I smiled politely and tried not to look annoyed, but you know what I was thinking: What?!? Are you kidding me? I didn’t see my normal doctor today, otherwise I would’ve probably said something, because, really, who does an ultrasound and doesn’t give the mom a picture?!? I was particularly exacerbated because my maternity insurance doesn’t kick in for another month or two (Oh, the joys of being self-employed!), so we’re paying for every penny of that ultrasound. I figure I deserve at least one print out in order to get my money’s worth, right? :)

The other big moment from my appointment–other than E.V. ransacking the exam room while I laid helplessly on the table–almost resulted in disaster. Okay, so maybe “disaster” is a strong word, but the hormones coursing through my veins allow me the license to be dramatic right now. :)  The doctor was explaining the ultrasound on the screen, showing me the heart, hands and feet, and as she was talking, she said, “As for the gender, I’d guess that it’s a…”–and then everything moved in slow motion as I blurted out a long, deep, “NOOOOO!” in an attempt to stop her from completing her sentence. In hindsight, it was a hilarious reaction on my part, but an understandable one (I think). She looked surprised for a second and then said, “Oh, you’re not finding out?”  I then explained that we are, but NOT until 20 weeks and NOT in a doctor’s office without my husband. (Once again, seriously, who doesn’t ask if the mother wants to know before telling her the gender of her child?!?) It was a close call, but the surprise wasn’t ruined. Whew.

After that unexpectedly dramatic roller coaster of an appointment, I left the doctor’s office feeling exhausted…only to realize that it was only 9:30 a.m. Ugh. The days are long, people, and I’ve got 24 weeks to go! :) 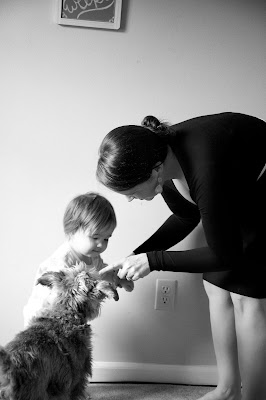 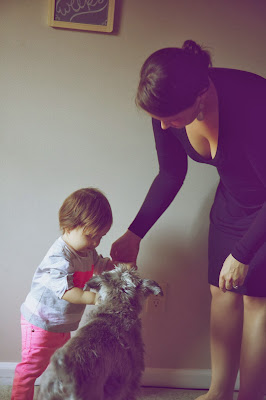 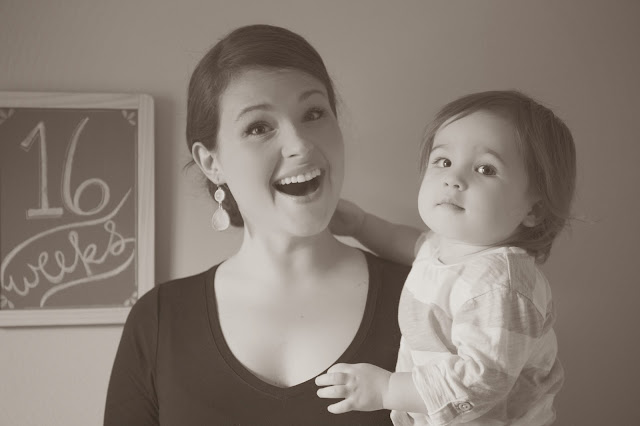