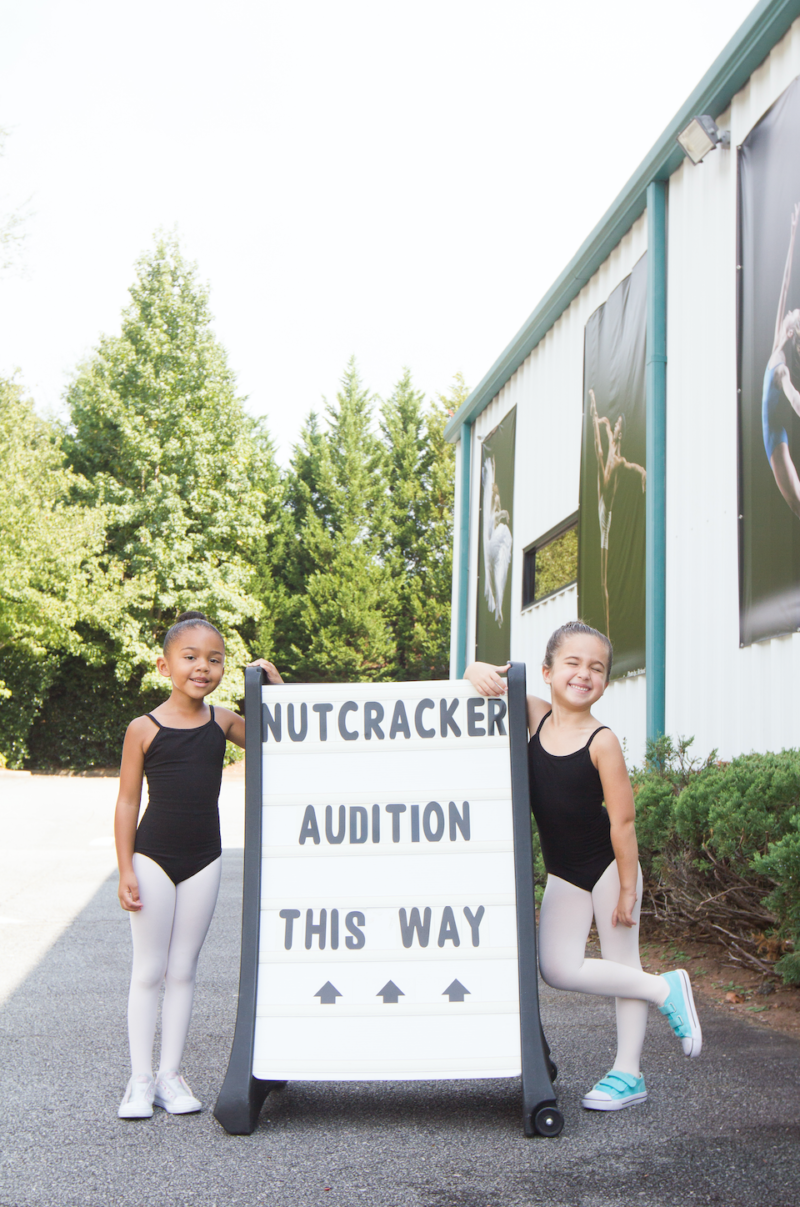 The girls and I went to see a nearby ballet school’s (very impressive) performance of The Nutcracker for Christmas last year. While they watched the soldiers and snowflakes twirl, I watched it happening on their faces — an obsession was growing.

E.V. took toddler ballet a couple times when she was little and Cricket has done ballet camps (sorry, second kid), but they’ve never been “into” dance like a lot of other girls. Until we saw The Nutcracker.

In January the requests started from Emma Vance — Can I be in The Nutcracker? I want to be a ballerina. Do you think I could be a cupcake? I figured the obsession would fade (like all the rest), but it only grew stronger.

We were committed to spring soccer, so I signed E.V. and Cricket up for summer ballet camp, thinking a week of pirouettes and plies would satisfy E.V.’s curiosity. It didn’t. In fact, since I opted to sign the girls up together in a 3-5 year old class, Emma Vance quickly declared after only one day, “This is for babies. I want to do SERIOUS ballet.” Well, then.

Over the summer she talked and talked and talked about The Nutcracker, and at some point poolside, I gave in. I signed her up for the fancy “serious” ballet school and told her she could audition. As I inquired about the process with the school admin, though, I quickly realized that auditions were held only a week into the fall season — E.V. would have had only one class before trying out. And that freaked me out.

Now, no, I’m not one of those crazy moms who thinks a first grader should be thinking about Juilliard. BUT I had nightmares of my sweet, precious little girl being humiliated when she realized that she was clearly unschooled compared to all the other dancers. So I figured that playing a little catch up would be best for everyone.

The month before the auditions, Emma Vance took one-on-one lessons from a fabulous local ballet teacher. (She teaches a preschool ballet class at her home that Cricket has attended.) I could see improvement in leaps and bounds (pun intended), and by the end of our time with Miss Katie, E.V. was ready. (And so was I — considering I had no clue what to do with her hair and where to get her clothes and what was expected of a Dance Mom. Which I am definitely not, haha!)

Emma Vance’s excitement really ramped up when she realized three of her little besties at school were also trying out, and day-of she was confident and ready. When the instructors took the group back for measurements and to show off their skills, I’m fairly certain I was more nervous than the ballerinas.

Two hours later + one stern talking-to for the parents, and I was getting anxious. The admin I had originally spoken to had downplayed the commitment, the theater location had moved half an hour further away, and I realized that we would have to adjust some travel plans to accommodate a dress rehearsal. But if this is her passion…

When they released the girls back to us, there was a buzz of exhaustion and excitement. I was sure that E.V. would be over the moon. I mean, she’d been talking about this for half a year and actively working for it for over a month. But when we got settled in the car, she was…well, kinda meh.

“On a scale of 1 to 10, eating vegetables to visiting Disney, how excited are you about being in The Nutcracker?”

Two. TWO. Twooooo. It was not exactly the reaction I had expected. We talked a bit on the car ride home, and I concluded that she was just nervous about not being cast + about dancing in front of so many people. I figured that she might regain that enthusiasm once the results were posted that night.

And she made it! A bunny! (Okay, so I’m pretty sure ALL the little girls make it by default, but I still felt so proud of her.)

But she turned the part down. Whomp.

When I told Emma Vance that she had been cast as a bunny, she was thrilled but insisted that she didn’t want to go through with it. I gave her a couple days to think, and after a lot of conversation, she decided that she didn’t want to miss out on the few things we’d have to arrange around rehearsals + still had a bit of jitters. Going through with the role would require nine bunny rehearsals, three full cast dress rehearsals, and six performances over a 10-week period, so I let her bow out gracefully, foreseeing that a meh attitude now would become a big problem a few weeks down the road. Plus I was afraid she’d get sour on the whole ballet thing before she even discovered if she’s really passionate about it.

Even though ultimately she decided against participating, I’m still glad we went to all the lengths we did for the audition. Although it was more of a test of how obedient the kids could be and less about skill, E.V. didn’t know that. She approached it as if it were really about her dancing. She practiced. She prepared. She worked for what she wanted. And we had talked extensively about how she might not make it. But she did. And I think that will stay with her — the feeling of a first-time success. She now knows that hard work pays off.

And I learned a lot, too. I had a hard time coming to grips with the fact that it was okay for E.V. to say no to an opportunity. I tend to catastrophize that a “no now” means a “no forever,” but I keep reminding myself that she’s six. And probably won’t grow up to be a prima ballerina. These years are for exploring and that means that sometimes (a lot of times) she’ll have to quit things to pursue other passions. I view my role as her mother to encourage her to grow into the person she’s meant to be — not to decide who that person is for her. So I’ll do what I did: Listen to her interests, help her set + work toward her goals, cheer her on, and love her no matter what. And, at the end of the day, whether it was nerves or lost interest, E.V. decided against The Nutcracker, but not against ballet. So we’re staying at the ballet school because she does love it…and next year we’ll reevaluate.

As for 2018, we’ll be in the front row, cheering on our friends and throwing roses on the stage! 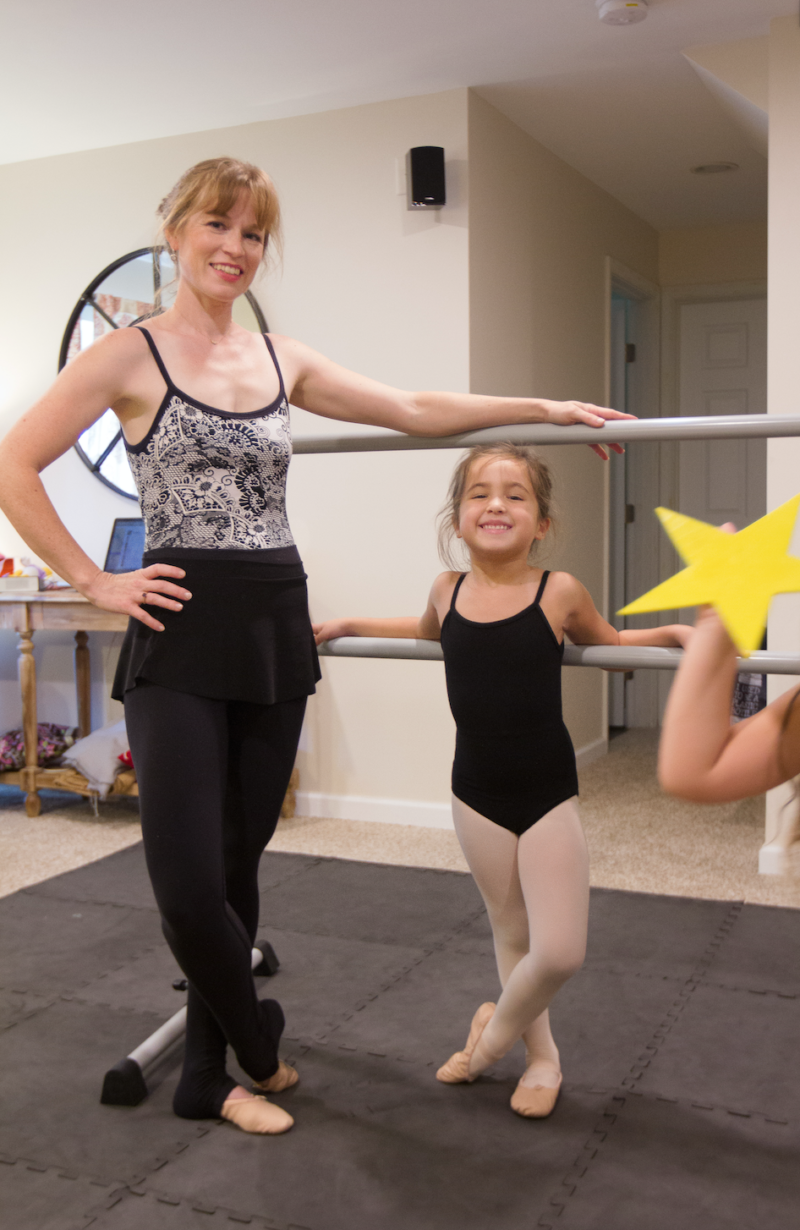 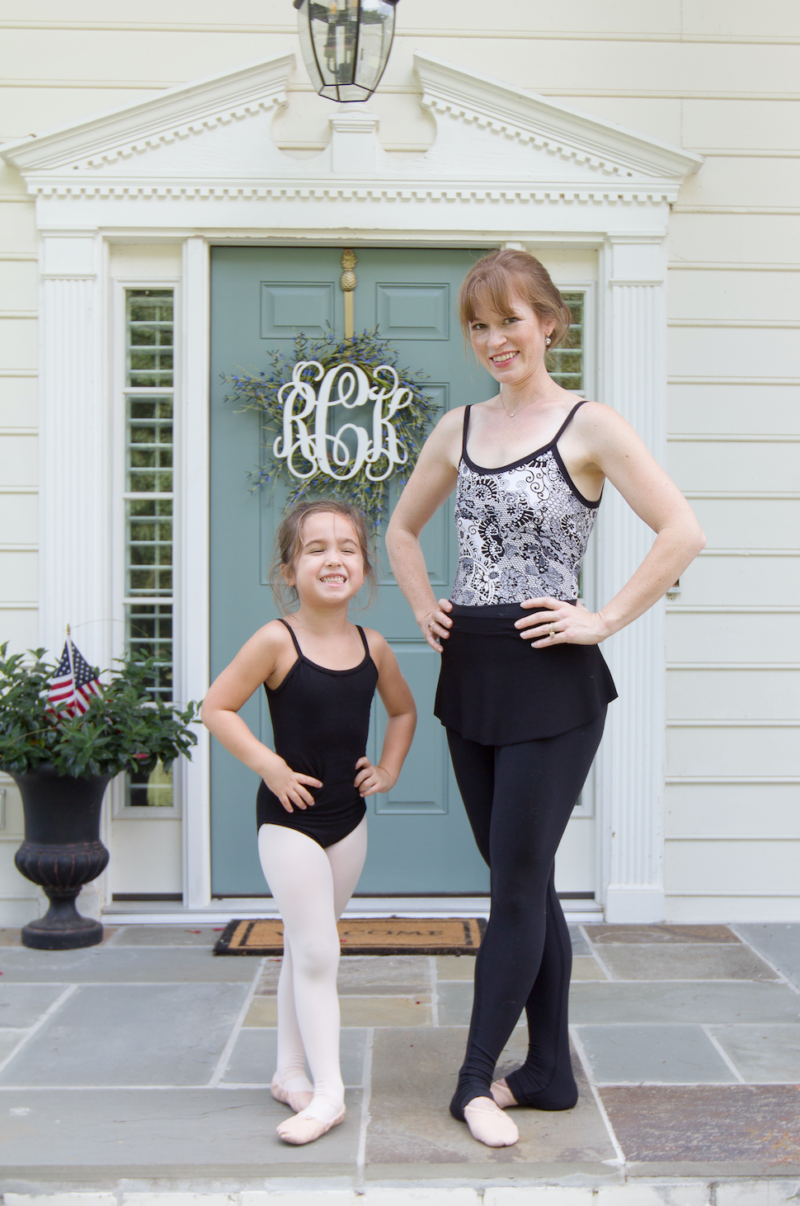 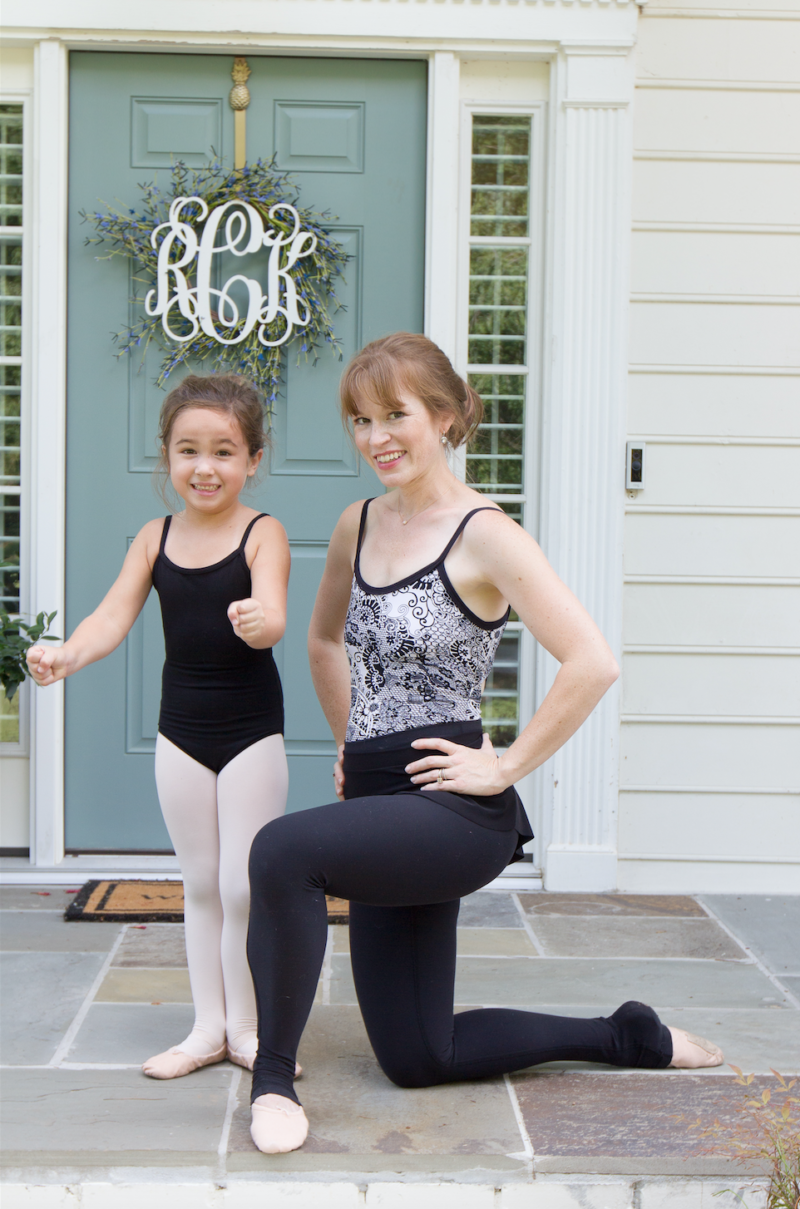 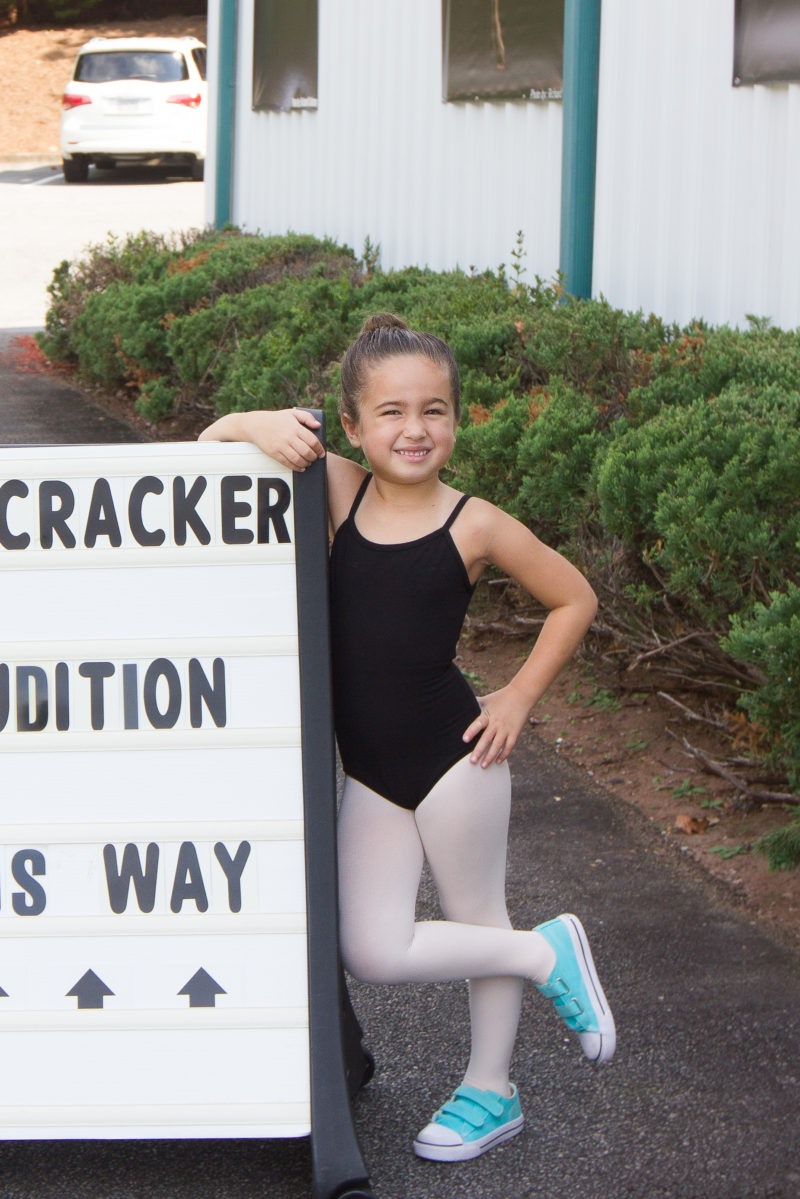 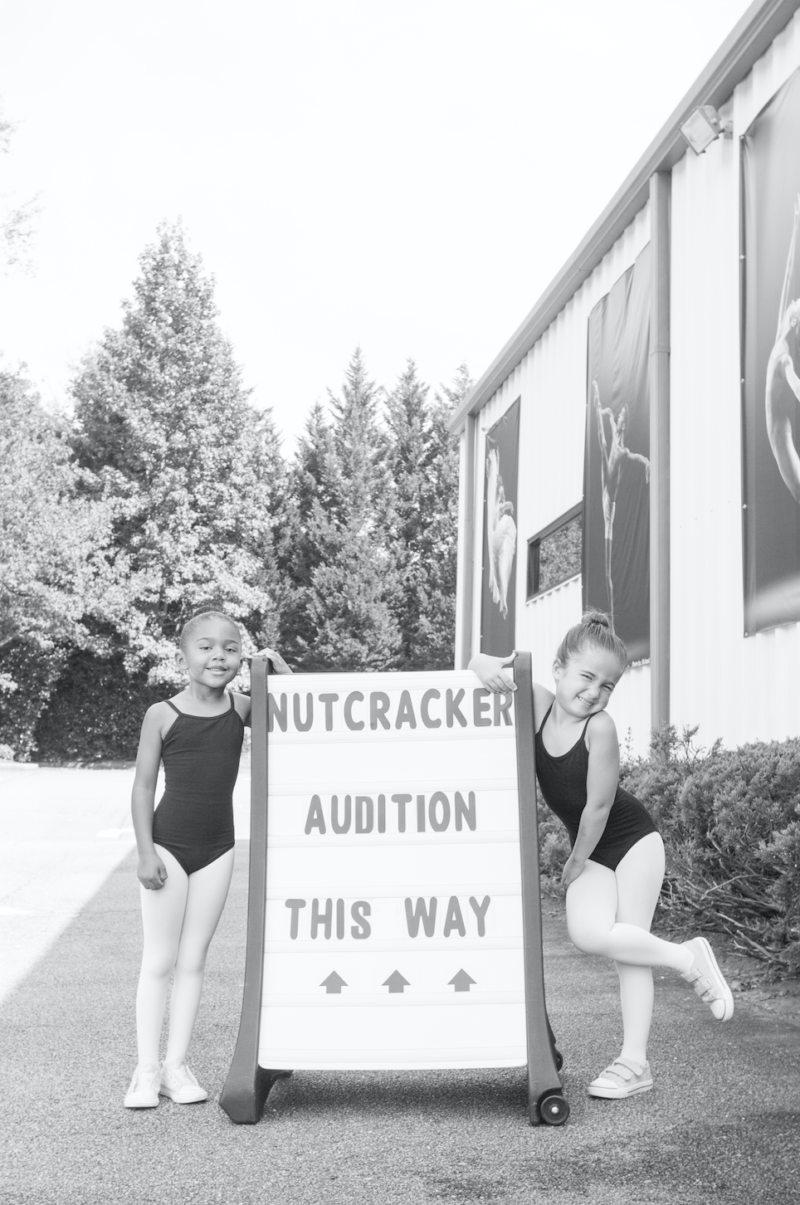 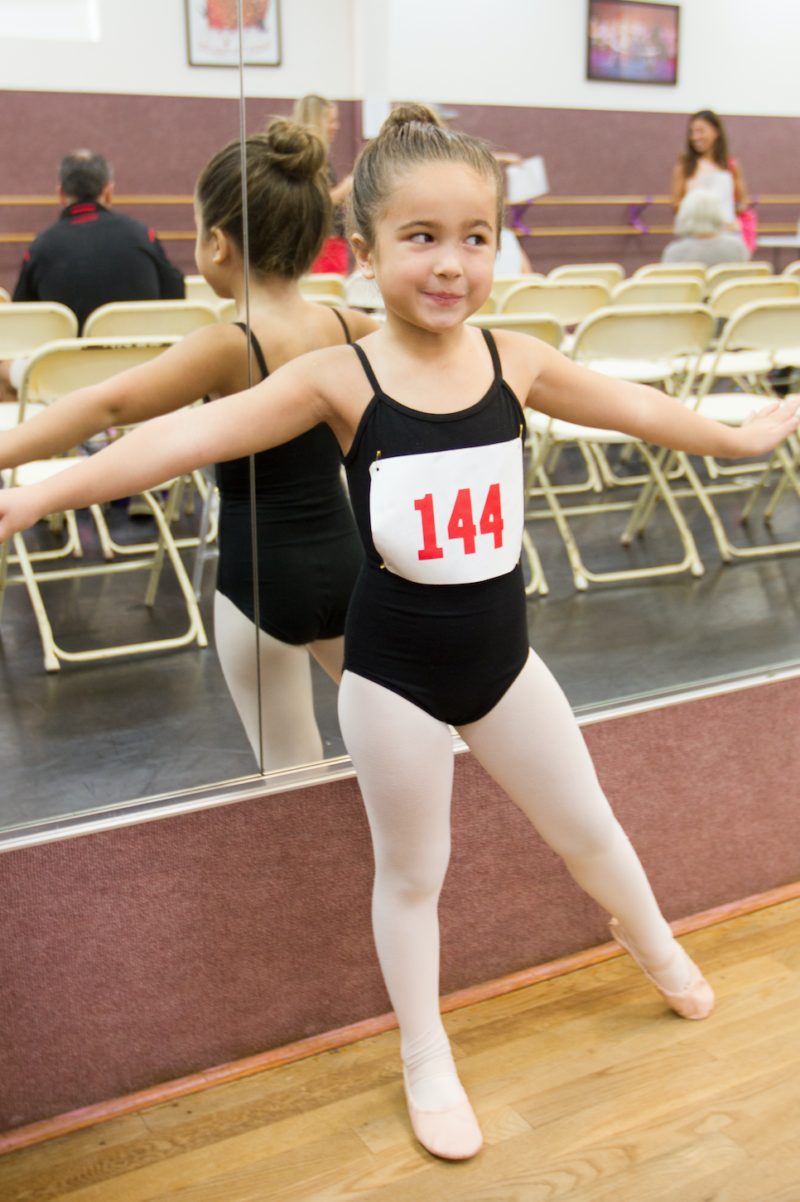 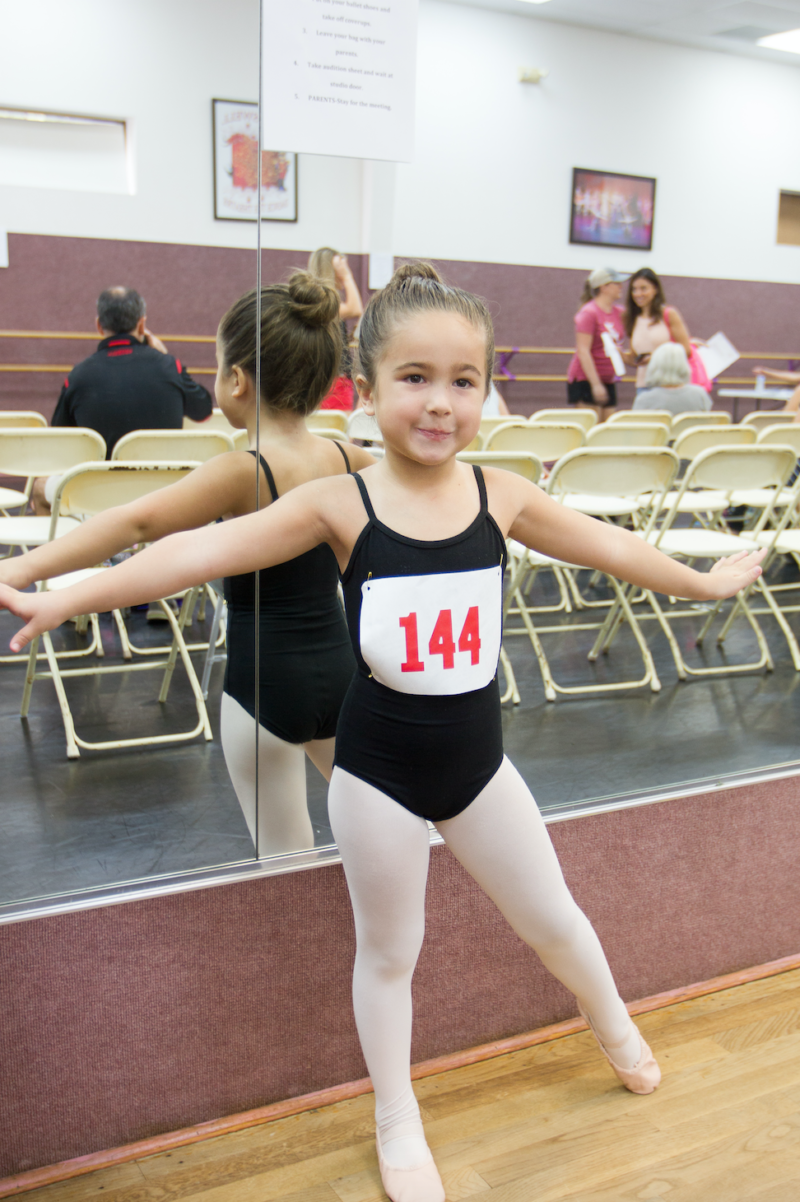