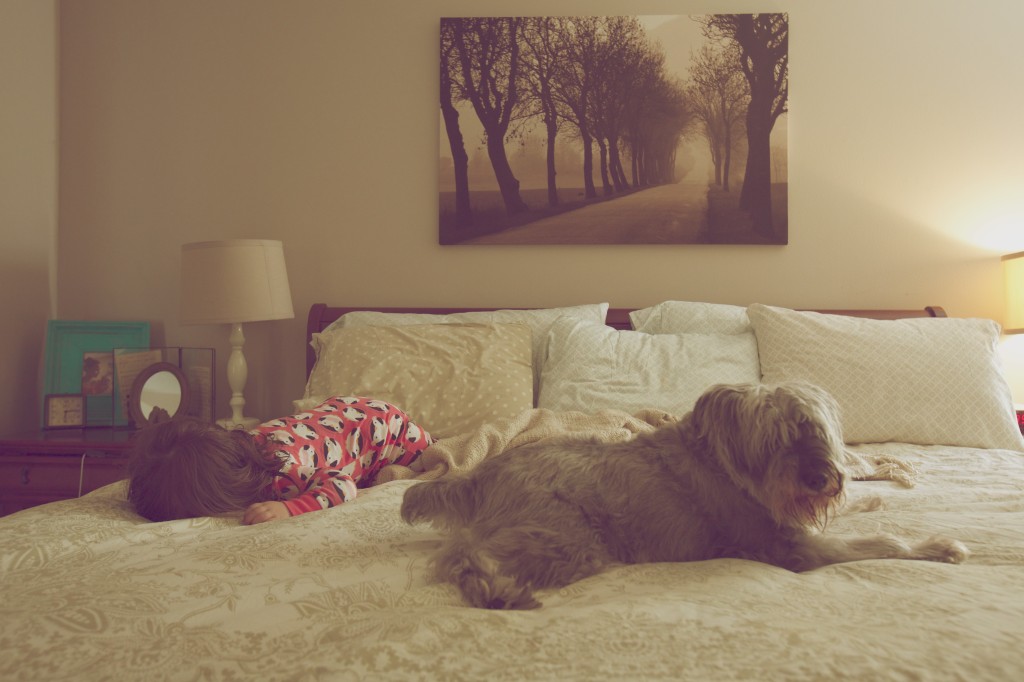 A few days ago Ryan and I awoke to the sweet voice of our little lady singing in her crib. Leh go! Go! Leh Go! Lalala… In the stillness of the early morning I let out a huge chuckle.

You see, I bet you $1 million that I’ve seen “Frozen” more times than you. With E.V.’s Tinker Bell obsession slowly growing, well, boring to the adults who accompany her during movie time (read: ME), I was desperate for something as equally engaging to entertain Emma Vance. The timing lined up perfectly for the release of “Frozen,” and so it became our go-to movie. And now I have every. single. line. memorized. (And E.V.’s getting there.) She begs to watch “Frozen,” pleading, “Go? Go?? GOOO?!?” (She refers to “Frozen” as “Go,” FYI. She’s actually never attempted to say its proper title and probably would look at you like a crazy person if you tried talking to her about “Frozen.”)

I love that she’s found her first Disney princess obsession. (Mine was “The Little Mermaid,” duh.) I love that in 20 years she’ll reminisce about how she “LOVED Frozen as a kid!”  I love that she’ll get giddy when her kids want to watch “Frozen” one day, just like I do when she gets excited and yells, “Fishies!” when Ariel’s on TV.

There is a downside, though. As much joy as “Frozen” has brought to E.V., it’s also brought her fear. (And, yes, I get the irony.) A few weeks back, Ryan was watching the movie with us, and while sitting in her daddy’s lap, E.V. covered her eyes when the snow monster appeared. It made us laugh and cringe a little bit. She’s finally at the age where she’s actually understanding television shows (laughing when it’s appropriate, responding to the characters’ prompts, etc.), and so I’ve been Phoebe-izing movies for her. (Remember on “Friends” how Phoebe never saw the sad/bad parts of movies? How she thought “Old Yeller” was a feel-good flick? Well, let’s just say that E.V. knows very little of Ursula as she relates to Ariel…) However, it never occurred to me that she’d be afraid of the snow monster Elsa creates! We laughed it off as a one-time thing, but it wasn’t. Every time we watch “Frozen,” she hides in some form or fashion during the snow monster’s scenes. Whether it’s covering her eyes, burying her face in a pillow, hugging us and turning away, or — my personal favorite — running into the bathroom and peeking out to see if the monster’s gone yet. (Seriously. Adorable.) It’s a sign that she’s not only becoming a kid, but becoming a person. A person with hopes and dreams and likes and dislikes and favorites and fears. Emma Vance has her first official childhood fear — SNOW MONSTERS!

Thankfully she’s not crying or terrified of the snow monster; she’s just quietly scared at this point. Ryan and I have been trying to be gently supportive and encouraging, and it seems to be working. (We DON’T want her to start crying that there’s a snow monster under her bed! Ha!) We’ve been telling her that “Mommy and Daddy are here to protect her,” holding her tight during those scenes and encouraging her to laugh at Olaf’s silly interaction with the snow man. She’s starting to laugh along with us, and even happily growls and holds her tiny hands up like claws to imitate the snow monster. However, when we’re not right by her side, I still catch her hiding in fear at his appearance.

This morning started off with a request instead of a song, and it went something like this: “Oh-ah? (Olaf?) Sno-mah? (Snowman?) Monster? Essa? (Elsa?)” When she asked to watch “monster,” I knew that her fear was conquerable — and, more importantly being conquered. As for this first of many childhood fears, we’re hoping she’s able to “let it go” ;) quickly because, man, we have A LOT of “Frozen”-watching days still ahead of us! 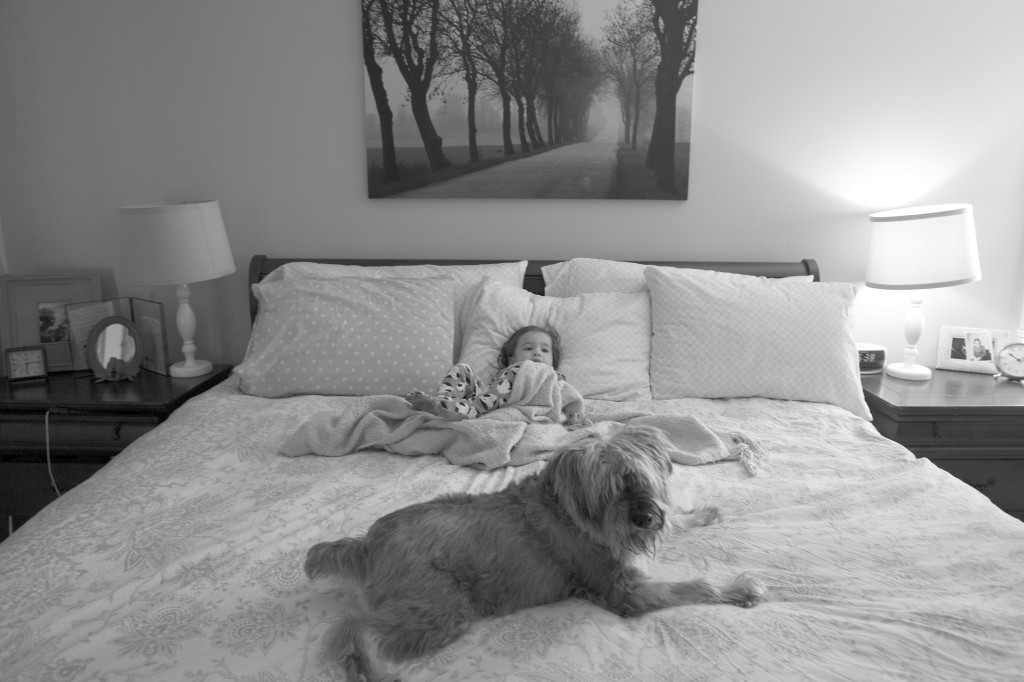 …until the snow monster shows up to kick Anna and Kristoff out! 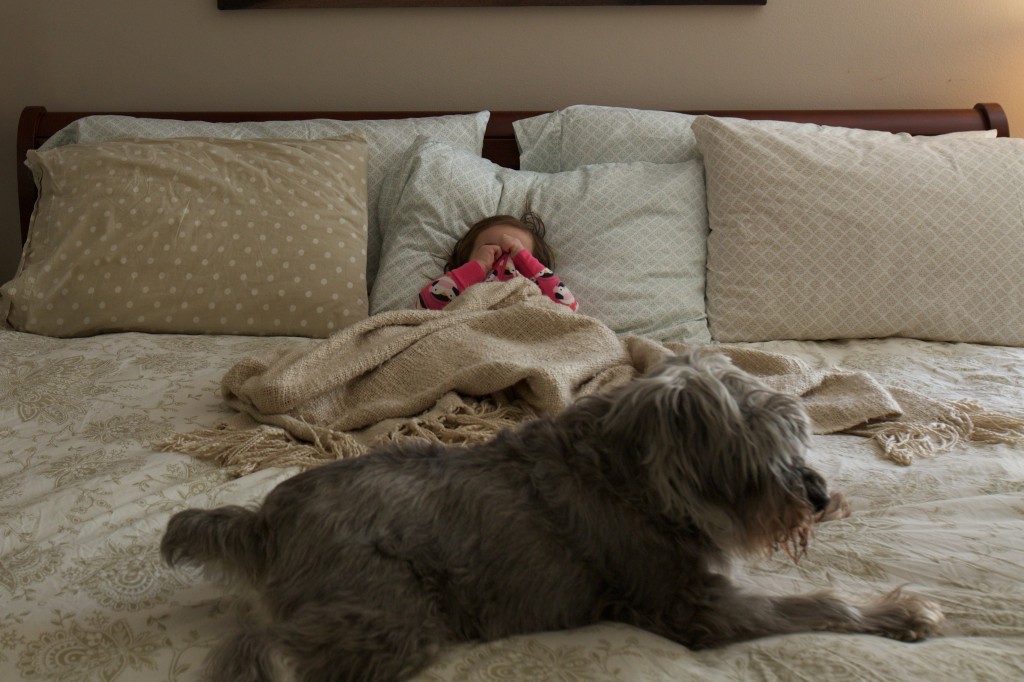 And then he’s gone again for a while (whew!)… 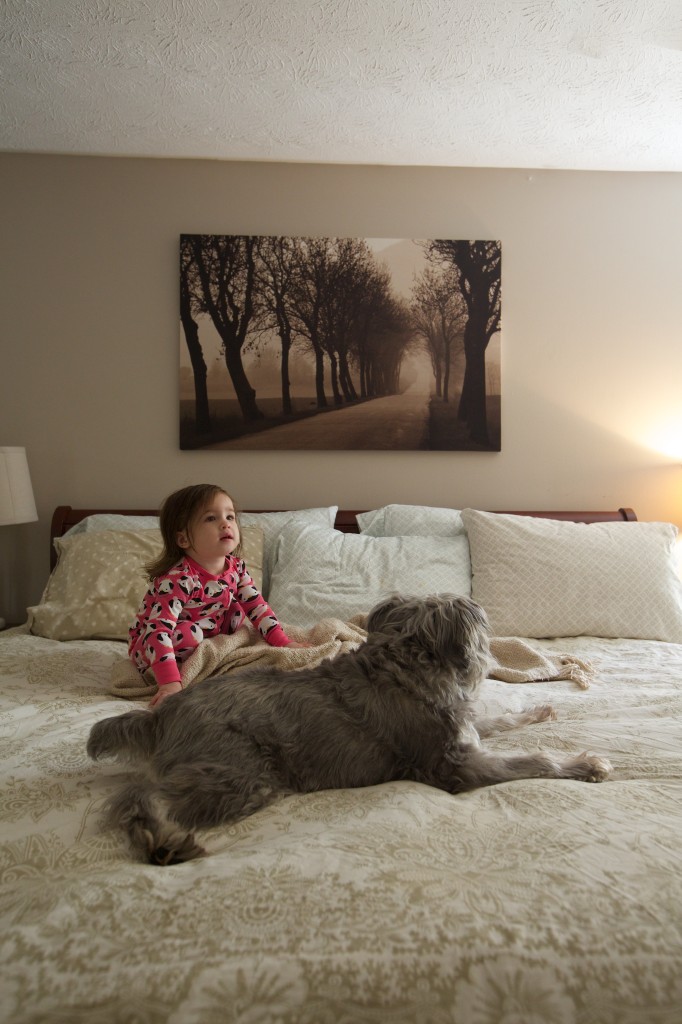 …until Hans shows up at Elsa’s ice castle! 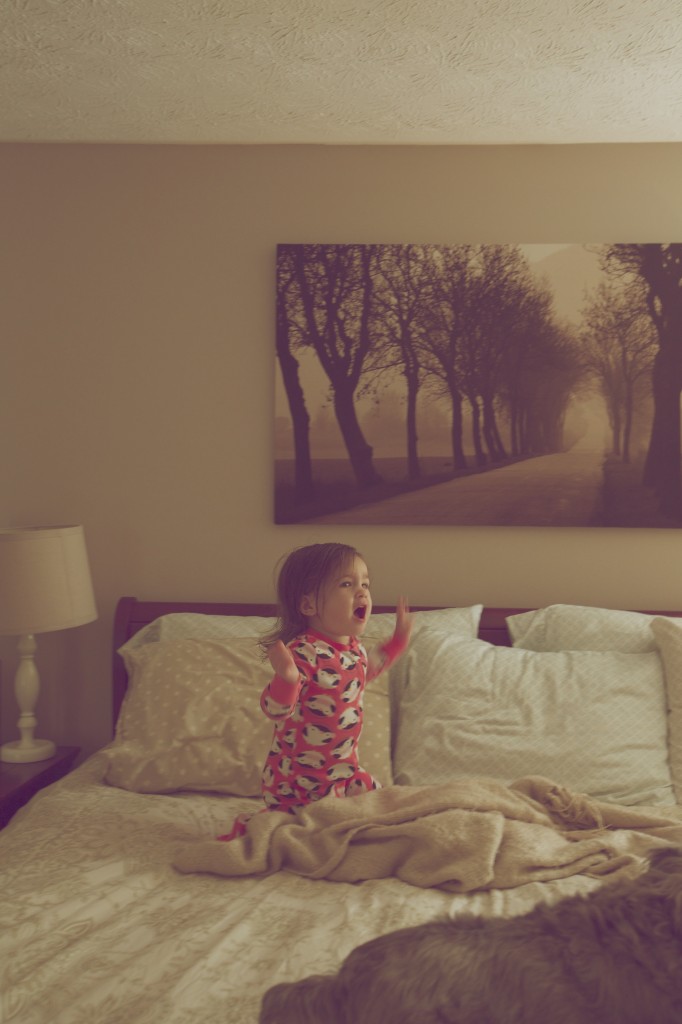 …and then it’s over, and she’s back to being her happy, wild self — much to Oscar and Cricket’s chagrin! 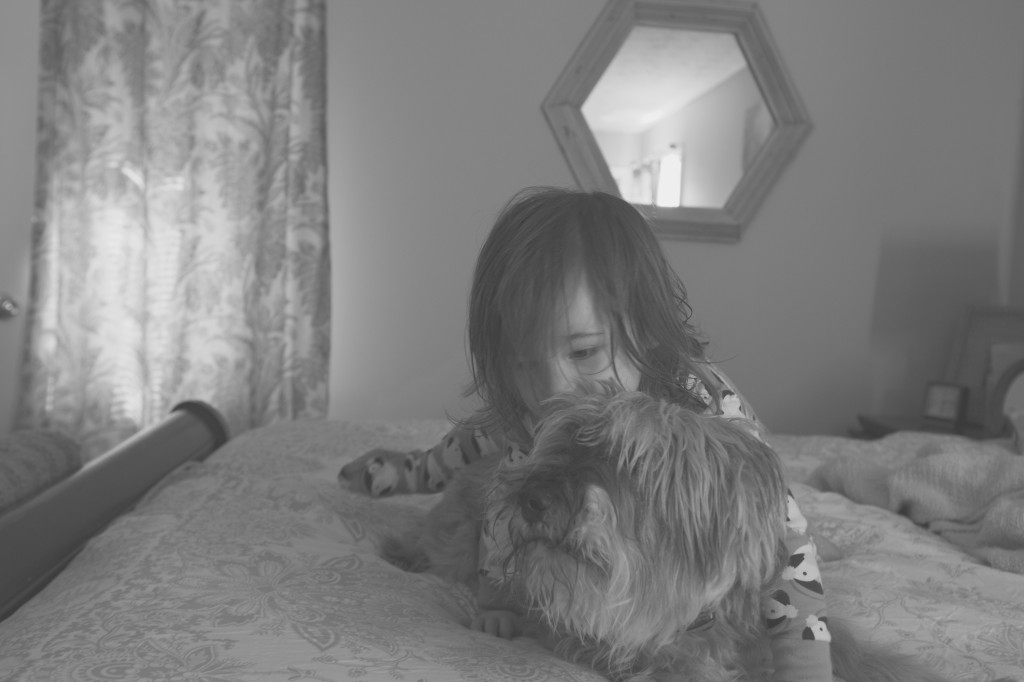 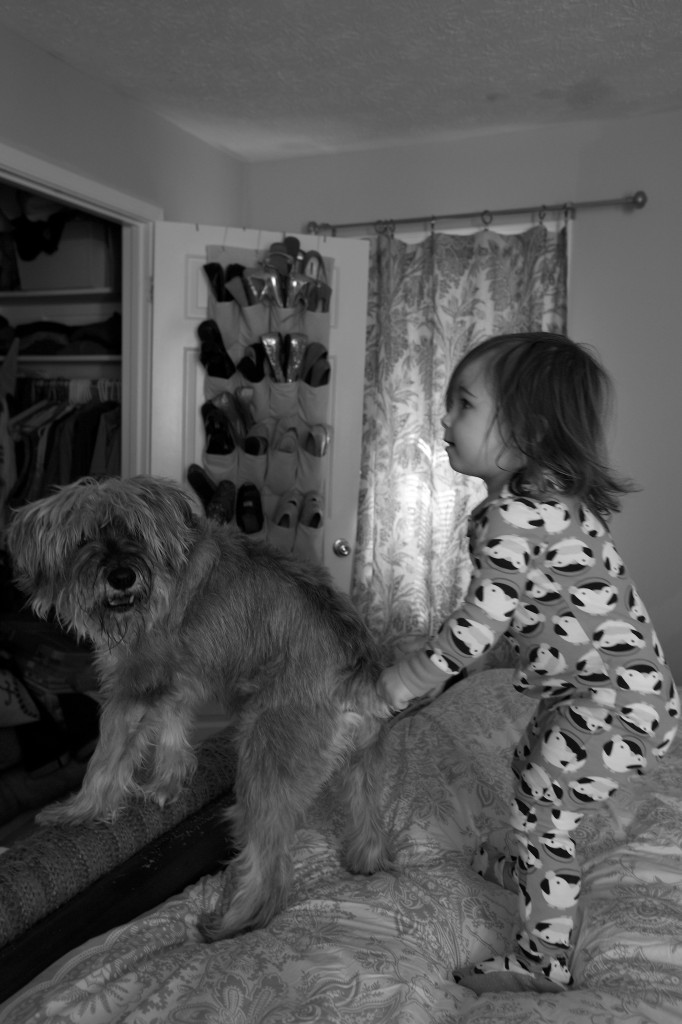 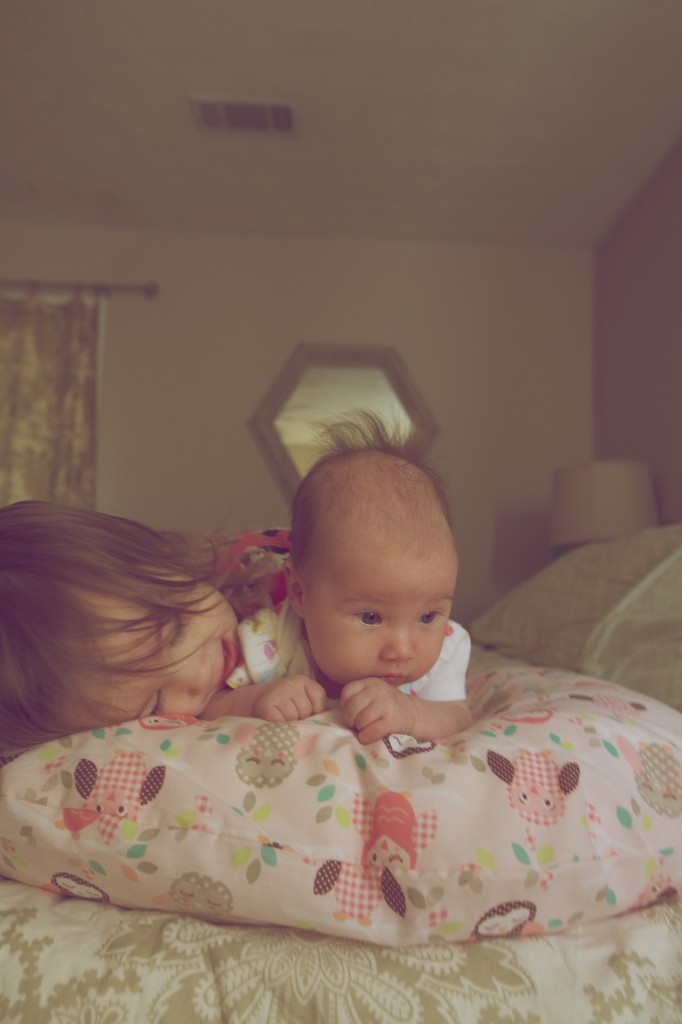 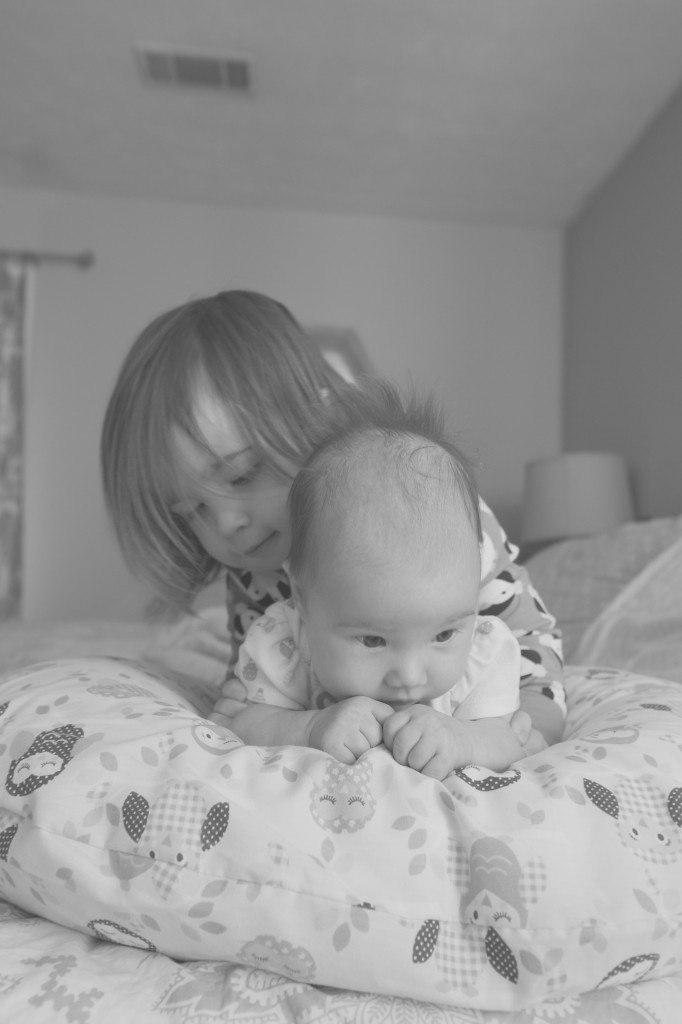 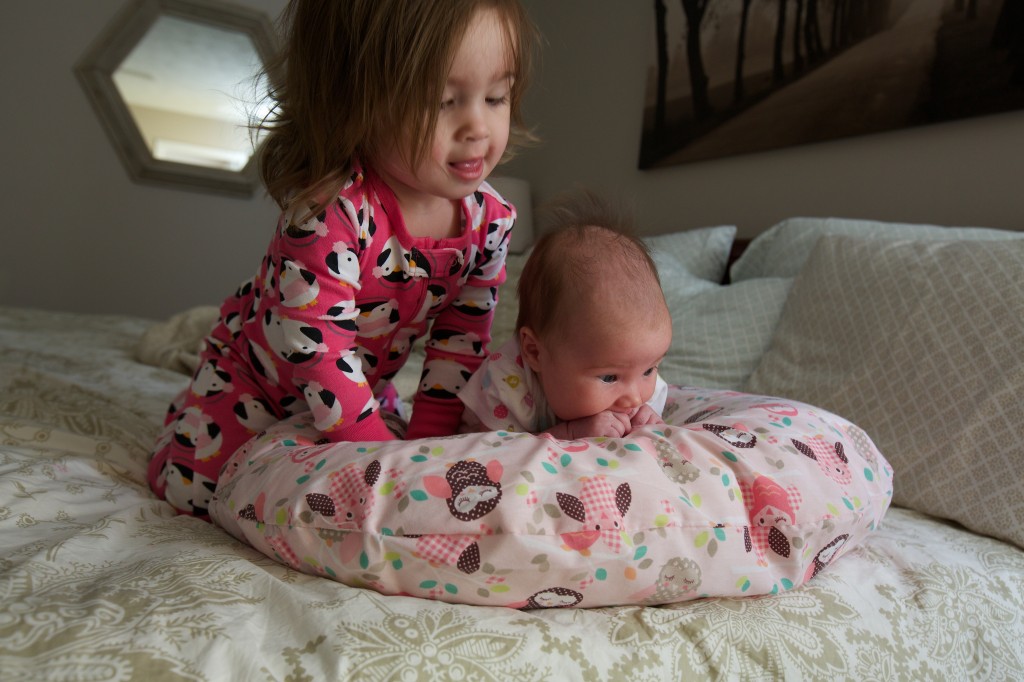 P.S. How about a #tbt to when Emma Vance first learned the word “monster?” Adorable? I thought so. ;) 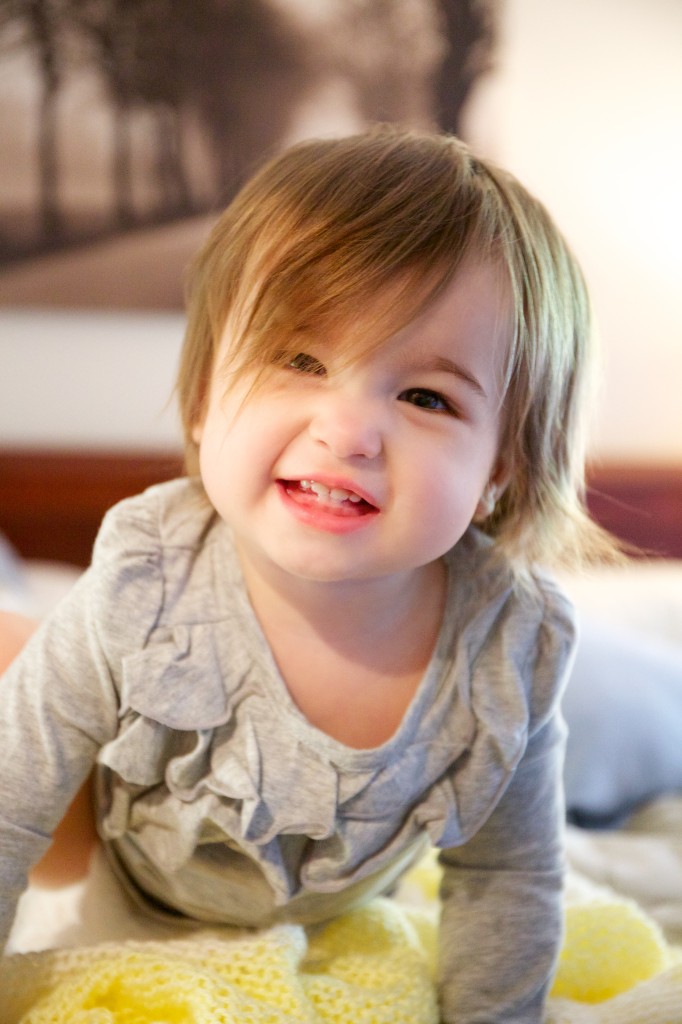