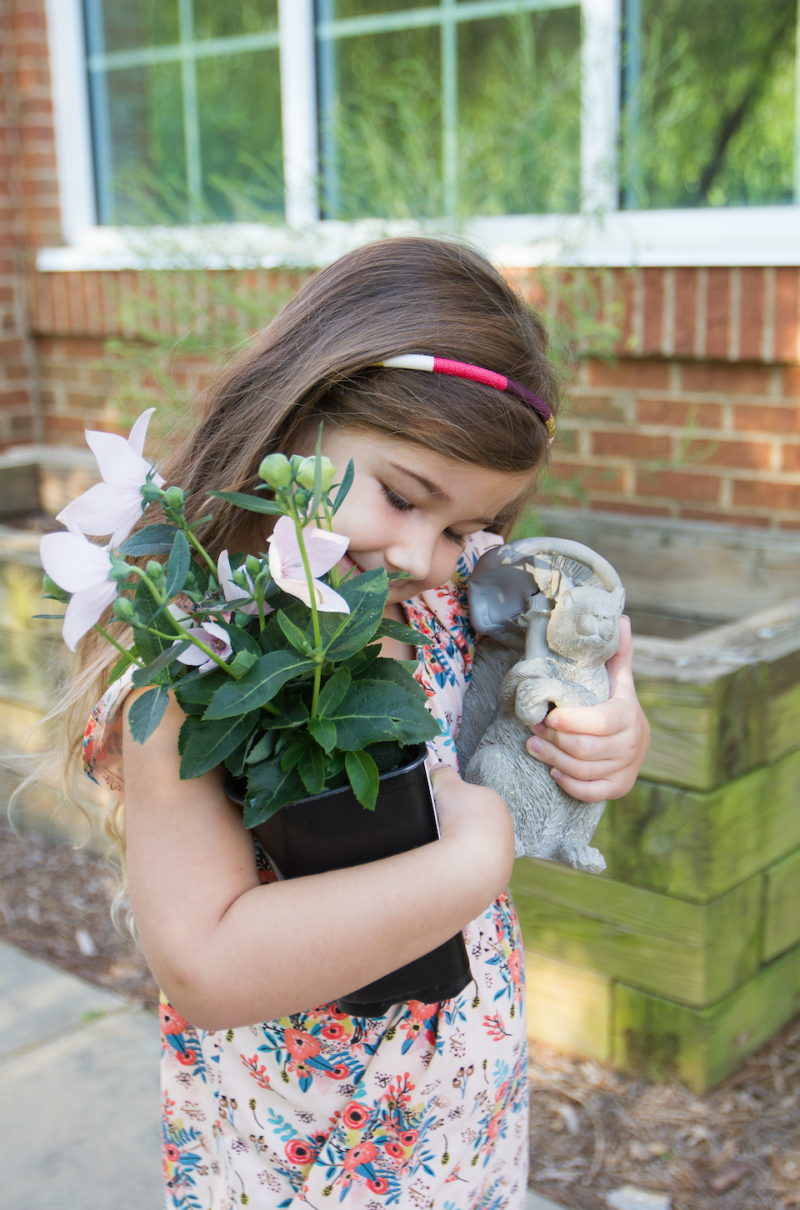 I was really worried about Cricket’s reentry to school this year. Mostly because of her clothes.

She went/is going through a very intense phase of fashion v. comfort right now. A few weeks before school, she decided (again) that all underwear was unbearable, every swimsuit is tortuous, and that most clothes are “hurt-y.” At some point Ryan and I drew a line in the sand that Cricket was not allowed to wear pajamas in public, meaning that school posed a problem. What are you going to wear when you go to Pre-K???

She and I had picked out her First Day dress during this phase, and she loved it: It was loose, soft, pink and fabulous. I gave her permission to wear pajama shorts under it in place of underwear. We had a winner for the first day of school, and I was so thankful not to have to worry about that argument the morning of a busy and important day. But what about Day Two?

On Tuesday, Cricket declared that she wanted to wear the same dress again. I had done a load of laundry that previous night, so I figured, “Why not?” On Day Two she wore the exact same thing as on the First Day.

Then the same thing happened on Day Three. And Four. And Five.

Somewhere along the way she deemed this her “uniform.” Cricket loves being like her big sister, and I love the ease of it all. (Thankfully I mistakenly bought three of the same dress — long story, don’t ask haha — so if we need a backup, I have it!) I’m not sure exactly how long the novelty of a self-imposed uniform will last, but for now, I’m milking it! Thankfully we know Cricket’s current teacher from Emma Vance’s Pre-K, so I know she won’t judge my decision. I also have to note that the teacher hasn’t even mentioned it yet (after five days in a row), and for that I love her. It’s like she just gets it; no explanation needed!

To end our first week of Pre-K, we celebrated in the most appropriate way possible — with a Planting Party.

Cricket’s classroom is called “The Garden Room.” (Our preschool themes the rooms around different aspects nature, and the teachers play into it in cute little ways through out the year.) Outside the window is a raised flower bed that the children tend to all year long. Each day the children are assigned different jobs around the classroom, and the “Botanist” for the day is responsible for caring for the flowers in that bed.

During the summer The Garden Room’s flower bed went dormant, so this morning each child brought a flower to plant in the garden. It was cool and breezy; moms warmed themselves with coffee; kids dug in the dirt. Each child brought something completely different and full of color. When all the plants had found a home, the children ran off to the playground while the grown-ups chatted. It was perfect. (And it totally made me even more eager for fall!)

I offered to bring in a classroom mascot for our garden — a squirrel statue I somehow ended up with (read: Cricket begged, I obliged). Of course, as soon as I offered him to the class, I dropped him. So we had to do a little 9-1-1 with some modeling clay. Poor guy. I guess that’s the fate of any semi-fragile item around preschoolers. Or 30-year-olds. The class is going to give him a name — and I’m sure it will be an interesting one, haha! 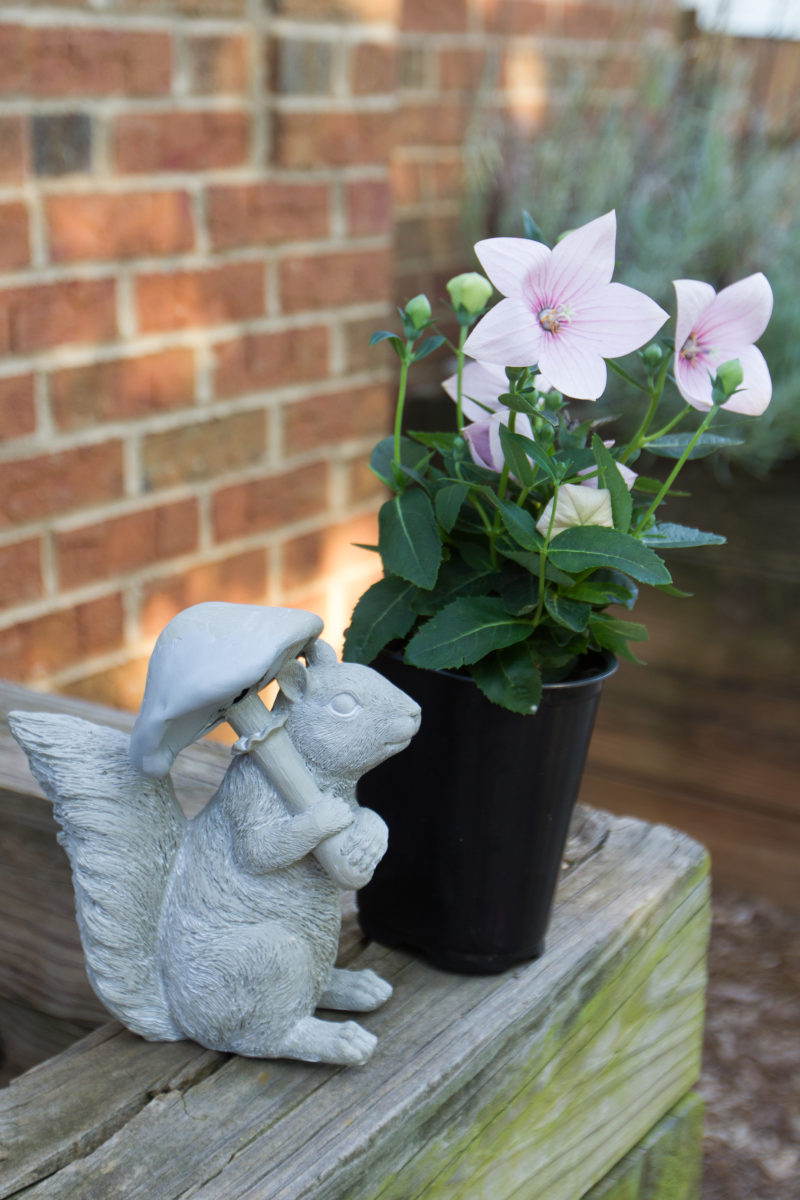 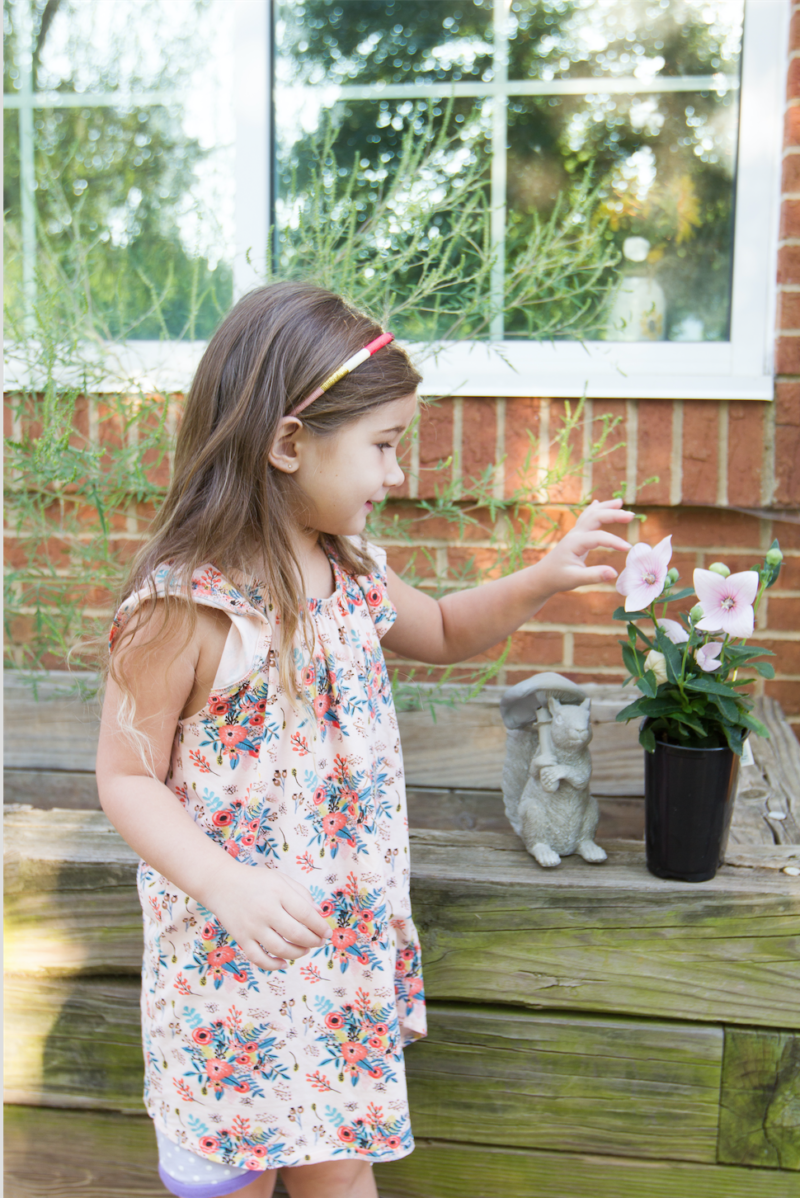 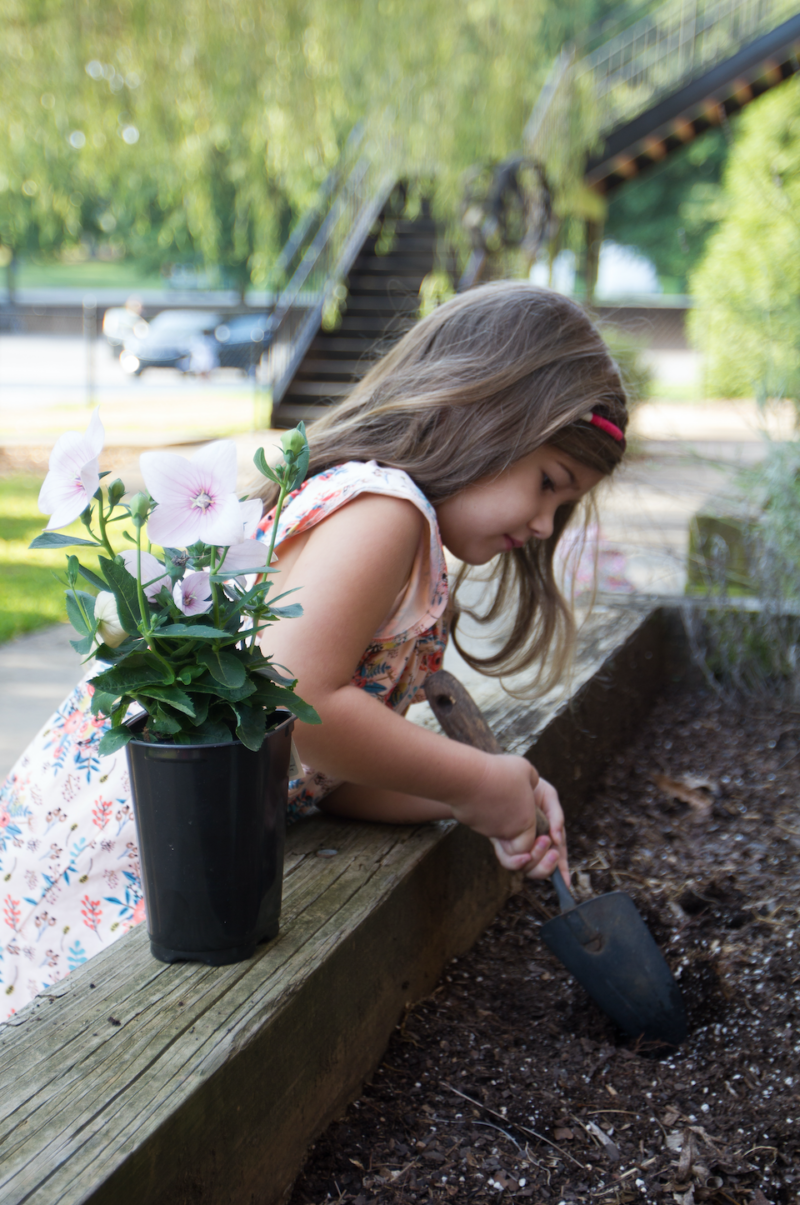 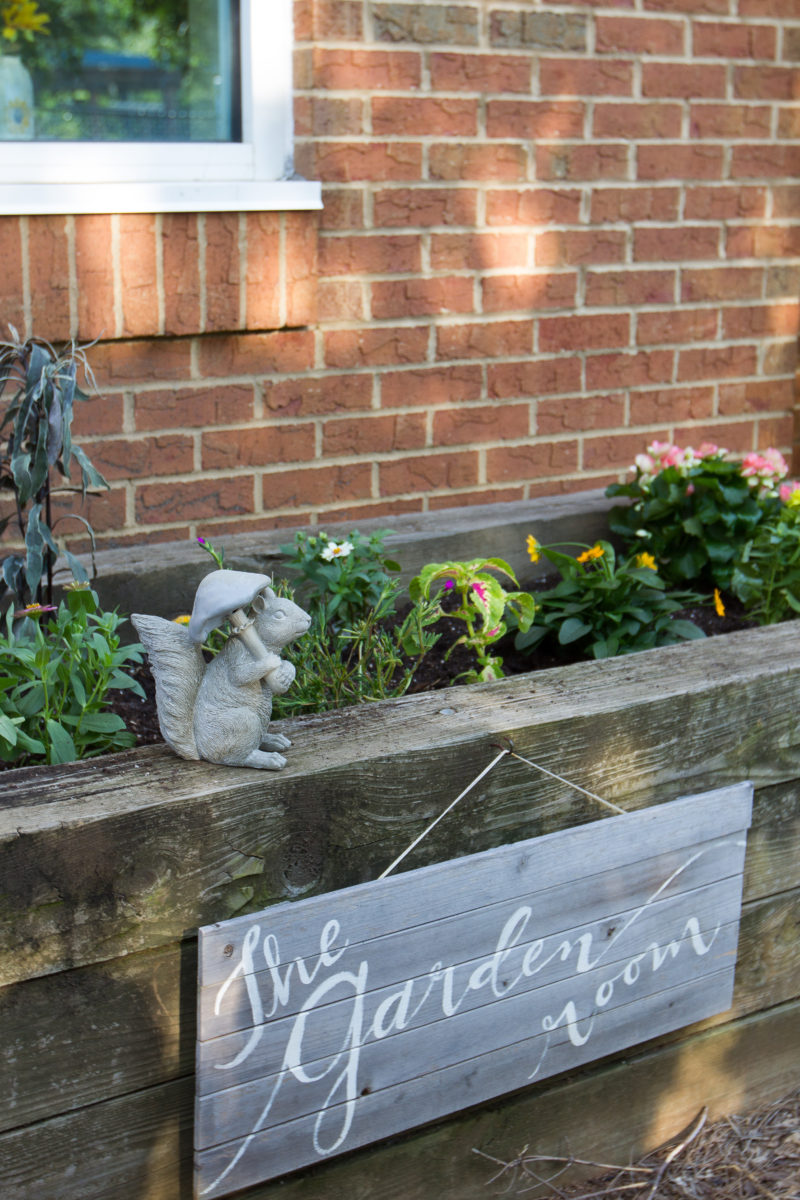 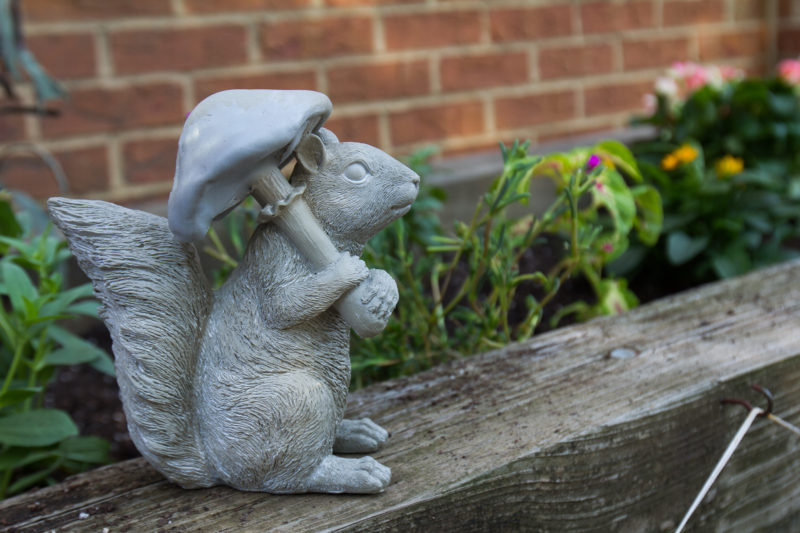 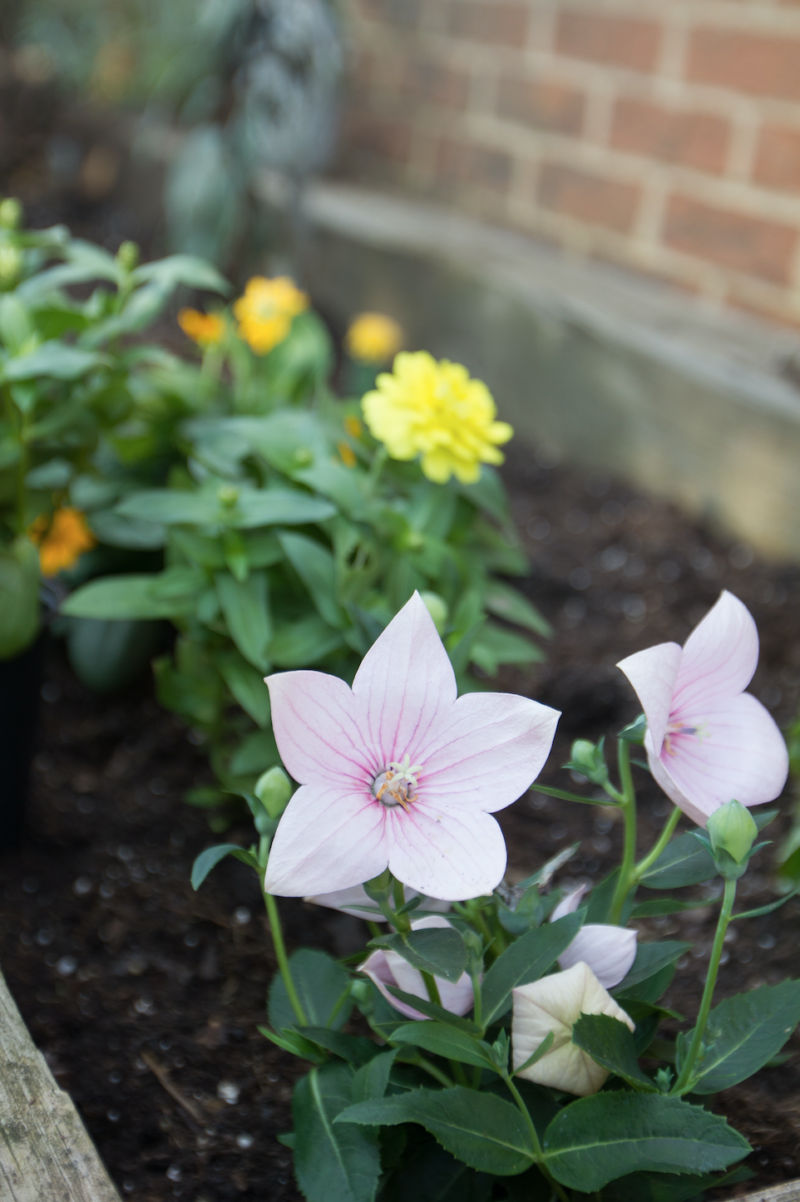 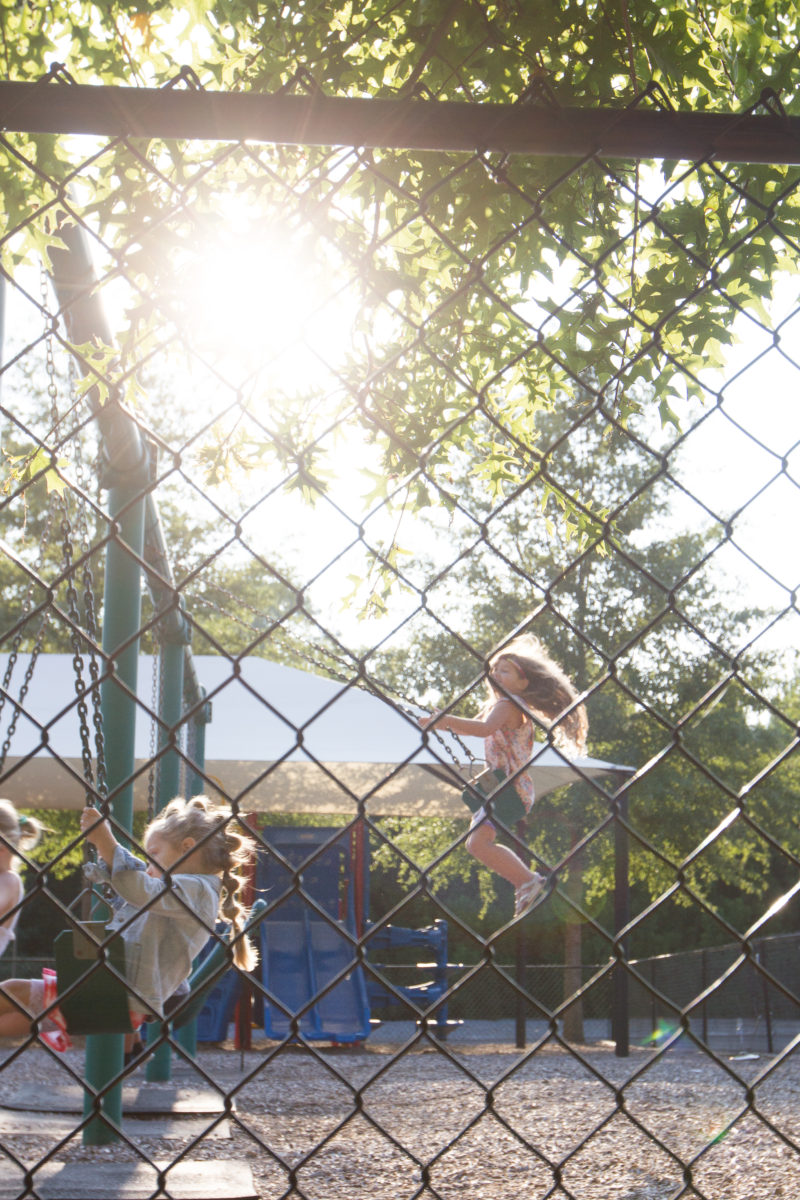 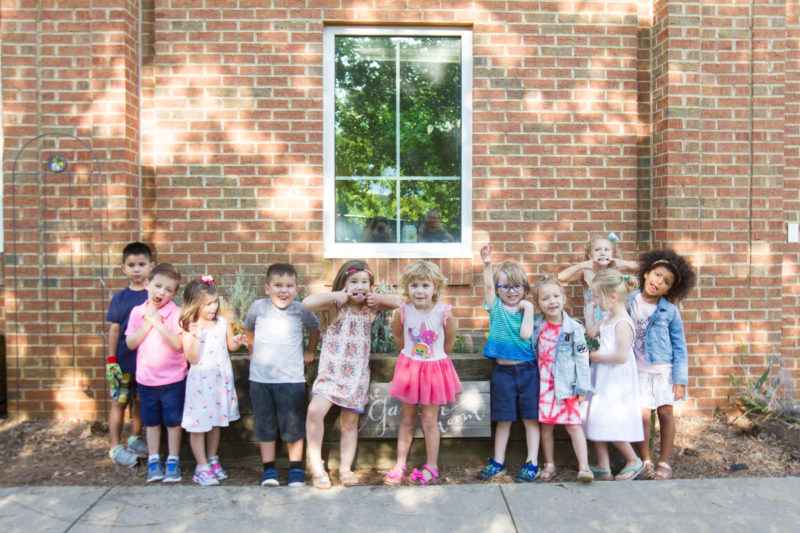