In January I decided join a small group through North Point, where Ryan and I have been attending church lately. Despite a previous failed attempt–where Ryan and I literally walked out in the middle of one several years ago–I decided to suck it up and attend the January GroupLink event. (All in the spirit of “2013: The Year of Trying New Things,” of course.) Eventually I need to take a few reflective moments to write down my thoughts on the whole process, but for the sake of today’s post, let’s just say it was a successful event. I now have a “small” group of 12 girls that I’ll be spending the year with–and I’m so excited about it!

Today we had a little pre-Easter picnic to meet each other’s families and enjoy the beautiful weather, and, man, was it beautiful! Everyone BYOLunch’d and then hung around, playing and talking. I love being able to put faces with names, so our time together was awesome. (Plus now when I complain about Ryan, they’ll be able to picture him. Haha, just kidding, Love! :) )

The organizer of the event, Amber, has a baby girl who’s nine months old, so Emma Vance was happy to play with her little friend today and to have some big kids to look up to as well. Children always bring such life and joy with them wherever they go, so having everyone’s kids there was especially nice. In fact, perhaps my favorite moment from the whole day came from Nicole’s youngest son: It happened because Ryan was practicing his father-of-boys skills, teaching the little guys how to do things like make water bottles explode (and thoroughly enjoying himself). When Ryan went to introduce another mischievous trick, he tried to get the boys’ attention by saying, “Hey guys, do you want to learn another thing?,” to which Nicole’s not-at-all-shy son said, “Does it have to do with your beard?” And the whole crowd belly laughed in unison…including Ryan.

Here’s a little of how the day went, in a nutshell.

First, we all had lunch. Well, except for E.V. because oatmeal + hot weather just seemed like a bad idea to me. So instead, a straw (and people watching) entertained her. 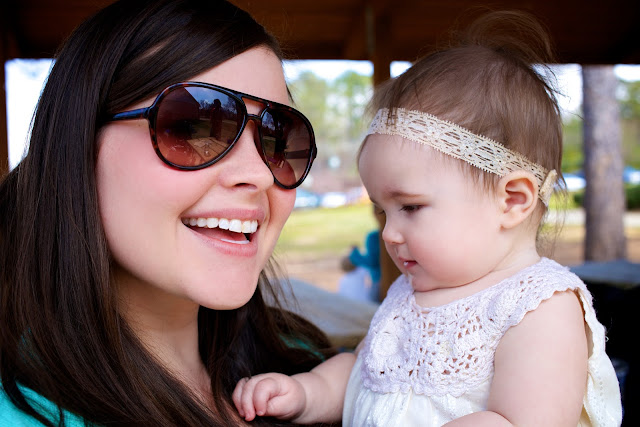 Afterwards, the big kids played on the playground… 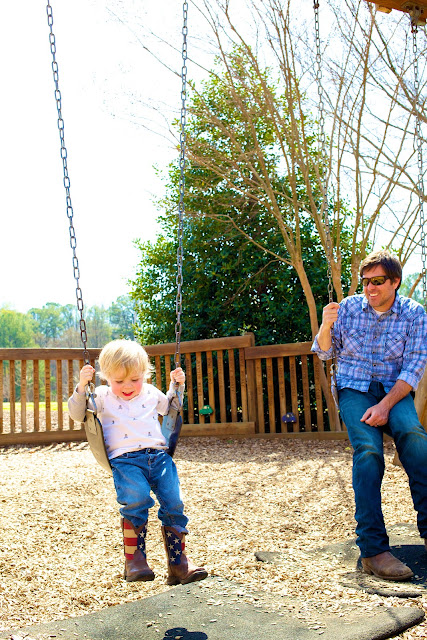 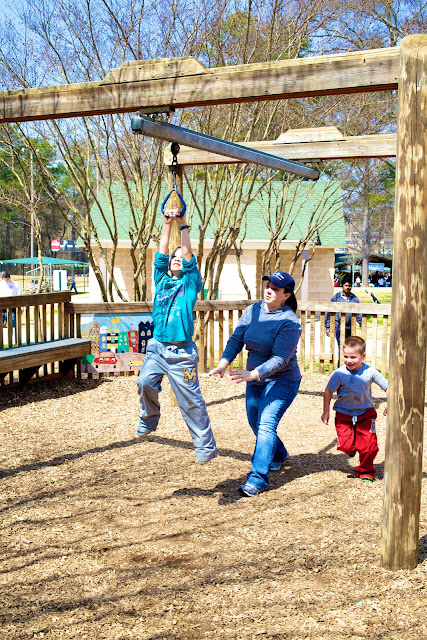 …while the little ladies sat nicely in a social circle. Typical…ha! 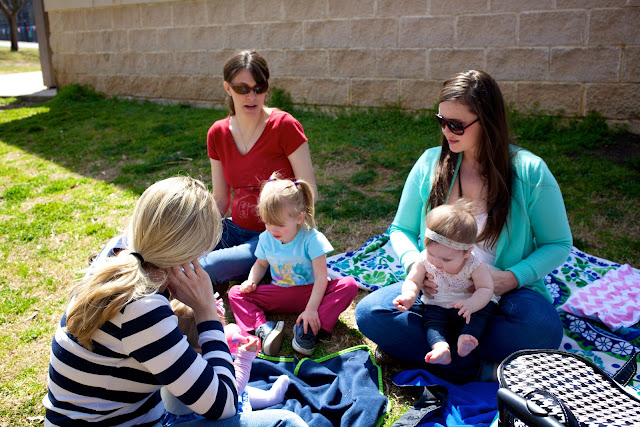 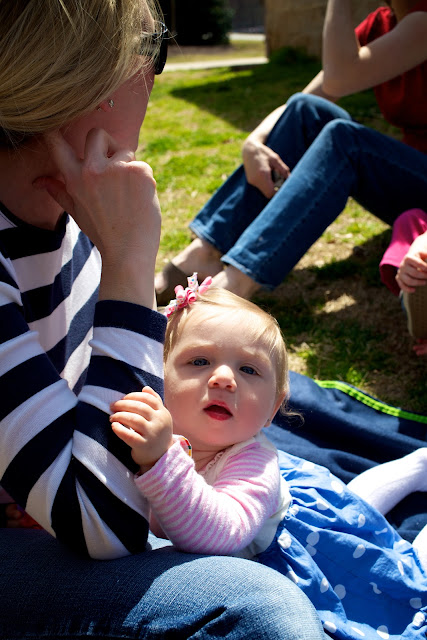 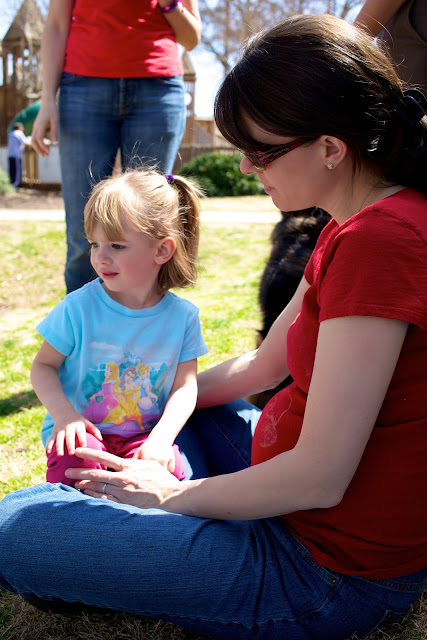 Emma Vance was excited to meet Miss Carly and her mom, who hugged on her for a bit. Then she got to pet Elizabeth’s sweet dog, Lila (me, too!), who let the baby pull on her ears with much less annoyance than Oscar and Olive do. ;) 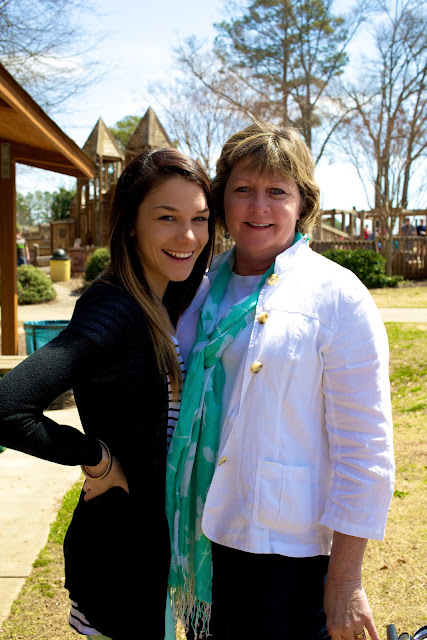 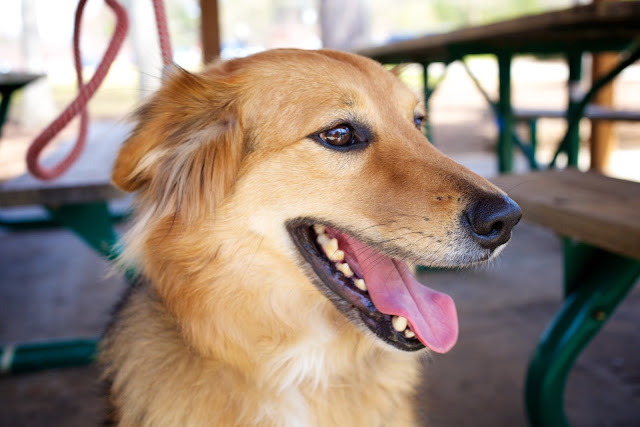 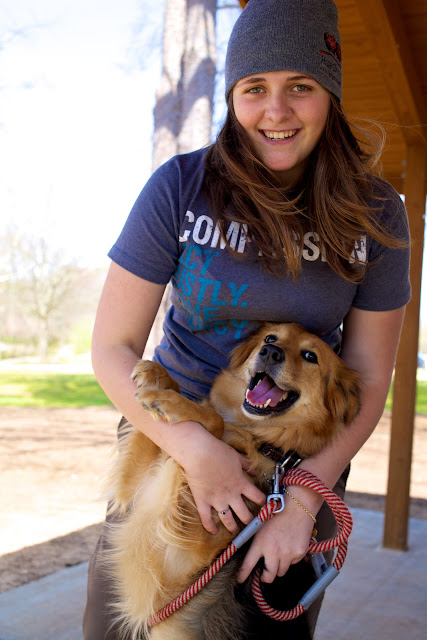 Then the big kids came back to the pavilion to get out of the sun for a bit (which is when the Ryan-Shove-induced mischief making occurred). 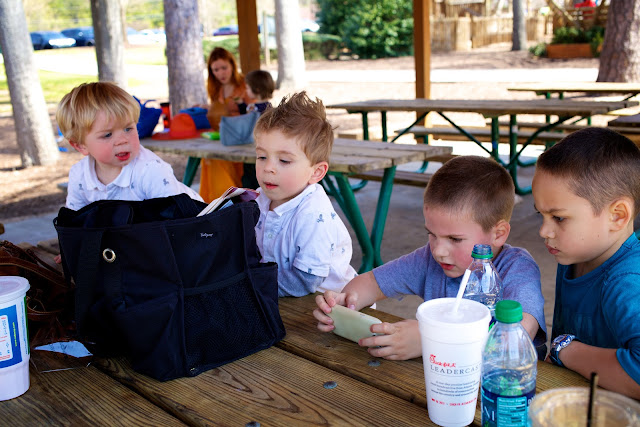 Once the excitement was over, everyone just chatted and we put the camera to good use for a bit with the kids… 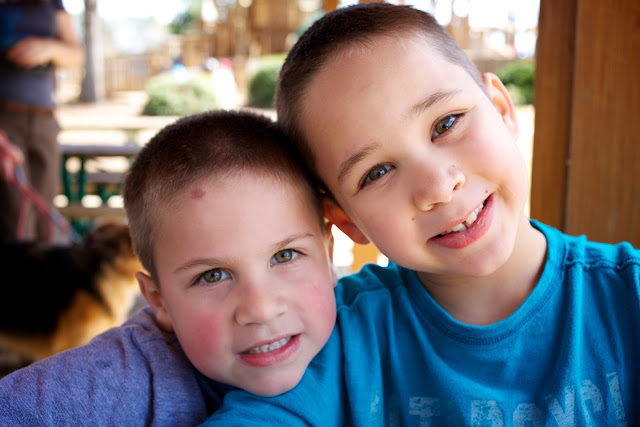 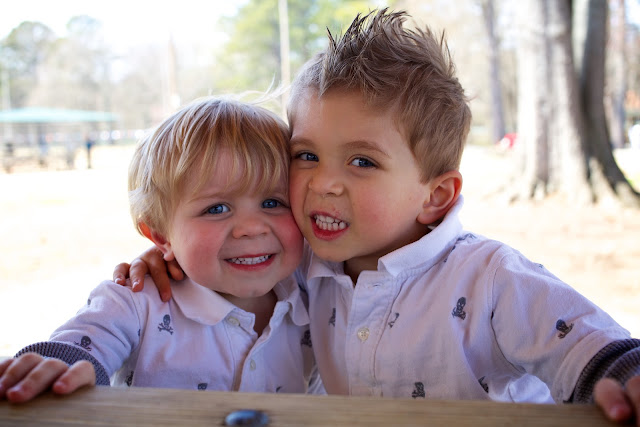 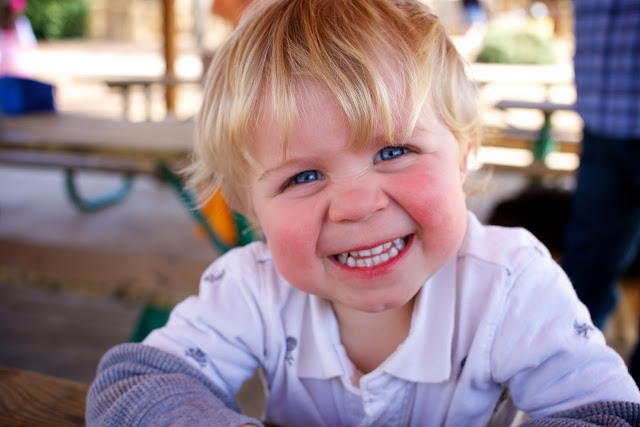 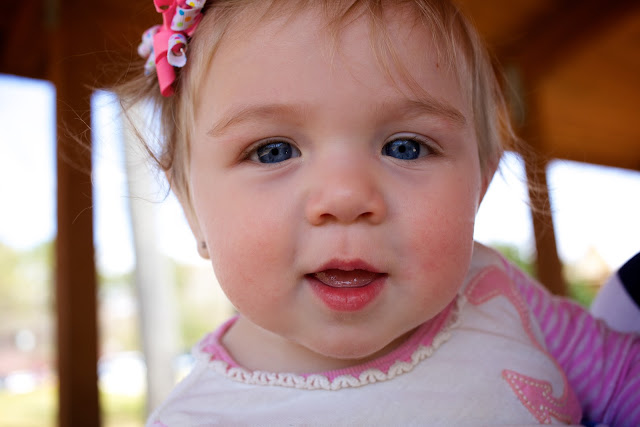 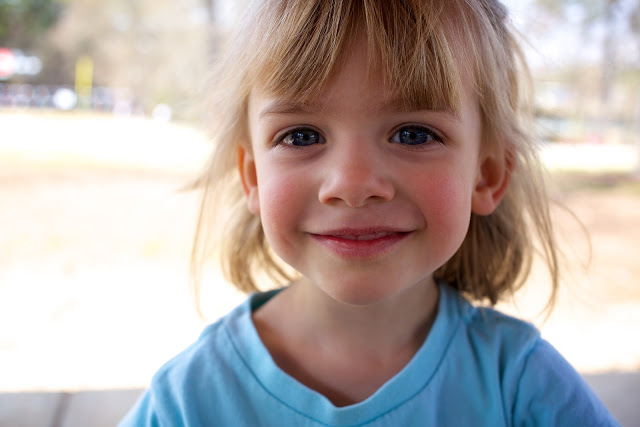 Overall, I’d say we had a fabulous time…including this girl, as you can clearly see by her expression! 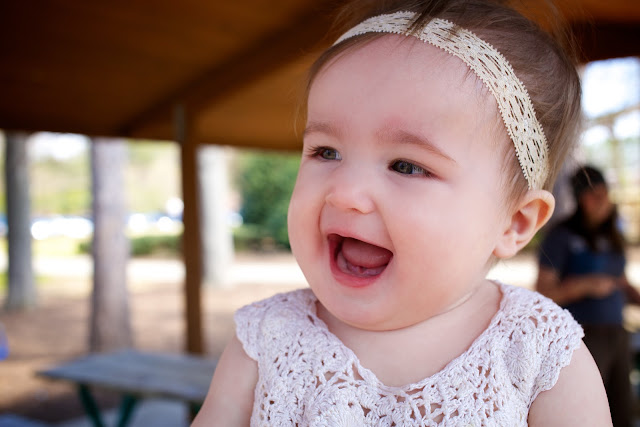