I’ve mentioned that we’ve been living in a veritable construction zone around here over the past month. It’s funny because the more we get done, the more we need to do still. Isn’t it funny how life works like that?

I’m a big fan of true Before and After photos, so I’ve been hesitating on sharing any of our progress. However, I feel like we’ve reached a good enough halfway point to show some major change, so, here it goes!

This is our living room Before and Halfway. ;) We didn’t upgrade much in this room with the builder, knowing that we wanted to do some after-market things to our own particular tastes. The original plan was to shiplap the fireplace wall, paint the built-ins gray and paint the fireplace brick white. As we got into the project, we decided to adjust our vision a bit and instead:

Okaaaay, drumroll please! (Or at least half a drumroll?) Here are some Before/Halfway pictures of our new living room: 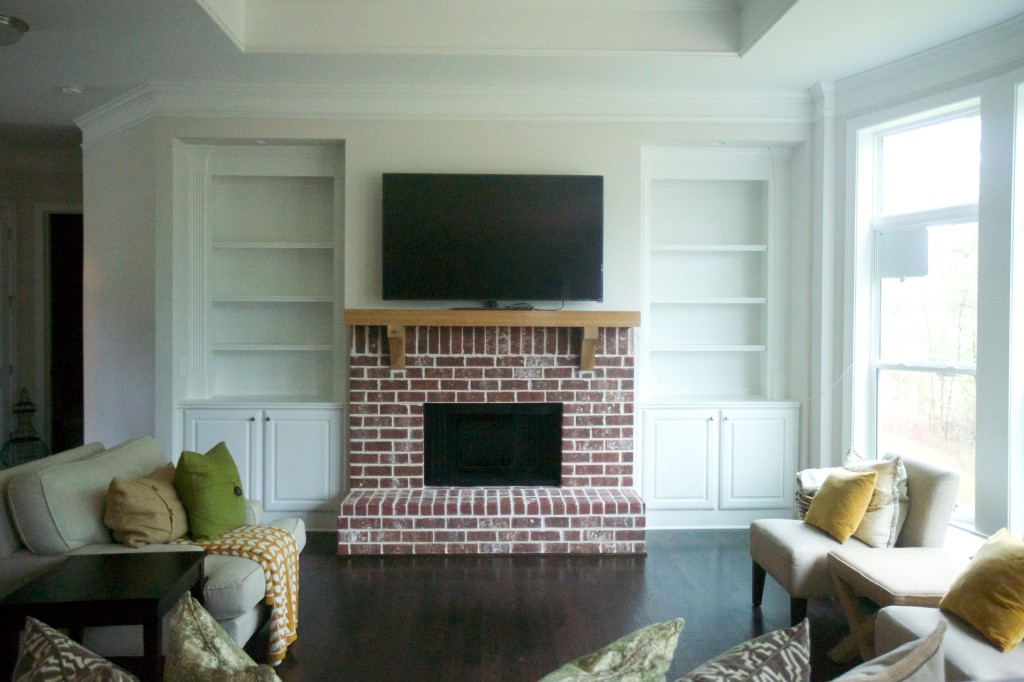 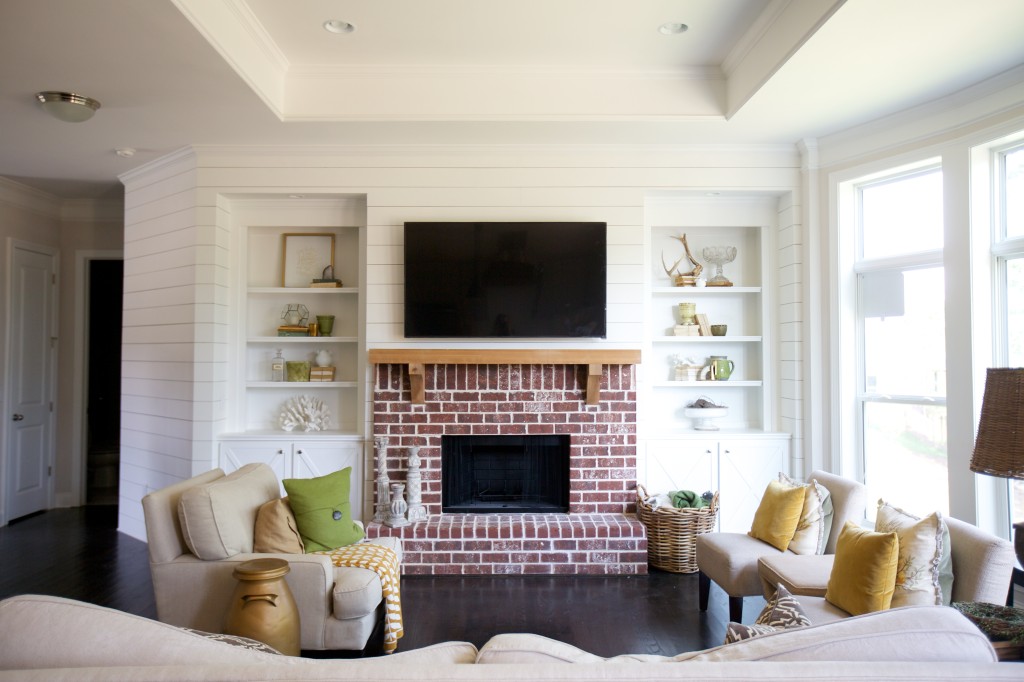 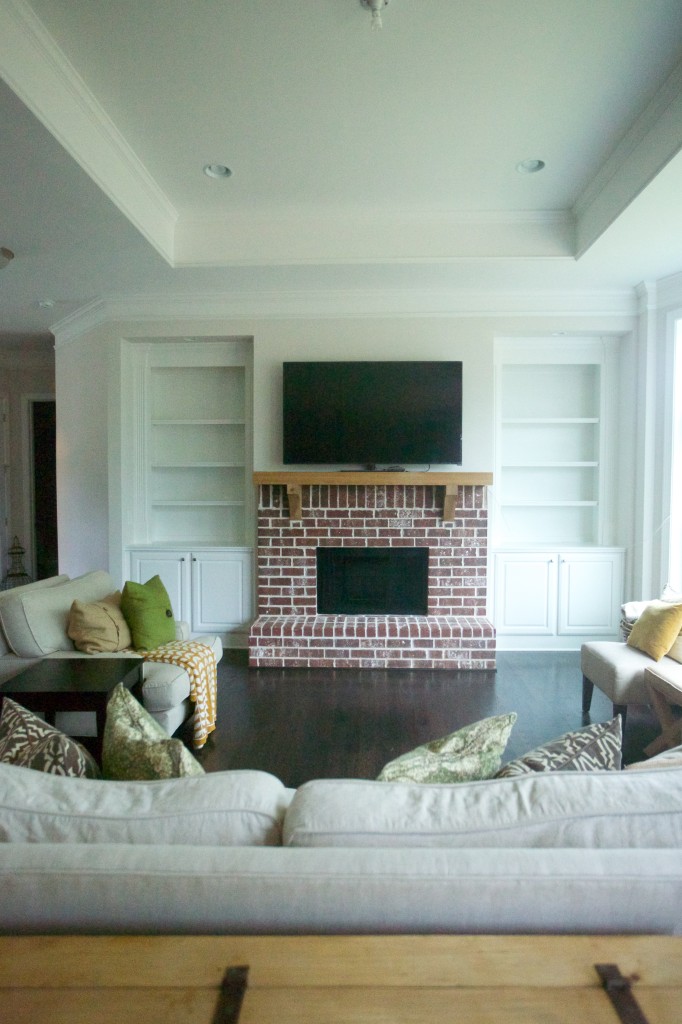 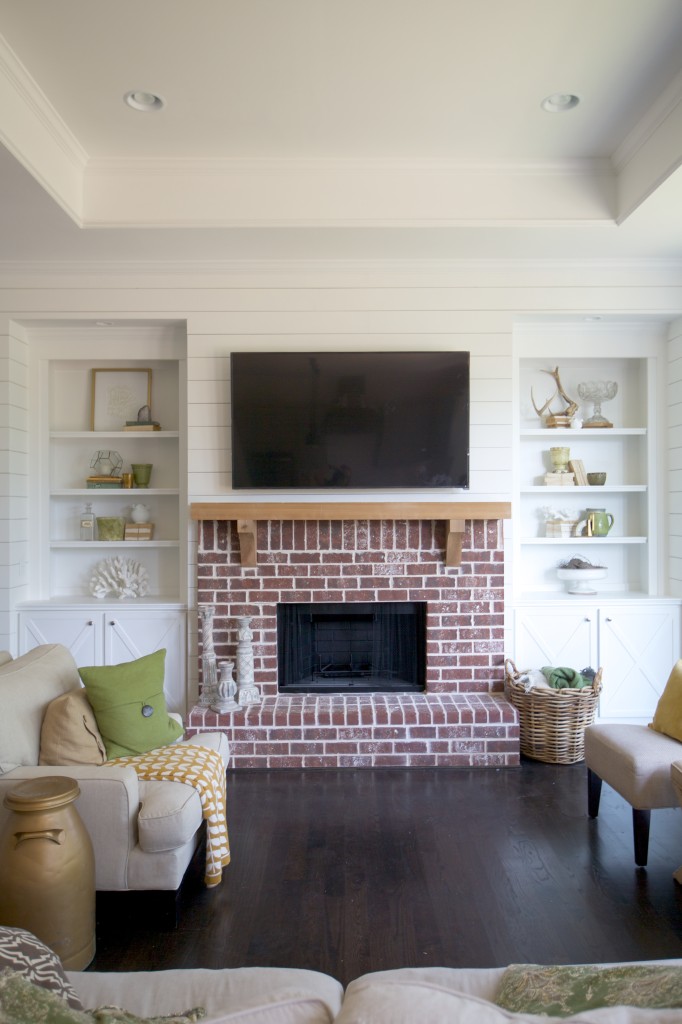 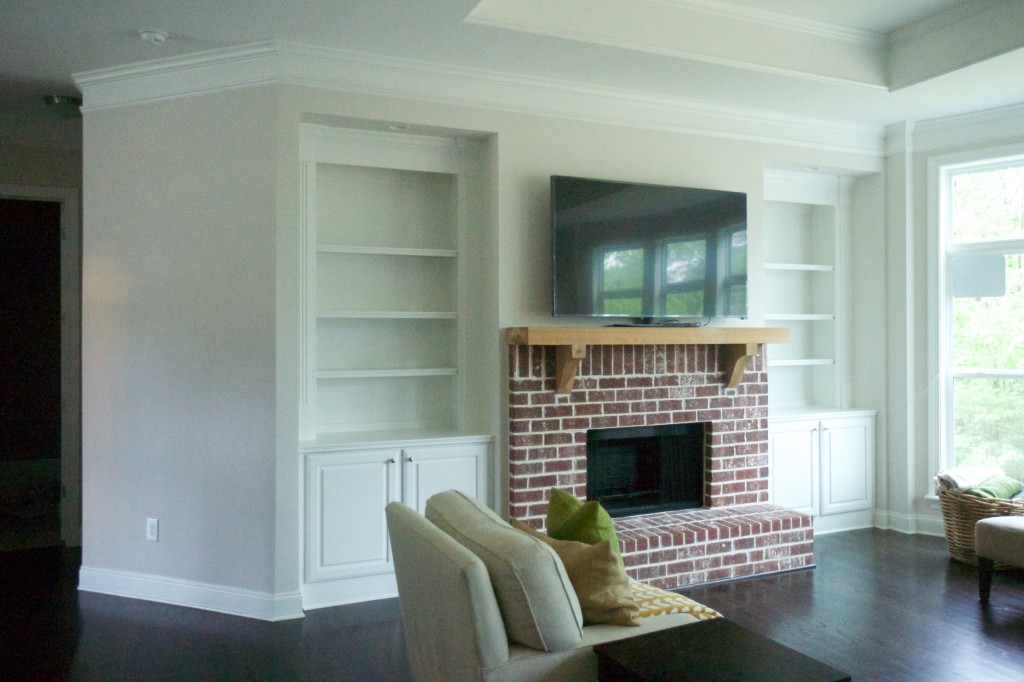 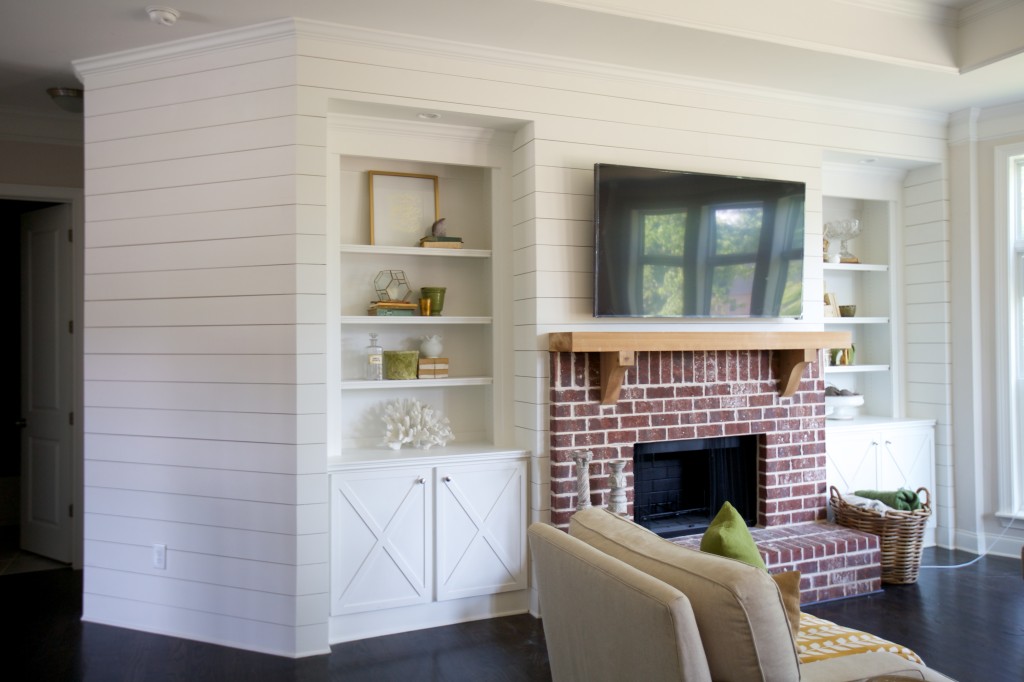 Okay, since I mentioned that these are Halfway photos, here’s what’s left to do:

Ryan and I had pondered doing the shiplap ourselves, but ended up hiring a friend’s “guy” to handle the project. Talk about a right decision! This dude is a professional, and it took two full days with an assistant for him to get the shiplap up and painted. Apparently there were tiny variations (visibly undetectable) in the measurements of the drywall that made the woodworking super tedious. Yeesh. Overall, as he sweated and ran back and forth making cuts, I was happy not to be in his position. Plus, he did an amazing job, and although I believe in Ryan’s handyman skills, you just can’t beat that professional touch. ;) 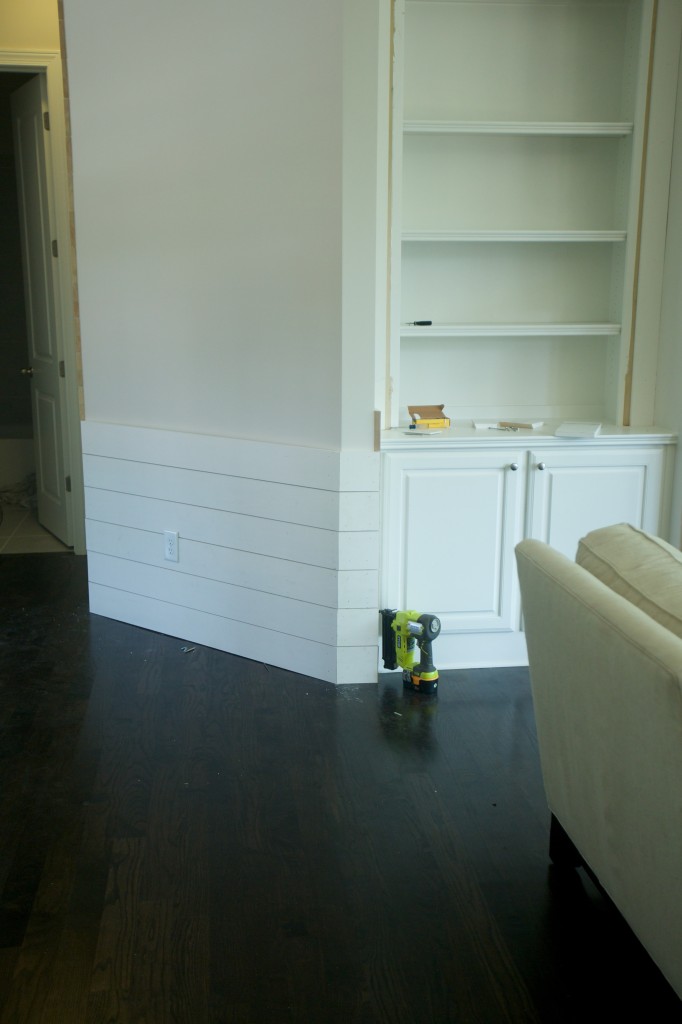 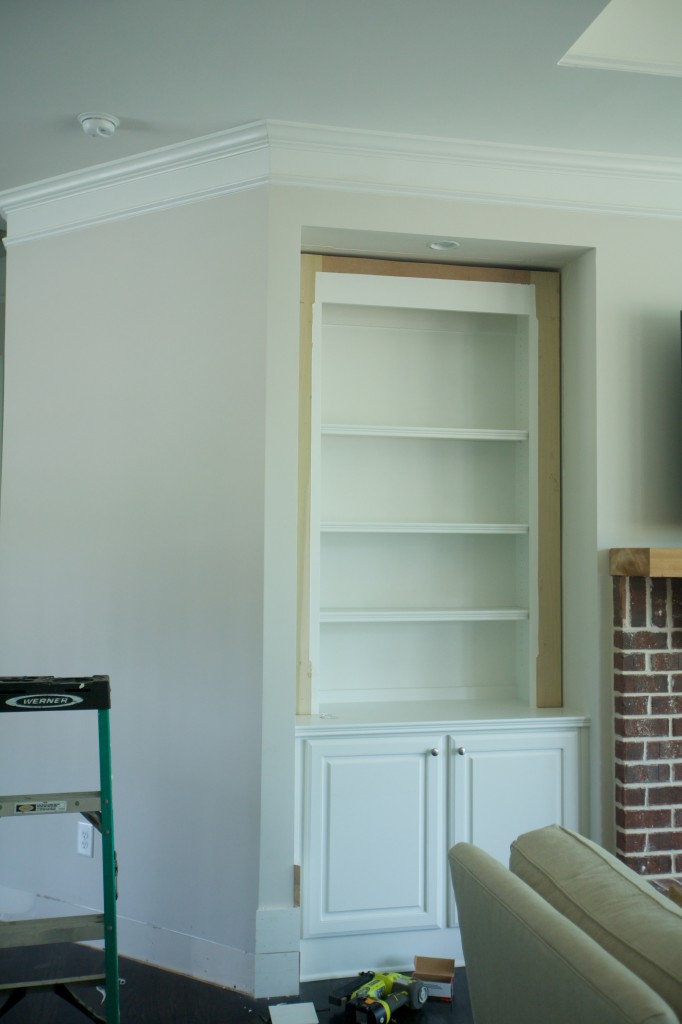 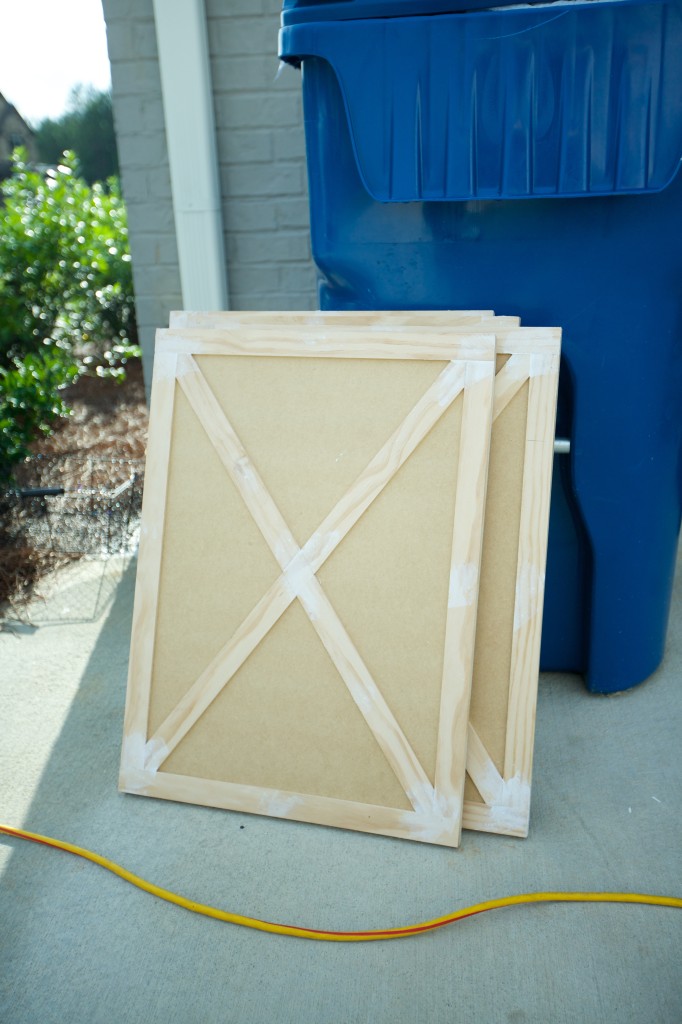