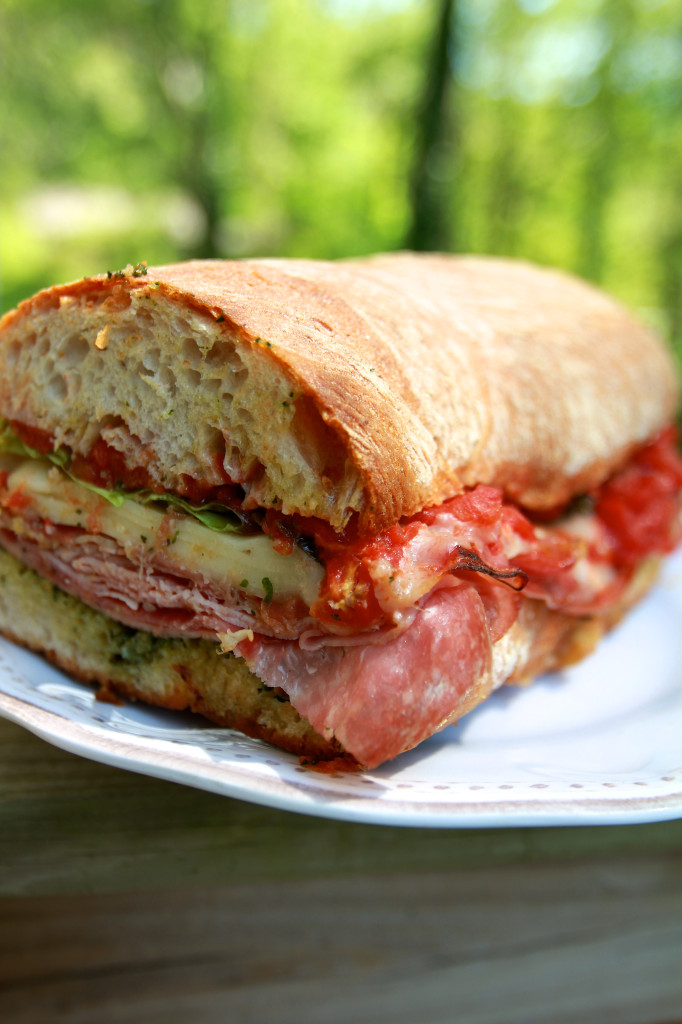 In December I vowed that I’d actually cook in 2014. And I have…sort of.

This winter I added about half a dozen new recipes to my somewhat-pitiful arsenal of go-to meals. Most of these meals are of the hearty variety, so as the weather’s begun to warm up, they’ve been less and less appealing — meaning I’ve been less and less inclined to cook. (Plus, having a newborn and toddler begging for my attention has sent kitchen duties to the bottom of the priority list.) However, one of my favorite Christian authors, Jen Hatmaker, recently posted a sort-of recipe to her Facebook profile last week, and it caught my attention. Basically it was instructions for a giant Italian sub that her family drooled over. I thought, “I can do that! I can do that!” Armed with my iPhone, I set out to recreate her sub with ingredients from Whole Foods, and I’m proud to say that, with her inspiration, I kinda’ made up my own recipe!

I was a bit nervous since, in true Whole Foods fashion, my sub ingredients ended up being a bit fancier than I intended. However, I had an unexplained surge of confidence (Thank you, deli lady!), and decided I could come up with my own take on the existing recipe. At home, I put the whole, monstrous thing together in about five minutes, stuck it in the oven and crossed my fingers. I didn’t say much to Ryan about the meal, hoping to get an honest reaction from him — and I did! There was some sort of instant raving (Oh, stop! No, really? Seriously, I’m blushing.) followed by the ultimate Shove-esque affirmation: “I mean, I’d buy this Italian sub!” You know it’s good when it’s money-worthy!

So here it is, my Jen-Hatmaker-inspired, somewhat-made-up-myself, embarrassingly-easy recipe for what I call “The Hot Italian Sub.”

Preheat oven to 350°F. Slice open the loaf of bread and slather both sides with olive oil and sea salt (enough to your preference). Spread the pesto on the bottom half. Layer the meats (in any order, although the ham is the base meat, so OCD Talie insists it goes on the bottom), topped with the mozzarella. Layer on butter lettuce and diced tomatoes. Sprinkle with Italian spices. Stick it in the oven for about 15 minutes or until toasty warm. Slice and serve! 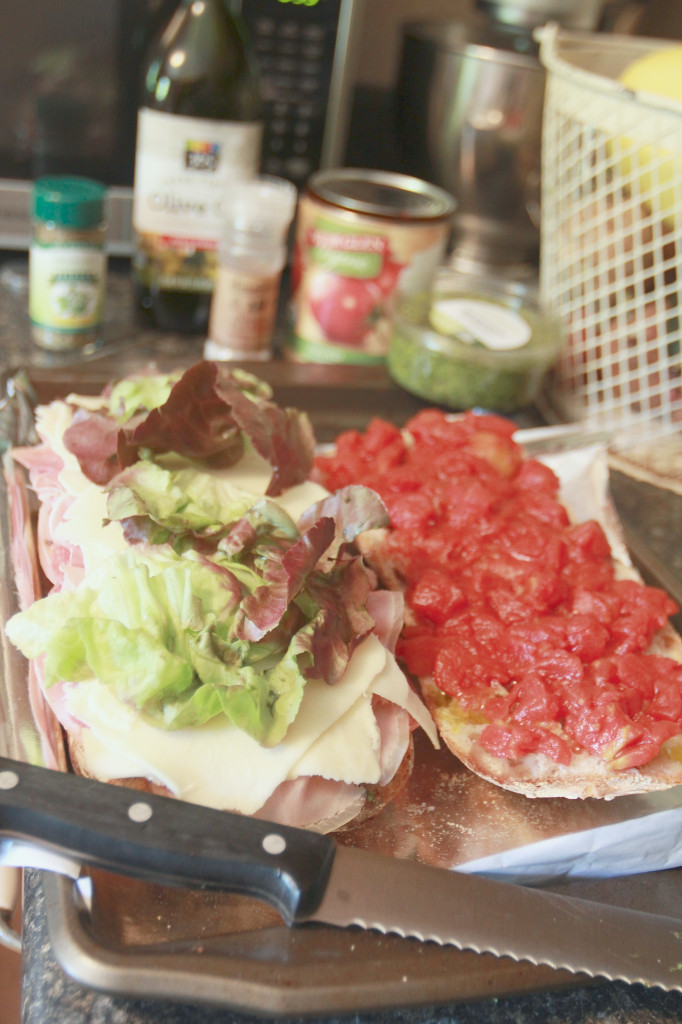 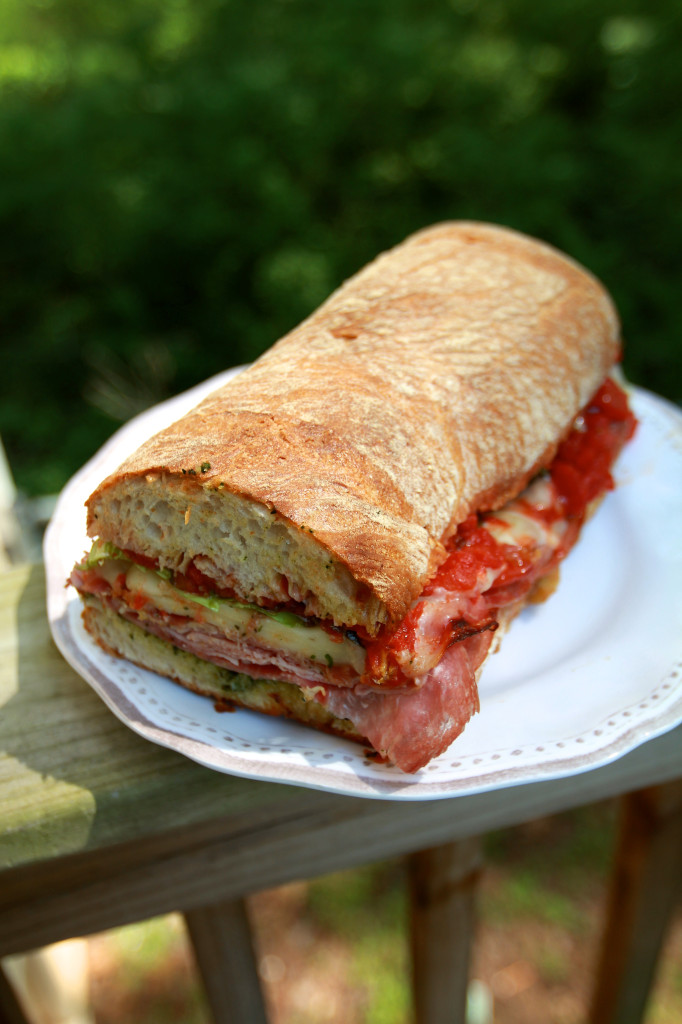