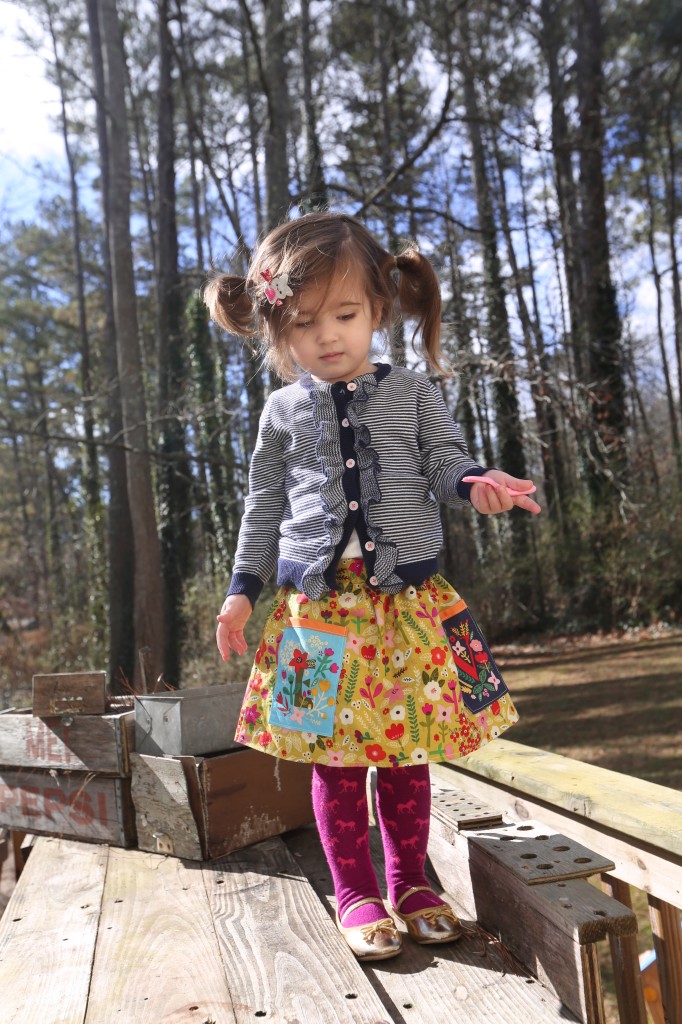 In the past, I’ve witnessed older kids not wanting to play with Emma Vance on a handful of occasions, and it’s been tough to watch. However, to some extent I understand the predicament. In a sense, E.V. would be like the annoying kid sister to them, and I don’t blame them for wanting to do older kid stuff without having to drag along some little kid — especially one they’re not related to. However, being mean —bullying — is something I will never understand or tolerate.

This morning I dropped E.V. and Cricket at the gym child center while I worked out, and when I came back, I had a hard time finding Emma Vance. I surveyed the open areas and then headed to the way back, where there’s a semi-enclosed maze (imagine a fast food restaurant tube-and-slide playground). As I approached, I kinda’ noticed a couple of older children scrambling up into the bowels of the playspace at the sight of me. I didn’t think much of it…until E.V. heard me and emerged from the maze in a fit of tears. I collapsed to the floor to embrace her, and as she scrambled into my lap, her sobs overshadowed her answering my questions. E.V.’s face was buried in the crook of my neck, her tiny arms pulled in tight between her chest and mine. She was hysterical and I was desperate to know why. I leaned her back to look into her blurry eyes and asked what happened.

“They were mean to me. (Who?) My tall friends (her name for the older kids at the gym). They wouldn’t play with me and said mean things. Mean, mean things.”

I didn’t know what to say at first. The Mama Bear in me wanted to jump up and throat punch each one of those brats without regret. I seriously could’ve screamed at them until they cried like babies and wet their pants. But instead I took a deep breath and tried to remember what I was supposed to do as a rational, law-abiding adult. (Oh, and as a Christian, too.)

“E.V., you are a GREAT friend. Not all people are good friends. You are kind and funny and a good sharer (true), but not all kids are. Some are mean and selfish. But you have a good heart, and by being a great friend to those mean kids, maybe you’ll show them how to be nice.” She looked up with her puppy dog eyes, still crying silently, still sitting like a pitiful ball of lead in my lap.

“Emma Vance, I’m proud that you tried to be nice to those kids, and I’m sorry your heart got hurt.”

She wouldn’t leave my grasp, so I stood up with her, holding her on my hip like an infant. Cricket trailed behind us, happy and oblivious.

Truthfully, everything in me wanted to crawl up into that playground and force out all the rats hiding within it. But I tried to remind myself of due process and of what my end goal really was — to help heal my daughter’s hurting heart, to ensure those bullies were punished properly and to make certain they didn’t hurt anyone else.

On our way out, I told the guy manning the check out computer what had happened. He looked at me a bit blankly as I told him that someone had been bullying my precious child. Seeing no response forming in his face as I talked, I finished with, “Someone needs to be back there with the kids at all times.” Duh.

I don’t realistically know what I wanted him to do. I mean, I understand that he really shouldn’t (from a legal standpoint) admit any guilt. However, deep down I wanted hint o say, “I’m so sorry! I should’ve been back there. I’ll make sure to go back there right now and pull those kids, call their parents and make their actions known.” But he didn’t. Because he’s just some kid. Some hourly-wage worker. The director was off since it’s a Sunday, but she’ll be receiving a call from me tomorrow, bright and early.

By the time we left, Emma Vance had calmed down and seemed back to her usual, sunny self. She hasn’t mentioned it all day, and based on how carefree and happy she’s been, I’d say she’s over it. Perhaps she won’t even remember the incident. (Let’s hope so.) But I will. I mean, I just don’t understand mean kids. I know that the person your child becomes is partly due to genetic happenstance, that you can’t make your kid a certain way, but the other half of the equation is what you teach your child in words and in actions. I would NEVER tolerate E.V. or Cricket being mean to another person, and I can’t fathom what it would be like as a parent to be apathetic or even (dare I imagine) encouraging of it. I can only hope that those mean kids were acting out in their parents’ absence and that if caught, that their parents would punish them appropriately.

Deep down I wish I could be at Emma Vance and Cricket’s sides at all times. I wish I could protect them from all hurt and harm, that I could take on all their pain and scare off all the bad guys with my presence. But I can’t. Mama Bears have to leave their cubs sometimes, and all I can do is keep encouraging my girls to have tender, kind hearts and to ignore the bullies. Oh, and a throat punch or two to some of those bad guys wouldn’t be so bad once in a while, right? I mean, I bet a kid who gets throat punched by a mom probably won’t bully anyone ever again… ;) Just kidding, people! Just kidding!