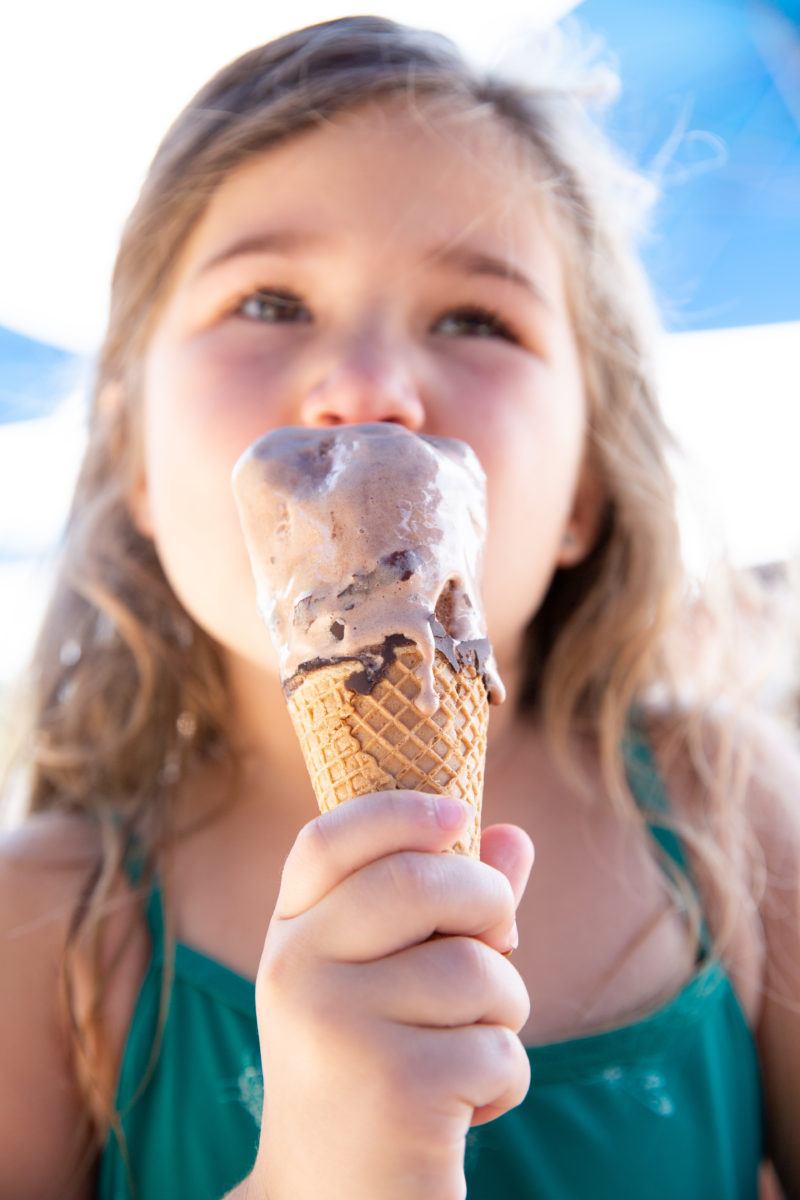 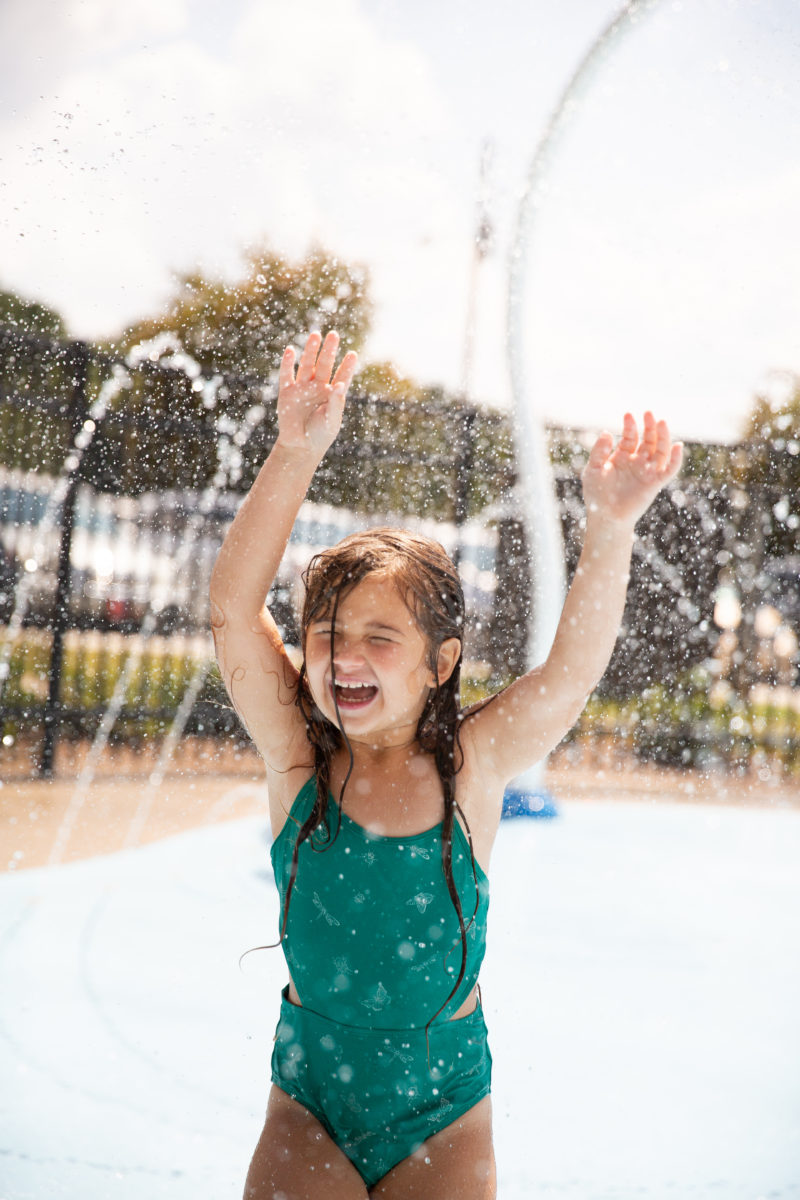 Sometimes there are no words to help one’s courage. Sometimes you just have to jump.
Clarissa Pinkola Estés

We’ve survived our first full week of school (whew), and it’s been a rollercoaster around here. I love the beginning of the school year — and really any chance for a fresh start — but with newness and change come adjustment and growing pains.

Overall, Cricket has been loving kindergarten. Unlike E.V. (whom I have to pry information out of bit by bit, like peeling an apple with a butter knife), Cricket has been bursting to share every detail of everyday:

My new best friend was absent today. I suppose she’ll be back tomorrow. Unless she’s gone.

We took a test today and I NAILED it. We went on a computer and put on headphones like this (placing a piece of toilet paper over her head like earmuffs) and they asked questions. They were for babies, like, “Which one of these boxes shows a man?” And then I’d hit the button that said “next.”

We read about giraffes dancing today. (Insert entire summary of book as retold by a five year old.)

Everyone got a blue ticket but me. Even though I was quiet.

I introduced Maya to Maddie today. I was like, “Maya, this is Maddie. (Moves places.) Maddie this is Maya.”

I smelled a salad today in the cafeteria. Can you order me one?

It is too hot on the playground for kneesocks.

She’s been chatty and happy (and even speaking just a *little* French!), that is until Thursday. Cricket woke up in a good mood (actually her first words of the morning were, “I dreamed up the best dog toy! First you take a daddy sock, the black ones with the yellow toe and heel, and then you add three tennis balls…”), but she quickly declared that she didn’t want to go to school.

I figured she’d forget all about her request by the time we got to carpool. However, when the teacher opened our car door, E.V. hopped out with her giant book bag on her back and lumbered into the school, but Cricket didn’t budge. Sigh. I pulled into a parking space and began the bribing, bartering, begging, threatening and encouraging. It took about ten minutes for me to get her out of the car (with a sneaky hug-and-roll method), and from there I had to walk her into the building. In front of the reception desk, I knelt down and tried to keep her from crying (or throwing a tantrum, to be honest). As the minutes ticked closer and closer the bell, I tried not to panic. Then, I gave up.

“If you go to class right now, we can get ice cream this afternoon.”

In an instant she was off, and I was on the hook.

I couldn’t help but chuckle as I walked back to my car. Just the day before I had taken the girls to our city’s pool. We played and ate junk food (goodbye, summer snacks). Emma Vance went down the slide while Cricket ran around the shallow end. And then E.V. declared, “Mom, I’m going off the diving board. The big one.”

I smiled and gave her a high five. Then I watched and waited. One by one, the kids ahead of her in line jumped happily into the pool until it was her turn. Then Emma Vance climbed confidently up the ladder, marched to the end of the board, took a deep breath…and crawled back to the ladder. Twice she did this, each time taking a few minutes to recoup before trying again. And then the loudspeaker declared that the diving board was closing down in ten minutes.

E.V. ran to the end of the line. She didn’t chitchat with the other kids this time; she was focused. By the time she made her way to the end of that diving board again, the minutes were ticking down. She stood there for what seemed like forever. Cricket and I sat silent and still, eager to see what would happen. Emma Vance looked behind her one last time, probably weighing out the disappointment of crawling back down versus the gripping fear of actually jumping.

And then she did.

One big step, one big splash.

(And the crowd goes wild! Okay, and the Shoves go wild!)

It seems like all of us need a little incentive every once in a while. Whether it’s ice cream or a third attempt + a fading opportunity, everyone needs some help being brave on occasion. 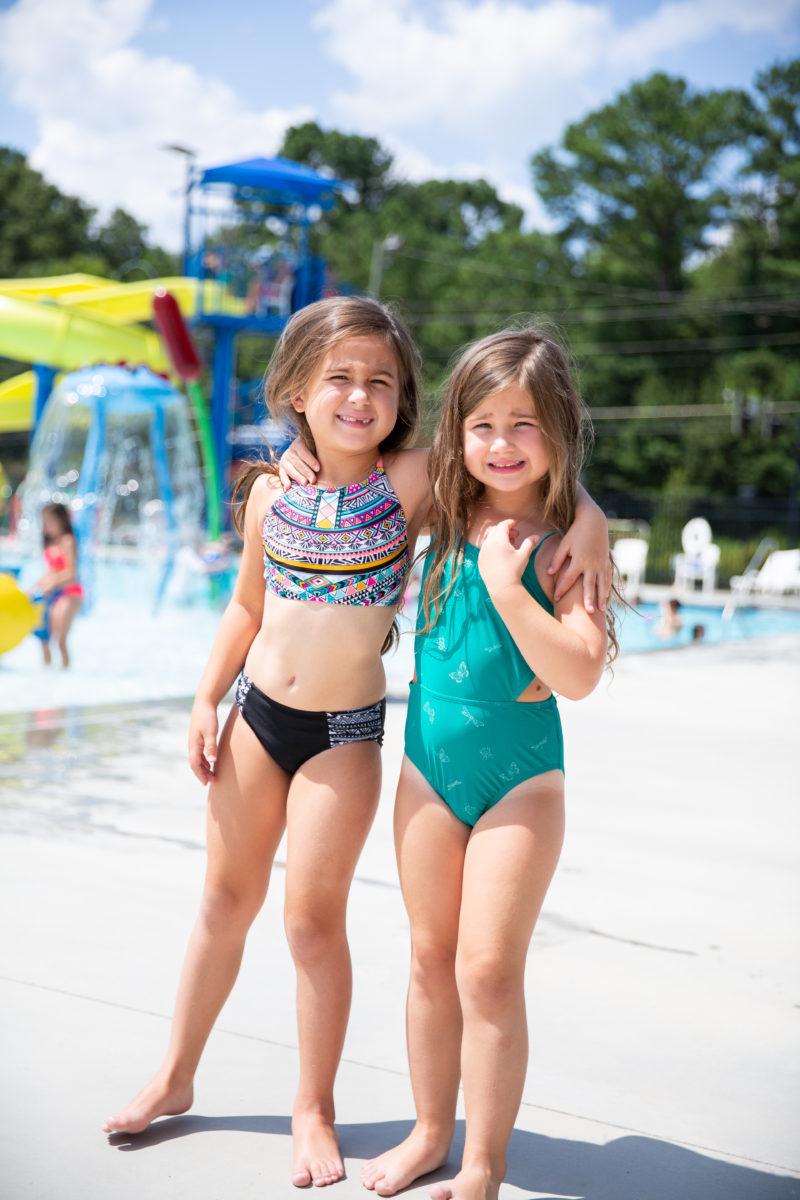 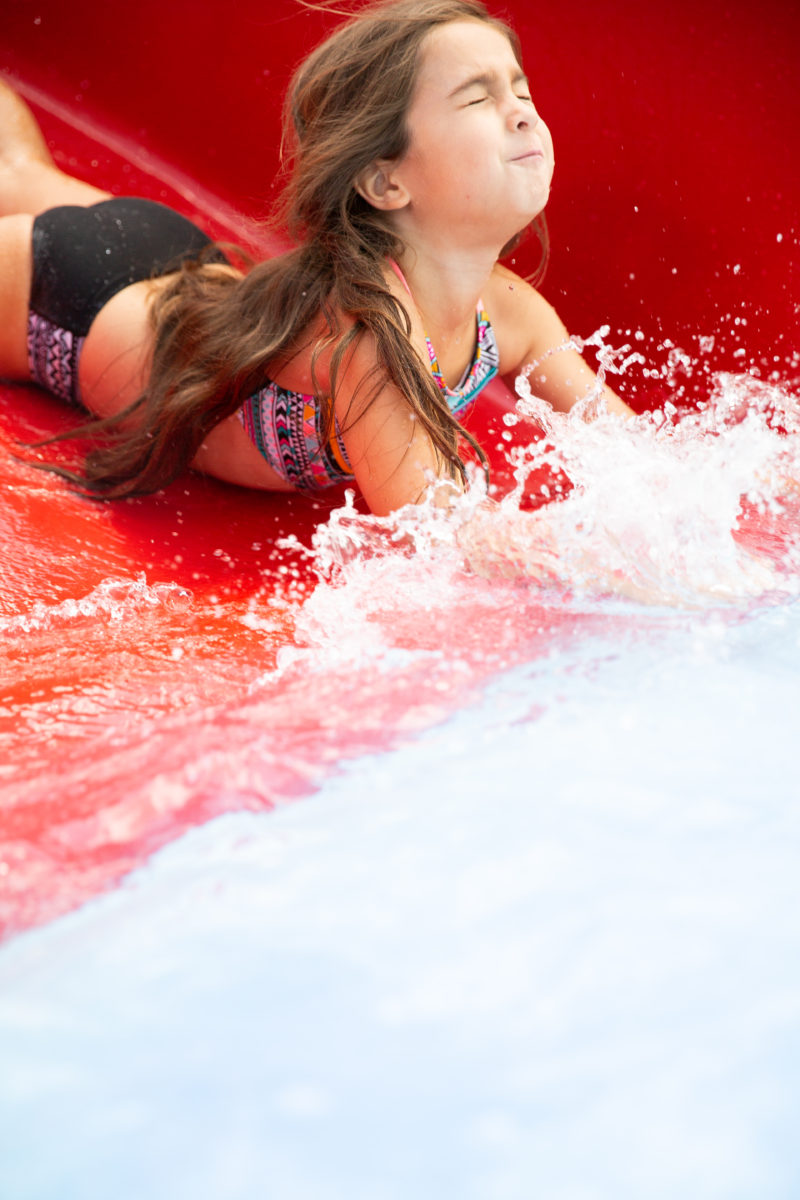 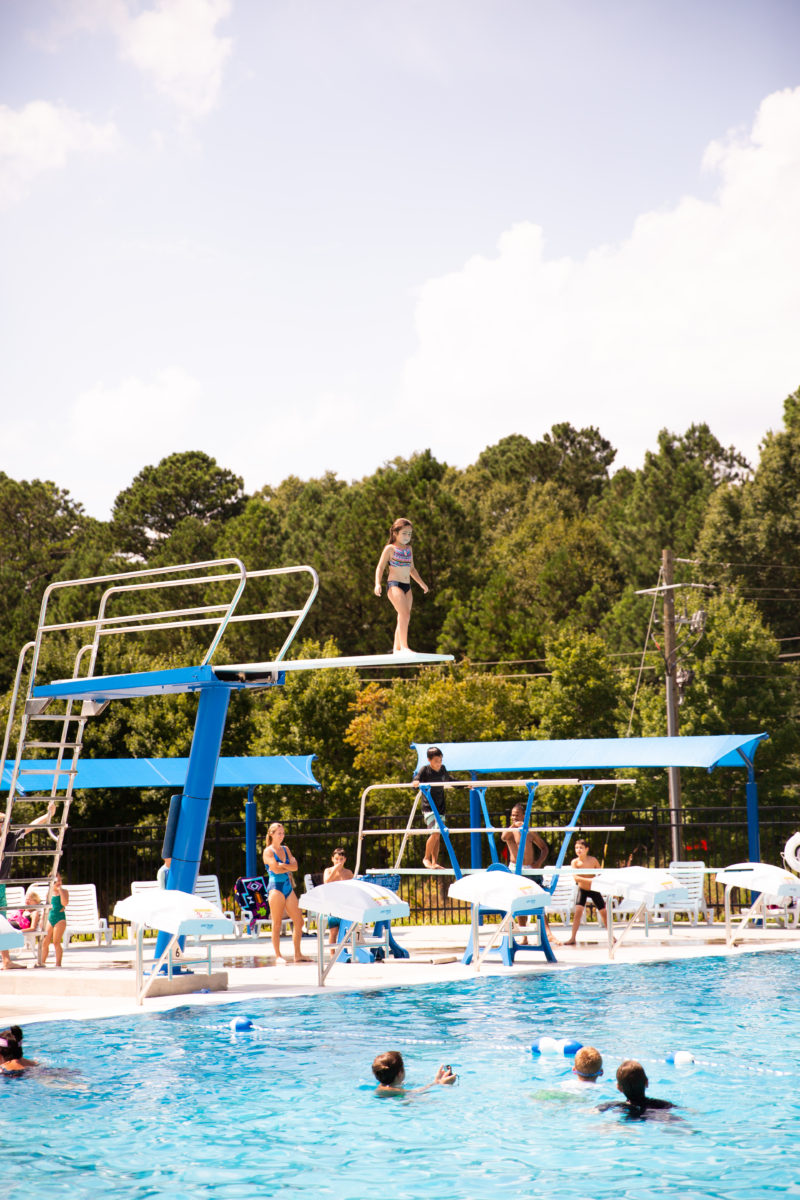 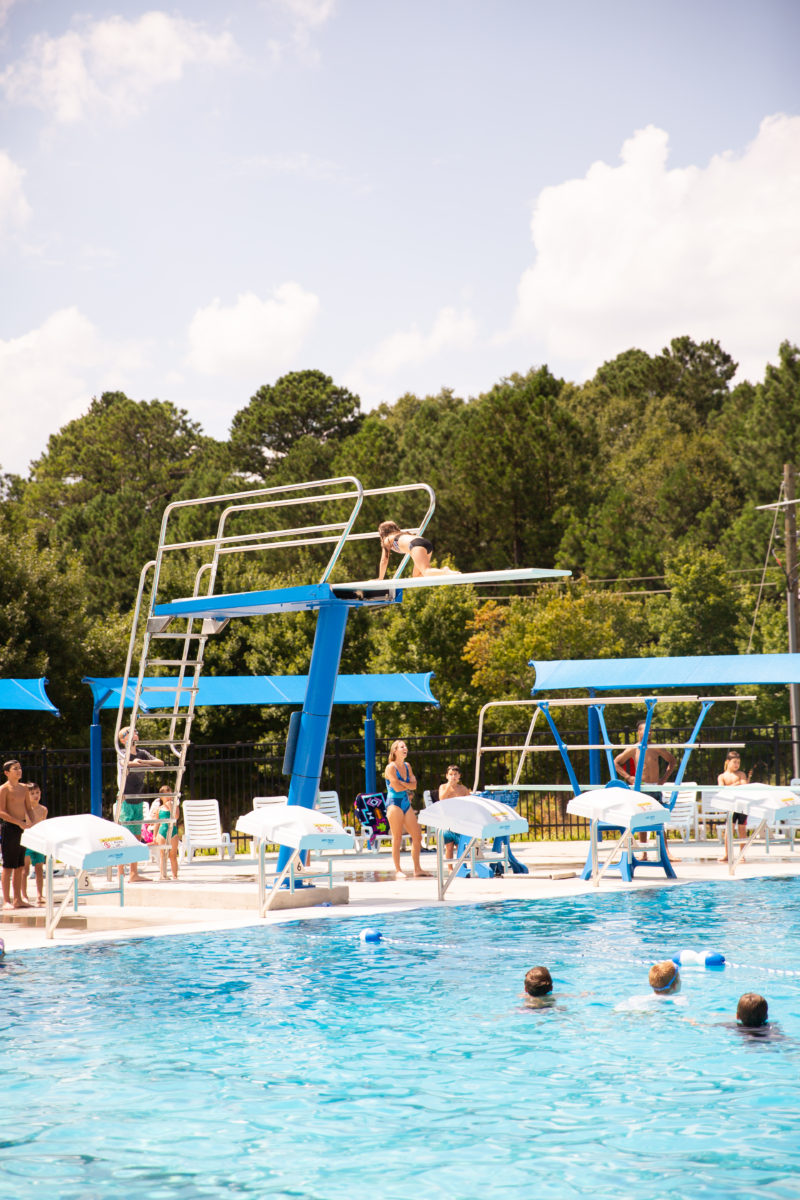 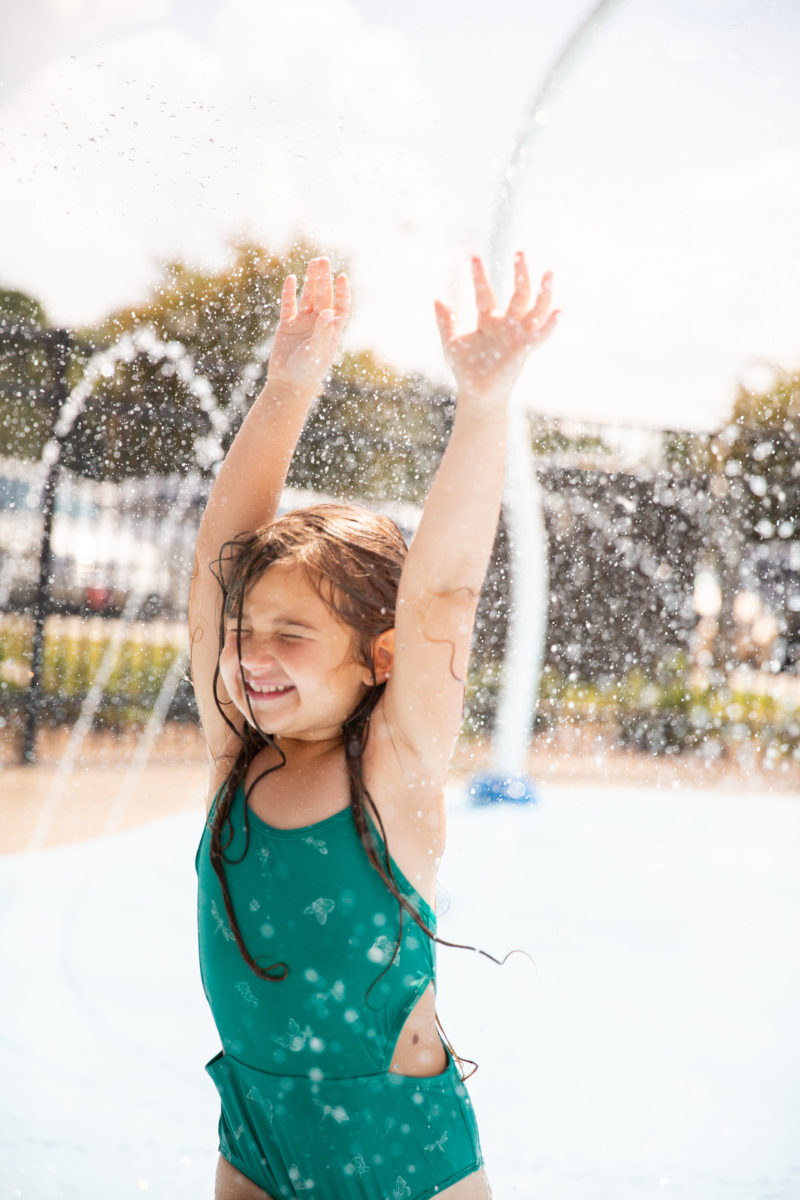 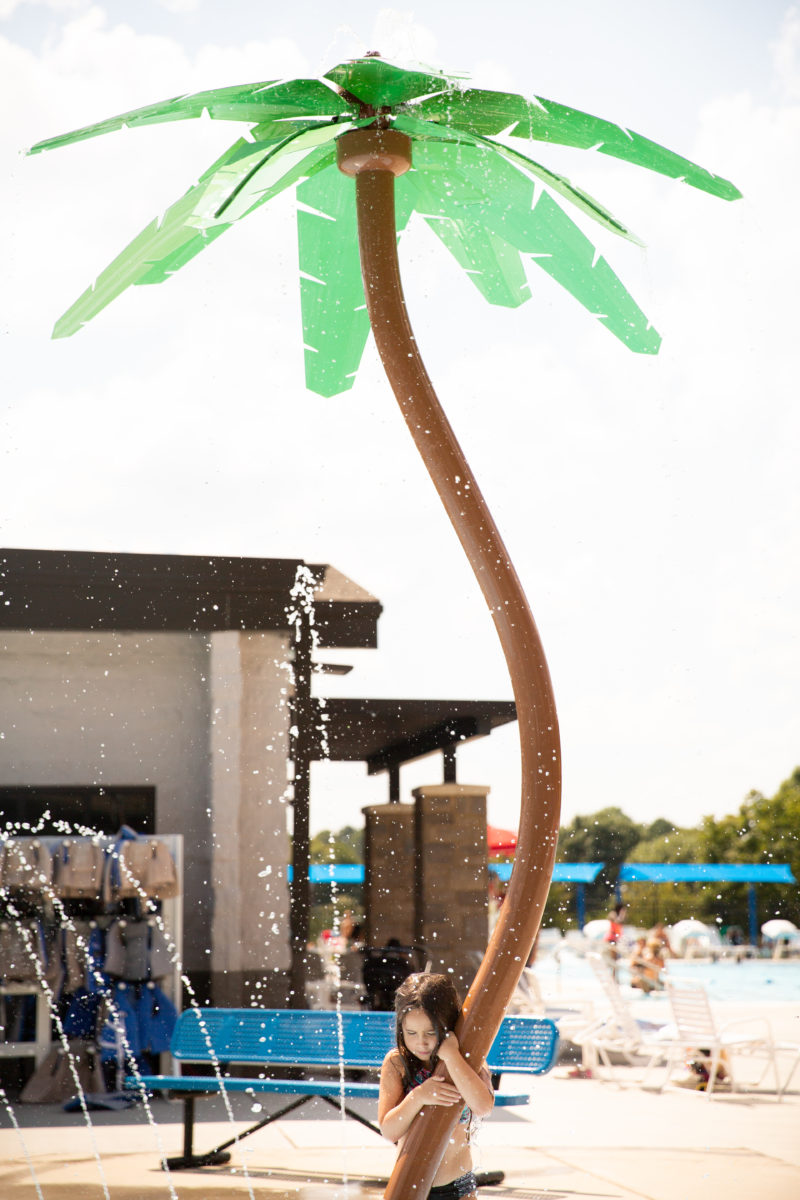 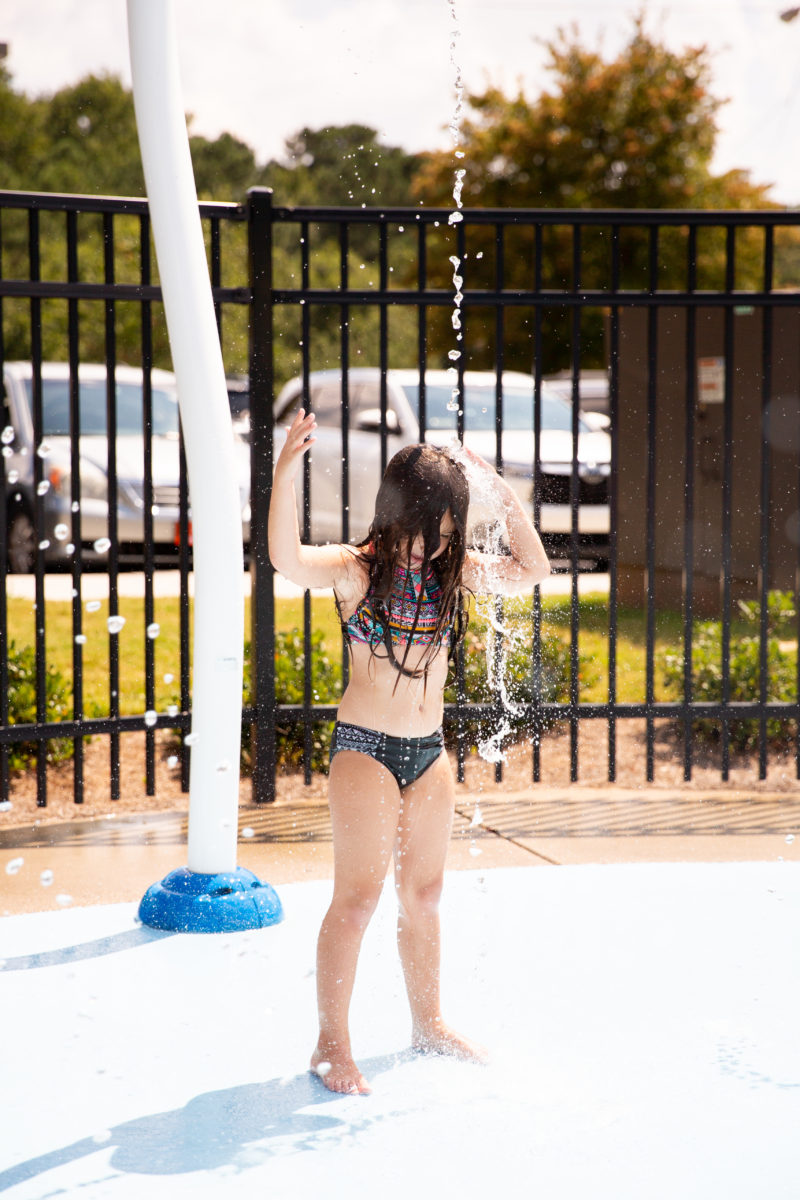 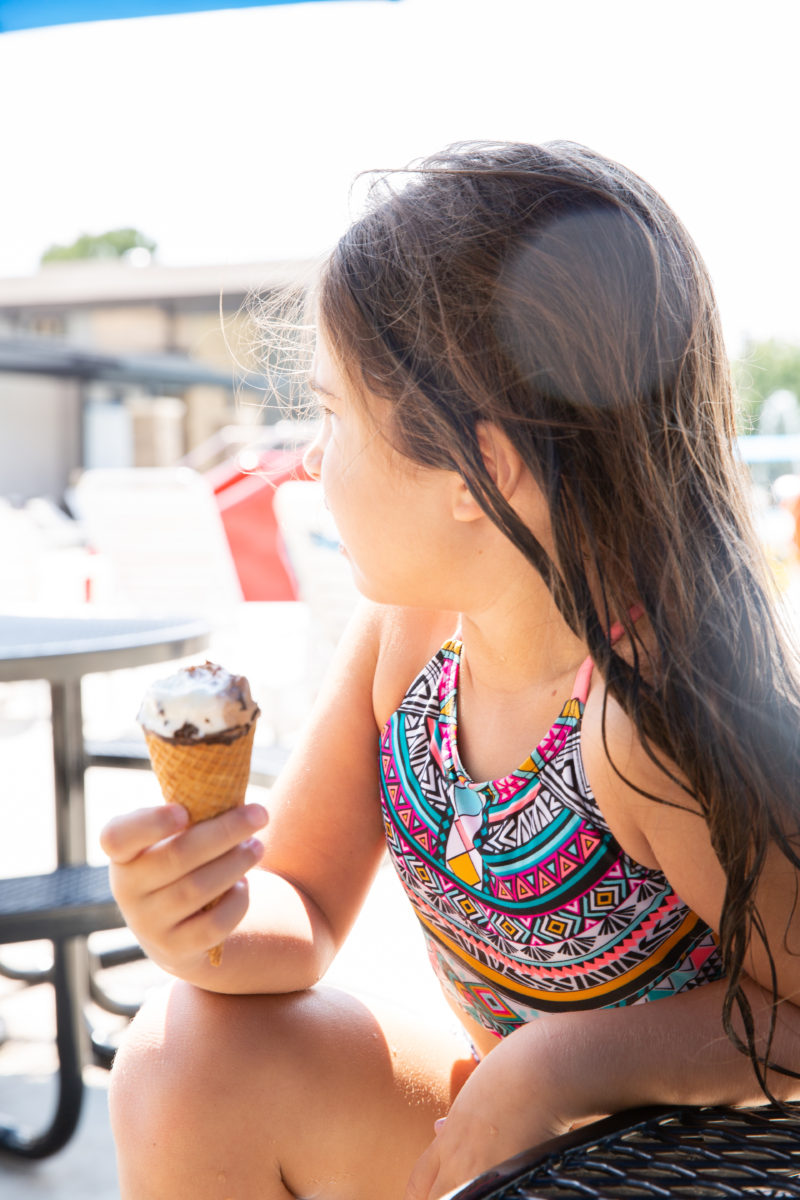 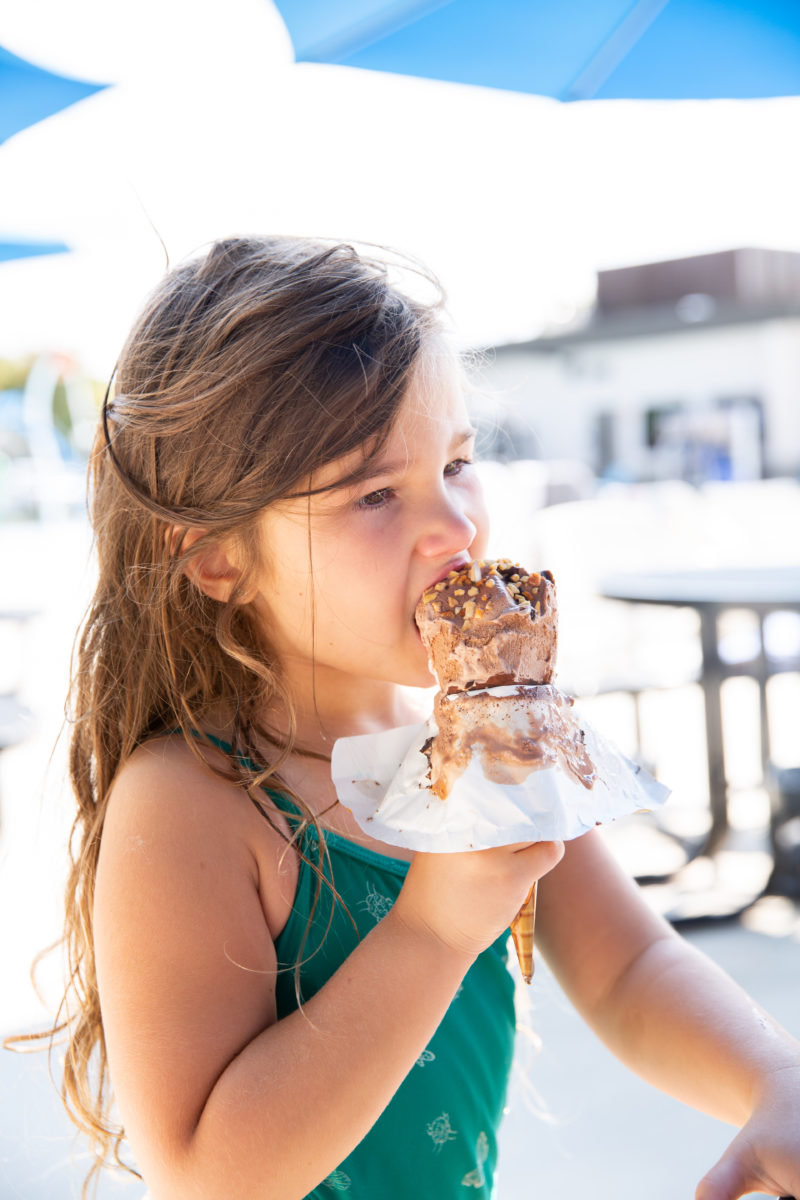 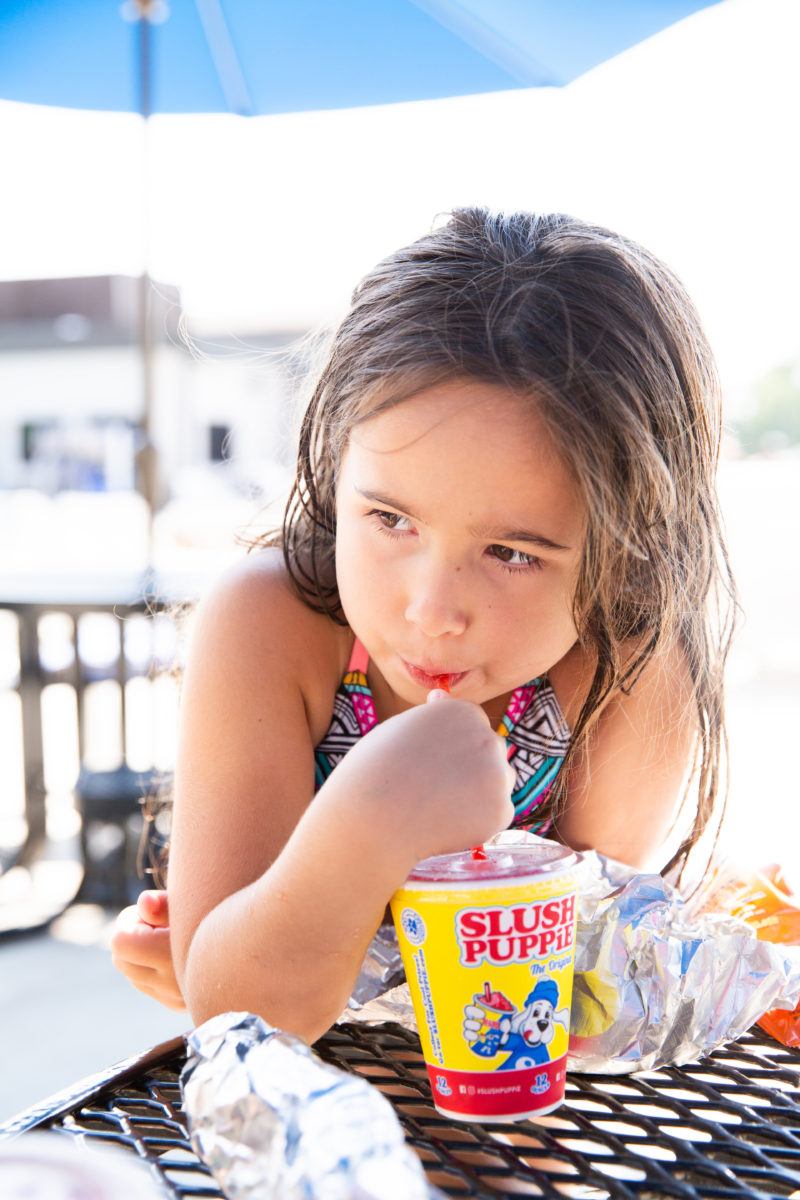 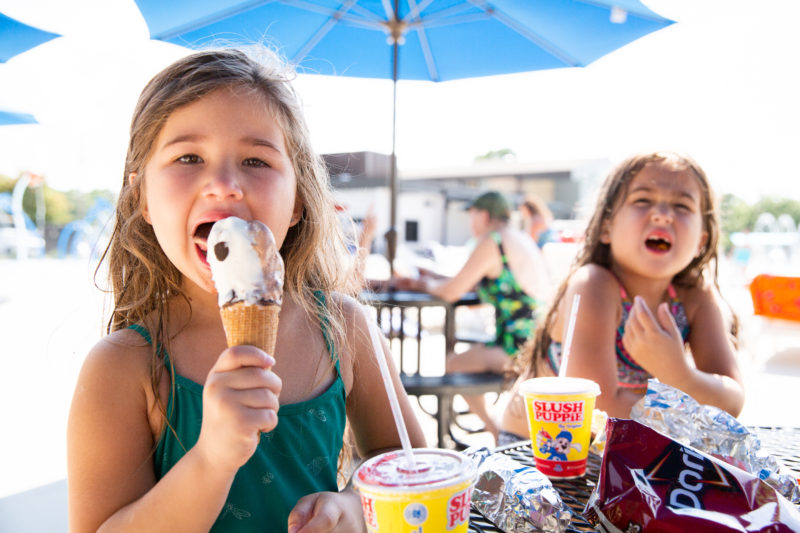 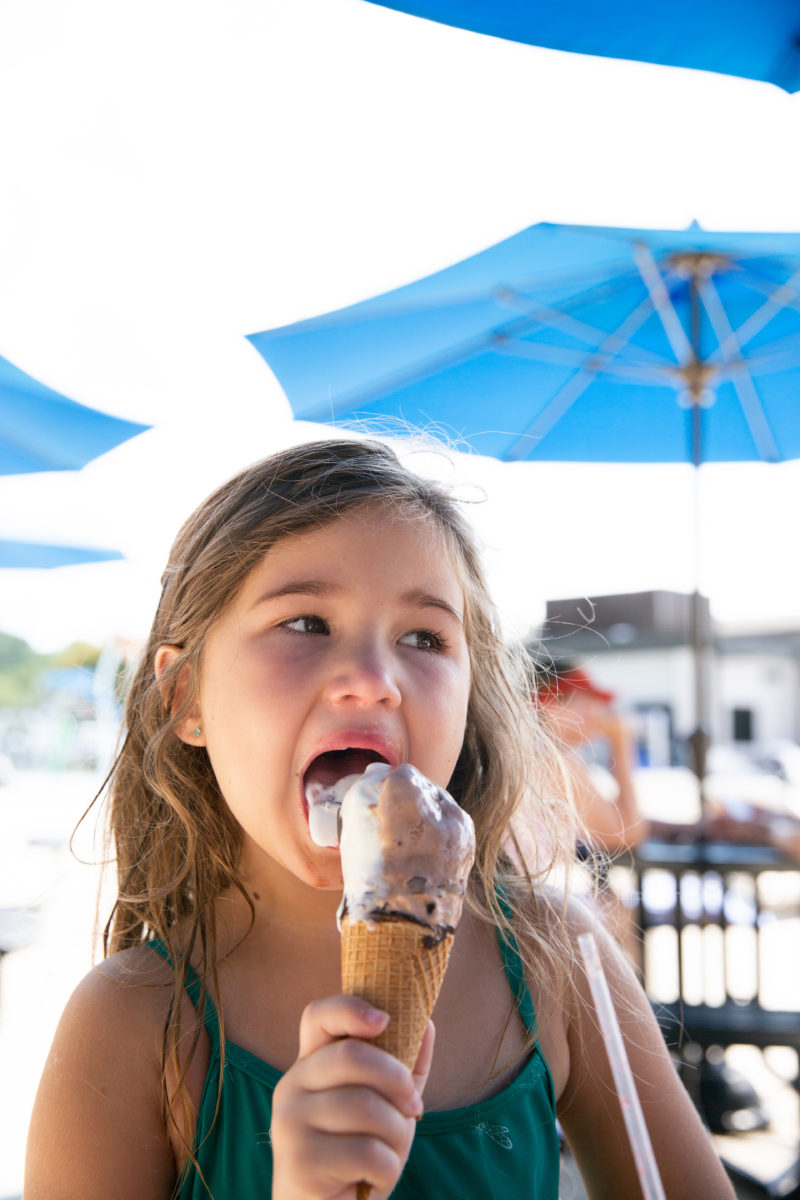