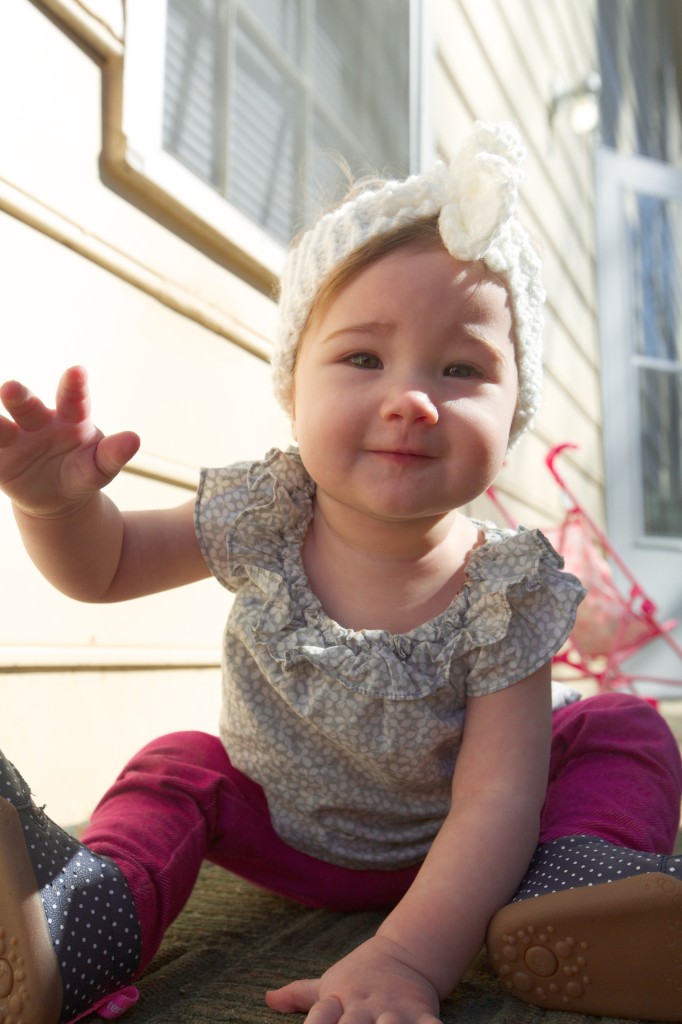 Man, I’m not sure that there’s much else that can go wrong over here at Amityville. (And, now that I’ve said it, everybody knock on wood for me because I’ve officially jinxed us! ;) ) Between Cricket’s bronchiolitis, E.V.’s random barfing in the middle of the night, my personal encounter with St. Burn-entines’ Day, Icepocalypse 2015 taking out Ryan’s truck AND ’76 Scout…I’m fairly certain that we’re due for some happiness right about noooowww… 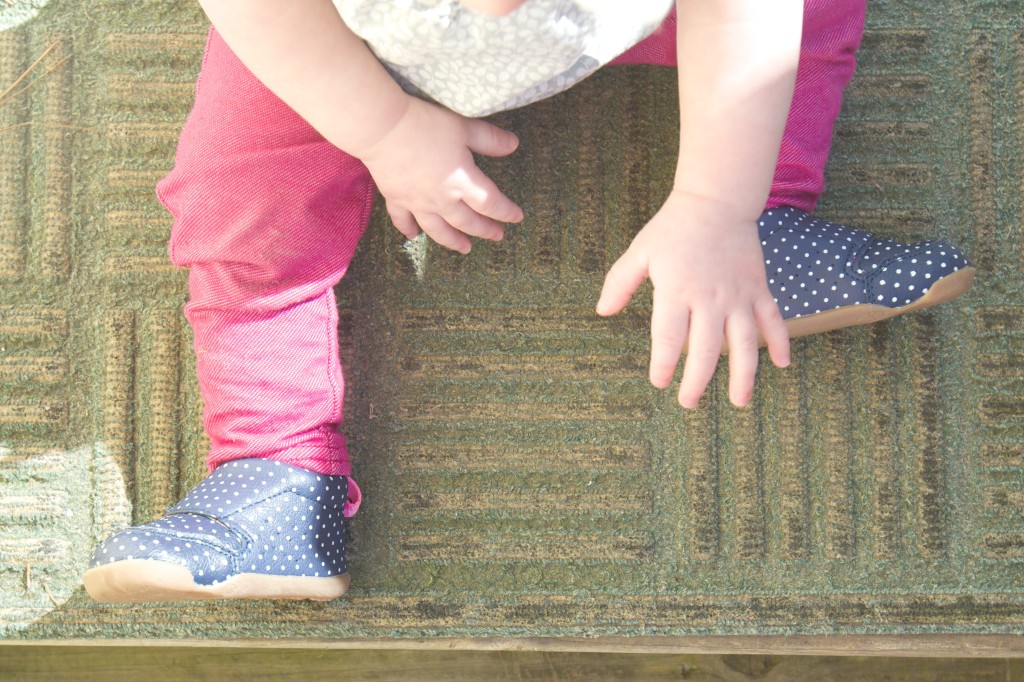 Happiness it is, in the form of BABY SHOES. (I mean, really, other than tiny socks, is there anything that makes people generally happier than miniature shoes?!? I think not.) If you’ve hung around my babies for any amount of time, you already know that I have a weird thing with baby shoes, as in, mine never wear them. ;) It’s not a conscious thing, it’s just that there’s really no need for them, it’s so hard to match them to outfits, and they never keep the dang things on! Besides, who doesn’t like to see little baby toes peeking our from under a romper? However, with every new development comes change, and with Cricket I finally gave in and got her some “real” shoes.

Truthfully, I would’ve bet money that Kit would be walking by now. She sure has been trying enough! Cricket was an early crawler, stander and cruiser, so being an early walker seemed like the natural next step. (See what I did there?) However, here we are at almost 11 months old, and nada. The other day she kinda’ took two steps (but not solid enough of steps for me to call them her official “first”), and that was it — time for shoes! No more delaying. No more pretending she’s going to be an infant forever and ever and ever. (Single tear. Wahhhh!) No more wearing comfy baby moccasins every. single. day. (Now it’ll only be every other day or so, ha!)

It’s strange to see my baby in big girl sneakers, but I’m choosing not to feel sappy right now about her growing up because, as I said before, we are in need of some smiles at the Shoves’, and those tiny toes covered in navy blue polka dots is doing the job these days! ;) 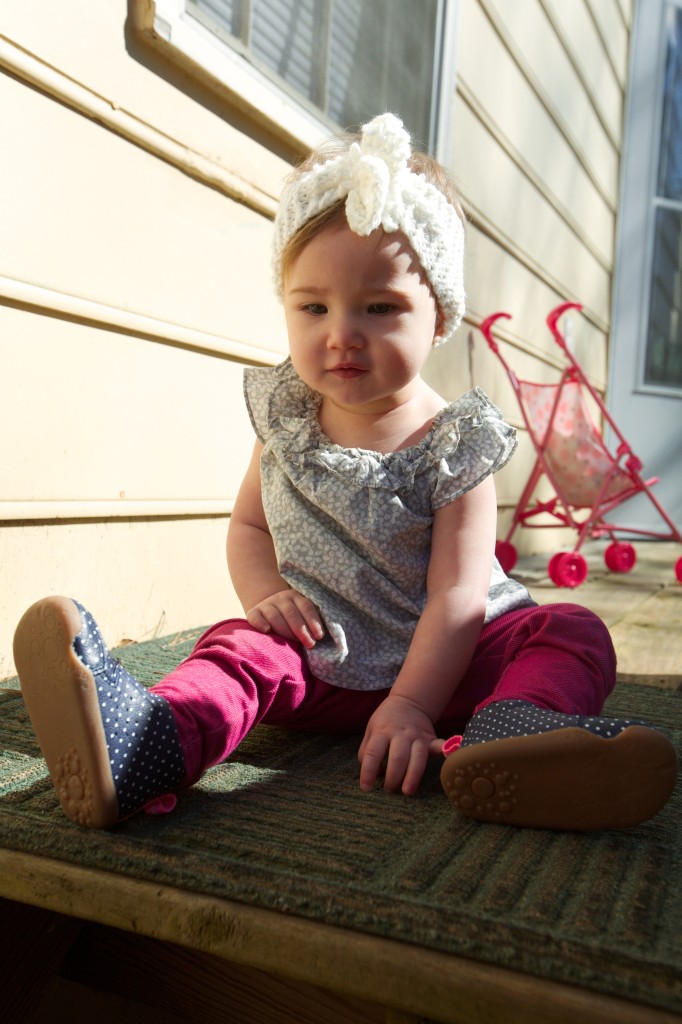 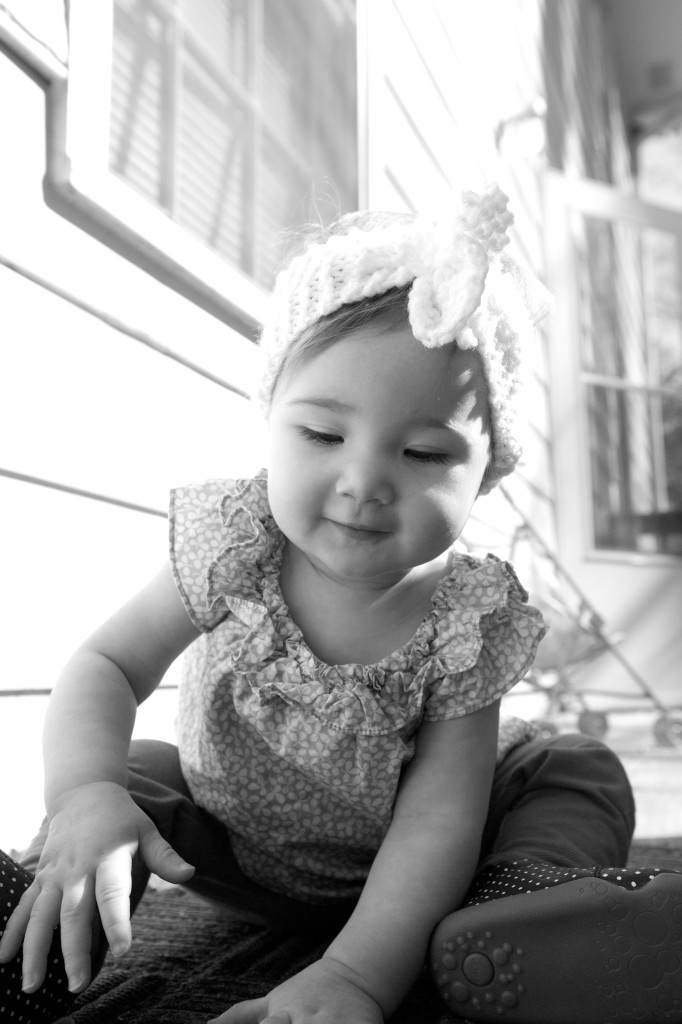