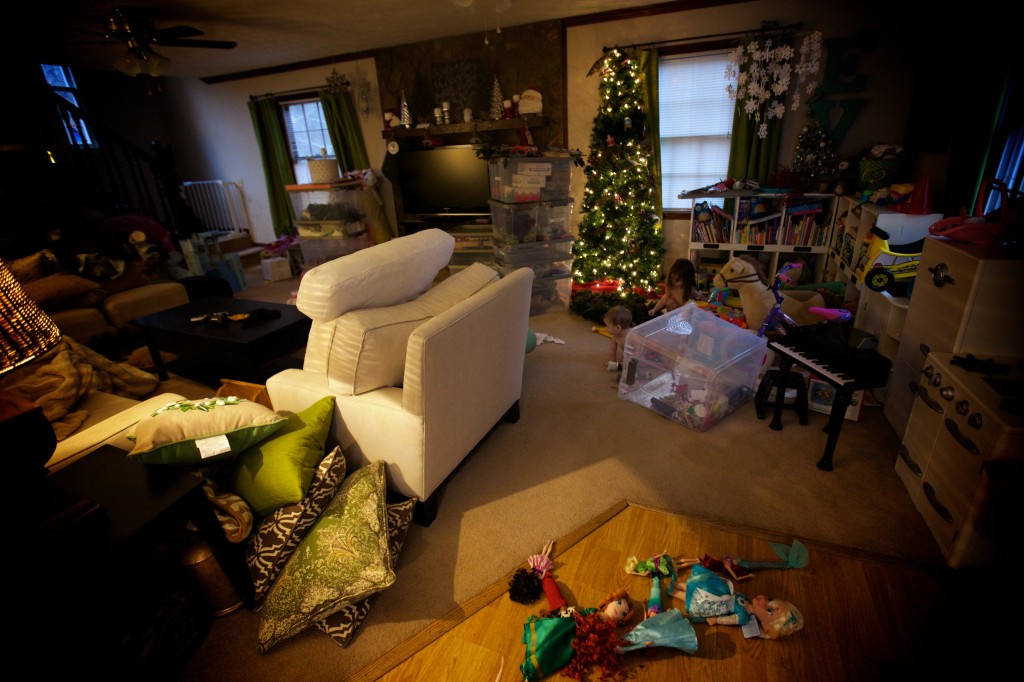 Well, it’s officially five days into 2015 and I’m just getting around to blogging for the first time. (What?!?) There are a million reasons and excuses, but beyond all the busyness and exhaustion, let me just confess that this just isn’t me to be almost a week into a new year without writing — and that is, I suppose, the best thing to write about right now.

I’m not sure where December went. In looking back over the month, the main difference I can find is that Ryan wasn’t able to take his usual week-or-two off over the holiday. I also suppose that having two kids fighting for my attention in addition to the usual Christmas madness didn’t help much either. (How is it that two such tiny people can require so much time, energy, attention and emotion?) Last year + one more kid – one working husband x all the usual holiday madness = a December unremembered. Whatever the reason, I find myself suddenly in 2015 and feeling a *little* panicked.

You see, us Type As out there LOVE our New Year’s Resolutions — so much so that December tends to be a month to rev up, to get ahead of the masses, to set ourselves up for success in the upcoming year. And while I did manage to eek out a bit of mental space to set my goals for 2015, last month flew by so quickly that New Year’s Eve snuck up on me. I found myself standing at the doorway to 2015, confused about how I actually got there and a little leery to step through. I felt like lingering there, on the 2014 side of that doorway, but time has a funny way of reminding us that we have no choice by swiftly kicking us in the behind and hurling us forward right through that door.

At the stroke of midnight, as the world crossed over into the promise of possibility that is a new year, my house was a wreck. Christmas was still evident in our tiny home, half in boxes, the other half sagging, begging to be torn down. Toys from Santa were strewn everywhere. The laundry was piled up higher than I’d like to admit. The sink was full of dishes and bags of trash sat by the door, waiting to be discarded. The refrigerator was literally empty. No one’s beds were made. There were no cheery, encouraging “Goals for 2015” hung in our kitchen. The girls’ nap time and bed time schedules were off the rails. Both kids were teething. Ryan was stressed about an upcoming shoot, literally working up until the moment we left for our NYE party — and then some in the car on the way.

But amidst the madness, there were small bits of preparation: A new preschool-aged devotion book that came in the mail. An Instacart order filled with Whole30-approved food set for January 1st. A couple of Bible studies for January sat on my nightstand. An appointment or two made at the gym childcare. Evidence that perhaps 2015 could still get off to a good start…eventually.

So far this year, it’s been slow-going around Amityville. I’m finally starting to get that inevitable New Year’s itch that usually starts December 1st, so in the coming days I promise to share more of what’s going on around here. Despite not attacking them with the usual ferocity, we are working at our resolutions; perhaps a bit more casually than suits me, but right now I’ll take any amount of success I can get!

* No bottled water. I don’t drink a ton of bottled water, but I figured it’s time to go ahead and nix its presence in my life completely. Good for the environment? Check. Less BPA in my system? Check. The biggest challenge will be at the gym — Must. Remember. To. Bring. My. Own.

* Fast Food Free 2015! Yes, you read that right. Once again, I don’t eat a ton of fast food, but let’s be honest, nixing it completely could only be a good thing, right? I am going to be realistic and allow myself six drive-through meals this year just in case we go on a road trip or something crazy happens, but as for the causal I-should-get-a-chicken-biscuit-because-it’s-Friday — that time in my life is over. ;)

* E.V.’s First Devotion. Starting this year, I’m working on building the habit of having a daily morning devotion with E.V. (and Cricket, too!). We’ve been doing a devotion for preschoolers during breakfast this week, and so far she loves it — mostly for the illustrations, but we’ll call it a win regardless! ;)

* TV-Free Week. More to come on this later, but per our annual tradition, this first week of the year is televisionless. God. Help. Me.

* Whole30 January. I love you, Whole30, and I hate you. Last year I spent a few months eating according to the Whole30 protocol and LOVED it, but I fell off around the holidays. I’m back on the wagon again, but, man, is it hard to get into that habit again!

There are a few other things on my 2015 To-Do List, so more to come on those goals as the year progresses. As for now, if I can just manage to get back into my non-holiday routine and work on these five goals, I’ll call it a win! Oh, and since Ryan came back tonight from his aforementioned stressful shoot, the house did manage to get cleaned…but just barely. ;)