It’s our little family’s tradition (along with most of the metro Atlanta area’s as well!) to visit Burt’s Pumpkin Patch in the North Georgia Mountains each October. Since it’s a full hour’s drive north of our house, we usually spend the day in the mountains, hopping from site to site and making the most of the travel time. With Ryan’s jam-packed work schedule this fall, however, we took one look at the October calendar and realized that going Burt’s this year wasn’t going to happen. I came to grips with the decision and began seeking out the best local pumpkin patches for Emma Vance to explore when a teeny, tiny window of time suddenly opened up in Ryan’s schedule this weekend. We decided to make the most of that window (Who needs sleep anyway? Not us!) and made an abbreviated trip to pick out our pumpkins yesterday. True, we skipped our annual apple cider donut stop at the nearby Hillcrest Orchards, but I had to remind myself that Burt’s really is the main event–and my growing baby belly can certainly do without fried stuff and sugar! :)

The day started out freezing and foggy in Alpharetta, meaning we had to stop for bagels and Starbucks (pumpkin spice lattes, of course). However, as we drove out of the morning and into the mountains, the sun burned off the grayness and replaced it with bright blue skies. By the time we got to Burt’s, I severely regretted leaving my sunglasses at home (and E.V.’s too!), but we were all in high spirits–especially Emma Vance. Last year she was just an immobile little baby who had difficulty sitting up on her own, but this year she was all over the place. (At school they refer to her as “a runner” and “The Escape Artist,” for obvious reasons.) We spent the morning chasing her around, apologizing as she tried to socialize with everyone (including a sweet old man whose leg she happily attached herself to on more than one occasion and a generous little girl whose popcorn was intriguing to our curious little baby) and laughing at her antics. She was fascinated with the pumpkins (especially the stems), although she repeatedly referred to them as “apples” (which, although wrong, is a very high compliment in her world since they’re her latest obsession). Ryan drove her around in a wheelbarrow as we each picked out our own pumpkin, including a tiny one for Emma Vance. (Hers will be getting a good coat of paint this week!) The three of use left covered in mud, exhausted, hungry…and most of all happy. :) The tradition lives on!

(Oh how we’ve changed in just a year’s time. Now we’re a family of THREE AND A HALF!) 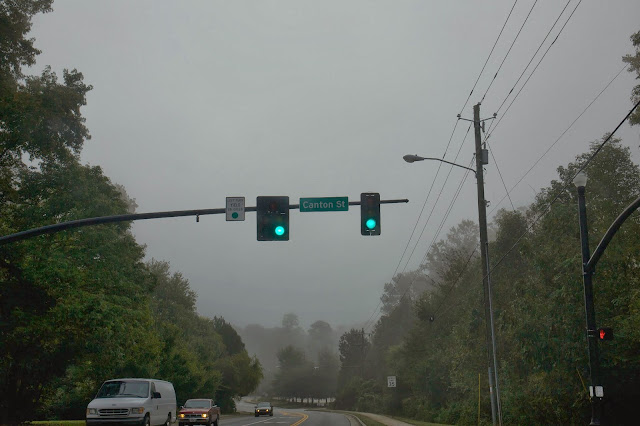 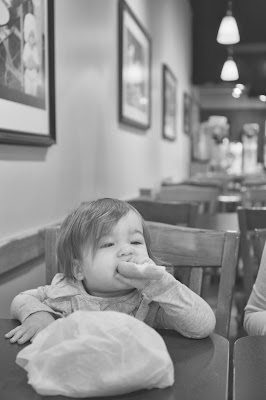 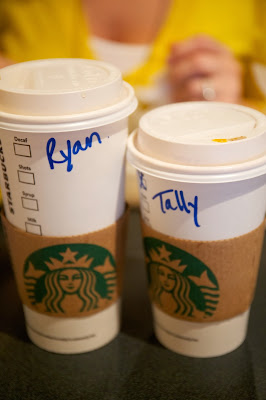 …turned into a blue sky afternoon! Burt’s was packed–with pumpkins and people! 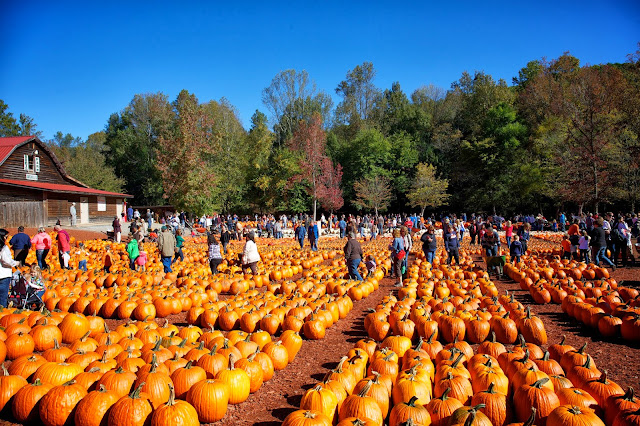 But the crowds didn’t stop us from having a fun time–or stop Emma Vance from walking around like she owned the place. :) 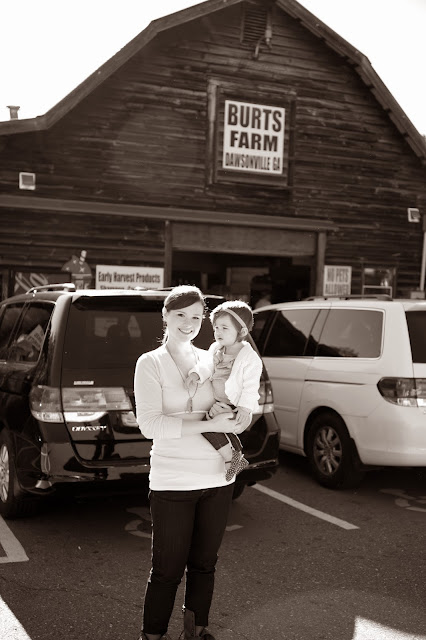 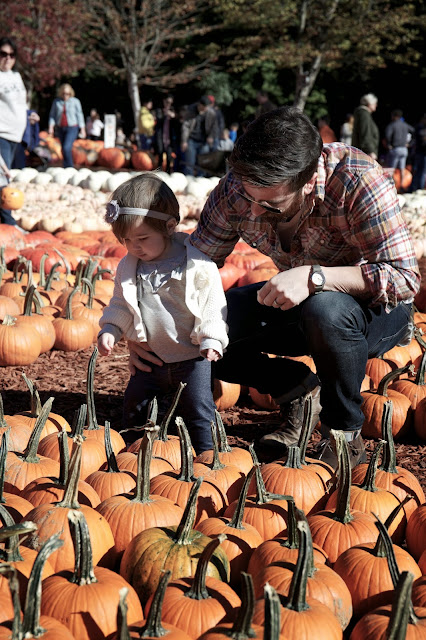 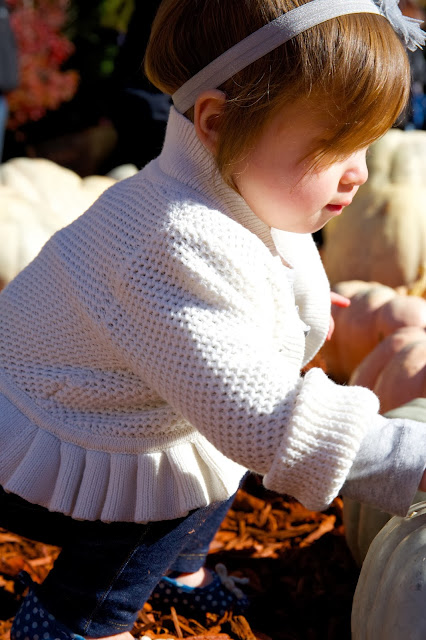 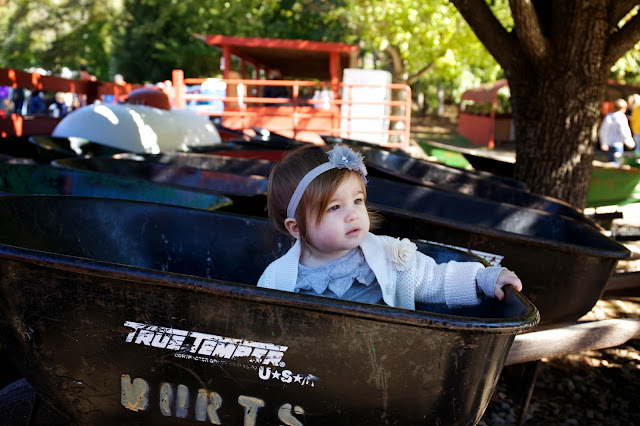 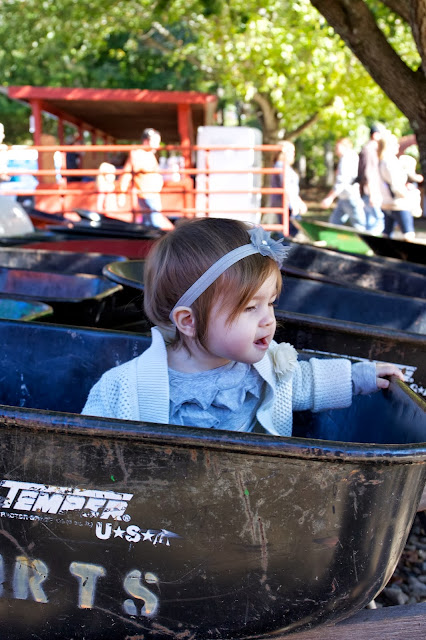 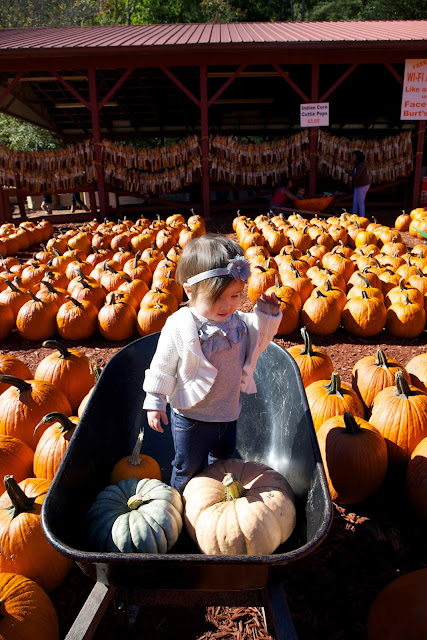 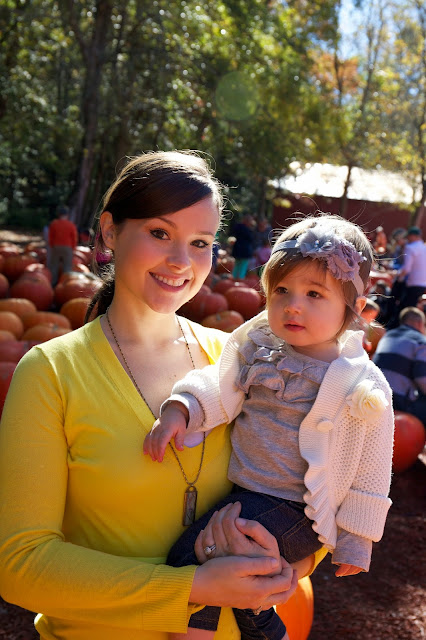 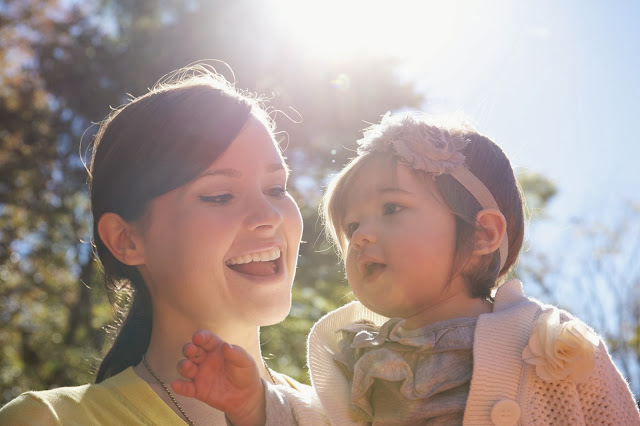 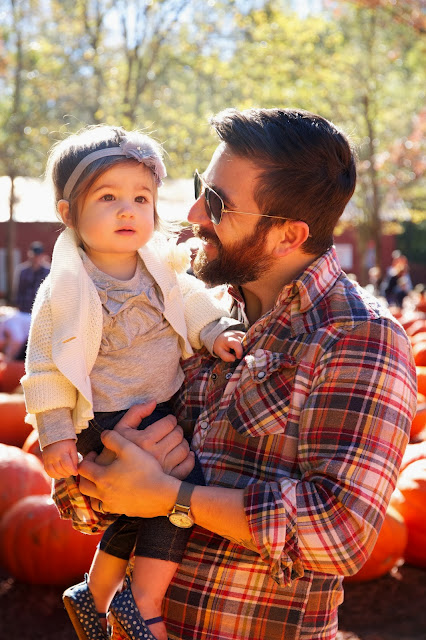 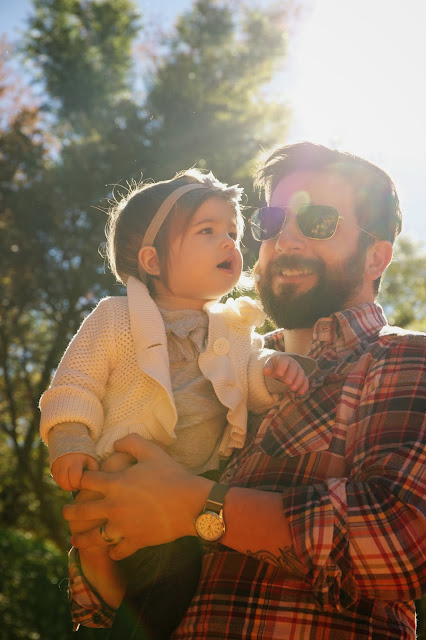 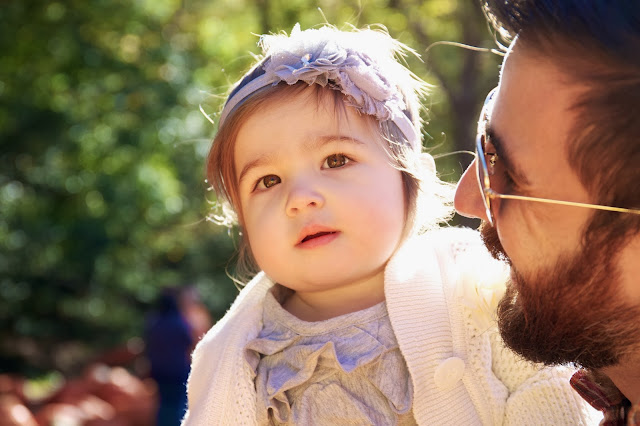