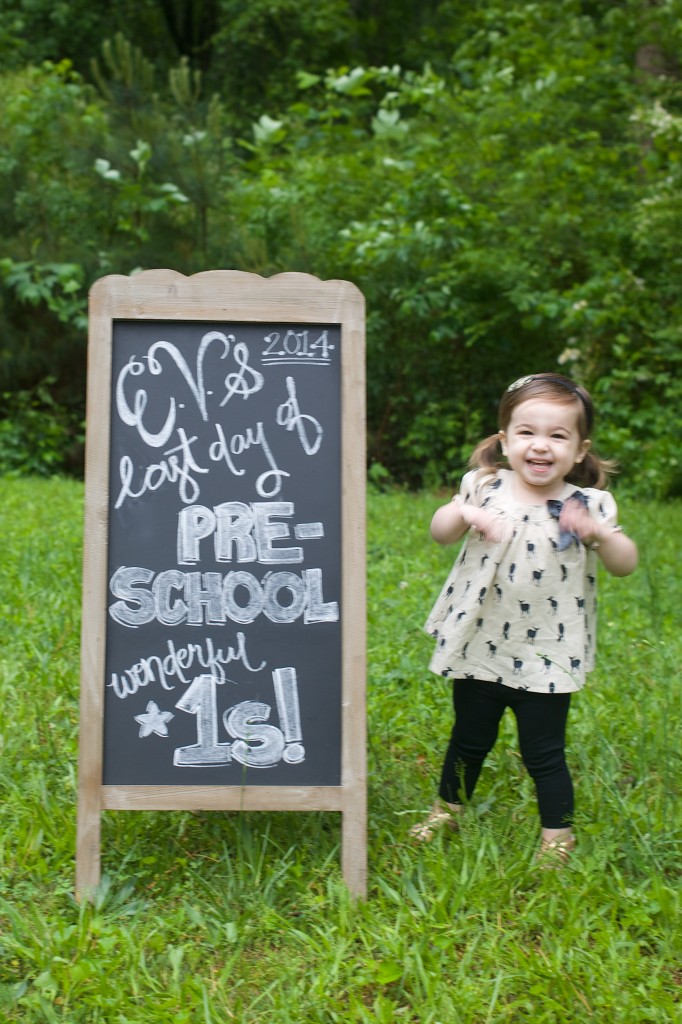 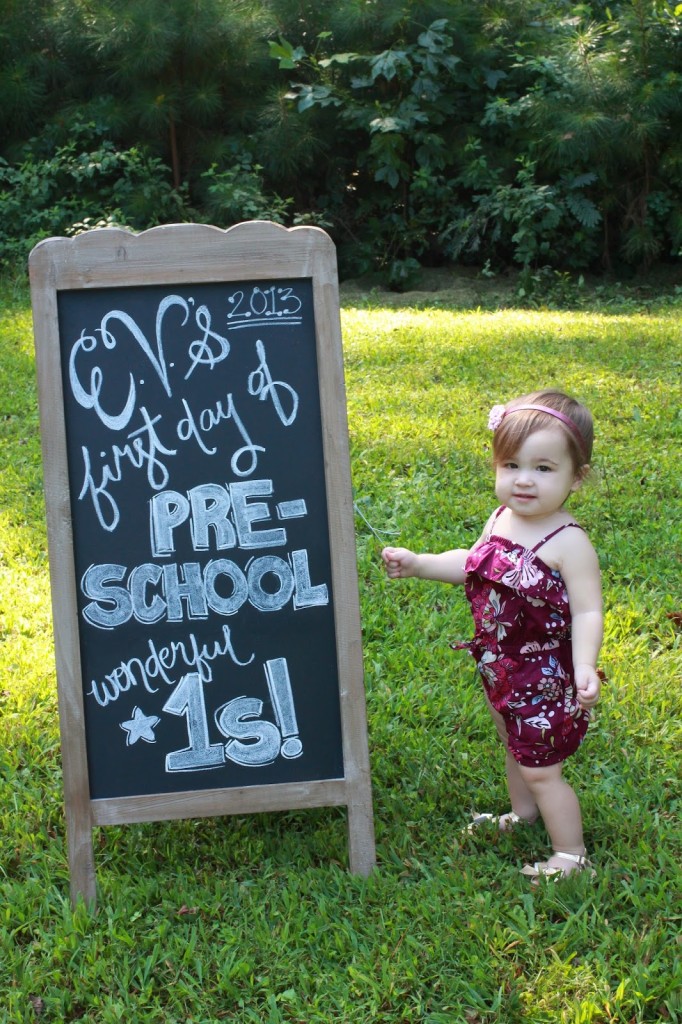 Today was Emma Vance’s last day of preschool for the year. I can remember so clearly walking in to sign her up for class last summer. Everything felt unfamiliar, and I felt a bit hesitant. Most of my friends were waiting until their children were two to send them to school, and, in fact, this was the only 1s class I’d ever heard of before. But a sweet friend of mine with her THIRD child in this year’s class encouraged me to join, and despite the uneasiness I felt about the idea of leaving E.V. for even just one day a week, I pushed down those feelings and signed on the dotted line. It’s been almost a year since that first day of school, where I walked with a 14-month old on my hip down those now-familiar halls for the first time.Life was different then, back when this whole “school” thing was new. When pigtails were just a dream. When Cricket was still a secret. When the idea of handing over my baby to someone else was scary. When I still considered her a “baby.” When full sentences were a rarity. When walking was still a bit challenging. When I wondered if she’d even like going to school. When I worried if she’d make friends easily.  When I feared separation anxiety–for the both of us. When we had only an inkling that she loved art. When we had no idea she loved the swing enough to bring her to tears. When we never imagined how much sand we’d be cleaning out of our car…and her shoes…and her hair. When I was clueless to exactly how many germs little kids actually do pass along to one another. When I had no idea what an “Injury Report” was (thankyouverymuch playground). When we had never experienced a public tantrum–or any tantrum for that matter. When I thought school clothes would come home clean, not covered in paint…and crumbs…and dirt…and everything else my toddler touched that day.  When the inclination to wander hadn’t yet earned her the nickname “The Runner.” When she was so much visibly and tangibly younger, so much less of a kid.Looking back, it’s been a wild year full of growth, but how wonderful the 1s truly turned out to be!

Remember how I lamented that getting a 14-month old to stand still for a picture was soooo hard? 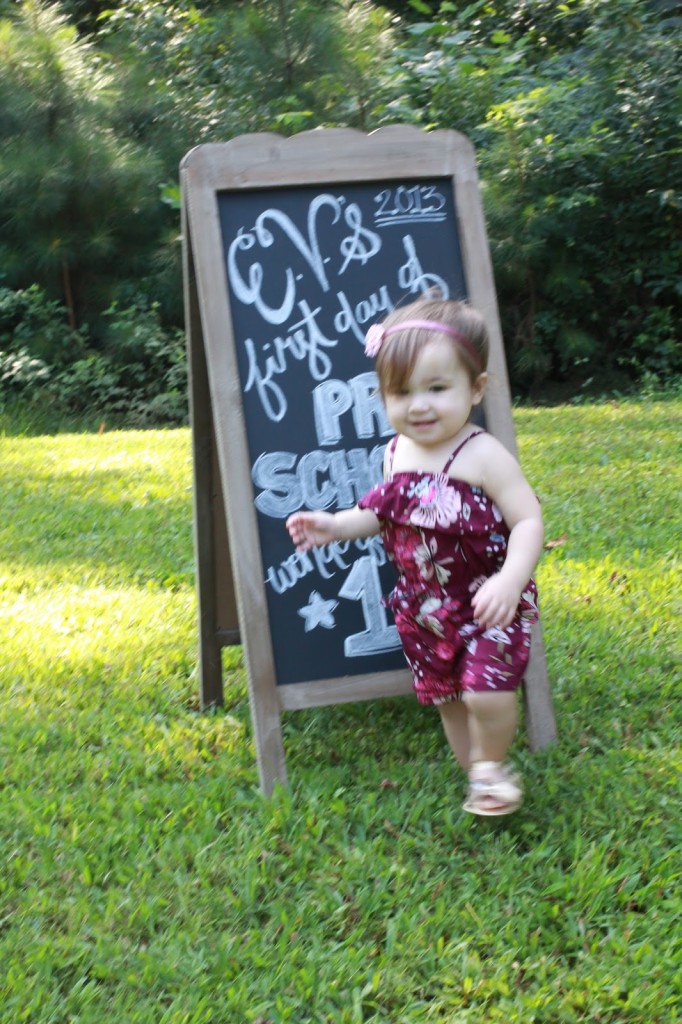 Well, not much has changed there!:) 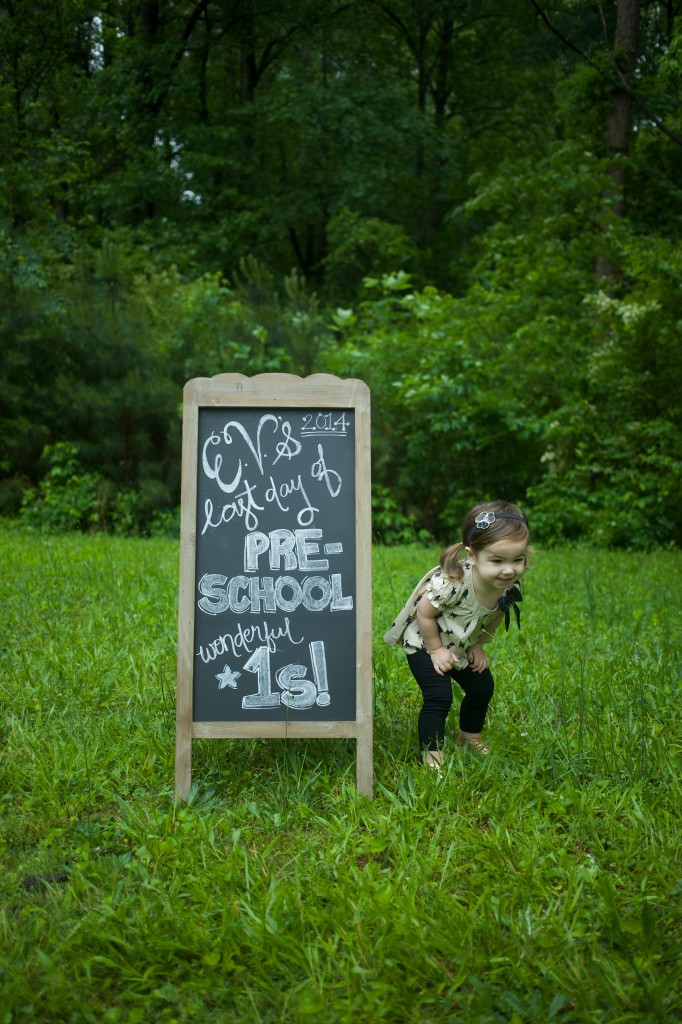 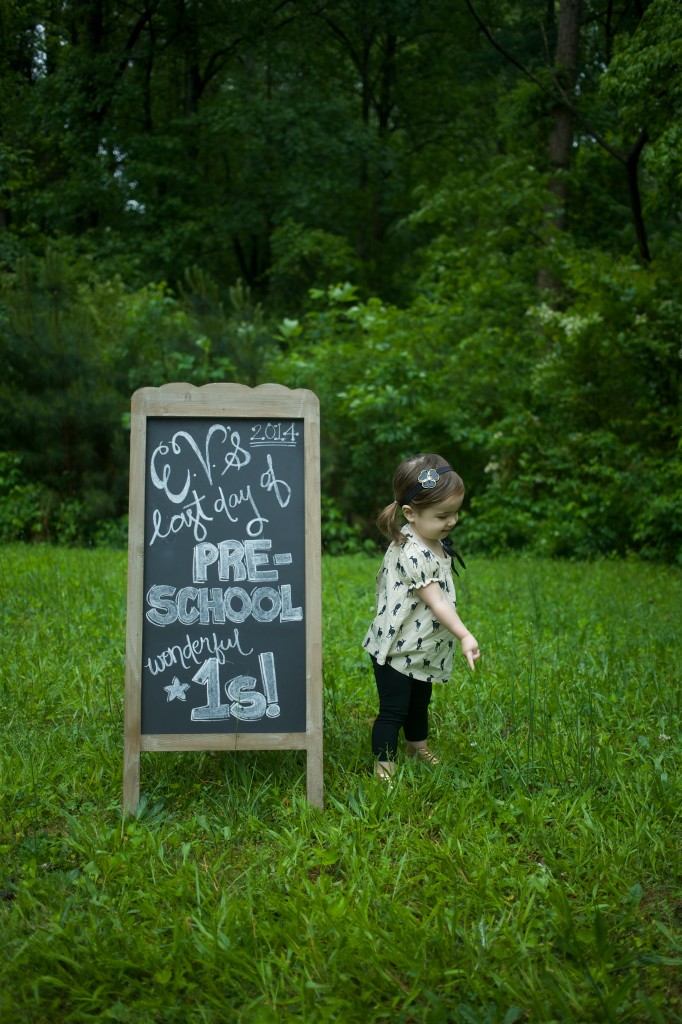 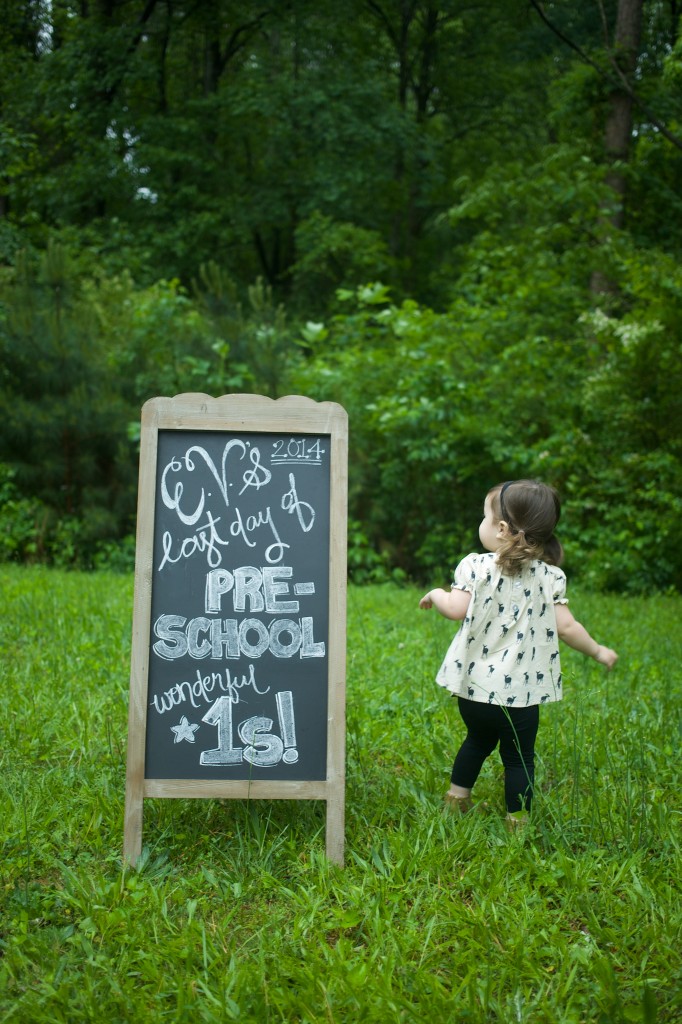 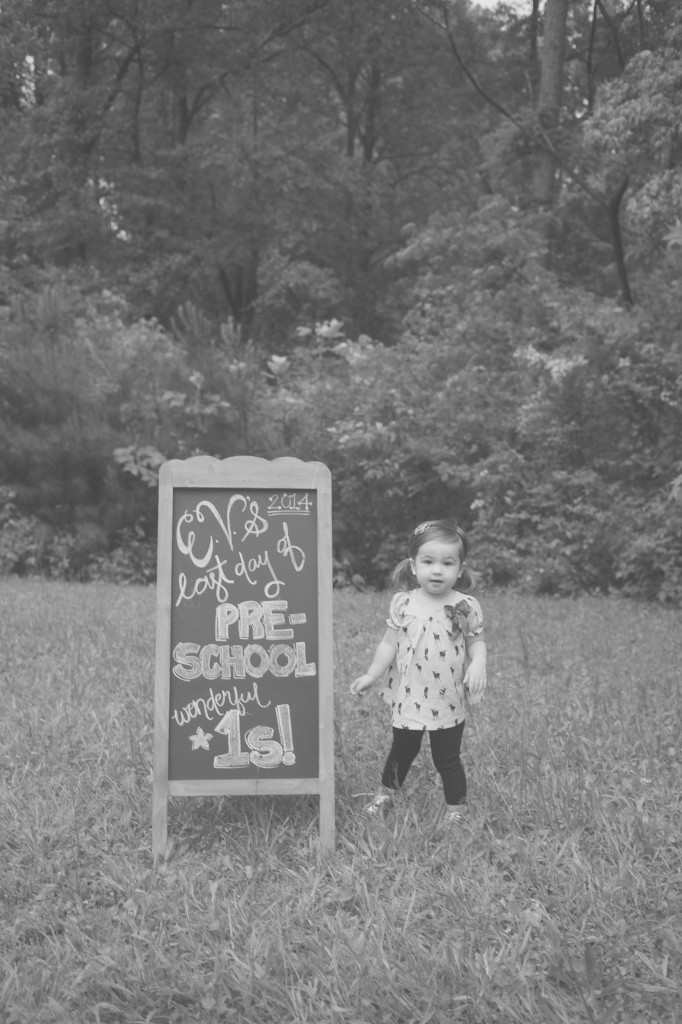 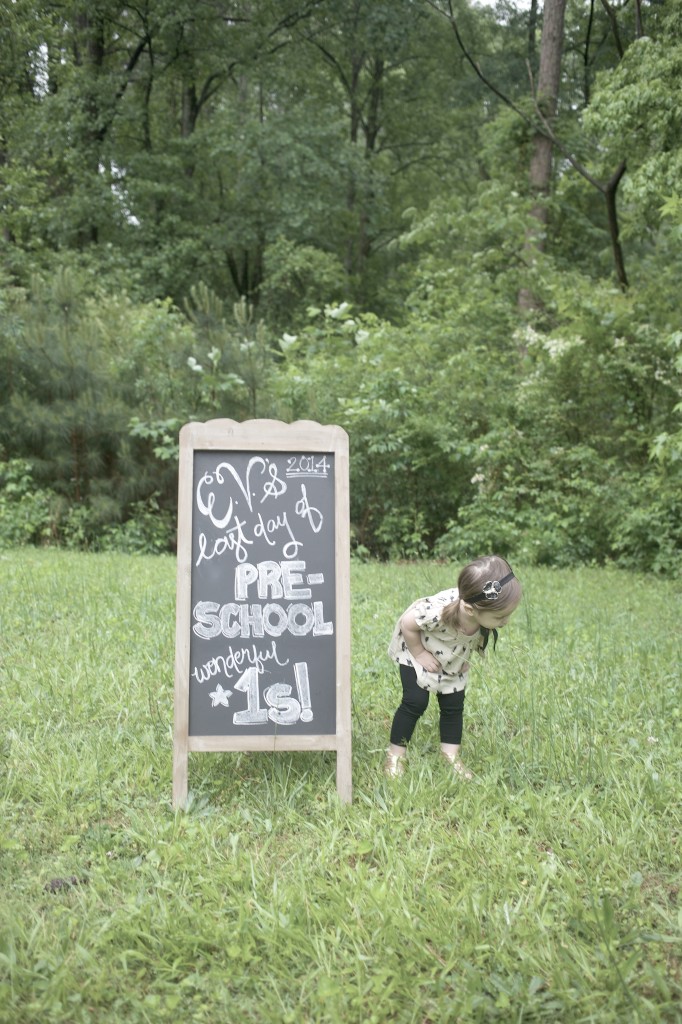 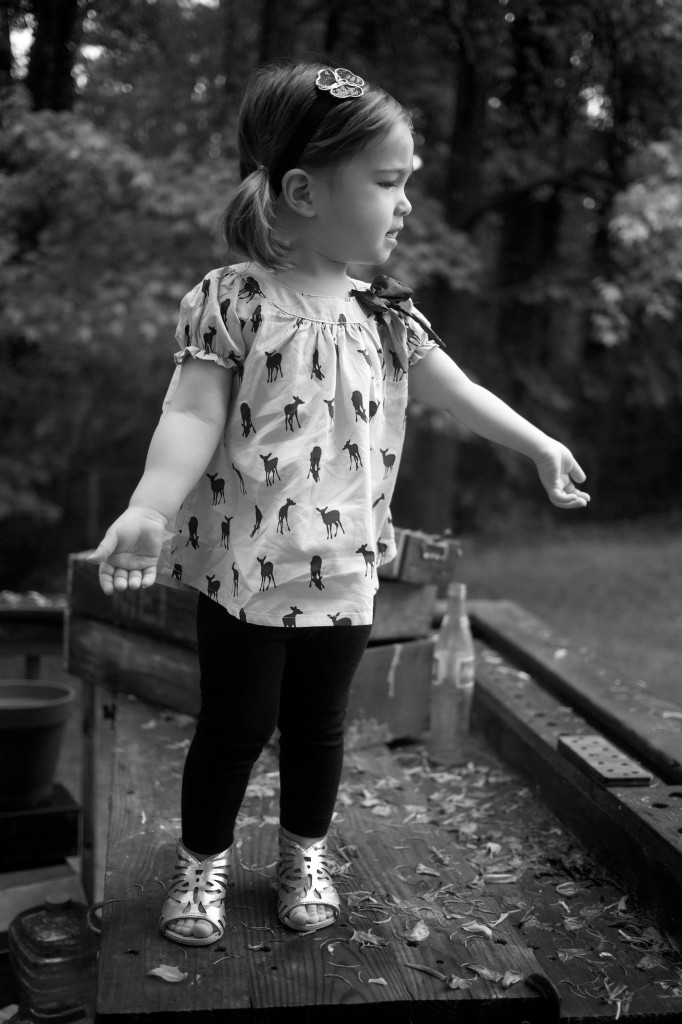 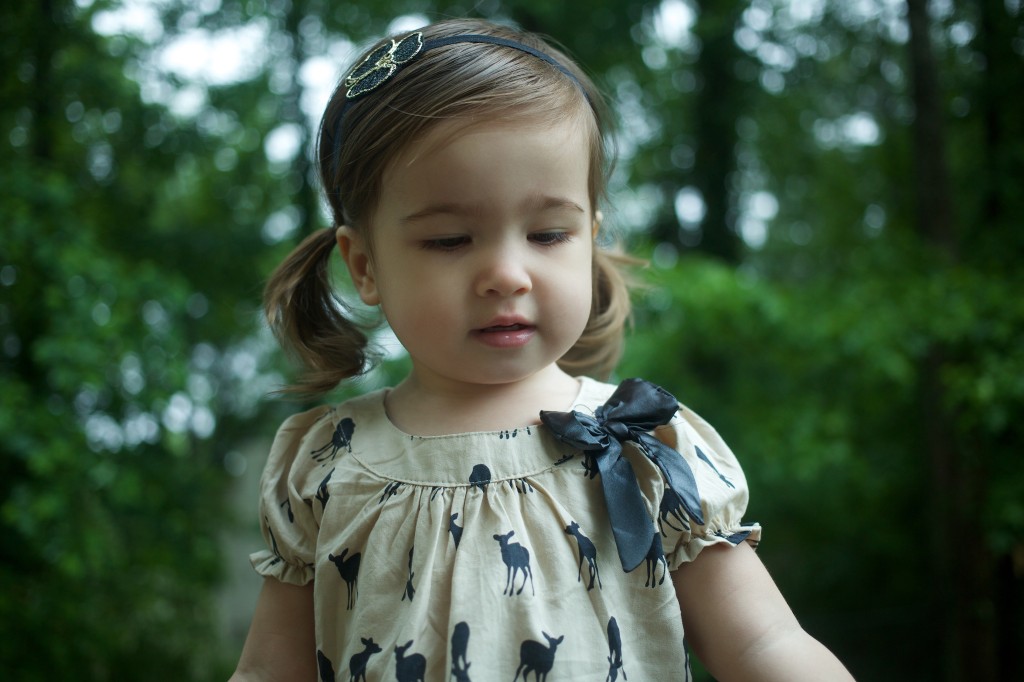 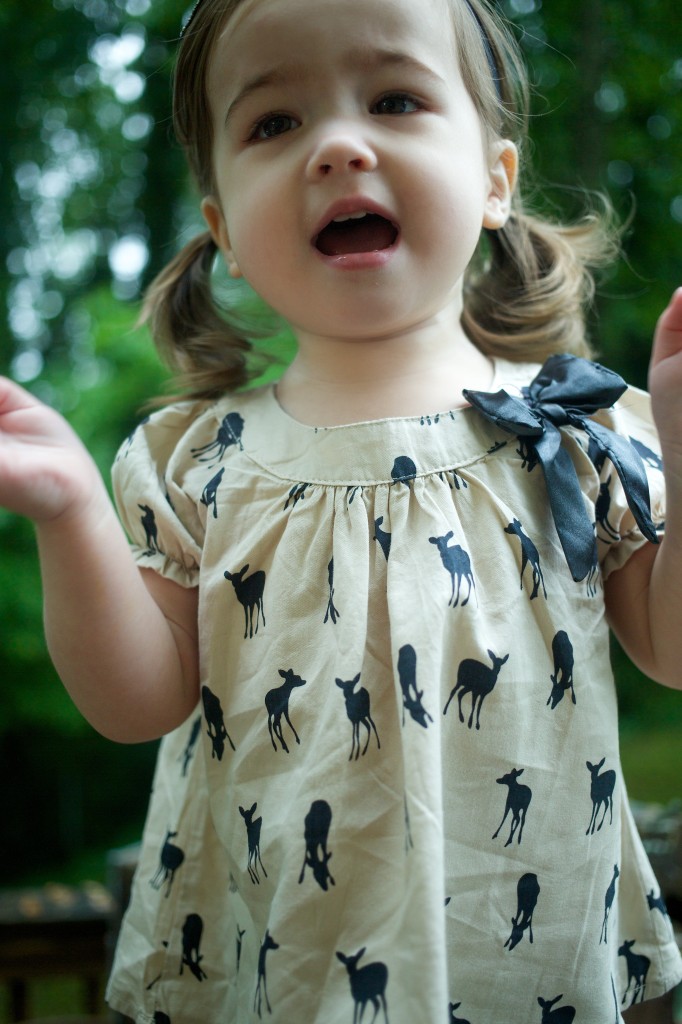 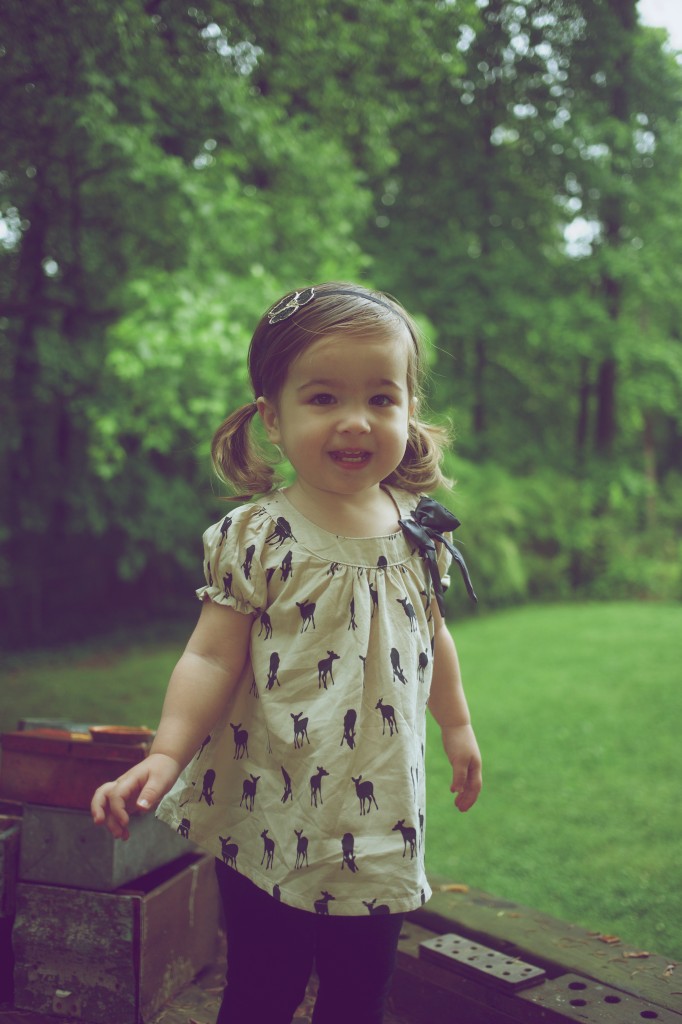 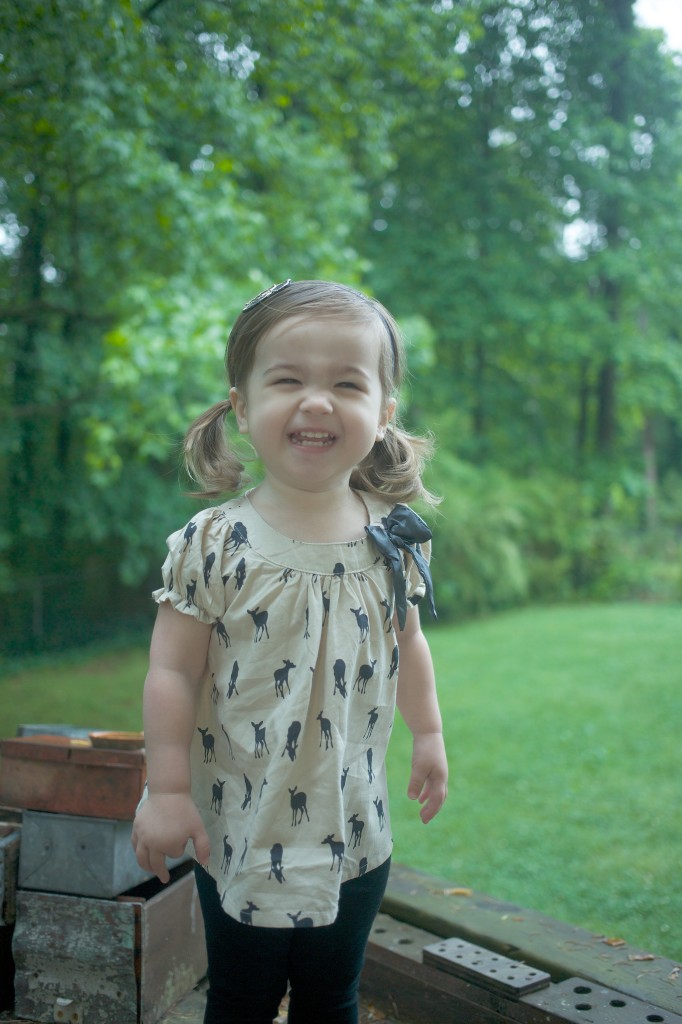 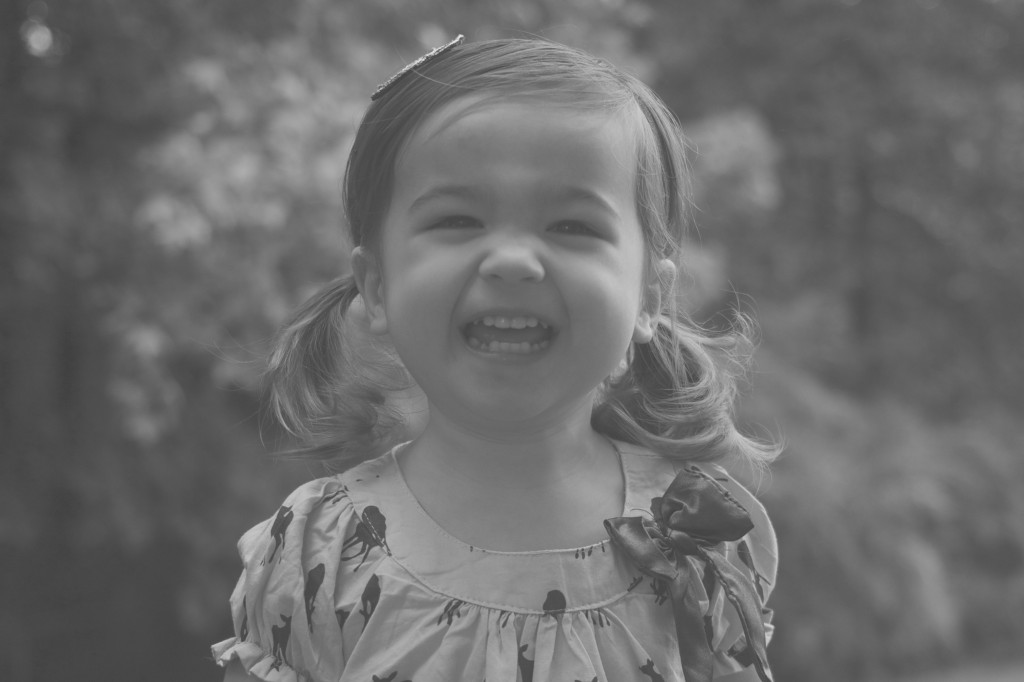