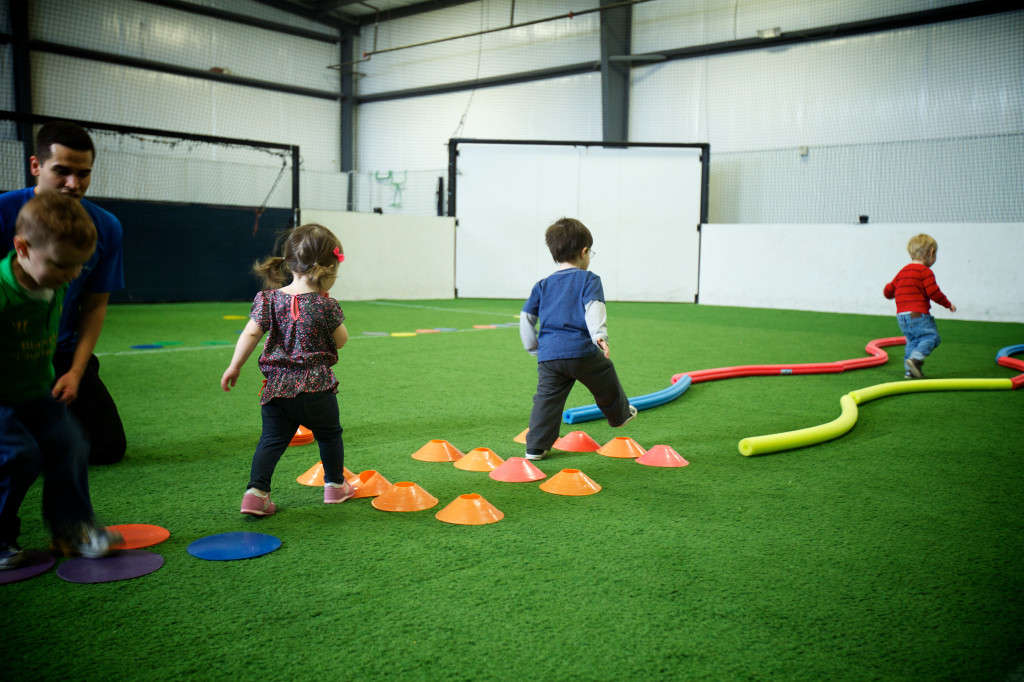 Well, E.V. is snoring away in the next room after a fun-filled weekend. Between playing with babysitters while Mommy and Daddy enjoyed grown-up company, running around outside dressed up as Tinker Bell, and patiently sitting through a 2+ hour bat mitzvah service (for which she was rewarded with a cupcake and attention from a dozen little Russian kids afterwards), she has been one happy toddler over the past few days. Perhaps her favorite activity this weekend, though, was going to her first sports-themed birthday party–and playing soccer for the first time!

Ryan and I have kicked around the ball (and thrown it and rolled it) with Emma Vance, but truthfully we’ve been much better at fostering her love for the arts than we have sports. I was never a great athlete as a kid, although soccer was the one sport that peaked my interest enough to actually join a team when I was in middle and high school. (I’ll save you the gory details and have an honest moment by admitting up front that I sucked at it. Royally. But I liked it, so I continued to play for several years.) I’m not into dancing or cheerleading or gymnastics or softball — all the usual “girl” sports — and so soccer is by far the obvious choice once we hit the need-to-get-out-energy-via-some-physical-activity phase with her. I have a lot of friends who have already signed their young ones for toddler sports teams, but after this weekend, I think it’s safe to say that we’ve got a while until she’s ready. :)

Emma Vance’s little friend hosted his birthday at a local soccer center where a coach spent an hour or so teaching them all sorts of skills like kicking, running, drills and obstacles. (It was fabulous party activity, BTW!) When we received the invitation, my first thought was, “What is E.V. supposed to wear to an event like this?!?” Ha! But it was a real concern! I had visions of E.V. showing up in her usual tutu party dress and sparkly shoes while all the other kids did trick kicks in miniature Umbros and Sambas, but it turns out all that she needed was some comfy clothes to run around in. (And, yes, I was a little disappointed that we didn’t have to buy any cute workout clothes for the party, but soon enough, soon enough… :) ) Donned in jeans and sneakers,E.V. was the youngest tot there  (I think), which is my justification for why she wasn’t great at following directions. Oops. E.V. absolutely LOVED running around like a wild woman with the other kids and exploring all the equipment, but let’s just say I’m not calling up Mia Hamm any time soon. ;) Thankfully Ryan was there to wrangle her since my baby belly was weighing me down, helping her to try and do what the coach wanted her to do. (Although the dads did somehow end up in their own makeshift game of soccer at one point. Go figure!) The highlight of her sad attempt at following directions? Stacking orange cones neatly (my side of her personality) instead of tipping them upright with her feet. Hey, I have my little Cinderella trained well! She certainly knows when a mess needs cleaning. Ha! Give us a couple years, soccer teams of the Greater Atlanta Area; we’ll get there… ;) 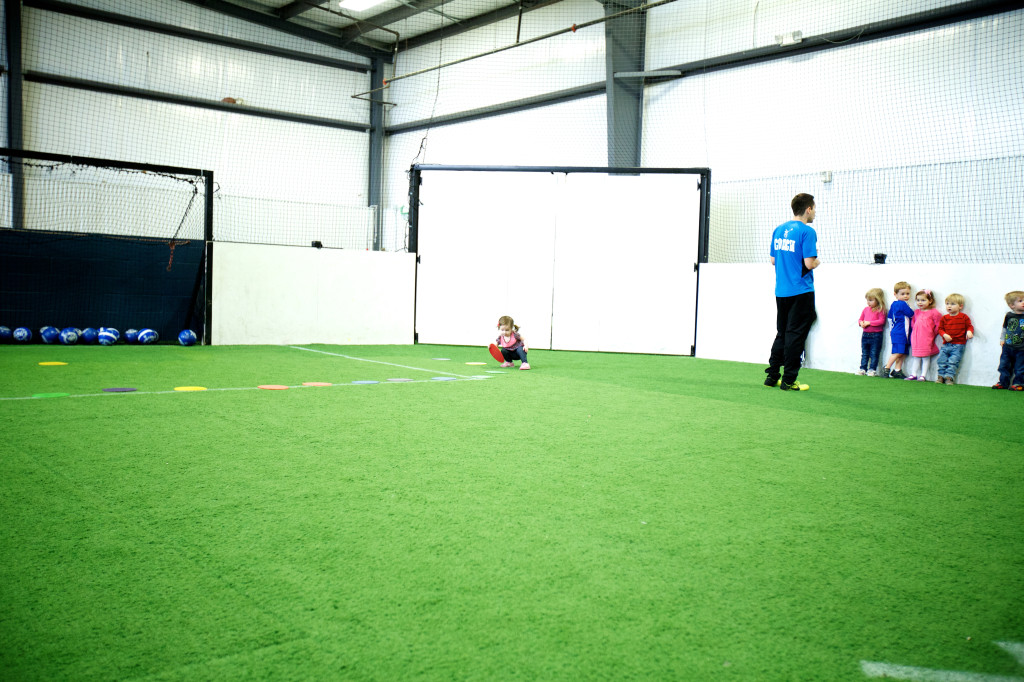 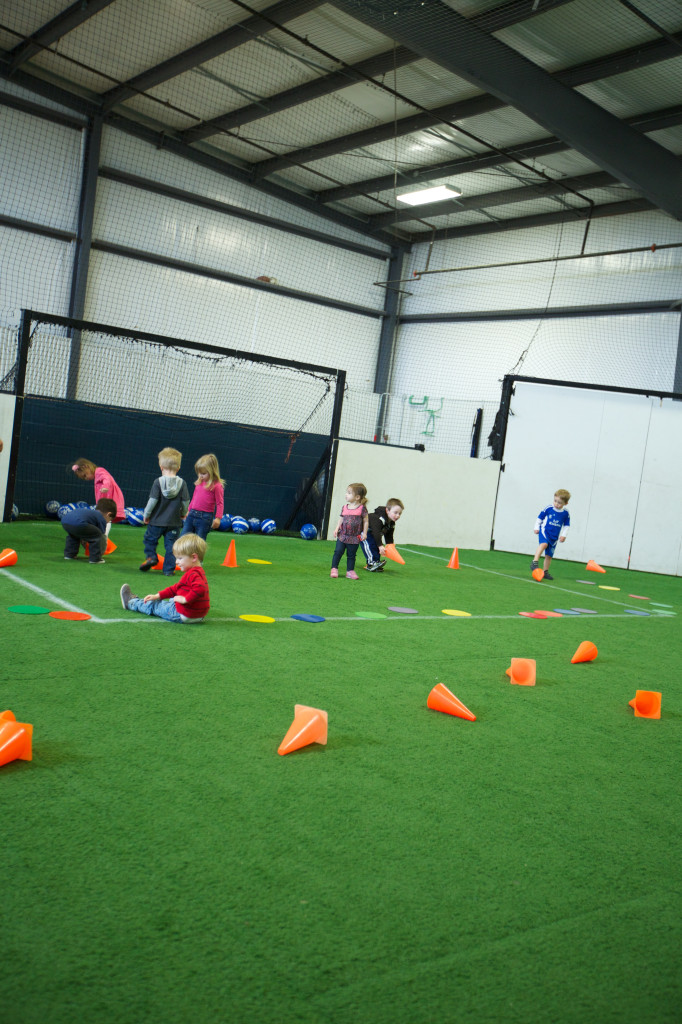 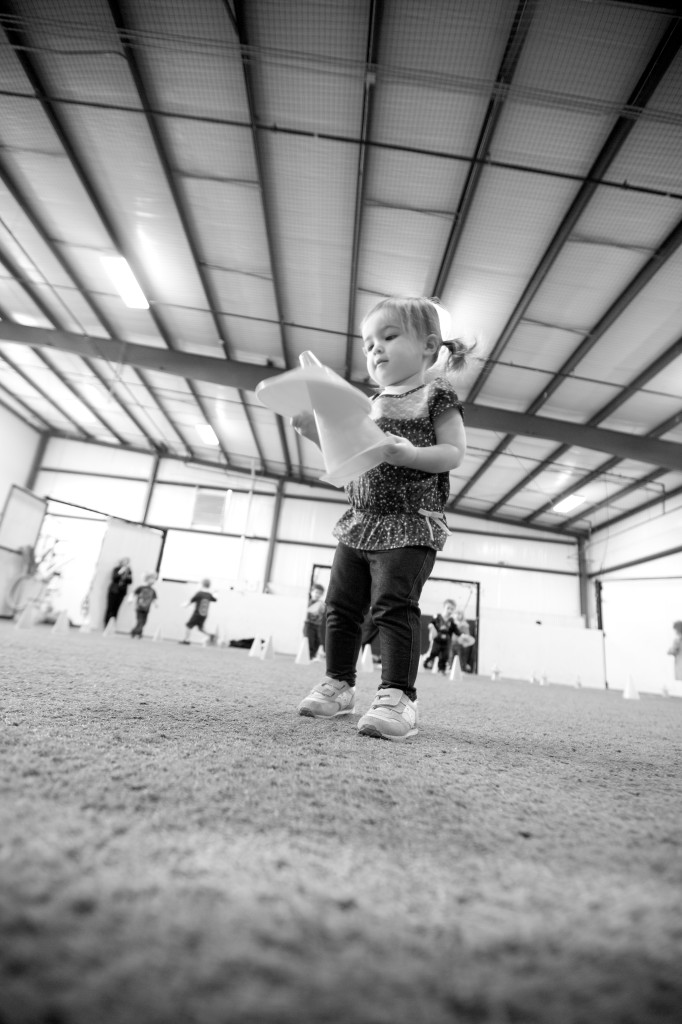 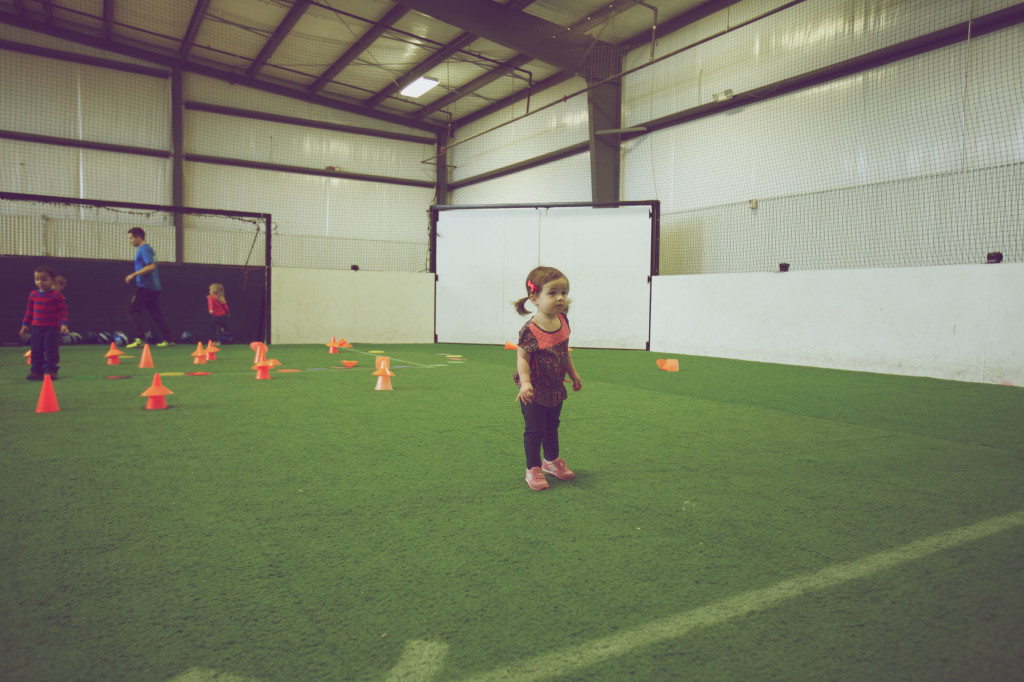 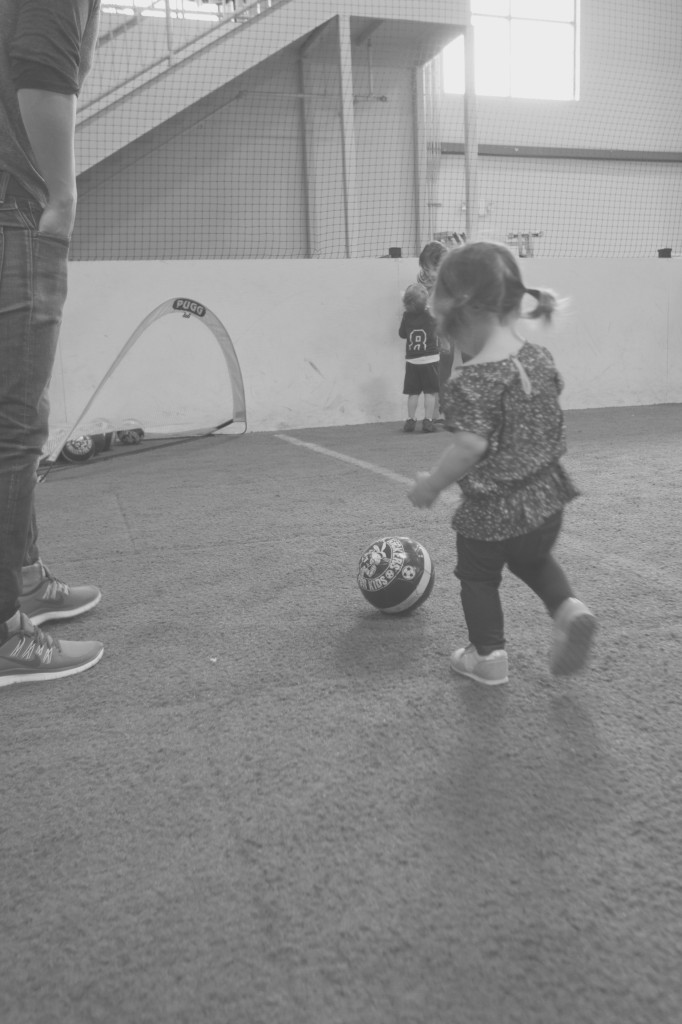 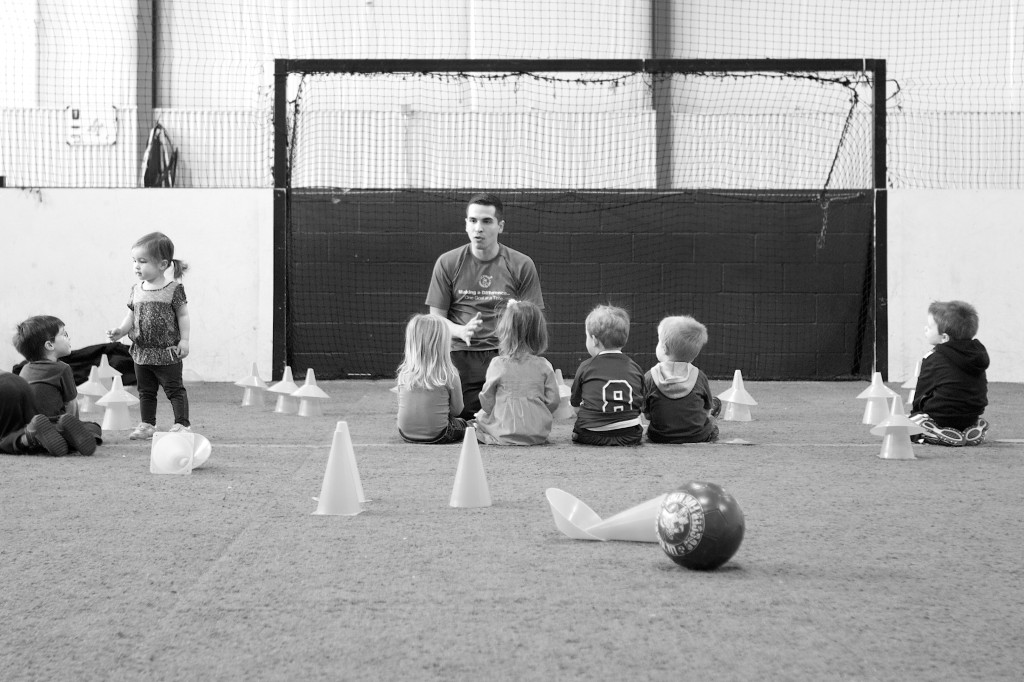 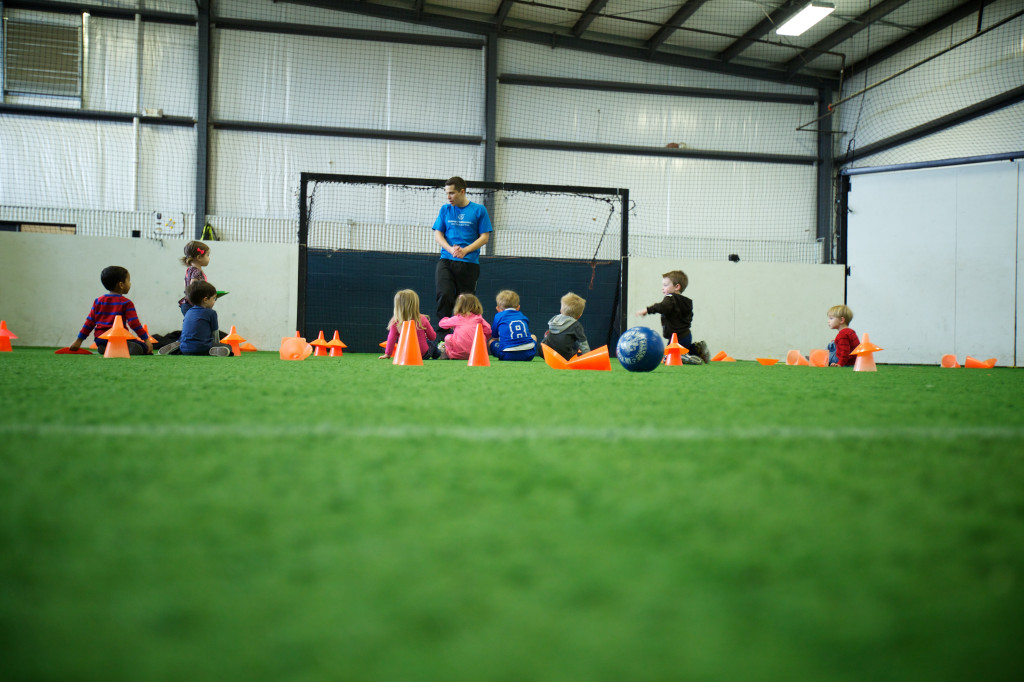 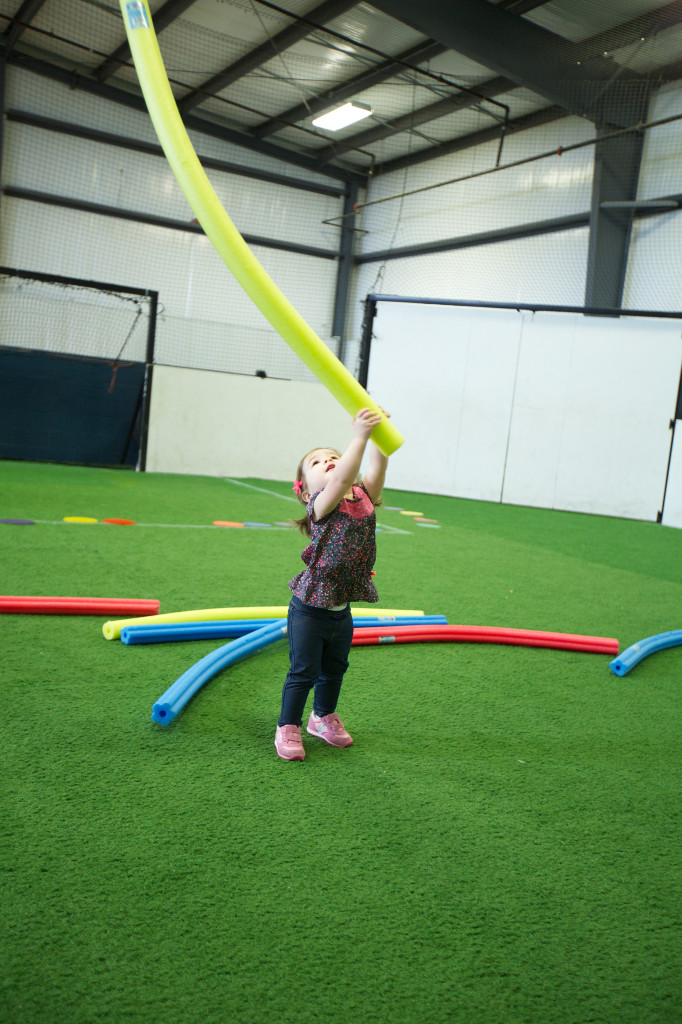 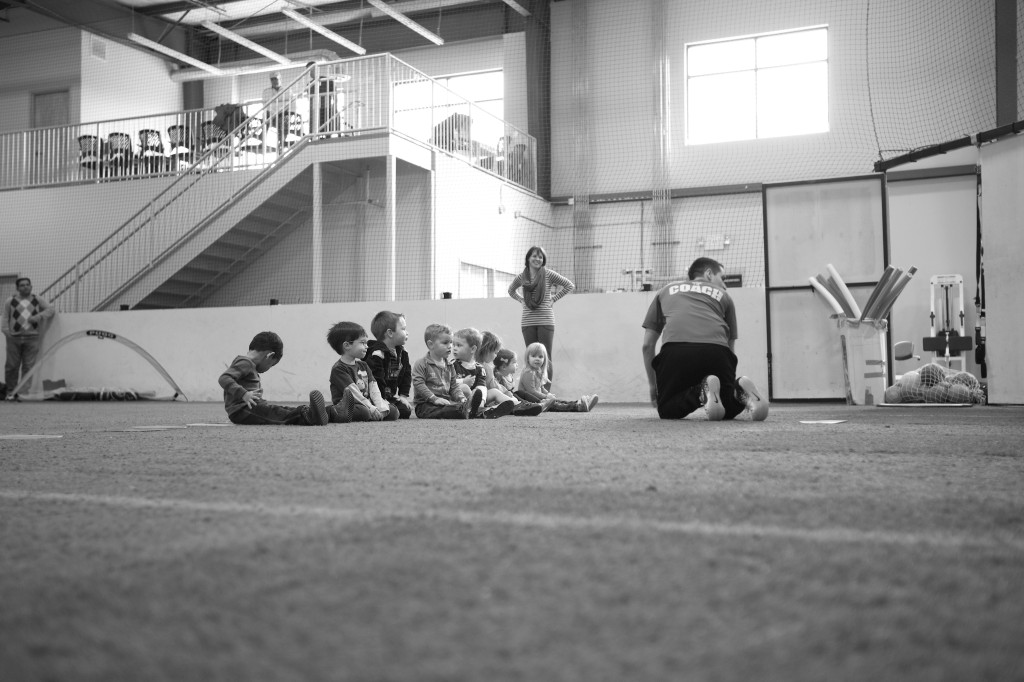 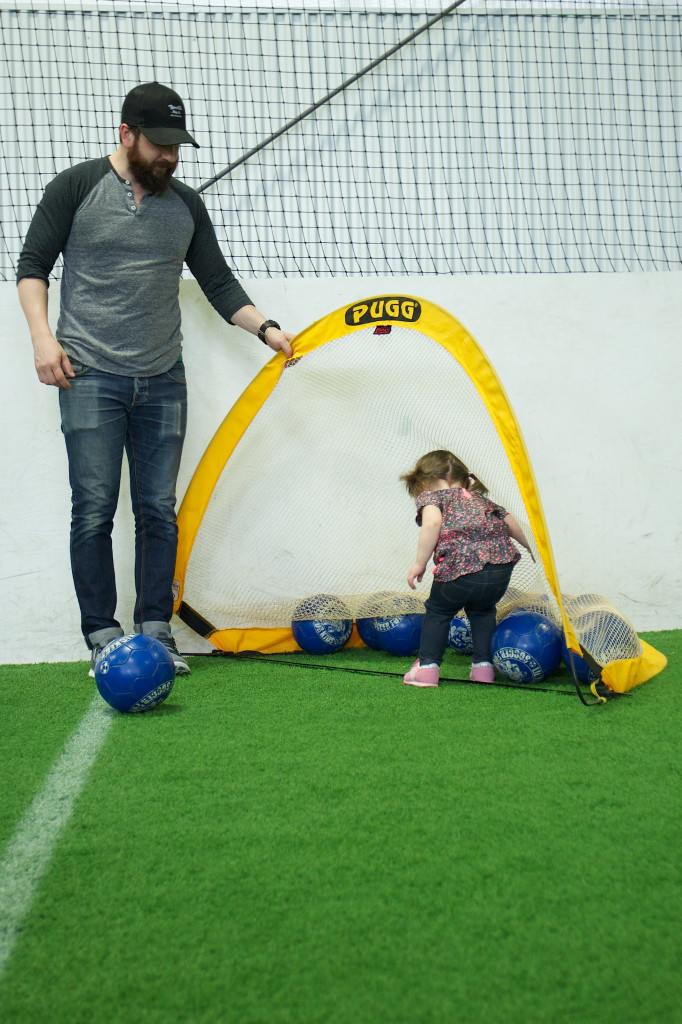 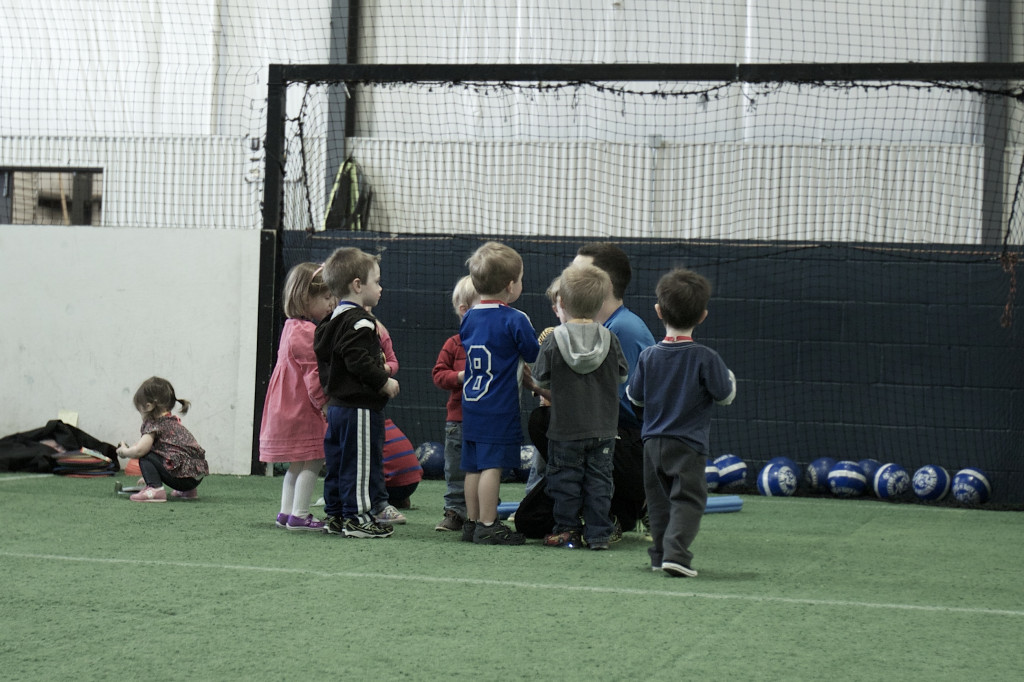 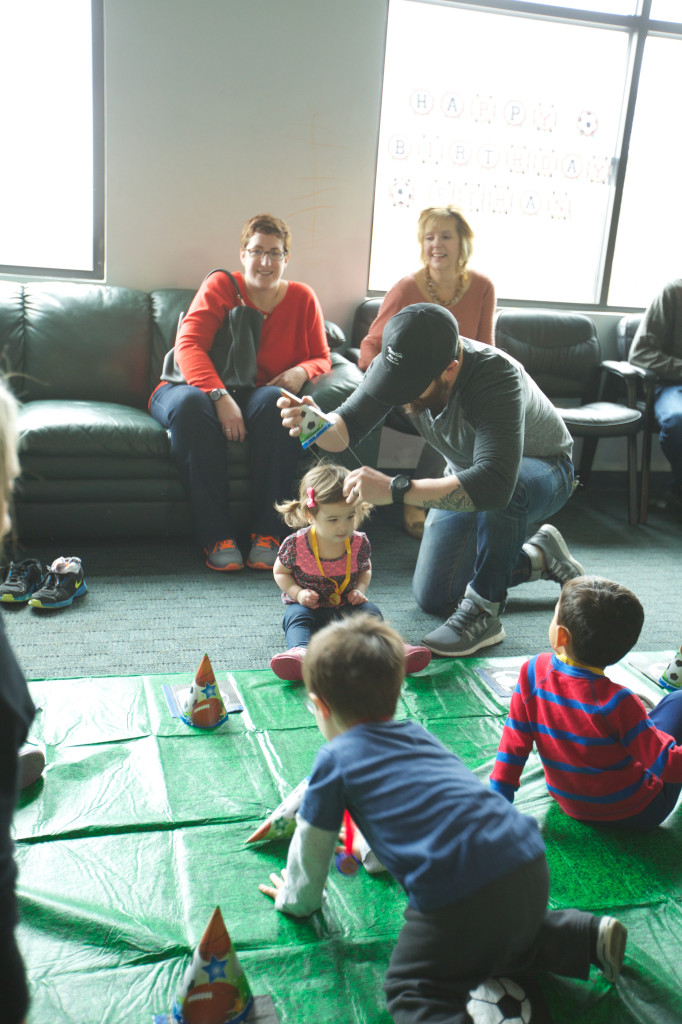 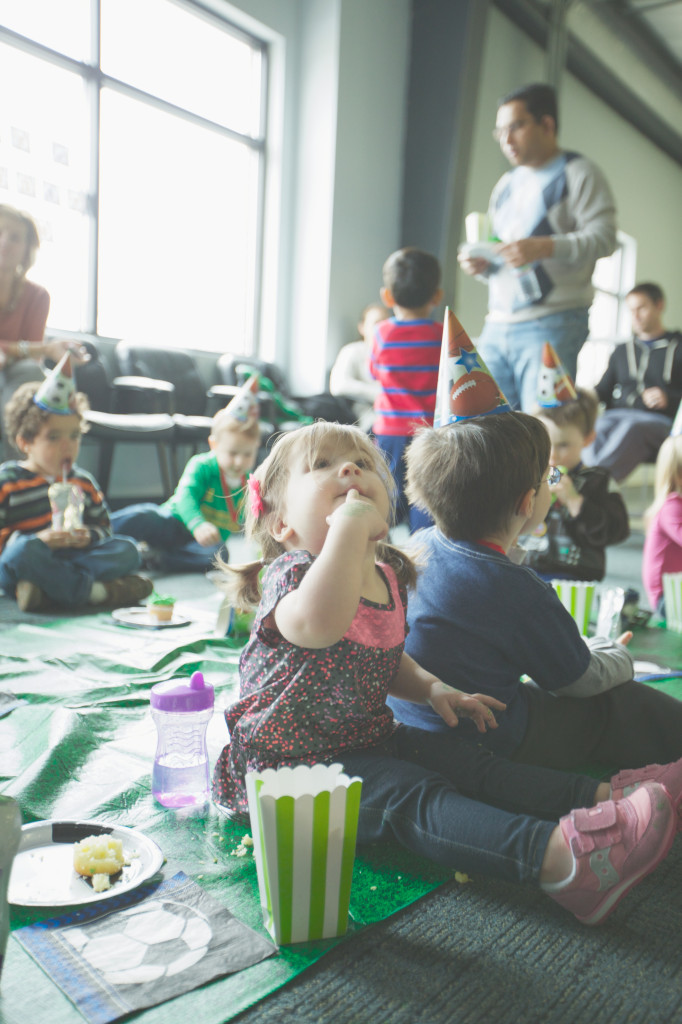 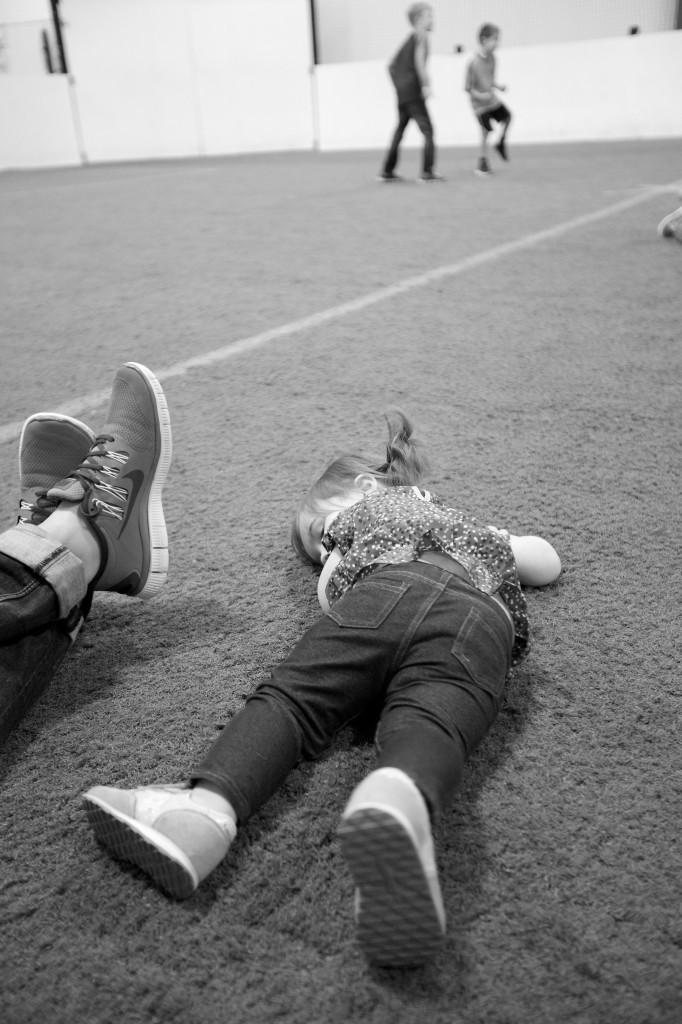 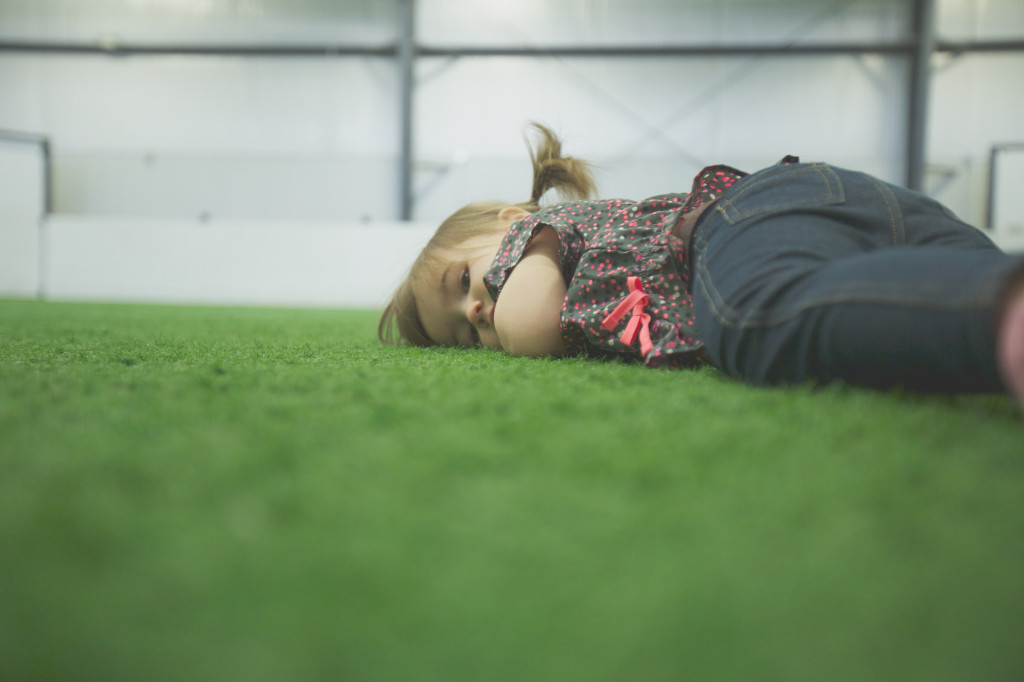 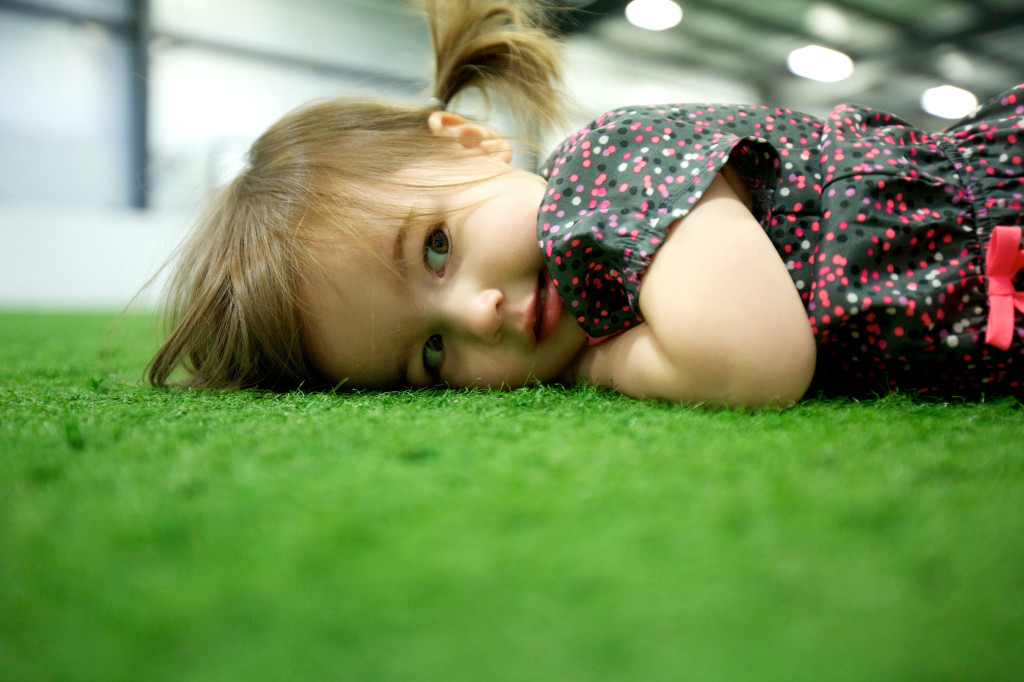