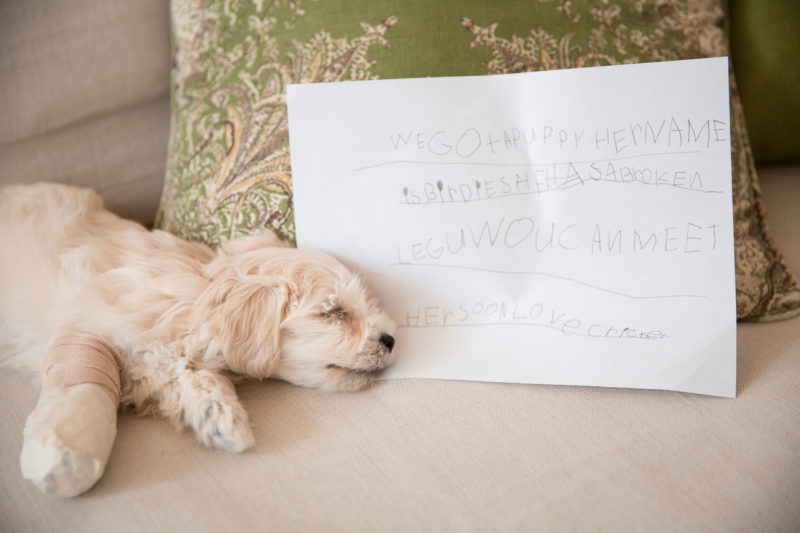 …and brought with it Birdie, a sweet little puppy who made E.V. and Cricket’s dreams come true!

To back up for a minute, when we lost Oscar in May, it was sudden and we were a bit shell-shocked. We knew we didn’t want to get a new dog right away; everything was still so fresh and new and painful.

Then, just a few days after Oscar passed, the girls started asking for a puppy. Gah. I suppose I’m thankful for the resiliency of children, but Ryan and I were far from ready.

And so we’ve spent the last six months saying ‘no’ over and over and over, answering the ‘why’ and ‘well, then when’ question as best we could. Then Christmas began to loom in the distance — and E.V. causally said to me one day, “Don’t worry about getting me a dog, mom. I’m just going to ask Santa.”

So the idea began forming in my mind: A CHRISTMAS PUPPY! I had visions of my pajama-clad girls running down the stairs on Christmas morning to see a giant present, you know the one — the red box with a big white bow and little barks coming from inside. I imagined the looks on their faces, the grins, the squeals, the laughter. I was sold.

I began researching, scouring the internet and asking around. And then one day I saw the cutest little white fluff ball online — and my search was done. The only problem? The litter was ready to go home at the beginning of November.

So I did what moms do: Make the magic happen.

Ryan and I enjoyed our Halloween to the fullest, then spent the next day tearing down pumpkins and bats and flipping the house to Christmas during school hours. We finished up while the girls spent the night at their Nanny’s, and then brought our puppy, Birdie, home in the morning.

Everything was set! When I picked up the girls from their slumber party, they thought we were going to take family pictures back at the house but were met with a SURPRISE instead!

Needless to say, the girls are over the moon. They haven’t let the poor thing go more than arms’ length from them all day. All Birdie wants to do is take a nap, and, man, I feel ya’, girlfriend! It was a loooong 24 hours, haha, but it was worth every effort to have our Christmas morning moment, even if it came earlier than usual this year.

Hello, Birdie! (And sorry in advance for the major influx of puppy pics that will inevitably happen in the coming days…and also sorry not sorry!) 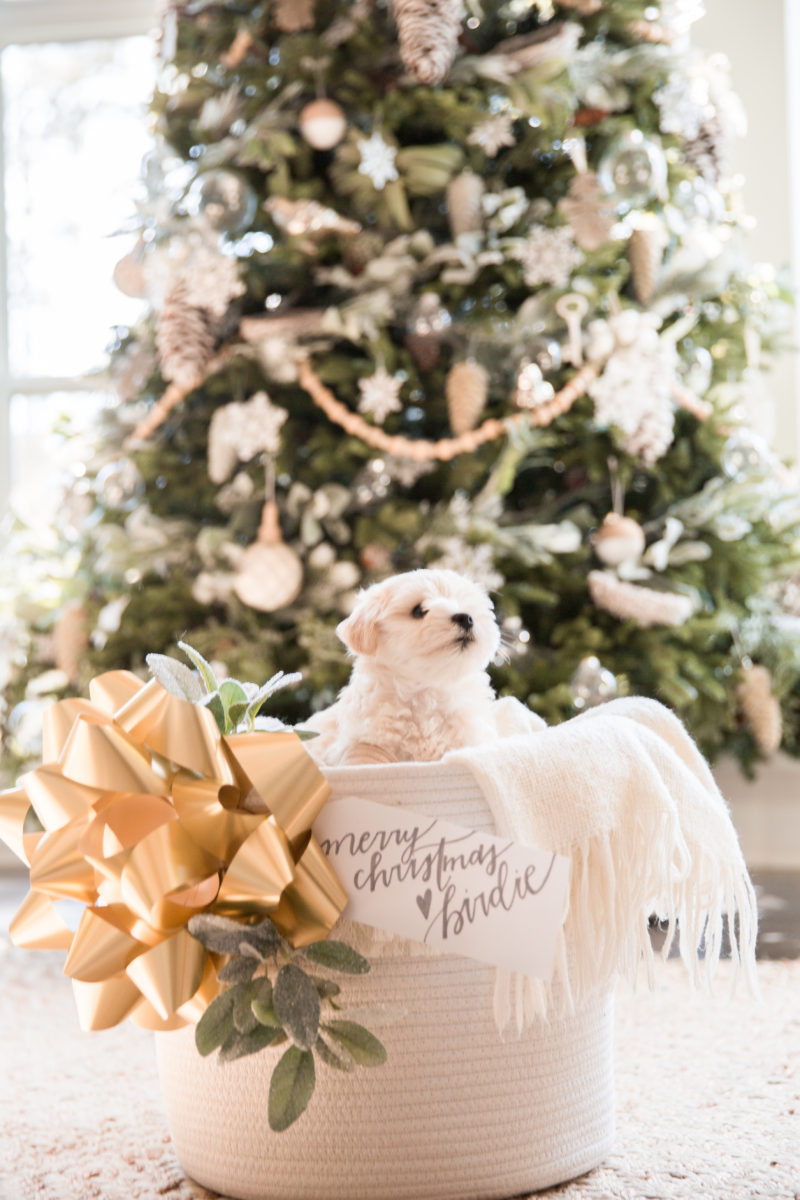 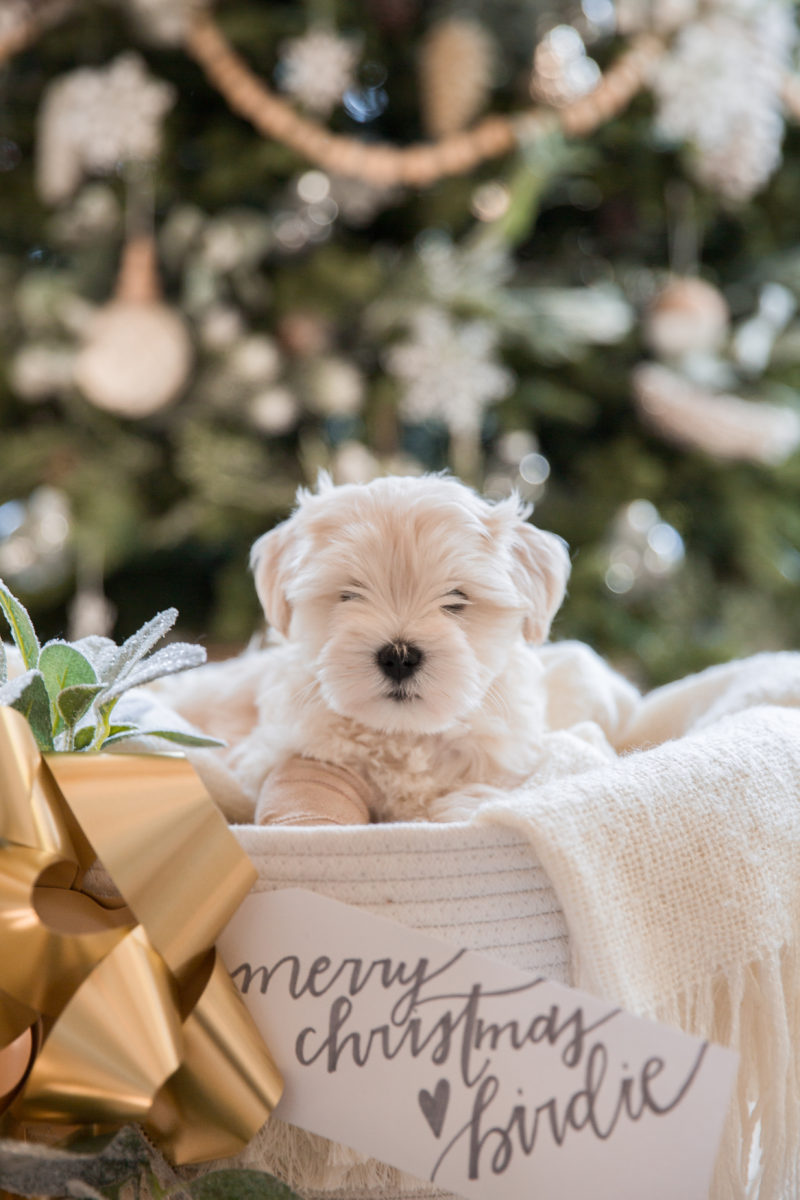 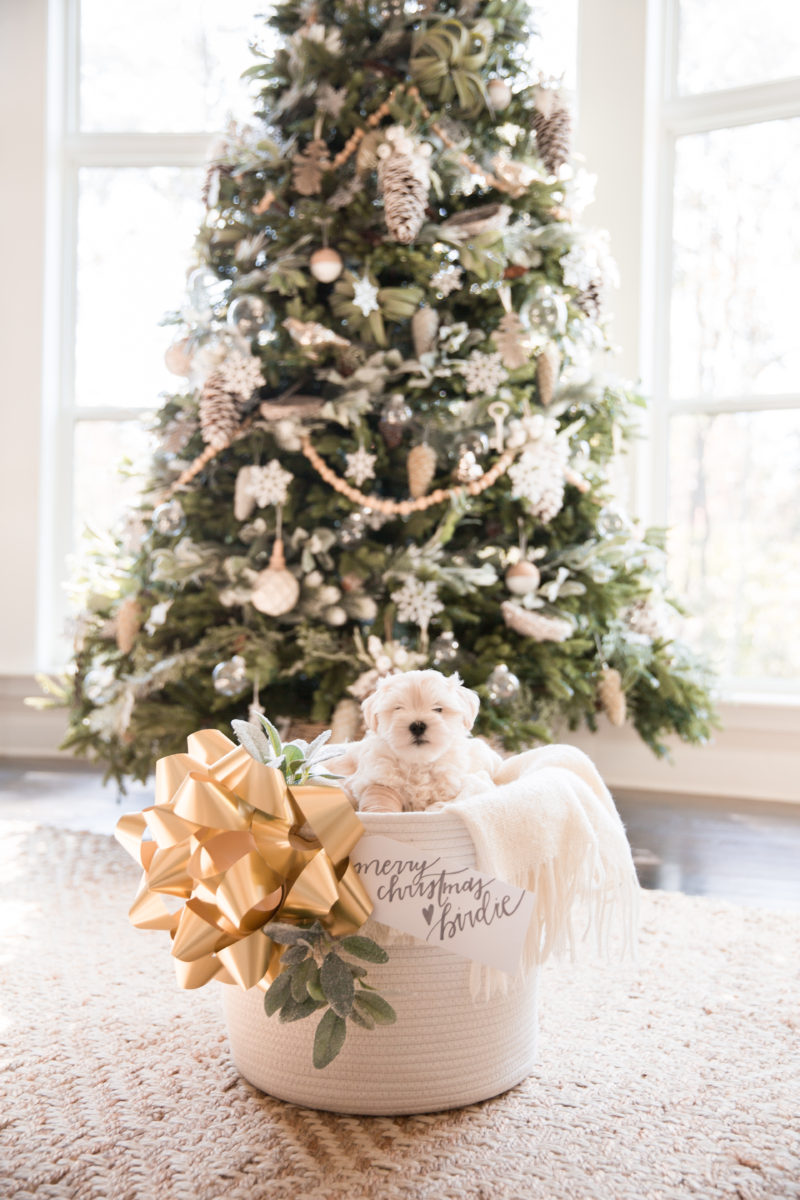 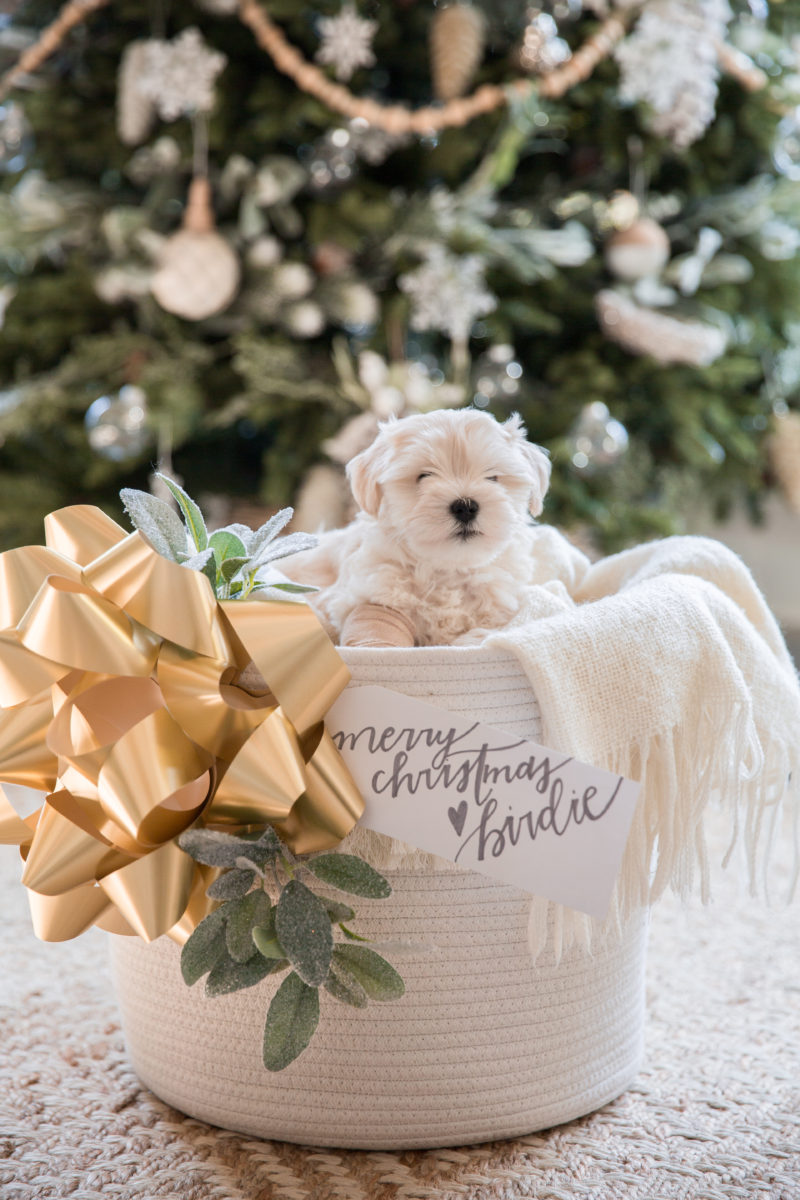 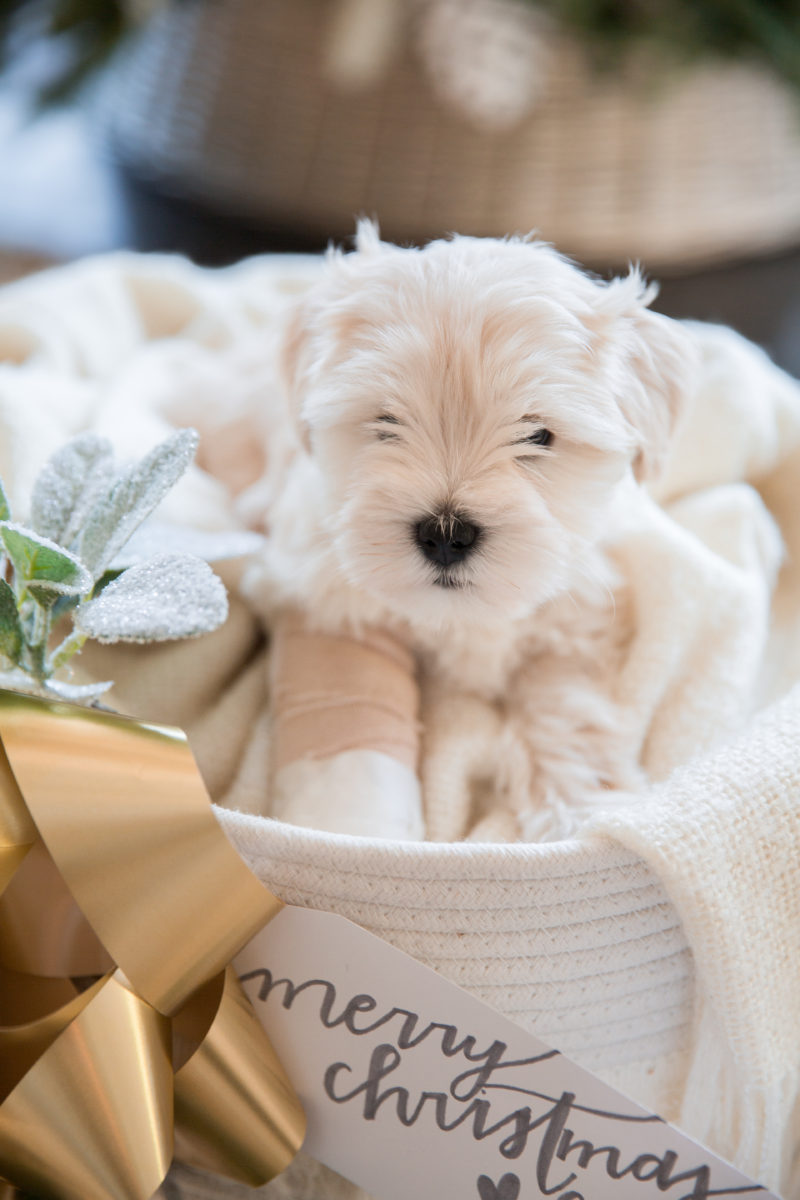 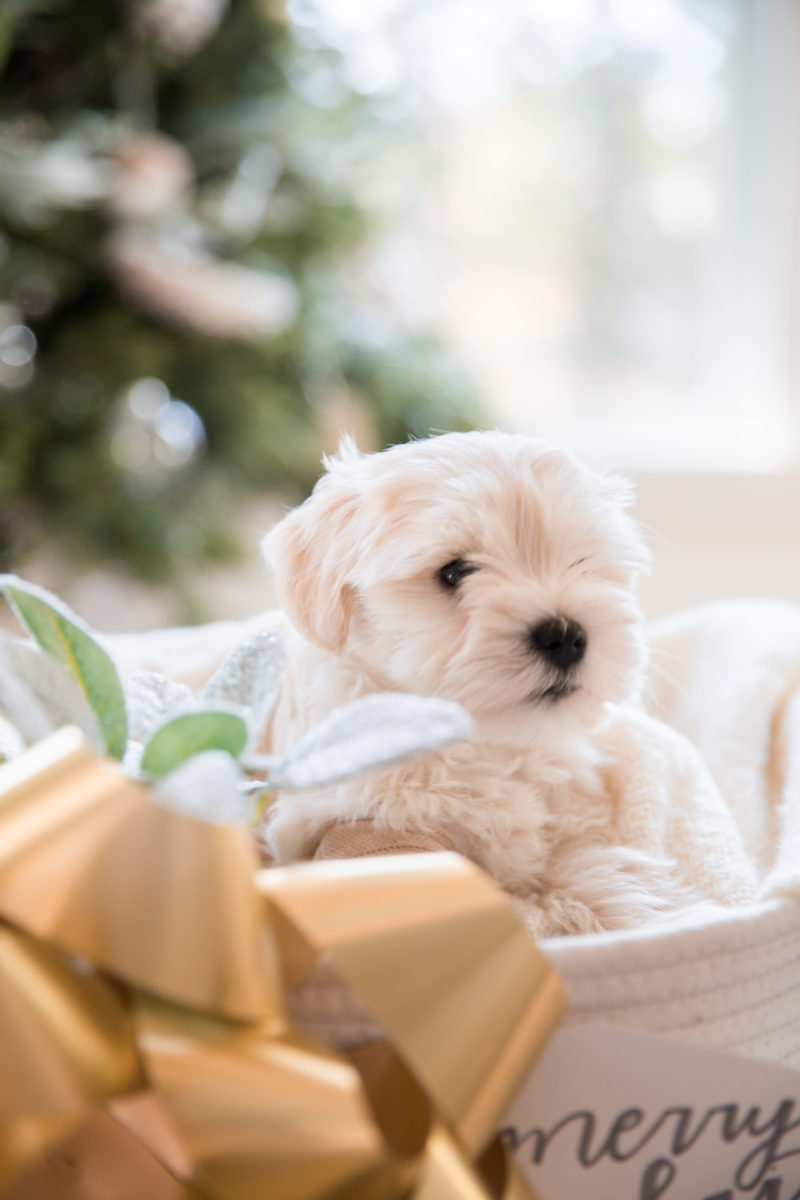 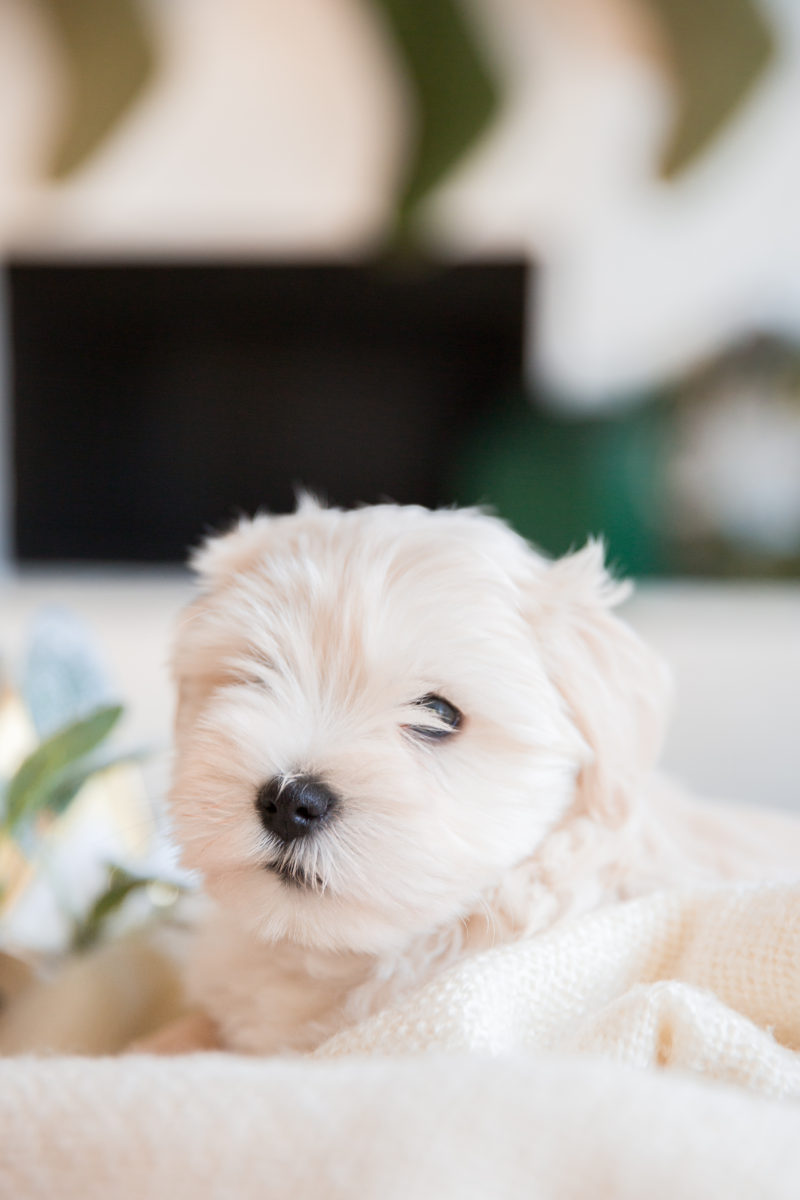 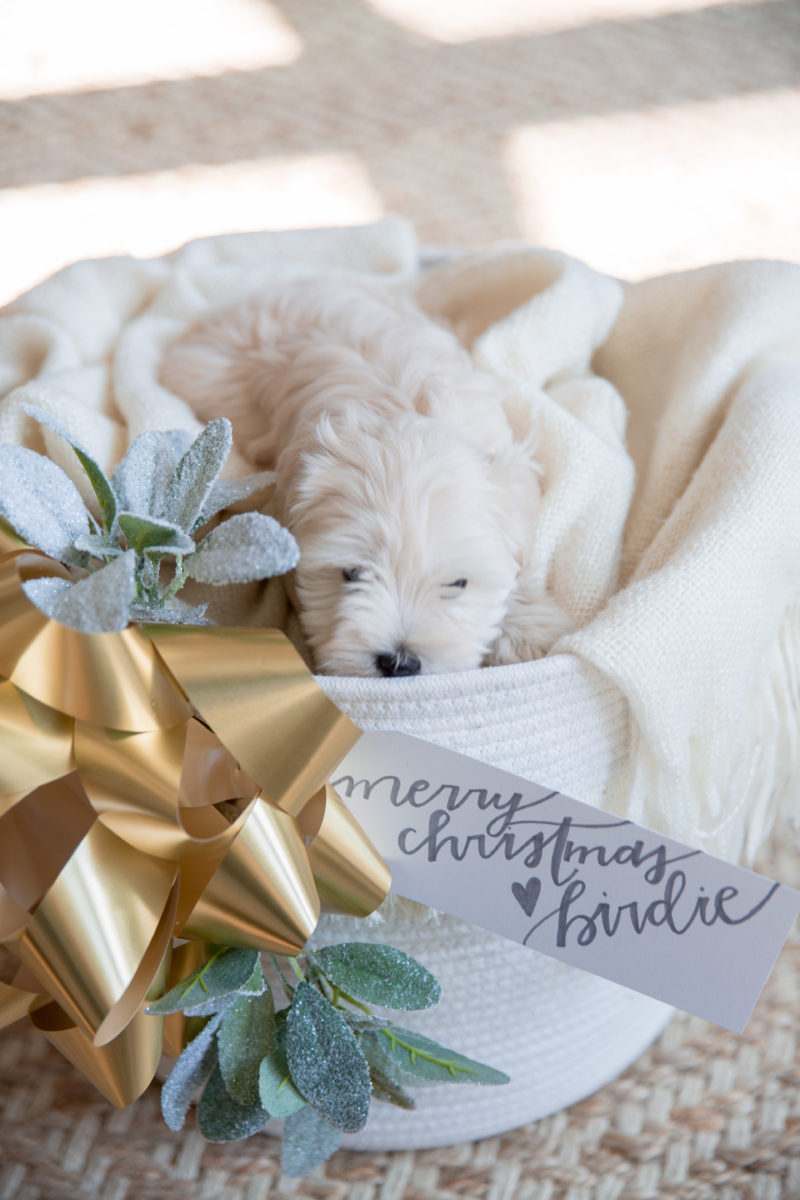 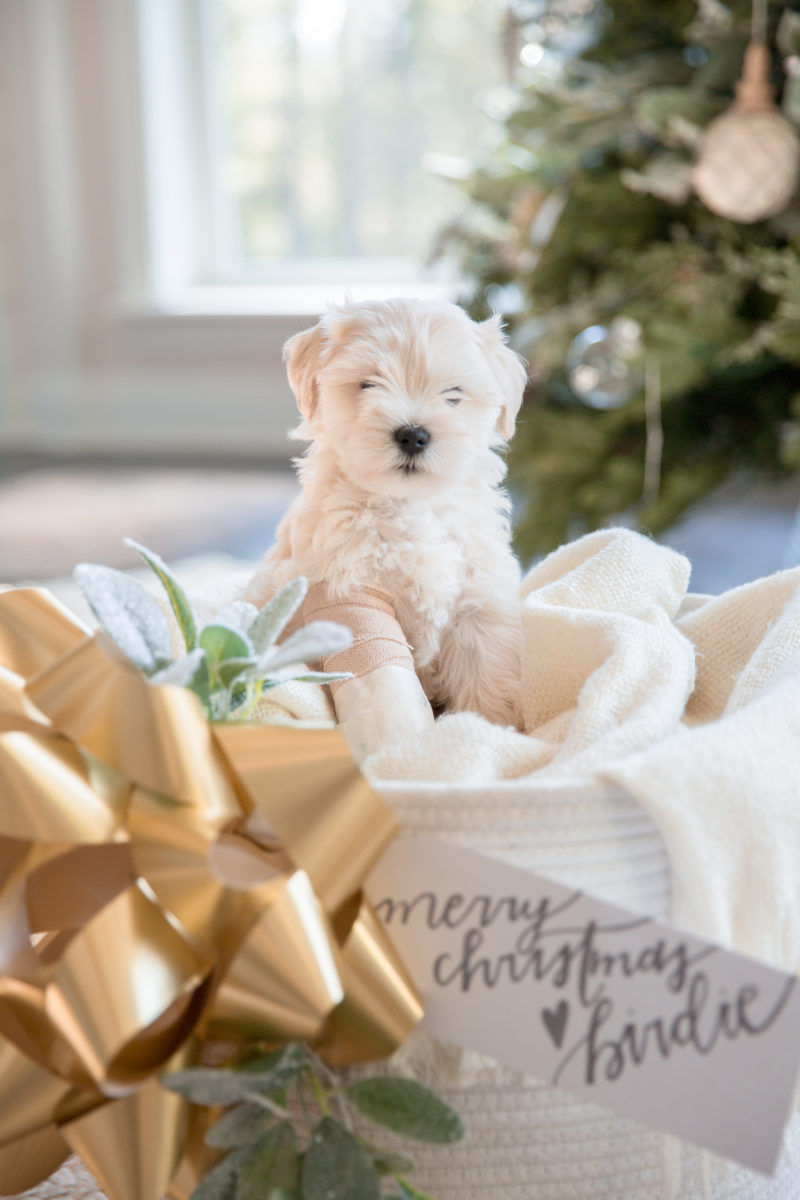 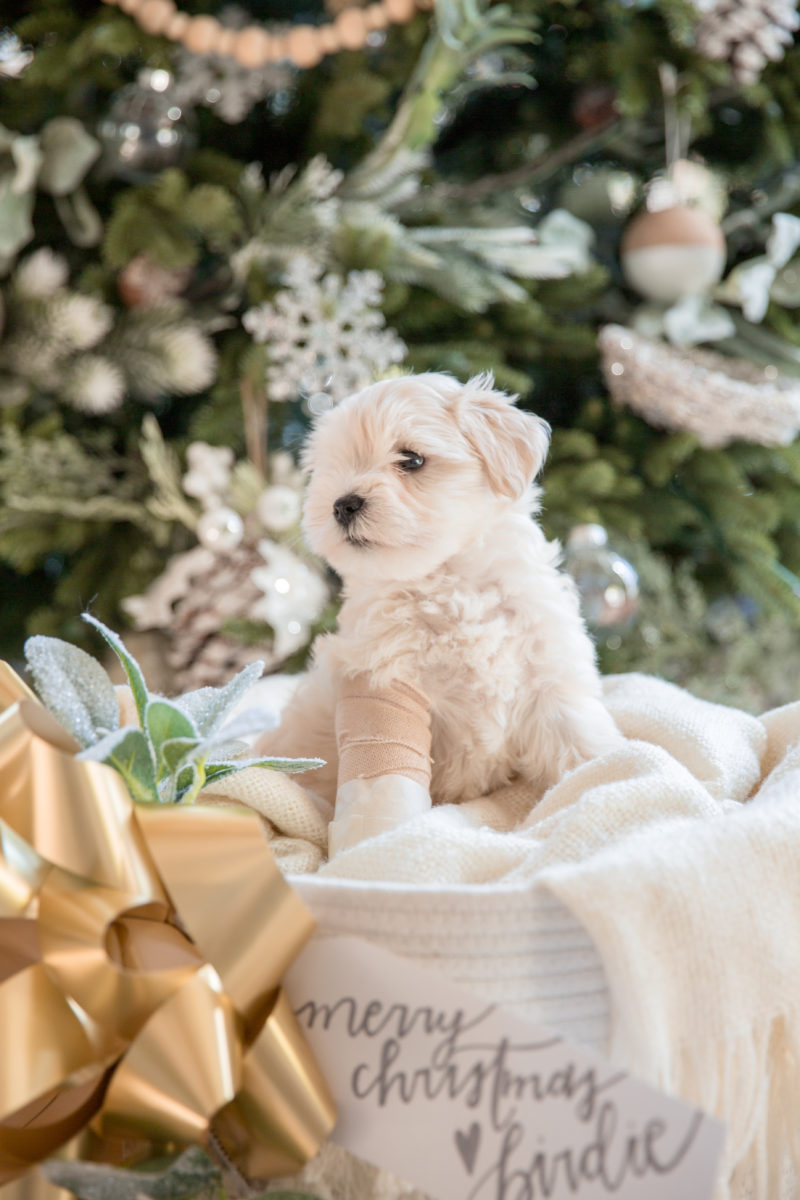 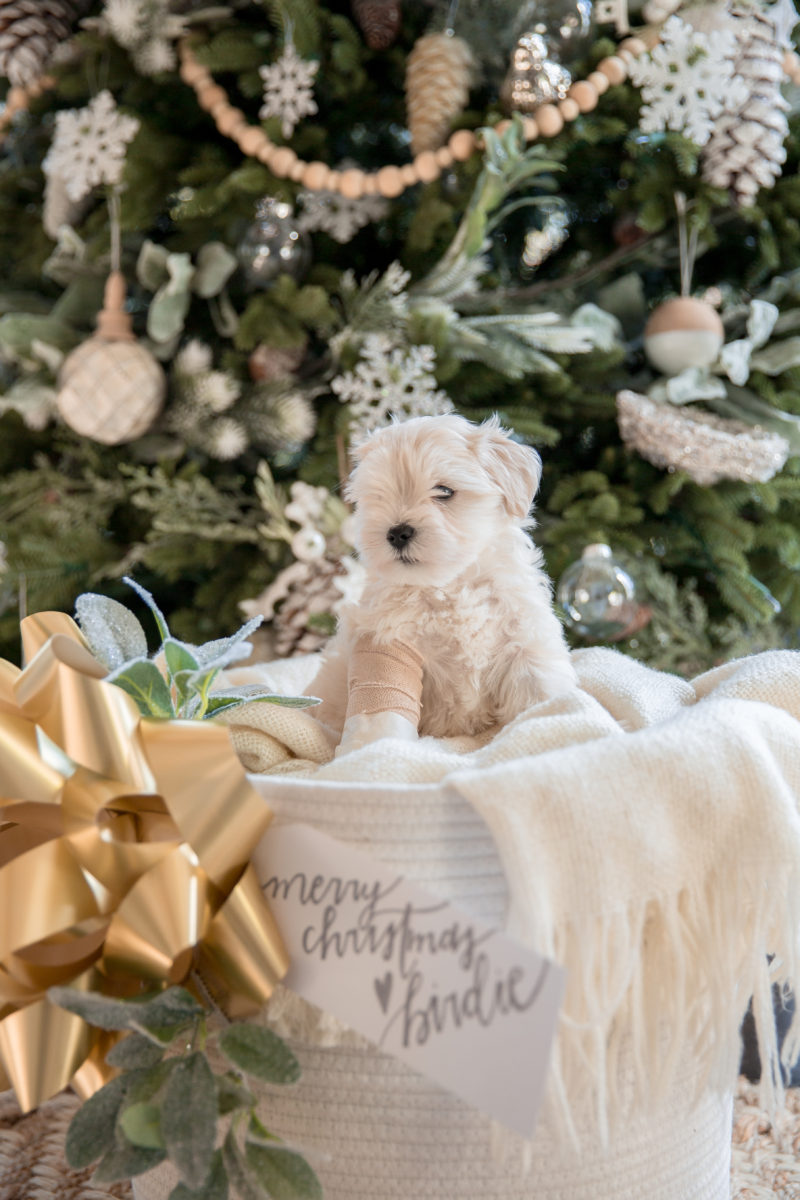 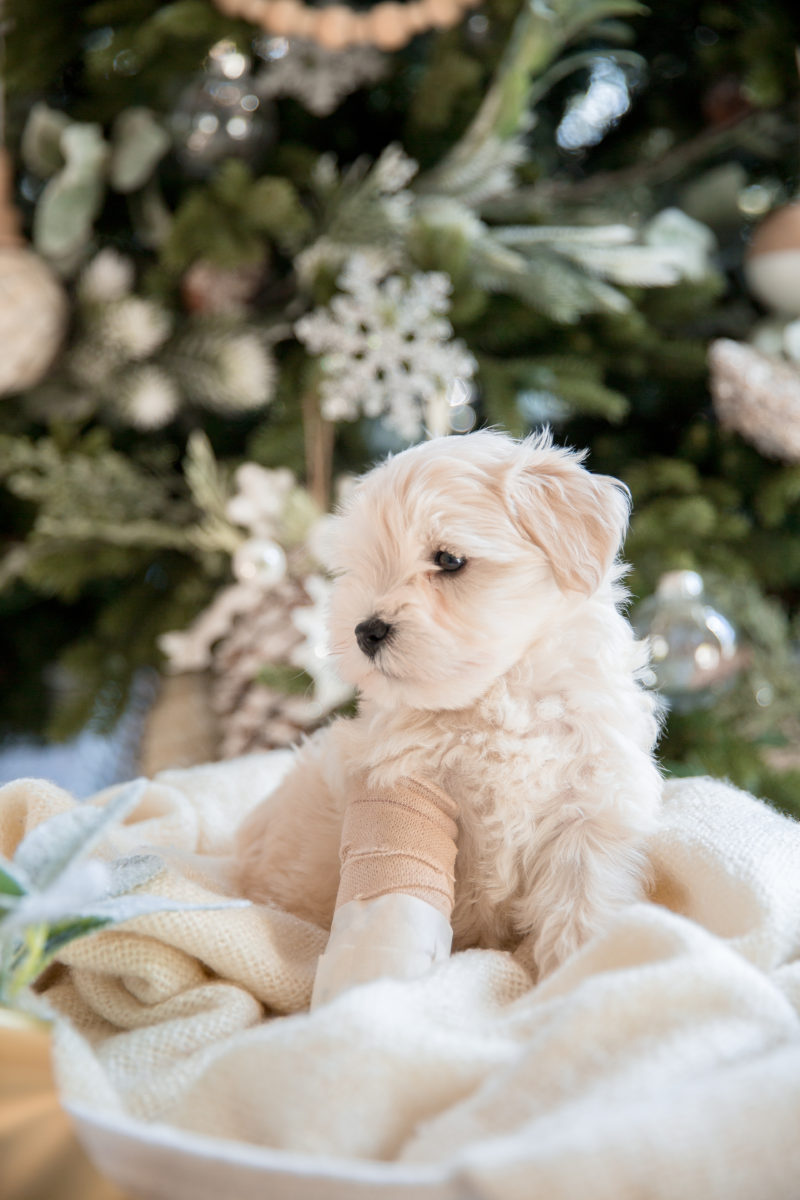 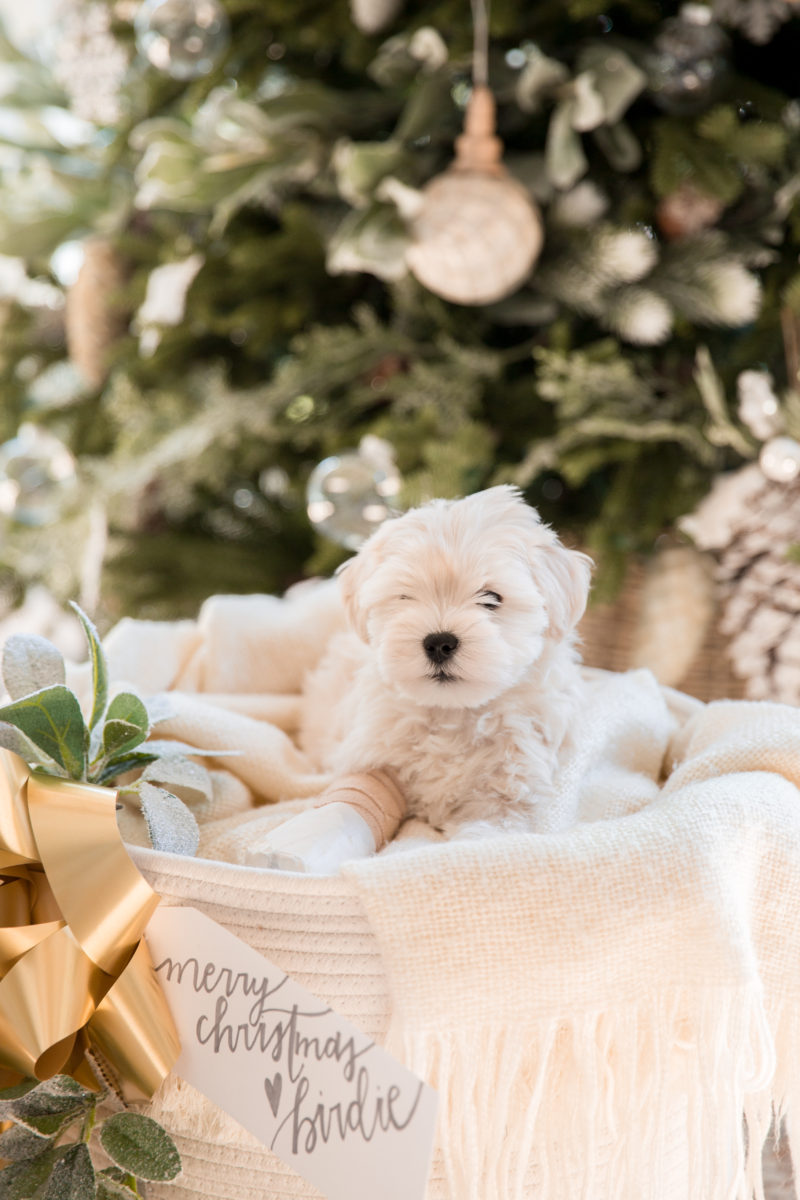 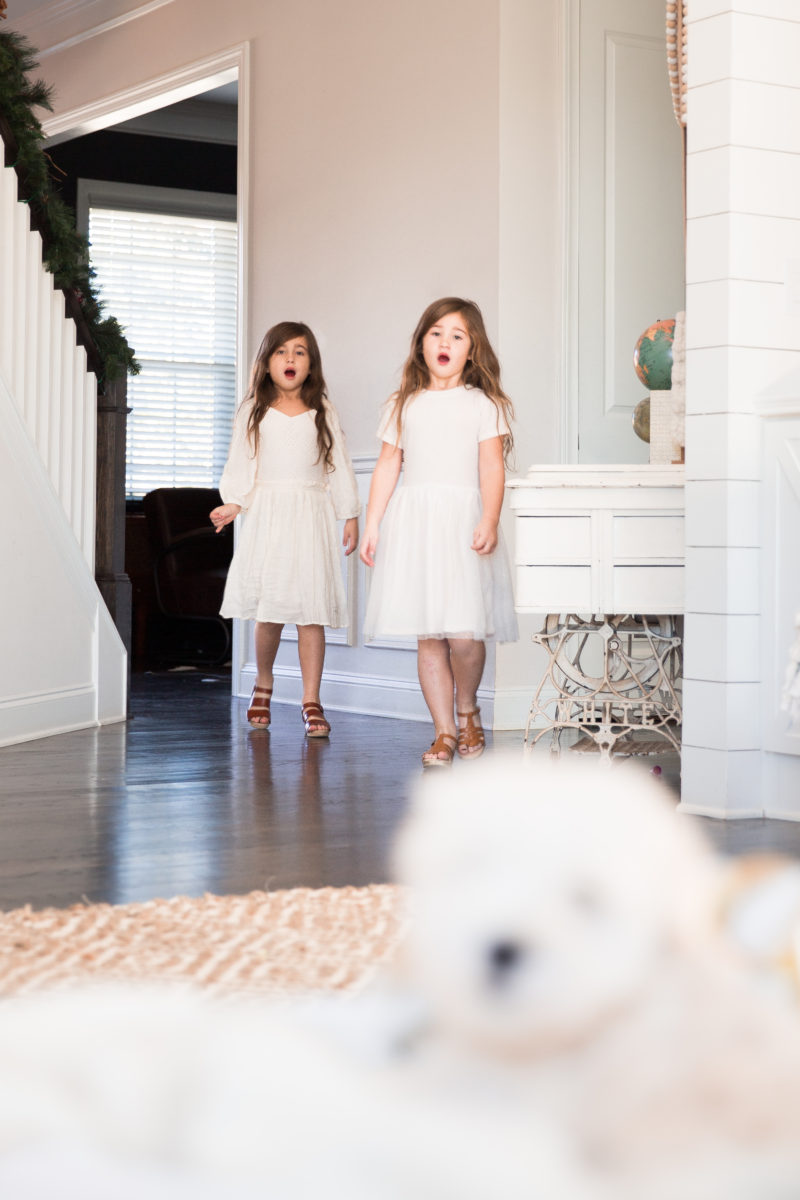 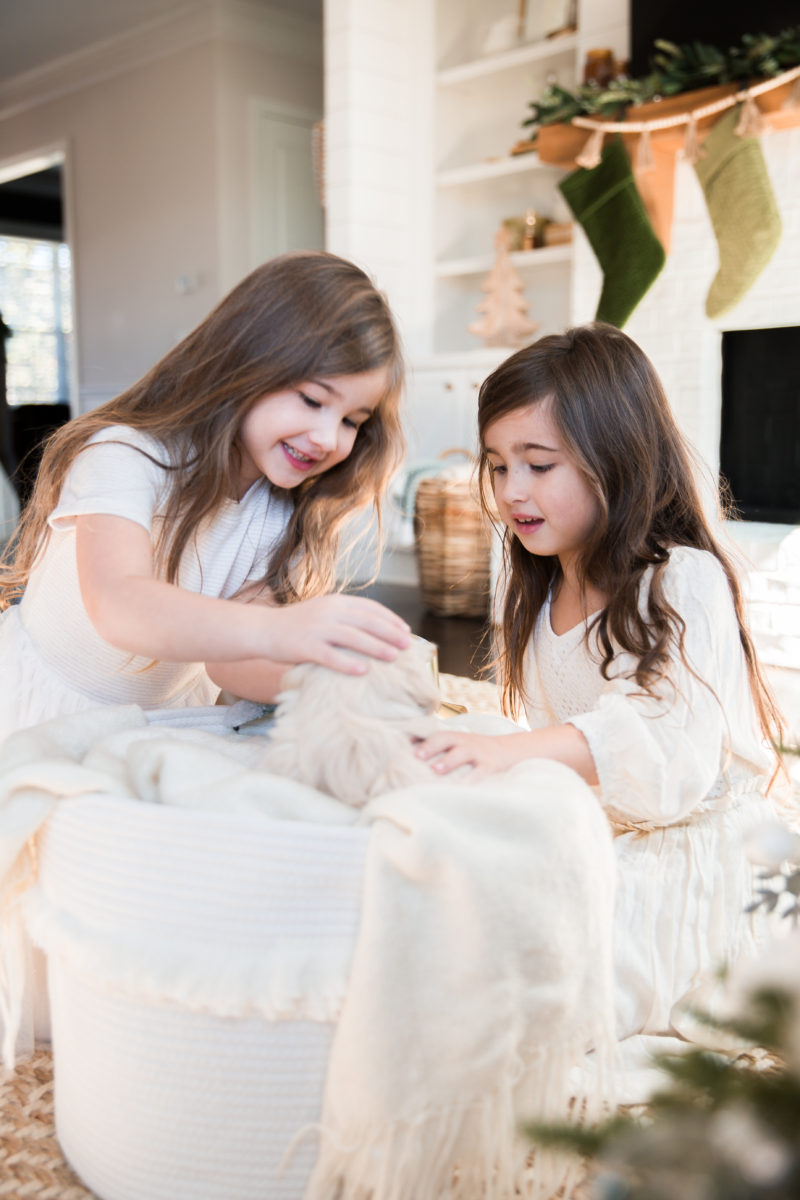 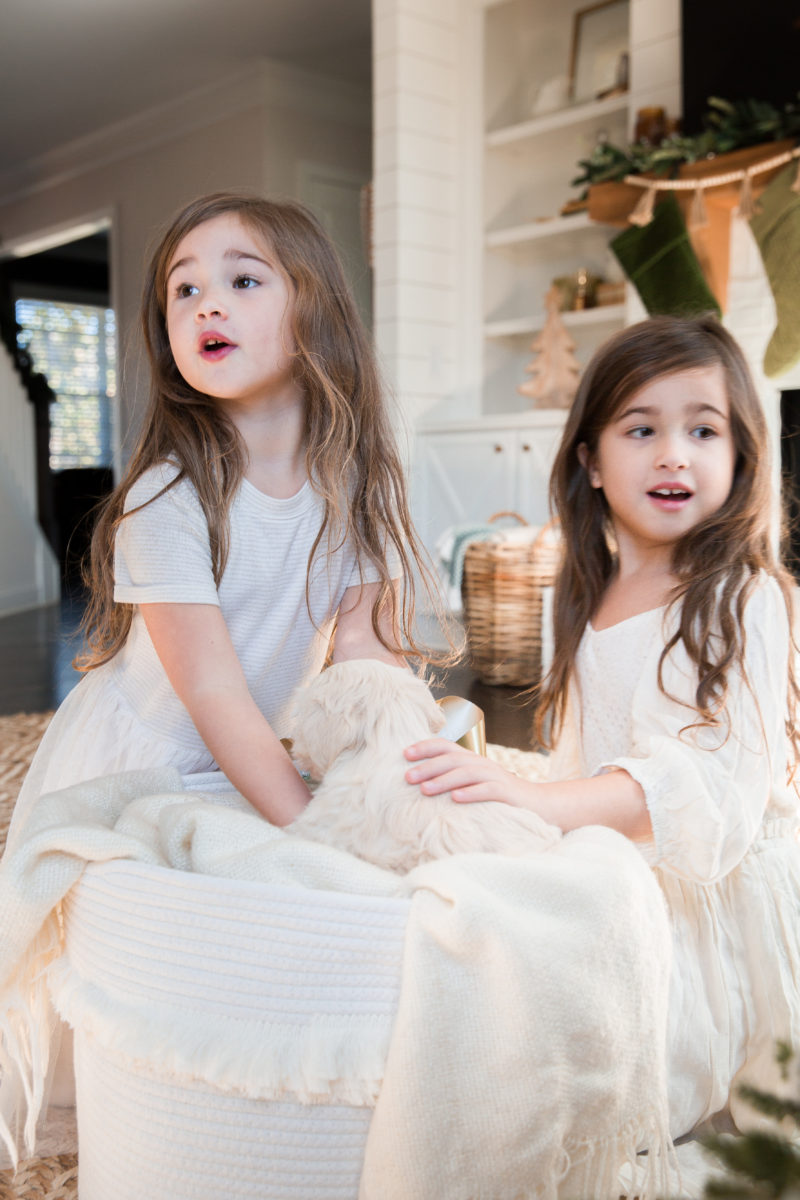 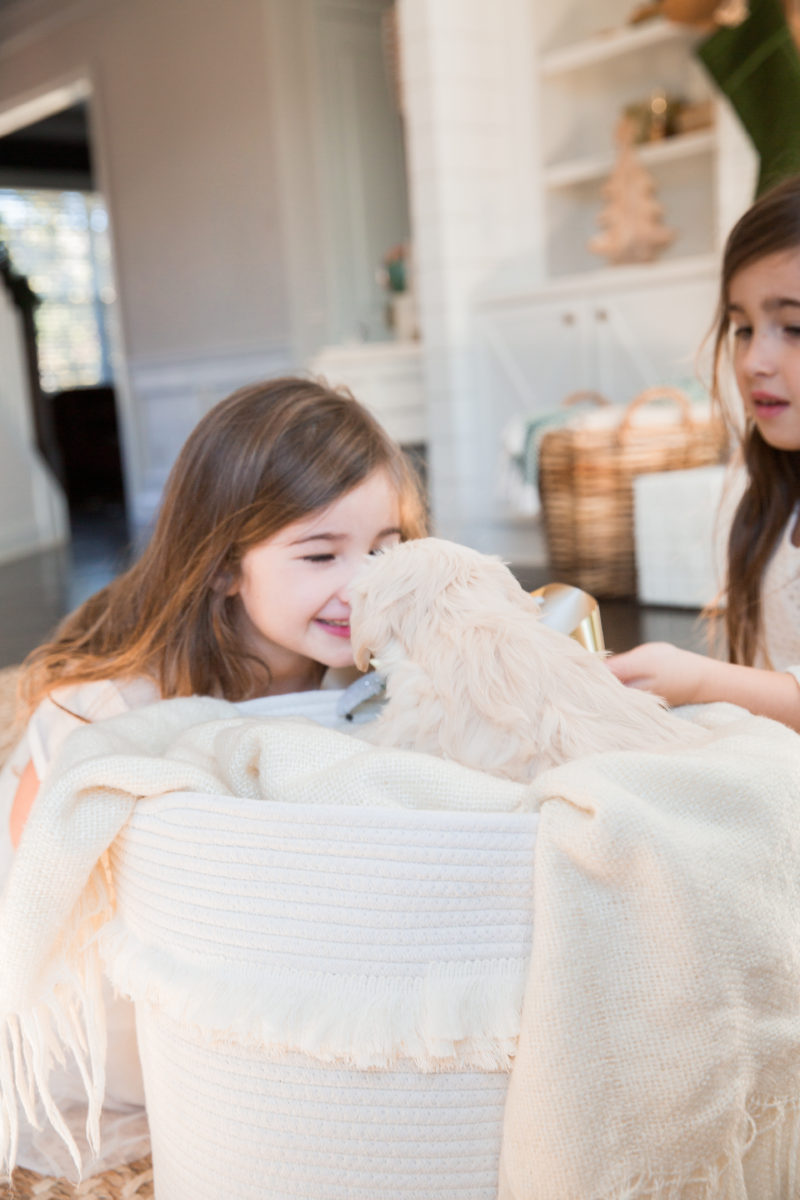 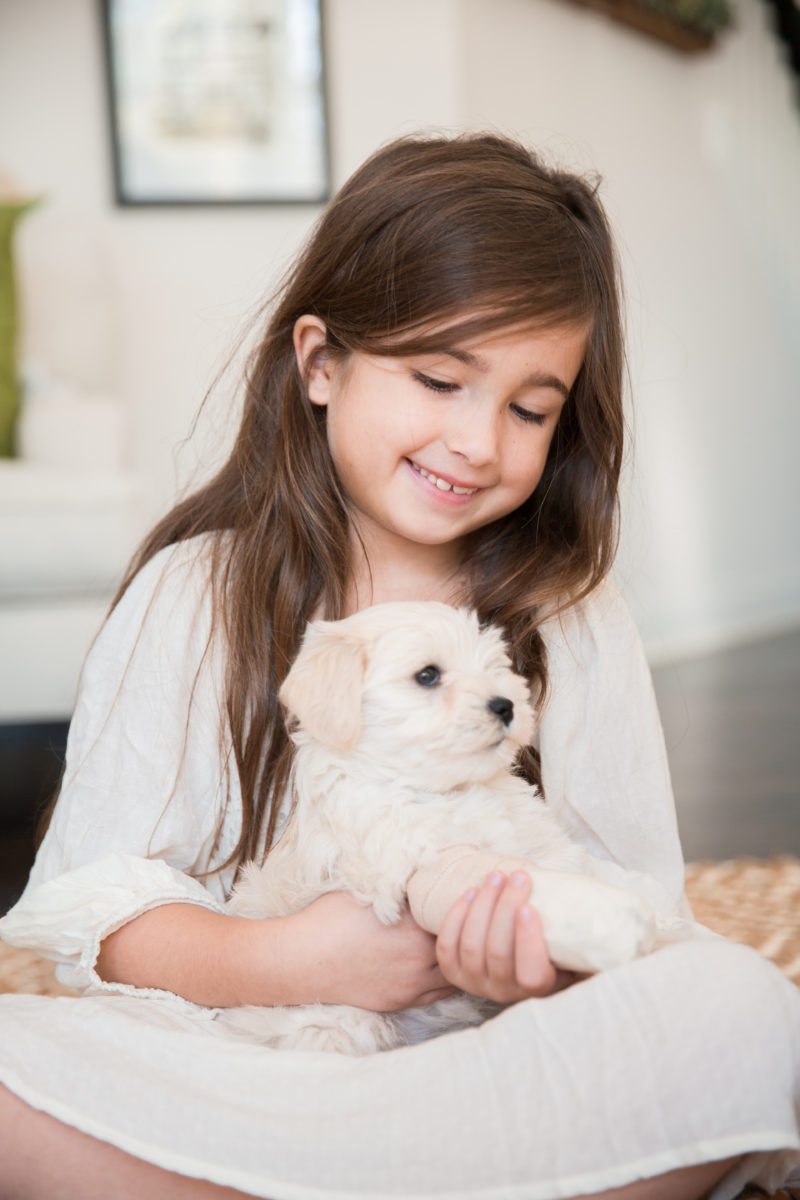 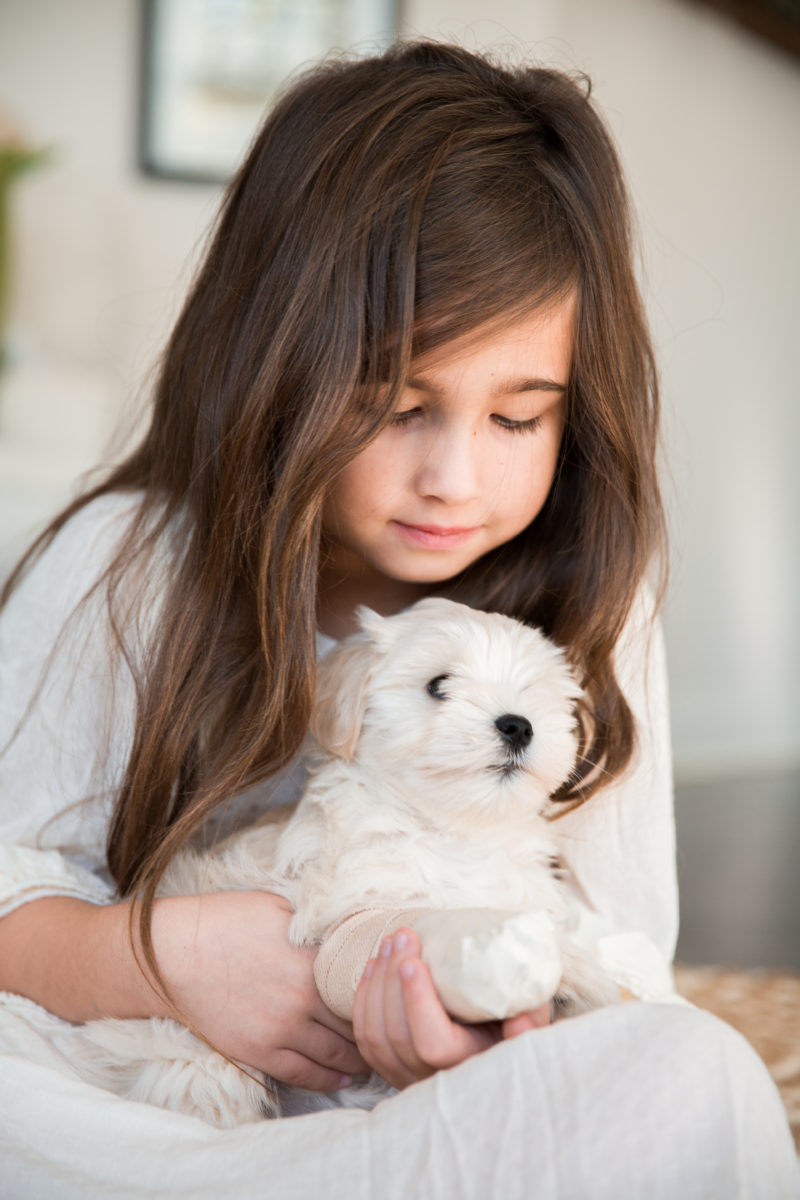 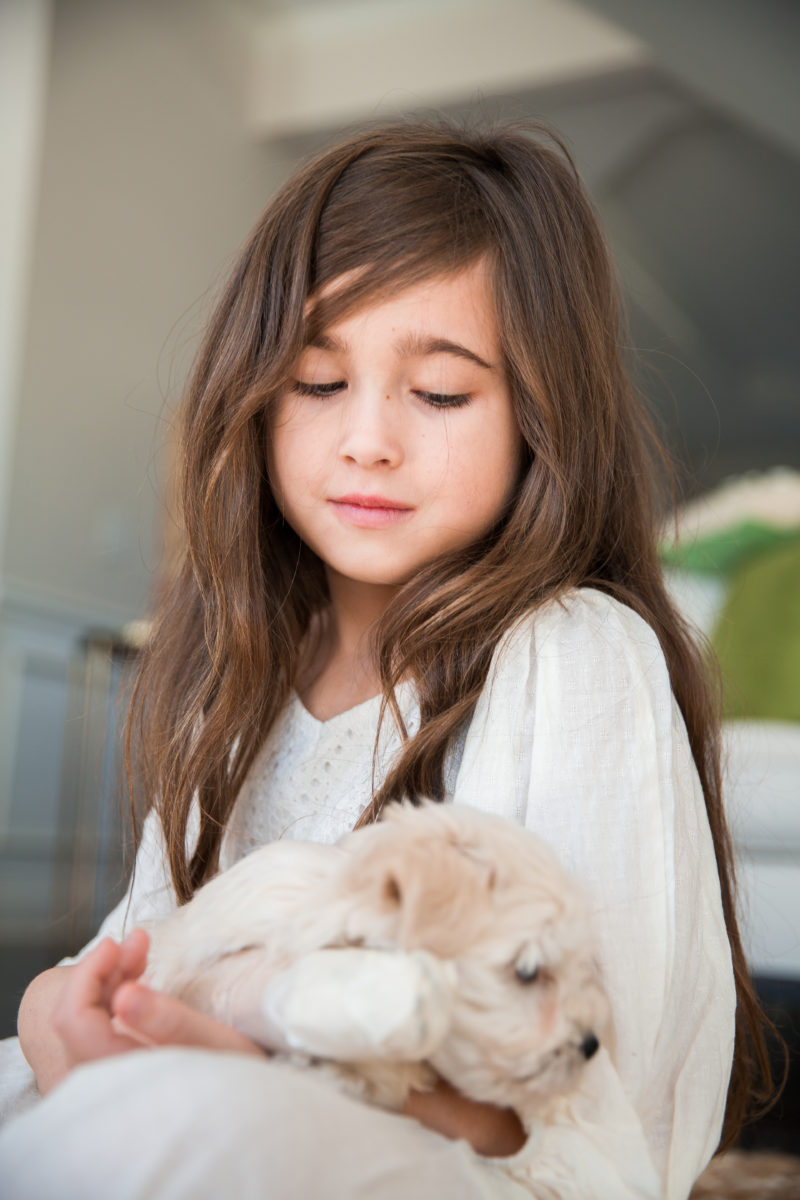 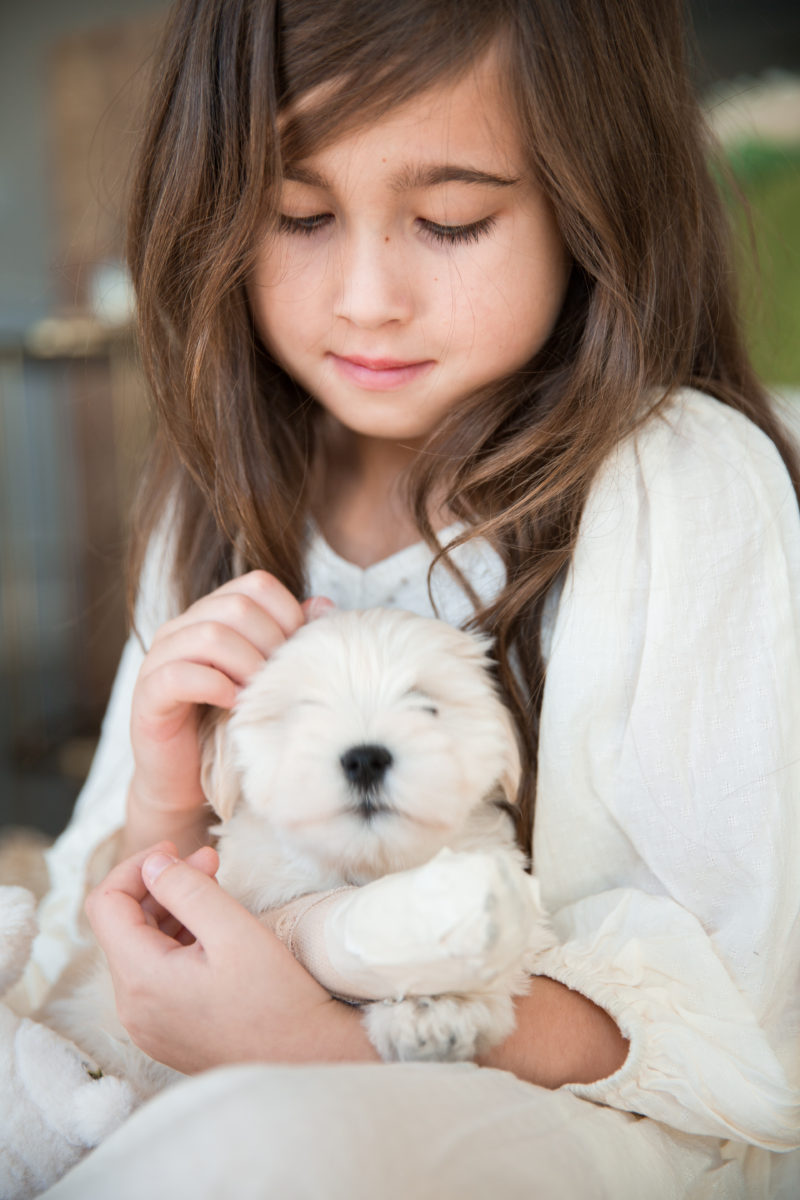 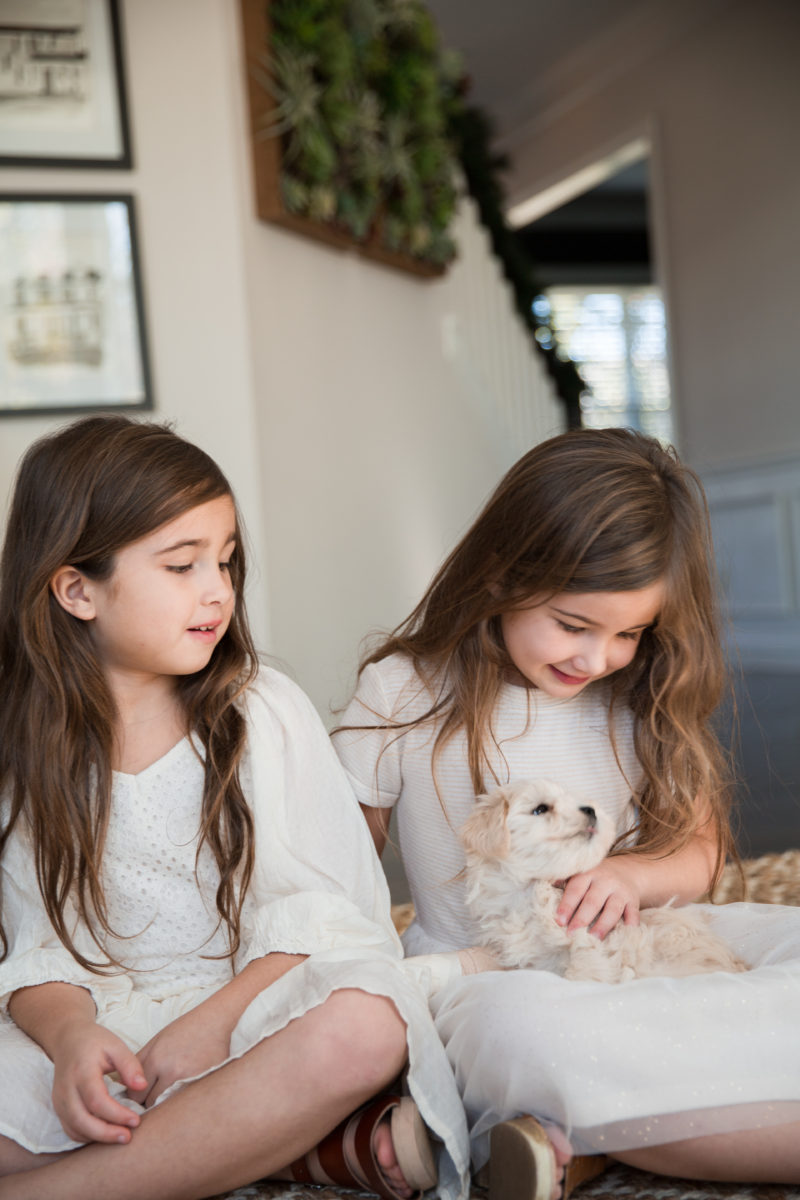 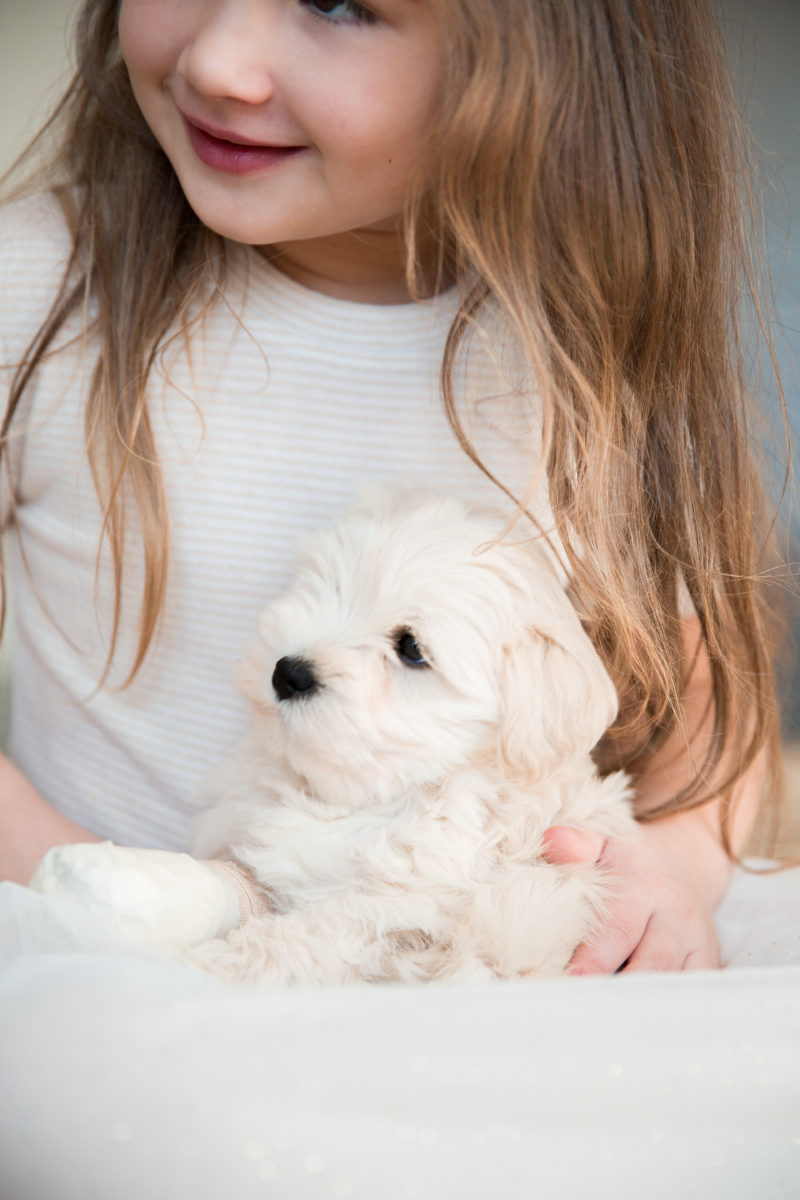 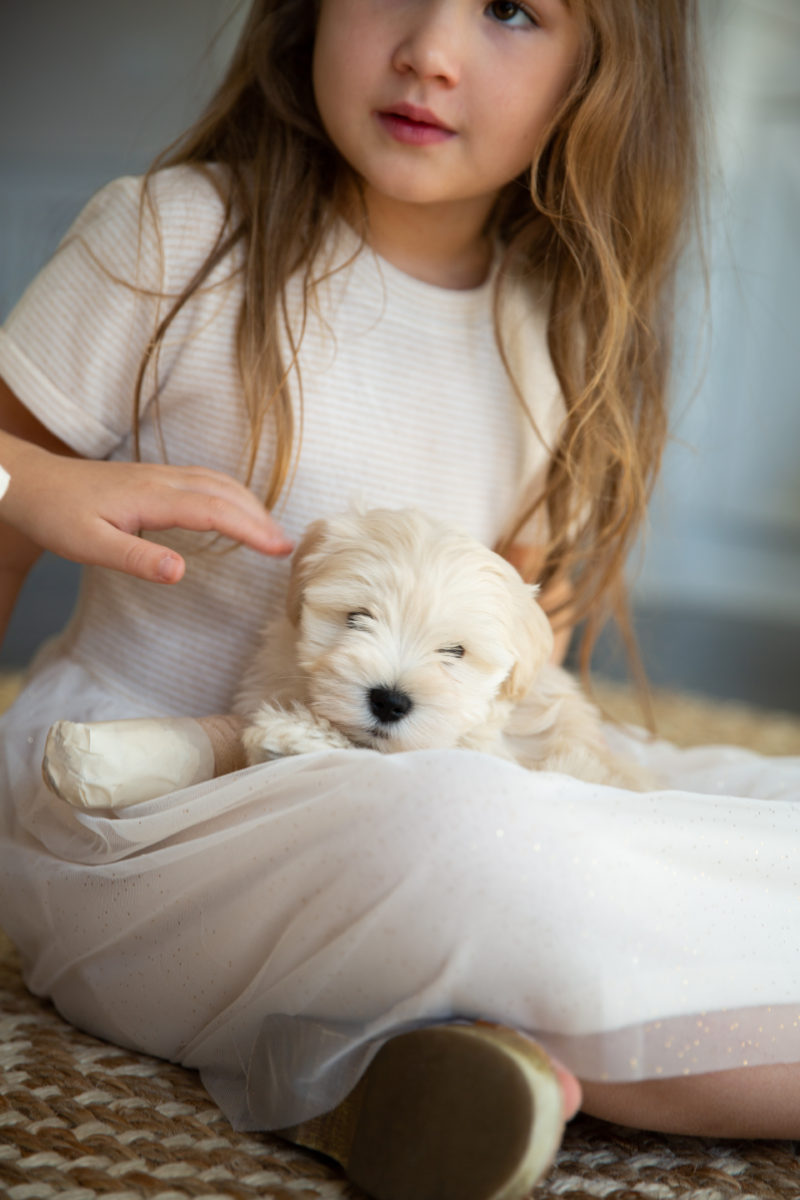 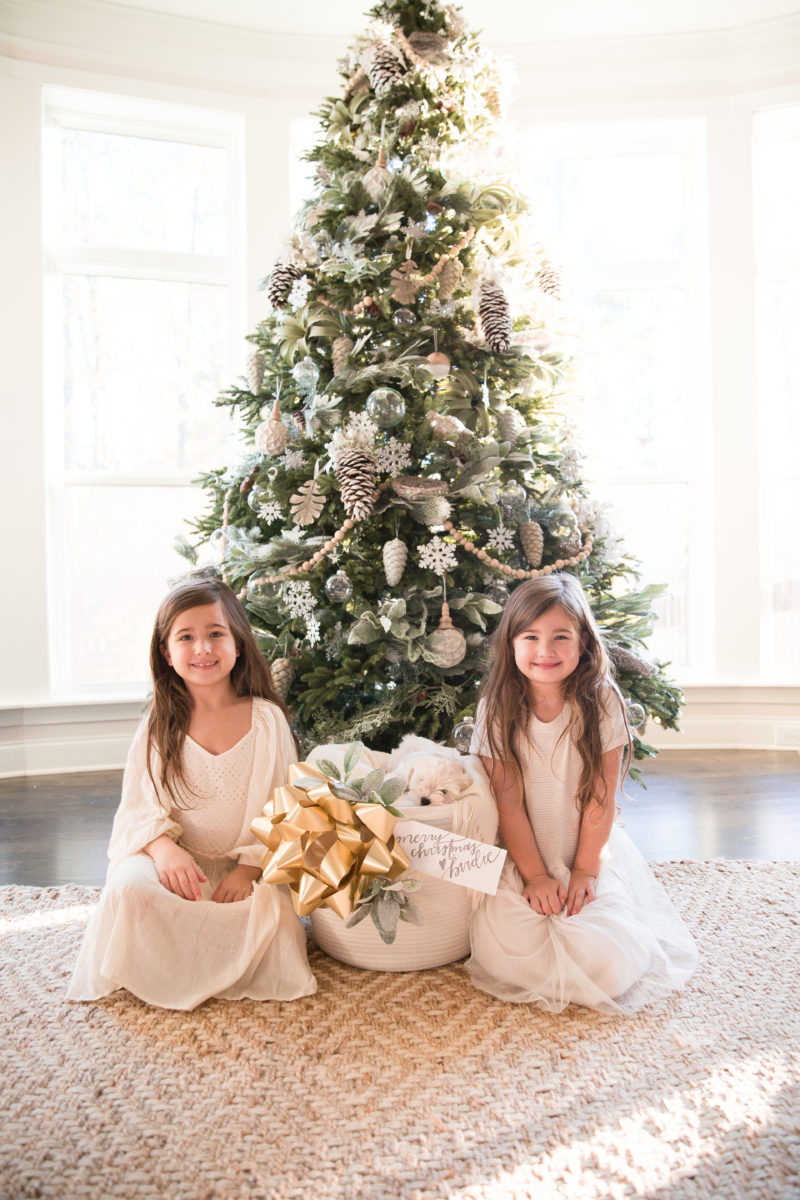 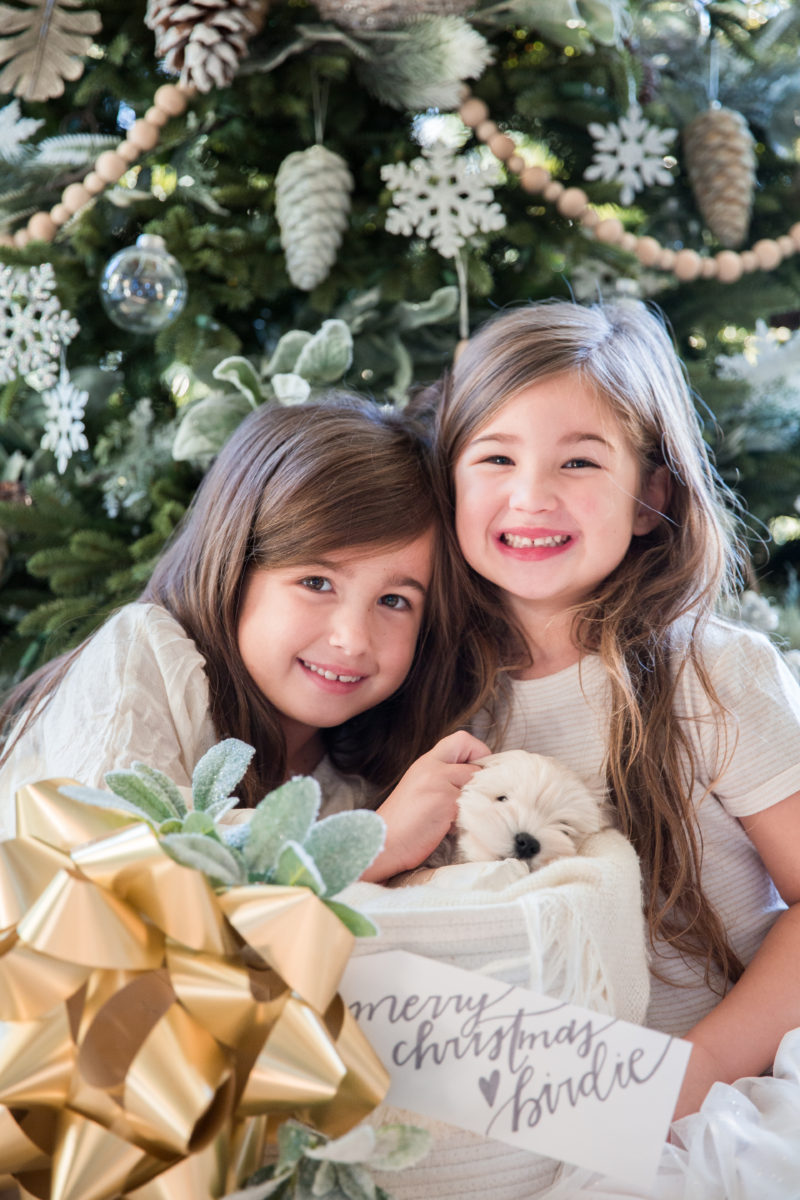