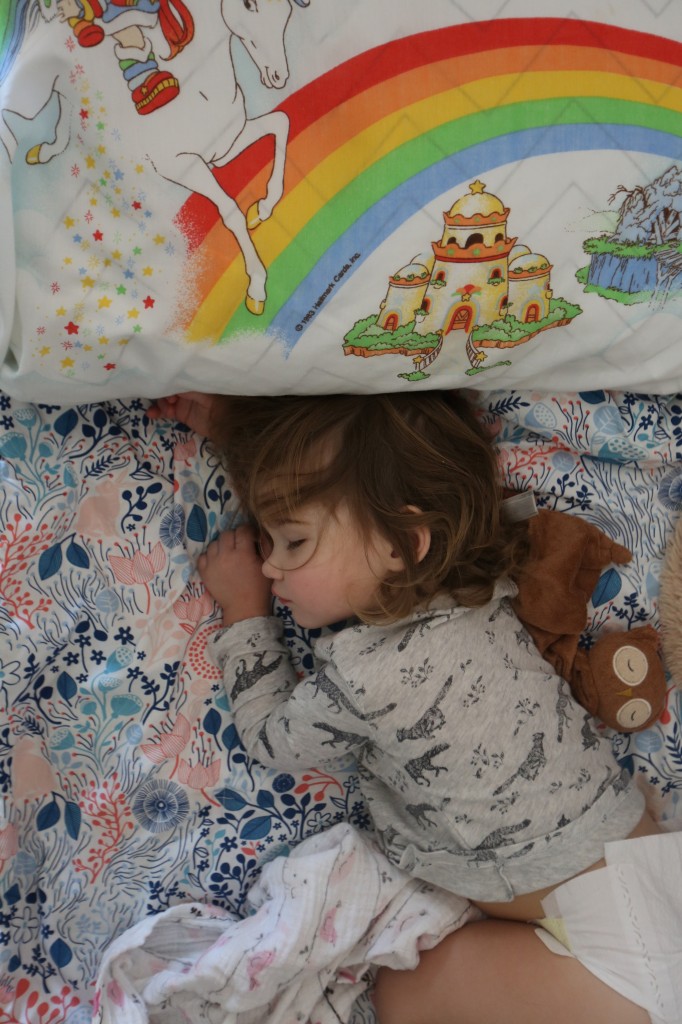 3 / 365: Cricket sweetly sleeping in her crib during nap time.

Since E.V.’s 2016 resolution was so awesome (who doesn’t love going to the beach?), I wish I had something waaaaay more exciting to report for Cricket’s goals for the upcoming year. Alas, there are two resolutions we assigned her (and one request she made):

1. Drop the bottle. If I was a first-time mom, I think I’d be dying of embarrassment. Doctors usually tell you to start weaning your kids off the bottle at their first birthday, but for us, that was totally unrealistic — mostly because I was pretty much exclusively nursing at that point. Cricket never really took a pacifier and never really loved bottles, but she was a champion nurser. Truthfully, she’d probably still be nursing if I was a nice, progressive mommy, but I’m not. It was a bit of a rough transition, but somewhere around the 16-month mark I had to cut little Kit off. For me — not saying anything about anyone out there because I don’t care what you do — but for me it was just getting a little weird. Like, if my kid can ask to nurse and tries to access my  chest while in public, I’m done. Once we weaned, though, she still wanted something at night and at nap time, so we gave her a bottle. Well, now here we are, just around the corner from her second birthday and she’s as obsessed with her baba as she was nursing. Yes, she drinks from sippy cups (and regular cups), but they’re not comforting to her. When I hand her a sippy cup of milk or water at night or during nap time, she’ll look at me like I’m a meanie (or a fool) and say, “Milk baba. MILK. BABA.” Yes ma’am!

2. Drop the diaper, literally. Okay, so this is more my resolution than hers because Cricket’s been begging to be potty trained for months. I’m a bit hesitant because we attempted to transition E.V. once she turned two, but it was too early and thus disastrous. But I know Cricket is different. Right now she’s asking us to take off her diaper constantly and a few times a week will tell us that she needs to go peepee on the potty. By the end of 2016, she’ll be almost three, so I know that potty training is going to happen at some point this year regardless of her wants, but because she’s so eager, we’re going to aim to have it done before school starts in the fall. Wish me luck.

Oh, yeah, and about that “request” she made. Ugh, I’m not ready to say this, but Cricket’s dying for a big girl bed. :( She doesn’t like her crib anymore, which is sooooo early compared to Emma Vance. I feel like we’ve done everything we can (new bedding, cozy blankets, a big girl pillow), but she’s just not having it. I don’t want to, but I just might give in to her goal for 2016 — transitioning into her big girl bed — if I can make myself stop crying first. We’ll see. ;) 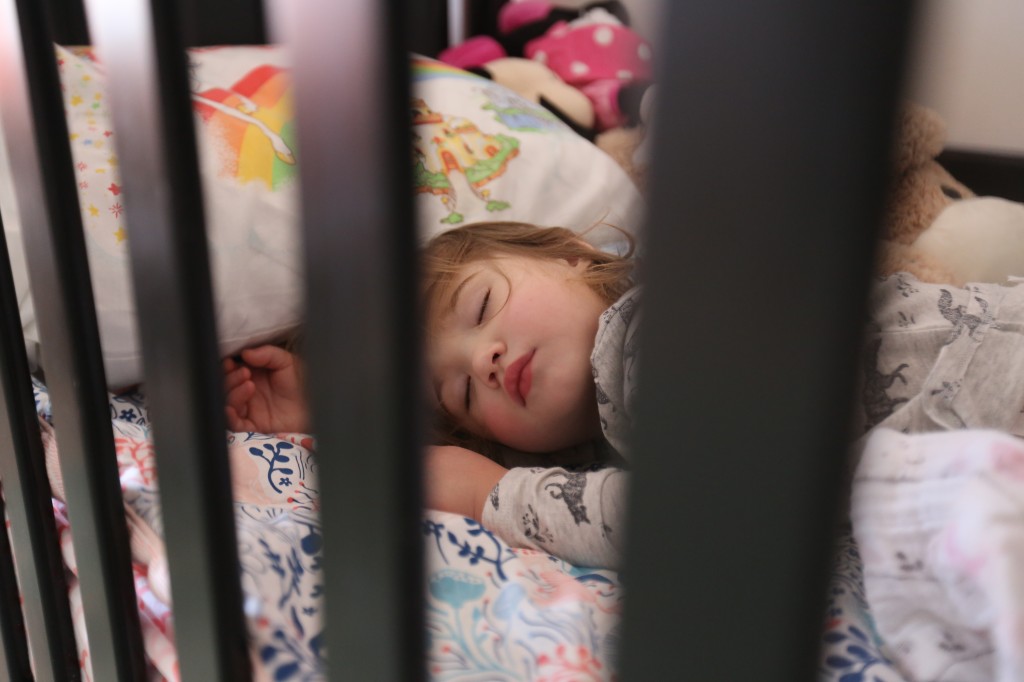 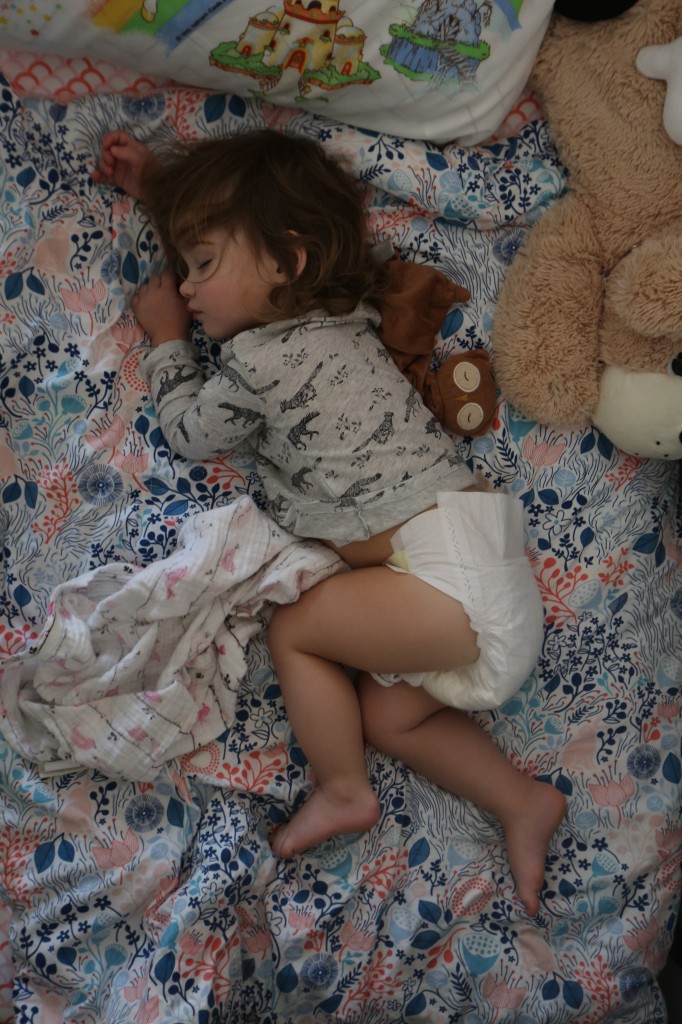 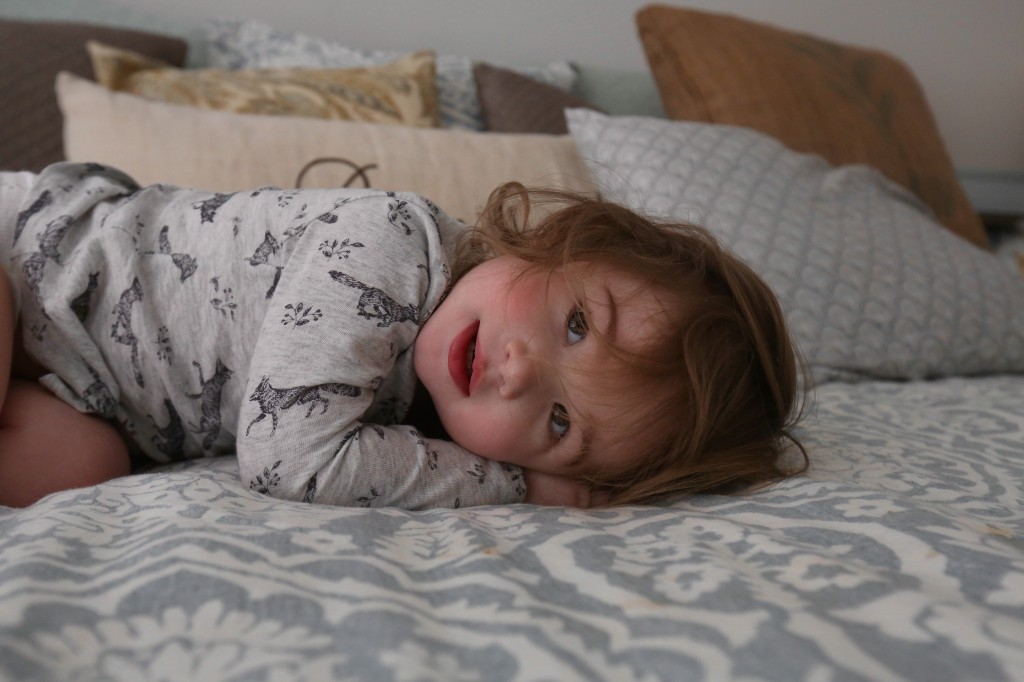 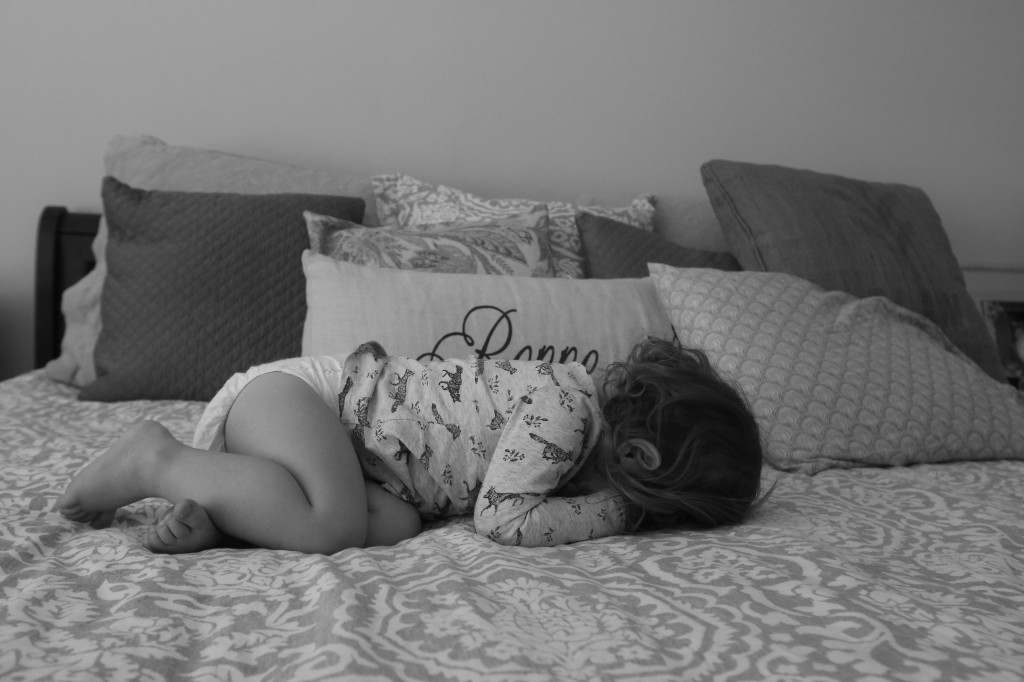 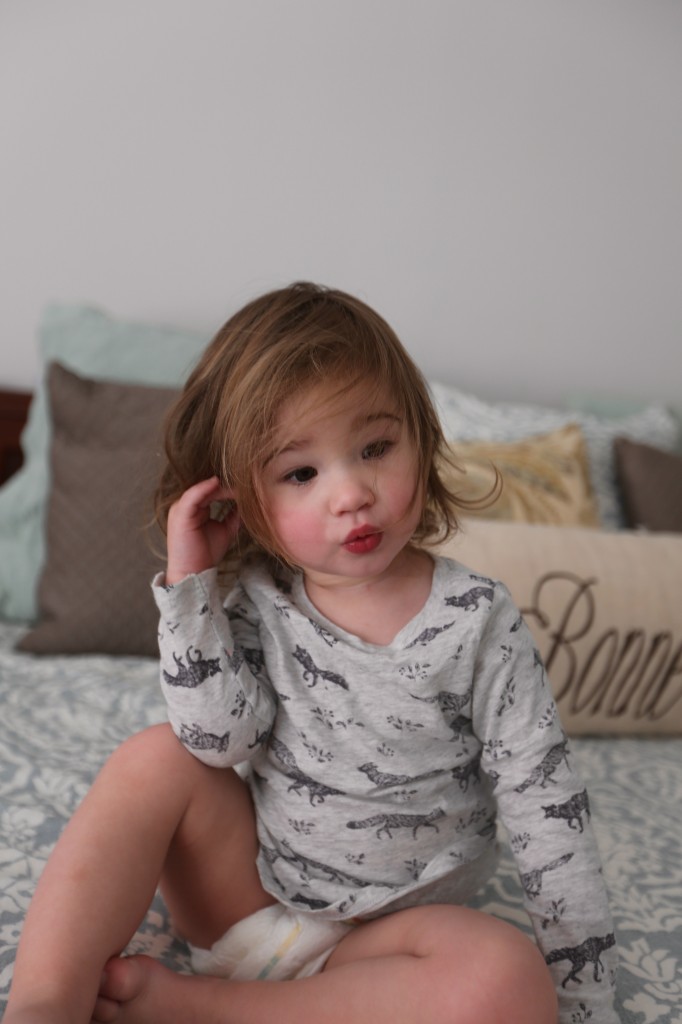 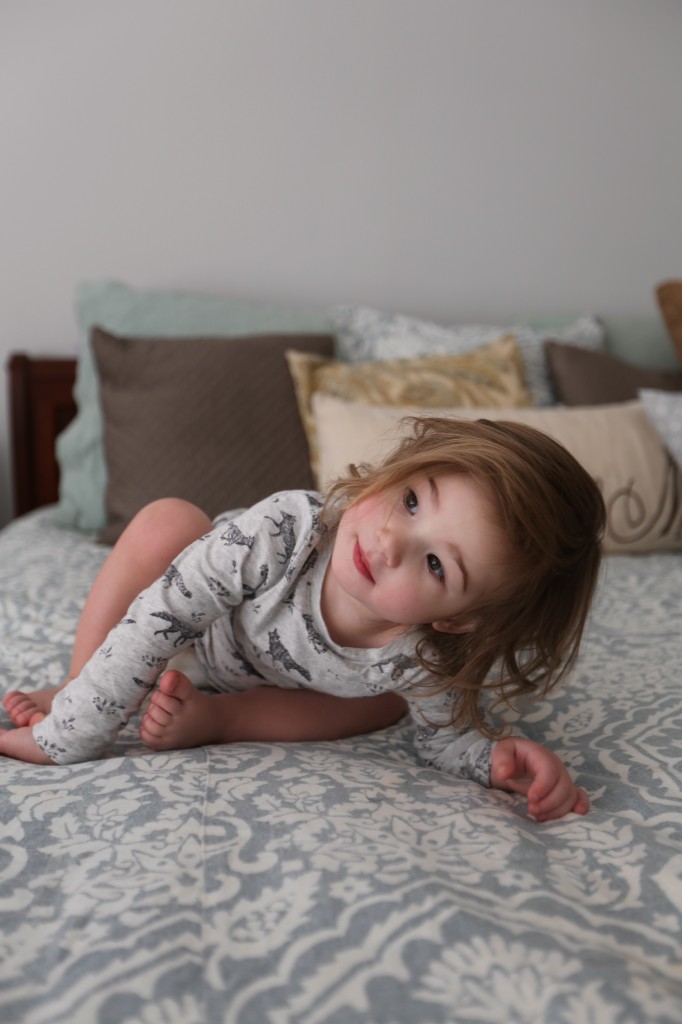 Oh, and then there’s this sweet thing, being all grown up in her own big girl bed… 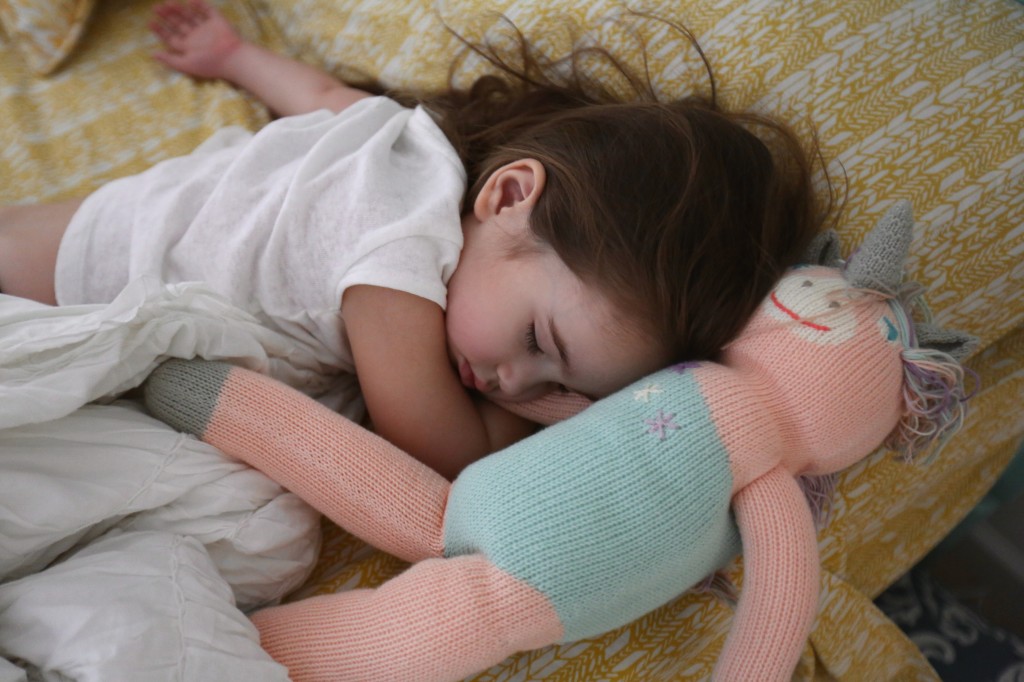 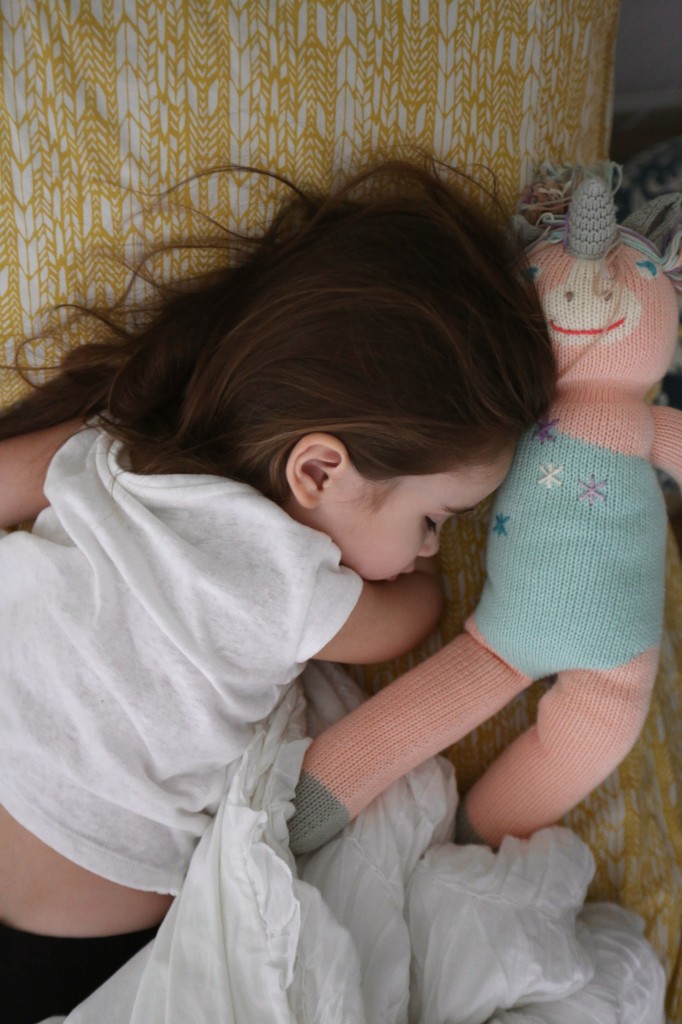