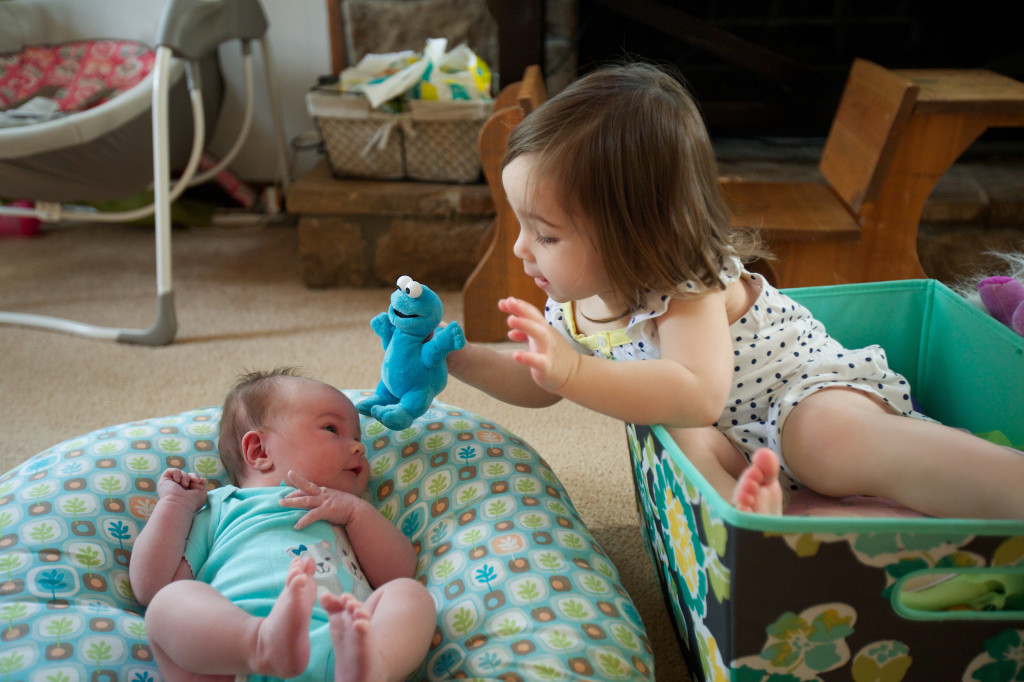 For those of you who have no idea what I’m talking about — Ryan’s been gone for EIGHT DAYS straight. EIGHT — EIGHT — as in more than a week! (Someone get me a margarita!) It’s one of those unfortunate side effects of owning your own business; work keeps on moving forward, and paternity leave isn’t a given. Thankfully, with E.V. Ryan was able to take a few weeks off, but with Cricket, we knew early on that he’d be traveling soon after her arrival. Faced with the idea of being alone with a toddler and newborn for eight days was daunting. I’ve been dreading it for the past nine months. Handling the wee ones was enough to send me over the edge, but, truthfully, being without my partner in crime (and in parenting) was what I was dreading most. Life’s just better with Ryan by my side. Once I came to terms with the reality of what I had to do, I figured I’d just stock up on supplies, hunker down at home and simply try to survive. I’m not shy, but I am an introvert; so thank you to everyone who offered to come help, but I prefer to suffer alone (ha!). (And suffer I did!) It was perhaps the toughest week+ that I’ve ever endured. There were lots of tears (from all three of us!), a bit of mischief (from E.V.). way too much TV (Tinker Bell, Frozen, Disney Junior and PBS), a mess of toys (that took over our living room) and countless poopy diapers (from the girls…and dogs). Ryan arrived home this evening to a desperate family, and within an instant my stress level went from a 10 to a 2. Relief! God bless all the single moms of multiple kids out there. You deserve a round of applause (and a vacation)!

Here’s a quick look at how our week went…

I can do this! This ain’t no big deal. I am woman, hear me roar, and all that nonsense…

Ugh. Cricket was up most of the night, you know, just wanting to hang out.

E.V. played with the neighbors this afternoon, who informed me that they gave her orange Jell-O. Um, not on our “approved foods” list, but whatever…

Found a GIANT black spider on E.V.’s back after she came in from playing outside. {insert creepy-crawly-willies again}

Emma Vance crawled out of the tub mid-bath and pooped on the floor. At least she got OUT of the tub first? Silver lining.

Then, with a diaper on, she crawled into our bed to wait for pajama time, but she had diarrhea before I could get pjs on her. Orange diarrhea. And it leaked. Everywhere. On my bed. Joy. No more Jell-O, ever. EVER.

E.V. went to school this morning, which made me so happy. (Her, too!) A televsion-free, education-centered morning was exactly what she needed. I was happy!

Then she came home, toting along with her all of the Mother’s Day gifts from last week (which we skipped). Commence major mom guilt. How could I have missed that?

The rest of the day was spent wallowing in my mom guilt. :( The post-partum hormones aren’t helping me get over this.

Looked like rain, so we tried the bubble machine inside. Bad idea. Turns out soapy bubbles popping on the kitchen floor = SLIPPERY. Whoops.

Cricket was starving. All. Day. Long. Will my life always revolve around feeding her? Feels like it.

Cricket and E.V.’s usual 1 p.m. nap times didn’t match up today, so I got no chance to rest.

E.V. went down happily for her nap, then played with her Bitty Baby in her crib for about 30 minutes before passing out mid-play. It was so sudden that I went in to check on her, only to realize she had pooped her pants while pretending that Bitty Baby was sliding down the crib rails. She awoke shortly thereafter, crying for a change. She ended up in my bed for the rest of her nap.

The noise from changing E.V. awoke a just-had-fallen-asleep Cricket, who also had a dirty diaper. She ended up in my bed for the rest of her nap, too. They spooned. Sigh.

I tried to join the girls for a quick snooze, but instead got kicked out by a toddler and newborn who “needed” the whole bed to themselves.

It didn’t rain, so we used the bubble machine outside in the afternoon with much better results. (As in, no one slipped and fell.)

We watched two Tinker Bell movies before bedtime. TWO. In a row.

I cried over FaceTime to Ryan.

I had to wake up both girls at 8 a.m.! I almost let everyone keep sleeping, but I knew that it would throw our whole day off. #worthit

Kit had her first blow out ever, meaning her fresh onesie lasted about an hour before needing a change.

Gardeners came. Hallelujah! When E.V. ran out to play with their dog, her diaper fell off. FELL OFF. In the middle of the driveway. In front of three men. Oops.

Yia Yia and Uncle Jon came to visit and brought a new playhouse with them for Emma Vance. She immediately started a rock garden in the “backyard.”

Cricket’s second blow out. And thus it begins.

Ryan’s mom graciously took E.V. to the park because she’s been asking to “swing” all week. She didn’t even make it home before passing out. Success!

E.V. fell off the bed and said, “Ta-da!”…the first time. The second time she fell, she wailed and hugged me for a long time. (I — ashamedly — preferred the second time’s reaction.)

Two words: PIRATE FAIRY! (Okay, a few more words: We got to watch the new Tinker Bell movie, and I’m pretty sure I was more excited than E.V. Don’t judge; Mom needed some new material because I’ve seen the other Tinker Bell movies umpteen times.)

“Day Seven” shall henceforth be known as “The Day My Dog Got Horrible, Uncontrollable Diarrhea” (and pooped everywhere in the house, especially since it rained all night and all day). Bah.

Counting down the minutes now, not hours…YAY!

I spent so much time simply surviving this past week that I barely put on real clothes, never mind taking my usual bajillion pictures. For those moments of sanity where I did manage to grab the camera, here’s a glimpse into my hell week… 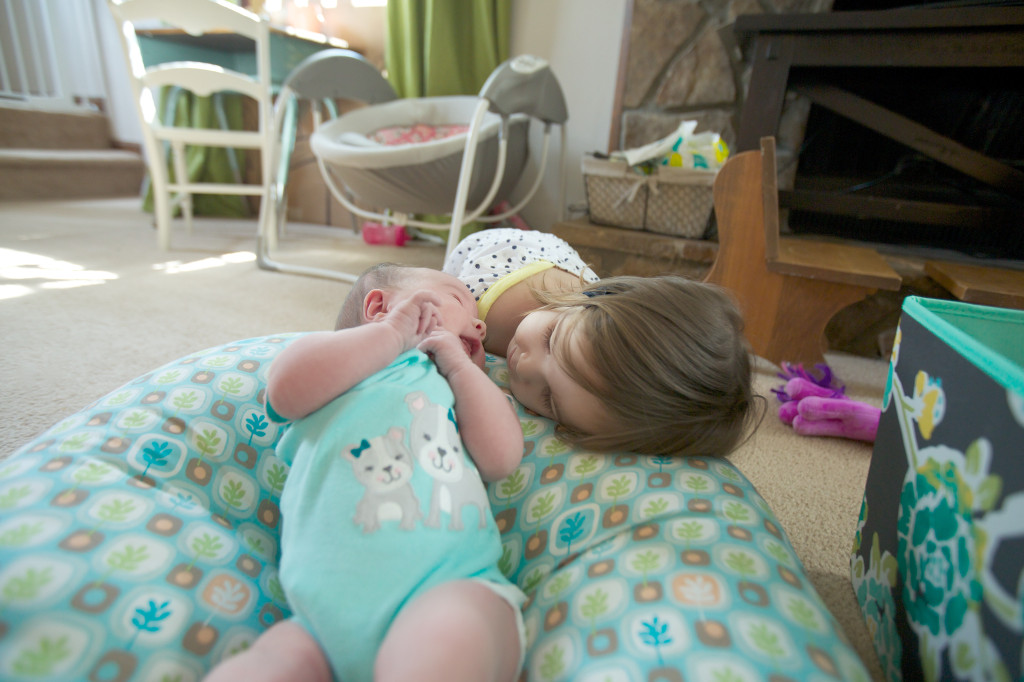 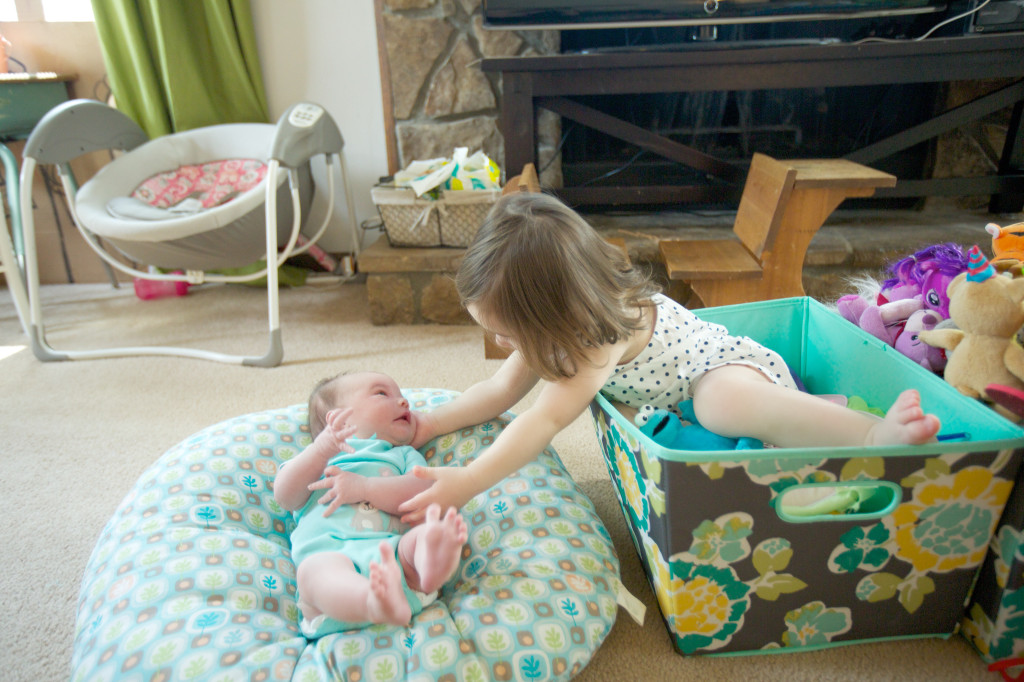 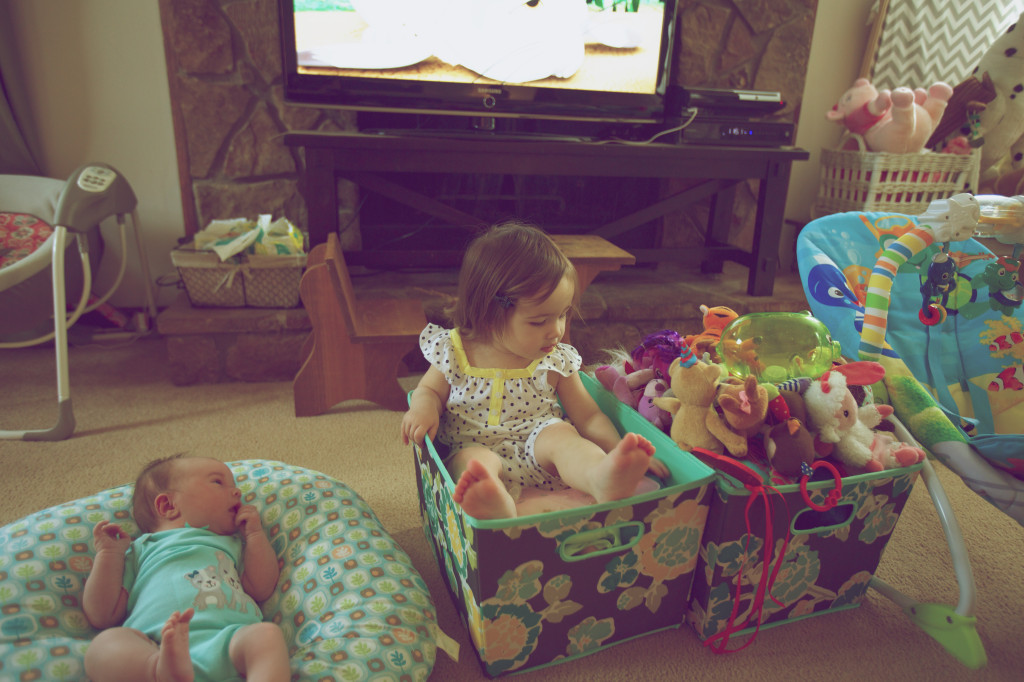 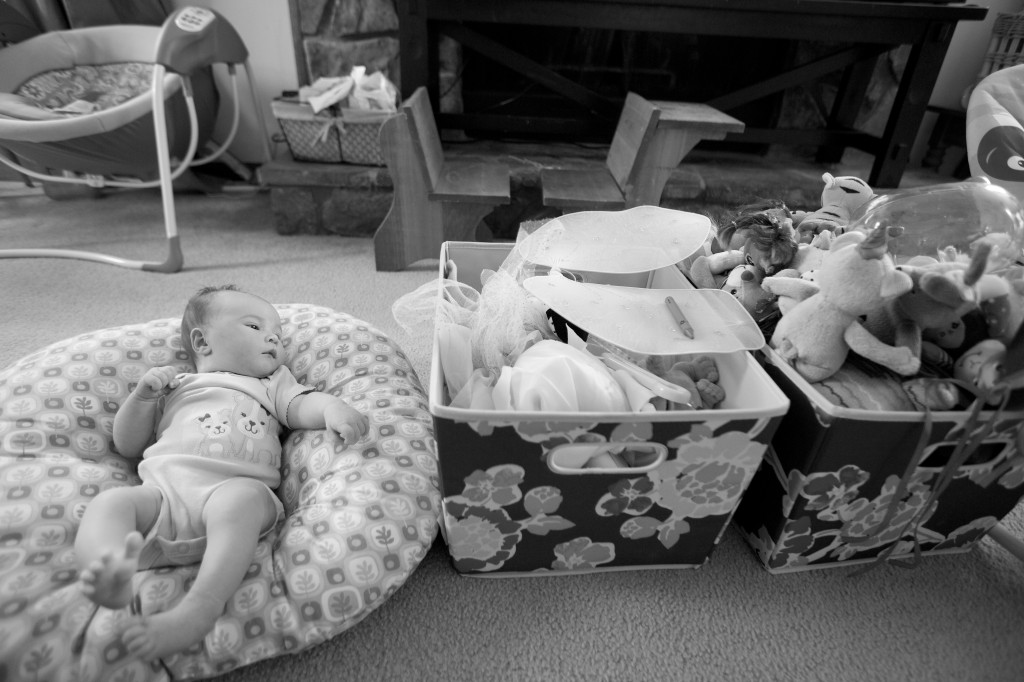 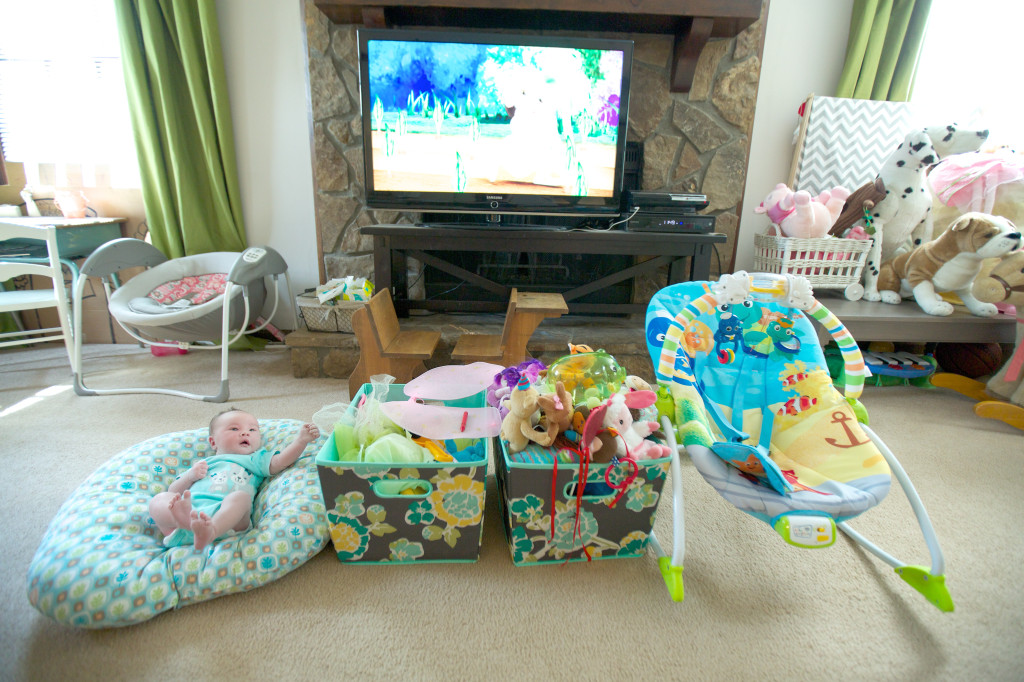 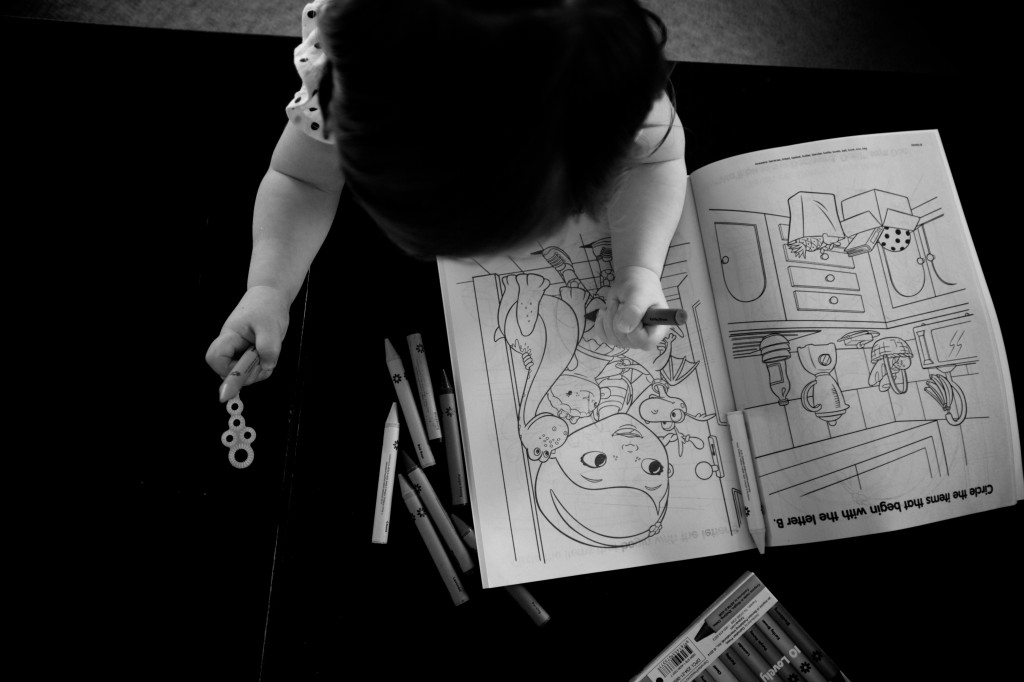 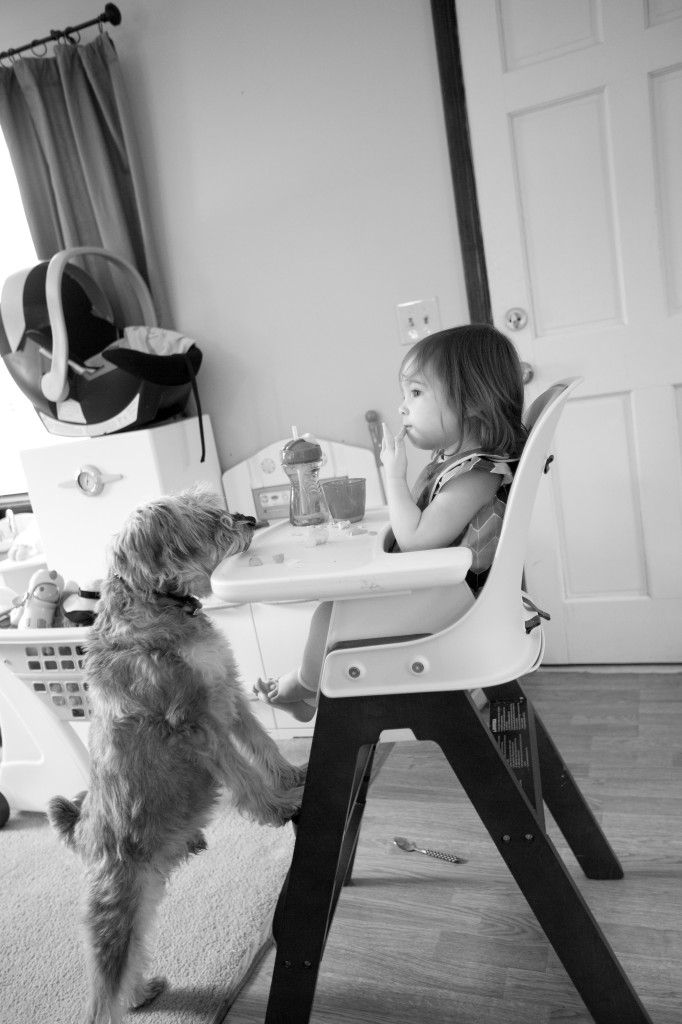 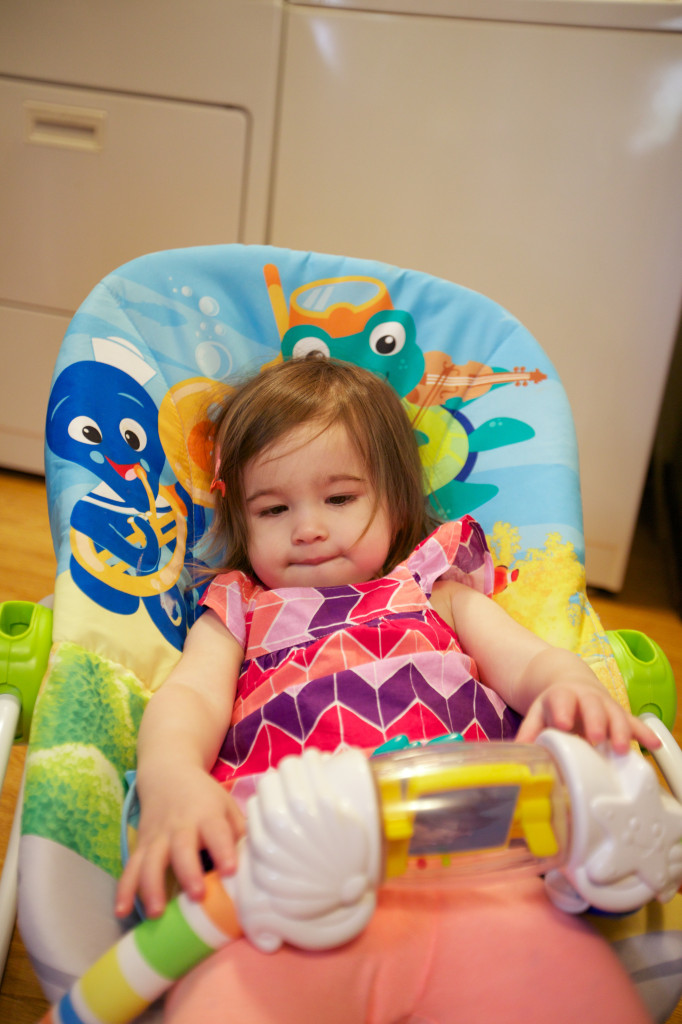 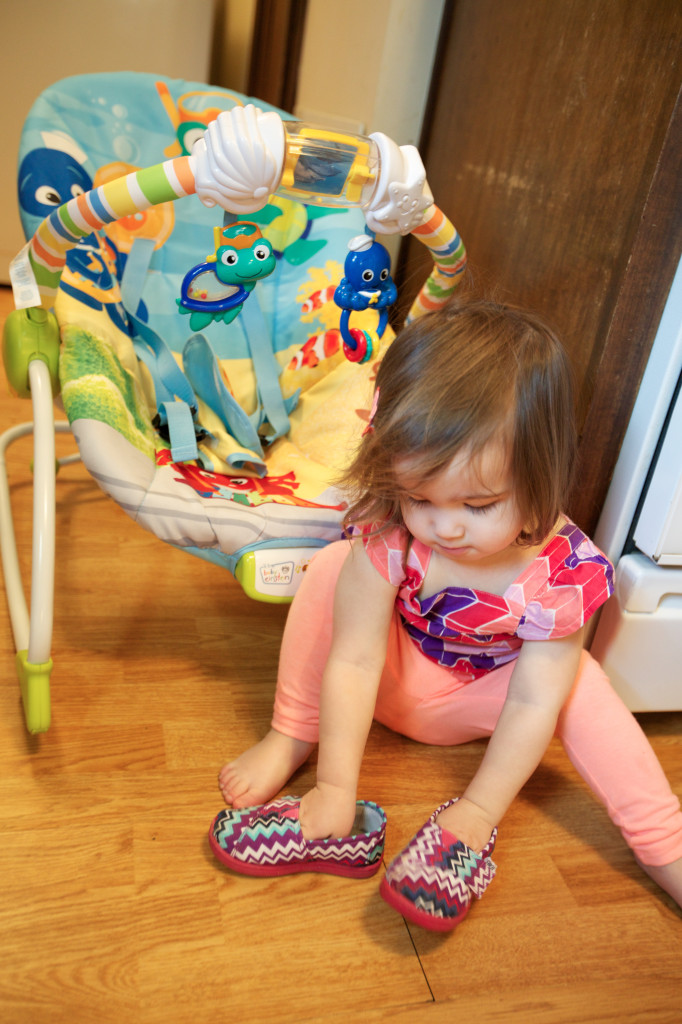 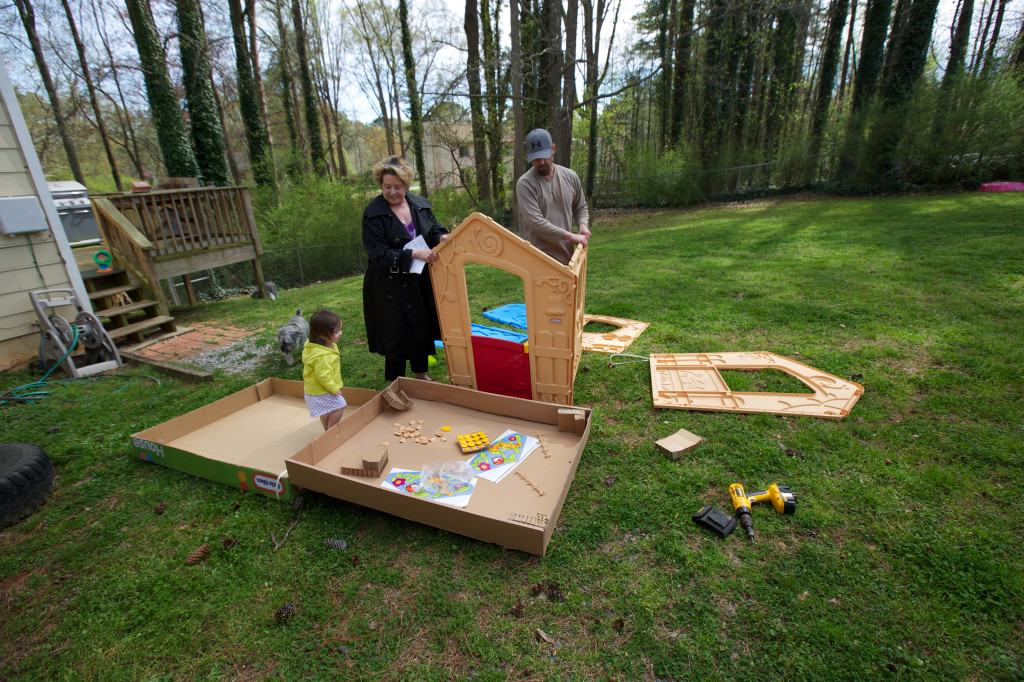 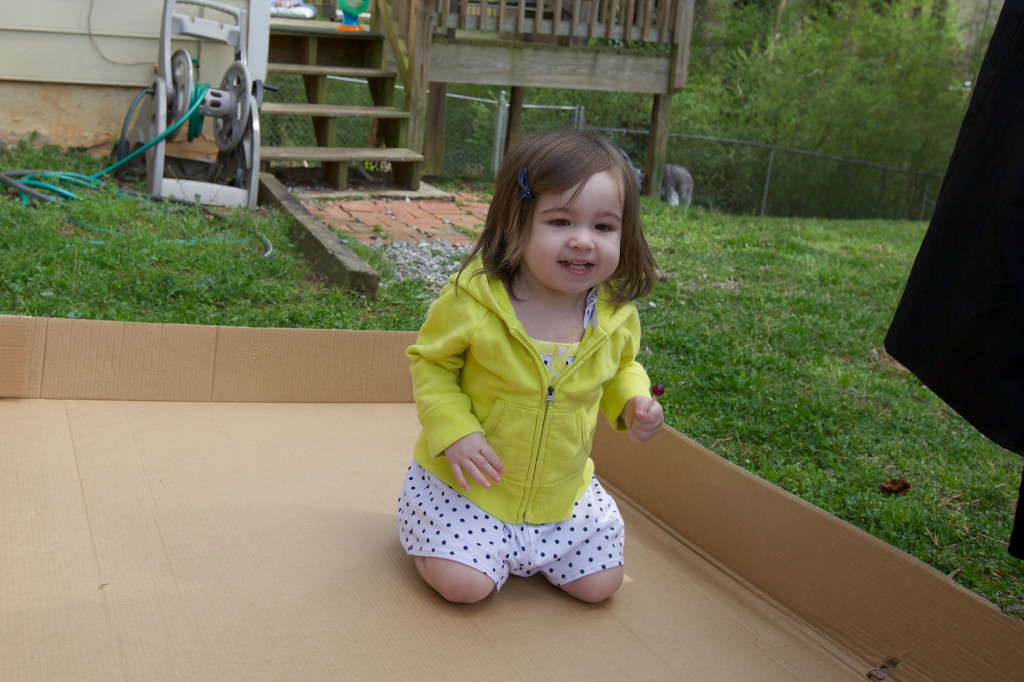 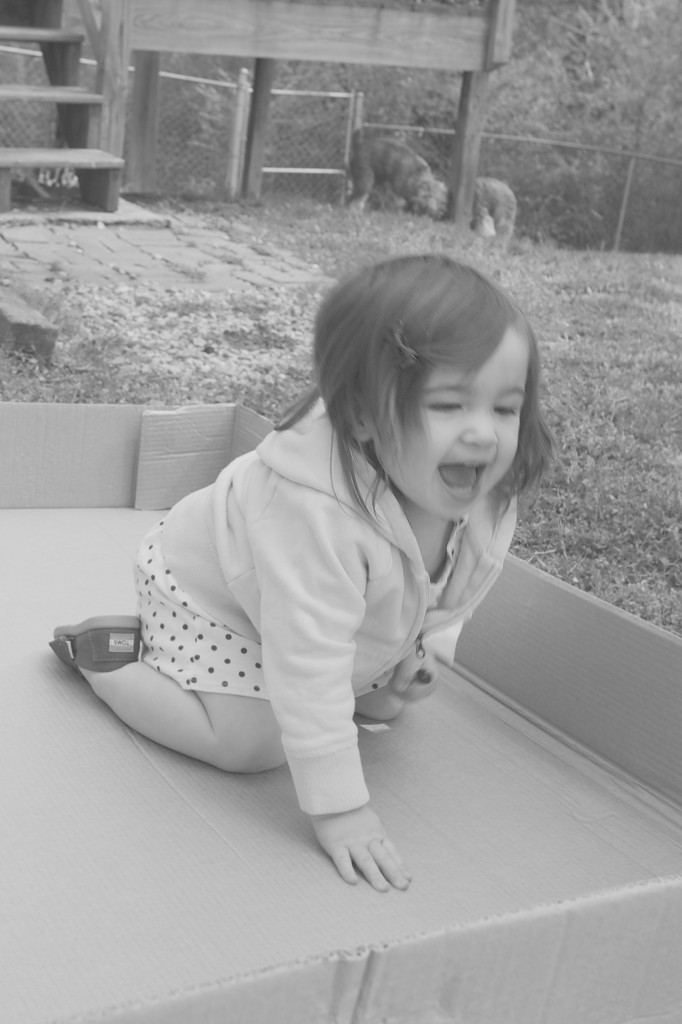 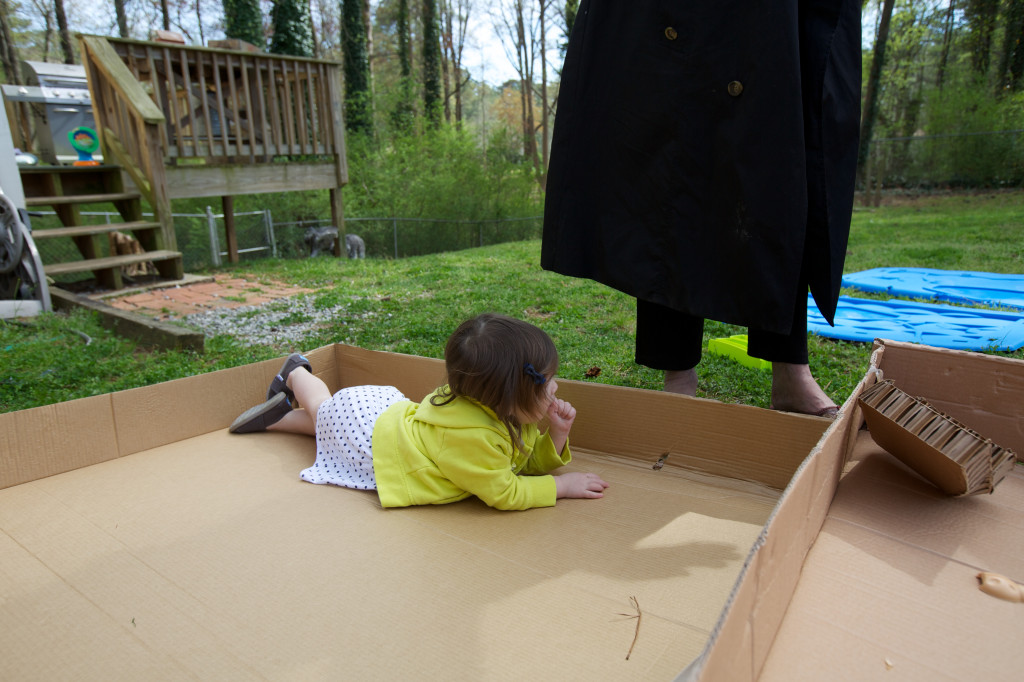