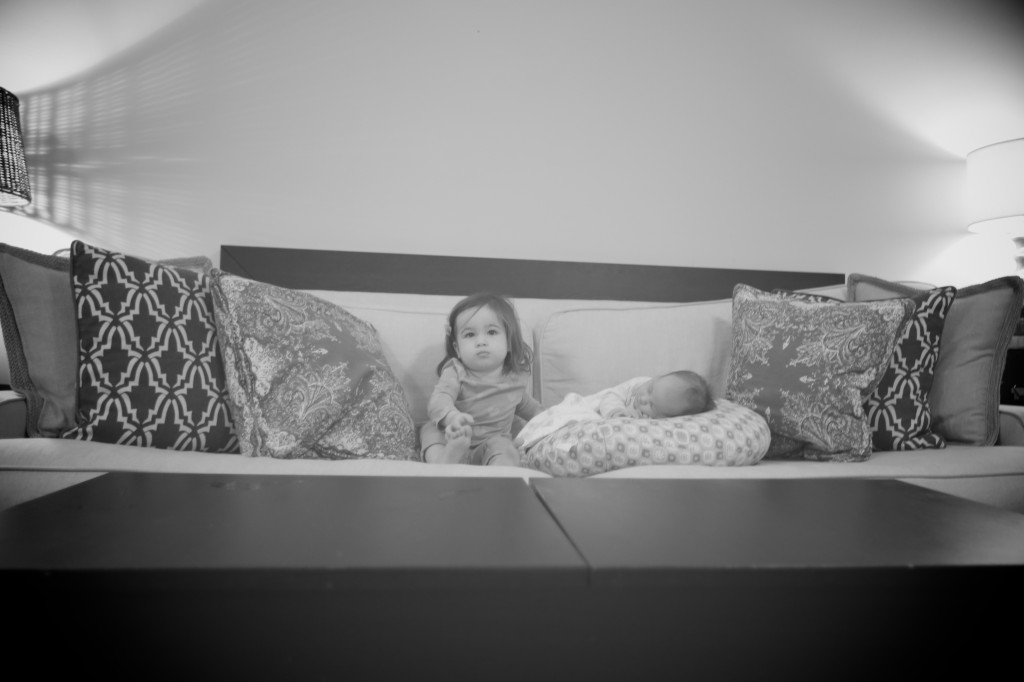 With Emma Vance, Ryan and I were set on doing everything the “right” way. I knew NOTHING about babies, and so I spent my entire pregnancy reading book after book, gathering information to help formulate a plan to how we would parent. What would our philosophy be on co-sleeping? Crying it out? Feeding? Diapering? And so on and so forth… By the time E.V. got here, we had all of our infant-parenting decisions worked out, and we were ready for whatever our newborn had to throw at us.

This time around, with Cricket, prepping for having a newborn under our roof was more like brushing up on an old skill. Babywise has been awesome for us, and we’re following its recommendations again. Because we had purchased nicer items with E.V. (comfy rocking chair, convertible changing table, etc.), we moved them into the nursery to get more use out of them with Kit. Basically, we planned on doing everything the exact same as we did with E.V., although throwing a toddler into the mix has certainly made us adjust things a bit. The biggest change we’ve made? Surprisingly, I’d say it’s how normally we’ve treated Kit versus how formally we treated Emma Vance.

With E.V., we laid her in her pack ‘n play for every single nap time; she wore a pretty dress most days, and I never minded washing/ironing them; I never nursed or snuggled her to sleep; kangaroo time was an “activity” and not a means to lull her into a nap; I fed her in her nursery, in her rocking chair every time; tummy time and reading time and music time were all scheduled into her day; every diaper was changed on her changing table…you name it, we planned for it and did it “how it was supposed to be done” — i.e. whatever life looked like in the Pottery Barn Kids catalogue. ;) With Cricket, however, we (I) just haven’t been able to be as formal as I was with Emma Vance. Instead, we’re a lot more, well, normal with our newest little one.

I remember seeing moms with multiple kids just plop them down on the couch or floor to change their diapers and thinking how it never even crossed our minds to not use the changing table. Not that we there was anything wrong with being informal; it just wasn’t what we did. Naturally, I assumed we’d be just as formal with Cricket, but these past two weeks have been anything but! With a toddler to chase around, Kit’s constantly falling asleep in my arms as I wrangle E.V., meaning she ends up napping anywhere we are — on the couch, on the bed, wherever works! Changing her diaper has become mostly a living room floor task, and I don’t even have diapers stocked on her changing table right now! Feeding her has been extremely challenging, and besides being interrupted constantly, I’ve only fed Cricket a handful of times in her nursery. (Mostly we end up sitting on the couch or in the bed while E.V. runs around like a wild woman.) All of my visions of lovingly peeking in on our little newborn snoozing away in her perfectly-planned nursery have long since become faded hopes of the past, and now I feel lucky if Cricket ends up in her pack ‘n play for most naps!

As I was settling a sleeping Kit onto a throw pillow on the couch, ignoring her stinky diaper because she was so soundly asleep that I deemed changing it could wait, it occurred to me — this is normal for most people! I suppose that it’s now normal for us, too, and we’re just going with it. I do hope that as Cricket’s schedule falls into line with E.V.’s that we get some use out of our changing table, crib and other lovely items, but for now we’re making things work. Maybe it’s appropriate to be more “normal” than “formal” with Cricket, considering we did bring her home to Amityville? ;) 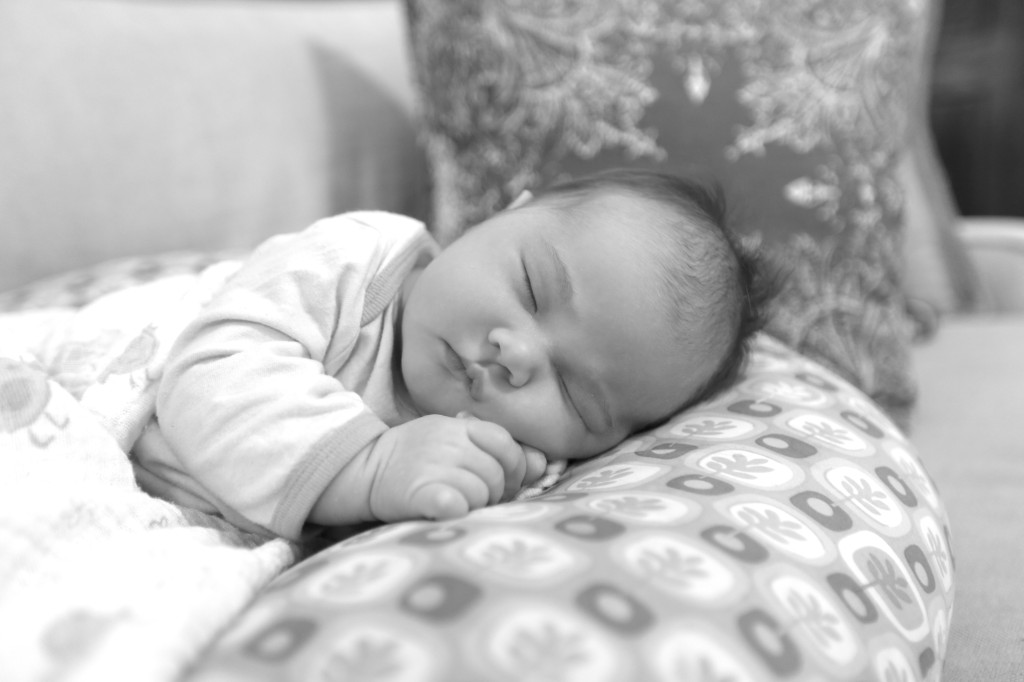 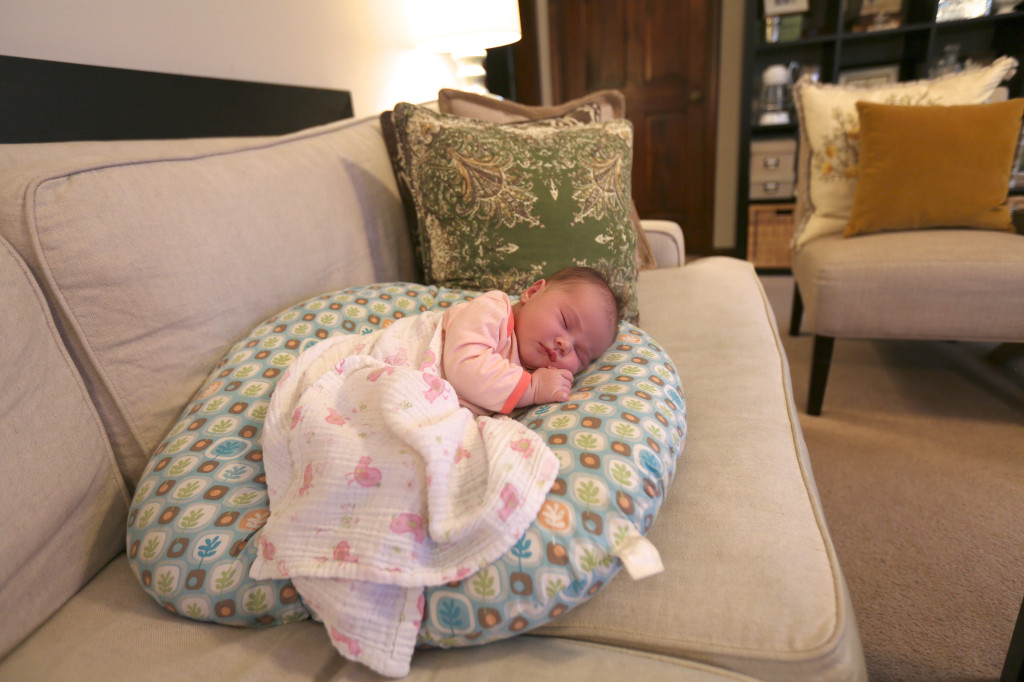