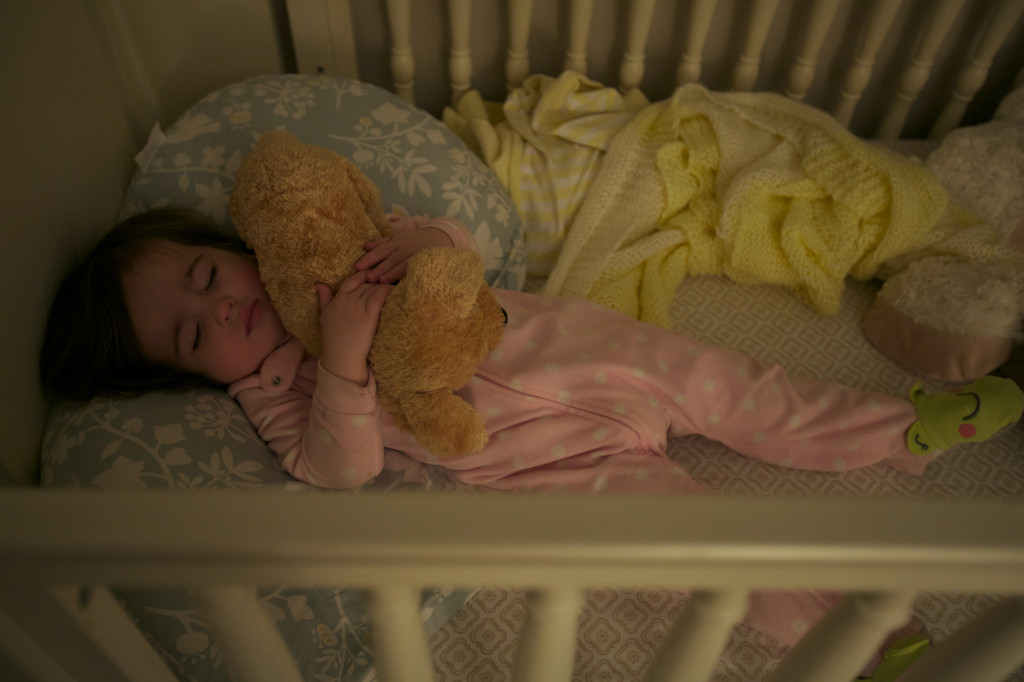 Isn’t the image of your own, sweet child sleeping the absolute best? Seriously, I could stare at her for hours with her tiny eyelids closed. She’s almost 25 lbs., but I swear I could still hold her in my arms all night just for the view!

Okay, swoon-fest over. On to the subject at-hand —  the bottle.

It’s fascinating to me how many different ways there are to parent and at how many different speeds people parent. Most days it’s just me and E.V., and I’m just doin’ my thing the best, most logical way I know how, but every once in a while I get the chance to observe or hear about another mom’s methods and am surprised. Wait, there’s more than one way to do this whole parenting thing?!? ;) One of the big issues over the past few months has been that of the bottle, namely when and how to be rid of it.

Overall, based on the families we’re surrounded with, I think that we’re pretty mid-range of when we choose to move E.V. into her next stages of life, although at times it feels like we’re on the slow track. Truthfully, I’m not eager to make her grow up faster than necessary. I want to treasure the last remaining moments of babyhood with her. There’s so much time for her to be a kid, why rush it? Part of this unhurriedness with which we’ve approached her toddlerhood has been her pre-bedtime bottle. She was quick to switch to a sippy cup during the day, but we’ve held onto that last bottle of milk before bed. It’s part of our routine, a time for everyone to snuggle and relax, a time for quiet bonding. Honestly, if no one told me that I needed to get rid of that last bottle, I wouldn’t even think about it; it’s perhaps the most pleasant part of our day in this phase of life. However, I distinctly remember being at the doctor’s office (not with our primary doctor) for Emma Vance’s one-year appointment just days after her party was over, and the pediatrician walked in and asked me point blank, “So are we off formula and bottles yet?” Huh?!? Everything I had researched prior to that appointment said not even to think about introducing milk or ditching the bottle until after the baby’s first birthday — so I hadn’t. Plus, it felt so early to be completely ridding ourselves of those things; I had nursed until 10 months, so this whole bottles-and-formula-only thing was practically brand-new to us! I felt a little ashamed to tell the doctor a resounding “no” on both accounts, but I did (and then listened to a lecture about the whys and hows of doing those two things). I took the doctor’s advice with a grain of salt and then forged ahead on our own timetable, which (in all honesty) was a bit fuzzy. It was after this appointment that I started really noticing who was bottle-free and who wasn’t, which helped me draw the conclusion that there’s no universal timeline that all of us parents follow.

As for our timeline here in the Shove household, the past six months have not been ideal for ditching bottles since they’re the quickest way to get E.V. to sleep on-command or to calm down. (Recently E.V.’s been on several planes, been very sick, and gotten a TON of teeth.) Really, the past six months in our lives overall has been crazy, so an emergency bottle here or there hasn’t been a big deal in my parenting world. (And, once again, I actually like our bedtime/bottle routine.) Truthfully, when I’ve seen another mom with a toddler drinking from a bottle, it’s been a relief. I’m not the only one! However, with the impending arrival of Baby #2 (in less than three months!) and the inevitable potty-training that’s in our future (in about six months), I knew it was getting close to the end of our relationship with the baba.

One of my greatest fears has been not only ditching the baba itself, but ditching the full belly that 8 oz. of milk gives her to sleep throughout the night. On occasion, E.V. has not wanted to drink her milk, so she’s gone to bed without it — and then inevitably spent the entire night begging for a baba. (Translation: no milk belly = no sleep for me!) I know that it’s possible to have a toddler drink 8 oz. from a sippy cup at night in order to simply be rid of the baba, but to me the two go hand-in-hand. (Why go through two rounds of weaning?) Plus, if we’re going to be potty training shortly after the new baby gets here, she needs to be off of her nighttime milk to help with successful, dry nights (from what I’ve read), and I’d just resolved to get rid of the two together instead of going through weaning off of a nighttime sippy cup while also sleep training a newborn. After officially crossing over E.V.’s 18-month mark this week, I knew it was time to move forward…

Last night I replaced E.V.’s baba with a sippy cup of milk (8 oz.) and a roll. She scarfed the roll and drank about an ounce of milk, looking at me like I was a crazy person for handing her a sippy cup at 6:30 p.m.  I put her to bed and crossed my fingers. At 6 a.m. she made her first peep, asking for a baba and “bunnies” (Annie’s Cheddar Bunnies), and within 45 minutes, we were both up and in the kitchen for breakfast. (“Eggies?” Yes, dear, Mommy will make you eggies even though it’s still dark out.) Truthfully, for a first attempt, I was pretty happy (although at 6 a.m. I felt differently); she didn’t beg for a baba during her usual bedtime routine, and she slept longer than I thought she would. (I had envisioned a 2 a.m. cry for a Waffle House patty melt plate or a Taco Bell fourth meal coming from her nursery…) During the day, nothing changed about her drink routine, although she did dig in the cabinet this afternoon and bring me a bottle (base and ring!), asking, “Baba? Baba?” Despite her cuteness, I gave her a sippy cup of milk instead and that was the end of that. There was no begging for a baba tonight either; it seems that the attachment I thought she had for the bottle was only my misperception — or, perhaps more accurately, it was my own projection of wanting her to stay a baby a little longer…

She rejected all snacks except for a few cheddar bunnies this evening, so we’ll have to see if those (and an ounce of milk) hold her over again until at least 6 a.m., although, dear God, that cannot be our new wake up time! :/ In the next few days we’ll box up those lingering bottles so she can’t dig them out again. Out of sight, out of mind! This transition happened way faster than I had imagined (although I’m sure there will be some long, hungry nights in the weeks ahead), so I’m glad I waited until now to do it. However, I do have to admit that the knowledge that we’ll soon have another little girl to fill that baby-shaped hole in my heart makes accepting Emma Vance’s waning infant habits a bit easier. Is there any way to slow this whole growing up thing down? Anyone??? 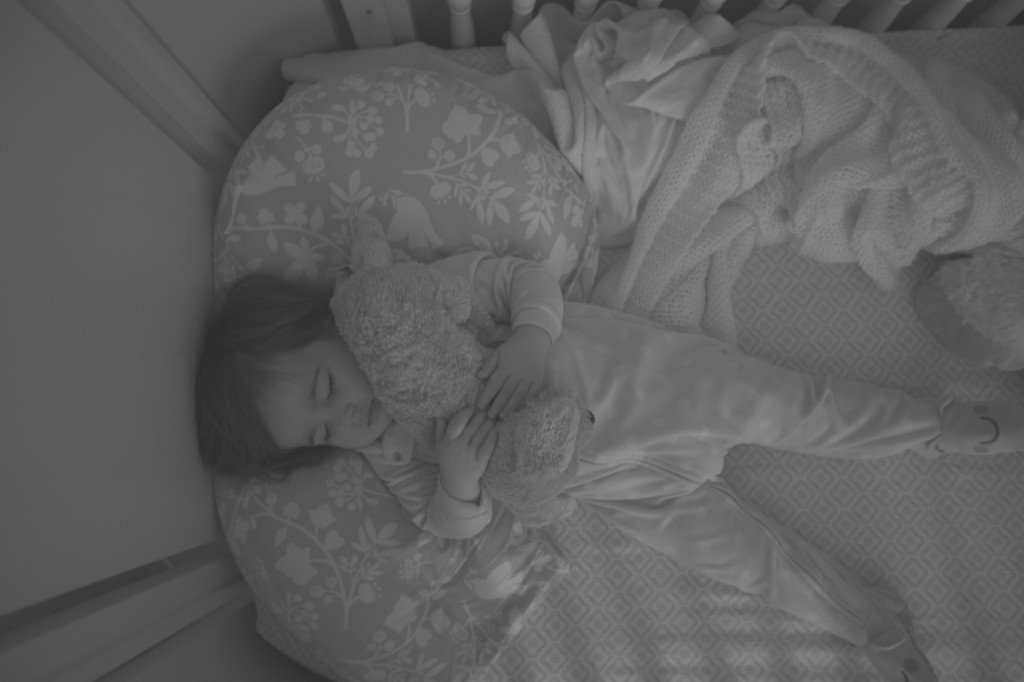 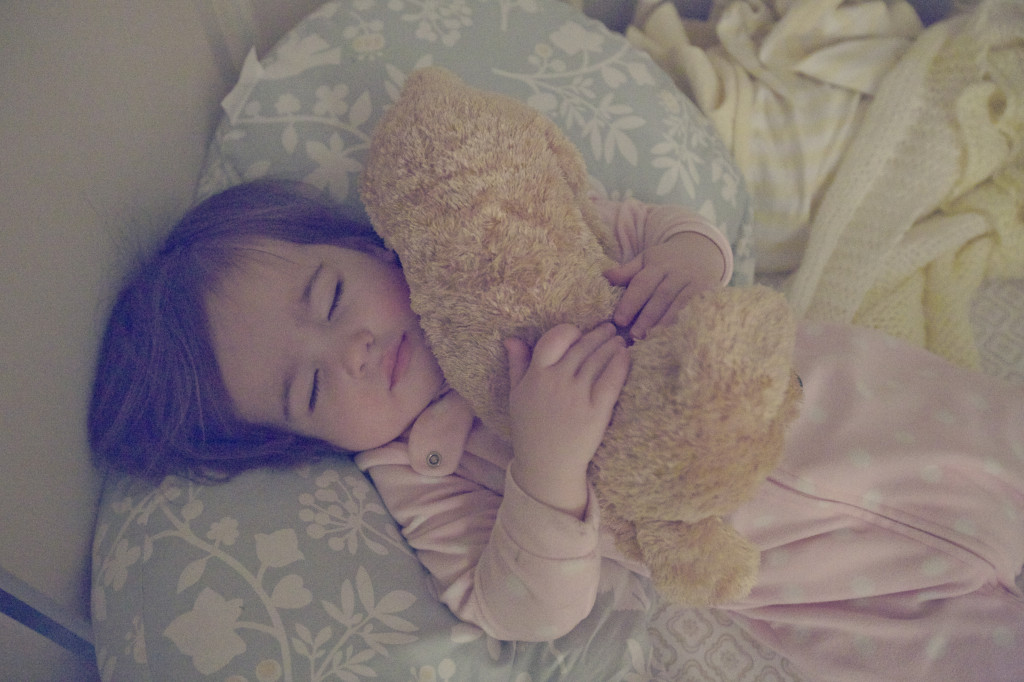