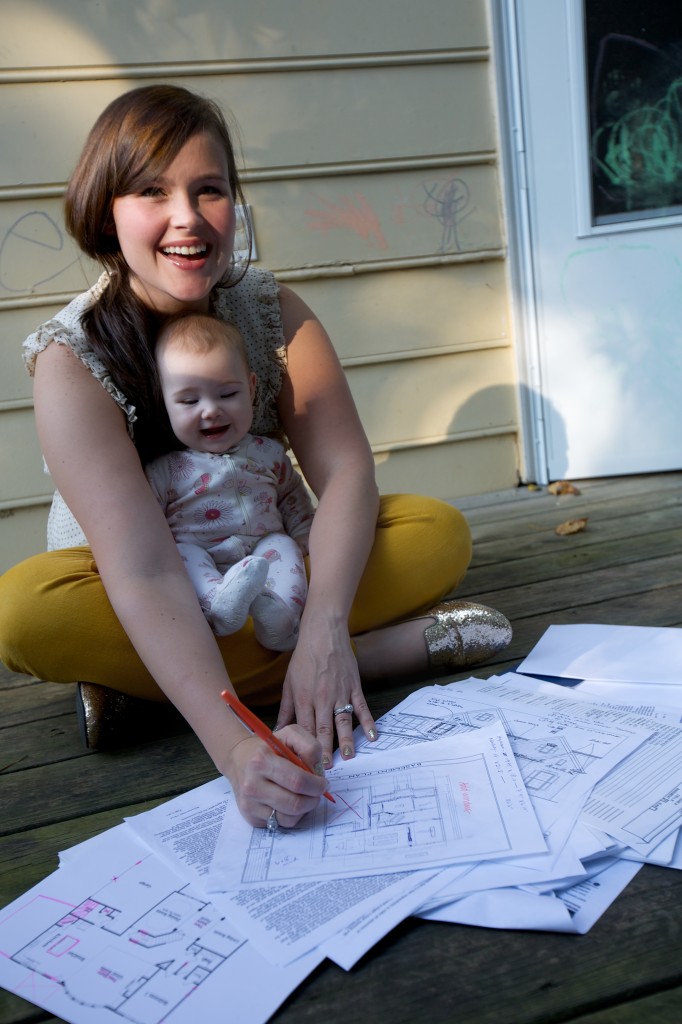 Whew. We had our structural meeting with our builder yesterday, and to say that it was exhausting is an understatement. It was so intense that afterwards I needed a Venti Pumpkin Spice Latte to recover. Or two. (But who’s counting??)

The building process is brand new to us, and before starting down this road, I had no idea how heavily the weight of simple decisions would bear down on me. The builder’s agent forewarned us that although we’d try to think of everything possible, we’d inevitably miss something. (Challenge accepted.) We initially signed our contract about six weeks ago, but due to some unanswered questions, we’ve been letting it expire and then renewing over the past month. For the last few weeks we’ve seemed really silent on our end, and I think the agent was afraid we were reconsidering our contract; little did he know that we were buried in house research!

The neighborhood we’re building in has a wide price range of homes, but the floor plans that are within our budget are limited. We immediately ruled out all but two floor plans for various reasons, and after a lot of consideration, ended up choosing a brand new one — meaning that we didn’t even get to walk through it before signing up! Yikes! Thankfully they’re in the beginning stages of constructing our floor plan for another family in another neighborhood, so we’ve been dragging our feet a bit in order to see what we’d like to change as that house gets built. However, we haven’t wasted our time. Ryan and I’ve spent so. many. hours. pouring over the 2D plan, the elevation (front of the house) and the design options. I can’t even begin to tally the time in my mind. And I don’t want to or I might cry. In the past month, Ryan and I have driven through more than 20 neighborhoods, viewed hundreds of houses, walked through 50 homes and thoughtfully considered a million different options. Our builder is a production builder — meaning that they have stock floor plans; this will not be a custom house. However, they will make a few reasonable adjustments and additions (for a price, always for a price!), and we’ve been consumed in trying to make sure this house will be a good home for us in the long run. Along the way we’ve been keeping a spreadsheet of all our wants and desires (and their subsequent prices), and yesterday when we finally sat down to declare our changes to the agent, the list ended up being a looong one. In fact, we sat with him for almost three hours. THREE HOURS. And mind you, this is only our structural meeting, which includes framing, sheetrock, plumbing and electrical. We didn’t even start to discuss the pretty stuff like finishes. We spent three hours spent talking about doorways and open railings and extending pantries. Yeesh.

As we ran through our wish list with the agent, there were a lot of, “Oh, I see…Okay, good thought!” type of comments from his end. As the time ticked on, I think he began to get a good picture of how crazy-detailed Ryan and I are. I mean, I’ve walked through this house A MILLION times in my mind. (And, because we dragged our feet so long, I’ve walked through the real floor plan now four times in the other neighborhood.) Eventually we got to the extra outlets we’d like to add, and when Ryan said, “We’d like to place two on the exterior of the house, on either side up near the roofline,” the agent looked at him like he had two heads. “For Christmas lights,” Ryan added, which turned the agent’s confusion into a grin. I mean, who doesn’t need Christmas light outlets on the roof???

Apparently there’s another family building the same floor plan on our street, so I inquired during our meeting what changes they were making (i.e. “What are they thinking of that we aren’t??”), and the agent responded, “None.”  None?!? I’m beginning to realize through this process that my OCD is in full bloom. The idea of just accepting something as important as my house blindly and without any adjustments is so foreign to me! Of course, they’ll be the first house done in the neighborhood because they’re being so agreeable, but I’ll take a few more months in Amityville to get my house perfect (or as close to perfect as is realistic within our budget). By the way, it looks like we’ll be the fourth house completed, in case you’re wondering. ;)

At the end of the meeting, weary and brain dead, Ryan and I left feeling like we’d covered almost everything. And when I say “almost,” I do feel a haunting sense of having forgotten something. (I suppose it’ll feel that way until everything’s said and done, right?) The good news? We’ve got one more chance (at our Pre-Construction Conference) to make any last minute changes…so let’s hope by then that I’ve thought of every last detail! And if I haven’t, then I blame all the yucky ingredients in Pumpkin Spice Lattes for rotting my brain. ;) Dear Starbucks, It’s your fault my kitchen light switch is in the most inconvenient of places. I will take reparations in the form of Venti Dark Roast Pour Overs and Iced Chai Tea Lattes. Love, Talie 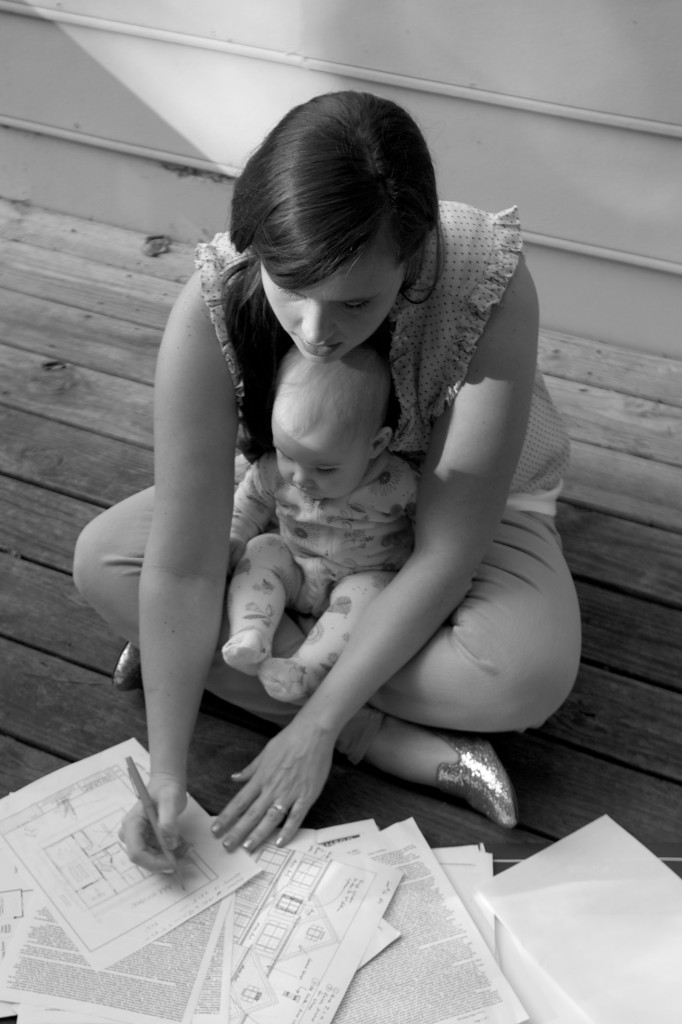 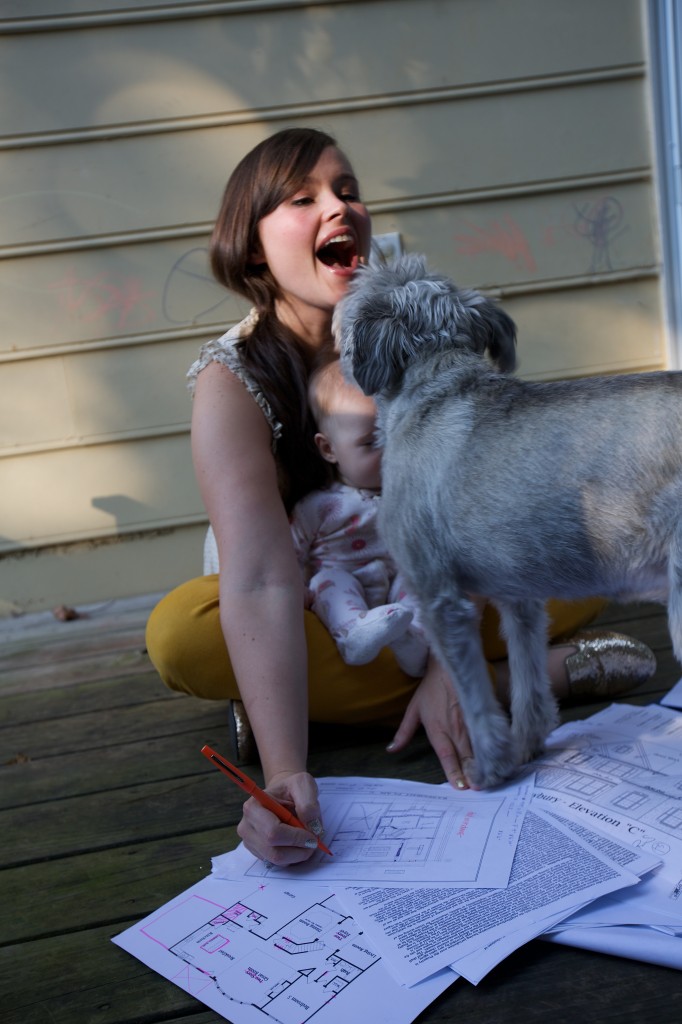 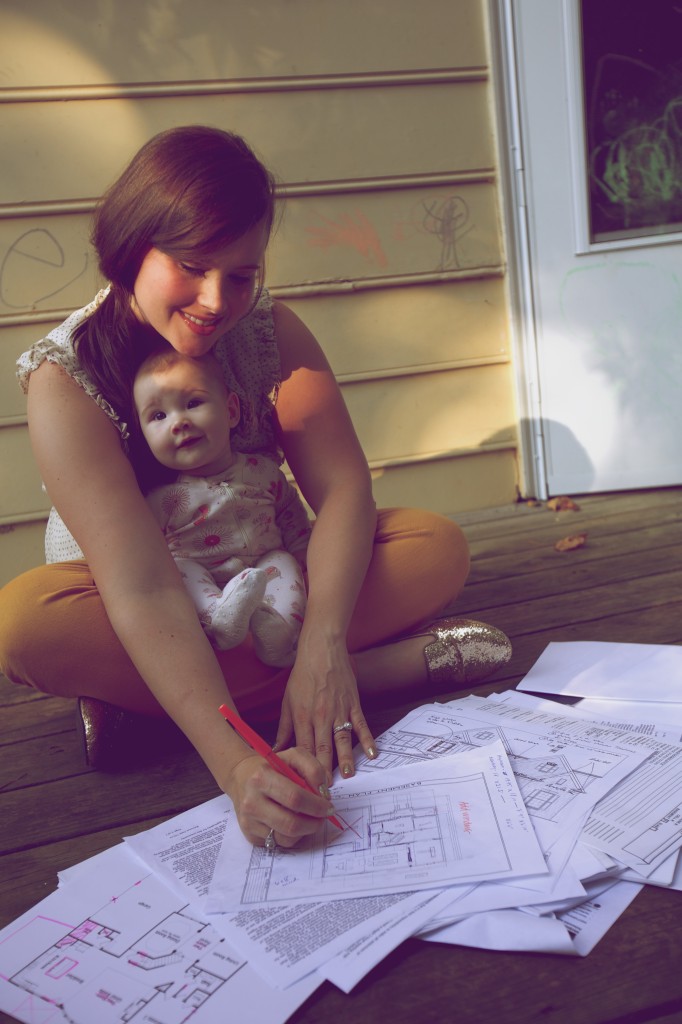