Emma Vance’s “love” for Cookie Monster came out of a running joke: When she was new to the world, we’d change her diapers up to 20 times a day (no exaggeration), and the particular brand we chose had Sesame Street characters on them. Every time we’d change her, we’d show off the new diaper as she laid on the changing table, talking to her and engaging her during those small moments of wakefulness. Then Ryan and I noticed a pattern: It was uncanny how on the occasions where we chose a Cookie Monster diaper, she seemed happier and more aware of what was happening! Thus it became a running joke that Cookie Monster was her “favorite” diaper.

Fast forward seven months, and the joke is still running. Now that Emma Vance is a big girl who LOVES to feed herself, we’ve introduced teething biscuits…which, let’s be honest, are really just almost-burned cookies. E.V. isn’t cutting any teeth yet, but she’s definitely chewing on anything and everything as if those little white bumps are eagerly making their way toward daylight. I figured teething biscuits, then, could serve two purposes: teaching her to feed herself and giving her something hard to chew on. I had NO idea that they’d be so messy–or that she’d take to them like a little Cookie Monster herself! We usually try to save them for after her actual dinner, but I’ve been trying to mix it up just a bit by letting them be her “toy” to play with while waiting for her meal. The other day I handed her one, turned around for a few minutes to make the grown-ups’ dinner, and when I turned back around, this is what I saw! The only thing missing was the distinct sound of Cookie Monster’s nom-nom-nom-ing! 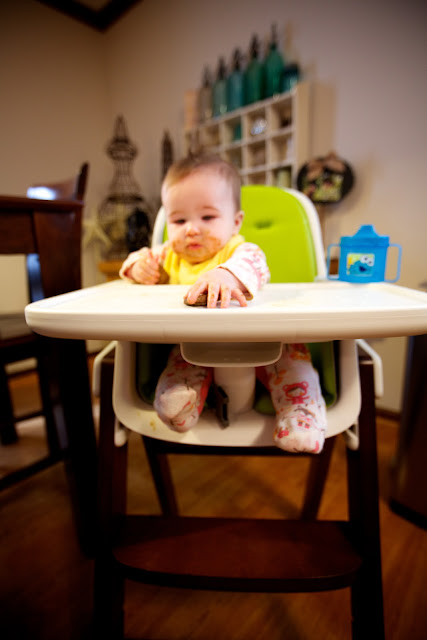 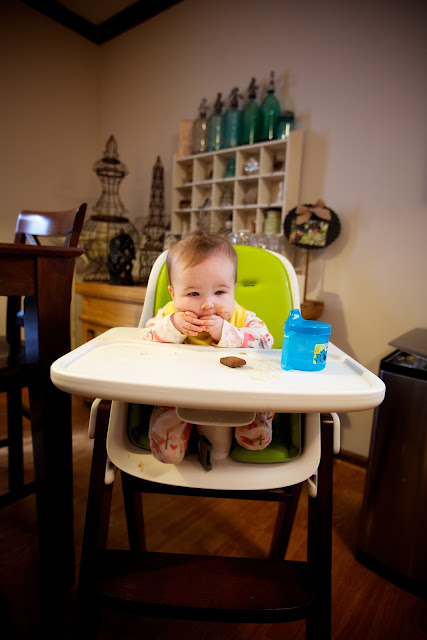 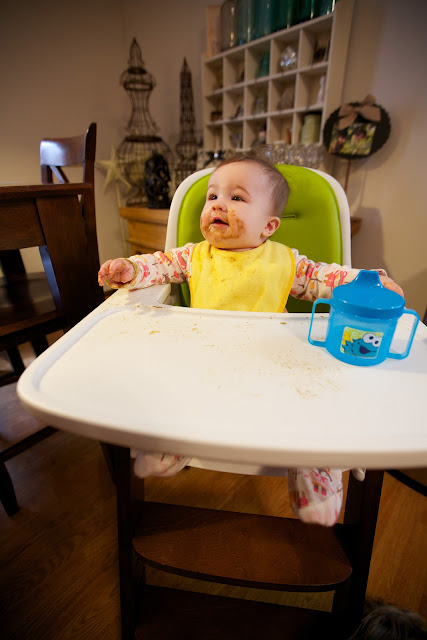