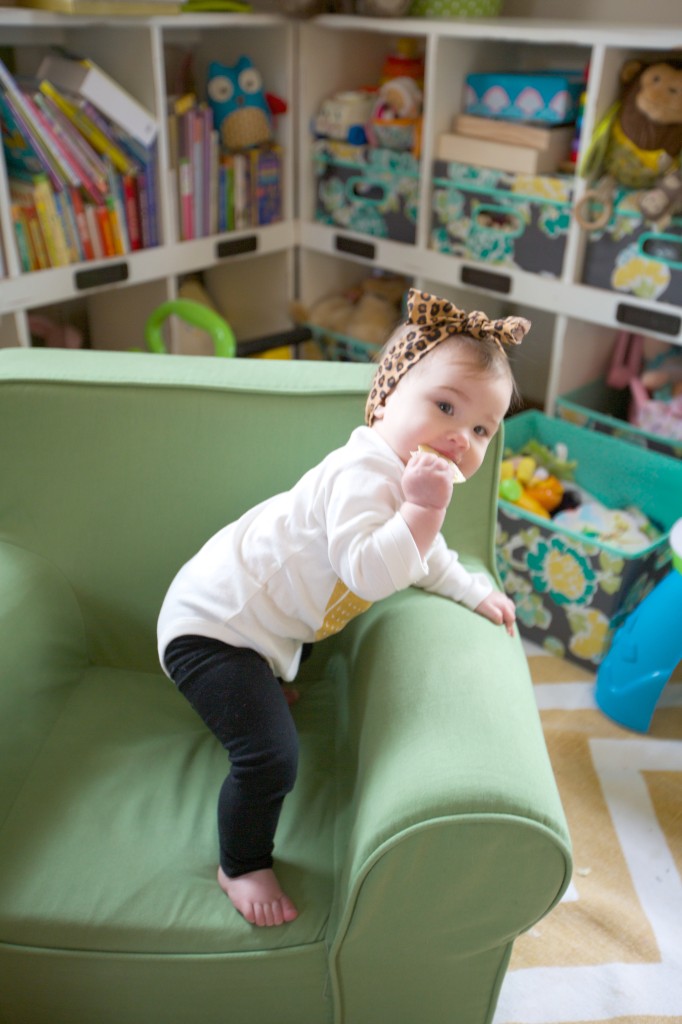 I remember with E.V. that we were so cautious about what we were feeding her when: no dairy before 12 months, no nuts, soft carbs marketed toward babies, pureed veggies forever… But as it always seems to go with a second child, we’ve been much more lax with Cricket, and it seems to be having an effect — mostly that the kid will eat ANYTHING! In fact, at every meal I find myself amazed at what and how much that child eats! ;) Whether it’s noodles, frozen peas, waffles (frozen or warm), cereal (and milk!), whole strawberries, orange slices, turkey, cheese, hotdogs (cut up or not!), meatballs, pickles…it doesn’t matter to Cricket. I’m fairly certain that she’s hungry all. the. time. It’s become such a running joke around our house that she’s earned herself the nickname Cricket Compactor. ;) (Not exactly the moniker a girl would want!) And to make matters worse, my poor, hearty trash compactor of a child looks even more ravenous when placed against her sister, who at the current moment in time is in a typical toddler picky-eater phase. (How many Applegate Farms chicken nuggets can one child eat?!?) Regardless, I’m enjoying indulging my foodie baby, serving her anything and everything I can think of these days, and she’s enjoying free range of my plate.

One of both E.V. and Cricket’s favorite snacks is crackers, which seems pretty average…except that Cricket now says “crah-ka.” Seriously? A few months ago those murmurings turned into distinct “mamas,” and all of a sudden Cricket was talking, which was so fun. And then, since “mama” is a common first word, we started waiting for “dada” to emerge, as we naturally assumed it would be her second word. Nope. I’ll never forget the first time I heard her utter “cracker:” It was early morning, and E.V. had woken before dawn, starving. We pulled her into our bed in hopes of getting her to pass out until a reasonable hour, but she was too hungry and started begging for food. By this time Cricket was wide awake as well, and stared me down as I lazily handed E.V. a handful of “circle crackers” (toddler speak). She began mumbling, and although I was half asleep, I popped right up at the distinct sound of “crah-ka” coming from my eight-month old’s mouth. And then again — Crah-ka. Her second word! So I did the logical thing to do when your tiny baby randomly starts asking for food — I handed her a cracker! ;) Since then mama, cracker, Emma and baba have been staples of Cricket’s vocabulary. (Sorry, Dear, we’re working on “dada!”) Although she’s a long way from having a real conversation, it’s a good start…and a memorable one! ;) 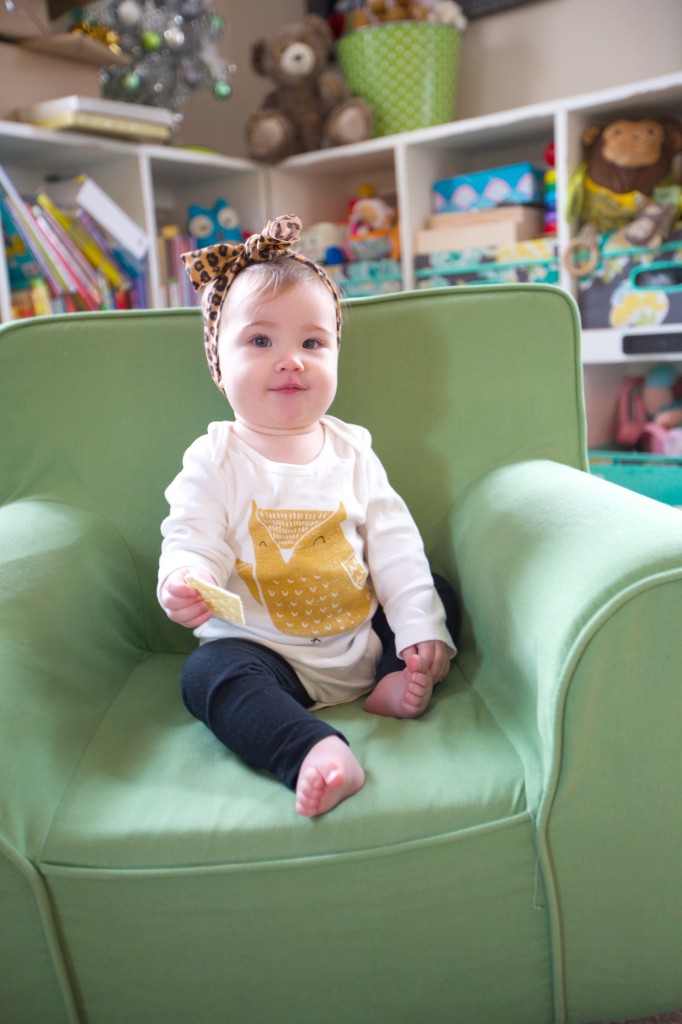 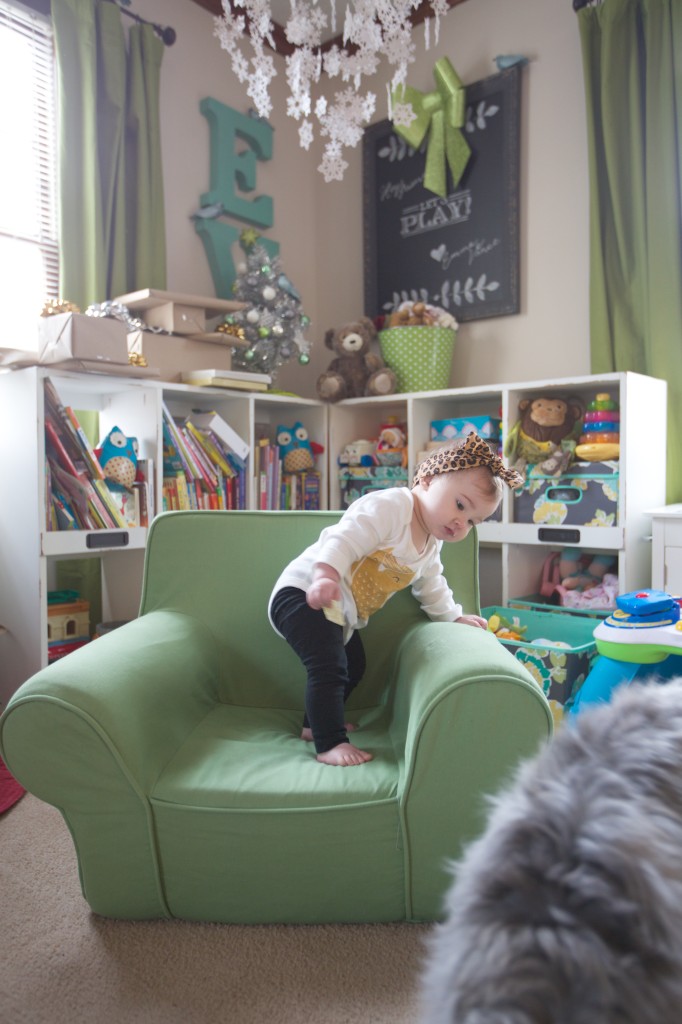 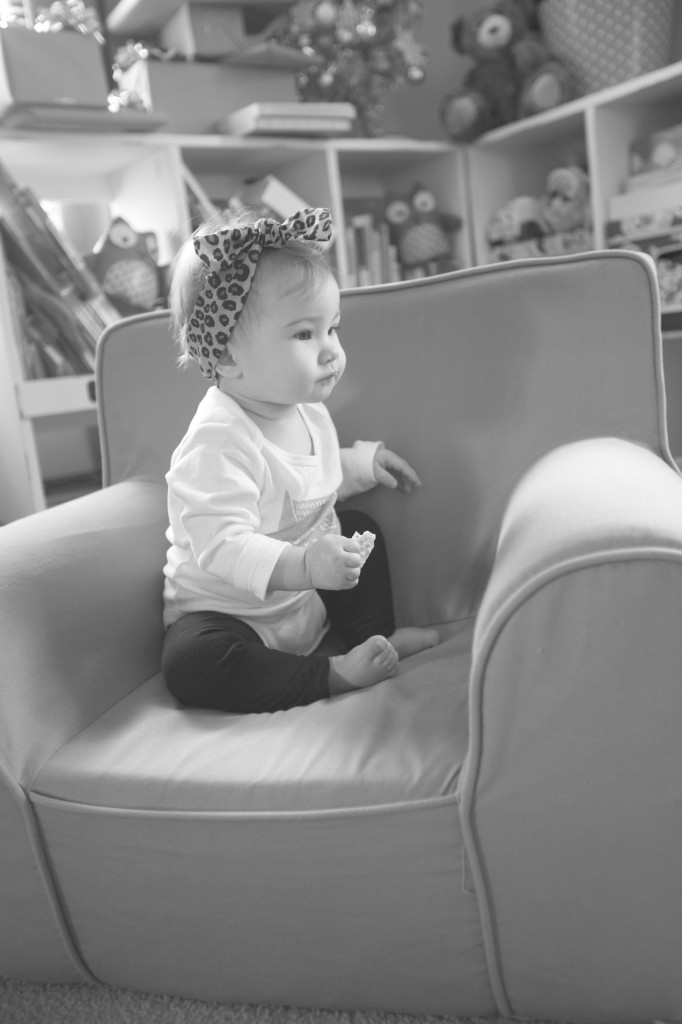