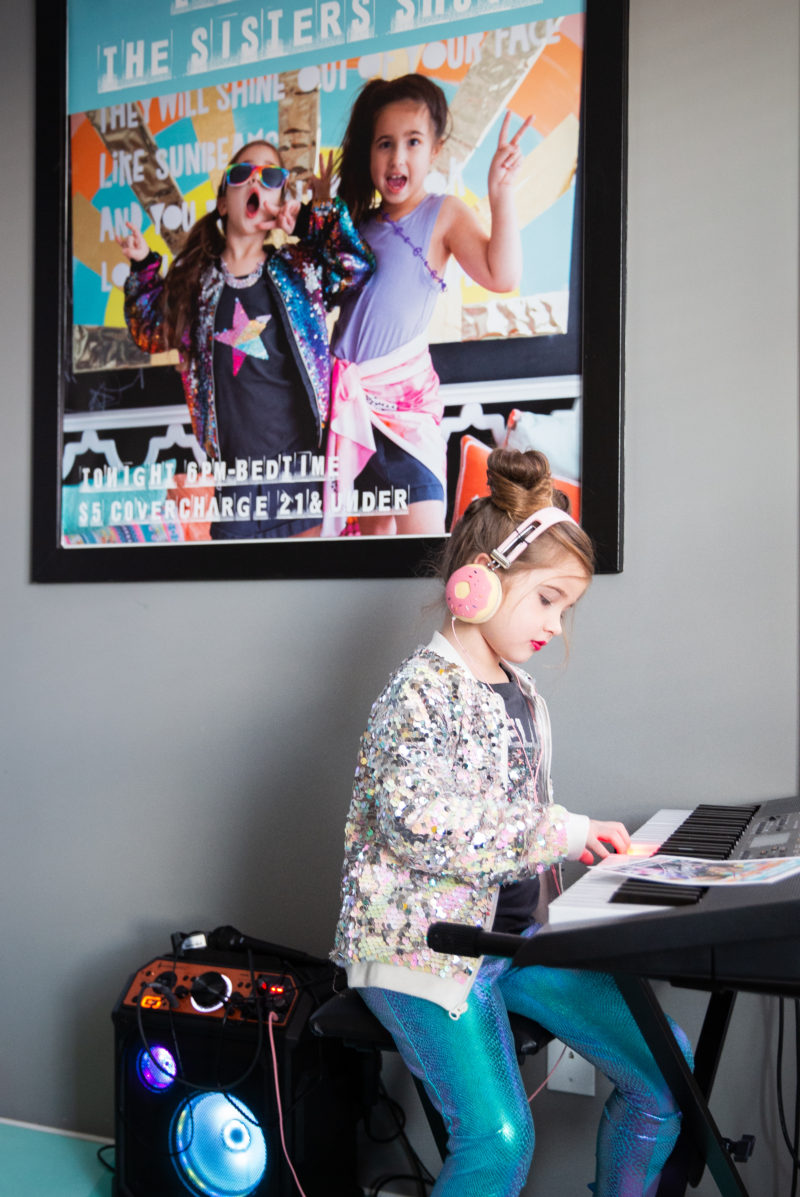 Little known fact: The Shove girls have a band.

It’s called Dia de Los Muertos and for about two months this winter a sign-up sheet was stuck to our front door announcing “Band Sign-Ups.” No one ever signed it. Sigh. (Well, Ryan did, but that upset the girls, who insisted that the band was kid-only. Ageists.) Shortly after that, a new sign-up appeared in our playroom. This time the age limits were explicitly stated.

I’m not exactly sure what Dia de Los Muertos’s best-known hits are exactly, but I do know that I was sold a ticket by their “manager,” a short, curly-haired woman dressed in business clothes with an eerie resemblance to one of the band members, who gave me the hard sell:

“It’s $1 for a regular seat. $10 for a good seat. And only SIX DOLLARS for a backstage pass and the chance to come to the band’s rehearsal.”

(I bought the cheap seats, but since the “manager” can’t really count yet, I convinced her my coins totaled $6. That’s how you do it, girls.)

The other day, in preparation for the show (that has yet to still happen; do you think I got scammed?), the band was locked in our downstairs playroom in a heated argument over what they should do first — sell more tickets or write songs. To Cricket’s position, “We need money first, so we need to sell all the tickets. Then we can worry about practicing.” An unsurprising point coming from Cricket.

About fifteen minutes later, shouts of joy could be heard all the way across the house:

We did it! We found our sound!

(From the muffled music I could hear, the Dia de Los Muertos “sound” is strangely familiar — kinda’ like one of those auto-tune songs on a keyboard similar to the one we bought the girls last Christmas. Funny.)

While I eagerly await my backstage pass to the latest Dia de Los Muertos concert, the girls got a chance to test out their rockstar style at school for Kindness Rockstar Day. (Gah, I love having little kids.) Emma Vance refused to let me take any pictures of her 90s grunge vibe, but DJ Lightning (Cricket’s band avatar) let me sit in on one of her sessions. Lucky me!

Enjoy, and just imagine all the sweet tunes being spun in our household lately… 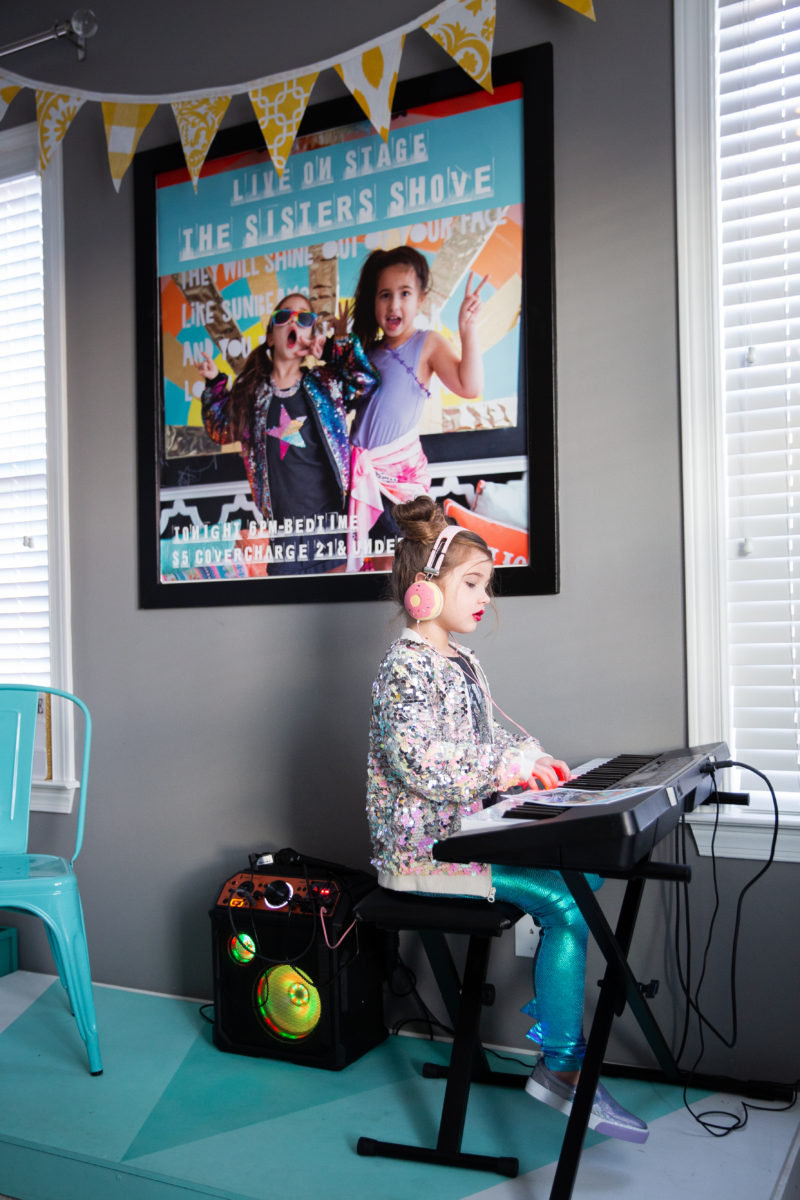 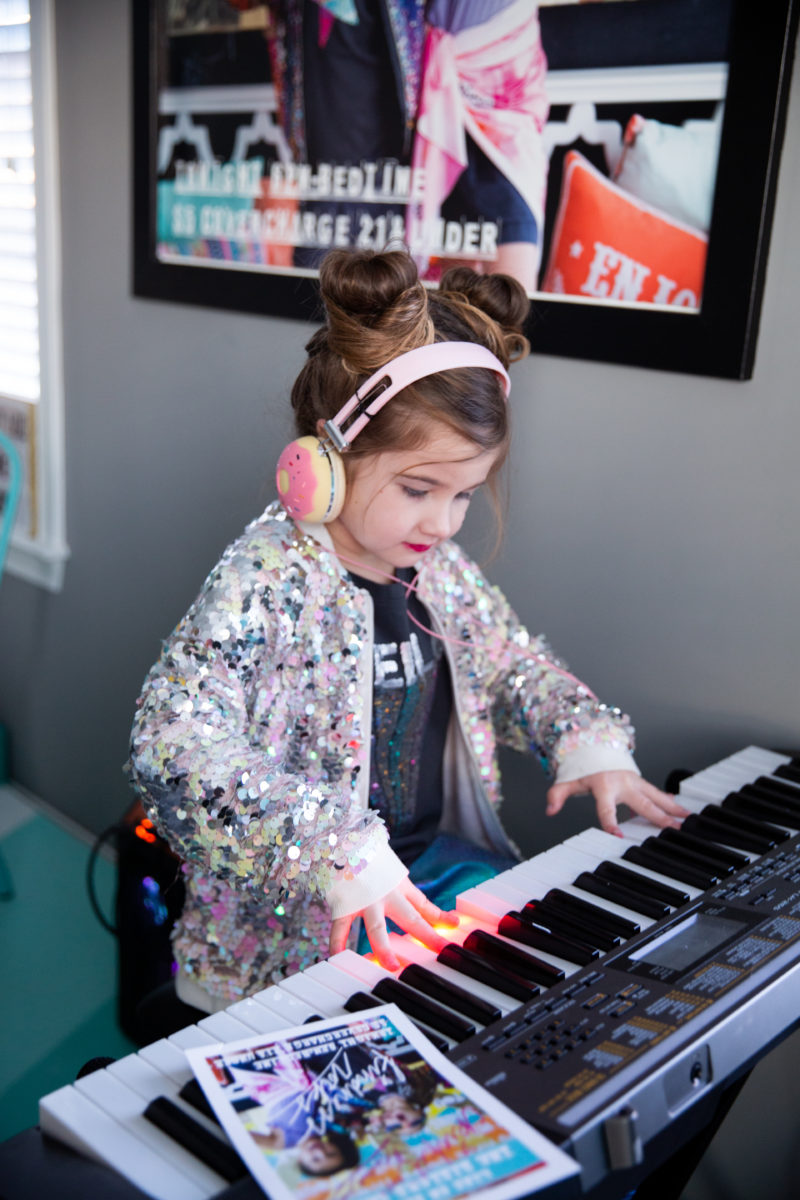 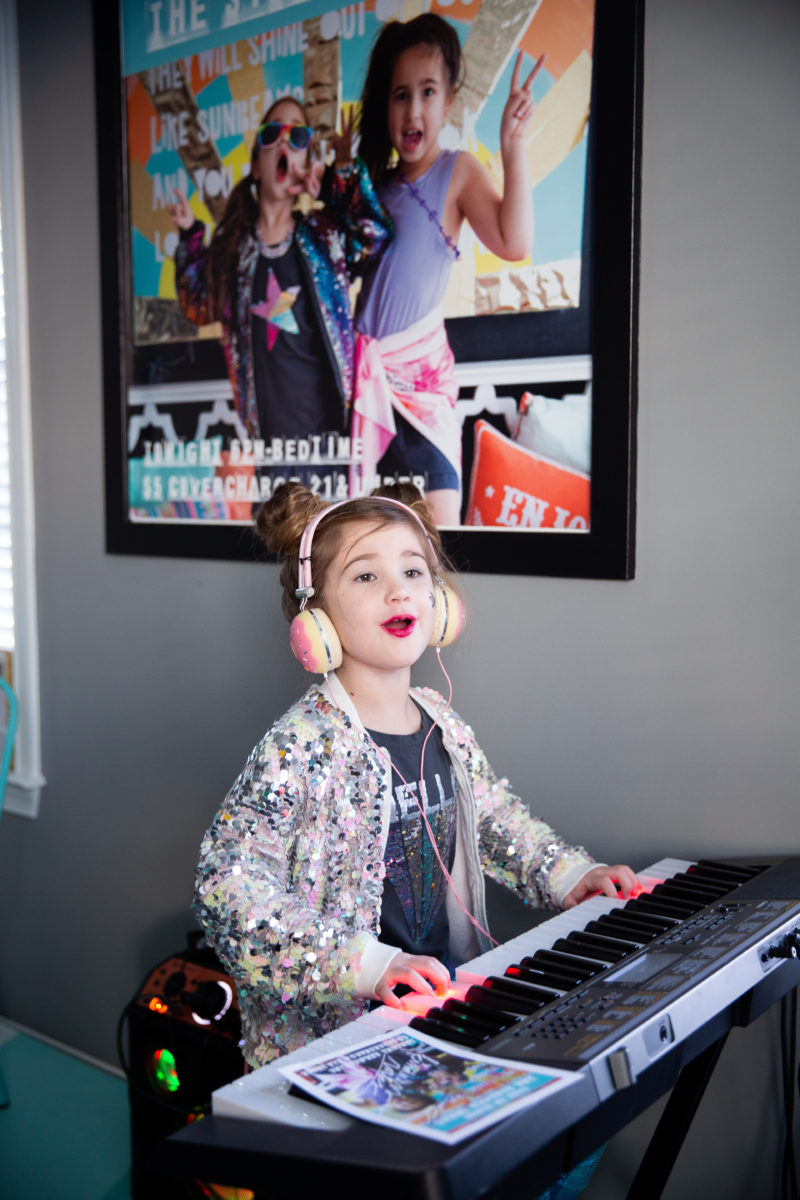 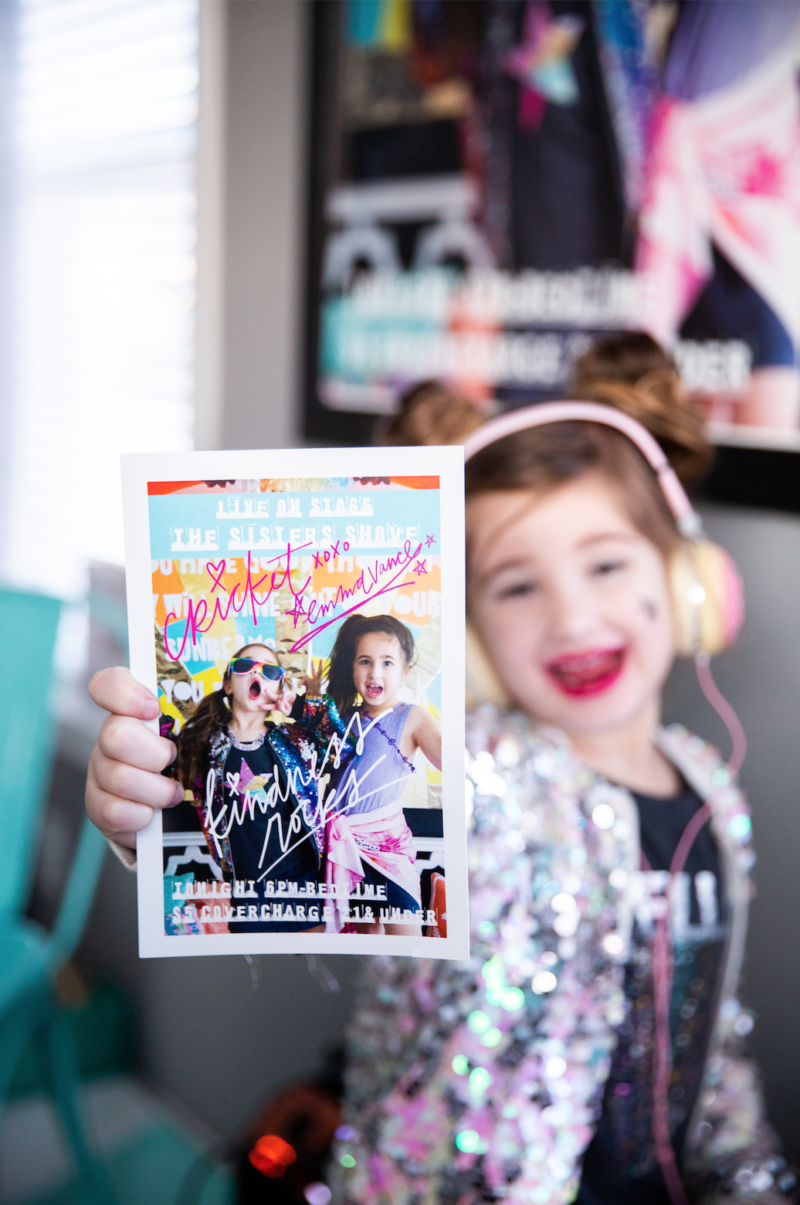 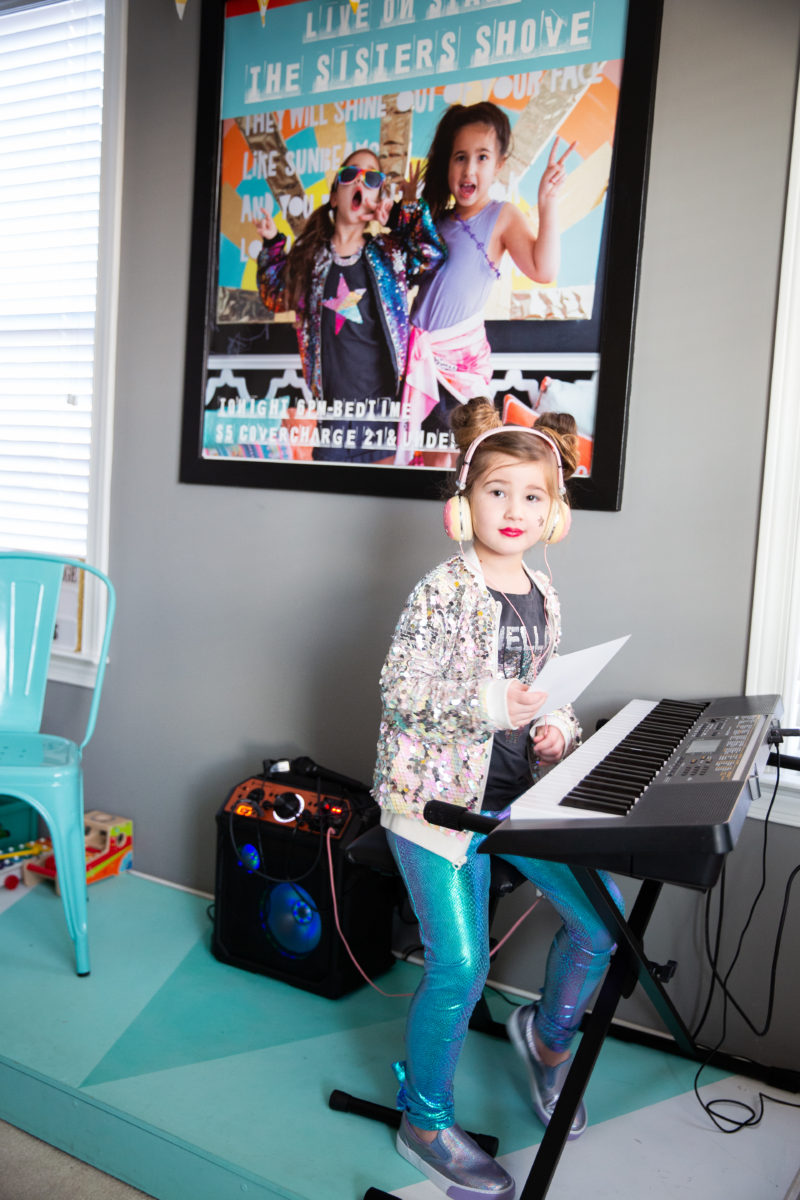 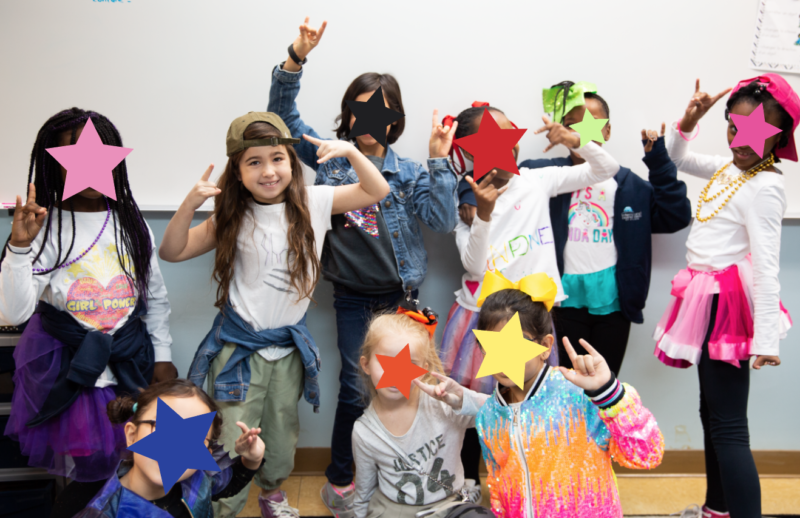