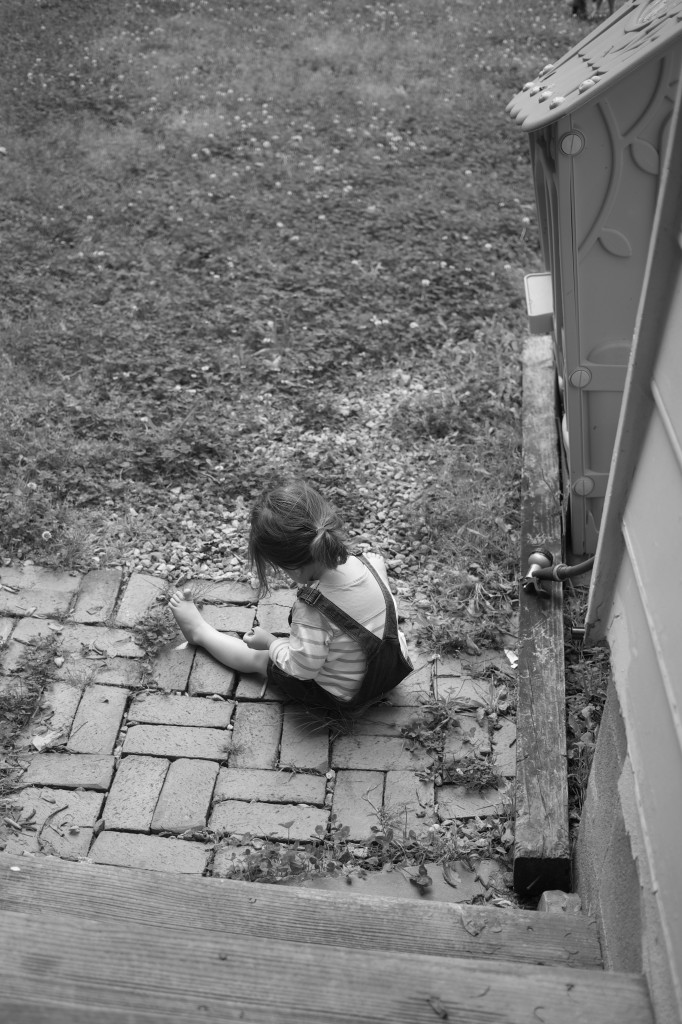 In a strange twist of irony, it seems that my newborn baby is the one person getting a good night’s sleep around here.

Emma Vance (and Ryan and Cricket) have all been fighting congestion for the past month. (I’ve been cautiously staying clear of sickness, mostly due to my Whole30 diet!) It’s been a bit miserable around here, especially considering runny noses and sore throats aren’t expected in May, but they’ve all been troopers. Several days ago, however, E.V. began to be really whiny and her mood was up and down. It was so bad that I couldn’t deal anymore; it got to the point that I set Emma Vance up on the kitchen counter and laid my frustrated head in her lap. If I heard “Mommmy!!!” one more time that day, I was going to lose it. Instead, to my surprise, my whiny toddler began patting my head and whispering, “I love you. I love you. I love you.” She said it about fifteen times, then leaned down to kiss the top of my head. It was one of those bleeding heart moments in parenthood, and I knew that something was definitely wrong beyond having a Terrible Two-er whining at me.

Over the next few days her whining grew worse, and on Thursday night she awoke yelling, “Mommy helpie! Help, Mommy! Helpie!” She was burning up, and I was freaked out. I’ve never felt so helpless in my life. There is nothing worse in the entire world than having your innocent child begging you to make their pain go away and not being able to do anything about it. In a desperate panic, we called our pediatrician’s help line. They ran through the list of standard questions and had us take her temperature (rectally…ugh). She was running a fever of 102.6, but because nothing else was a red flag, they told us to give her ibuprofen and see how she felt in the morning. Longest. Night. Ever.

So I took her to the doctor the next day. It turns out that her lingering congestion had developed into an inner ear infection. The prescription was for more ibuprofen and ten days of amoxicillin, twice a day. This is our first encounter with an ear infection (thank goodness!), and man is it intense. Typically knowing what’s wrong with our little girl gives Ryan and I some relief, but this pain is so bad for E.V. that not even knowledge is helping. She’s been resistant to taking her meds, and we’ve tried everything — bribes, flavoring, mixing, tricking, explaining, forcing — with little success. In fact, the “forcing it” method not only resulted in psychological scarring on both sides, but also made E.V. barf…on two occasions. (Sensitive gag reflex!) Last night she was even worse, miserably crying from midnight until almost 6 a.m. What’s a mom to do? So we called the pediatrician again this morning, got a different antibiotic (that she’s still refusing to take), ear drops (that don’t seem to be helping) and different ibuprofen (but she’s wise to us). We’ve been catering to her ever-changing whims the past few days, taking long baths and giving her anything she’s willing to eat. Needless to say, this has been a really, really long week with little sleep for anyone, lots of frustration, even more whining and, most of all, feelings of helplessness. I’m definitely ready to have my sunny, funny tinker fairy back!

Last night, as I was walking around rhythmically with E.V. in my arms as if she was a ten pound baby instead of a giant toddler, I glanced at our monitor and saw Cricket sleeping peacefully. She let out a soft newborn sigh, and I couldn’t help but smile. How is it that a two-month old is getting the most rest around here?!? ;) 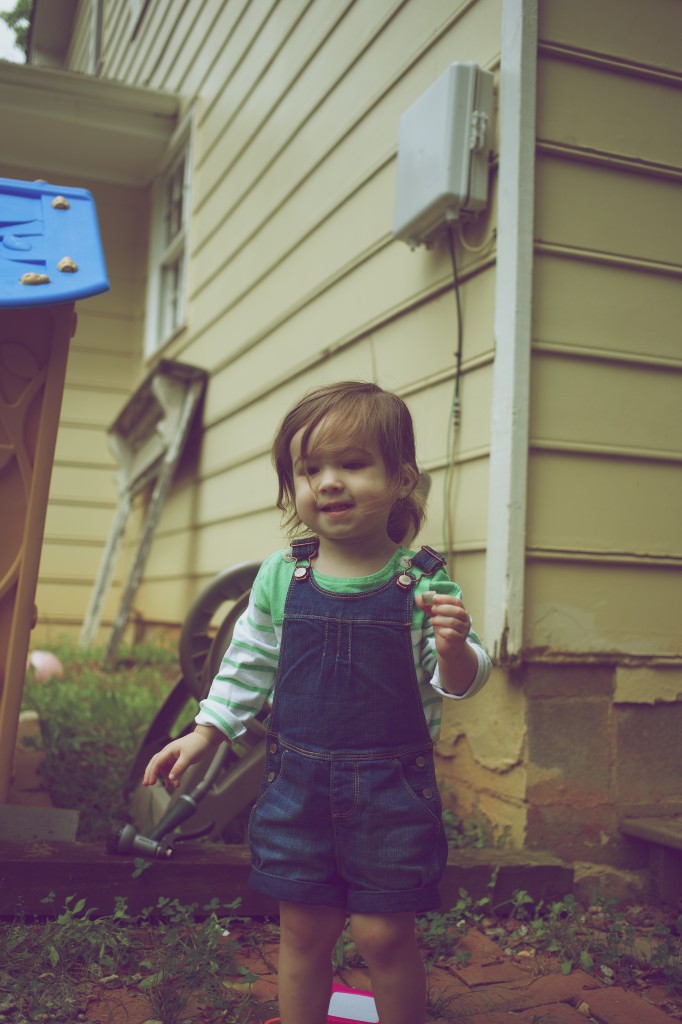 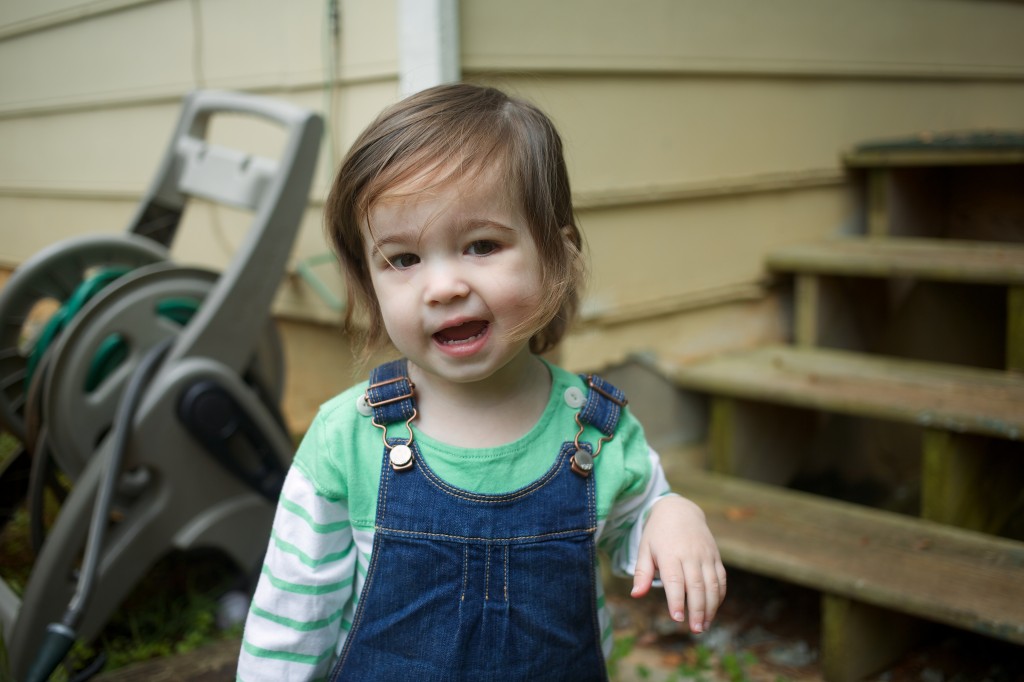 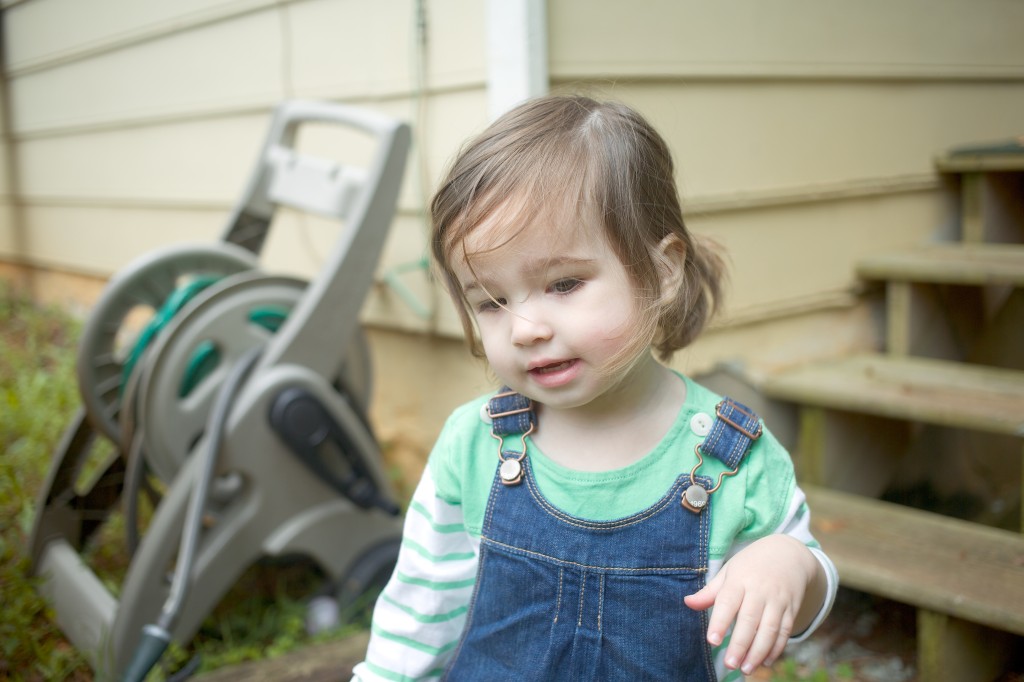 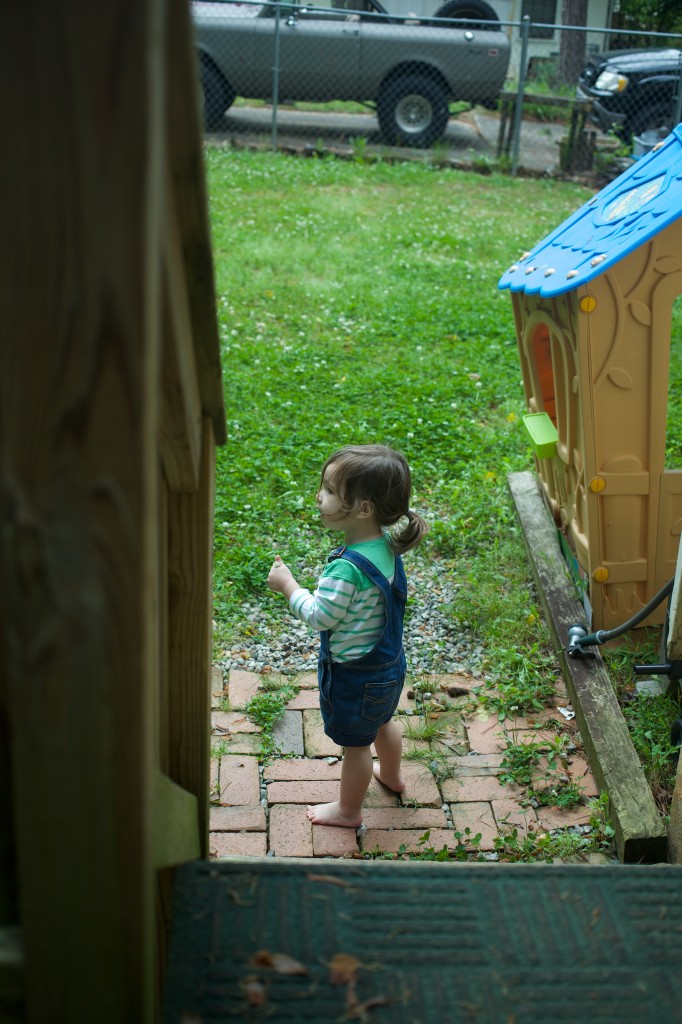 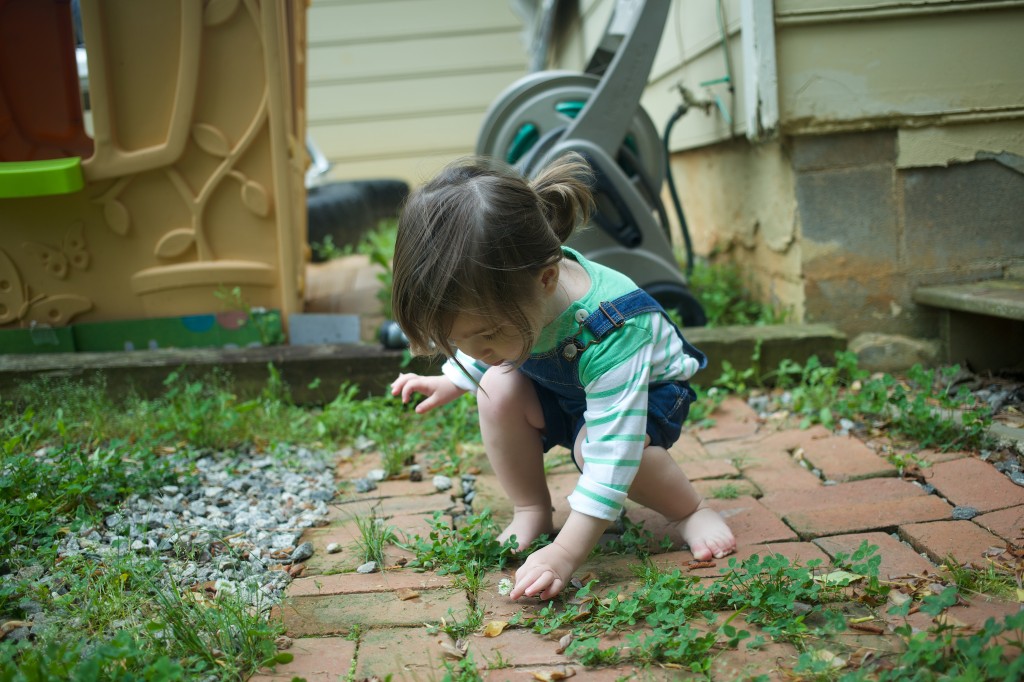 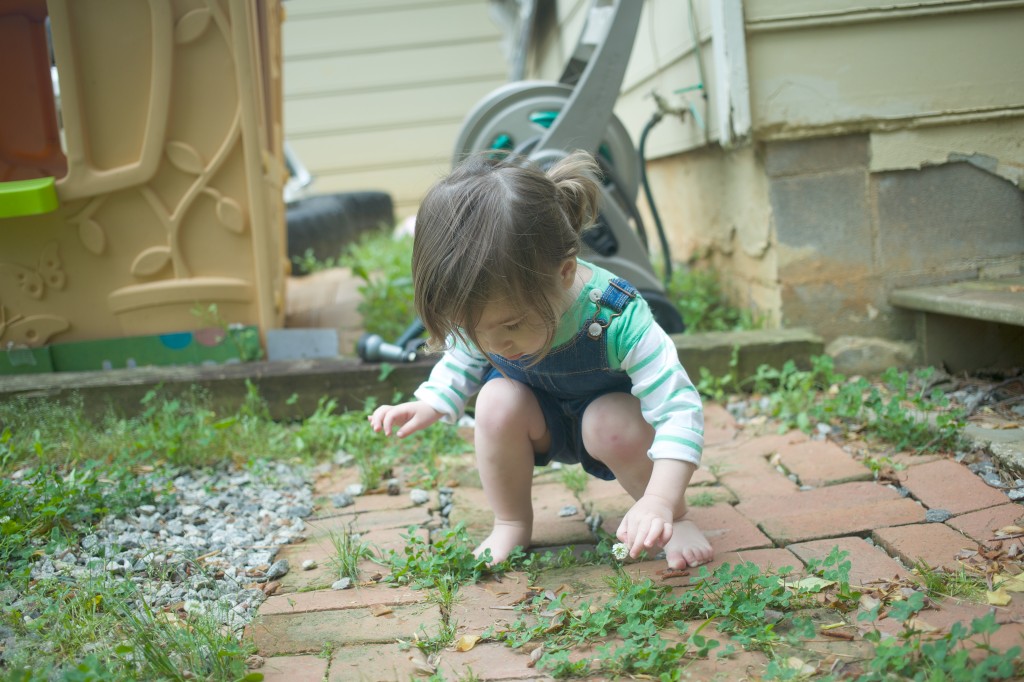 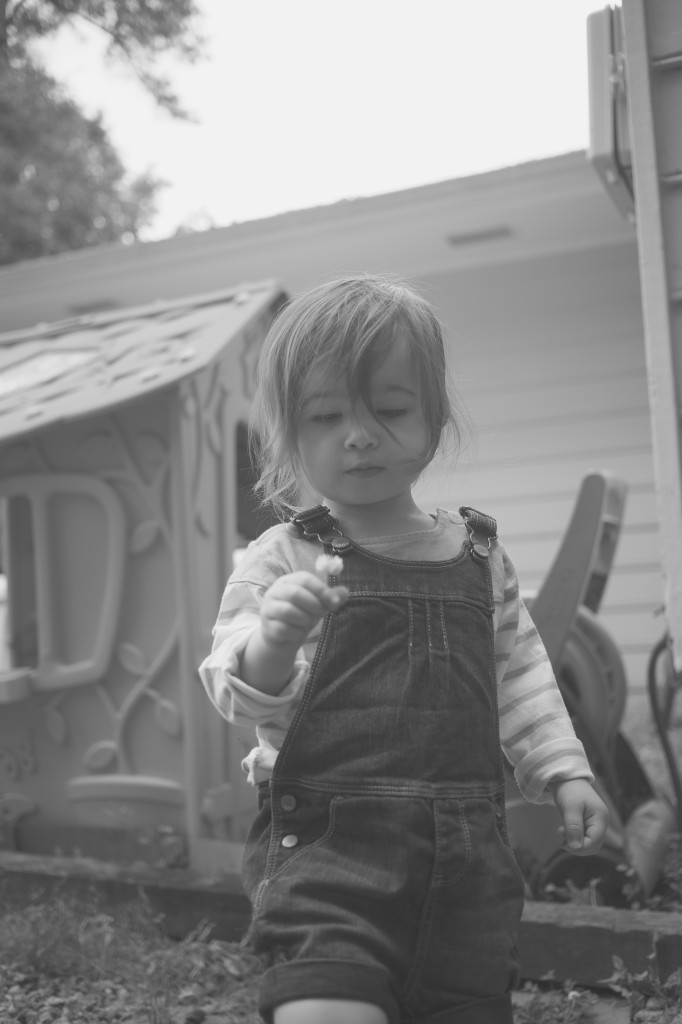