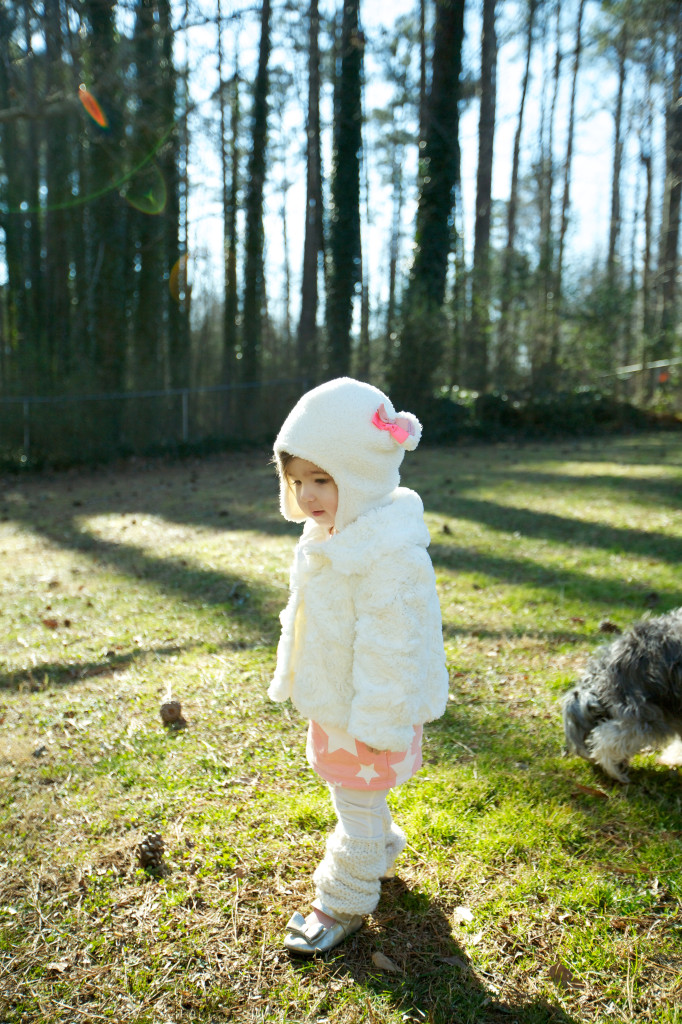 So, yeah. That whole 18-month-sleep-regression-thing? It sucks.

Over the past two weeks, some nights have been good, some have been bad. We’ve figured out a few things that work to help Emma Vance sleep to her best ability, but she’s just going through a little phase right now. Thankfully, by nothing other than God’s grace, I’m a relatively patient person in the middle of the night. It takes a LOT for me to be frustrated, but after two weeks of inconsistent sleep (on top of hourly bathroom breaks), I finally hit zombie-level sleep deprivation this morning. Unfortunately, this breaking point happened to coincide with E.V.’s breaking point as well…

She fell asleep relatively easily last night, and I opted to skip being productive and join her in peaceful slumberland. She started crying around 2 a.m., and by 5 a.m., we were both up…for the day. I was exhausted and concerned since Thursdays mean preschool for Emma Vance. I thrive on those three free hours a week to myself, and E.V. thrives on those three educational hours a week, too! I considered just skipping school altogether, thinking that there was no way she’d make it to her usual 1 p.m. naptime. However, after much pre-dawn debating with myself (since Ryan was traveling today), I decided that we’d give it the ol’ college try, and if she passed out with a glue stick in her hand, then I’d just go pick her up early. By 7 a.m. we were both showered and dressed and on our way to have a casual breakfast. (Seriously, most moms are running around like crazy people on school mornings…but not us!) I had bags under my eyes; Emma Vance zoned out in the car; we were both almost in tears we were so tired. When we got to to the bagel shop, we both slumped down in our seats like pitiful ragdolls. We were tired. We were worn. We were in a bad mood. (And it was barely even 8 a.m.!)

I spent the morning cursing my bad sleep luck, truthfully feeling a little irked by my little one. Then, of course, when our bagels arrived, E.V. refused her own and scarfed down mine, which didn’t help my outlook. I was about at my wit’s end when a man approached us, oohing and ahhing over how “cute” E.V. was. (That always helps a mom’s mood!) He commented how she looked like a bear in her winter hat (did I mention it’s FREEZING in Georgia again?), and she must’ve picked up on the compliment. (She did look like a miniature polar bear today, all bundled up against the cold weather…) When the man left, I perched her up on the table in front of me, and she was grinning ear-to-ear from the interaction. Emma Vance proclaimed, “Happy Bear!” about herself, and then, with renewed energy, set about to doing the Chicken Dance for the remaining patrons. Her newfound happiness and excitement renewed my own, and I couldn’t help but smile for the rest of our breakfast. My own little Happy Bear may have frustrated me pre-dawn, but how can you stay frustrated at that? (You can’t.)

Emma Vance made it through a whole day at school (although her teacher did say she was “so laid back” and “barely said a word,” which is quite unusual for this spunky one!), and when I picked her up, I asked how my Happy Bear’s day had been. She just grinned and whispered back, “Happy Bear!”…and then passed out immediately in the car. Sigh. 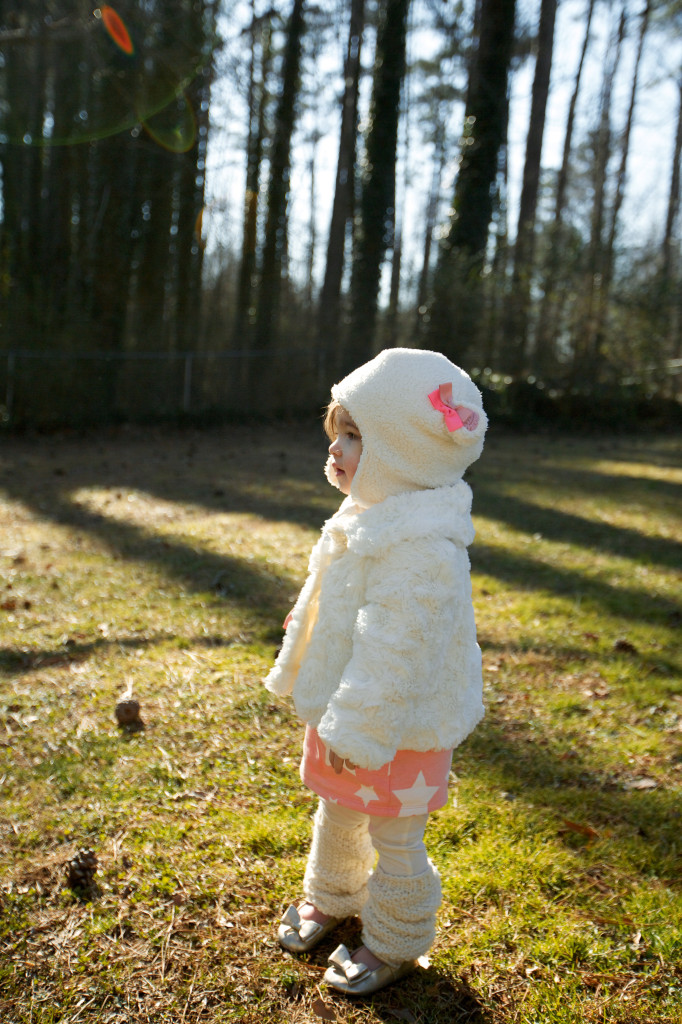 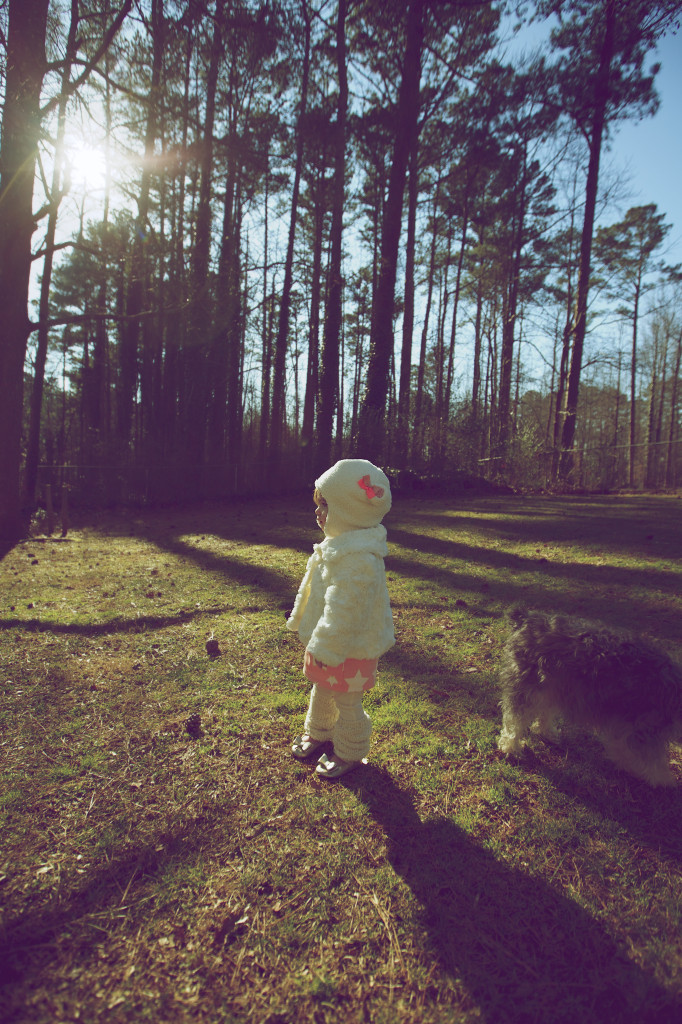 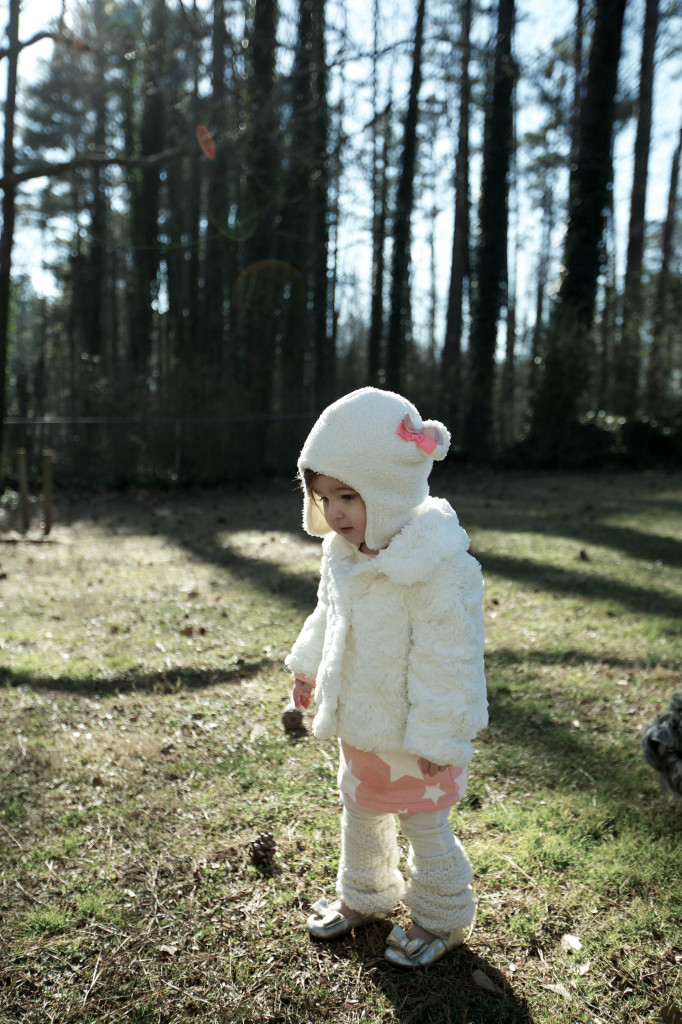 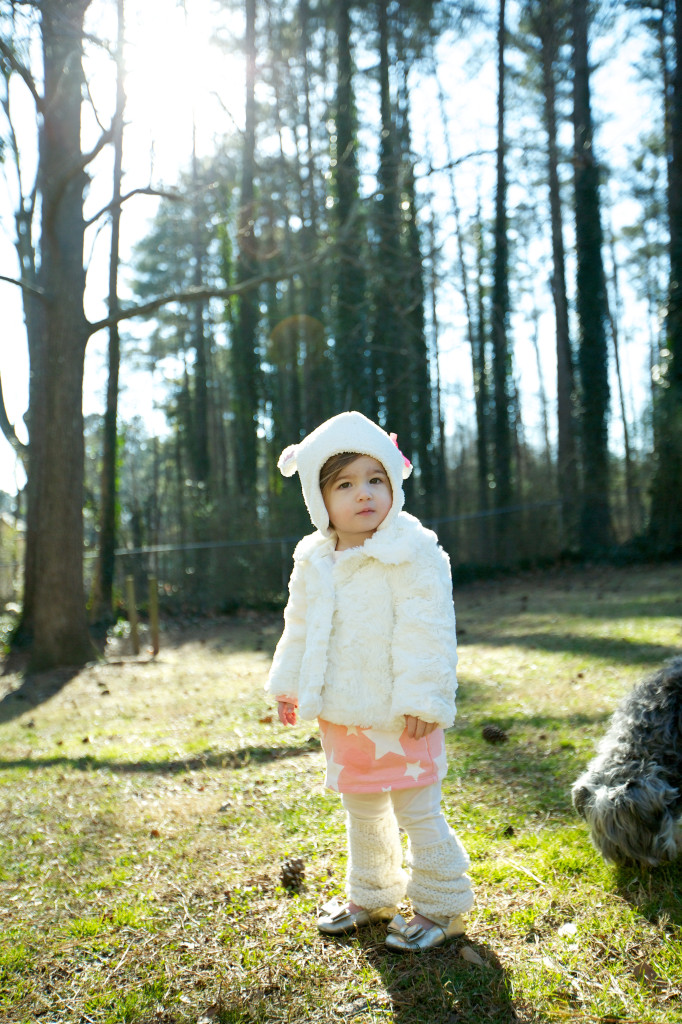 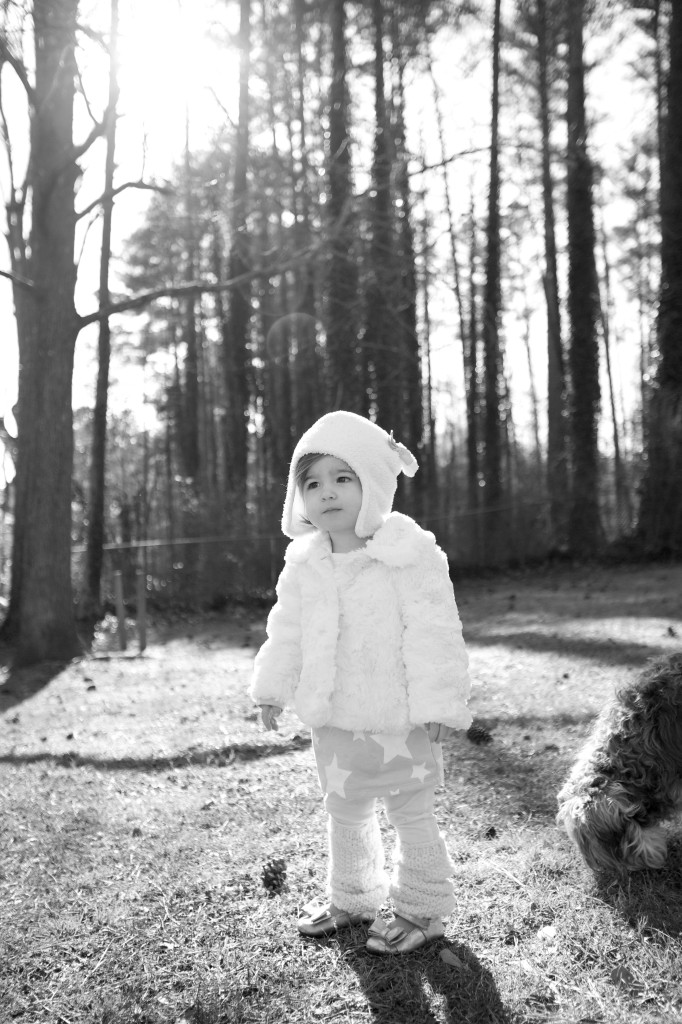 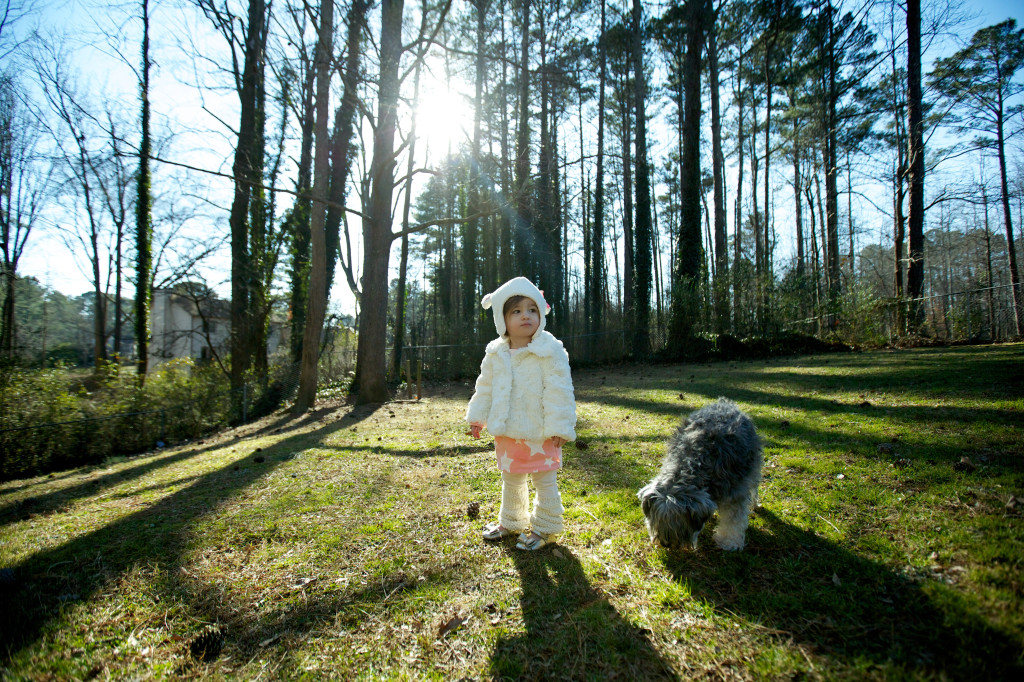 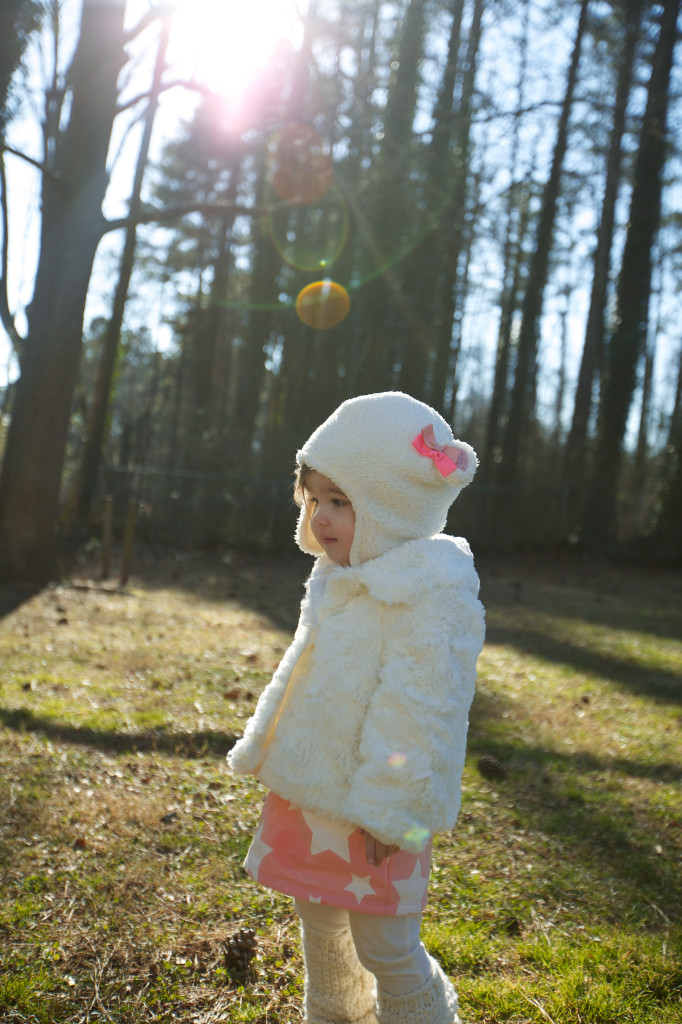 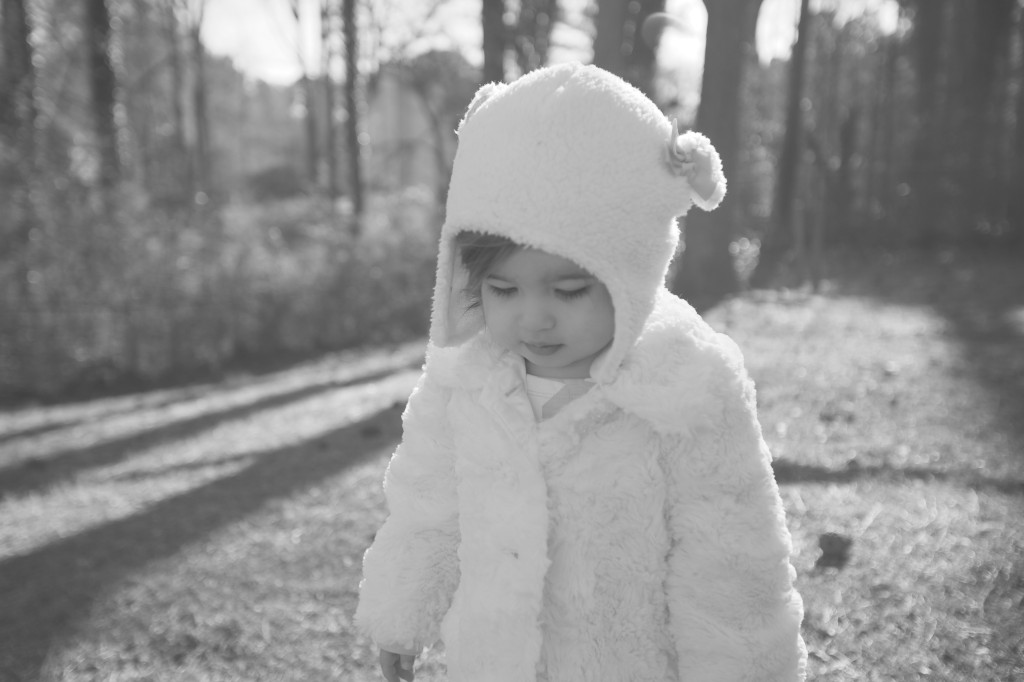 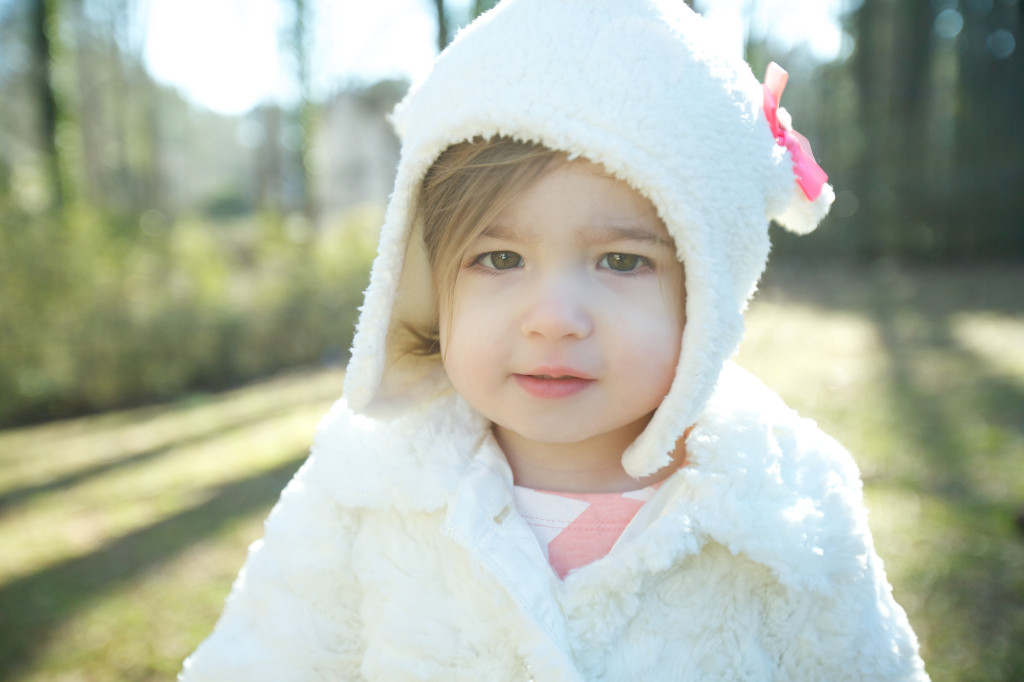 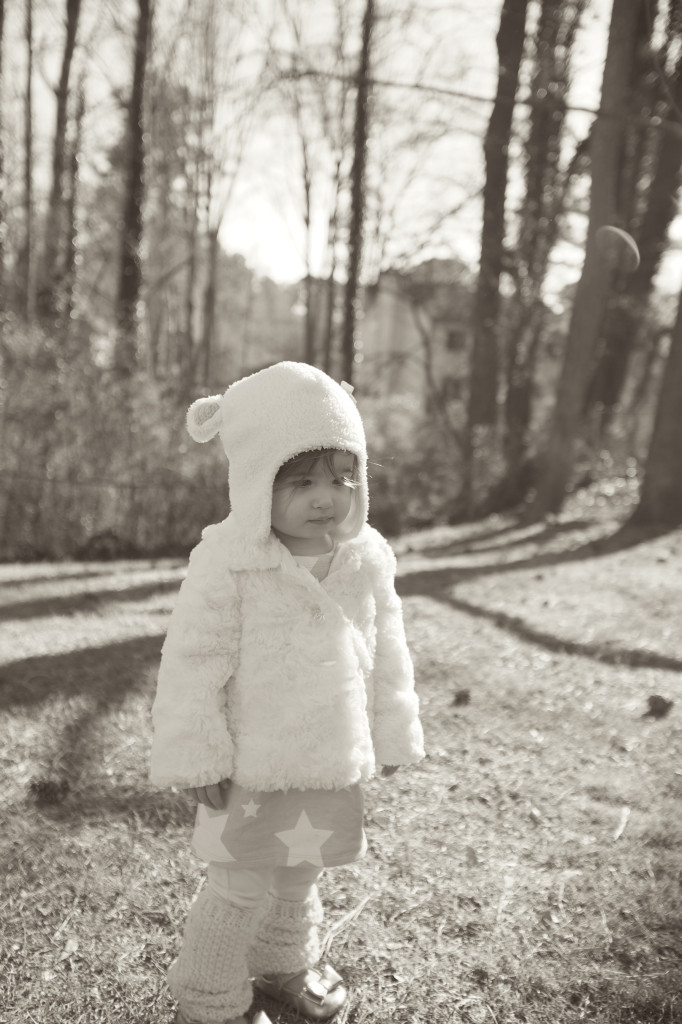 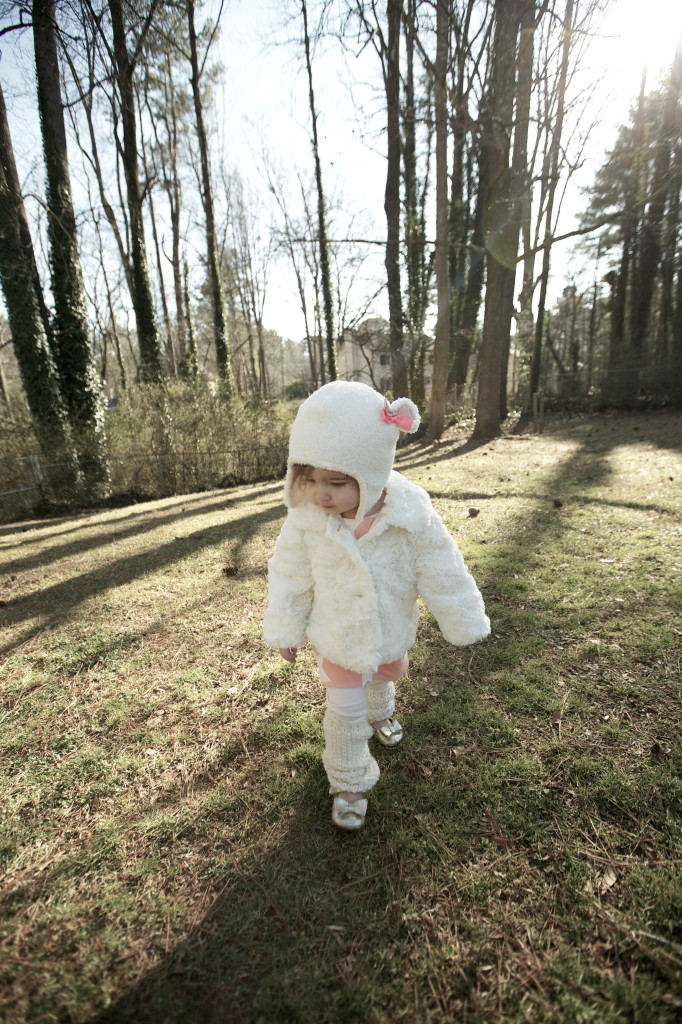