When Ryan saw a video online of a child falling into a pool a few months ago, he was so horrified that he asked me to sign Emma Vance up for Infant Swim Resource (ISR) Self-Rescue lessons. I immediately obliged, and today was her first “swim” lesson!

I say “swim” in quotations because ISR doesn’t do typical swim lessons; instead of being about doggy paddling, rather it’s about an infant’s ability to survive in a water emergency. So, at 11 months old, Emma Vance will learn to roll from face-down to her back and then float in case she ever falls into a pool or other body of water. Next year she’ll also learn to actually swim and do a swim-float-swim sequence to get herself to the edge of the water and to safety.

There’s a lot that goes into the program, but as for the actual lessons themselves, they’re 10 minutes a day, everyday for about a month. We lucked out because an ISR class was being offered at a private home only two miles from Amityville, which is especially convenient because the lessons are so short. (Plus it’s a GORGEOUS property with all sorts of fun toys–including a ball pit that E.V. took advantage of–which makes it almost like a daily pool party!) Since today was not only E.V.’s first lesson but her first time actually in a big pool, it was relatively relaxing. Ashlee, the instructor, walked her around the pool, let her play with a Cinderella doll (which went over well with Emma Vance, of course), and even encouraged her to put her mouth in the water (which also went over well with E.V., re: she drinks from the dogs’ water bowl already). She was happy as a clam until the very end, when she fussed just a little to declare that she was done. Afterwards E.V. was happy and exhausted–and so were Ryan and I!

Even though Emma Vance didn’t really “do” anything today, Ryan and I were totally the proud parents. I had to remember that part of my responsibility and role in the lesson is to NOT call out to E.V. during her time with Ashlee. I held back my boisterous comments relatively well…key word being “relatively.” :) The other highlight was her string bikini top, which is from a bathing suit I bought as a joke to freak poor Ryan out (“SB 2K28, baby!”). It kinda’ matched her swim diaper, so we used it today and it just made me laugh a little. (Let’s just say that it wasn’t the best option for a modest daughter…)

I’ve been warned by Ashlee and the other mothers that even though today went swimmingly (ha), there will be many days of crying in the near future as the lessons progress. I’m sure that will be horrifying for me to endure, although I’ll just remind myself over and over that the possibility of her drowning in the future is much, much worse than the reality of her crying in the present.

Even on Day One, I already can’t wait for E.V. to graduate in a month and will proud to share her final video where she’ll be able to “save” herself! 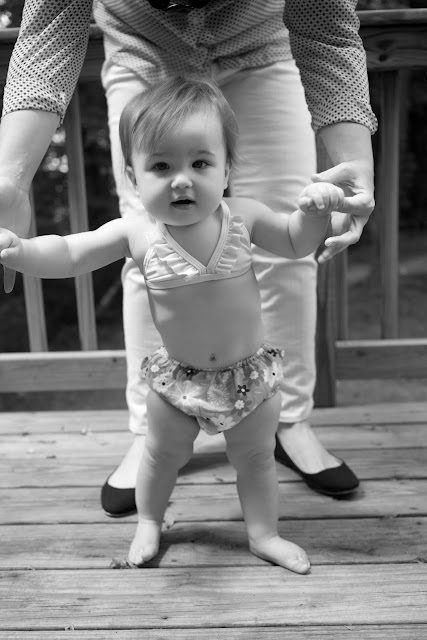 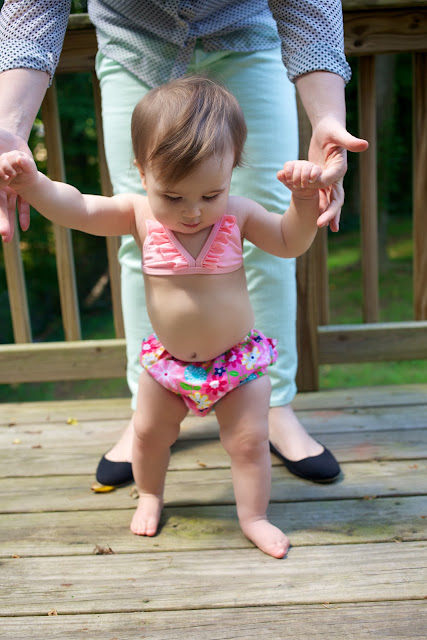 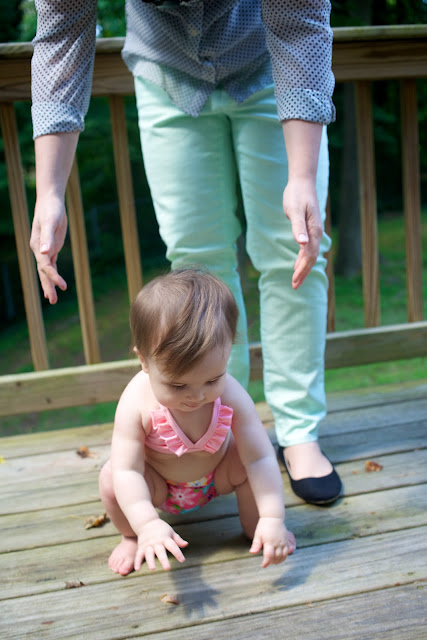 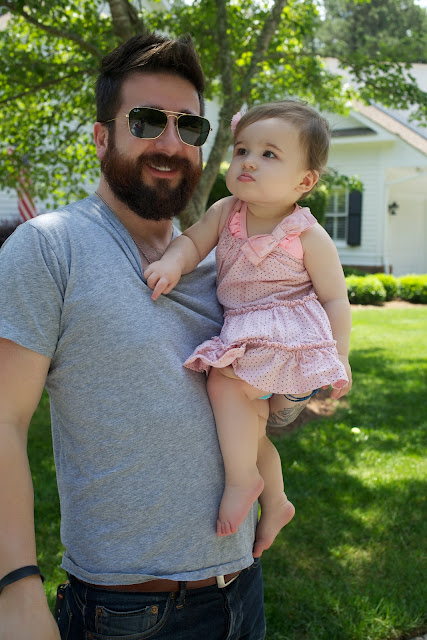 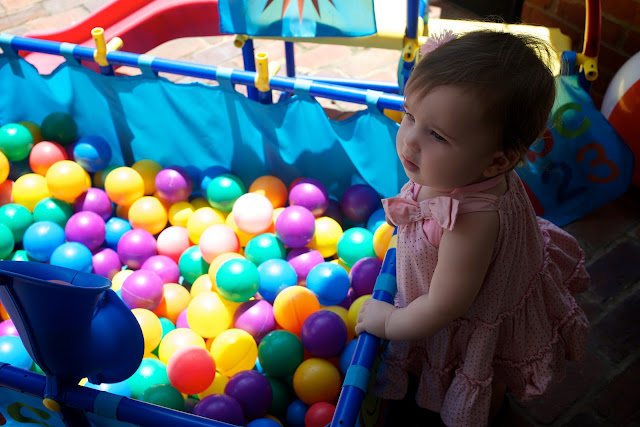 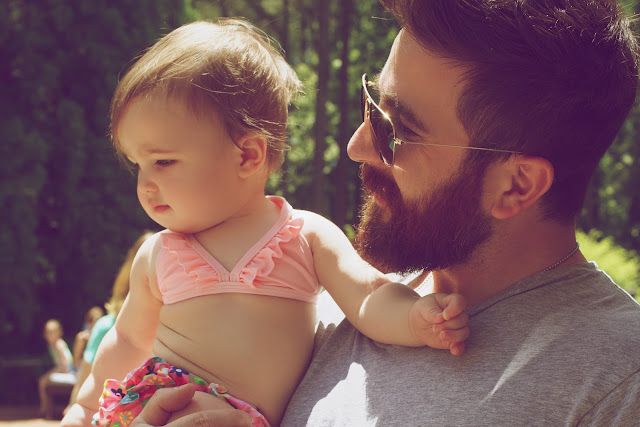 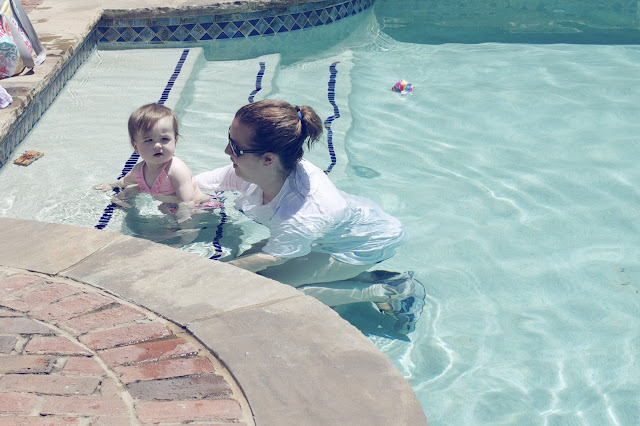 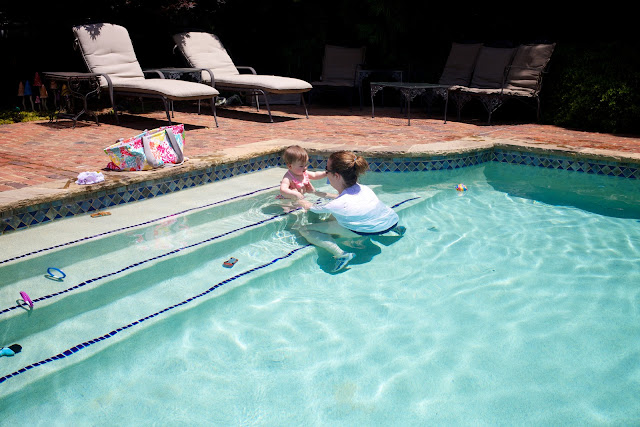 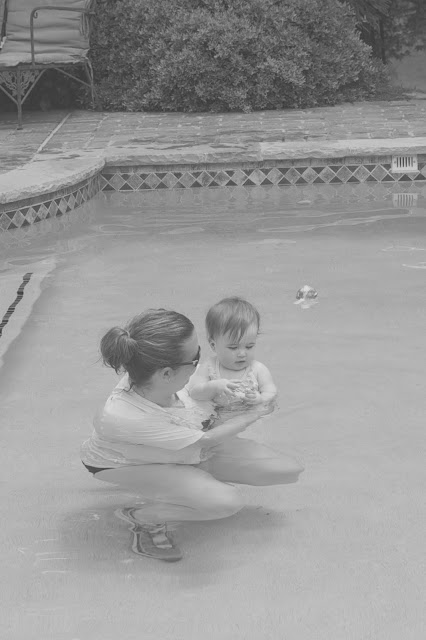 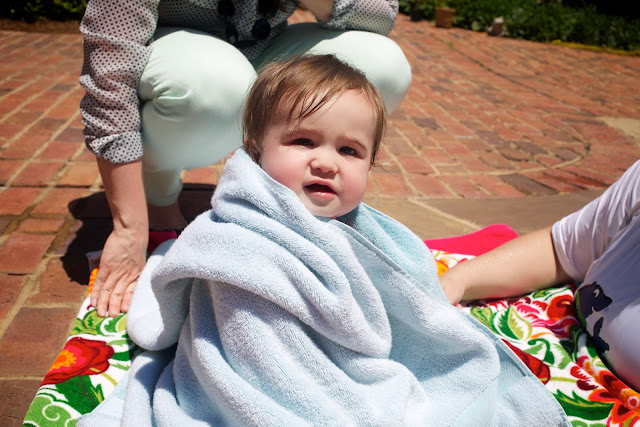 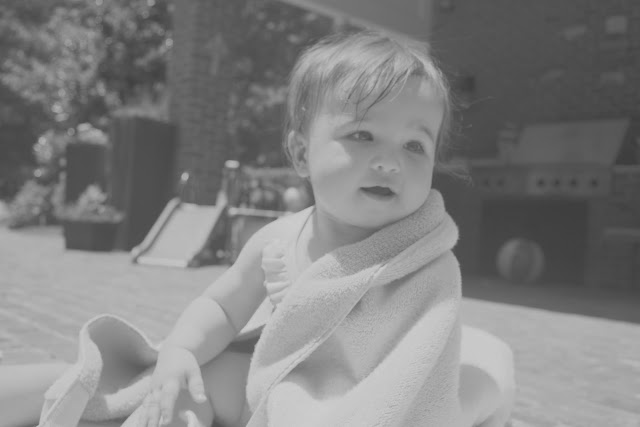 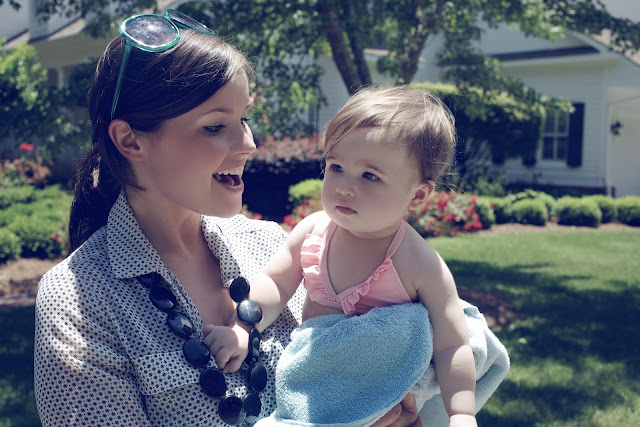 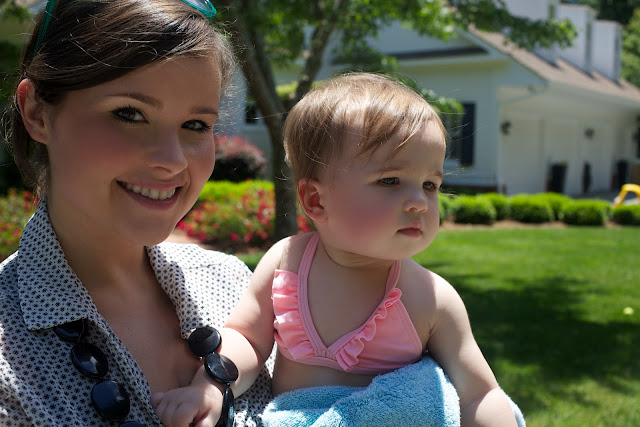