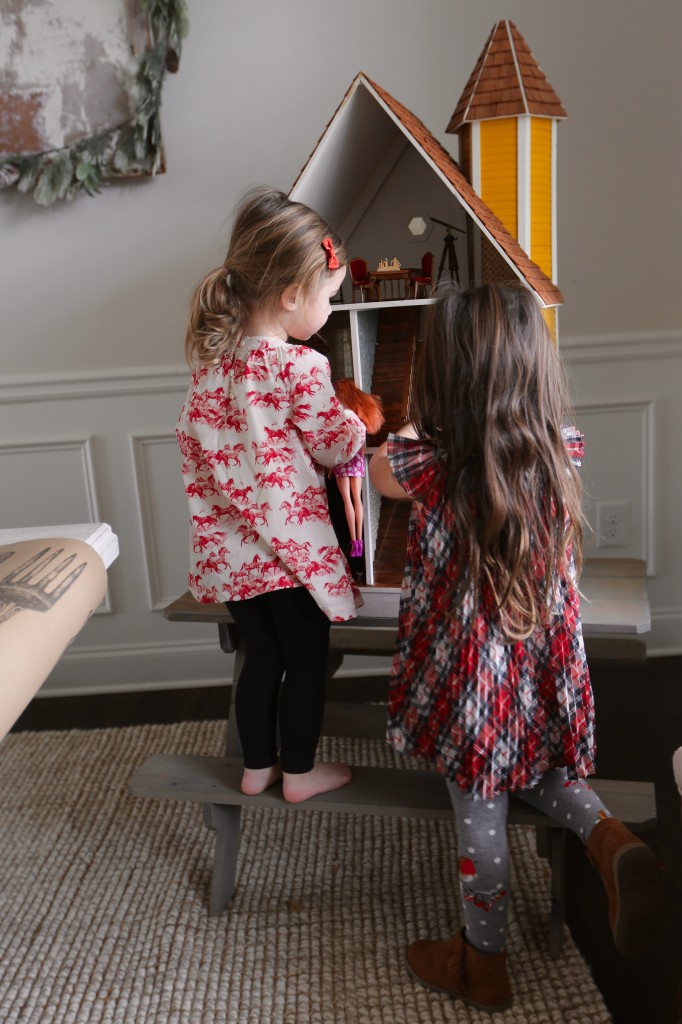 Truthfully, I’m ready for 2017. If I could’ve skipped over this holiday season, I would have. There’s something about losing a loved one that can deflate even the most joyous of times, and Christmas is perhaps the most collectively joyous time of the year. But I don’t have a time machine, and I do have kids. And, if there’s anything that parenthood has taught me, it’s that a mother will do anything, ANYTHING, for her children. So I set out to have a hap-hap-happy Christmas regardless of my 2016. We had decorations up the minute the turkey was carved, cards mailed before the first, parties and crafts and cooking on the calendar. And it was lovely, truly. The girls had an AMAZING December, and that was the goal. But me…this holiday was more of a struggle than a celebration.

It’s funny, I’ve never really listened to much Christmas music. I’m not sure why. I didn’t really grow up in that type of family I guess; that wasn’t a thing for us. But, with my Christmas-or-bust attitude this year, I decided to constantly pipe in the Classic Christmas playlist from Spotify. (The dark horse favorite of the girls this year was “Santa Caught a Cold on Christmas Eve.”) The seasonal songs became the temporary soundtrack of my life, and, for the first time ever, I actually listened to the words.

Let your heart be light.

LET your heart be light. As if we have a choice, control over how our heart mourns. What a hard concept, this year in particular. My mom’s Main Event was Christmas Eve each year. We’d gather around her dining room table, the one my grandfather bought for her, donned with some themed centerpiece she’d come up.  She’d pull out the good china and silver, set a place with cute ceramic plates for the kids. We’d eat and talk (mostly about the same things — extreme political rants, the ridiculousness of my father in general, being teased by my older brothers even while in my 30s), and at the end, she’d present us each with a gift to open. Most of the time, growing up, it was whatever pajamas we were to wear that night. It was pretty much your typical family gathering (with perhaps more smoking and swearing and eye rolling than most), but it was her “thing,” and it was hard to think of passing the day without her.

So we did what I decided to do from the start of the season — push through, push down, and smile. And that was okay. I’ll sift through all that internal stuff later. Ryan and I took the girls to Snow Mountain for Christmas Eve, which was good because it was so unusual that it helped me avoid all those icky feelings.

I did, however, want to honor my mother somehow on the 24th. It only seemed fitting.

Several years ago my mom purchased an antique dollhouse at an estate sale. I had never seen it, but she mentioned it fairly often. She was excited to share it with her granddaughters, but the oldest ones moved away before they were big enough in her mind to play with it, and E.V. and Cricket were still too young. She didn’t want it to get ruined, I suppose. When we cleaned out her house in October, there, in the garage, in a giant contractor bag was the infamous dollhouse, furniture and all. So I took it. If this experience has taught me one thing, it’s that life is a now-or-never endeavor, and I choose now.

On Christmas Eve, I presented the dollhouse to Emma Vance and Cricket from their Yia Yia. They were so excited — beyond excited — and I know that my mom would’ve been so happy to see their reaction. (And E.V. was excited to learn that people can send gifts all the way from heaven, so bonus.) Cricket immediately scrambled up the stairs to get a Barbie (there was lots of furniture, but no dolls), and they spent the afternoon exploring the rooms and each tiny accessory. It was perfect.

A gift for the children to open on Christmas Eve — how very “Daria Aquilio.” Next year, pajamas…and hopefully a much lighter heart. 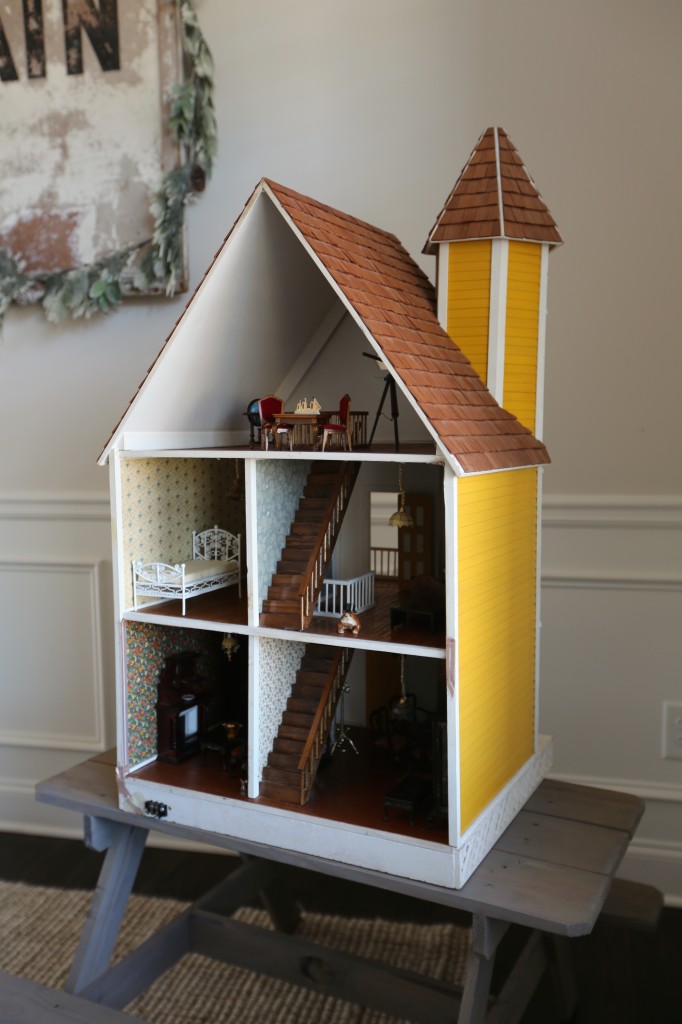 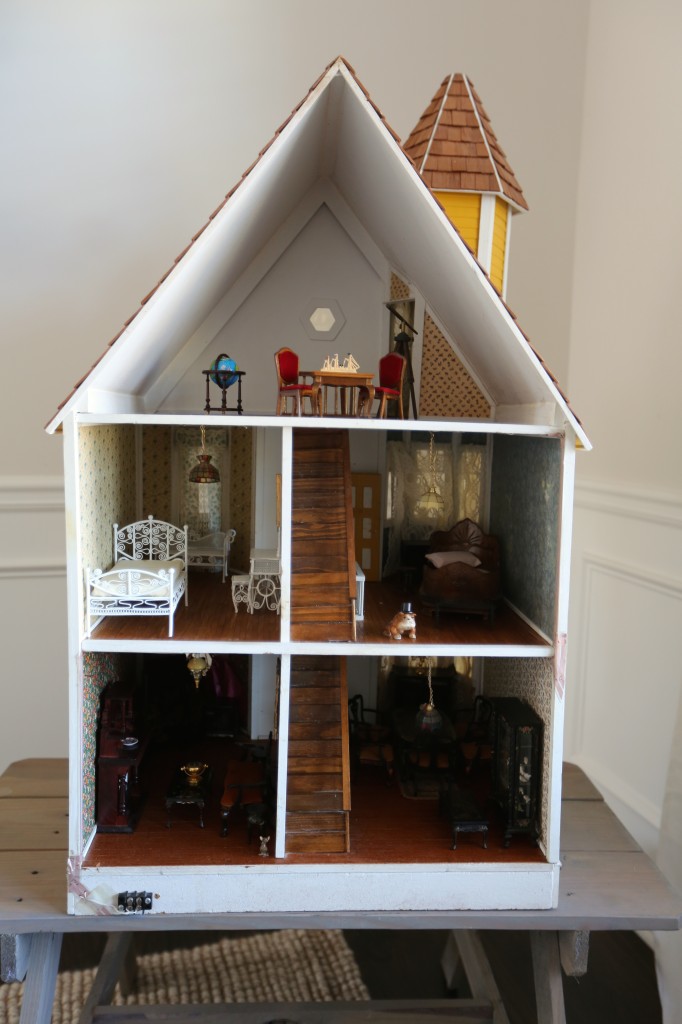 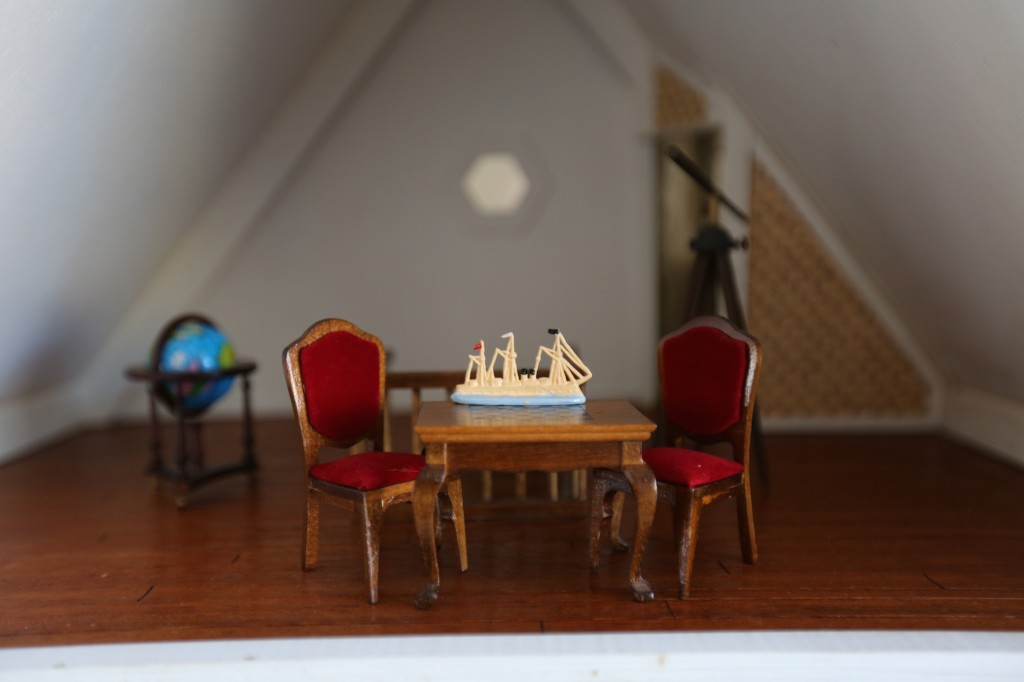 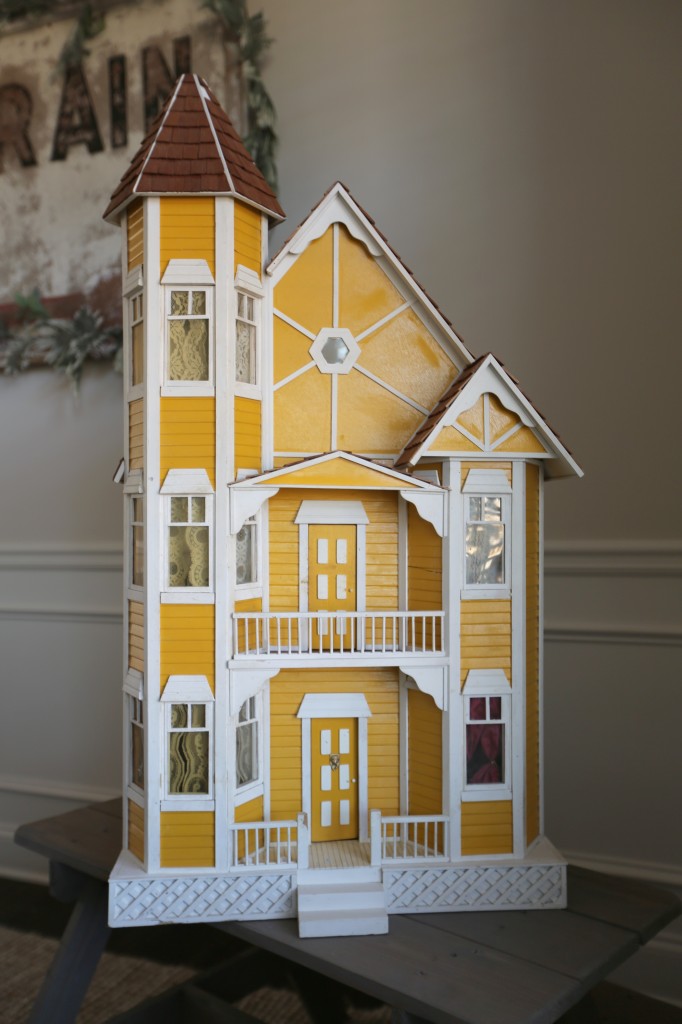 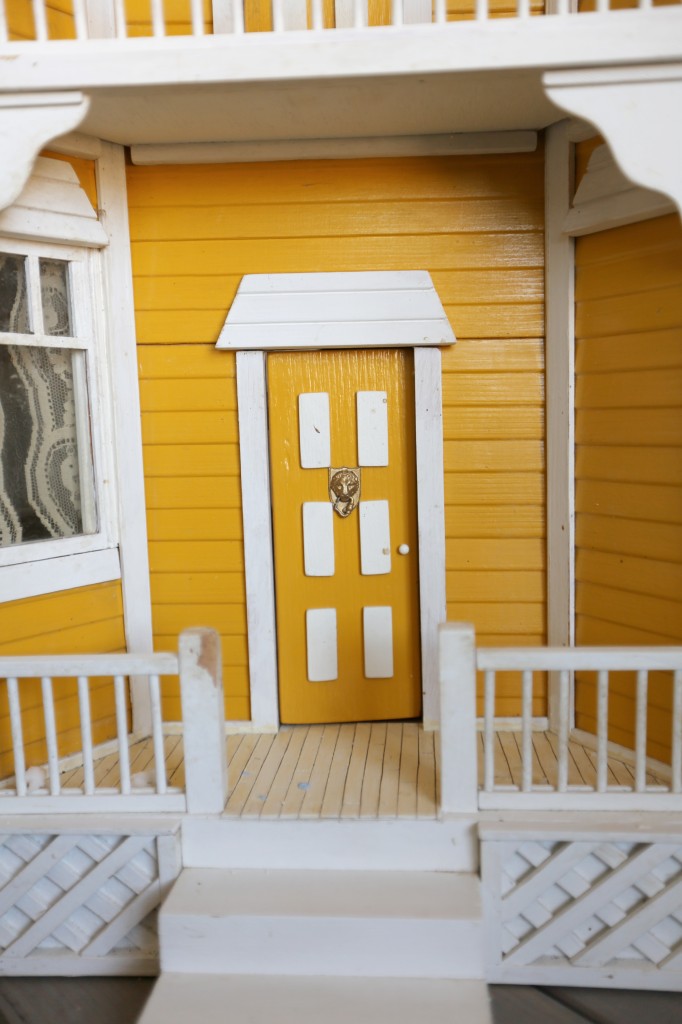 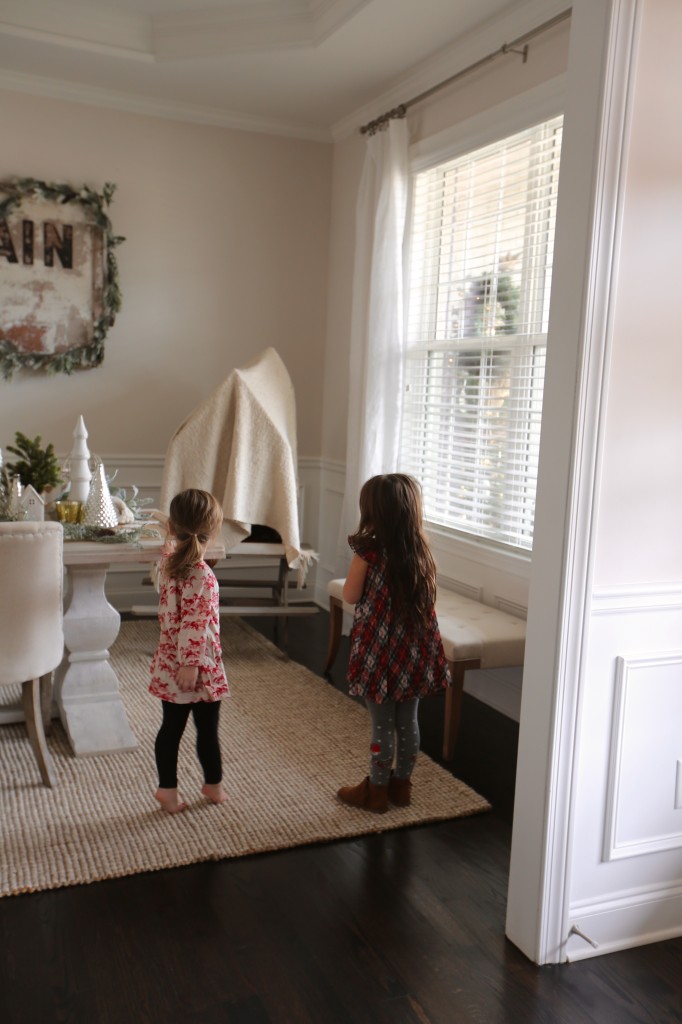 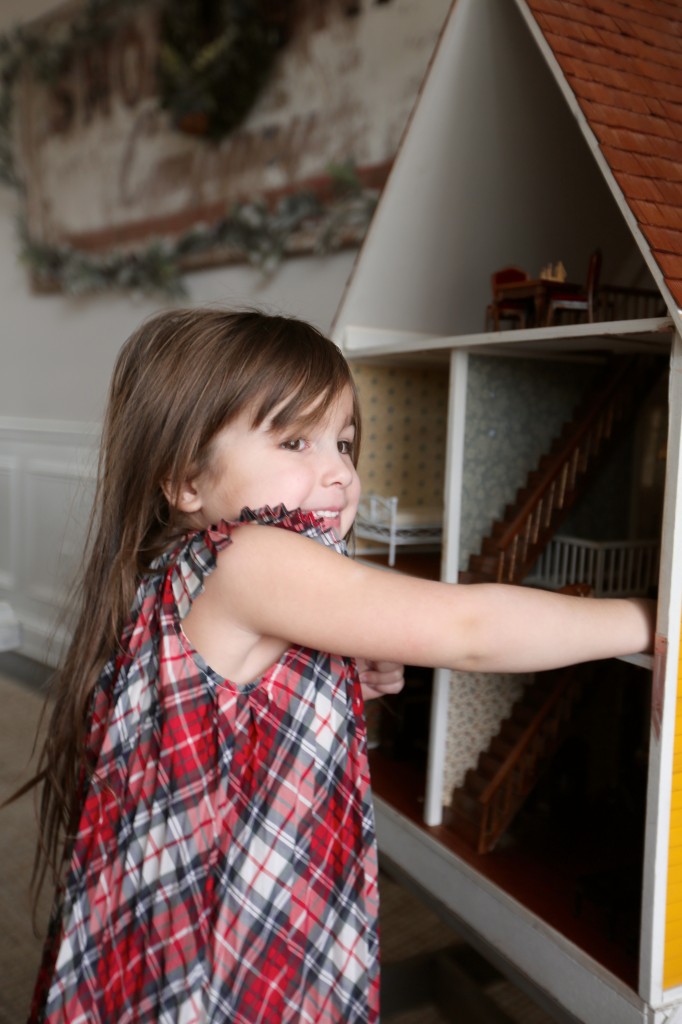 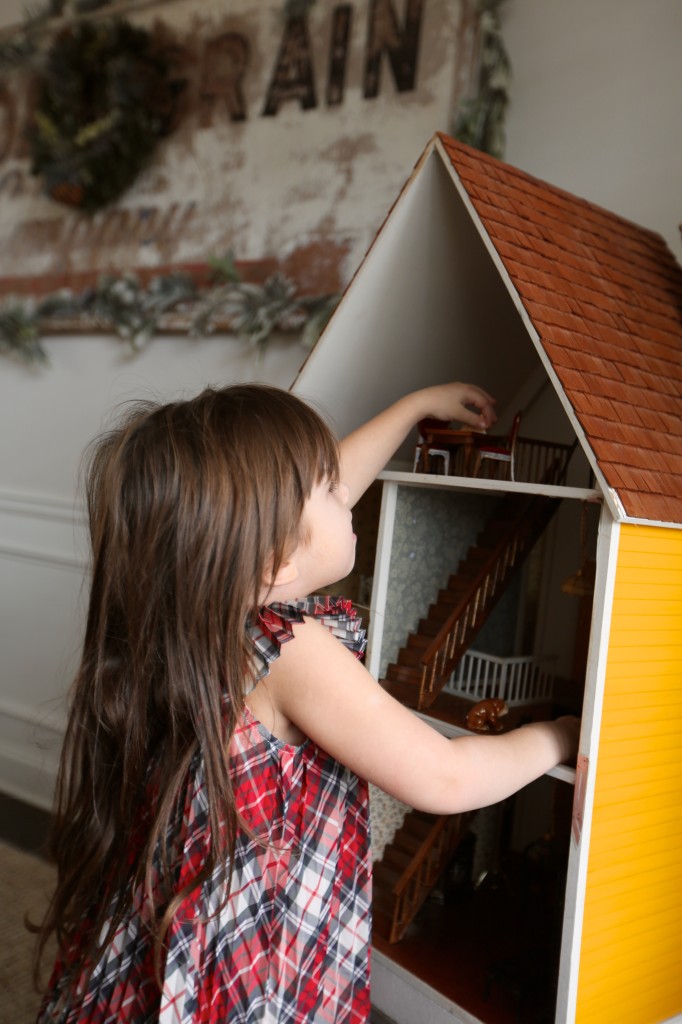 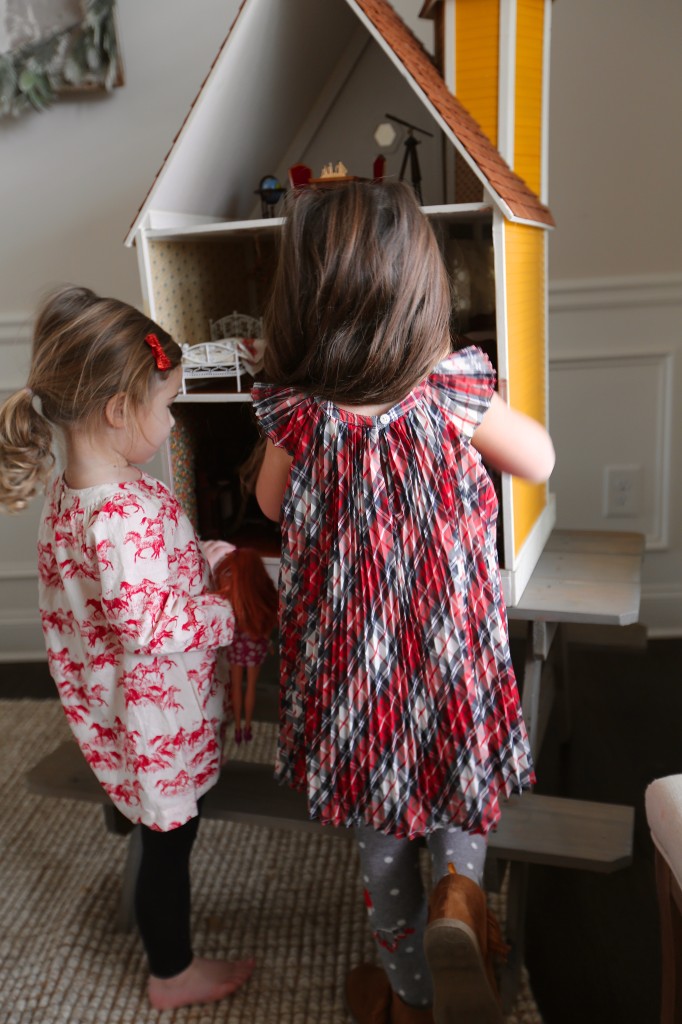