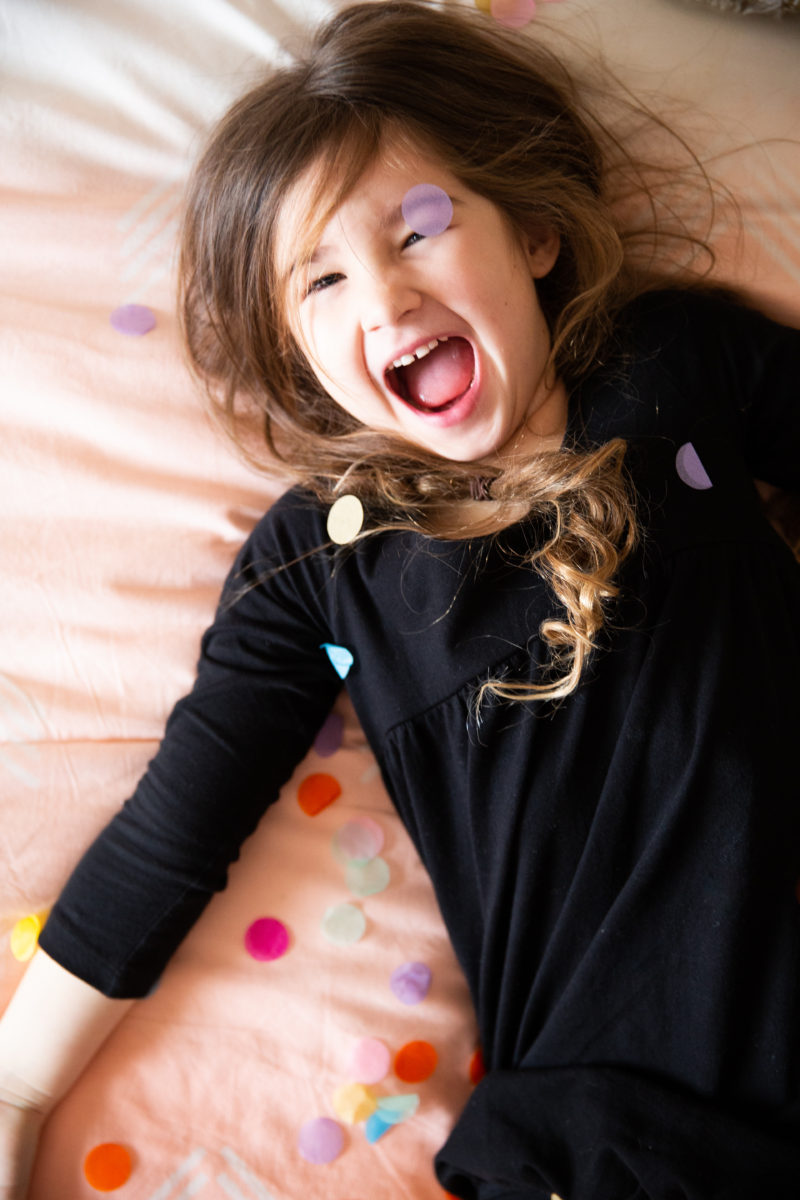 Sometimes you can do your darnedest as a mom, but life throws some wonky things your way.

Or, as in my case, the cleaner throws your kid’s first lost tooth away.

Yup. She did. Just before Christmas, Cricket lost her first tooth, and, like all kids, she was beyond excited. It was a day she’d been dreaming about for years (literally), and it finally happened! Since E.V. got an L.O.L. doll from the tooth fairy for her first, Cricket was looking forward to getting her special gift as well.

Too bad Cricket lost her tooth about ten minutes before bedtime…while Ryan was traveling…on a weeknight.

Thankfully our family has had a pretty clear idea of the tooth fairies’ schedules and knew they only work on weekends. So Cricket set her tooth aside on an empty jewelry tray in my bathroom. She was thrilled to show Ryan when he got home the next day, and then kinda’ forgot about that little tooth for a few days…and so did I. Sometimes being the second kid sucks. Sorry, girl.

And then, on Friday of that week, the cleaner came and went, like my own little grown-up’s version of a magical fairy. Afterwards, I went around, rearranging the one million little things that were off just an inch or two from her tinkering, and I noticed the jewelry tray.

I’m not going to lie. I cried. And panicked. And almost threw up.

I lost her lost tooth.

It was long gone. Ryan suggested digging through the trash, but I knew it was hopeless. So I did what any other responsible mom did. I stalled.

Every time Cricket mentioned putting her tooth under her pillow, I put it off or distracted her like a champ. Christmas came and went, and still no tooth fairy. At one point I got the genius idea of taking E.V.’s old tooth and pulling a switcharoo, but apparently I lose my kids’ teeth. It’s a thing I do now. (And I’m pretty good at it, because I’ll be darned if I know where any of them have landed so far.)

And then, before the winter break ended, we had the girls’ gal pals spend the night — and I had a stroke of genius! While the kids slept in the bonus room, I decorated Cricket’s bed with confetti, leaving a note and an L.O.L. doll as if the tooth fairy came on her own. And it worked!

The only thing Cricket loves more than L.O.L. dolls in life is attention, so when all six little girls woke up and discovered Cricket’s special surprise, her cool factor skyrocketed. Her dreams came true: all of her friends crowded around her, focused only on her and the desirable toy that only she possessed.

As I listened to the early morning, high-pitched squeals from the gaggle and saw Cricket’s joy, I felt totally relieved.

(And now, Cricket, as your probably reading this when you’re much, much older, I am relieved that you now know the truth about where your first tooth went. In the trash. I’m sorry.)

P.S. In Shove lore, there are many tooth fairies, so you never know who’s coming to take your tooth. Cricket’s first tooth was taken by Confetti…hence the confetti. 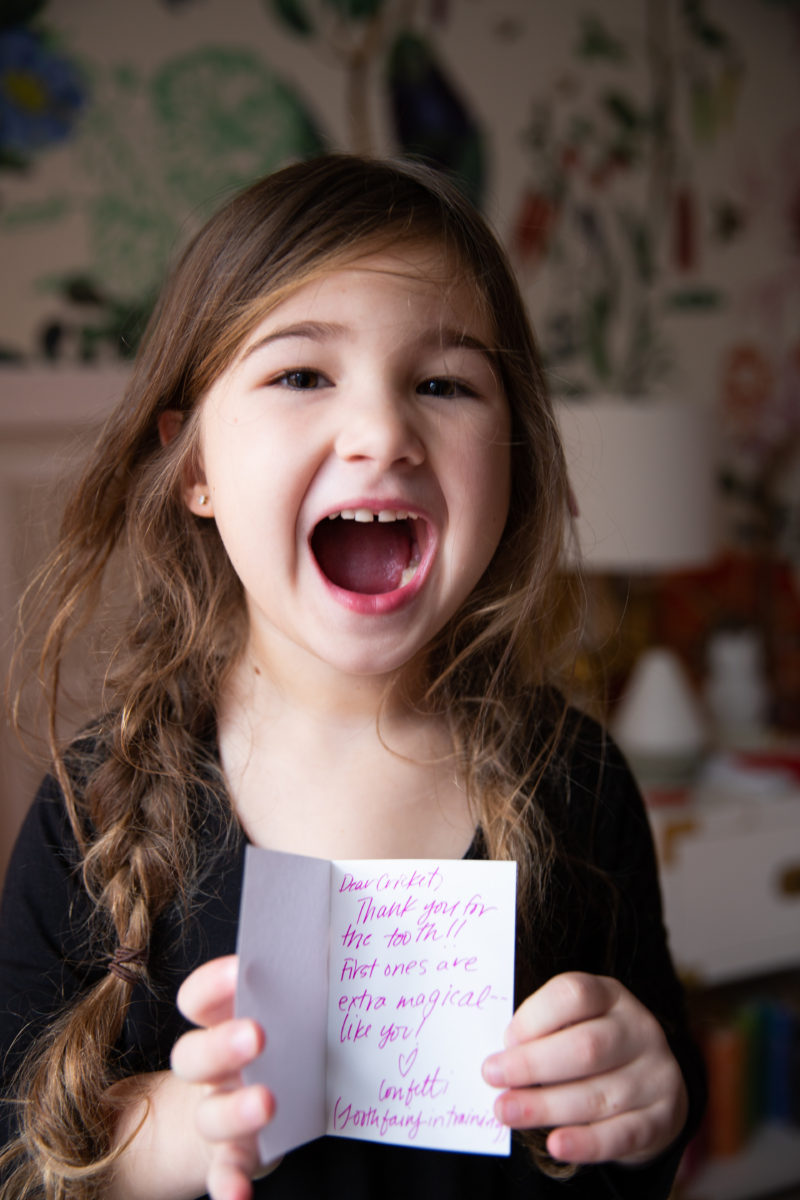 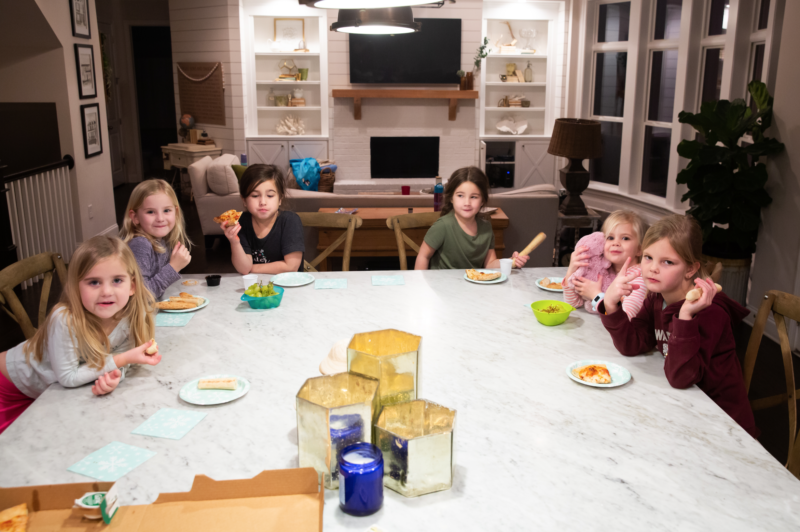 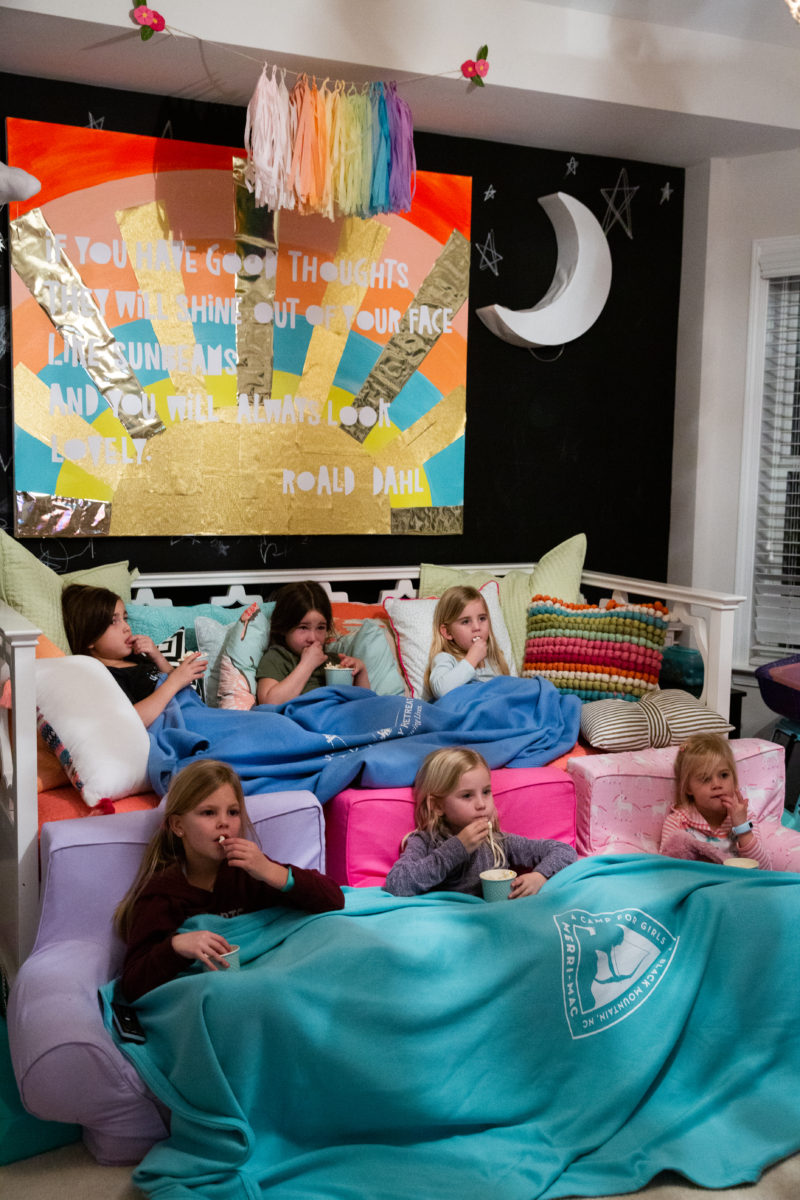 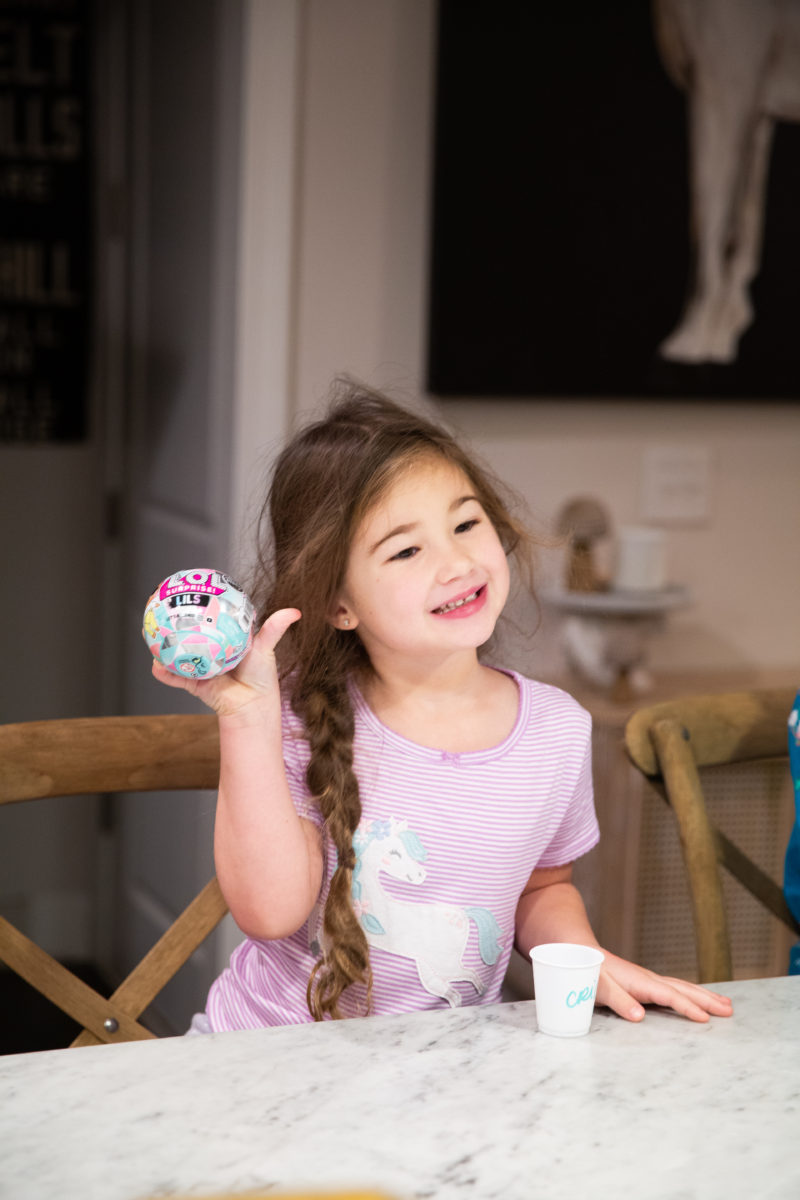 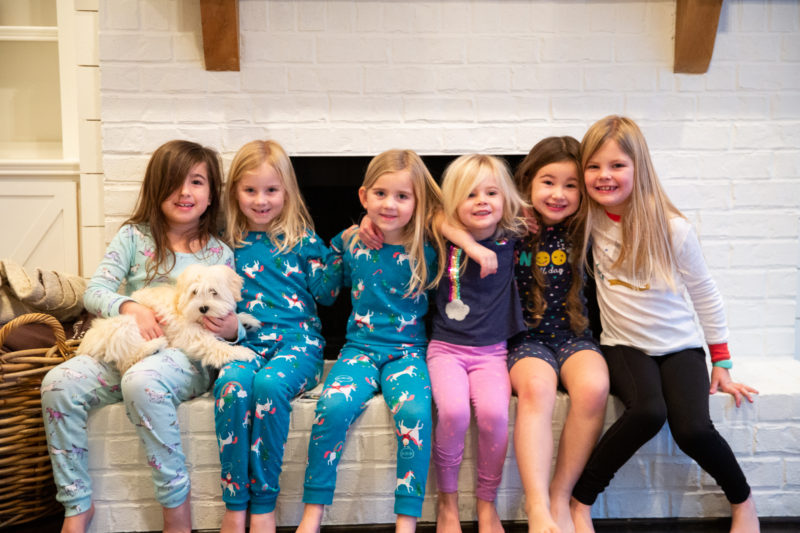