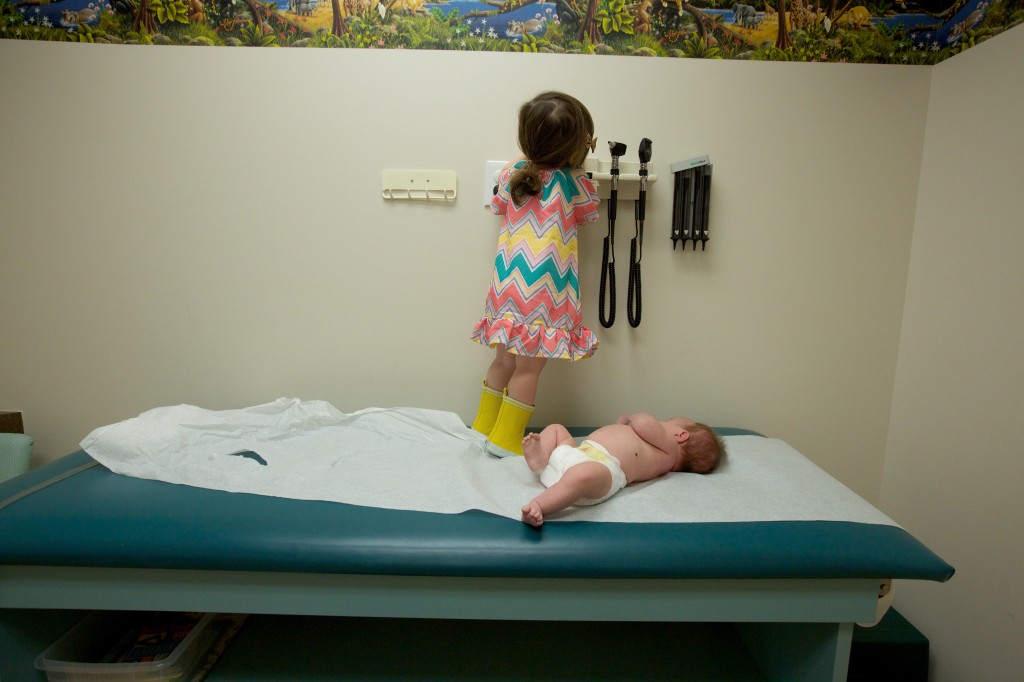 Cricket has hit the one-month mark, which means it’s begun — those monthly well appointments that fill up a child’s first year…

For us, even though the first monthly appointment fell a week late (so we could meet with Kit’s official pediatrician and not just someone in the practice), it was a fortuitous scheduling because early Tuesday morning, Cricket began to sound a bit stuffy. Since E.V. was a summer baby with no older siblings to bring germs home, we didn’t have any sort of illness with her as a newborn. Naturally I was freaked out, but thankfully at 8:30 that morning, we had our one-month check-up scheduled, saving me the embarrassing panicked-new-mom call to the pediatrician.

Side note before talking about the actual appointment: Can I get a petition started for all pediatrician’s offices to have built-in babysitters? Because, man, it is hard to wrangle two kids and keep a toddler entertained during the “hurry up and wait.” Can I get an amen? Either that or mandatory fish tanks in every exam room so that my child doesn’t beg to go back out to the waiting room to see the “fishies…” Okay, back to the point of this post… :)

Of course, as it always happens, as soon as we were in the exam room, Cricket was breathing easily and as happy as can be. However, my little baby did manage to cough on cue as the doctor inquired about her symptoms. Thank you for not making me look like an over-reactive mother! After examining her, Cricket’s lungs sounded fine, and the doctor wasn’t concerned “as long as she’s eating.” (She even cleared us to get Kit’s first vaccination, which usually occurs in the hospital, but we opted to wait. Ugh, back to the Snoopy Band-Aids!) Unfortunately for me, last night her stuffiness and coughing kept us both up (Cricket out of misery, me out of worry). The doctor’s orders were to keep her upright, even while sleeping, to help her nose and throat drain. Easier said than done! I spent the night changing Cricket’s position for comfort, and finally I ended up sitting in her nursery rocker with her on my shoulder. Yawn. I thought having a sick six-month old was stressful, but, man, a newborn with a cold is scary! Let’s cross our fingers that this is a quick one, because when describing my night, I’d say that instead of sleeping like a baby, Cricket snored like a dog. Well, like MY dog, Olive, who’s incessant snoring is unlike anything I’ve ever heard before…until now.

As for her growth (because that’s the actual reason for well appointments…), Cricket is average height, chubby and big-headed. (Sounds like another little lady I know…) She weighs more than a pound heavier than her birth weight at 10 lbs. 9 oz. (90th percentile), is 21.5″ tall (55th percentile) and has a 38.4 cm head (95th percentile). You can take a peek back at E.V.’s one month appointment to compare my little doppelgangers if you’re curious! 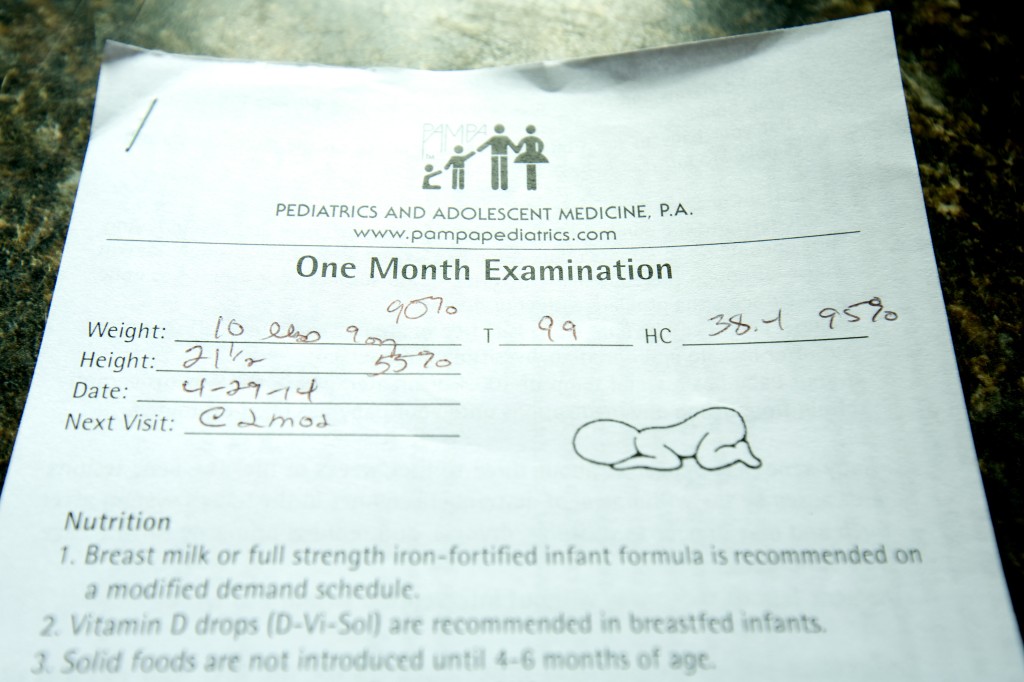 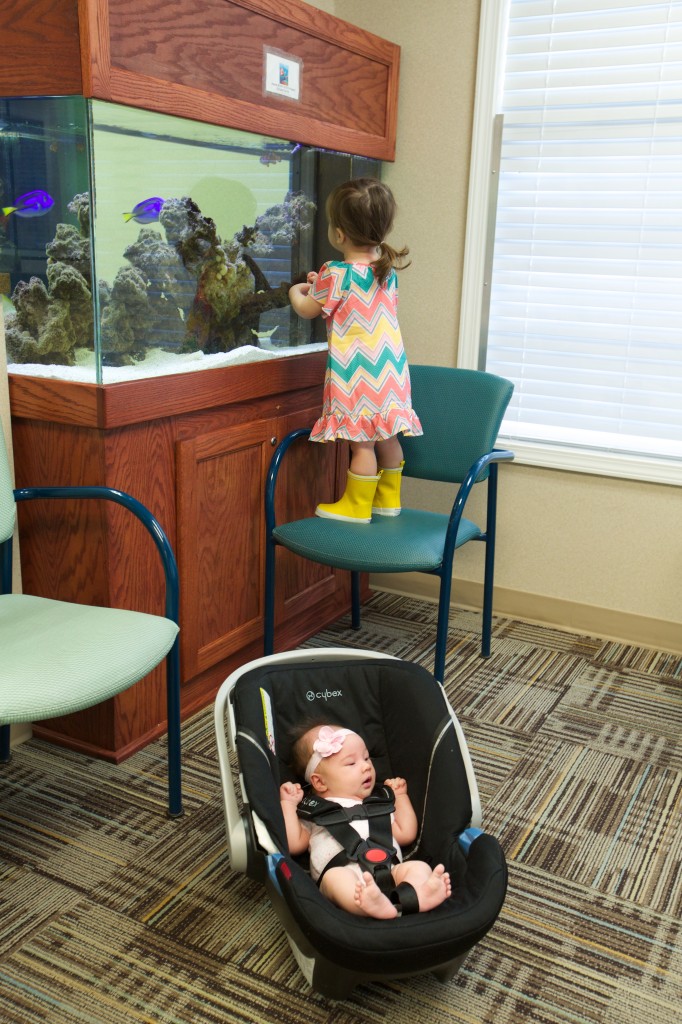 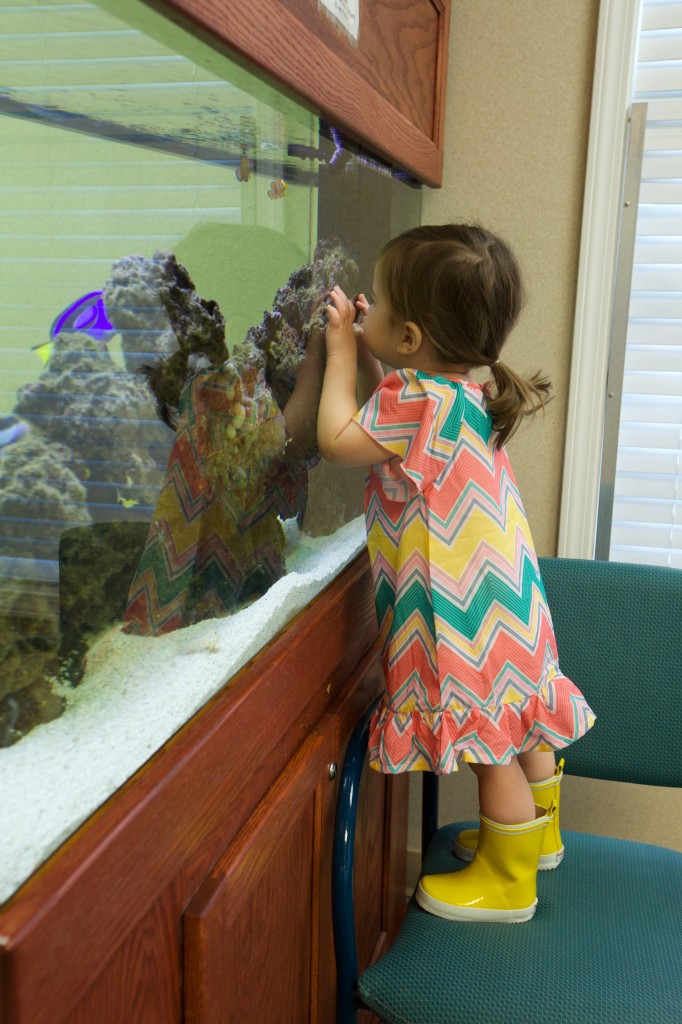 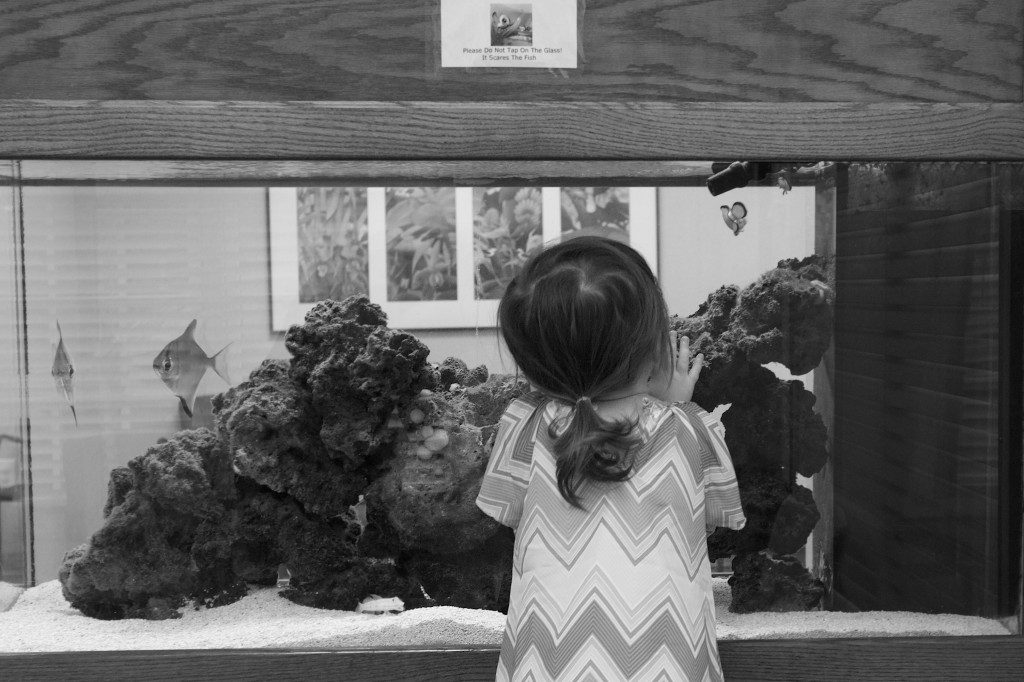 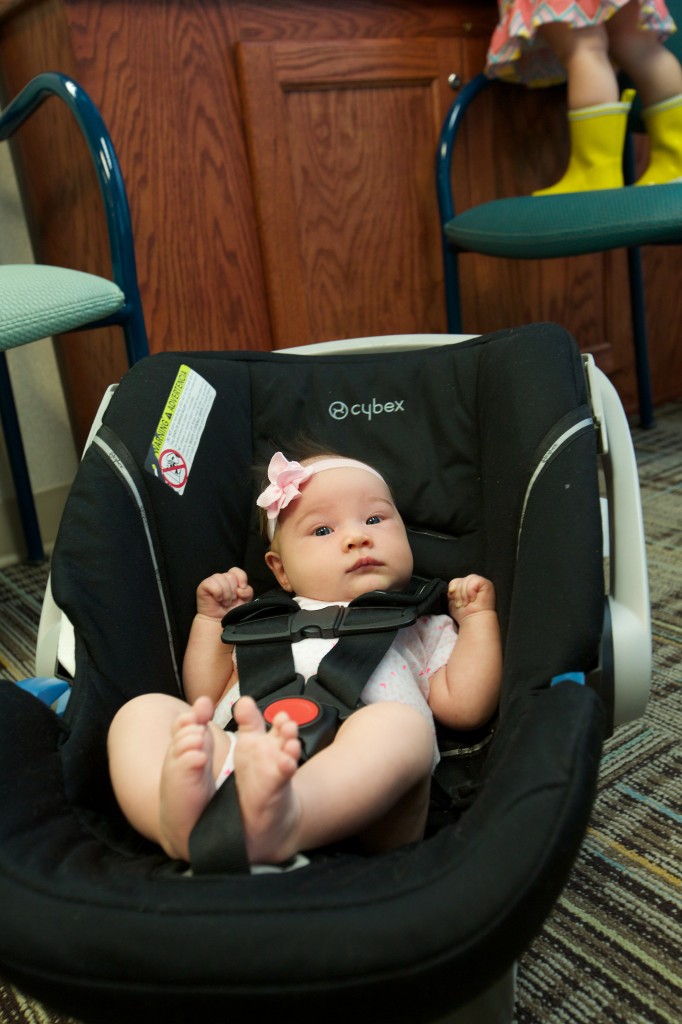 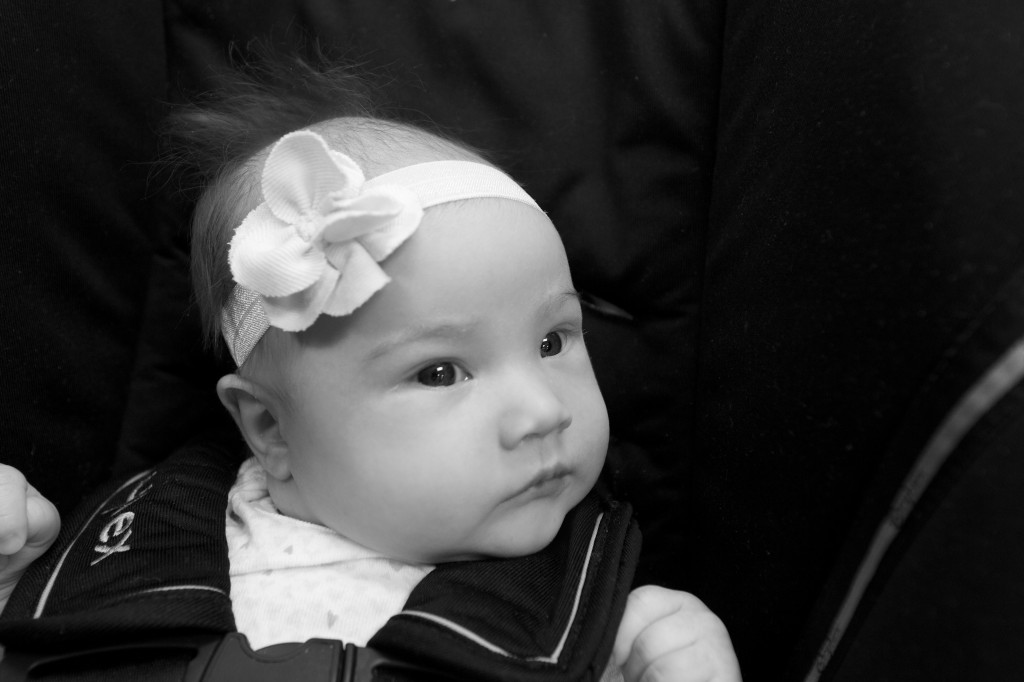 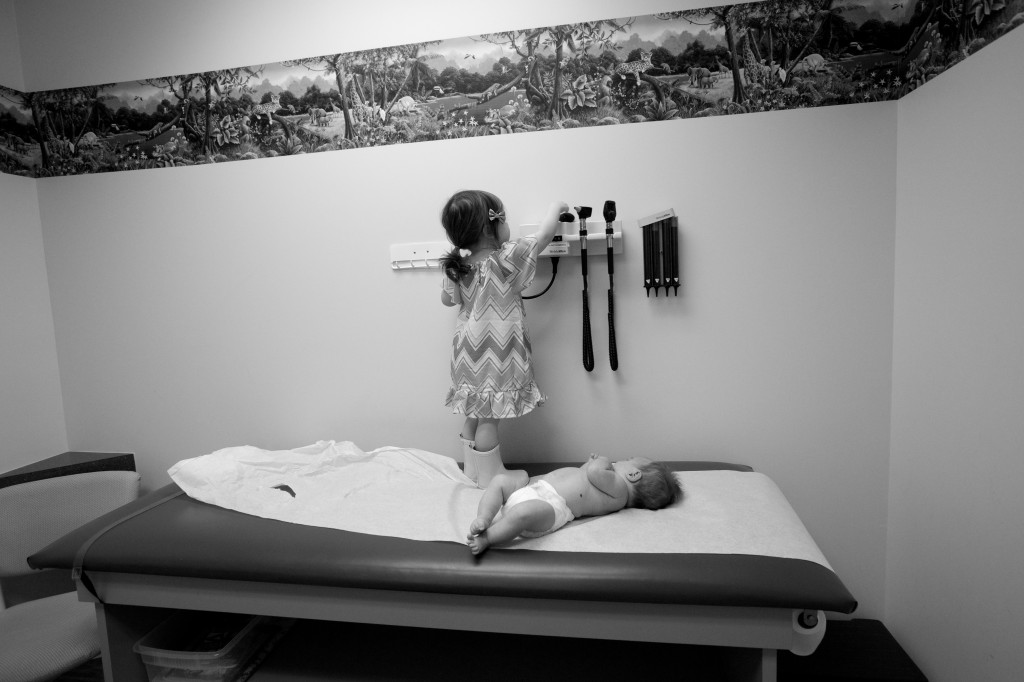 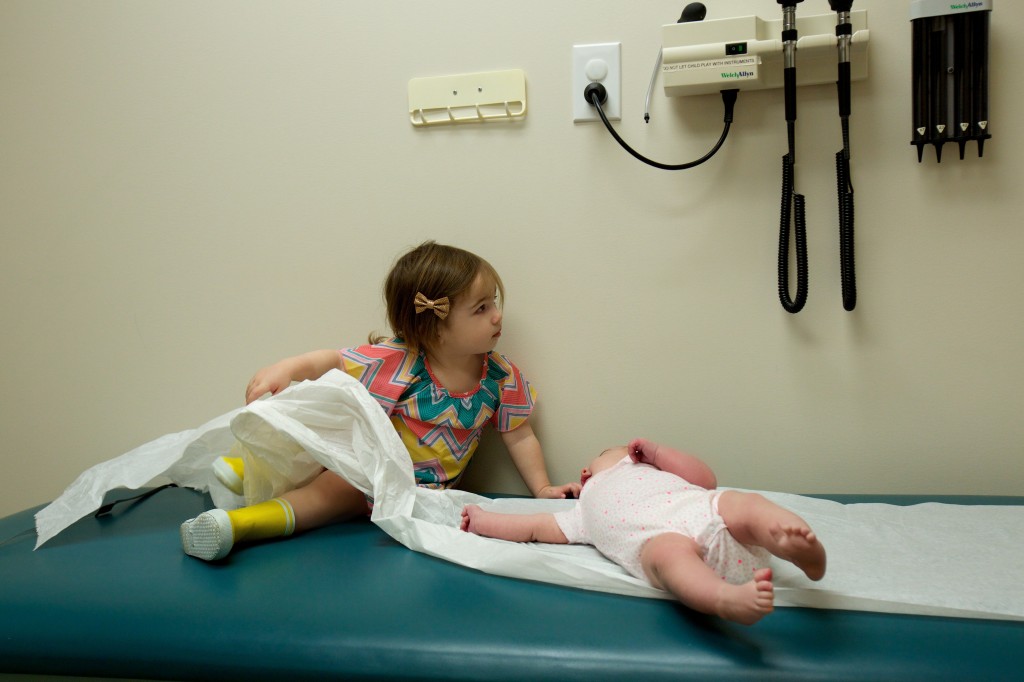 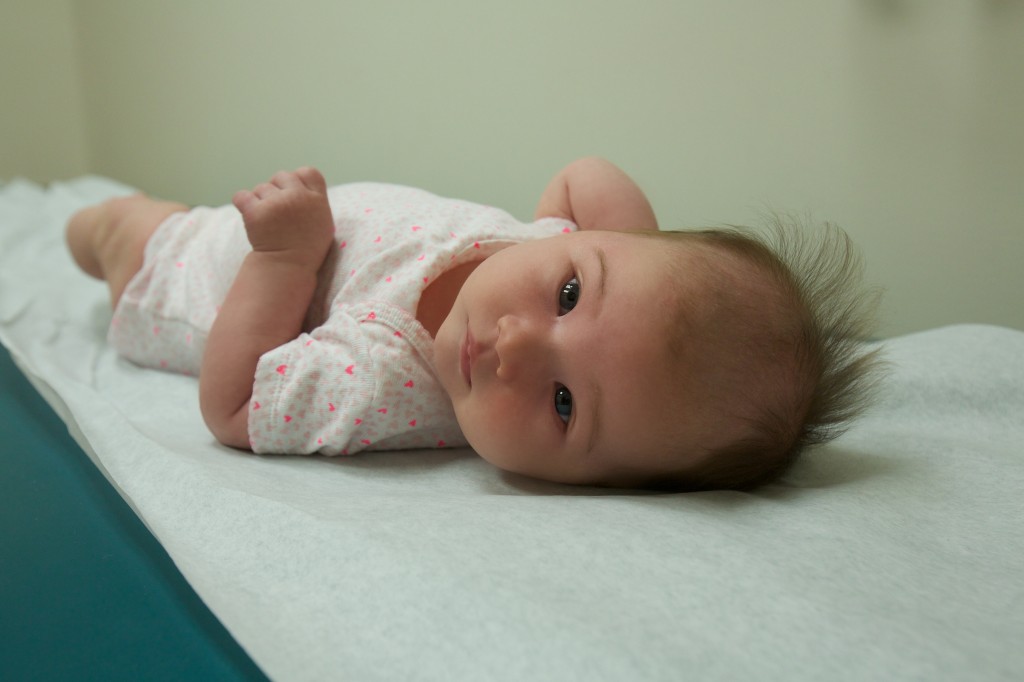 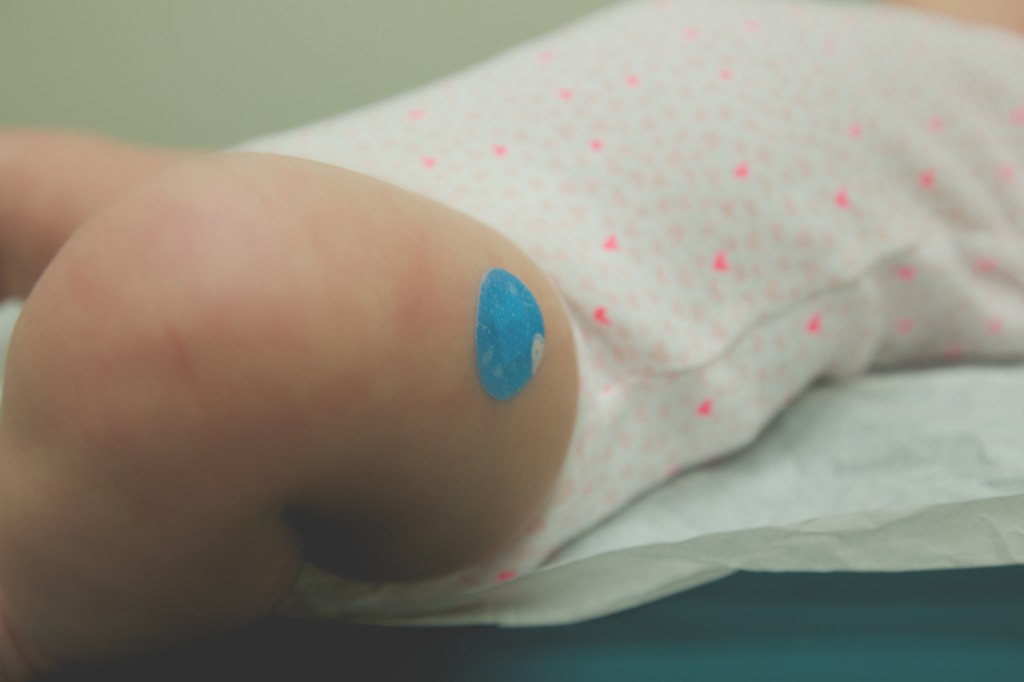