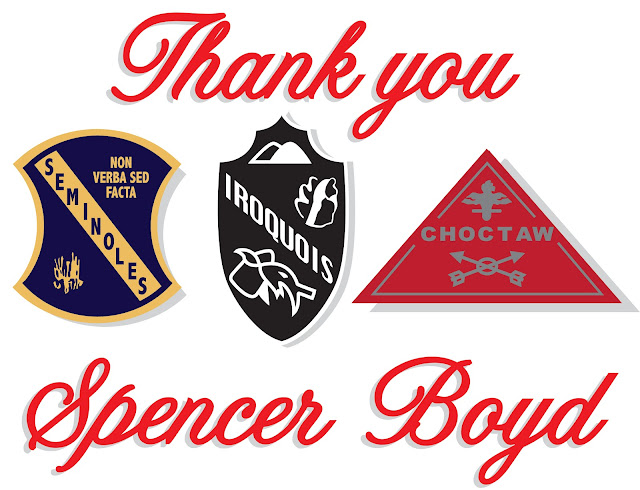 Growing up, I spent my summers at camp. Many of my best memories come from that time in my life, and even thinking about it now wells up in me emotions that only former Merri-Mac campers can comprehend. I remember those hot summer days in much detail, and even now, more than a decade of camp-free adulthood later, I would give anything to go back and recapture that time in my youth again–even if just for one more summer.

At the helm of those carefree days was Spencer Boyd, a man whose impact will be felt for generations. At Merri-Mac, Spencer created a safe space where girls can grow up carefree, spending their summers truly being kids, building friendships, learning about life and growing up a little in the process. From year to year I would spend the 11 months in between summers missing my camp friends, writing snail mail, watching the promotional tape over and over, dreaming about the upcoming season. Spencer’s vision for Merri-Mac gave me an environment where I made some of the most impacting relationships of my life, an environment where anything seemed possible, where legend and lore came to life, an environment where I chose to follow Jesus Christ for the first time. There is something magical about Merri-Mac, and every camper and counselor who has ever been lucky enough to call Merri-Mac their home knows this to be true. When I think about Spencer, I wish that I had had the wherewithal as a teenager to tell him thank you face to face, to tell him thank you for his vision for Merri-Mac, thank you for the history he preserved and cultivated there, thank you for giving me a place to spend my childhood summers. The magic of Merri-Mac and the love so many girls have for it is a testament to Spencer, and as the magic lives on, so will his memory.

Ryan and I spent our third anniversary in Asheville so we could visit Merri-Mac. He’s spent hours listening to me ramble on about my time there, about my friends and adventures, about its traditions and  how closely I hold them to my heart. I have never been so excited to show my husband anything as to take him down to Sunspot where Evelyn Penuel and I spent our final summer painting a giant sun on the floor, to show him the Chapel where I accepted Christ, to step into Sunny Side so that he could finally envision where all of my stories took place, finding my name inscribed in various places on the walls. We have a six month old daughter now, and we’ve already talked about her time at Merri-Mac, how she will be an Iroquois (chief?), how she’ll go every year possible, Tweedle all the way to Sunny Side, how she could be Princess one day, how I’ll be so proud the first time we drop her off and cry with her the first time we pick her up in tears because she doesn’t want to leave. I’ll know exactly how she feels, and that will be both heart breaking and wonderful.

Yesterday the world lost an amazing man with the passing of Spencer Boyd. I know that there are many people grieving out there, but I take solace in knowing that although he’s no longer with us, his impact will be felt for generations to come, that around campfires each summer legends will be told of The Great Spencer Boyd and of the place he created that so many hold so dear. Thank you, Spencer.