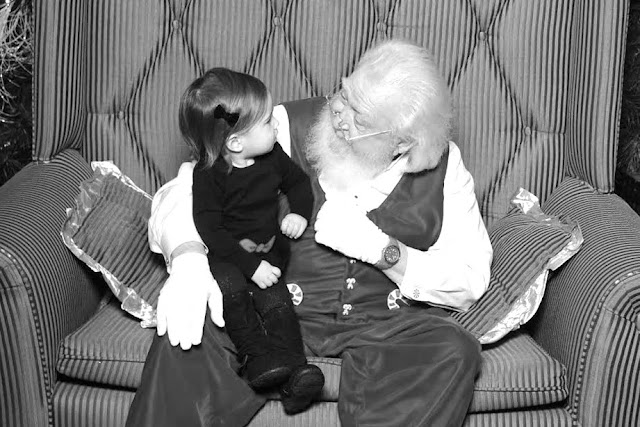 I broke my cardinal Christmas rule this year, which is to see Santa early before the madness begins. We’ve all been sick over the last month and Ryan’s been traveling like crazy, so somehow Thanksgiving snuck up on me this year (despite being super late in the month). As November slipped quickly by, I could feel the pressure mounting; getting your child into see The Big Guy post-Thanksgiving can be a total nightmare, a nightmare I didn’t want to deal with. So, on a whim, we packed E.V. up after her nap on Wednesday and decided to join all the crazy people doing pre-Black Friday shopping. To my surprise we walked straight into see Santa with no line! (His “elf” told us we had missed the crowds by about 30 minutes…whew!)

Emma Vance wasn’t quite sure what to make of ol’ Kris Kringle (giving him the same look of confusion as last year), but she sure had fun running around his North Pole for a while! Eventually one of Santa’s Little Helpers lured E.V. over toward Santa with the promise of a noise-making toy, and three quick pictures later, it was over! In and out in about 10 minutes? We’ll take it! 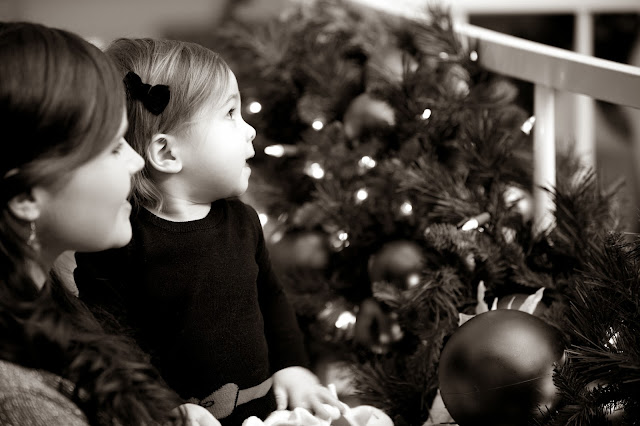 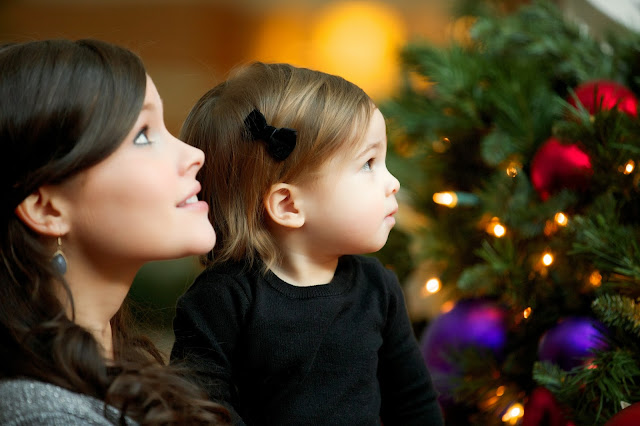 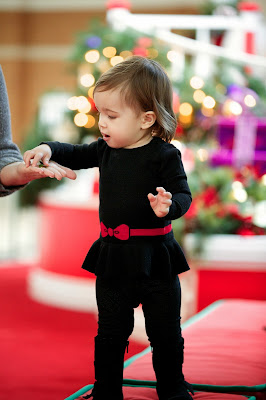 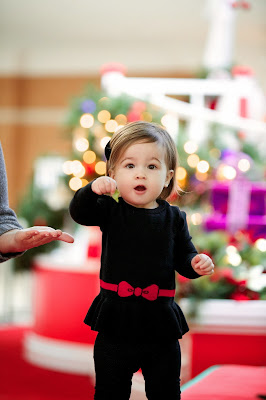 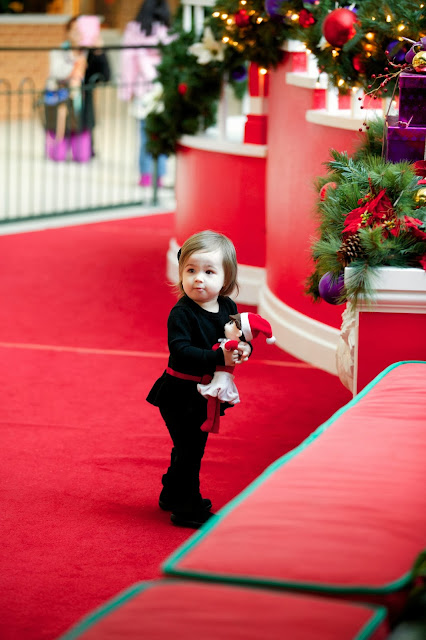 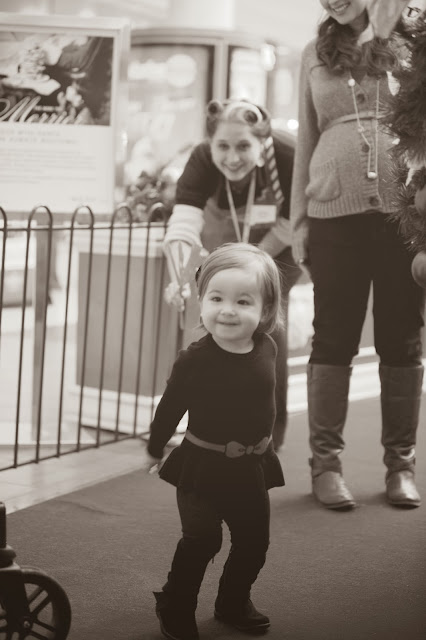 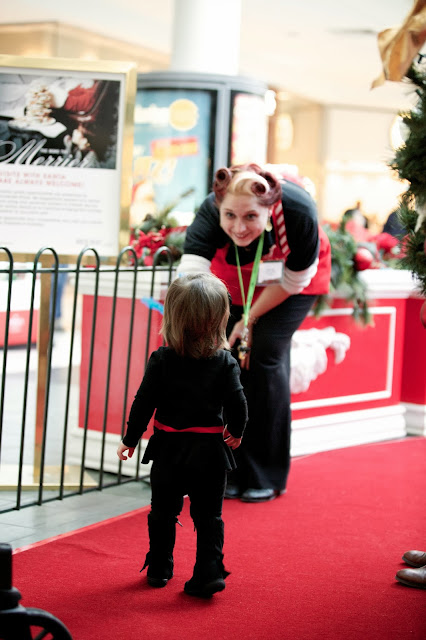 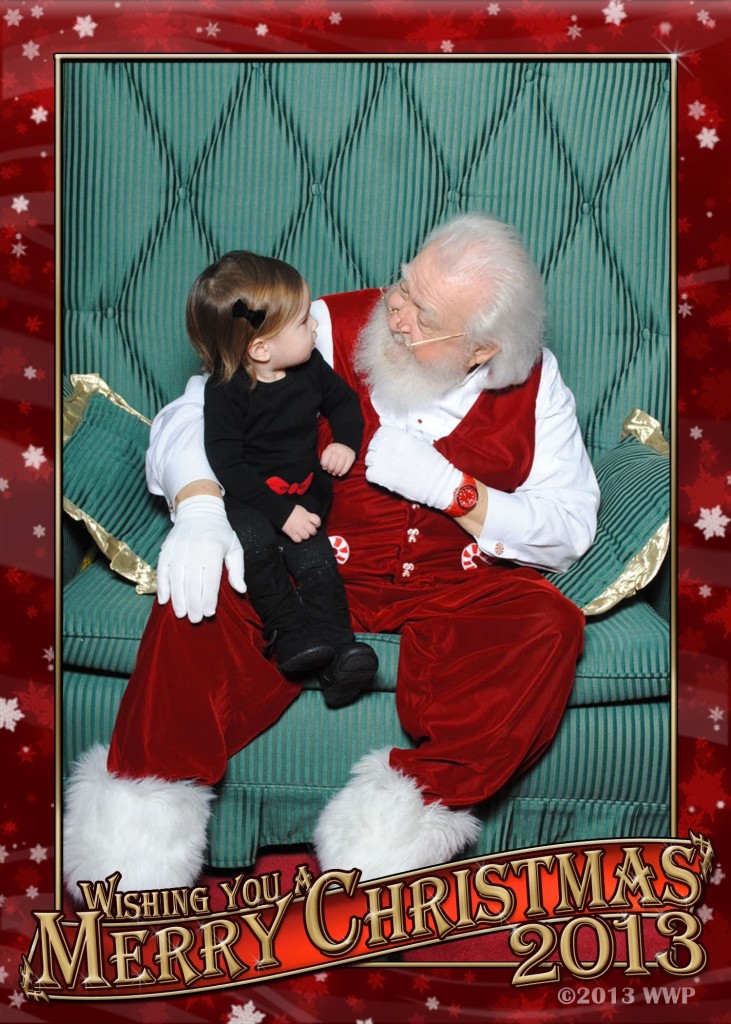