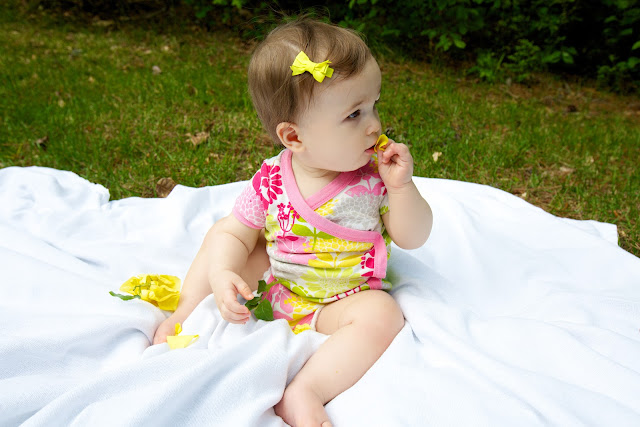 I gave our current rental house its nickname, Amityville, for a variety of reasons, one of which being that the house next door was a scary foreclosure. (And I mean scary.) At the beginning of the year, our landlord mentioned that he had seen the property go up for auction and that someone had bought it. We waited patiently for that person to claim Amityville’s Sister for several months, and finally a few weeks ago a family moved in–and started gutting the place.

It’s been an interesting process to watch, especially the transformation of their backyard, which went from weeds-taller-than-Oscar to a beautiful garden seemingly overnight. We’d seen the family here and there, yelling apologies across the fence as the dogs barked at their children running around in the newly-mowed backyard, but we hadn’t really spoken with them much until last week. I noticed that the whole family was outside, mom, dad, and FOUR kids, so I brought out the baby to say hello. It turns out that they’re from Russia, they moved her over a decade ago, they have three girls and one son who’s disabled and in a wheelchair, and they are perhaps the sweetest family ever. Their kids are so wholesome and adventurous; they ride bikes and explore nearby neighborhoods and climb on the roof and jump off and pretend pine straw is rose petals to shower upon one another. Their daughters are the best of friends, not afraid of anyone or anything, and I’m pretty sure they don’t even own a TV or computer. It’s like glancing back into the ’50s, when kids were real kids. I love The Russians!

The mom has been so nice ever since, sending over homemade Russian cookies and pastries (ohmygoshdelicious), giving the girls–who are both extremely outgoing and obsessed with E.V.–every excuse to knock on our door incessantly. They’re always eager to hold “Baby Yeh-vah” and play with the dogs, and yesterday they were especially anxious to see E.V., ringing the doorbell more than a few times when Ryan was home alone. When I arrived back at Amityville with the baby, I took her next door to relieve Ryan for a bit, but since it was close to dinner, they asked if they could have more time to play today. I agreed, telling them to meet us at 4 p.m. in between the yards. They begged me to bring the dogs out too, and I told them I would bring just Oscar (because he’s nicer). I had set up a play date with a 13-year-old, a 9-year-old and a 6-year-old. I should have known better.

Today came, and I adjusted E.V.’s Baby Wise schedule to make our little Russian play date work. I doused Emma Vance in sunscreen, gathered up all the stuff we’d need, including E.V. and Oscar, and headed out into the burning heat. (I even brought my camera to take some pictures of the girls to give their mother as a thank you for all the treats…) I set up camp, waited a few minutes, and then went to knock on their door. Silence. No one was home! I mean, these girls are ALWAYS running around after school. I have never NOT seen them playing outside during daylight hours–and no one was anywhere to be found!

So my poor little Emma Vance got stood up. {pouty face}

I, of course, kept thinking how dumb I was to think that kids would actually keep a play date. (Ryan said in reaction, “What did you think? That they’d add it to their iCal?” Well, yeah. Isn’t that what the iGeneration is SUPPOSED to do?) So sad Miss Emma Vance was all alone, and in an effort to salvage the afternoon, I picked a rose from our flowerbed for her to play with. It wasn’t until she started pulling off the petals that I realized how ironic it was–The Russians love me; they love me not. They love me; they love me not…

After about 30 minutes, the eldest girl hopped off the middle school bus, waving and heading for the front door. When she realized that she was locked out, she joined us for a bit, saying her mom sometimes runs to the store and that she just plays outside until her mom gets home (innocent 1950s lifestyle, right?). She played with E.V. for a bit, but after a while I had some errands to run. I gave her my number, telling her to use our other neighbor’s phone to call me if her mom didn’t come home soon. She looked up at me and said with puppy dog eyes, “The worst part about when I’m stuck outside is that I’m soooo hungry and thirsty.” Oh, the subtlety of kids! I am NOT a kid-snack kind of grocery shopper, so I ran inside and grabbed her a Caffeine Free Diet Coke and an Odwalla Bar. Merp. :/ (The other options included Lemon San Pelligrino and an opened can of mandarin oranges, so don’t judge me. Ha!) Sorry it’s not some delicious homemade Russian pastry like you’re used to, kid!

Emma Vance was so happy to have at least a little time with a friend today, and for that I’m thankful. It wasn’t a total waste of an afternoon, I suppose, since I got some pretty pictures of my little lady, and my little lady got some good wholesome time outside. (Not everything can be Sesame Street and Leap Frog!) HOWEVER, will I make official play dates with non-adults again? Um, I’d say not… :) 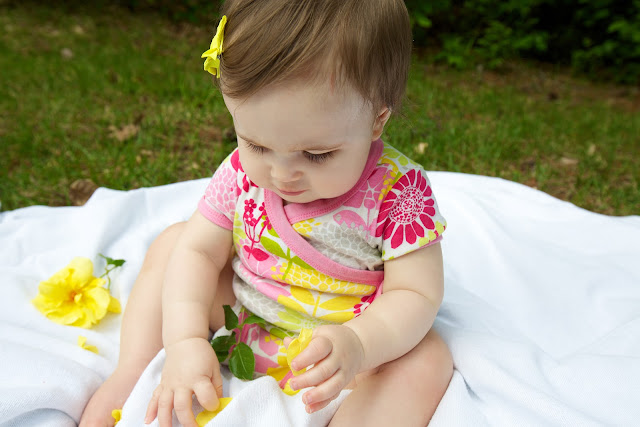 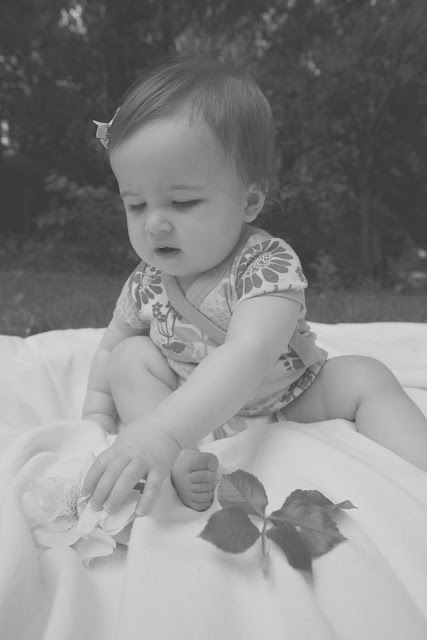 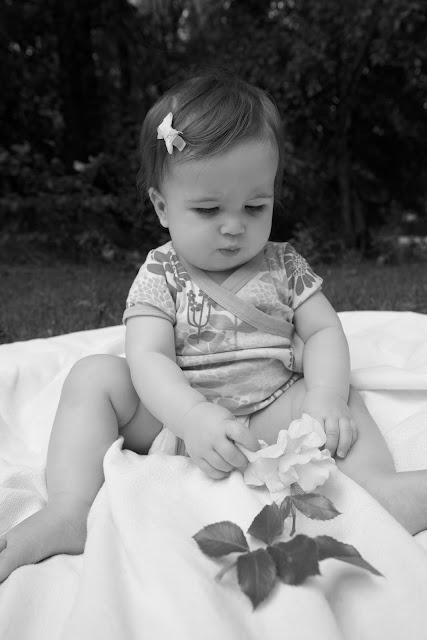 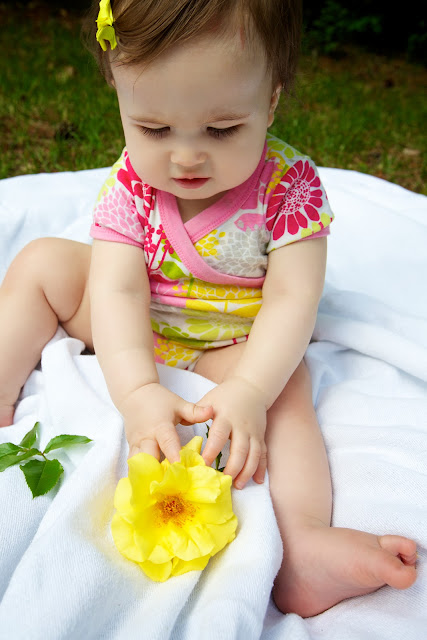 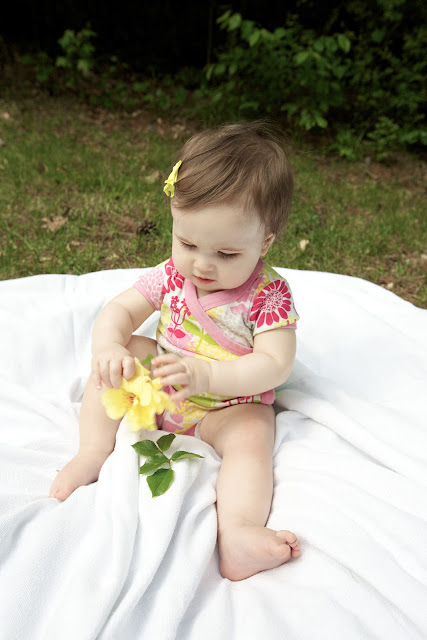 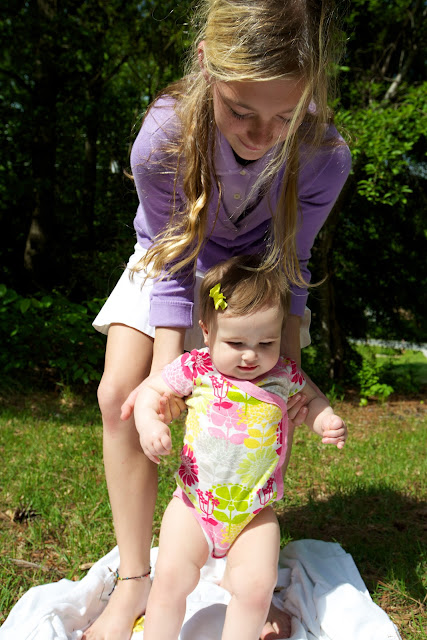 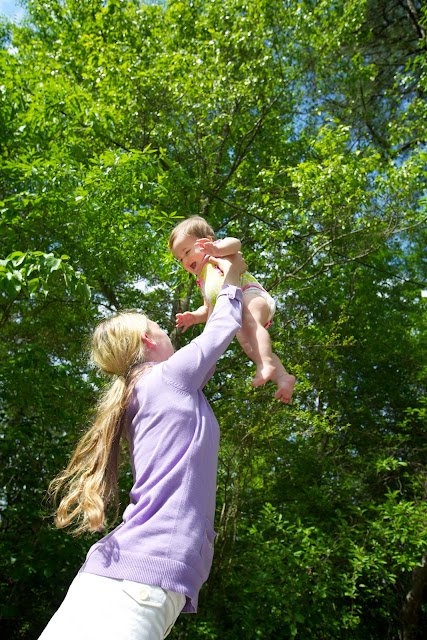 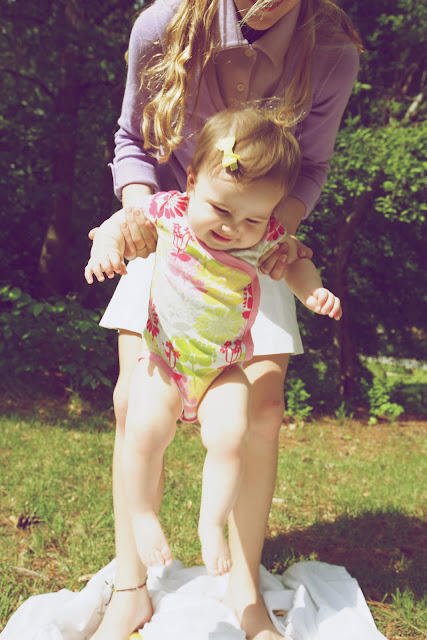