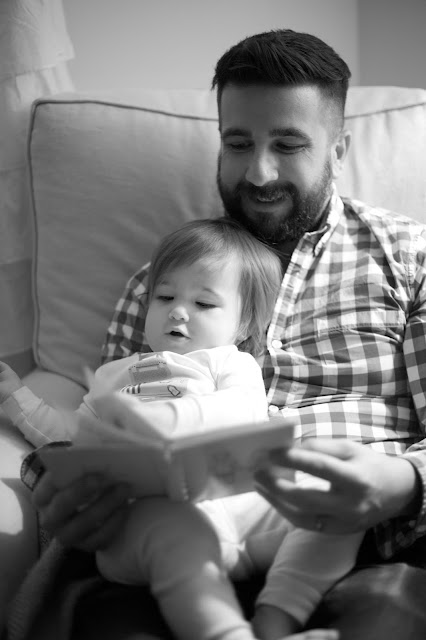 For whatever reason, I got into a conversation with myself the other day (which happens quite often and many times ends up with me arguing…with myself) about the term “Working Mom.” Ever since having Emma Vance, it’s been uncomfortable for me to answer the obligatory inquiry, “What do you do?” when I meet new people. I always fumble awkwardly over my answer:

Well, my husband and I work from home…but he travels a lot. And I don’t. I help him with the business, but I’m not his assistant. {nervous laughter} But we’ve got a one-year-old, so really that’s my main job. Oh, and I do graphic design, mostly invitations…but I’ve been limiting that since having the baby. So, really, I’m sort of a Stay at Home Mom, sort of a Work at Home Mom, sort of a Single Mom when Ryan travels. I suppose I’d call myself a mom, business owner and artist…if I had to define it. {awkward silence from the poor sap who dared to ask the polite question}

I started off simply saying that I’m a WAHM (Work at Home Mother), but I started to see that people took it as if I’m on my computer from 9 to 5 while simultaneously and miraculously nurturing my child. (You know, having it all, doing it all. Yeah, right! False.) Thus I turned to the long, drawn out and uncomfortable answer that nobody really cares about. I want to give an accurate picture as to what life looks like for me, but simply saying that I’m a mom or that I own a business is an incomplete painting of my day. My picture is messy and confusing to anyone other than me, and that makes for some interesting explanations to strangers. (Thankfully my friends get it…or at least pretend to get it!)

The other day I was with Ryan when someone asked him the exact same question, and his answer took about two seconds:

I own my own business doing film and video.

The subsequent conversation was not at all awkward and actually a good platform for Ryan to explain what “film and video” really means and some of his current projects. Truthfully, Emma Vance didn’t even come up until he mentioned that I help him. Hearing his response was eye-opening to me. I don’t think I’ve EVER heard a mother respond to a question about her career path without at least mentioning that she’s a Working Mother. It got me thinking–the term “Working Dad” doesn’t really exist in our society. Huh.

I started to consider our married friends with kids who are both 9-to-5ers with equal career paths. In those marriages, parental and household responsibilities should fall equally between the husband and wife because their time is equally limited, right? Thus, shouldn’t they have the same response when it comes to their careers? Shouldn’t it be that he’s a Working Dad and that she’s a Working Mom? But it’s not how we’re wired.

A man may know he’s a father (and a businessman and a husband and himself) and feel fully confident answering a question about his career by simply talking about his career, but a woman isn’t like that. We don’t compartmentalize the areas of our lives. We’re not just businesswomen. We’re not just moms. We’re “Working Moms,” “Stay at Home Moms,” “Household CEOs,” and “Work from Home Moms.” We don’t separate the two because we can’t separate the two. Even though we may have a traditional career in addition to raising children (which, let’s be honest, is truly a job in and of itself), it’ll always in addition. Not to say that men can’t and don’t feel an obligation to their children, but I’d venture to say that a woman’s inherent proclivity to feel like her children’s main caretaker is way stronger than a man’s sense of responsibility in that arena. Dad may get bath time and night-nights while Mom cooks dinner, but Mom’s the one making doctor’s appointments, throwing a travel snack together “just in case” and researching Montessori learning theories in her spare time. :)

And you know what? I feel bad…for men. As women, we get to claim the entirety of our lives openly; ask me what I do, and even though I’m not in a traditional career, I get to answer with job and family in mind. And my double-duty answer will seem natural coming from a female mouth. A man doesn’t have that freedom socially. I look at Ryan, who is a very present and willingly helpful father, and I think he deserves the title “Working Dad.” He’s not just a businessman; he’s a DAD and that takes a lot of effort (whether or not he cares about Montessori learning theories). I hate that his worlds are so separated because there’s something worth being proud of when you’re a working parent. You’re doing double the work, and you should get credit. Ryan doesn’t just get bath time and night-nights; he gets poopy diapers and lunchtimes and music time. I’m thankful that being self-employed from home has allowed him to share in the daily parenting duties (for all three of our benefits). He works at taking care of our daughter, and although providing for our family is his biggest responsibility (while my biggest responsibility is ensuring our child is well cared for), he is as much a Working Dad as I am a Mom Who Works. So hats off to him. And all of the other Working Dads out there. It may not be a socially-recognized term (yet), but, well, dangit, it should be. Men should be able to paint that accurate picture just as naturally as women are able to. So there. {cease ramblings}  :) 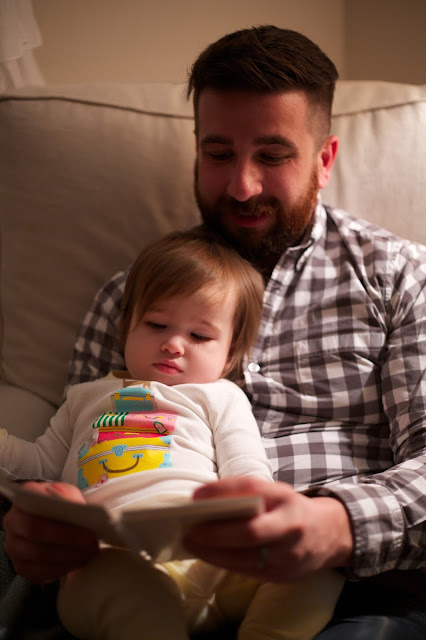