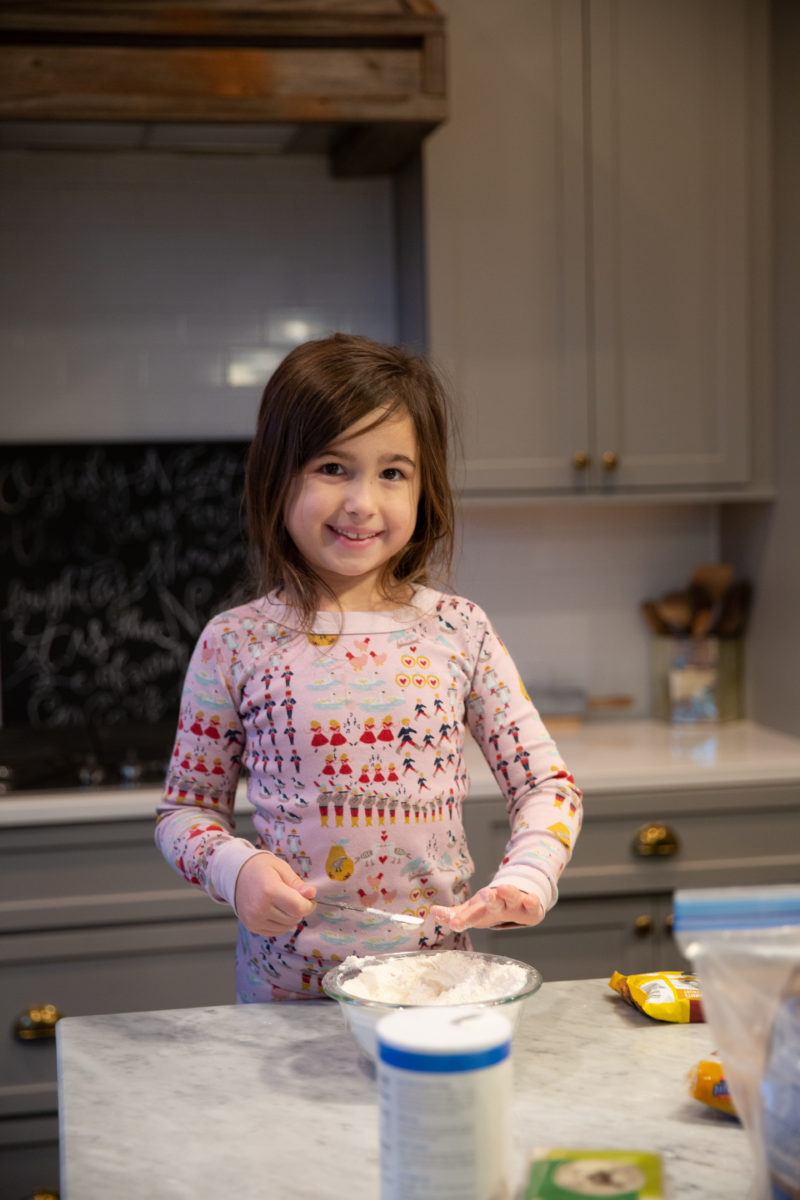 Christmas is almost here, and we are ready—and, TBH, ready for it to be over, haha! This month has been full and busy and fun and all the things December should be, and our little family has been soaking it all in. Below are a few snaps of all the things we’ve been doing to celebrate, but before we get to all the fun photo stalking, a quick story…

My mom’s “thing” around Christmas was to take the girls on a trip to the Pink Pig. (If you’re not an Atlantan, it’s an oddball holiday tradition around here to ride a train at Macy’s themed around a pig, which is, um, strange to say the least, haha!) Since she passed, we’ve taken our girls each year in her honor. It’s an easy way to talk to them about their grandmother around the holidays in a positive, happy way. Plus, it’s simple, cheap, and easy!

Well, most years it’s easy. Not this year.

We actually decided to ride the Pink Pig a few weeks before Christmas this time around (in hopes of having a more relaxing Christmas Eve). We had a plan: I’d get tickets and Ryan would walk the girls around the mall while I waited in line. (No need in all of us suffering!) Everything was going perfectly. I was about 30 minutes into my wait and about halfway through the line when a worried employee ran up to a worker who happened to be standing next to me.

“The train is broken.”

A pin on the train broke and a mechanic had to be called in. Everyone abandoned the line with frustrated murmurs, and I don’t blame them. But I stayed. The girls and Ryan did a few more laps around the mall and then joined me — now first in line — in waiting for the train to get back up and running. We saw the mechanic arrive as well as the Macy’s Events Coordinator, whom we have gotten to know over the years of visiting the Pink Pig. Since we had a *tiny* bit of an inside scoop from knowing the lady in charge, we knew things weren’t going well, and the one-hour estimated delay soon turned into two. The train was stationed in the back of the track, out of our view, and with no progress in sight, we were about to abandon our efforts. And then the Events Coordinator emerged, looking for Ryan.

“We need your help.”

Seriously, he was taking off his jacket and saying, “Here hold this,” before the words even finished leaving her mouth. (Ryan’s dream in life is to the hero, and here was his opportunity to save the day!) He and another strong guy jumped the ropes and disappeared back behind the ride. A few minutes later they emerged, having lifted the damaged car from the tracks and moved it off to the side. The Pink Pig was a little shorter than usual, but she was alive!

It was the year Daddy saved Christmas. Or at least our Christmas tradition…and many other people’s. By this time a line had re-formed of families waiting to ride the train, and when Ryan returned with good news, they all cheered. Us the loudest of all. 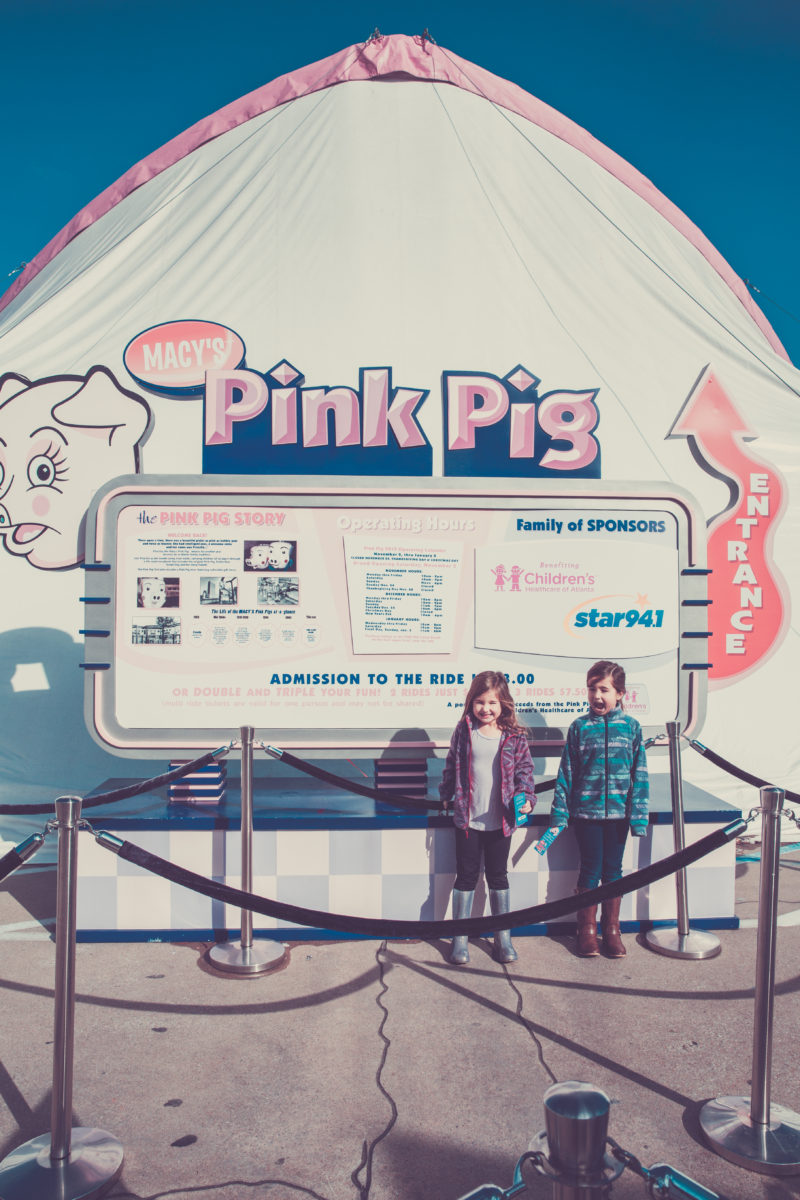 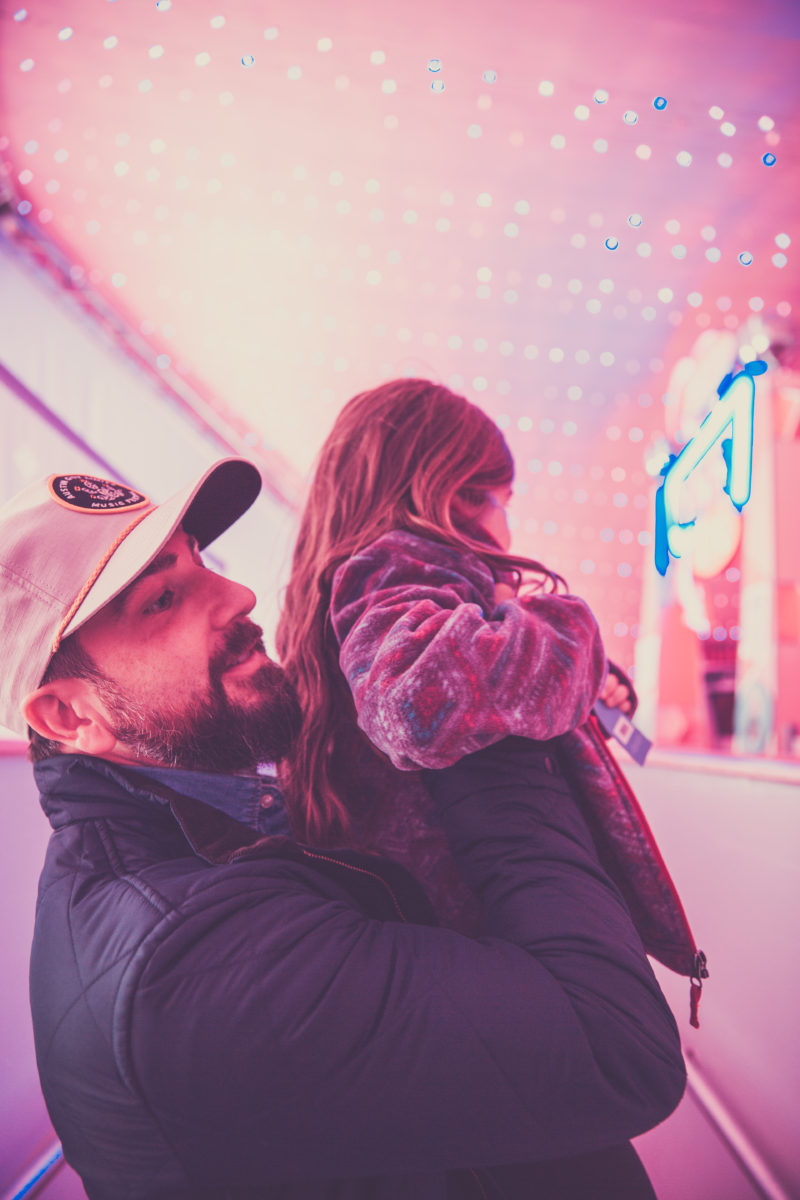 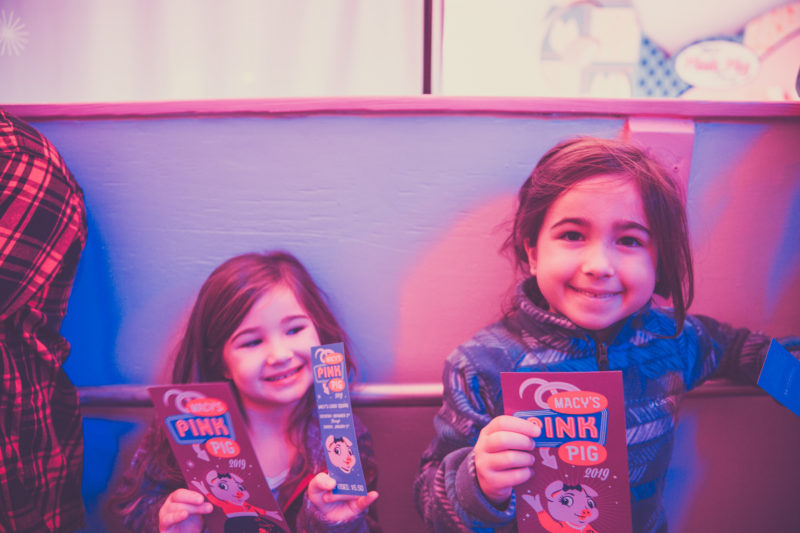 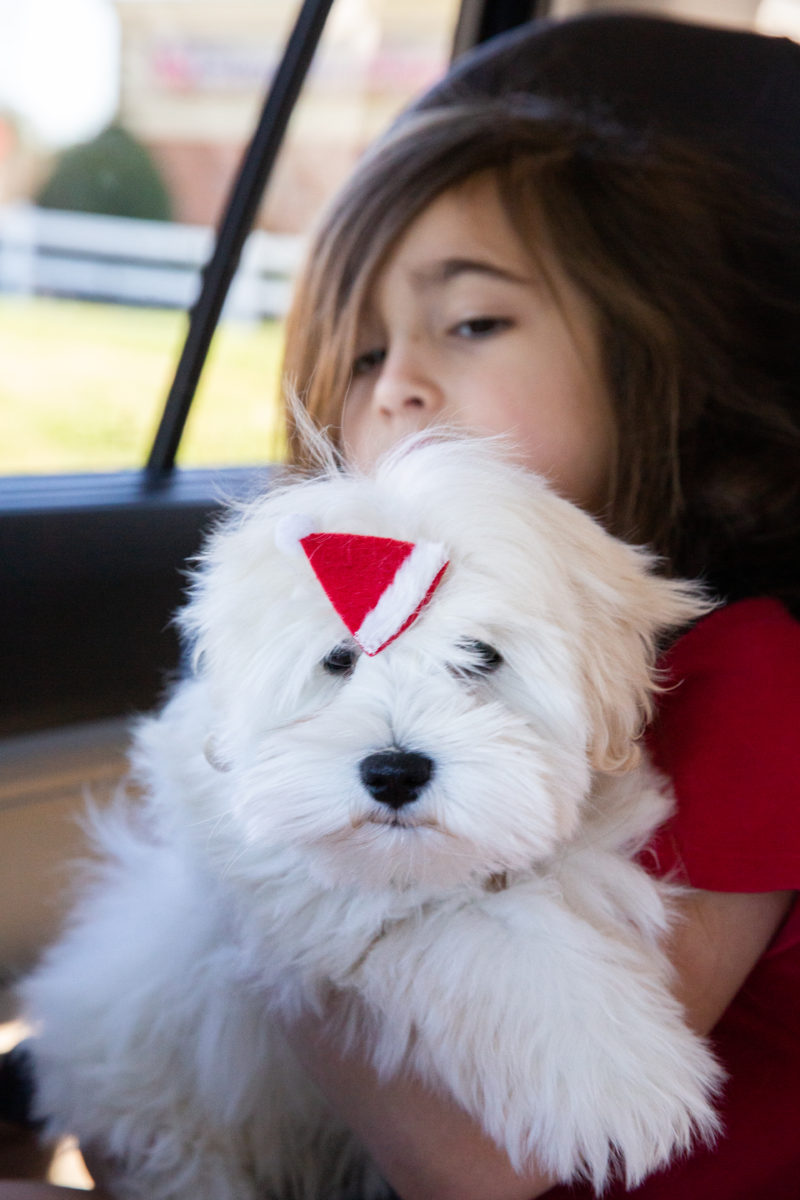 Shopping, eating and singing at  The Annual Holiday Market + Chorus Night at our school 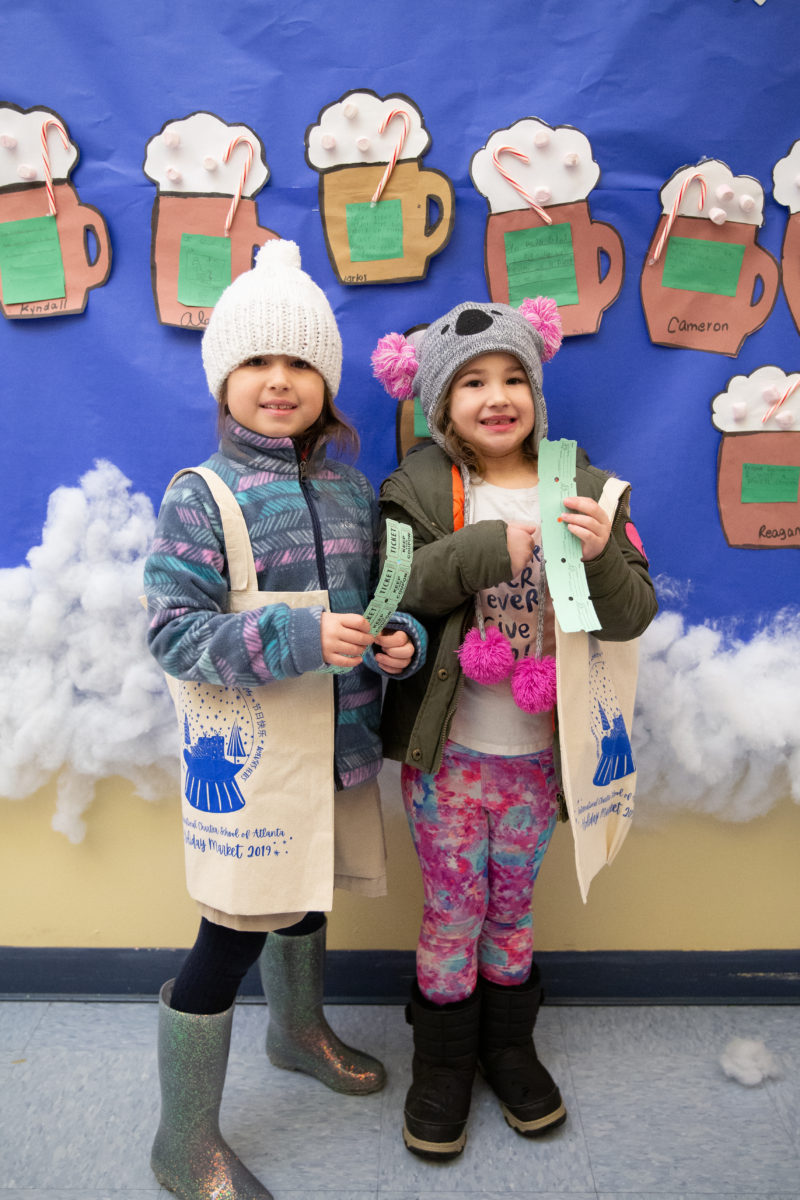 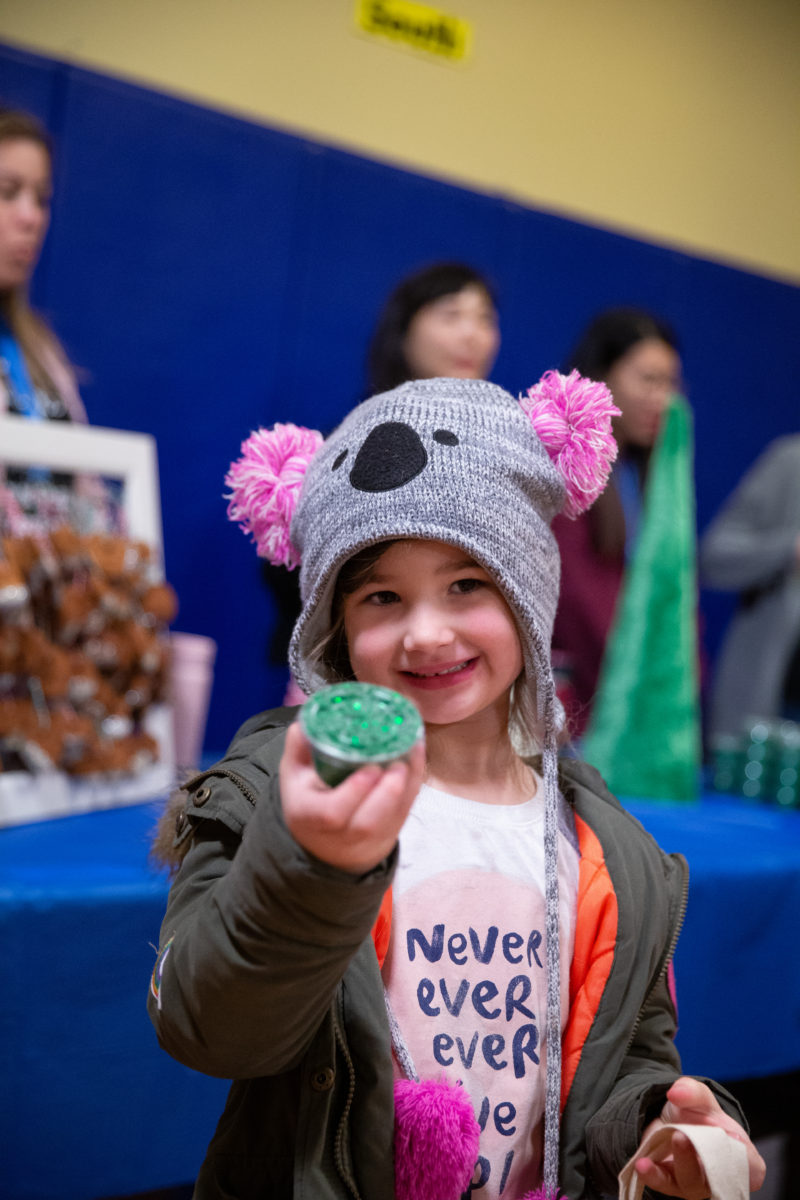 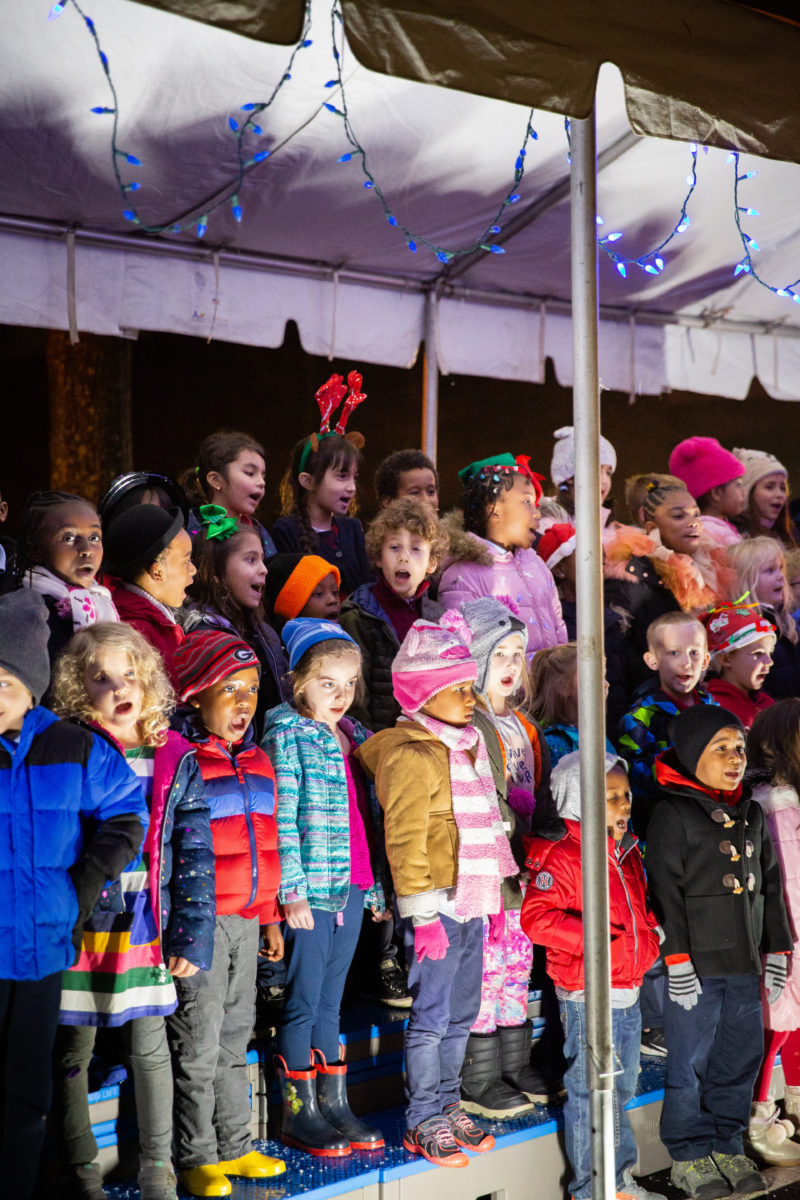 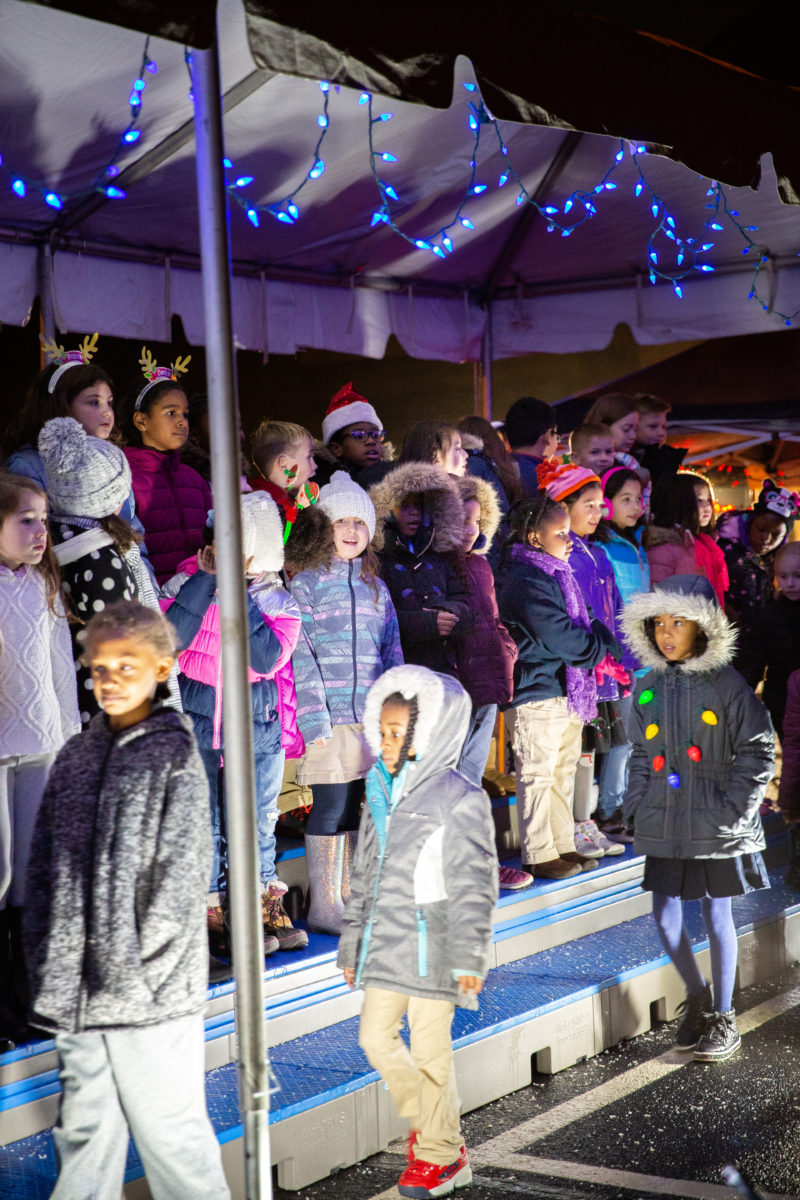 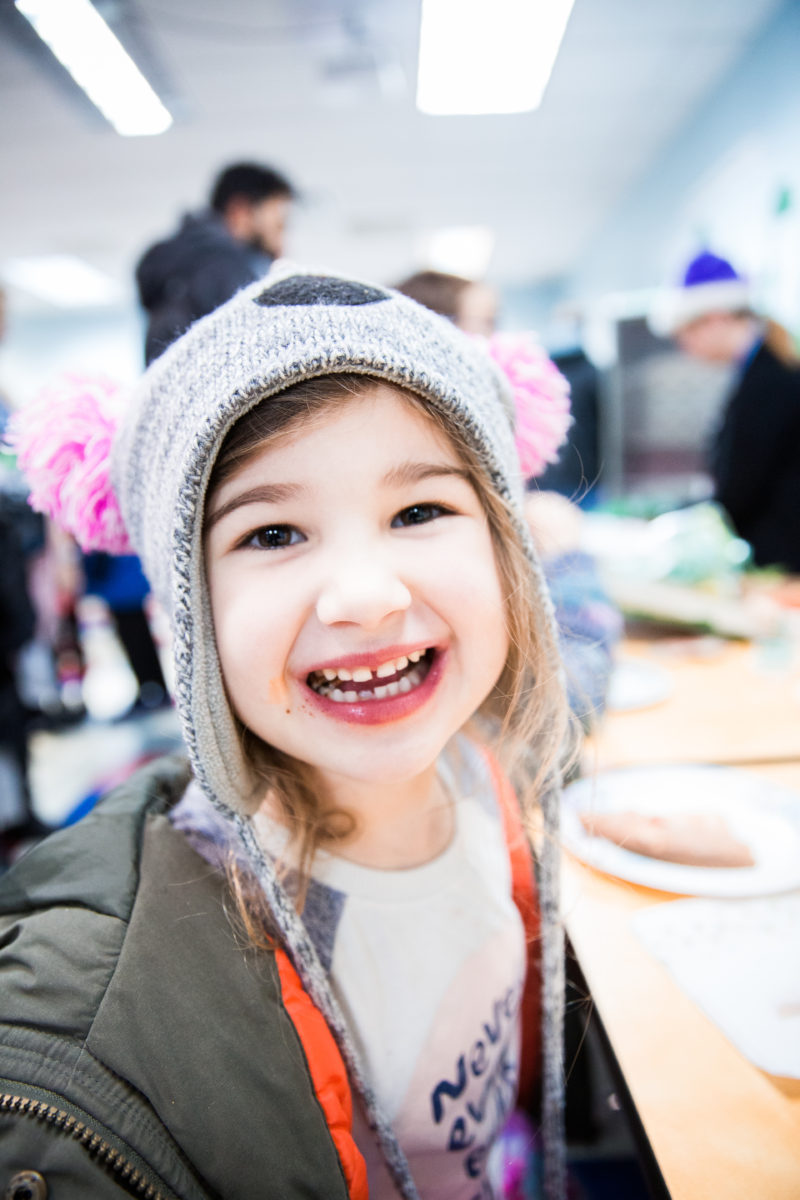 Making an angel for the top of our tree (with a puppy theme this year!) 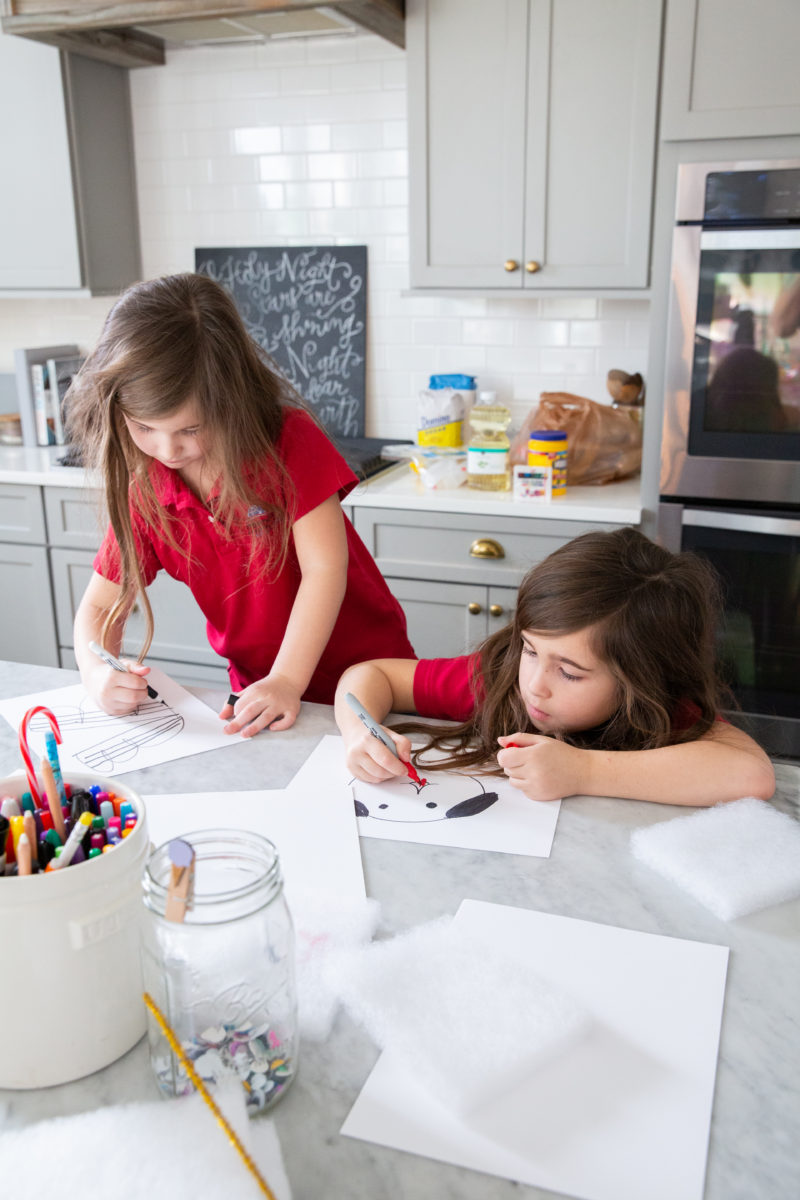 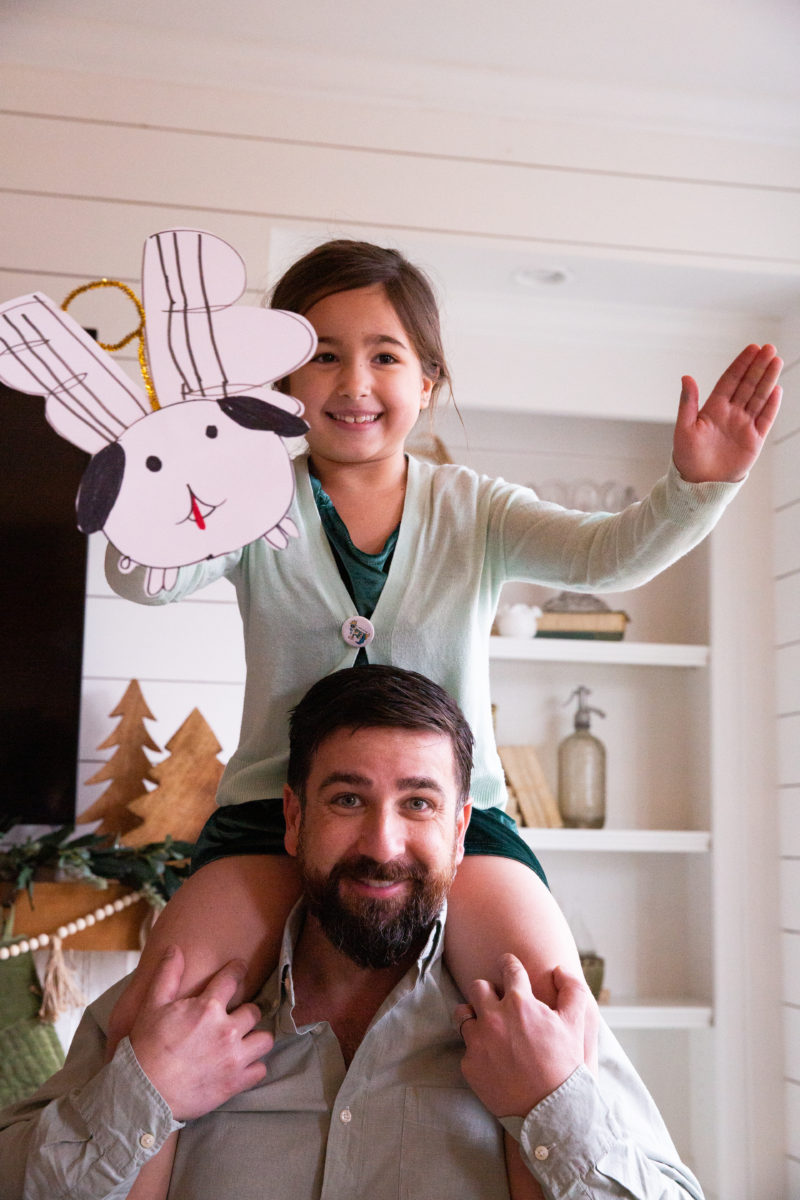 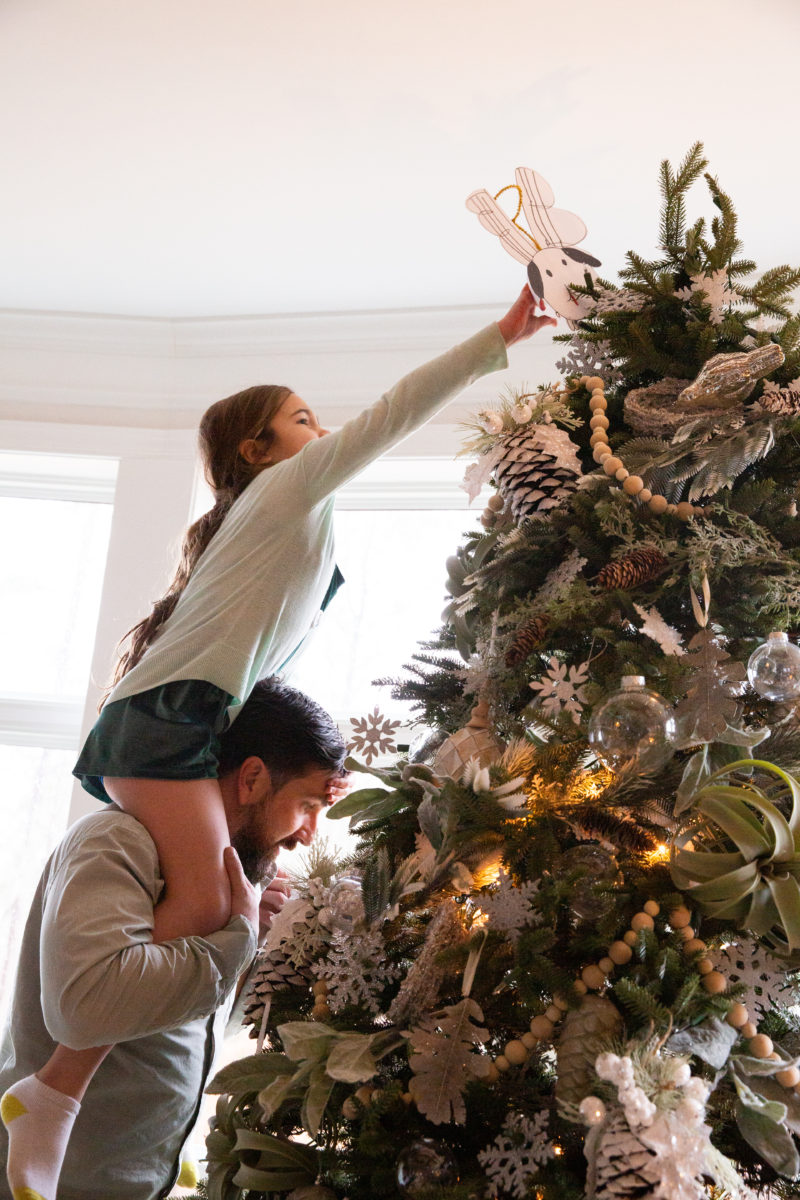 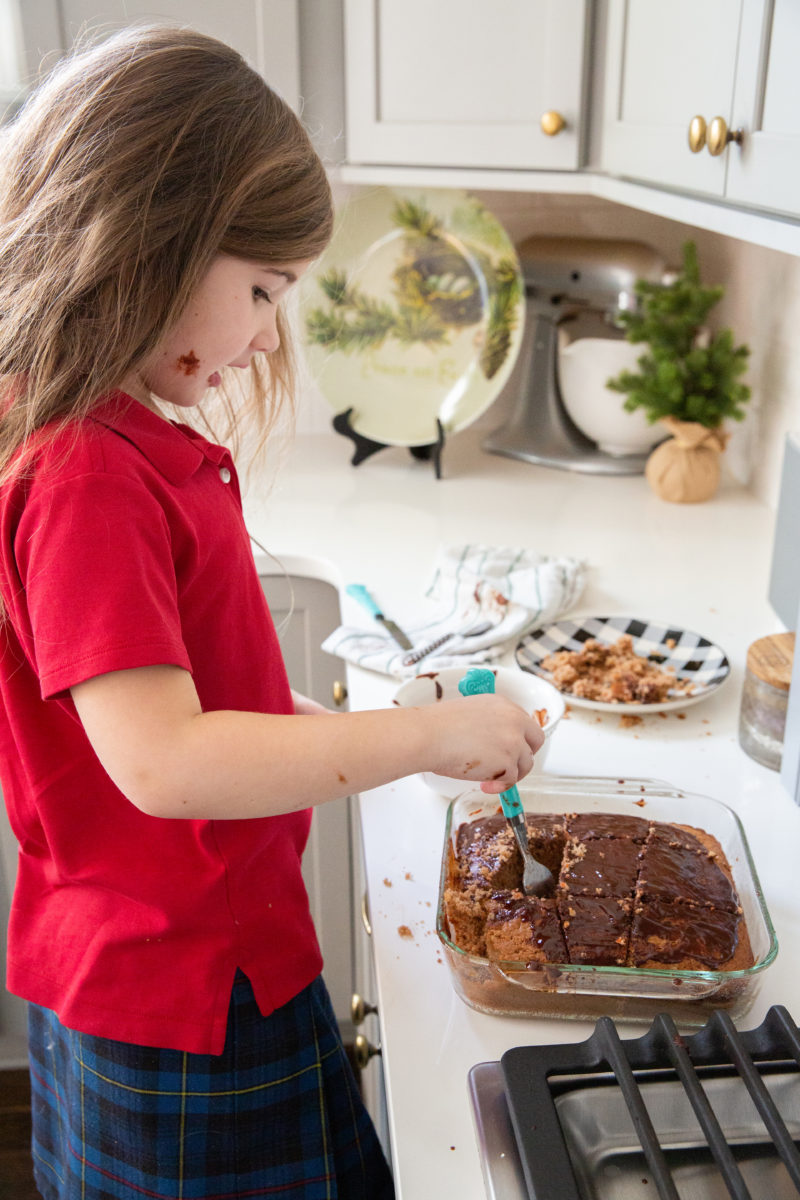 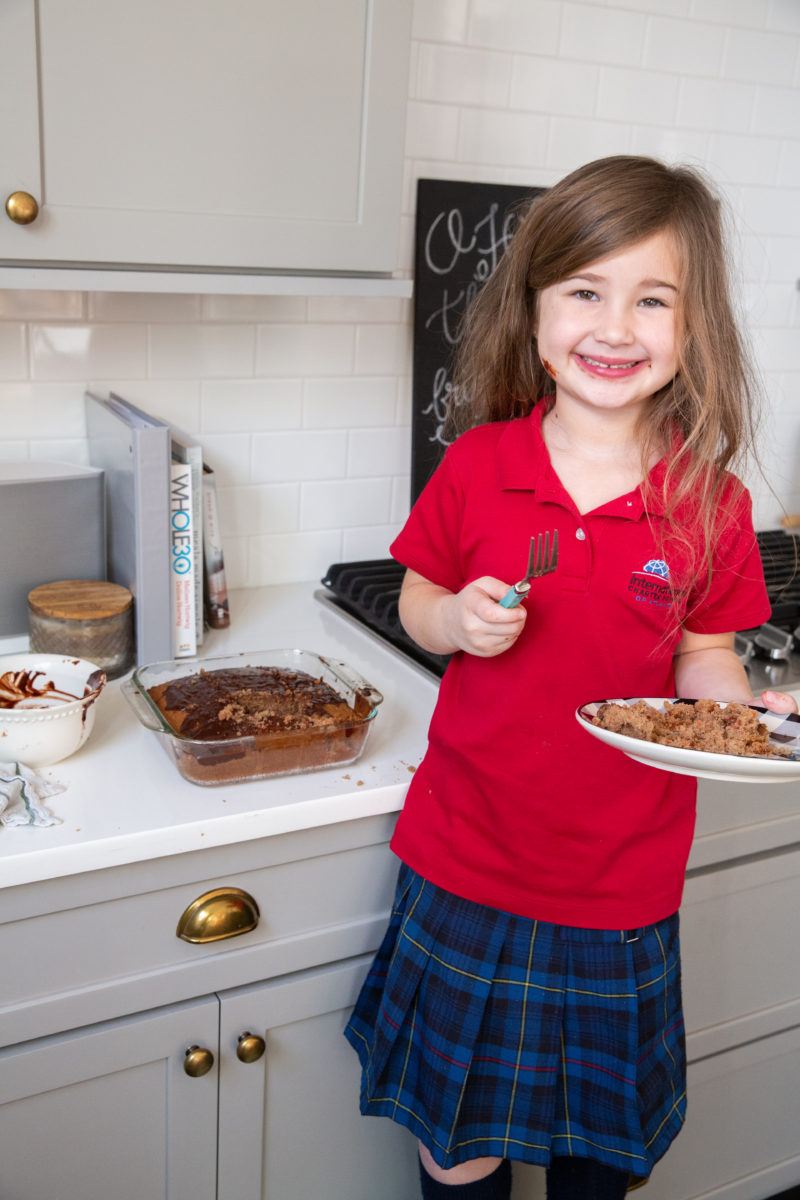 Christmas service at church (in the rain, yuck) 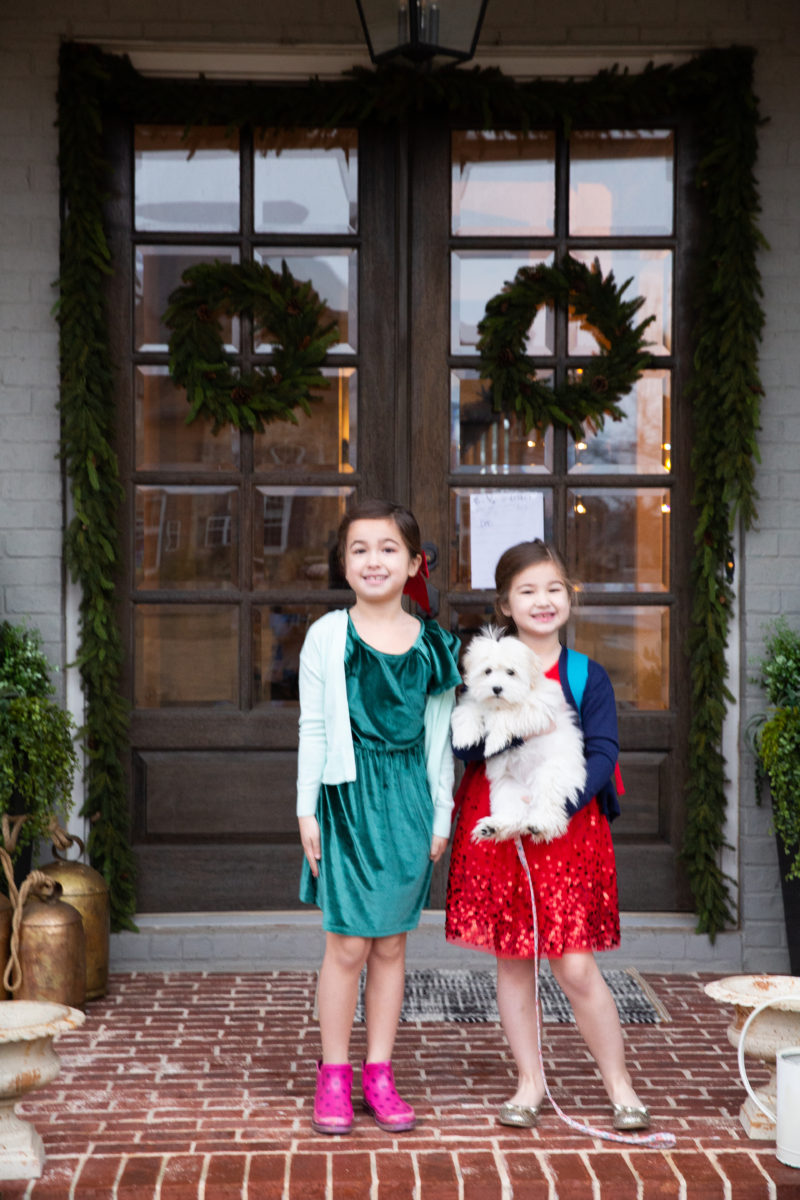 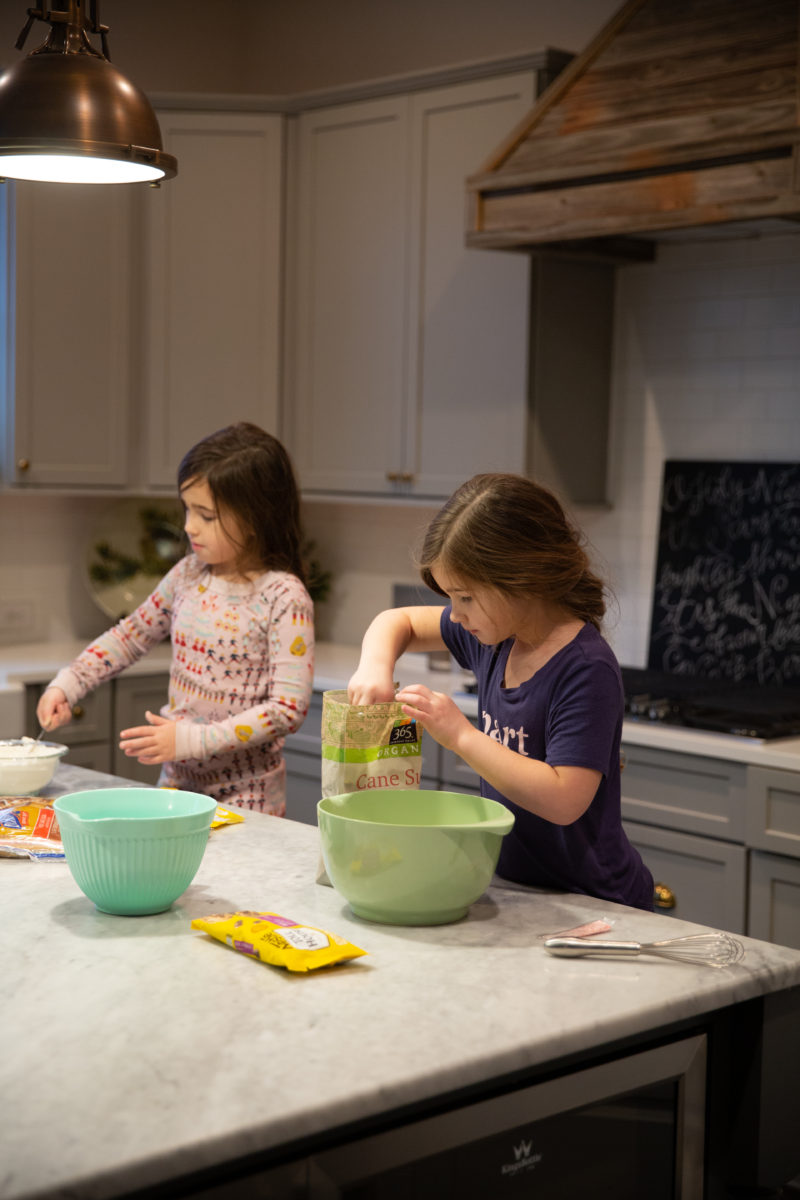 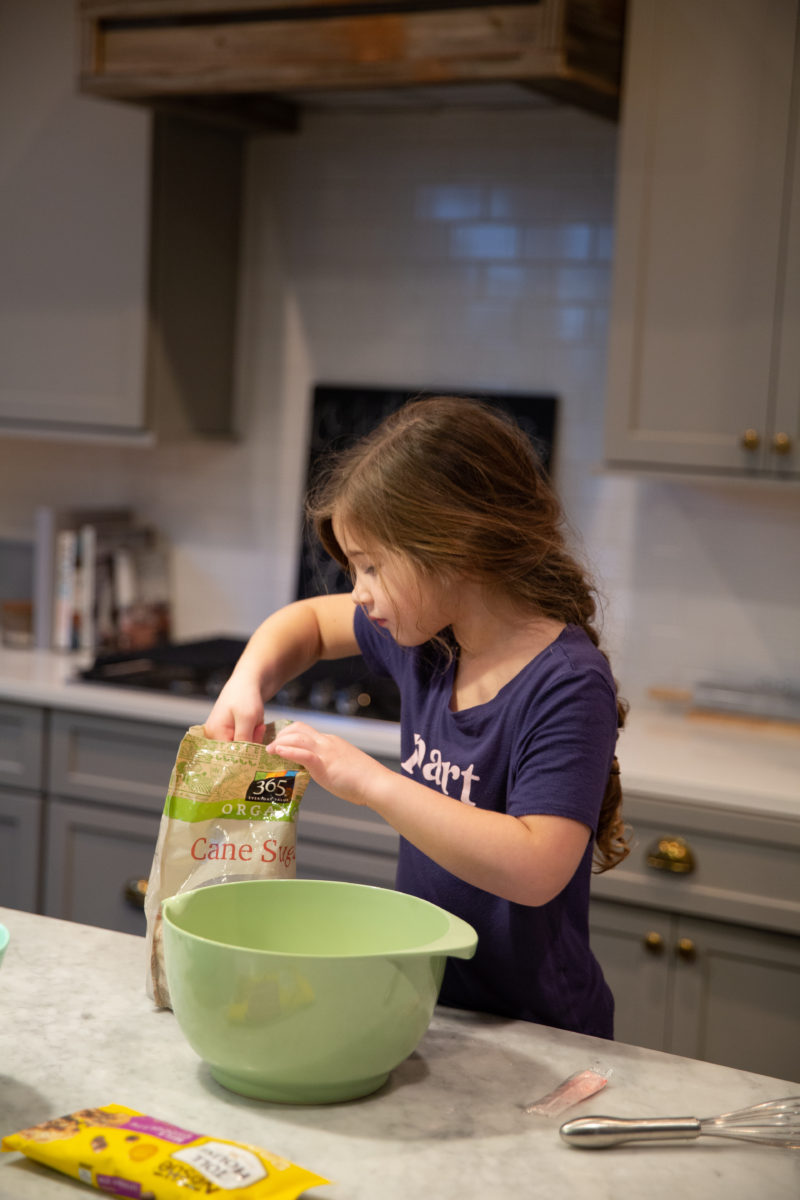 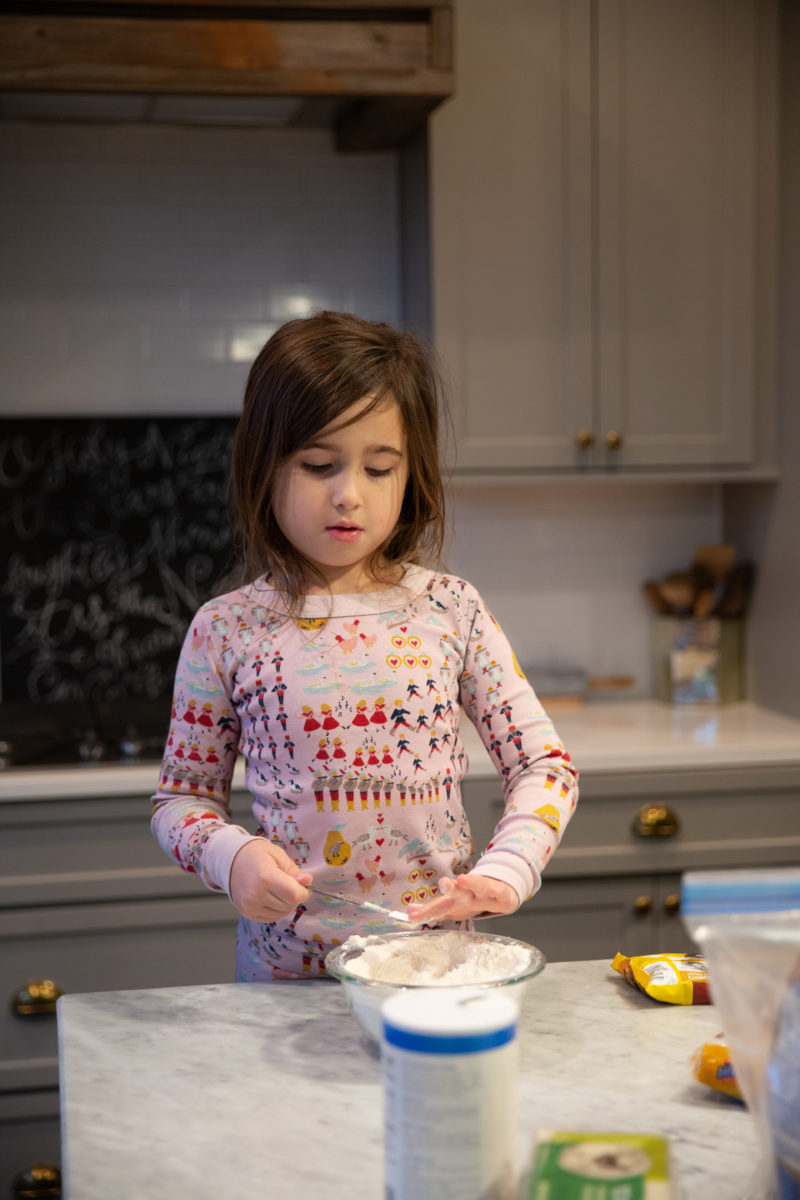 A song-and-dance performance by Cricket (dressed as an angel?) 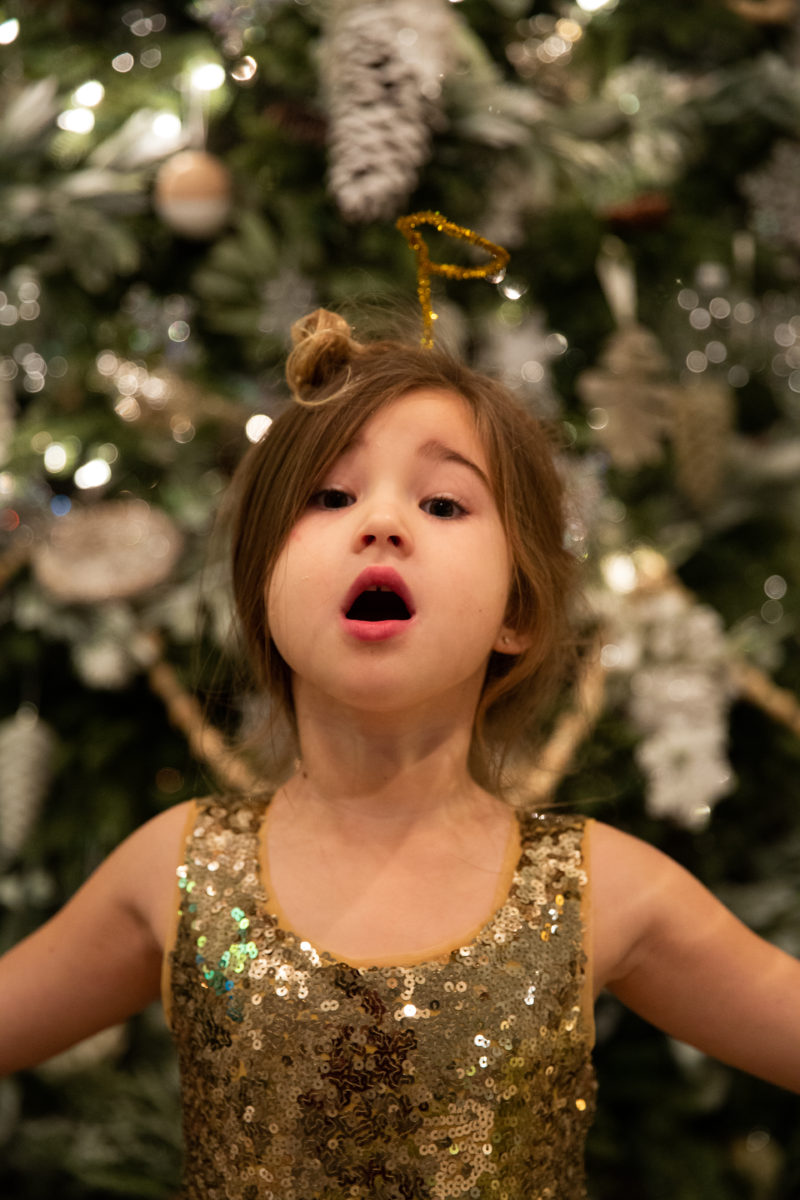 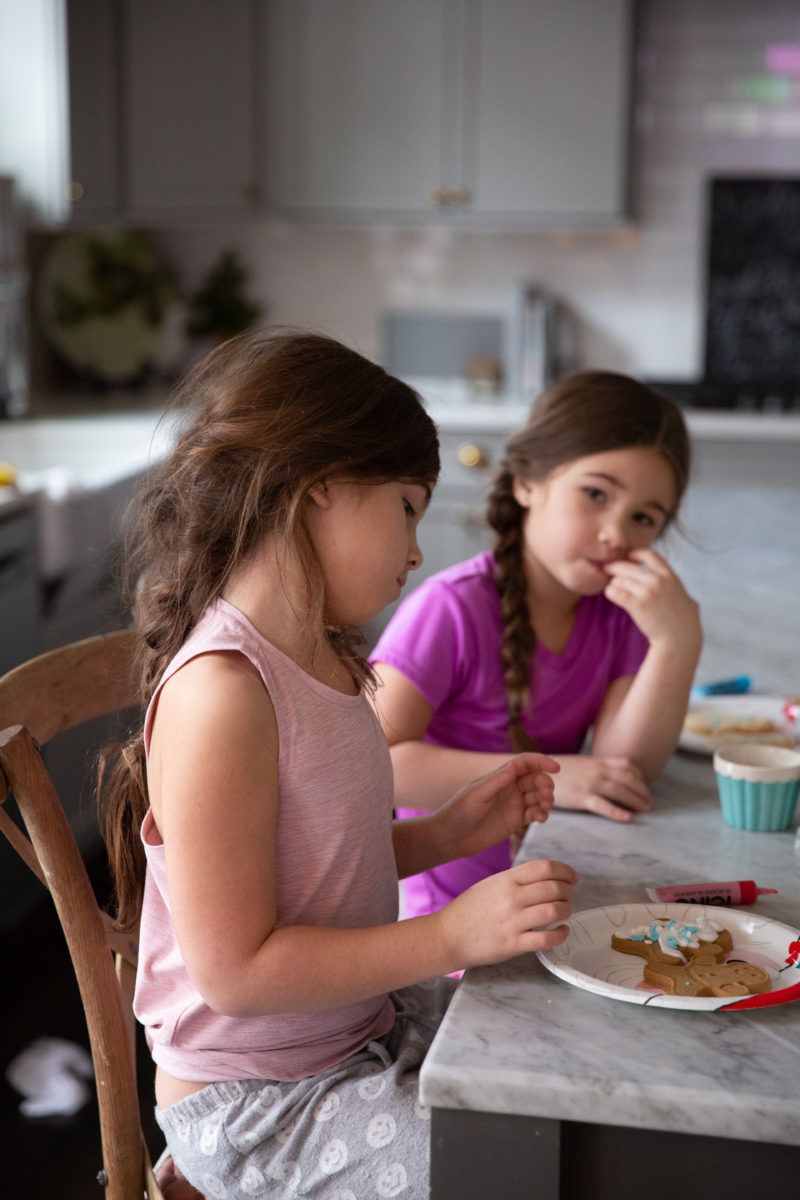 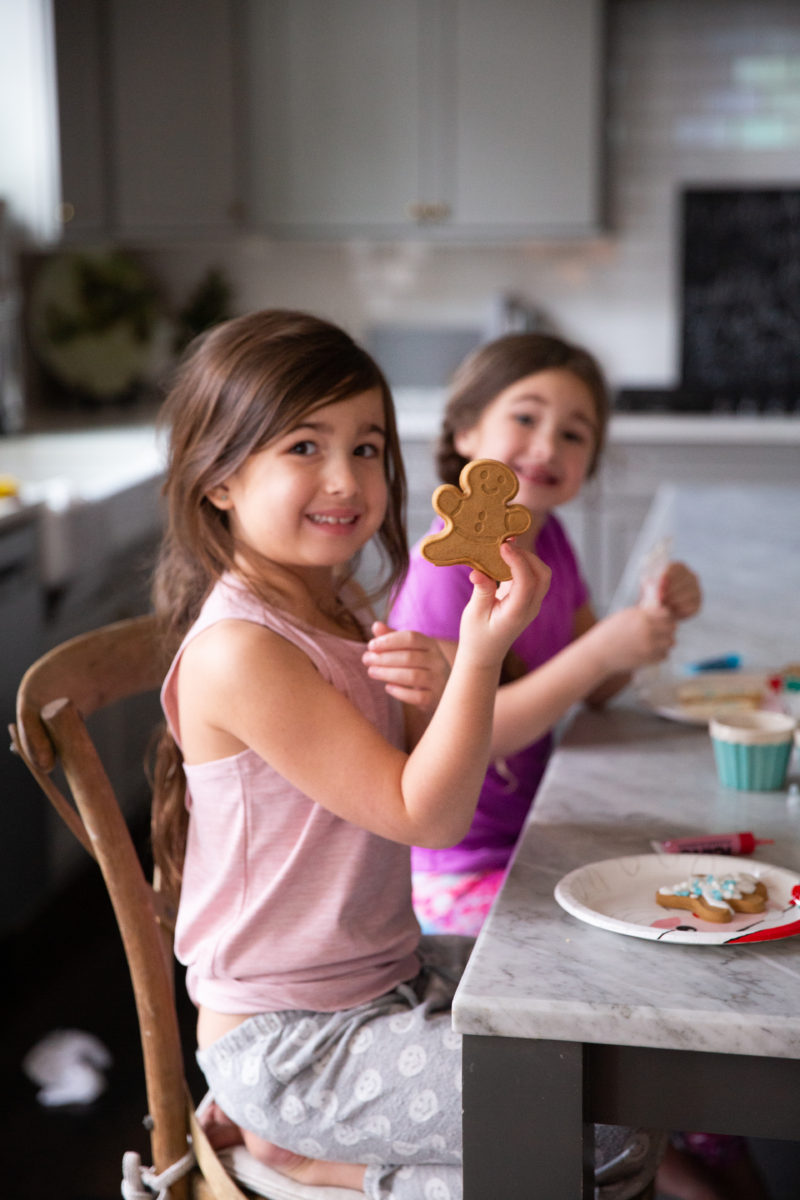 Driving around looking at Christmas lights 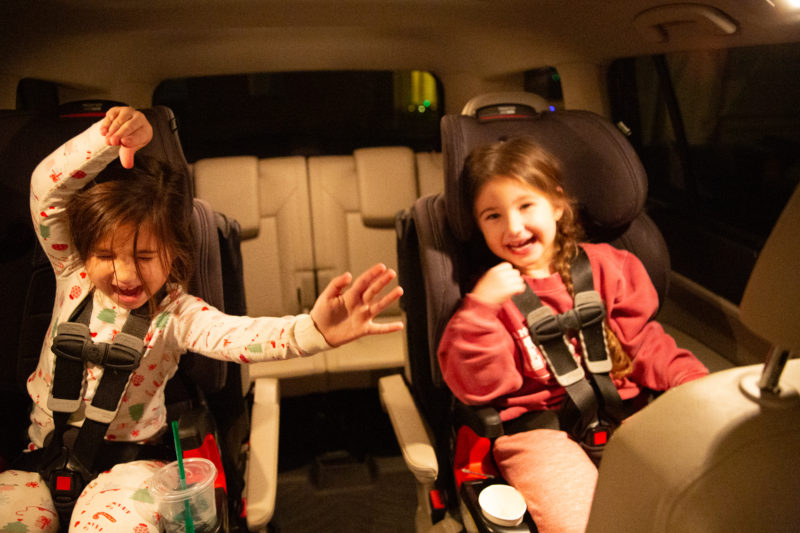 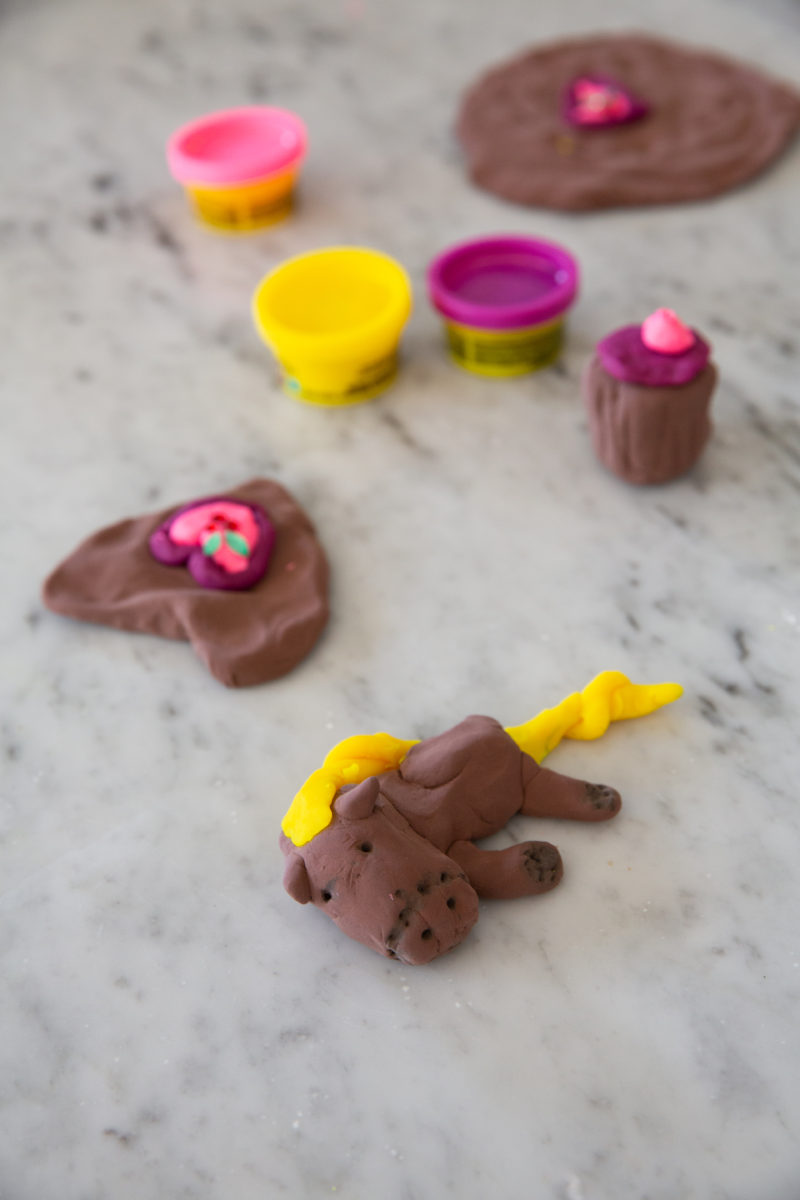