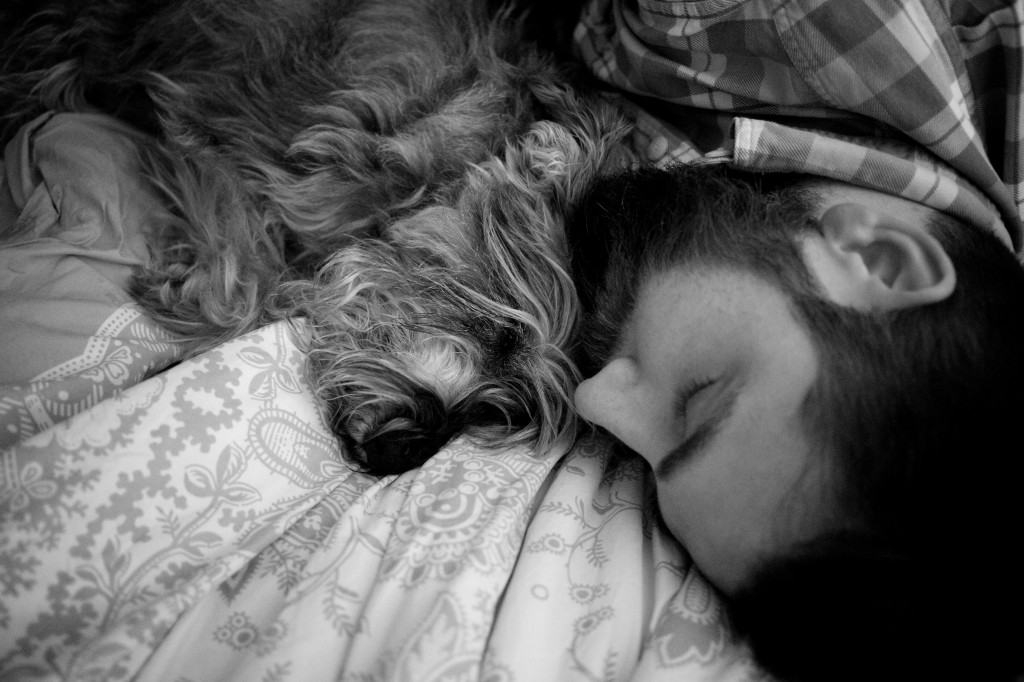 Oh, my broken heart! I just want to hold him and tell him that it’s going to be alright…

I cried today. In public. Uncontrollably. Without shame.

Let me back up a bit…If you’ve been following along with me on this blogging journey at all, then you know that our dogs, Oscar and Olive, are precious to Ryan and me. They are our best friends, our “kids before we had kids,” and our confidants. When Ryan’s out of town, Oscar’s the man of the house; when I need a silent shoulder to cry on, Olive will sit with me for hours. We would do anything for them, no questions asked, especially when it comes to their health…

Recently, when our vet said it was time to get Oscar’s teeth cleaned (again), there was no question of whether or not we’d follow her advice. We had done the procedure (which is expensive and requires anesthesia) about two years ago just before E.V. was born, so I do have to admit that I was a little annoyed since his last cleaning didn’t seem that long ago. However, his breath had been STINK-Y for a while (which is unusual for him), so I agreed…and then I postponed. The vet had also noted a tooth she thought was rotten (explaining the bad breath) and needed to be extracted at the time of the cleaning, and when the front desk priced it out, I said an internal, “Ouch!” Fast forward a few months, and I finally scheduled his surgery for today, namely to delay the cost and because I knew Ryan would be home over the next few days to help me with my sore-mouthed little guy.

I dropped off Oscar and Olive (who had some blood work done) early this morning and went about my day; both dogs were in for routine procedures, and although I was anxious, I had been told repeatedly that I had nothing to worry about. Amongst my morning errands, I met up with my mother for a casual lunch, but the second we got settled, our meal was interrupted with a call from the vet.

“First off, Oscar is FINE. He’s doing fine under the anesthesia; his vitals are good. However, his periodontal disease is much worse than I originally thought. In fact, it’s very severe despite not being visible above the gum line. I’m going to have to extract more than just that one tooth.”

I was confused and upset to say the least.

Cue uncontrollable, very public crying. (It was so uncontrollable that I didn’t even try to stop Emma Vance as she globbed yogurt in my hair repeatedly with her spoon in an attempt to feed me.)

Cue the guilt. How did this happen? But we JUST had his teeth cleaned! What happened to “one tooth?!?” What did I do wrong?

Needless to say, today was a bad day. For everyone.

The fear, worry, guilt, and pain over this shocking news weighed on me all afternoon as we waited to hear how his extractions went. (It was a VERY long procedure.) I spent most of the day crying; Ryan spent most of the day trying to cheer me up. Since Olive’s blood work was done way earlier than Oscar’s surgery, Ryan picked her up after lunch. Having her home didn’t help my mood as much as I thought it would: She was clearly distressed and upset that she didn’t come home with Oscar and spent the afternoon moping around without even a single bark. We kept reassuring her (as if she clearly understood plain English) that Oscar was going to be okay, but it didn’t help. She just sat at the top of the stairs on the back porch, staring at the driveway as if to will her best friend to come home. Cue heart breaking into a thousand pieces.

When we finally received the post-surgery call from the vet, she said that Oscar was doing very well and in good spirits and that she had managed to save six of his teeth. SIX. My heart sank. I cried again, mostly because I knew how confused he must’ve felt upon waking up in a strange place, in so much pain, alone, with an empty mouth. I could hear the pain in the vet’s voice even as she tried to cheer me up: His bone loss was so bad that he had to have been in a lot of pain; he’ll live a normal life; he’ll be happier for the relief. But we both knew that the truth was there, stuck between us like a giant elephant. A giant toothless elephant.

When I picked him up, he was clearly relieved to be going home. I laid my hand on his back as he curled up in the passenger seat next to me, a tired, miserable little ball of scraggly fur. His eyes looked up at me as if to say, “Please, Mom, just take me home…” And I did.

Olive perked up immediately at Oscar’s return and hasn’t left his side since. We’ve all been a little on the quiet side, sad but thankful that he’s okay. Tonight has been filled with lots of pain meds, snuggling and sleeping. His sad, stitched up little mouth has bled all over my duvet, but I really couldn’t care less. All I want is to be able to explain to him what happened today. All I want to do is take away his pain. All I want is for him to feel better…

All I want for Christmas is Oscar’s two front teeth.

(Oh, and in case our little friend wasn’t pitiful enough as it is, the vet said there’s a chance that his tongue will hang out of his mouth now that he’s basically toothless…) 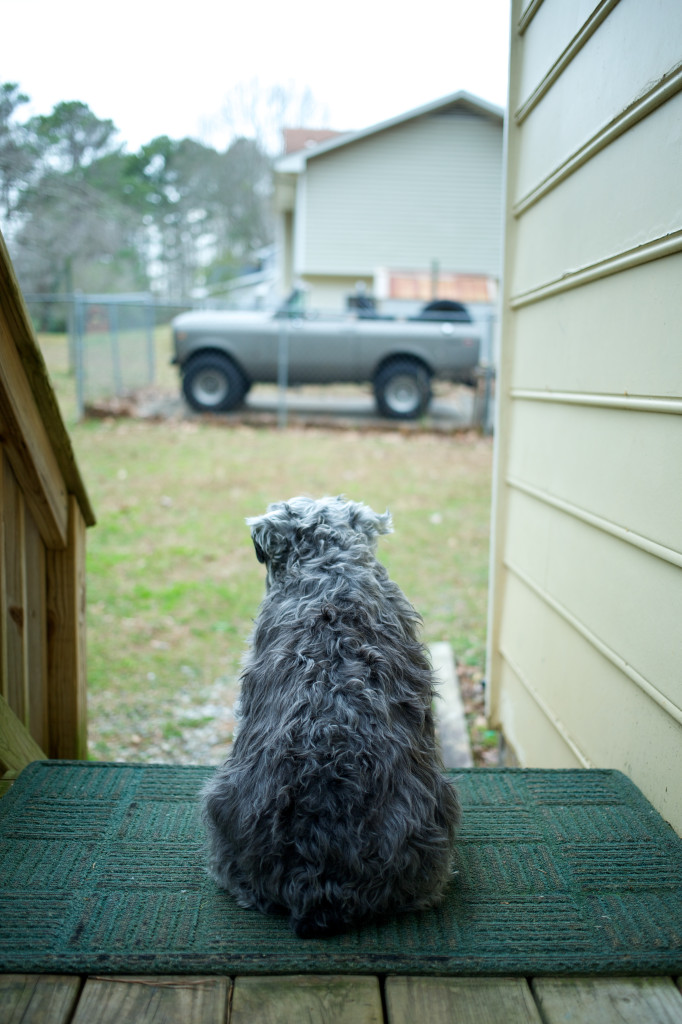 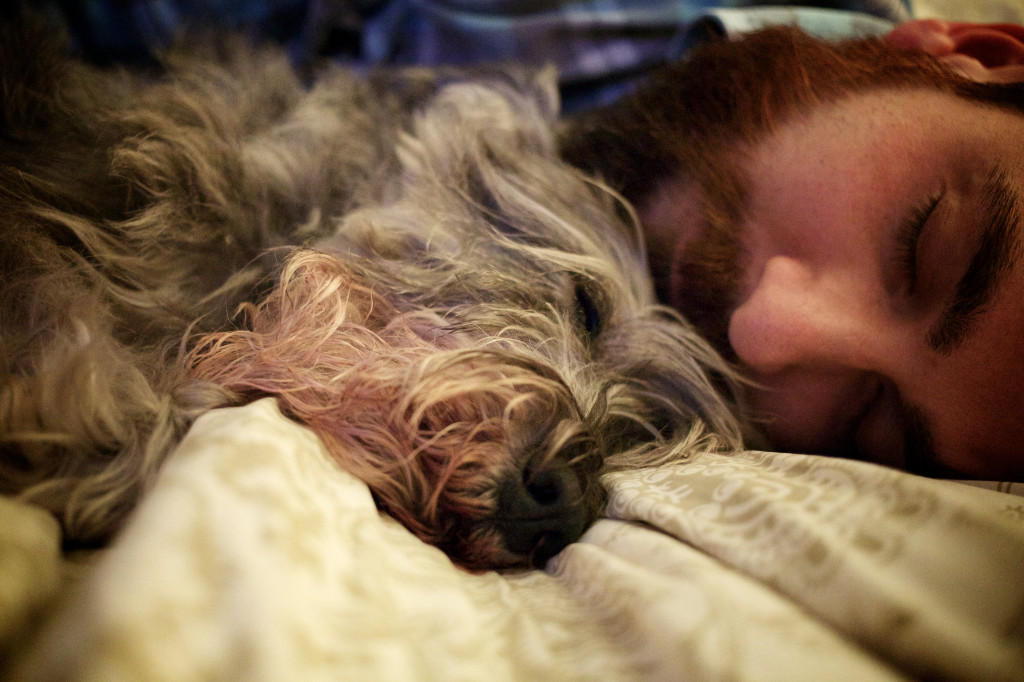