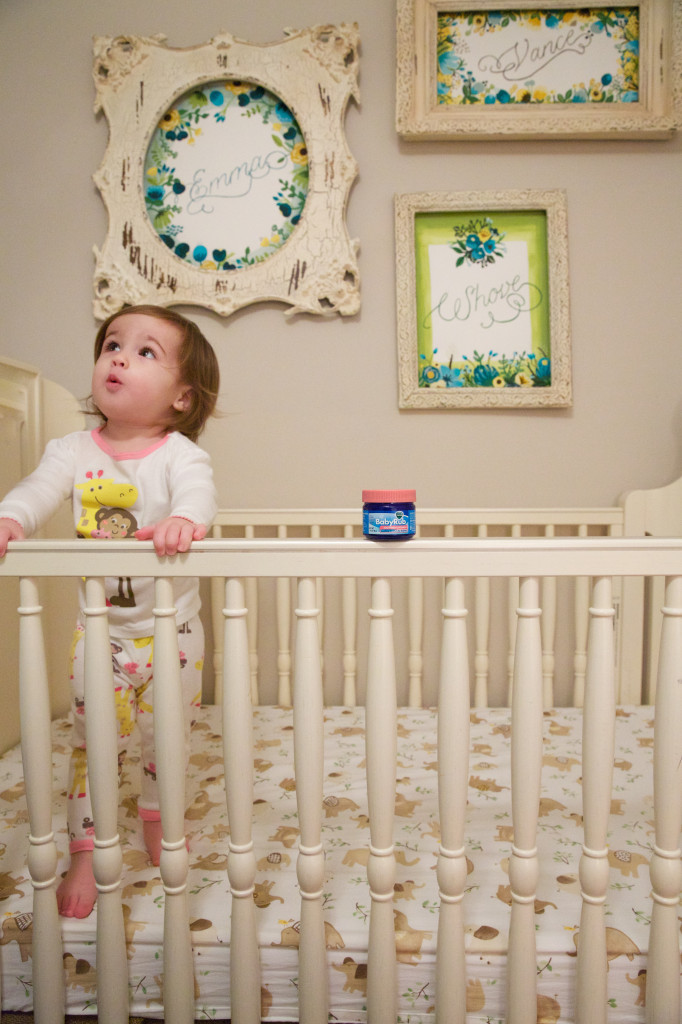 Haha! Did I fool you into thinking we’re naming our little bundle of joy “Vicks?” Yeah, right. No, instead this post is about (yep, you guessed it) our being sick…again. For like the billionth time this season. Ugh.

I’ve been keeping Emma Vance from other kids as much as possible over the past few weeks because she was finally 100% healthy. We’d been enjoying peaceful, sleep-filled nights and happy, energetic days for about three weeks when I decided to get back to the gym. In my heart, I knew I was putting E.V. at risk by taking her to the gym daycare, but she’d been kid-free for so long, I knew she was dying for some socialization. So, against my better judgment, we started going back to that germ-a-palooza at the beginning of the week, and, wouldn’t you believe it, by Tuesday she came home with a fever. Of course. The fever only lasted a night, and for the rest of the week, her little cold had been developing slowly enough that I wasn’t too concerned about it–until last night.

At 3 a.m., Emma Vance woke up coughing like crazy and crying out. I scooped her up and snuggled her back in our master bedroom, but it soon became obvious that she was so phlegm-filled that even her breaths in were labored. By 3:30, Ryan and I were both up trying to comfort her, and shortly thereafter I found myself driving in the pitch-black night and freezing rain to find a 24-hour pharmacy. (Seriously, with the silent streets and scary coughing, I was having a total “Walking Dead” moment.) In the haze of my mid-night panic, I remembered a conversation from earlier in the week with one of E.V.’s music teachers: She had mentioned that putting Baby Vicks (that yucky menthol-y stuff I refused as a child) on a baby’s feet (and then covering them with socks) works wonders at stopping late night coughs and congestion. I thought it was a weird tip at the time, but I thankfully had backlogged it in my brain. I returned to our cozy home triumphantly carrying a jar of Baby Vicks and some shower tablets. I’m pretty sure that Ryan thought I was insane putting Baby Vicks on E.V.’s FEET, but when your child’s suffering and it’s 4 a.m., you don’t argue with a pregnant woman. Good husband.

Within about 30 minutes the Baby Vicks had done its job! Emma Vance’s coughing had pretty much subsided, and although it was still tough for her to breathe, she was able to get a little bit of sleep. It’s the weirdest trick, and I have NO IDEA why it works. (Something about all the nerve endings in the feet?) However, it’s one that I’ll log into my “Old Wives’ Tales Proved True” book.

As for tonight, we’re prepared, although Ryan and I have both come down with Emma Vance’s respiratory bug as well. (Is there EVER a time that parents don’t get whatever germ their kid has?!?) E.V. went to bed with Baby Vicks feet, and we’ve got extra waiting on the nightstand. (We may even have to try seeing if the ol’ Baby Vicks thing works on grown ups as well!) Once this cold is over, we may not leave the house until Old Man Winter is long gone! 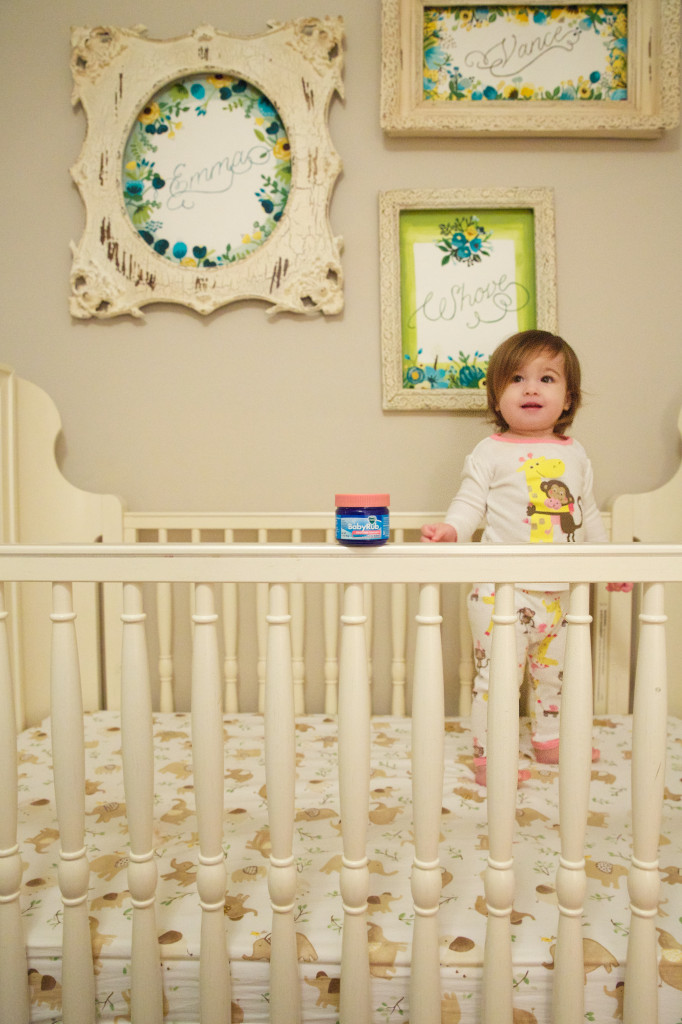