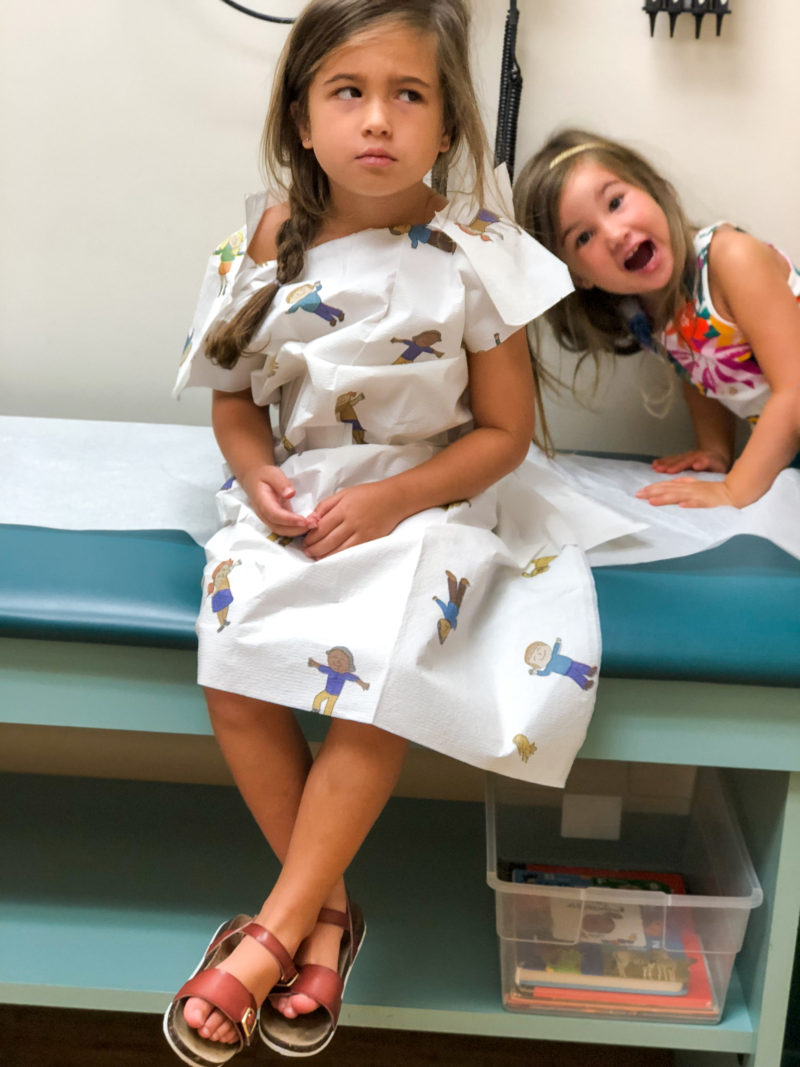 Today was Emma Vance’s six-year check-up. Well, technically it was LAST week, but I got the dreaded where-are-you voicemail from the doctor’s office. Why do I ever think I will remember appointments made months in advance??

E.V.’s check-up went just as expected: She’s a healthy and happy six-year old at 45.5″ – 50th%, 48 lbs – 75th%. We are so very thankful for that! The biggest excitement from E.V.’s appointment was that she’s finally old enough for a gown (which she took very seriously, reprimanding the doctor for peeking underneath it at times). While I watched Emma Vance playing with a latex glove balloon (classic mom-left-waiting-too-long trick) in the too-big paper dress, I tried not to dwell too much on the irony that she had requested that Teddy to join her today. Technically she’s growing up, but she’s still my little girl — and I want to keep it that was for as long as possible.

As for Cricket’s appointment…

Our kids are immunized, but we’ve been working off a delayed schedule for the vaccines. Cricket was still in need of her four-year shots before school starts next month, so I lumped the girls’ two appointments together and crossed my fingers. Cricket has a deathly fear of needles + blood, and every time the word “doctor” is said, she immediately freaks out and sobs about shots. Unsurprisingly, I opted to leave her impending boosters out of the conversation as we loaded up this morning and sweated in anticipation the entire three hours we spent at the office. At the last minute I shoved an iPhone in her hands, dangled an LOL doll in her face and held her down while two nurses poked her three times. And yet still, she screamed at the top of her lungs. #facepalm. The tears, the wailing, the flailing — the term”gnashing of teeth” doesn’t do it justice. SERIOUSLY. #Momlife can be THE WORST.

Putting aside all the guilt, anxiety and embarrassment I experienced this morning, I can’t help but celebrate because IT’S OVER! NO MORE SHOTS UNTIL 11! Hallelujah! I can breathe easy for at least five more years. (Although Cricket talked all day about how much she’s dreading those shots already. Sigh.) 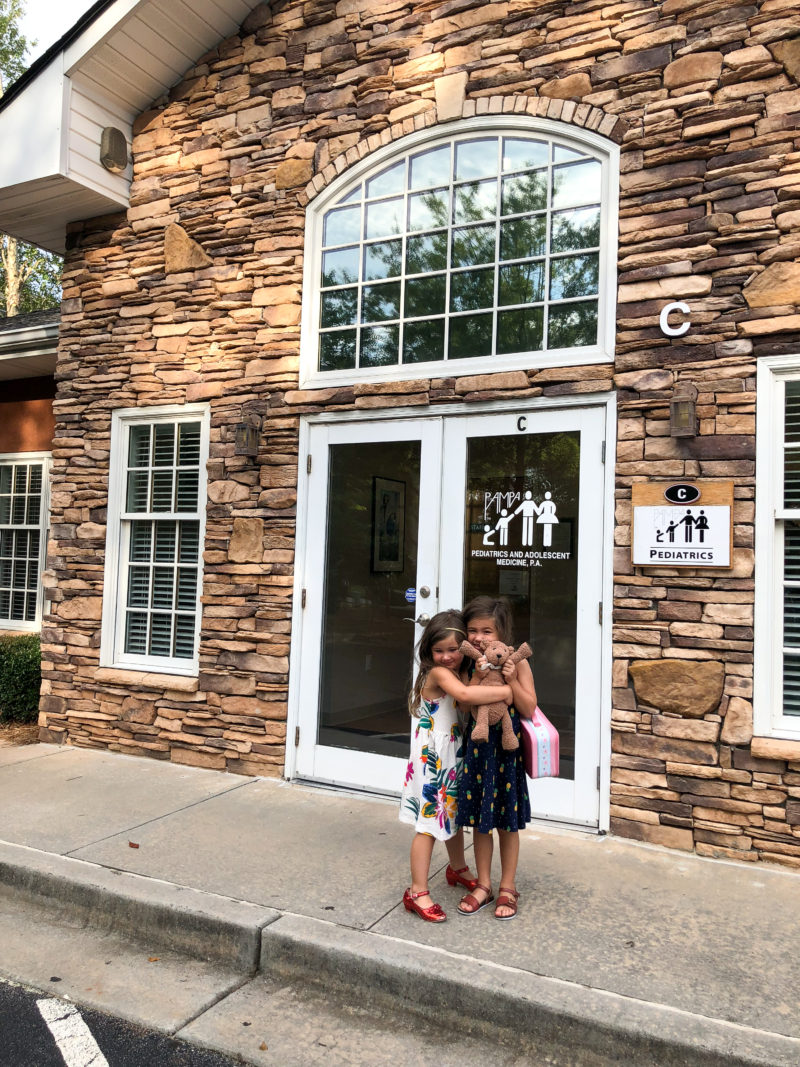 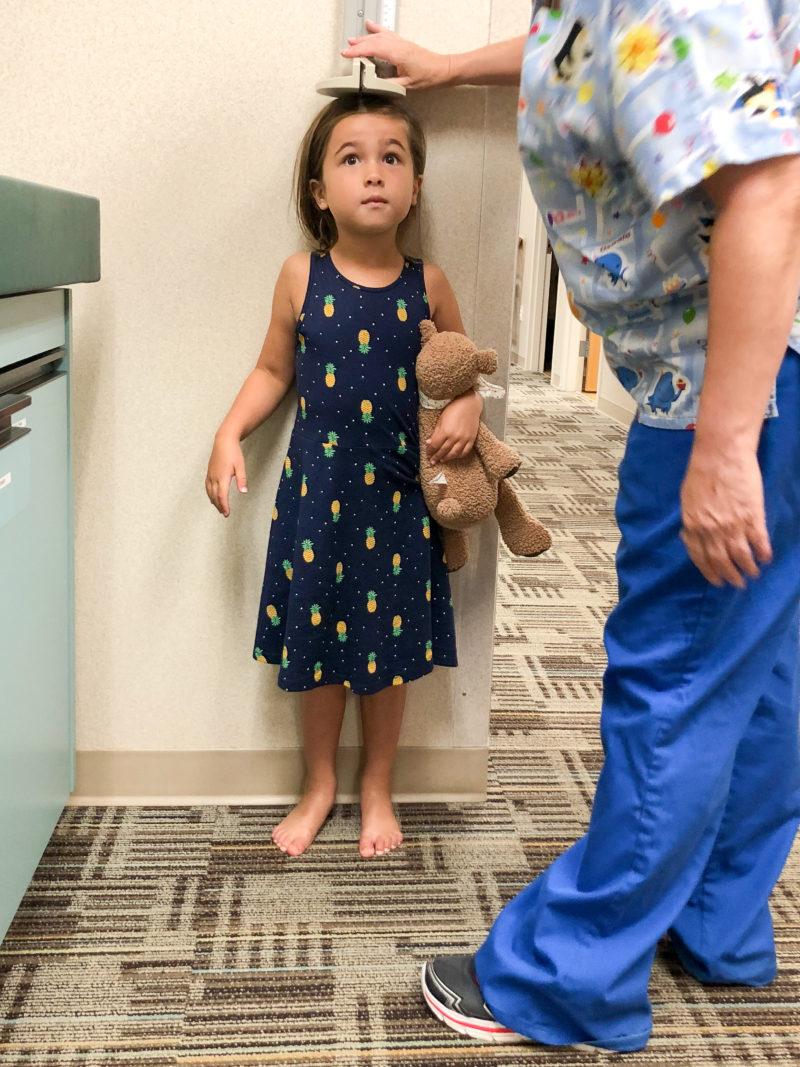 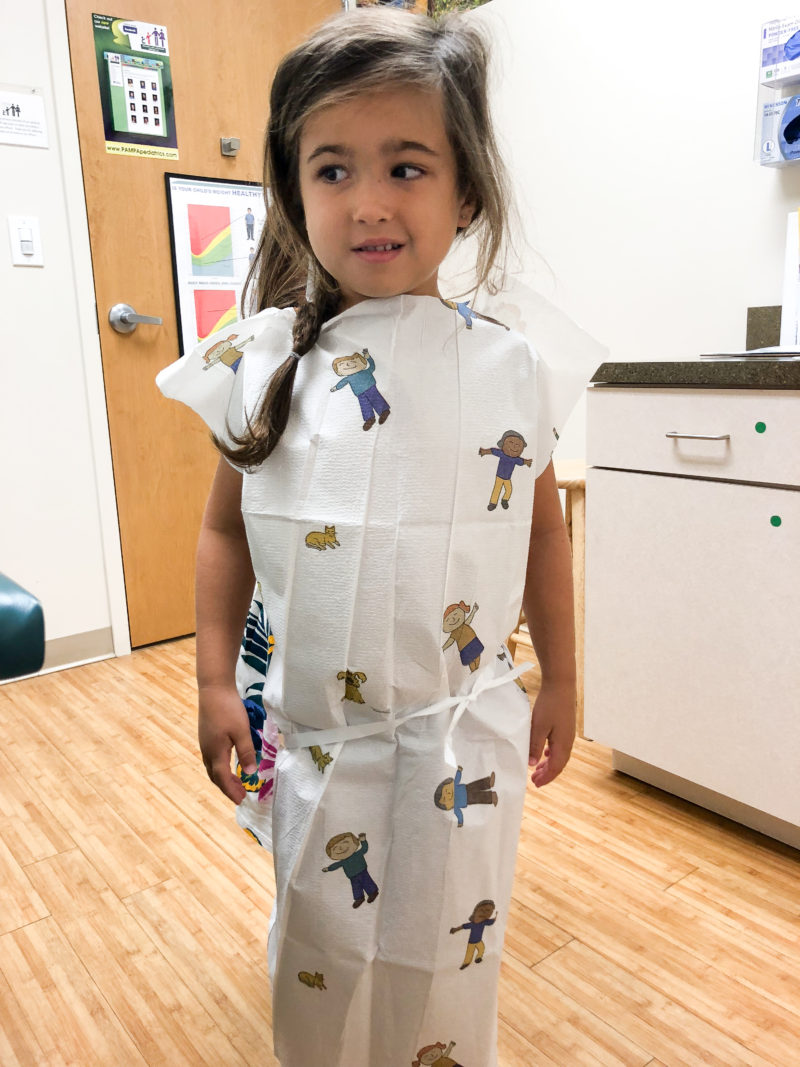 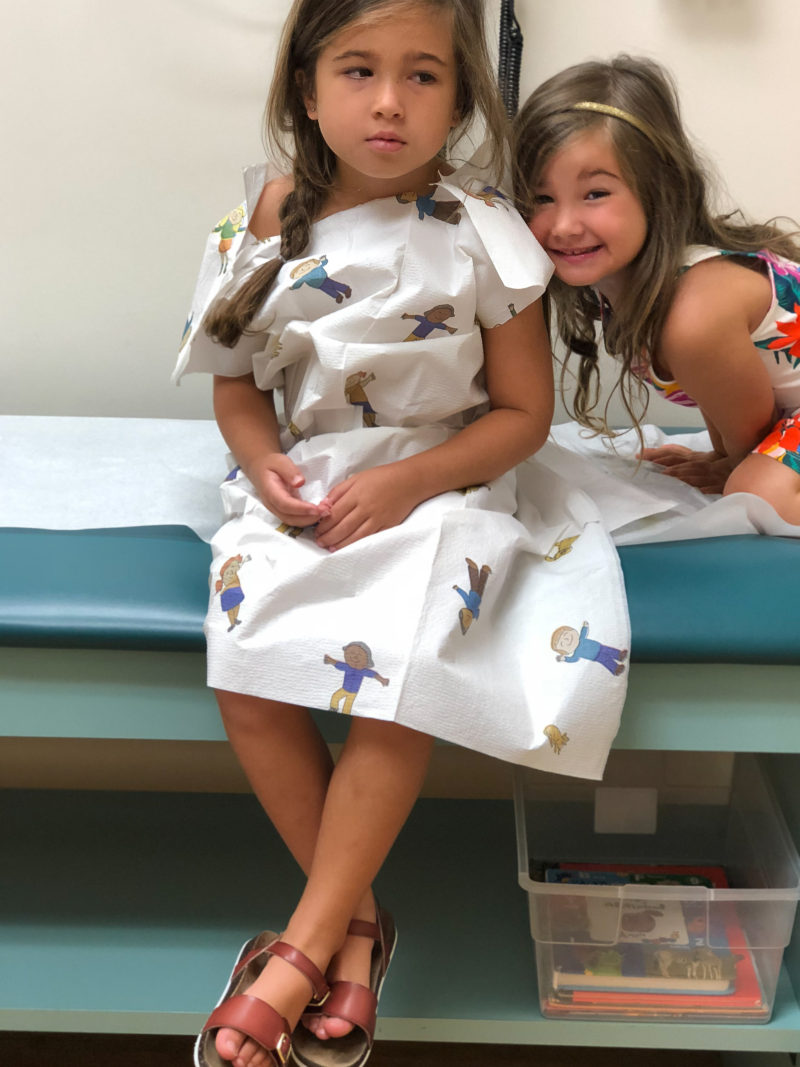 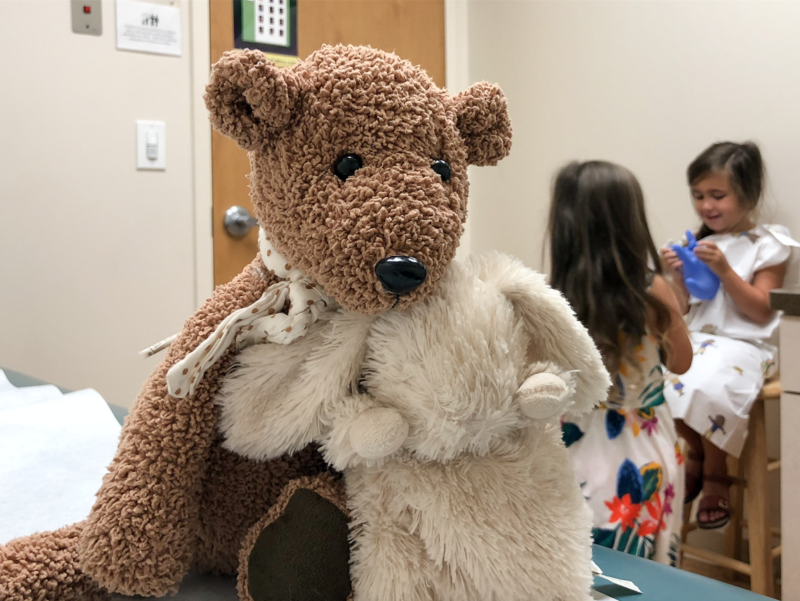 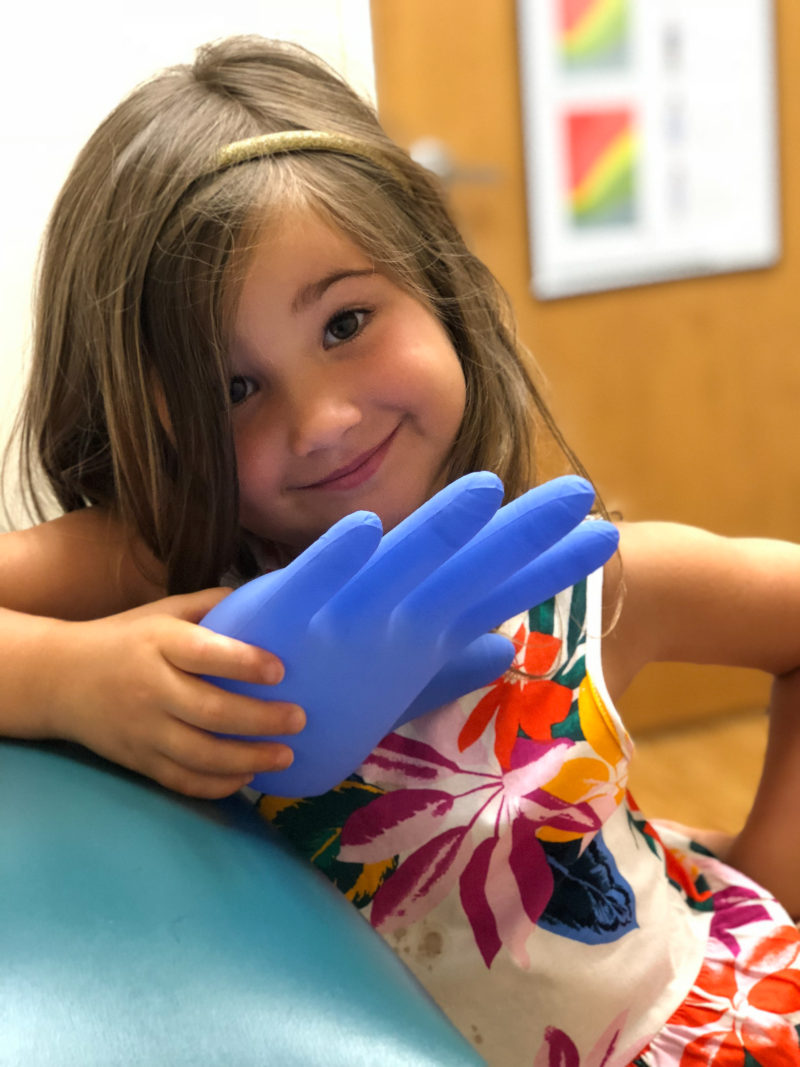 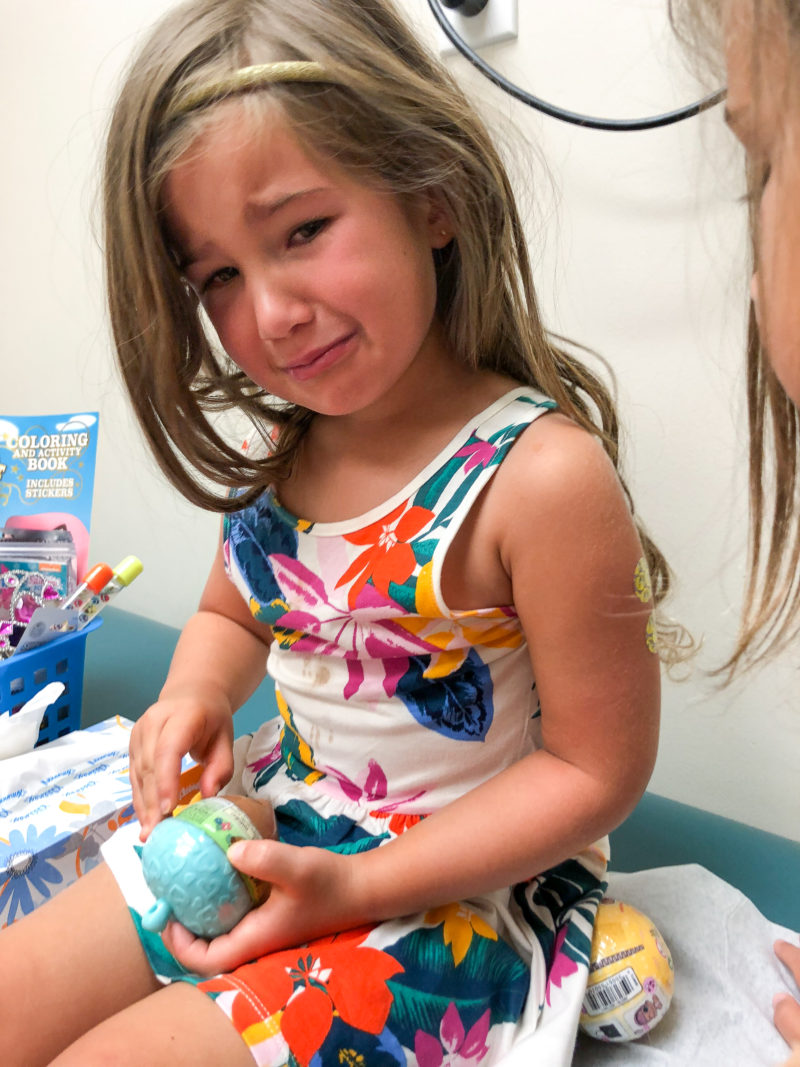 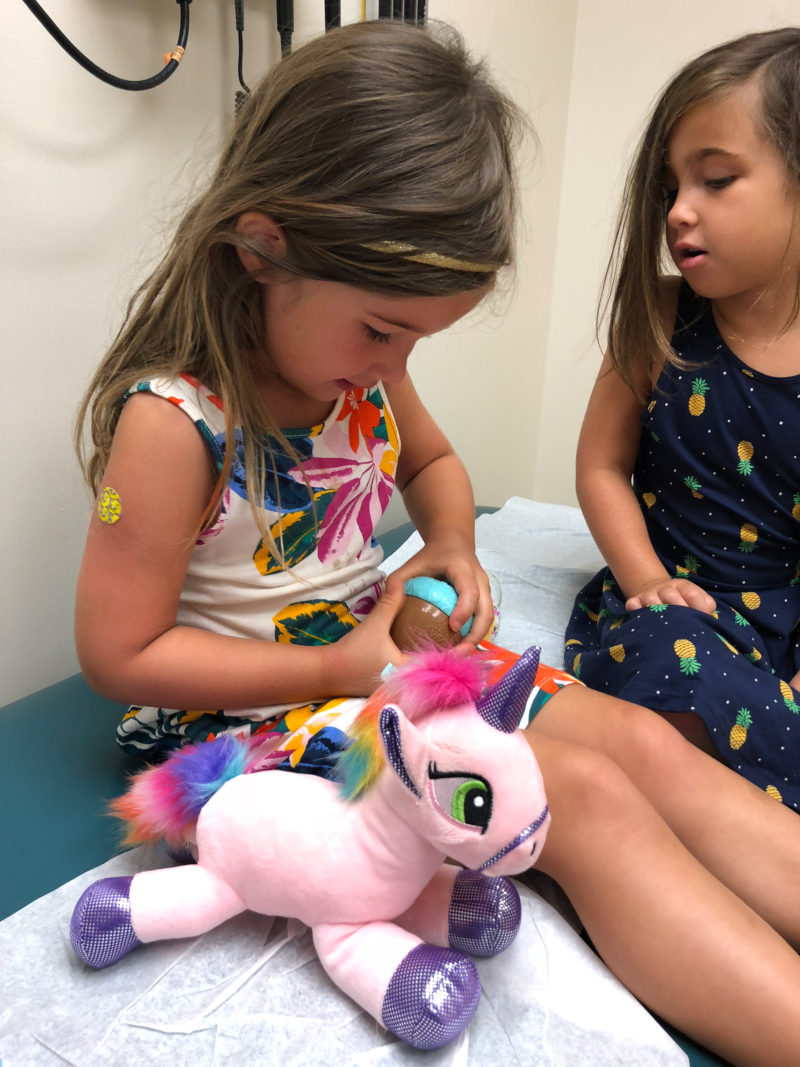